It sounds so snobbish but honestly, having no lifers for a full week now, I’m not sure what to do with myself!  After the nonstop rarity action that last week had, the birding this week has slowed down considerably.   Birding here can be that way, boom or bust.

With that said, there are still some amazing rarities that are continuing to be seen on St. Paul Island.  There was a lot of excitement when yet another WOOD WARBLER was found, this time at Marunich!  That makes the 5th and 6th ABA record of that species here on St. Paul at the same time.  Things got a little shifted around yesterday when I bumped into a WOOD WARBLER at a new location, the upper cut of Polovina Hill.  However, the Marunich bird had gone missing and it’s our thought that this was the same bird: 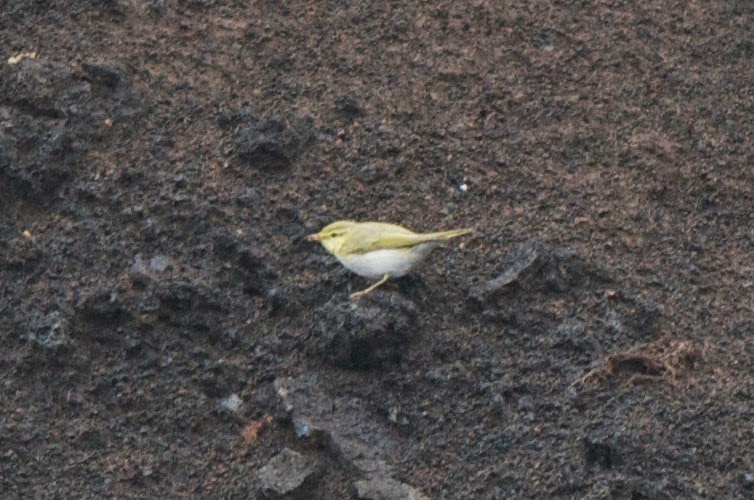 Although we have continuing numbers of BRAMBLINGS, the 2 JACK SNIPE, and at least one OLIVE-BACKED PIPIT, most of our new arrivals have been American birds.  A new island bird for me, this skulky AMERICAN ROBIN, was found along a roadside first thing in the morning: 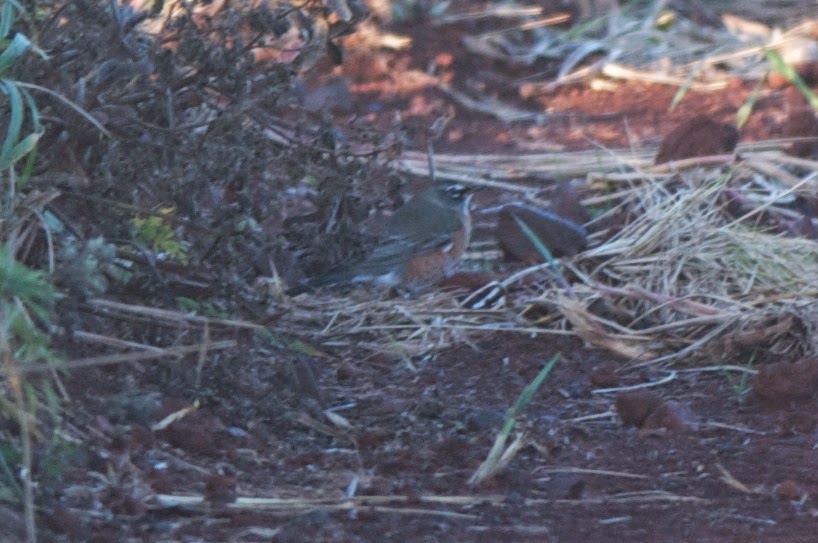 We also have had a few PINE SISKINS which were new for the year.  Another new species for the year showed up in Hutch Cut yesterday afternoon; the tiny RUBY-CROWNED KINGLET: 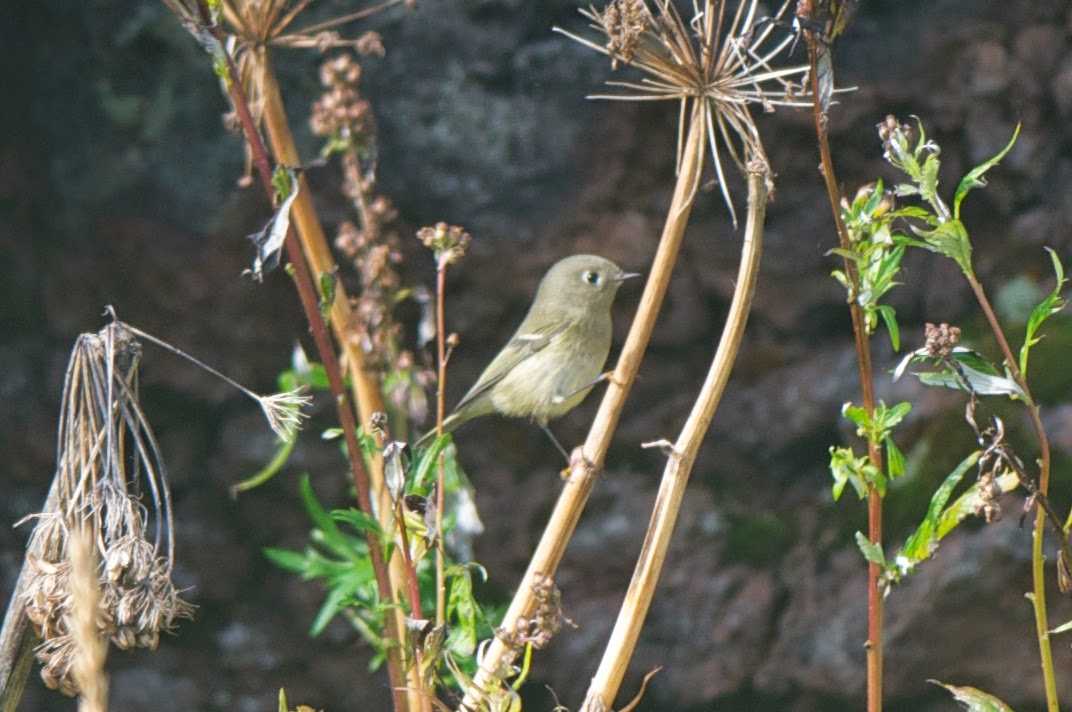 A few DARK-EYED JUNCOS arrived lately too including this one from the celery below Polovina Hill: 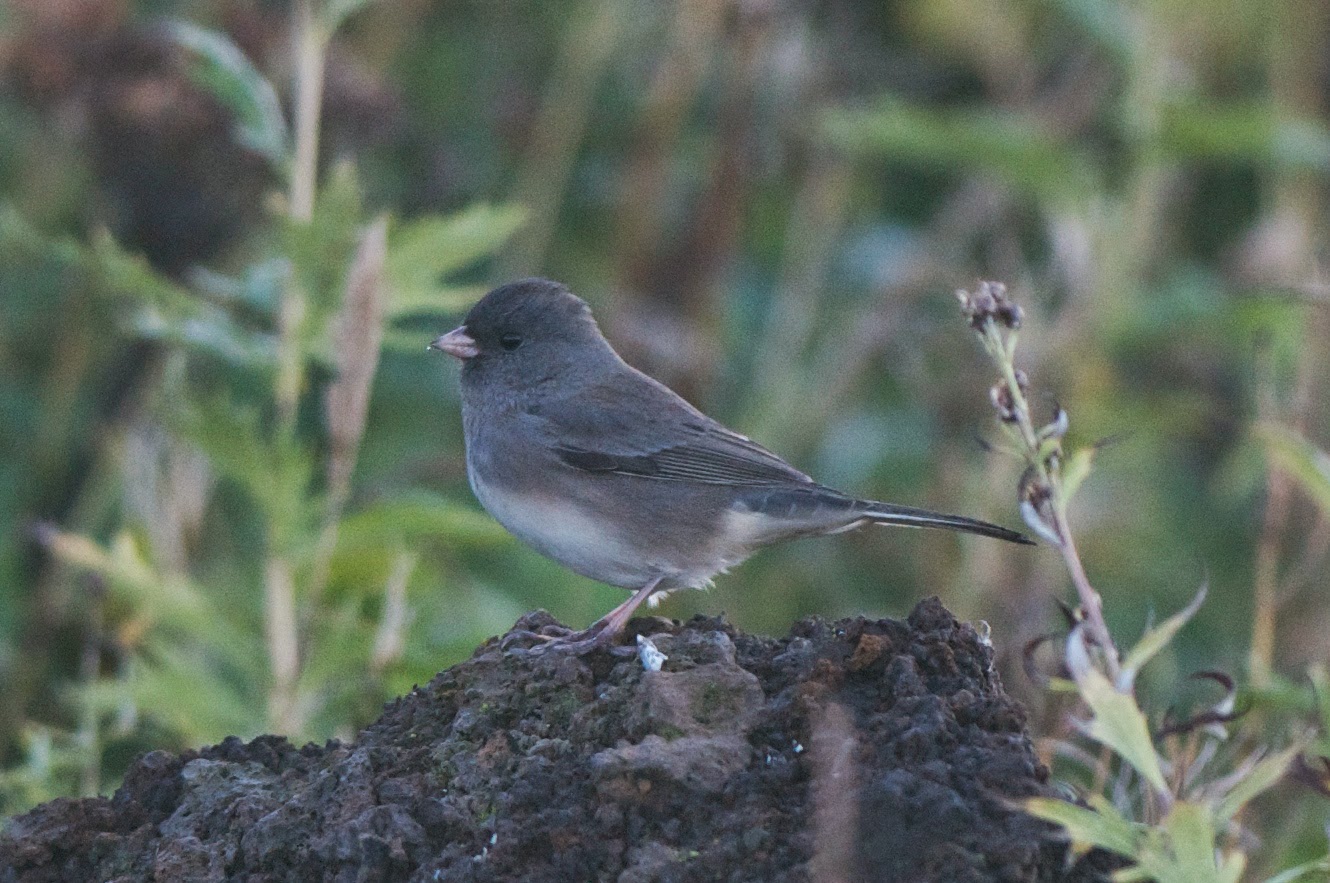 This particularly bright YELLOW WARBLER has been at the quarry crab pots for several days now: 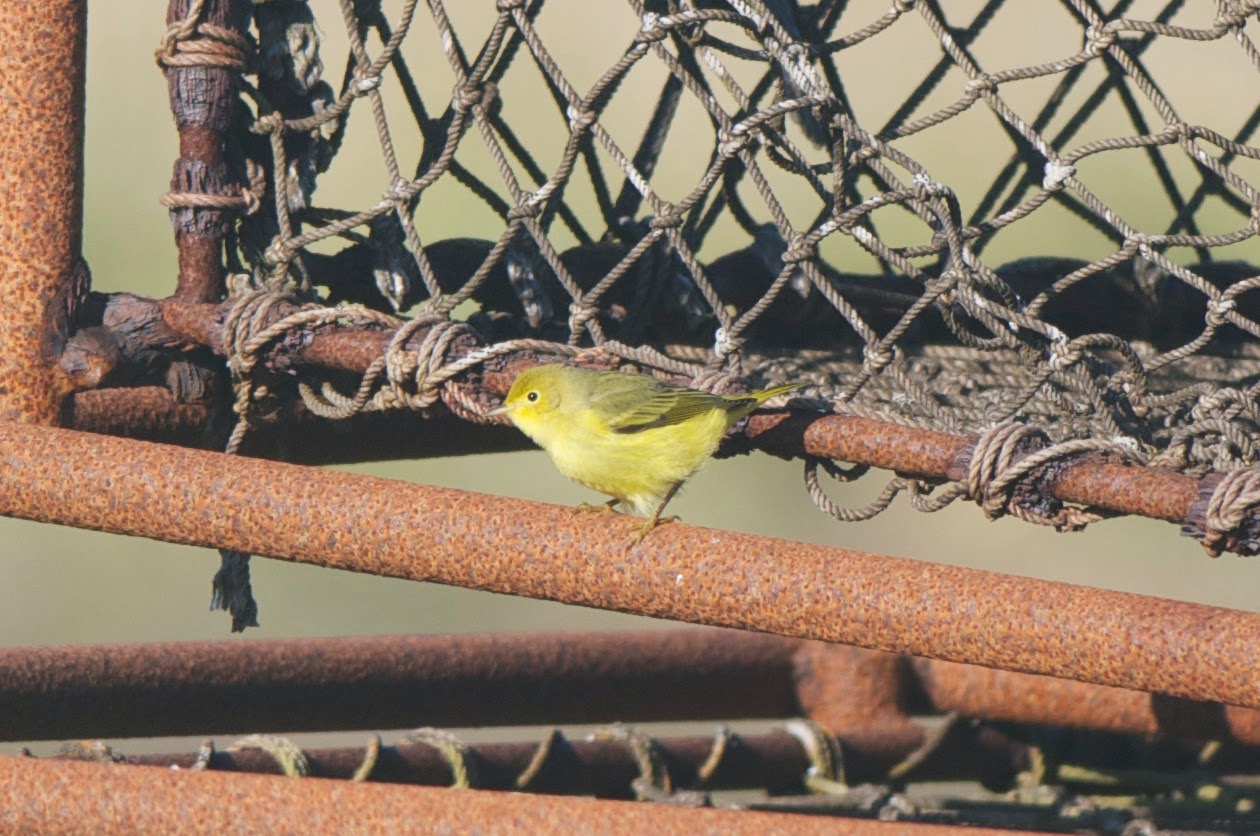 The long-staying 6 TUNDRA SWANS as well as 4 BRANT and 4 EMPEROR GEESE have been reliable lately.  Here are two of the latter on the rocks below Southwest Point. 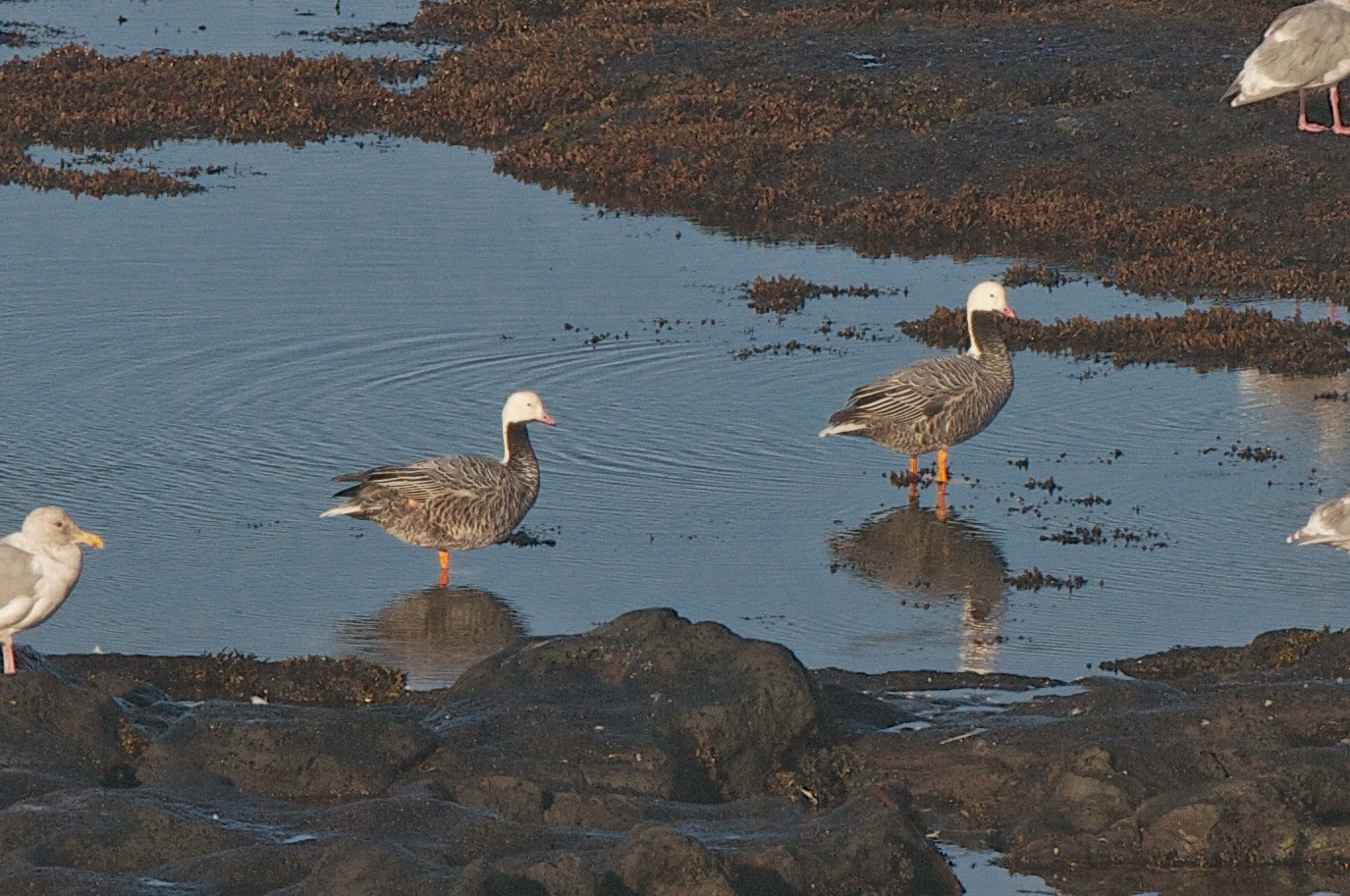 And then there are redpolls.  We see both COMMON and HOARY but many have features of both species and so identification isn’t as straightforward as many cavalier birders suspect.  Here are photos of redpolls from some crab pots: 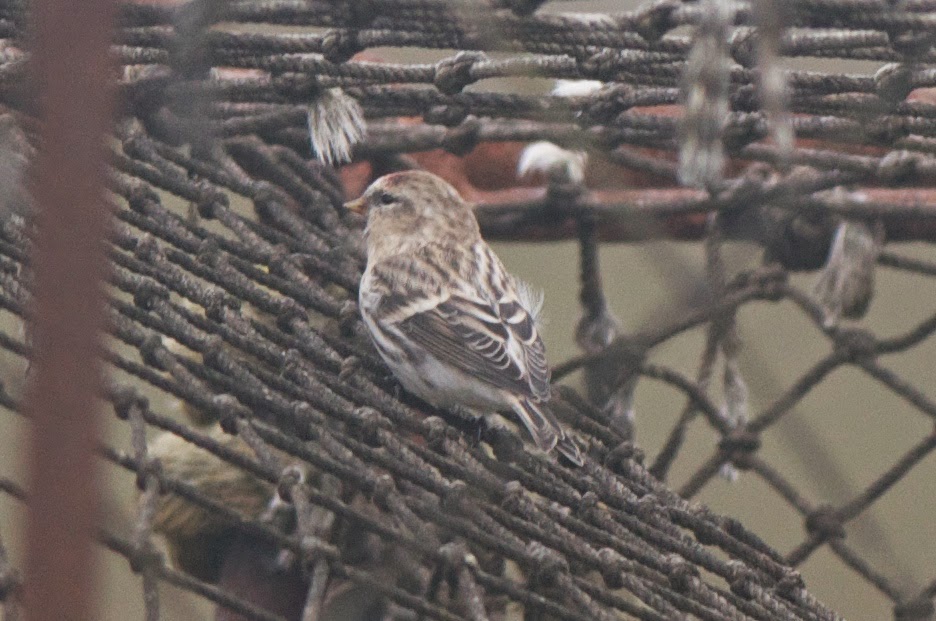 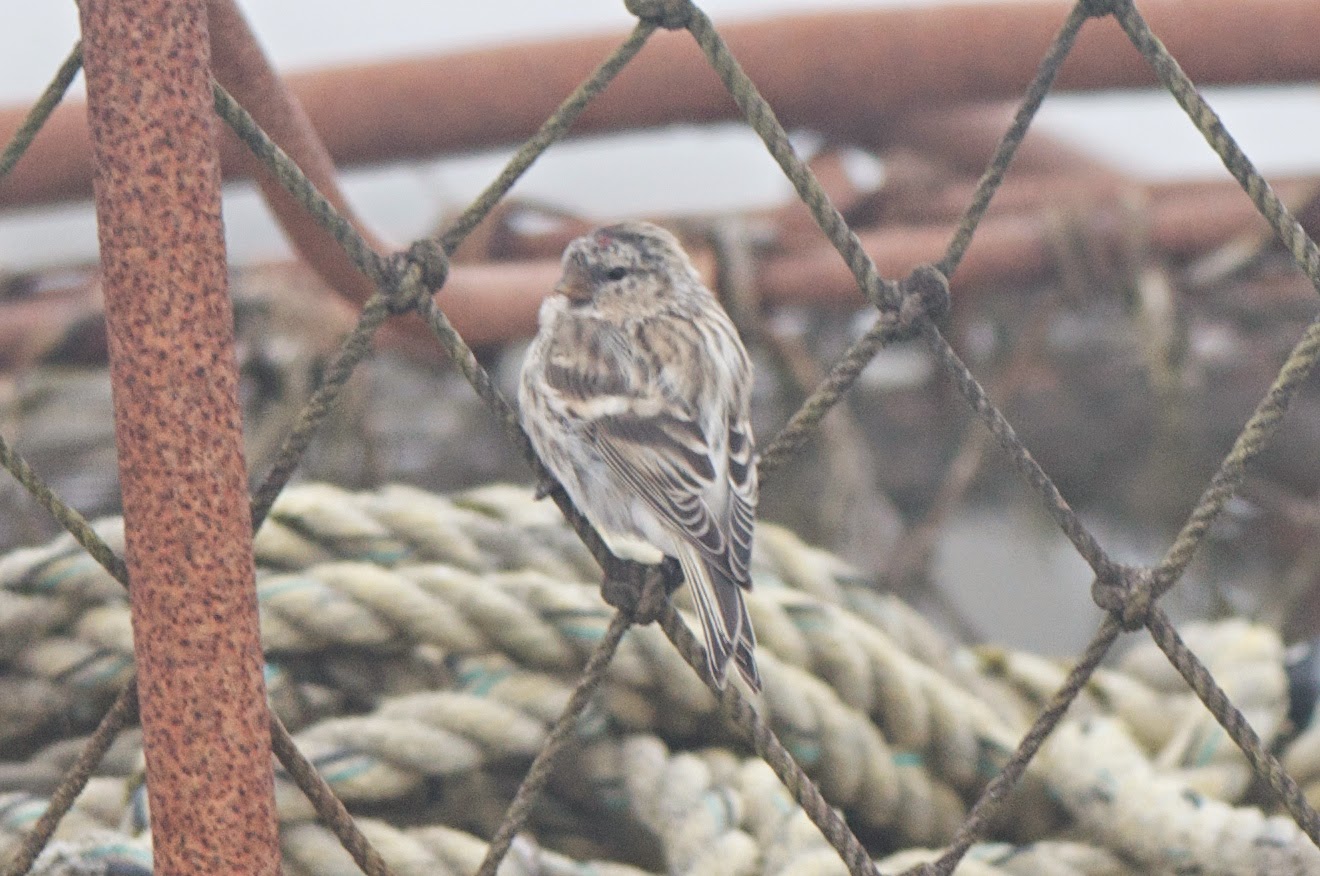 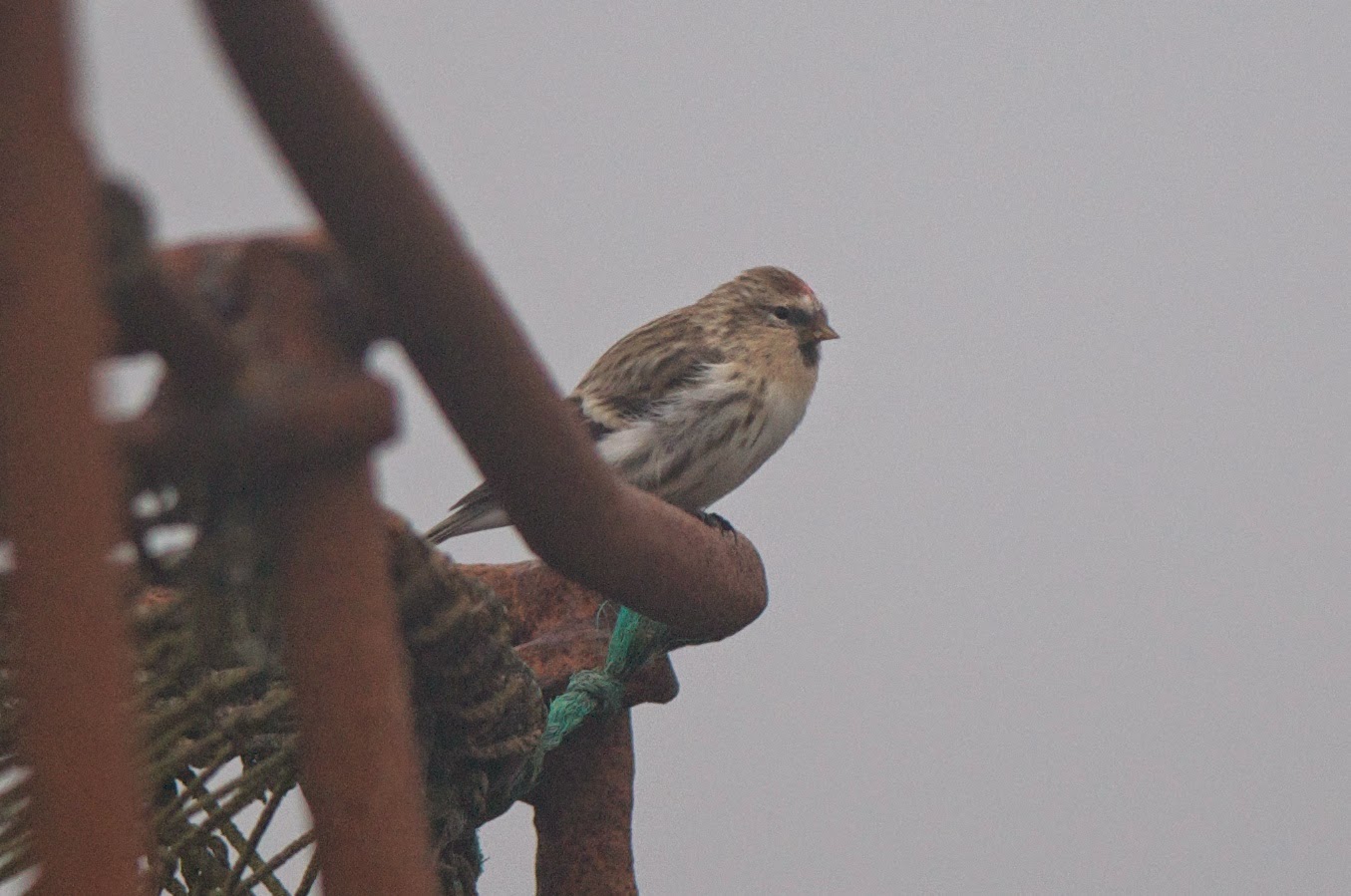 If you have any questions or comments, feel free to email me at: