I suppose I should start by confirming that yes, the JACK SNIPE was still present here on St. Paul Island as of yesterday.  We revisited the pond and I managed another grainy, distant picture: 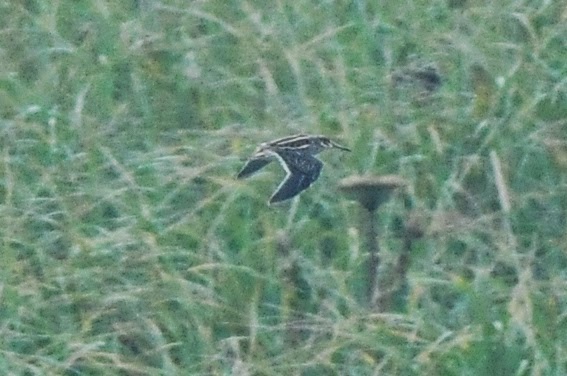 It is hard to believe though that we're past much of the shorebird migration already.  For example, some of the stints have very few records from here on out.   However, late-dates are made to be broken so I suppose we'll have to wait and see.

Besides, we still have some neat shorebirds around including the continuation of both kinds of tattlers.  At Marunich this morning, I stumbled on this GRAY-TAILED TATTLER showing nicely.  You can see the bold eyeline stretching behind the eye and the nasal groove that doesn't extend past 1/2 of the bill length.  It also look as if the eyelines might actually be joining on the forehead of this bird: 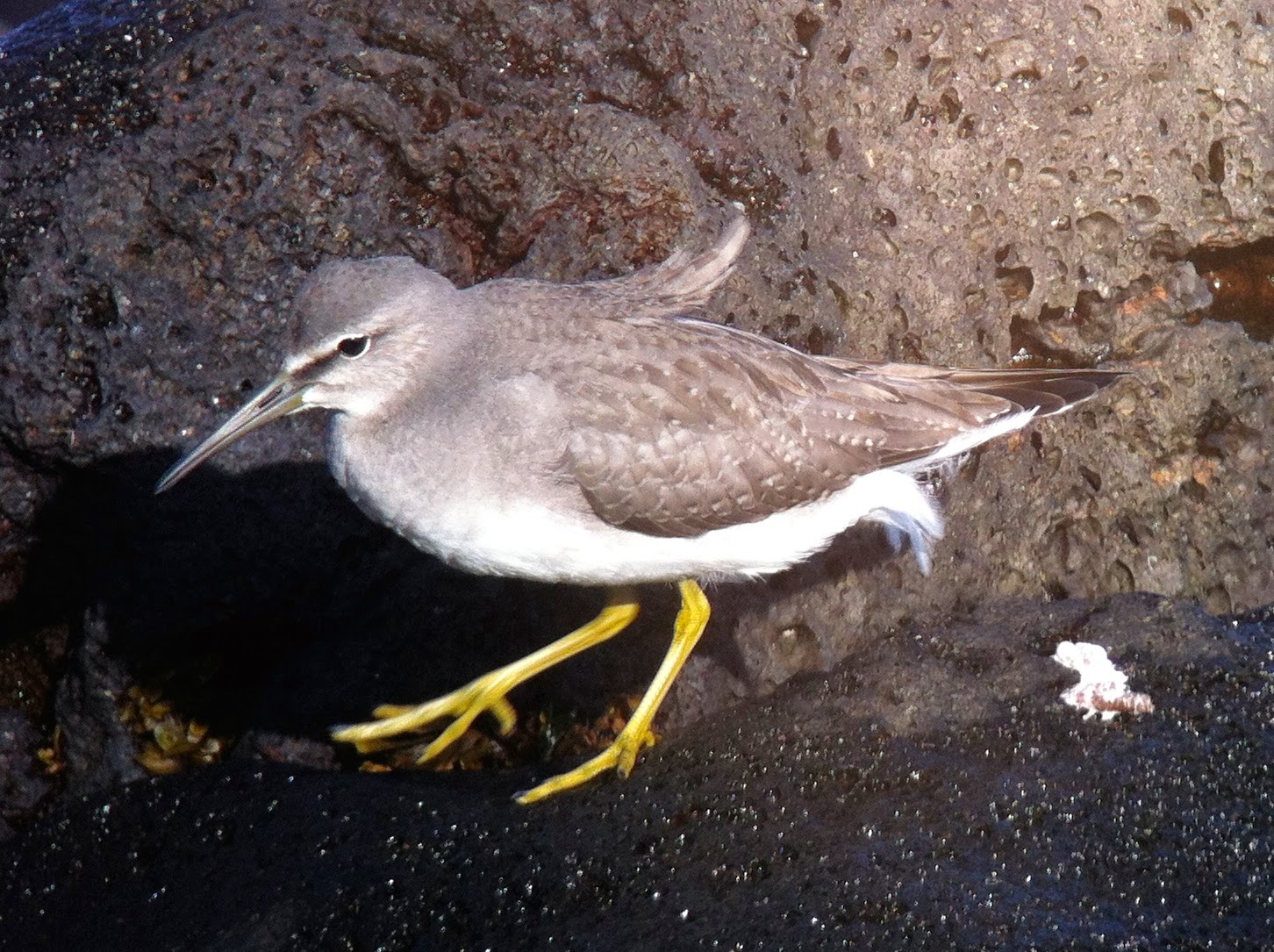 Luckily there was a WANDERING TATTLER nearby for comparison.  See the key differences? 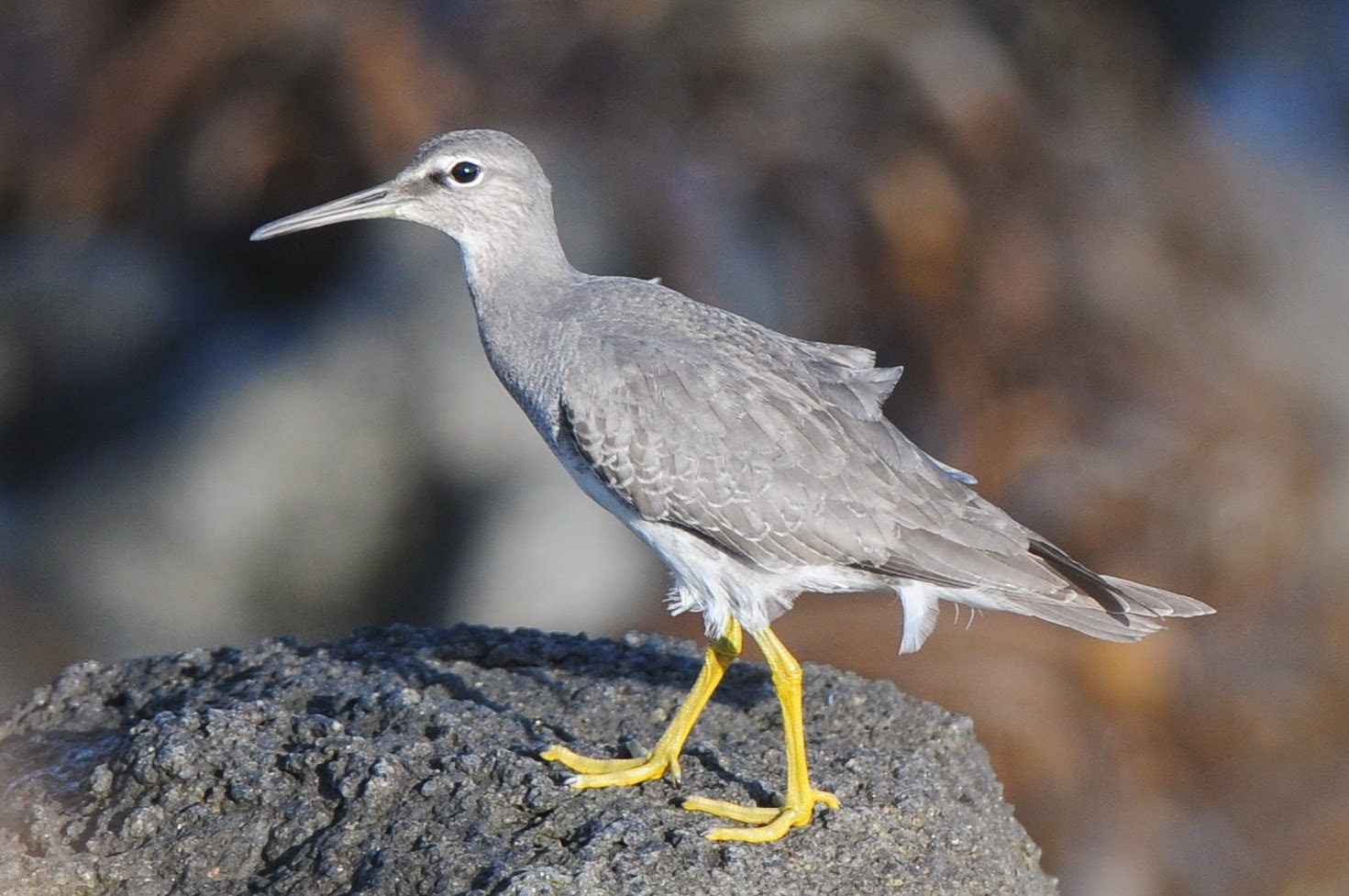 There have been other Code 3 shorebirds around too.  Take for instance this LESSER SAND-PLOVER that was found on the Salt Lagoon this morning: 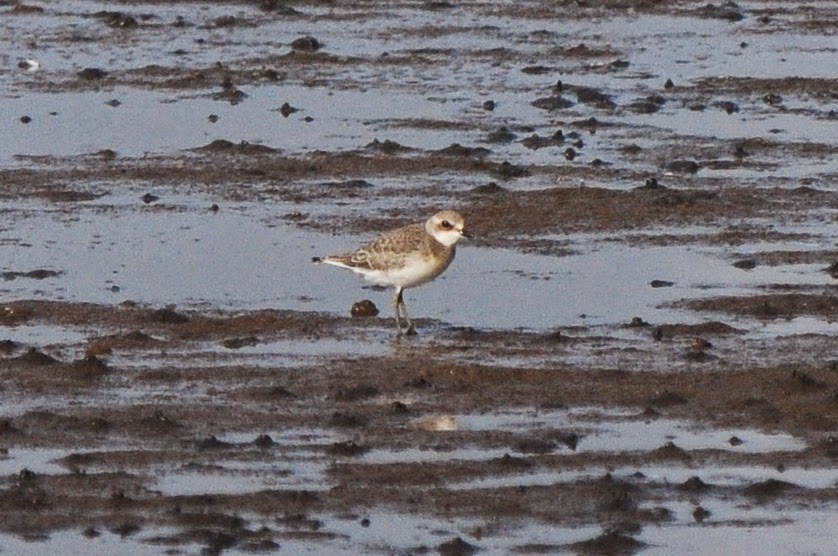 I should clarify though, it doesn't have to be rare to be an amazing species.  Even our PACIFIC GOLDEN-PLOVERS are crazy cool if you get to spend some time around them.  Lately, there have been a few around in the Novastoshna area: 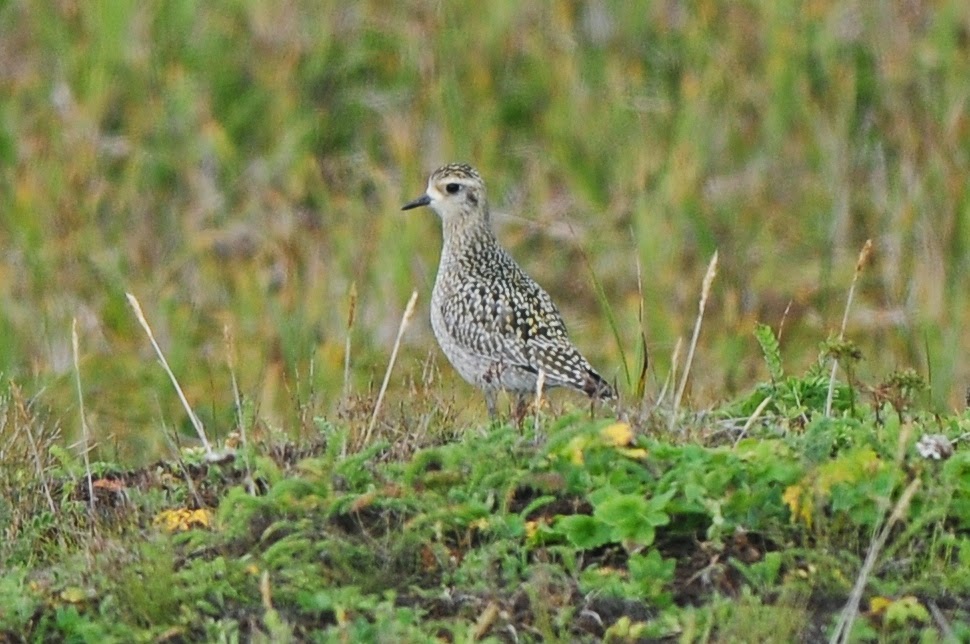 Despite seeing this species every day for 4 months, I still enjoy seeing ROCK SANDPIPERS, now in their grayish basic (winter) plumage.  How cool is it that they still sit on upland tundra sometimes, probably out of habit, like they used to do during nesting.  It's a bit of a different look from before but it's a pleasant reminder of the changing seasons: 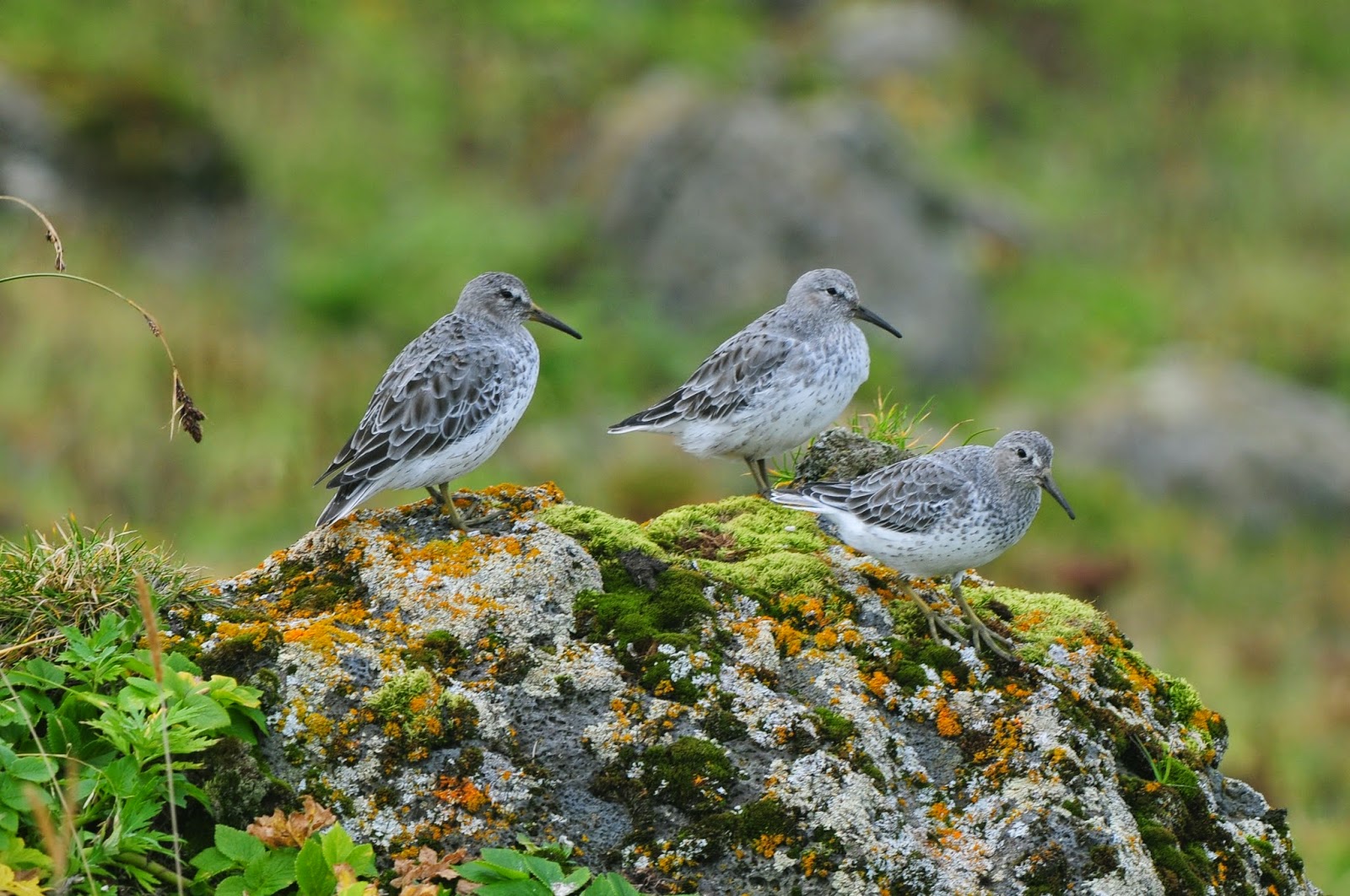 We were enjoying the view from the top of Hutch Hill yesterday when my group spotted some KILLER WHALES offshore to the north.  Not a whale, of course, it actually belongs to the dolphin family.  We don't see Killer Whales every day here but sightings aren't too unusual.  Here's male (which you can tell by the tall, triangular dorsal fin): 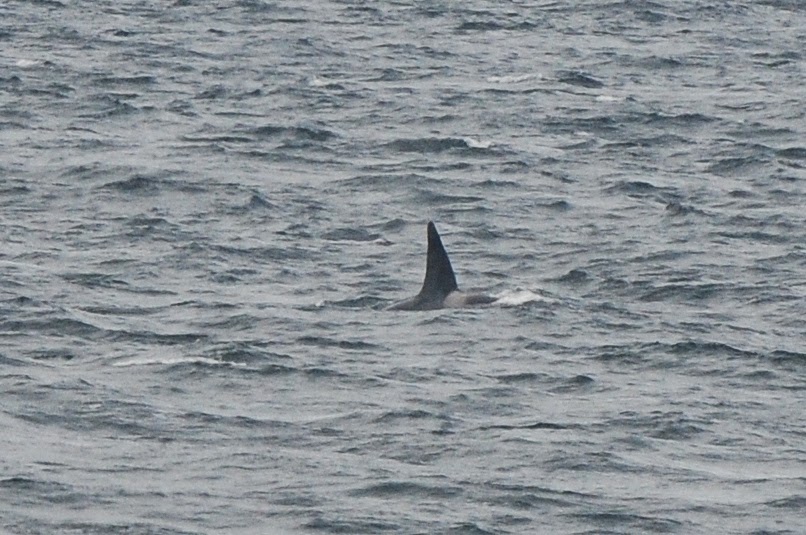 We still have some American sparrows around.  We were walking to the Webster Seawatch overlook yesterday when this FOX SPARROW popped up out of the celery patch: 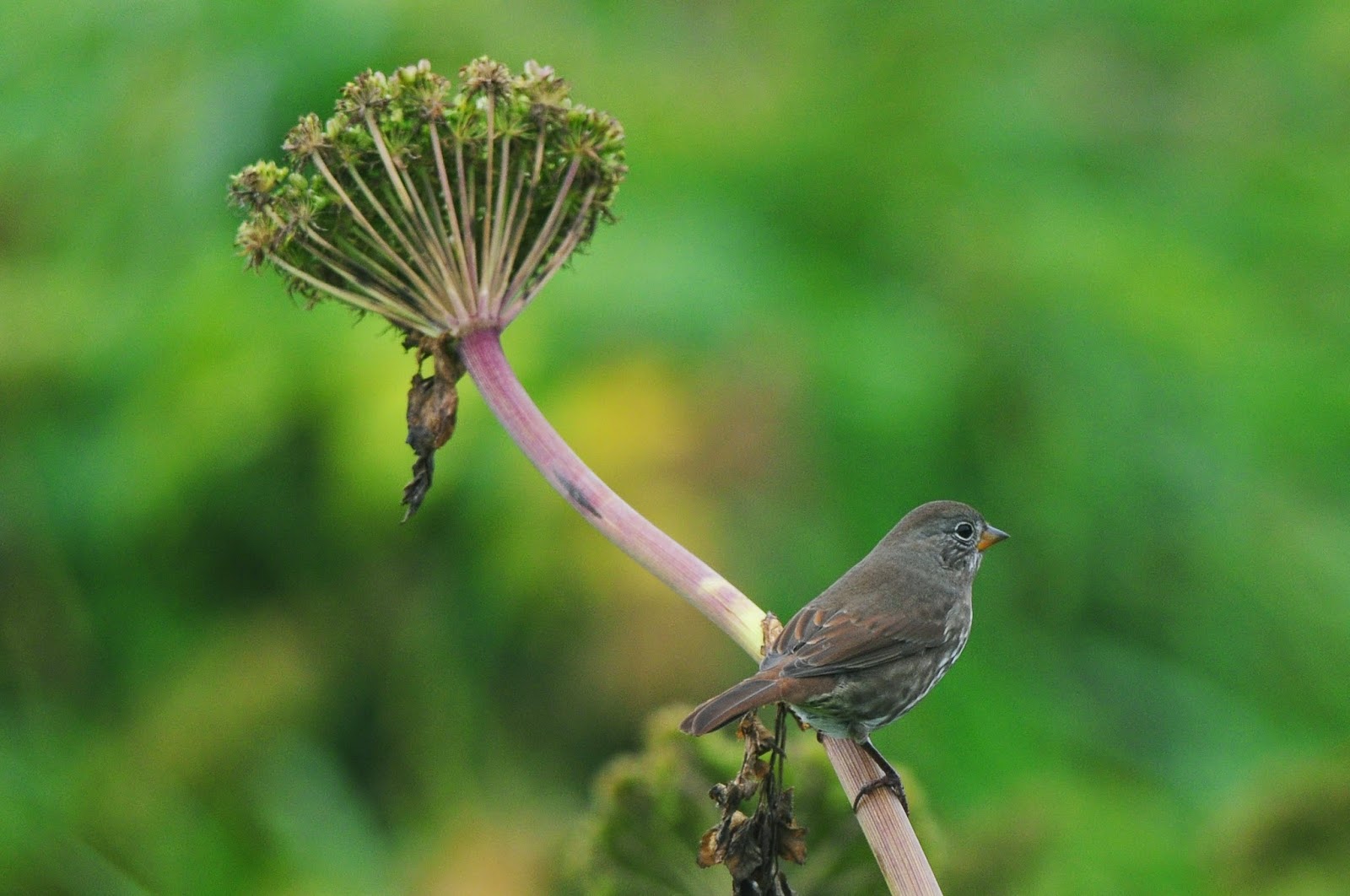 More common than the Fox Sparrows though have been GOLDEN-CROWNED SPARROWS.  Here's one in the upper cut at Polovina Hill: 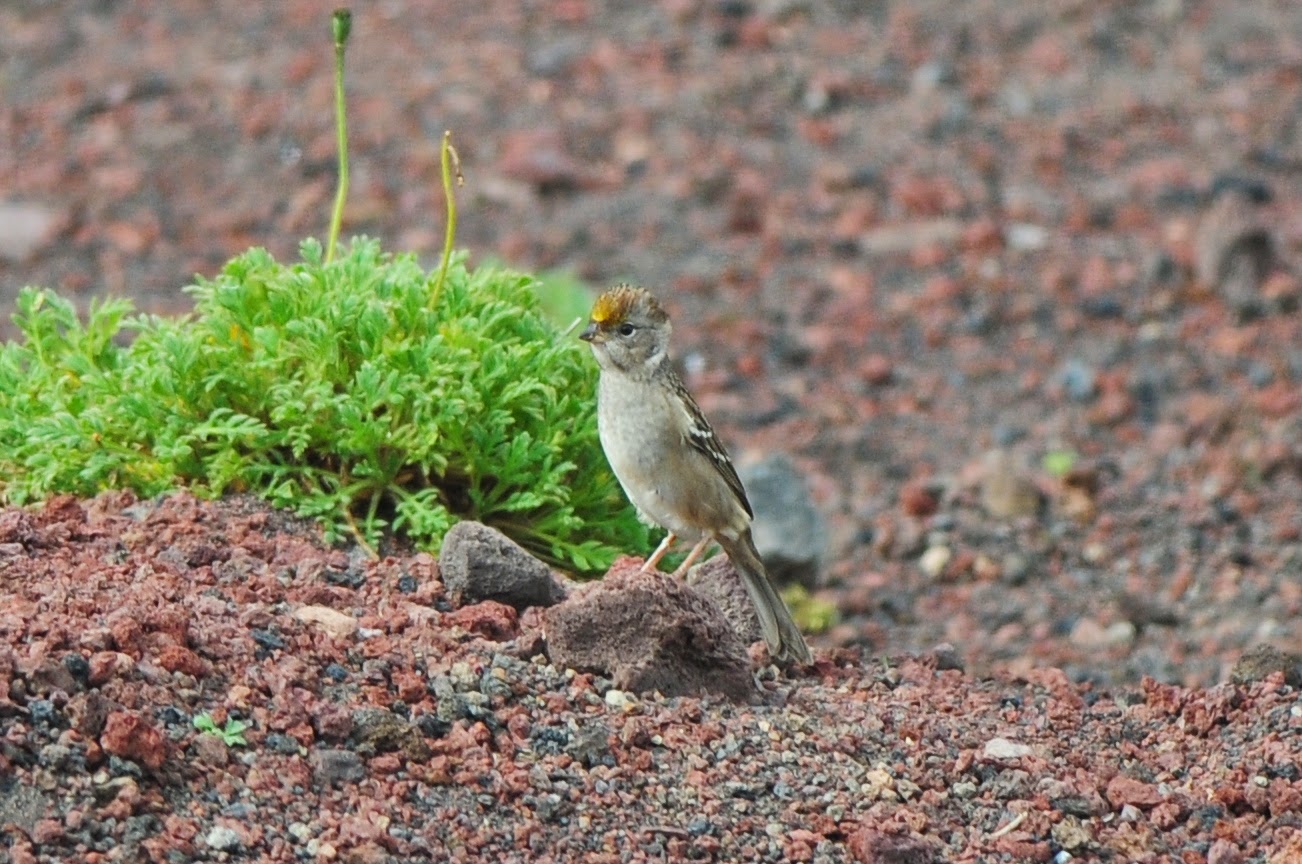 The wind map (found here) is showing a serious low pressure moving towards us from the southwest.  Although the winds won't be screaming out of the west, we're looking forward to some weather nonetheless and, perhaps, some American vagrants: 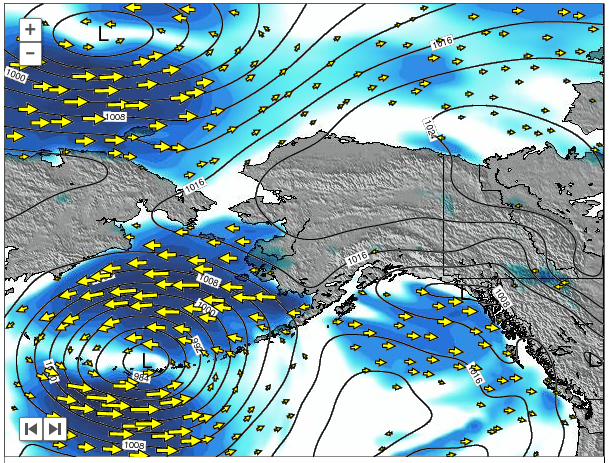