In about a week I'll be flying out to Arizona where I'll resume guiding with a short nightbirds tour.  It's certainly going to feel odd flying and all that.

Around here, we're still seeing new spring arrivals every day and I'm guessing we're within 2 weeks of the peak of migration.  Here in Hannibal, I had a fun encounter with this NORTHERN PARULA which probably arrived to his territory within the past week: 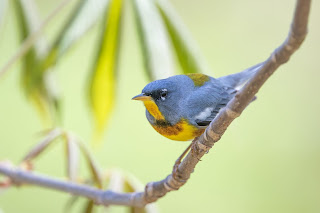 Still, one of the most vocal, obvious warblers back on territory are the LOUISIANA WATERTHRUSHES.  I found a different set of birds yesterday including this inquisitive guy: 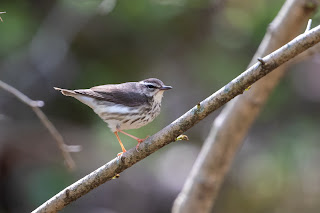 I can't say I know my snakes very well but iNaturalist has been a great tool.  This sunning dude is a COMMON WATERSNAKE: 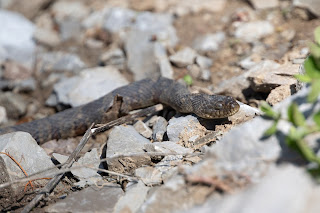 I was hiking in a forest near here when I stumbled on this big, showy plant.  I had no idea what it was (which isn't surprising really).  Turns out it's JETBEAD, a non-native exotic in the Rose family: 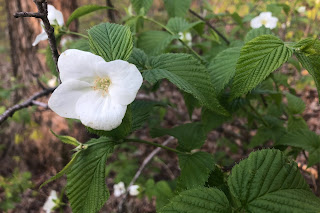 iNaturalist also helped me identify these as DROOPING TRILLIUMS: 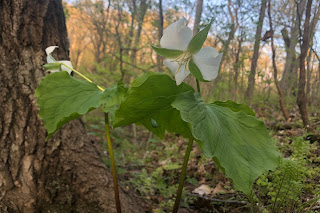 One bird-related claim to fame along the banks of the Mississippi River around here are the introduced EURASIAN TREE SPARROWS.  They aren't too hard to find if you know where to look.  These were just down the road a few miles hanging around a bridge that they always prefer: 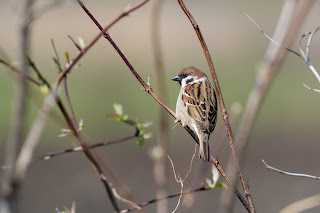 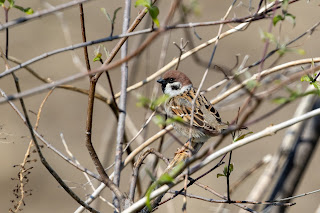 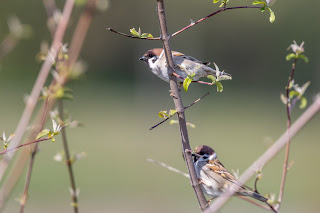 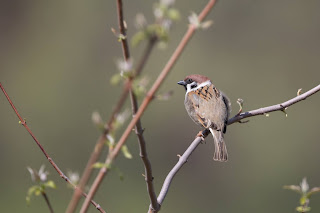 ... and this is a HOUSE SPARROW, a close relative.  See how it's different? 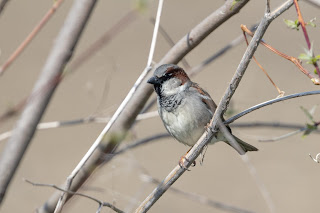 A few more species of wildflowers have been popping up in the nearby forests.  First up, CUT-LEAVED TOOTHWORT: 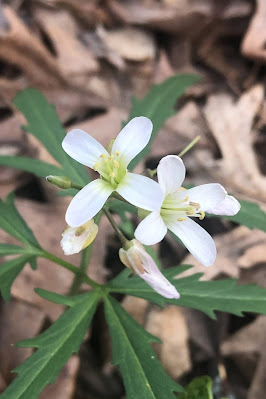 BLUE PHLOX has added some color to the forest as well: 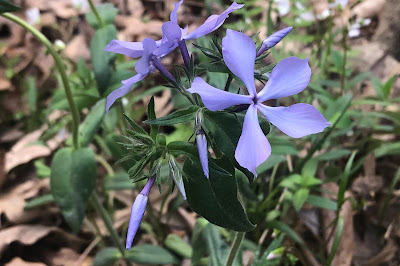 Lots of JACK-IN-THE-PULPIT are around now too: 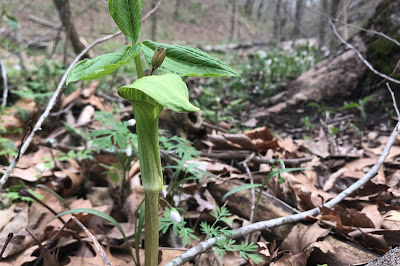 This one is obviously a trillium of some sort... I think PRAIRIE TRILLIUM: 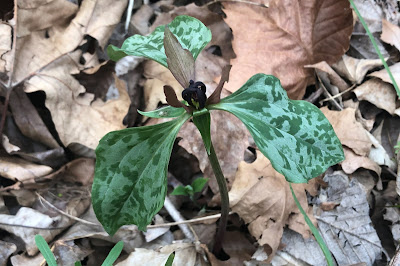 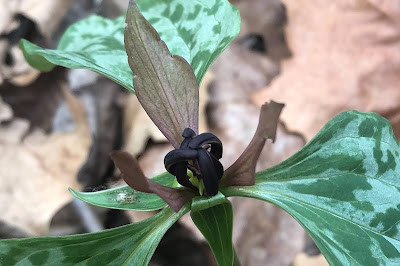 This one isn't hard to identify at all, the well-known VIRGINIA BLUEBELLS: 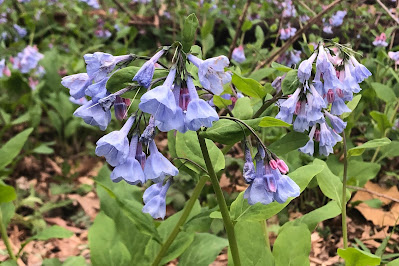 Warmer weather has arrived and finally brought with it some new migrants including my first warblers of the year.  Here is a LOUISIANA WATERTHRUSH that has set up territory a few miles from where I live: 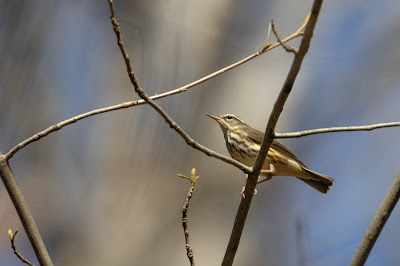 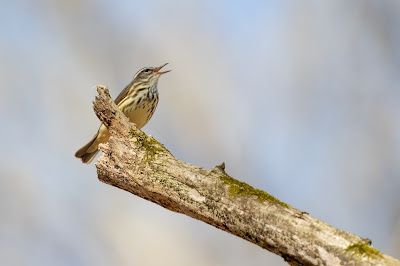 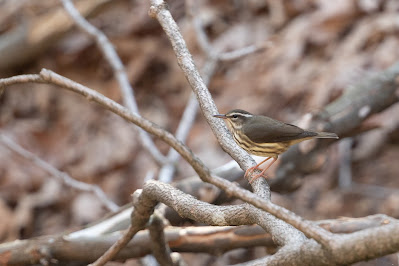 Here's my first WHITE FAWNLILY of the spring at the same spot: 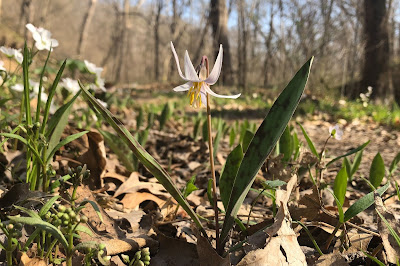 ... and also some PALE CORYDALIS: 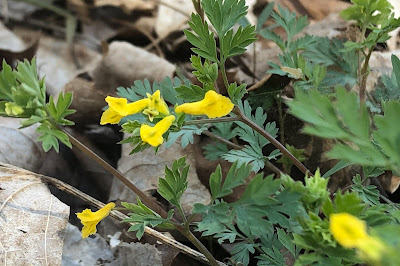