I realize that these days it seems like every blog post of mine has word of a new lifer.  Well, I'm happy to keep that streak going!  A couple of nights ago Scott found a duck on Webster Lake that looked odd... kinda looked like a Garganey.  However, the duck was super secretive and it got dark before they got really good looks.  Well, we all returned yesterday and alas, it was very near where they left it; definitely a Code 4 GARGANEY!

I snapped a few digiscoped pictures with my phone but the duck flew to a different part of the lake after a bit.  Notice the dark bill, pale chin, two dark lines on the face with a bold white line through the eye: 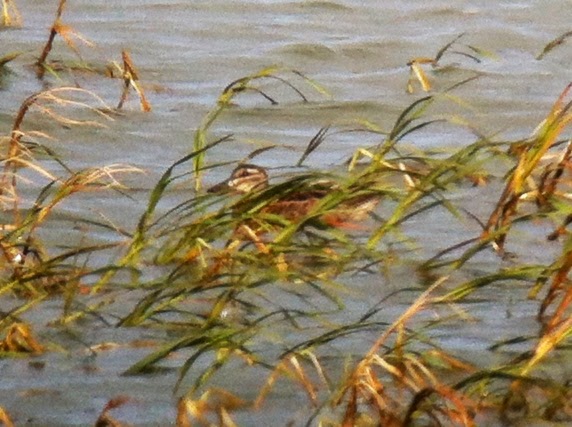 This represents the 11th record for the Pribilofs and the first for St. Paul in 16 years.

Speaking of Asian birds, we're experiencing a bit of an influx of BRAMBLING (a Code 3 type of finch).  At least 40 are present on the island which is... pretty amazing (at least to me).  Although this particular one didn't face me, I snapped a picture of it anyway in the Antone Slough celery patch: 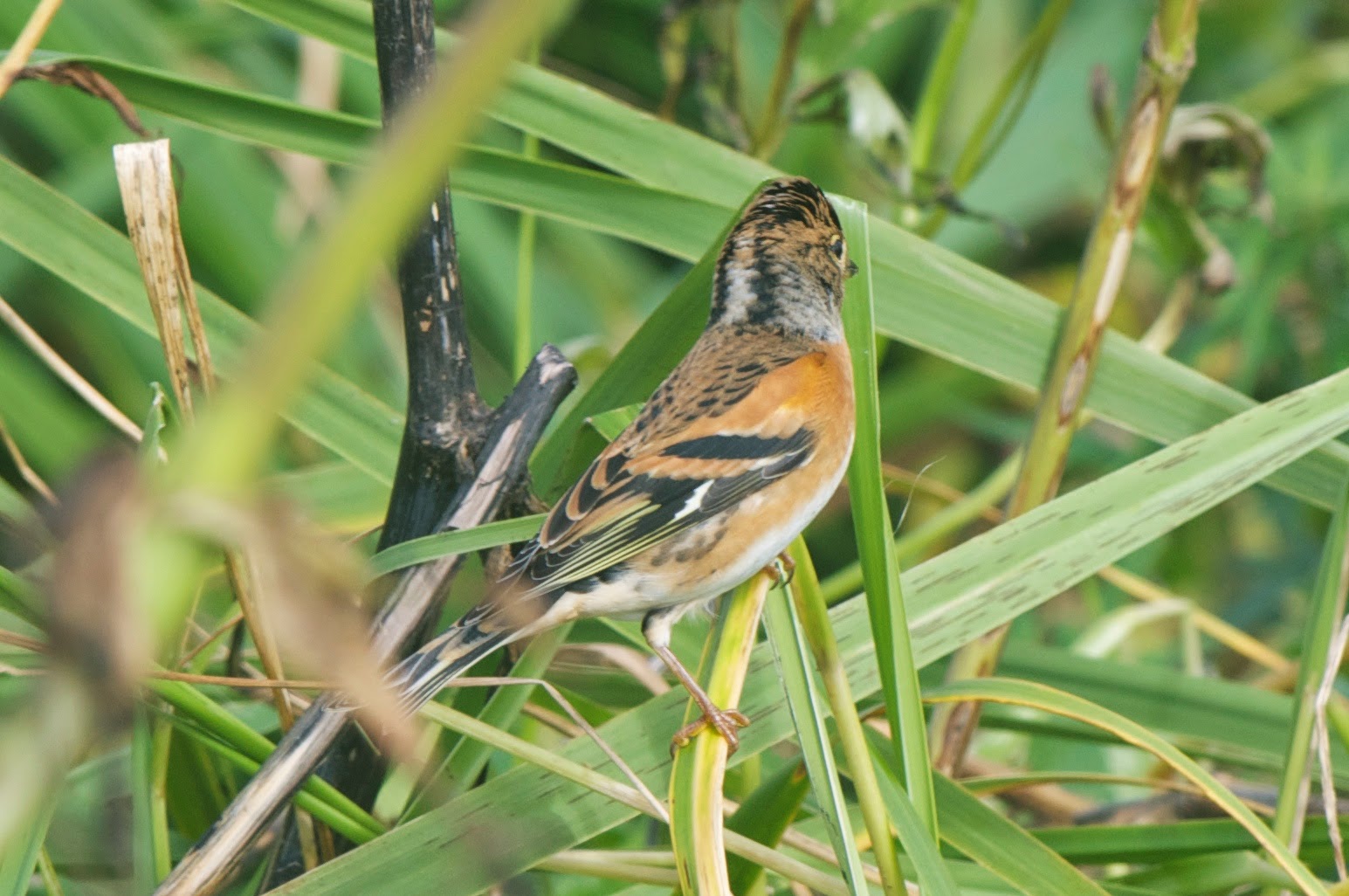 Another species being seen in decent numbers are SAVANNAH SPARROWS.  Here's one that popped out of a different celery patch near Barabaras Pond: 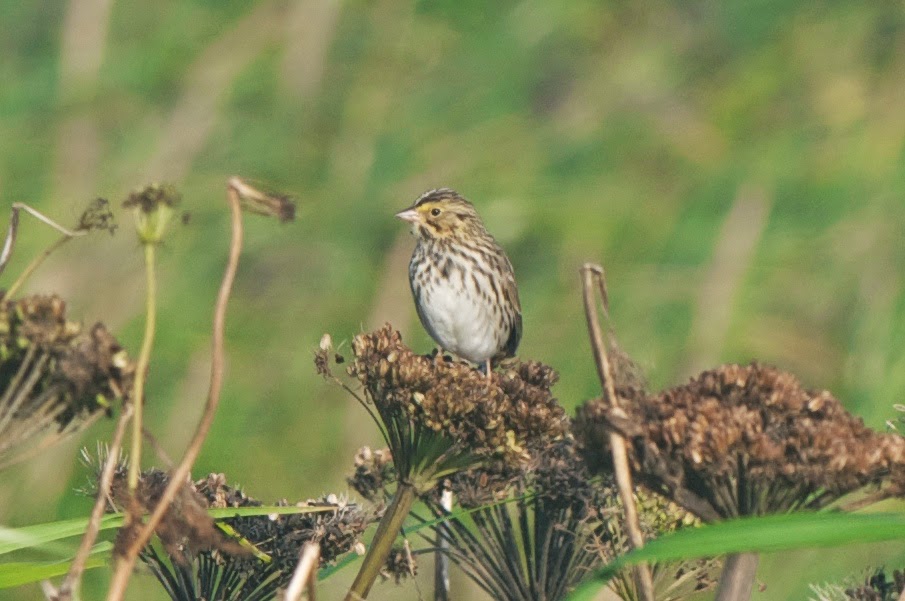 Continuing their usual dominance in town, the GRAY-CROWNED ROSY-FINCHES are easy to photograph on the fence at the Diesel Tanks these days: 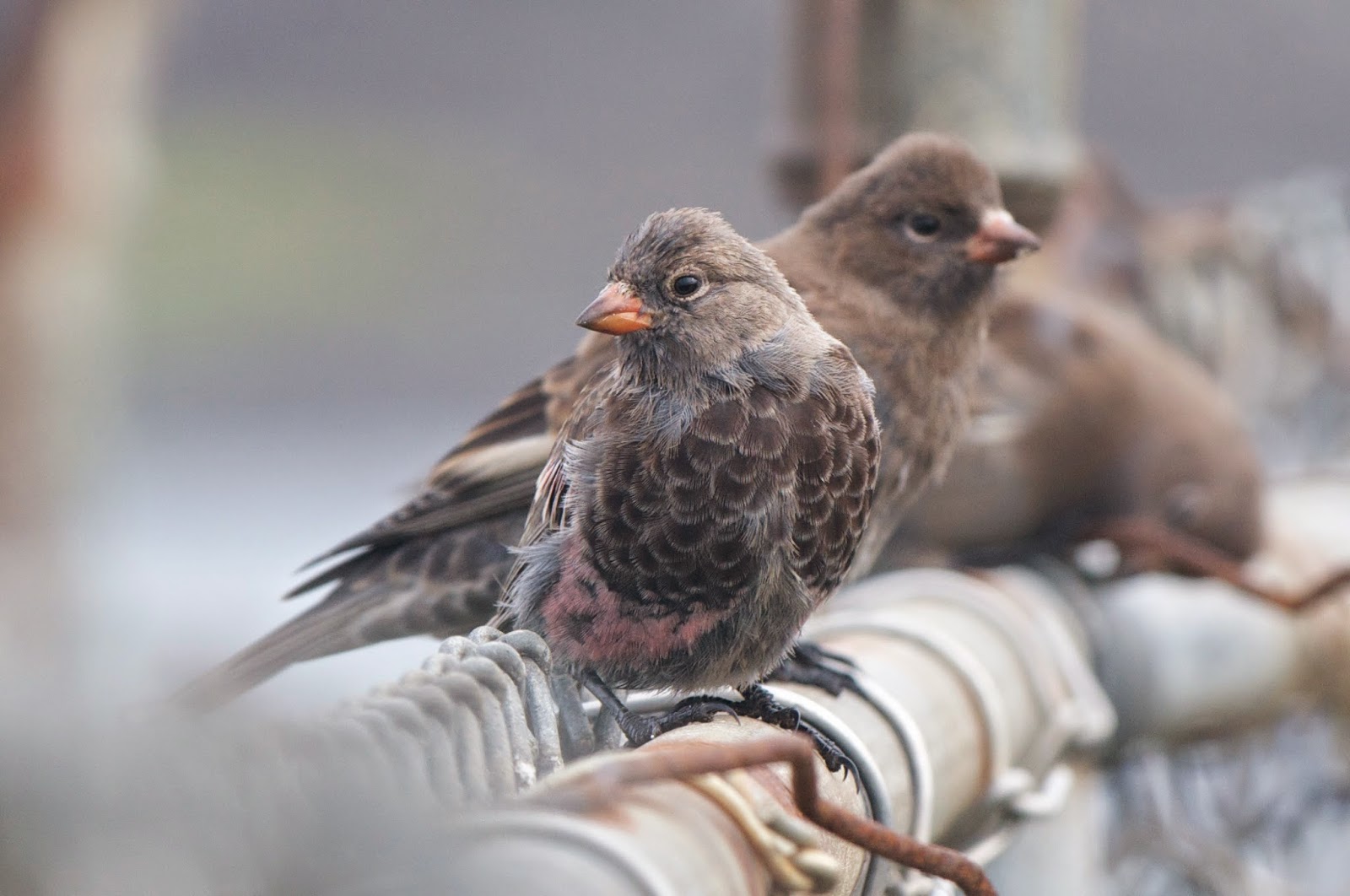 Likewise, the SNOW BUNTINGS are also present in large numbers there: 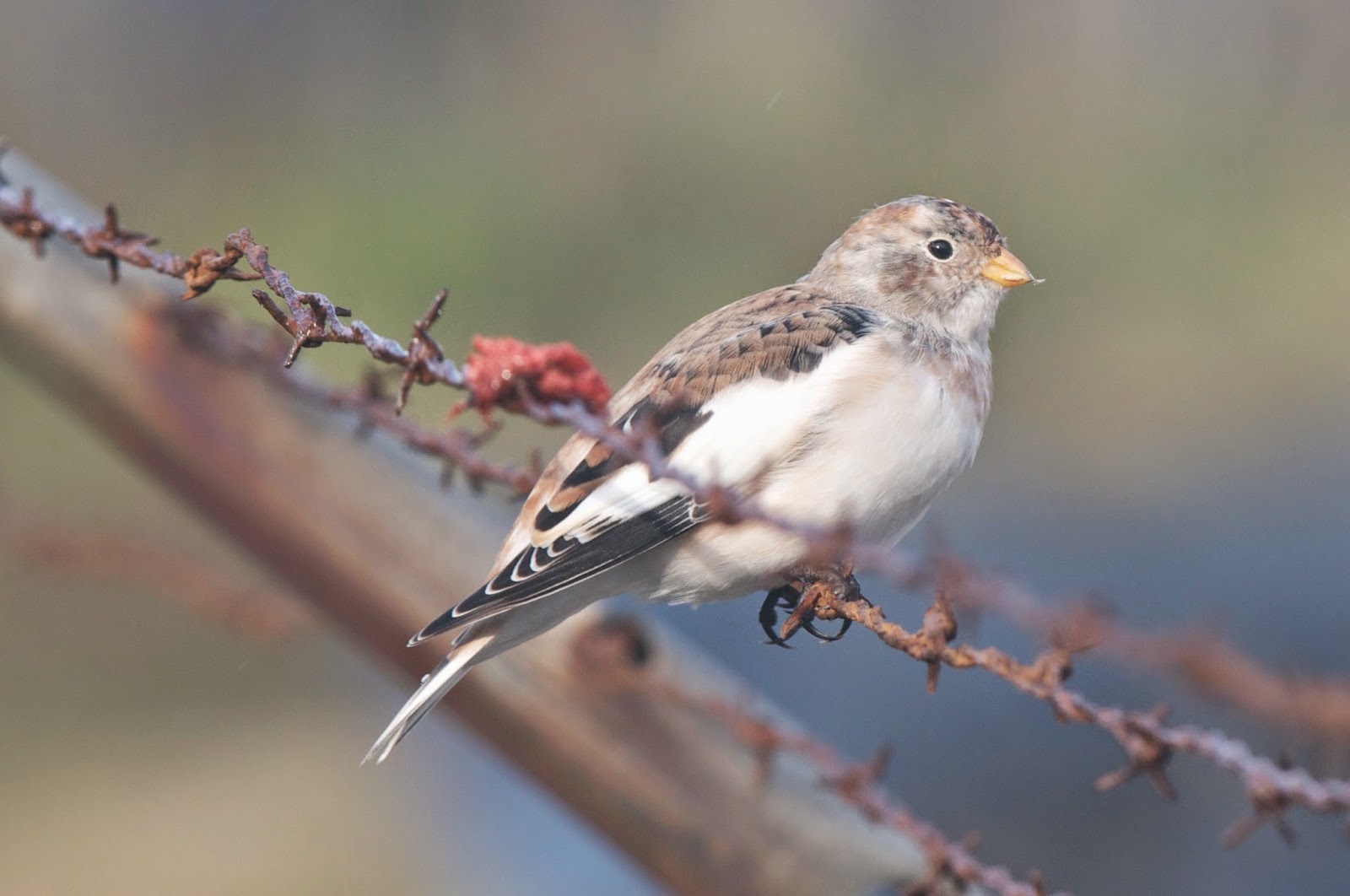 Speaking of these striking black-and-white passerines, I guess this SNOW BUNTING was pretty impressed with our electric car! 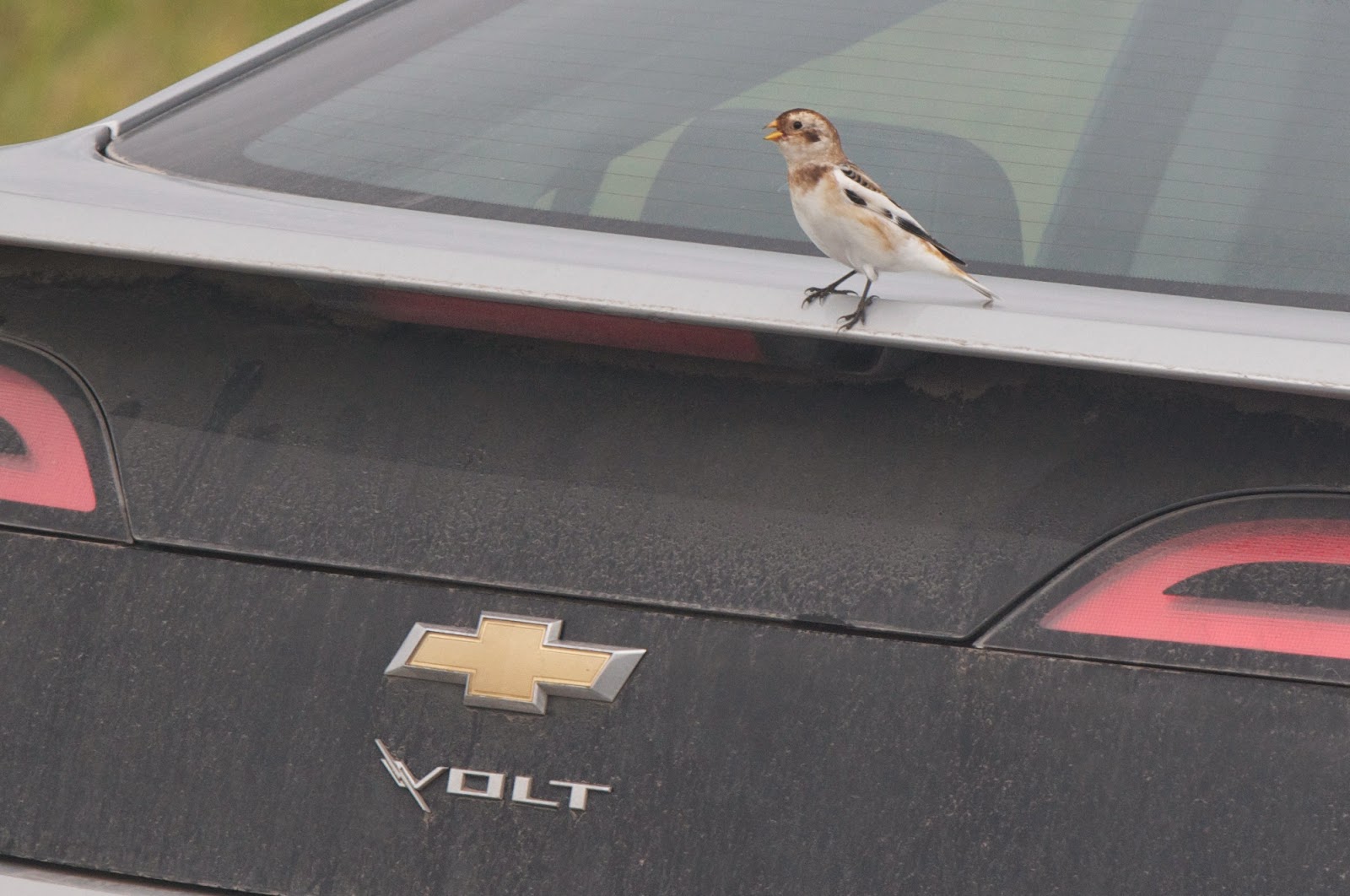 We were scoping some large gulls from Hutch Hill yesterday and did surprisingly well.  We had a THAYER'S GULL, an "American" HERRING GULL, and two different adult SLATY-BACKED GULLS.  Here's one of the latter, this one molting (but you can still see the "string of pearls" pattern in the new and incoming primaries: 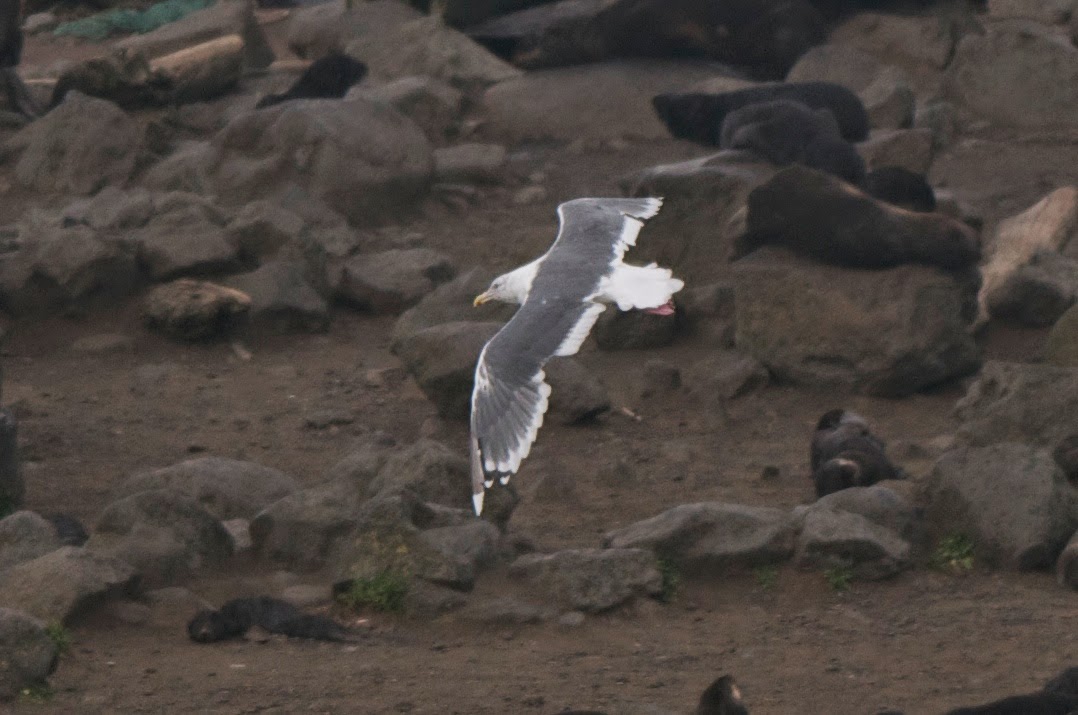 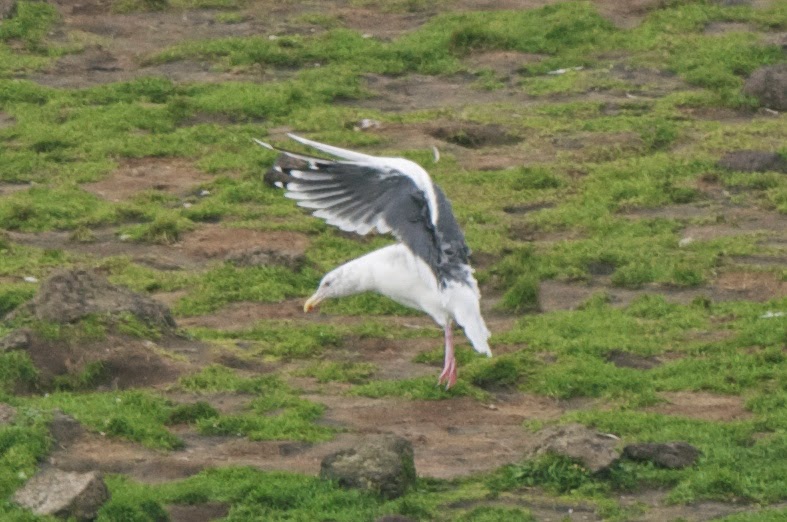 Shorebird numbers seem to be fairly steady during the past couple of days.  Still, the numbers of SHARP-TAILED SANDPIPERS are amazing (triple digits lately)!  Here's a few in flight: 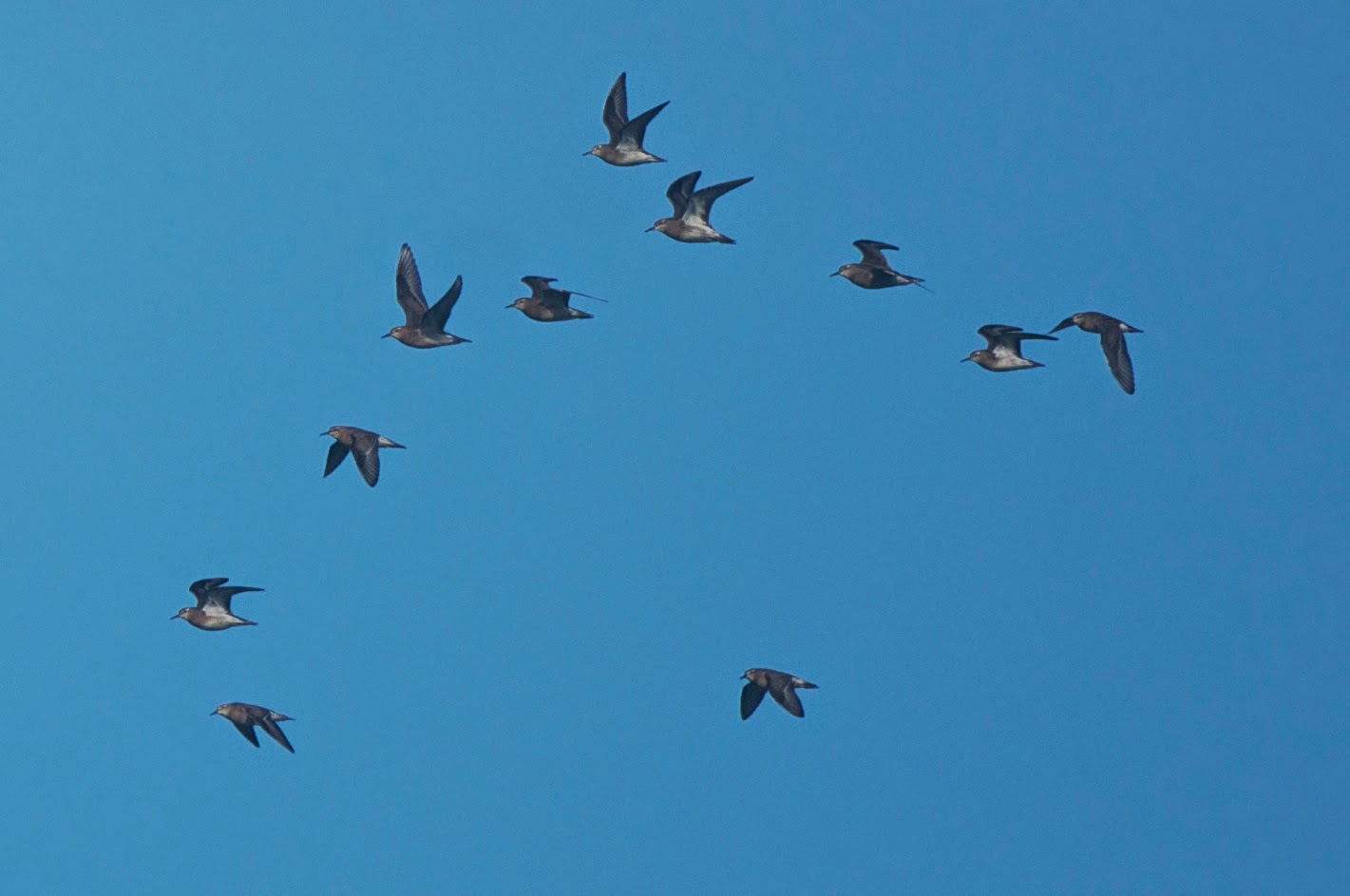 As some of you know, I've been keeping tabs on how many species I can photograph this year on St. Paul Island.  Because of that, I had to snap a crappy picture of a distant PACIFIC LOON yesterday in Gorbatch Bay.  Hey, you gotta do what you gotta do. 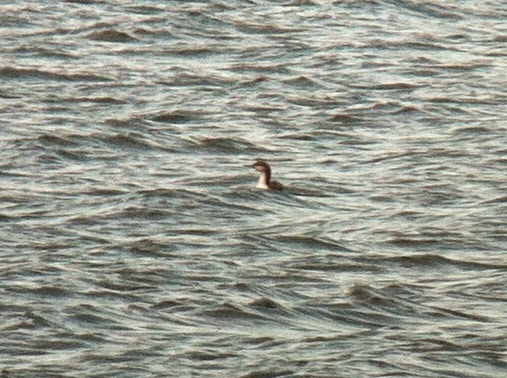 A little closer than the loon was this ARCTIC FOX laying in some grass near the Salt Lagoon.  I guess it thought it was hiding but judging by how easily I saw it and how close I was, it should reevaluate its strategy: 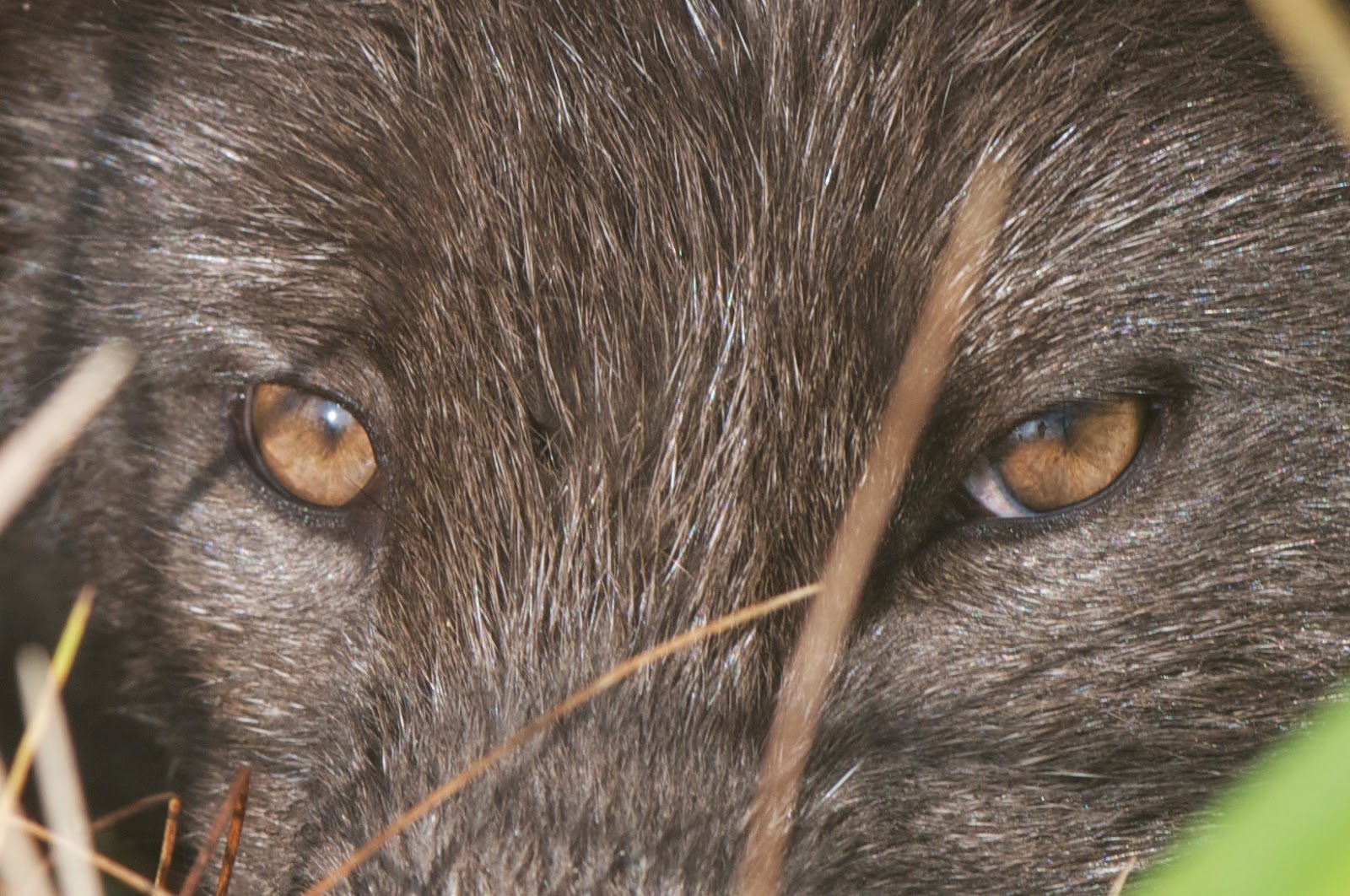 Thanks for checking in and, by the way, if you have any questions or comments, feel free to contact me via email: