Jacks of all trades

This might be my first post in who-knows-how-long that doesn't highlight a new and stunning lifer here on St. Paul Island.  And yet, some of the great birds are still continuing; for example, the 5th ABA record of WOOD WARBLER continued at least through yesterday evening!

Another rarity that is continuing is the JACK SNIPE.  Except one small detail... there are TWO Jack Snipes in Pumphouse Lake!  You see, some clients and I were trying to find the snipe one day when not one, but two flushed together!  I returned on a later date and was able to duplicate the results as well as get some proof. 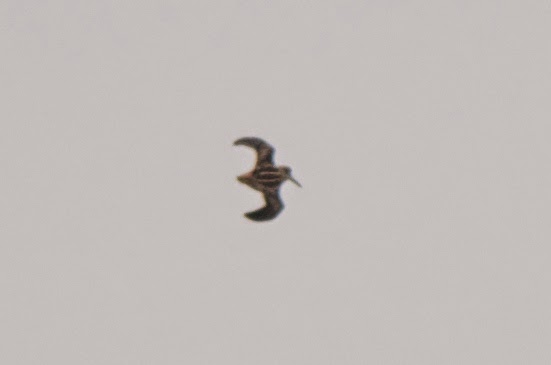 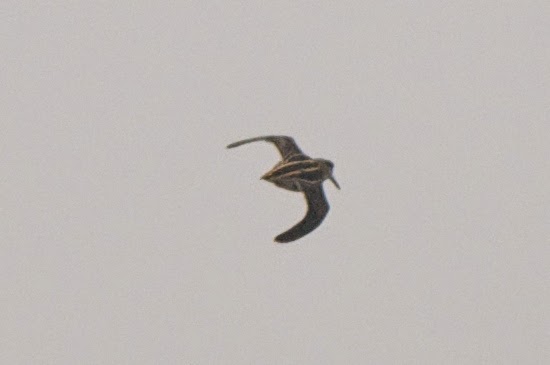 Although not sharp and definitely not fancy, here you can see the very short bill on a JACK SNIPE as it banked in flight: 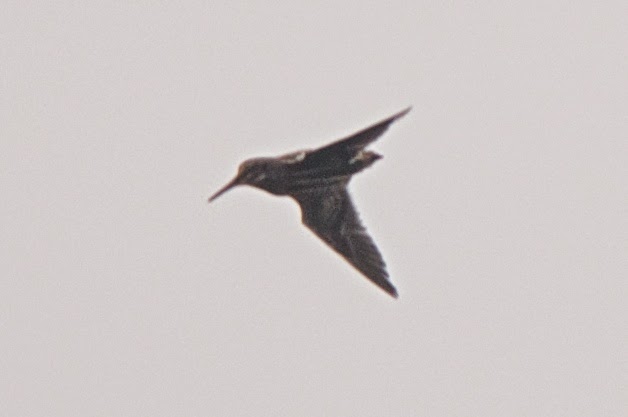 Shorebird numbers have been dwindling as of late, mostly due to the prime weather for migrating.  Pumphouse Lake did continue to host a couple of SHARP-TAILED SANDPIPERS including this one that preferred to look at me head-on: 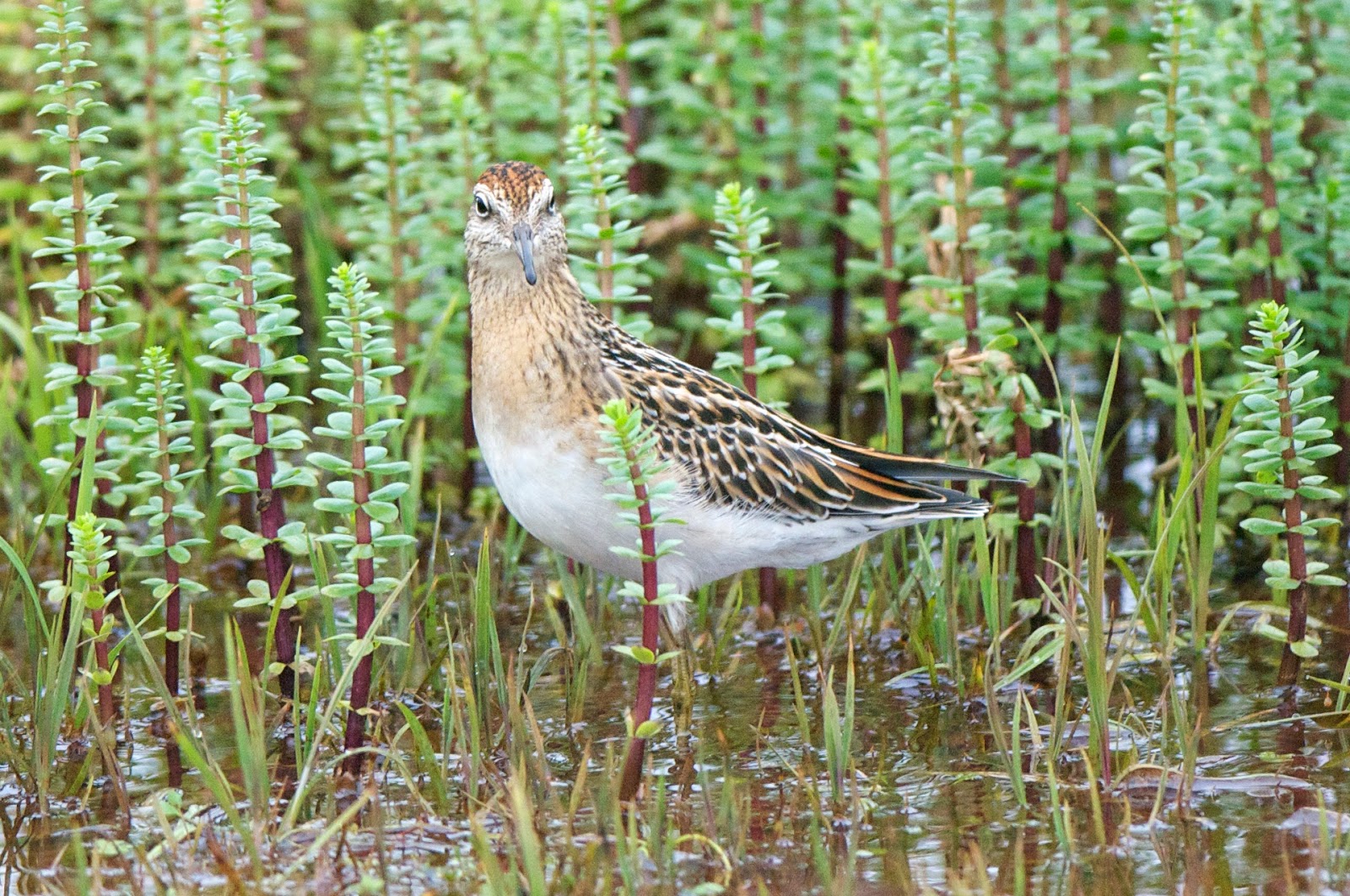 It's kind of goofy to see but these Sharp-taileds aren't always found in mudflats and wetlands.  Here's one that preferred to hang out on the tall grass in a celery patch: 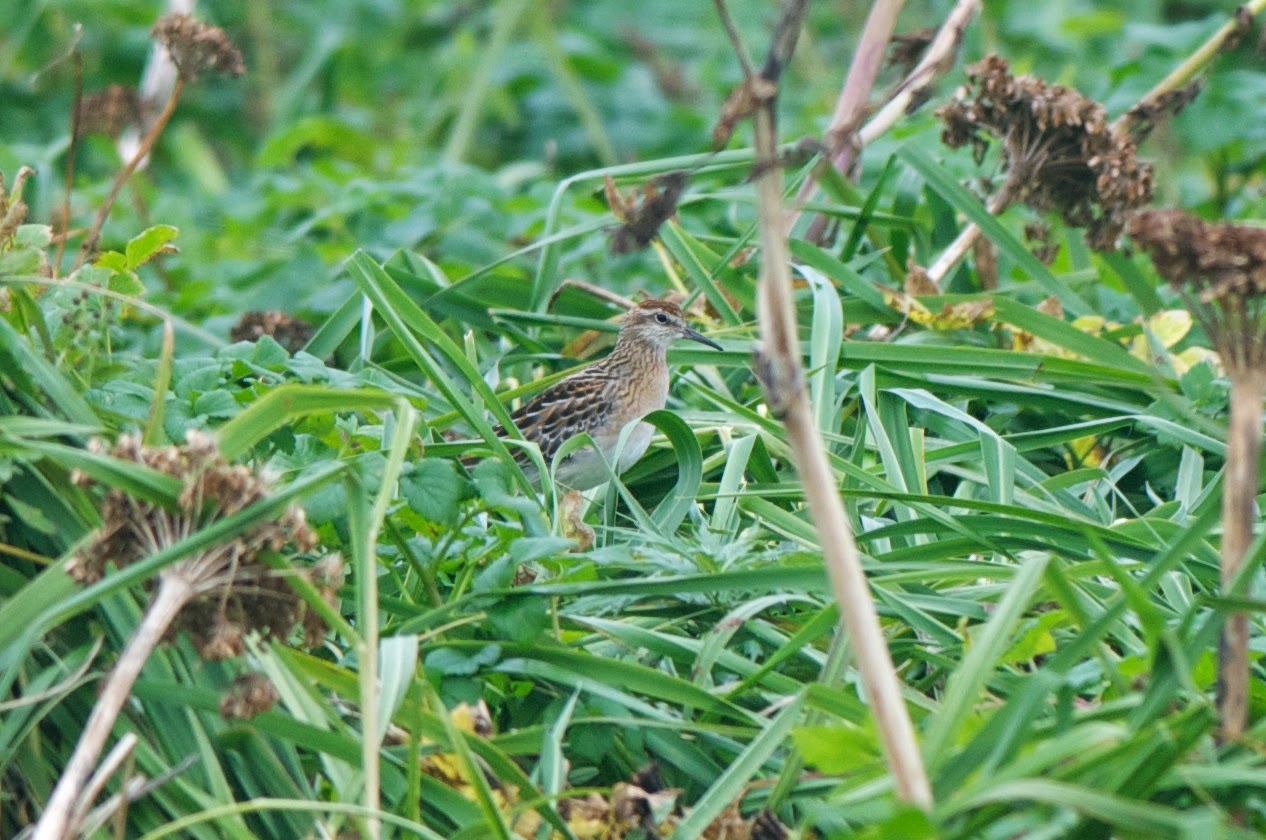 Another shorebird species that we see most days is the PECTORAL SANDPIPER, this one also at Pumphouse Lake: 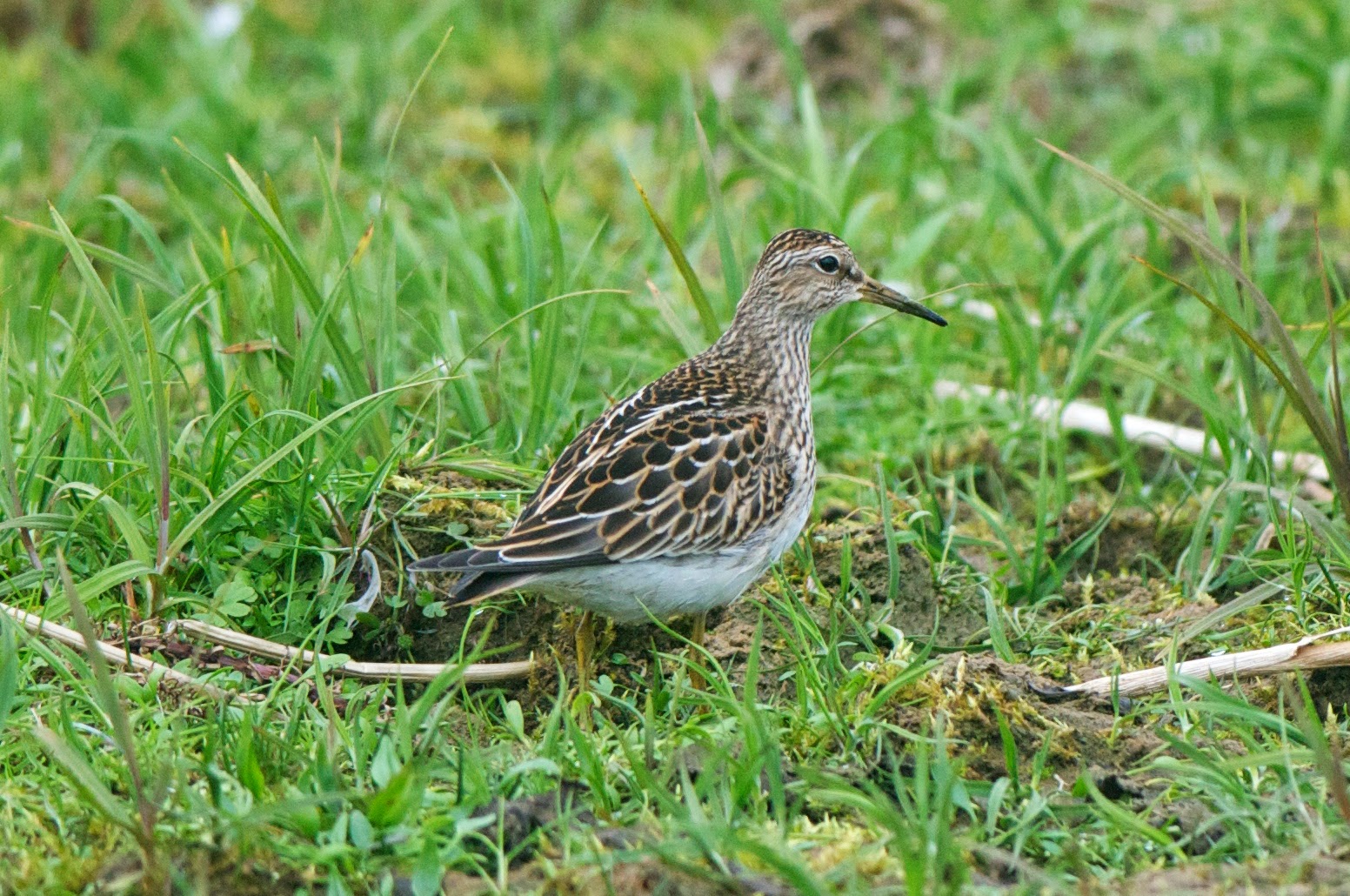 Numbers of sparrows also have been declining with the nice weather.  Still, we have a couple of FOX SPARROWS around most days.  Here's a handsome one on a celery head: 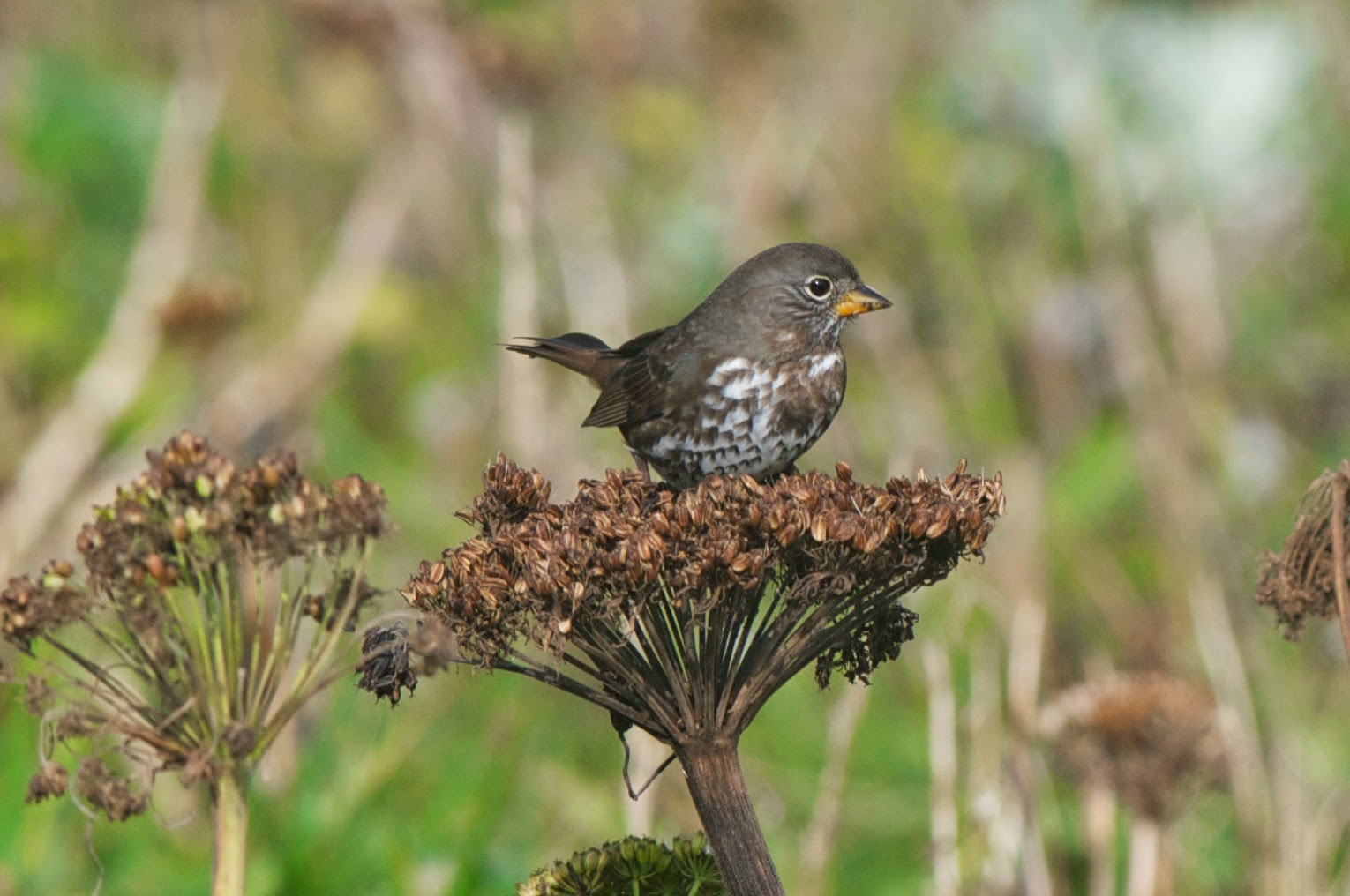 There have been a few species of geese around lately which isn't rare but isn't super expected either.  Here are two BRANT on Webster Lake; note how the youngster (left) doesn't have the white neck collar that the adult (right) has: 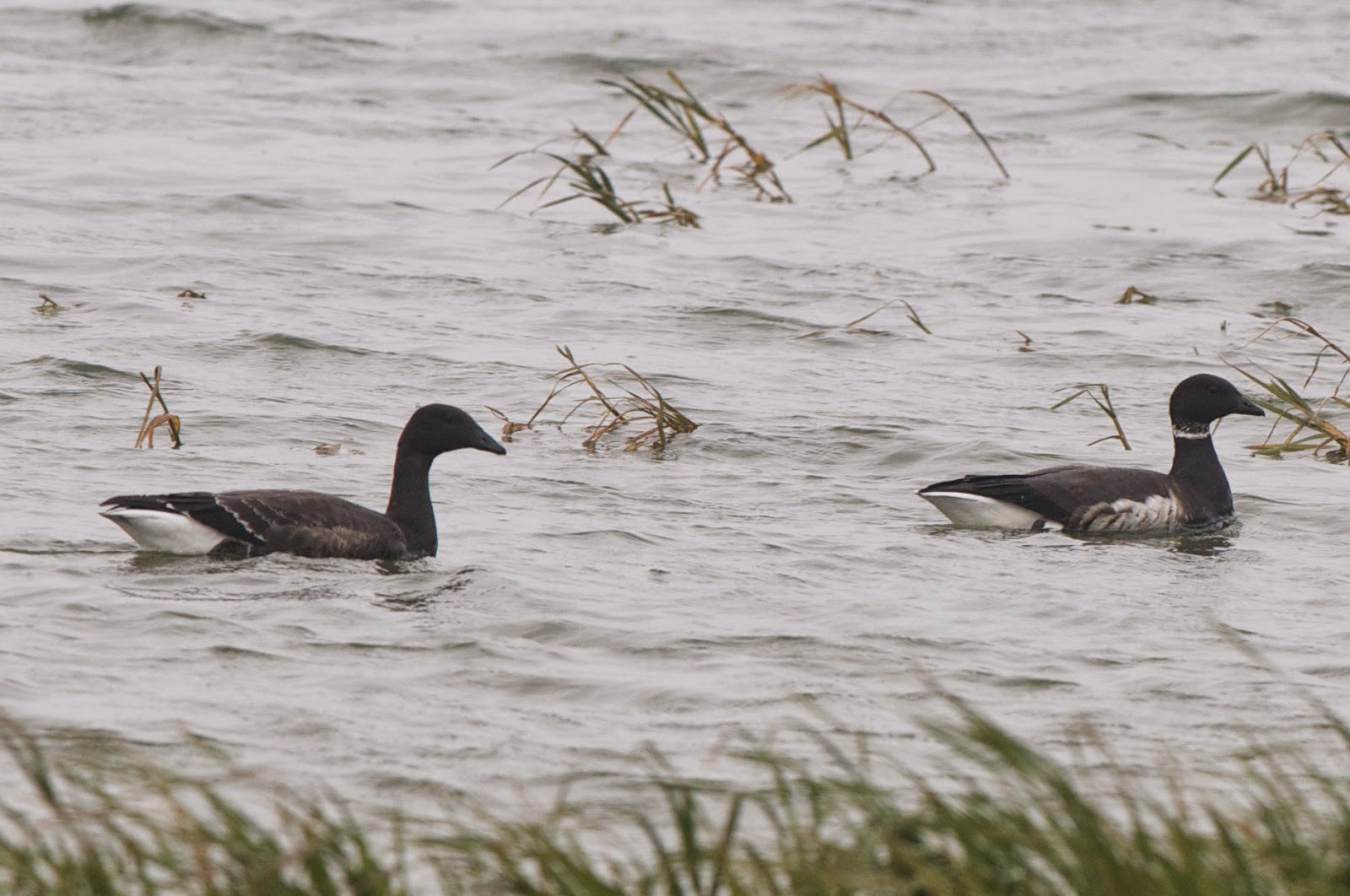 With them has been this minima CACKLING GOOSE, a flagged subspecies here in the fall: 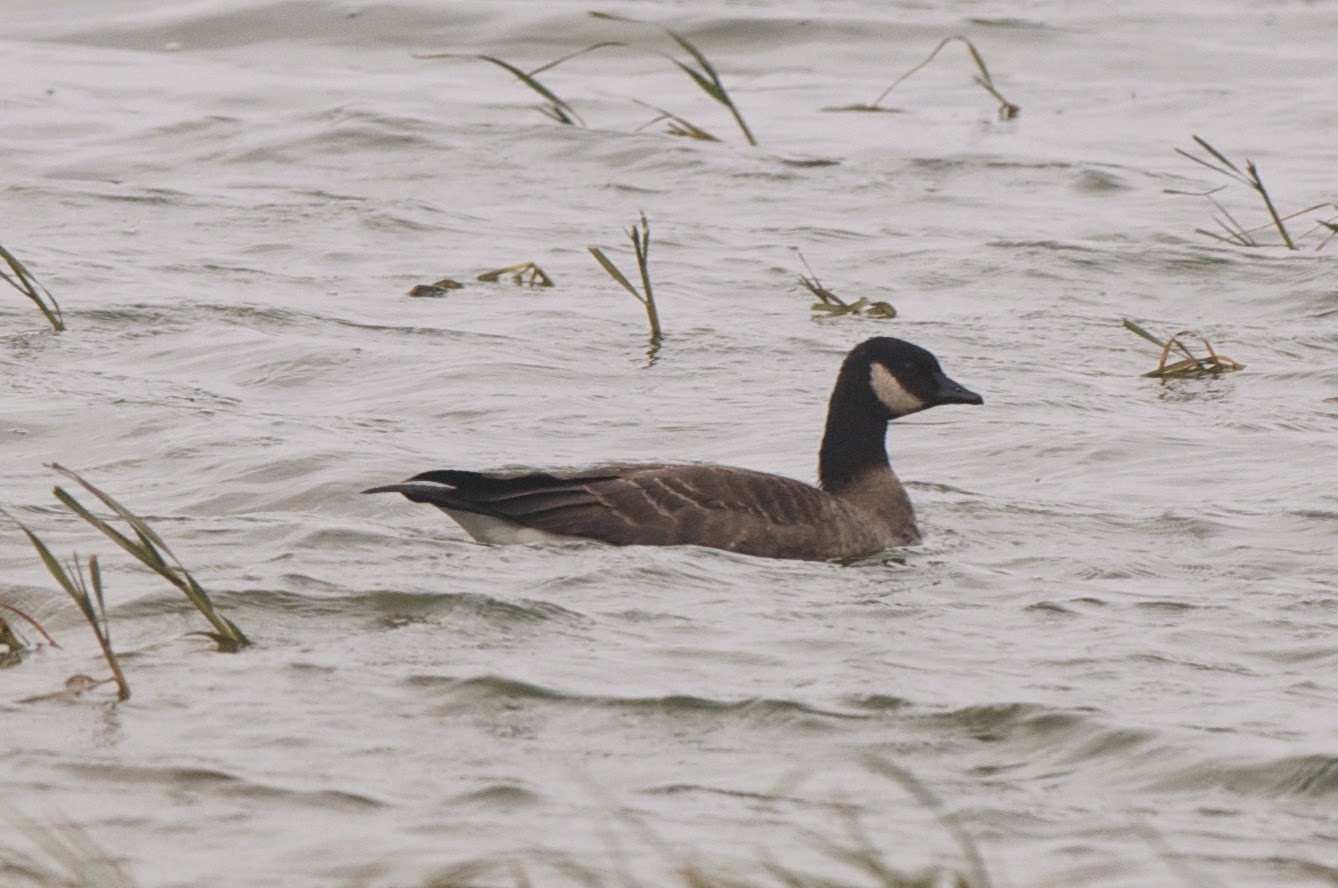 In memory of the good birds on September 21, here is what my BirdLog app showed at one point.  Not a bad back-to-back series of 4 species! 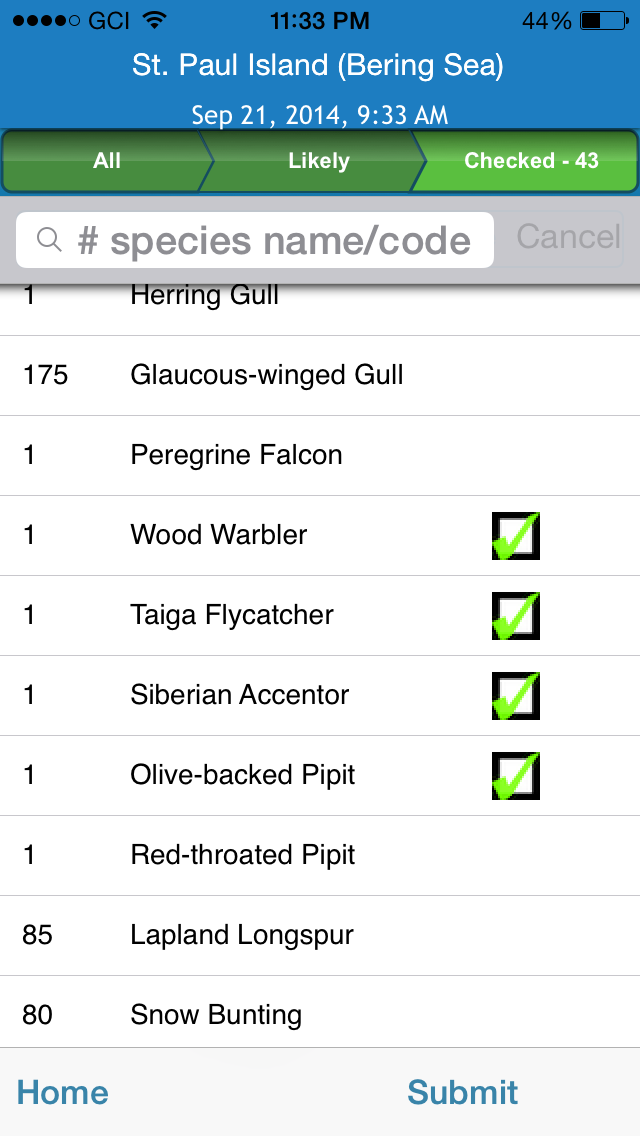 My time on St. Paul is quickly coming to a close; I'll be flying out 3 weeks from tomorrow.  Anyway, thanks for checking in.  If you have any questions or comments, contact me at: