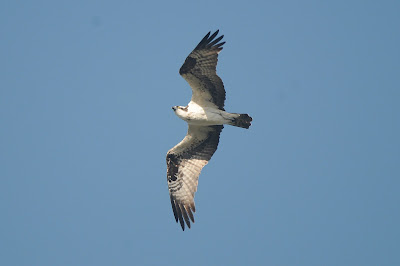 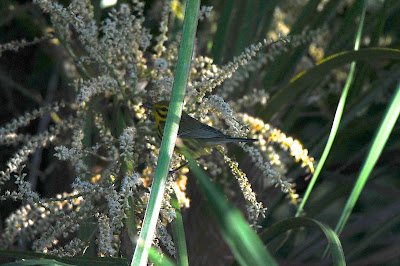 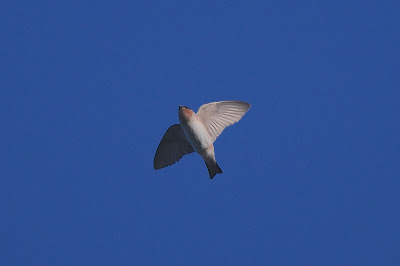 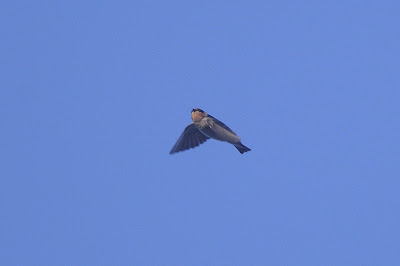 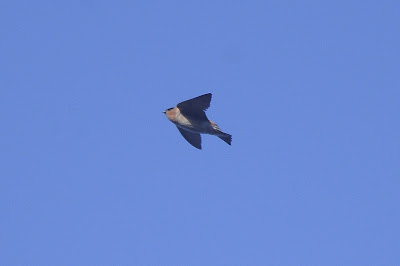 The next morning I birded Florida Canyon a little bit since Madera Canyon seemed pretty dead.  As always, the butterflies up in Florida Canyon provided me with some good chances for lifers.

First was this guy, which I misidentified as an Arizona Skipper, but was actually a new species for me, a SHORT-TAILED SKIPPER: 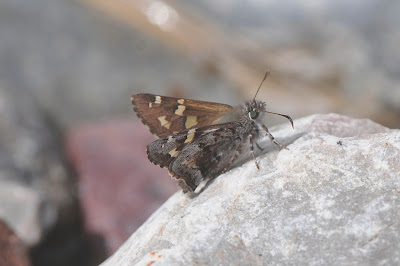 This is a SOUTHERN DOGFACE, a rather widespread species: 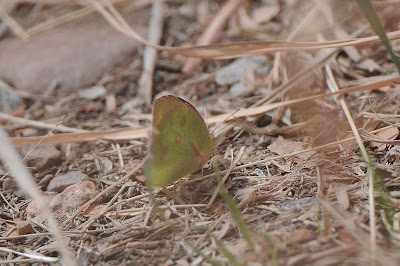 Another new species for me was this attractive SOUTHWESTERN ORANGETIP: 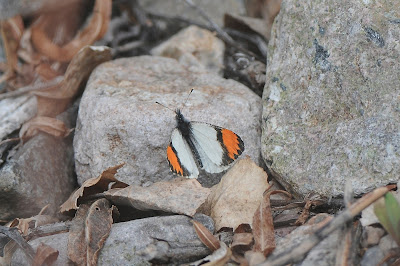 The good fortune continued yet again with this lifer, a DESERT MARBLE: 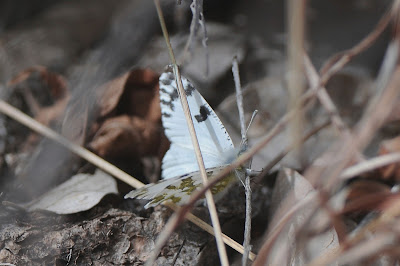 Even though it wasn't new species for me, I've always loved metalmarks.  This is a FATAL METALMARK: 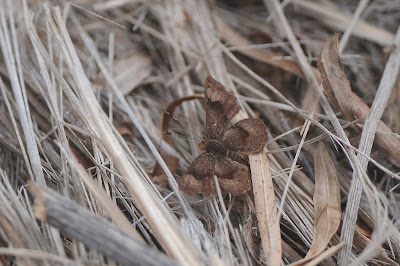 Every trip I've taken to southeastern Arizona has yielded dozens of GOLDEN-HEADED SCALLOPWINGS.  This was the case again: 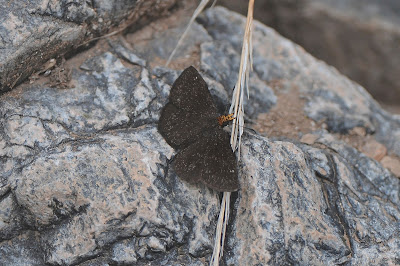 But seriously, how could I hike up Florida Canyon and not look at birds?  Of course, I had a target in the back of my mind, the continuing RUFOUS-CAPPED WARBLERS.  I've seen the species before, only once, back in 2004, but I would love to see it again and maybe add it to my photo list.

I DID end up seeing it but for so briefly that my only photos of it are out of focus.  I hardly care: 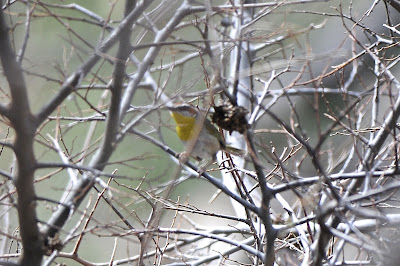 After finishing in southeastern Arizona, it was time to zoom eastward yet again.  I ended up staying in New Mexico and a local park provided me this CURVE-BILLED THRASHER: 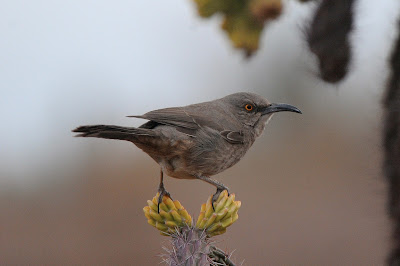 The entire next day was spent drive through New Mexico and the behemoth, AKA Texas.  No pictures.

The following morning I woke up early and headed to the Friedrich Wilderness Park just north of San Antonio.  This is my bread-and-butter spot for seeing GOLDEN-CHEEKED WARBLERS.  My luck continued and I got to see this Texas endemic: 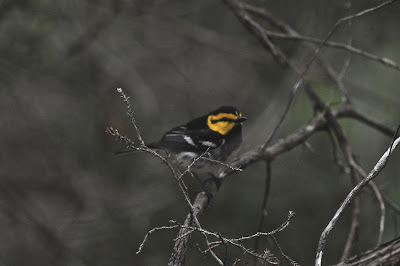 Being in that part of Texas also put me in range for BLACK-CRESTED TITMICE which were common at Friedrich: 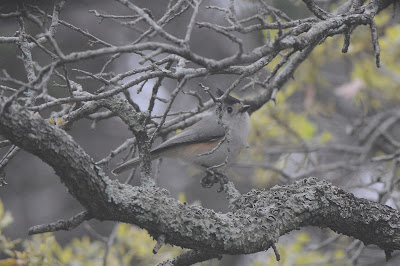 As I was driving through the middle of San Antonio, I chuckled when a flock of BLACK-BELLIED WHISTLING-DUCKS flew over the interstate.  A weird place to see this year bird.  Just past San Antonio I started seeing CRESTED CARACARAS from the interstate as well.  I must not be in California anymore.

No, I'm not dead yet, I've just been busy traveling around the country as of late.  I'm pretty behind in posting updates on here (as all two of you know) but I'll try to make up some time.  Here is my first installment; 19-20 MARCH.

My goal was to get to Joshua Tree National Park to camp the first night.  I managed to do that without much trouble (or birding).  Here is the sunset on my way into the campground: 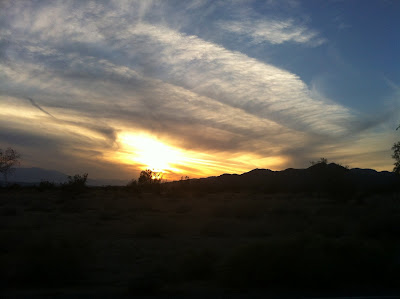 The next morning I was able to see exactly what the campsite actually looked like.  Nice deserty stuff along with a VW Golf that hasn't died yet: 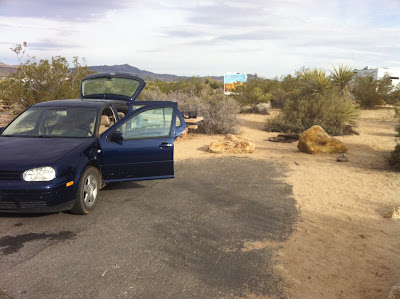 I headed to the Cottonwood Oasis to do some early-morning birding.  I wasn't disappointed, there was plenty of activity including this HOODED ORIOLE: 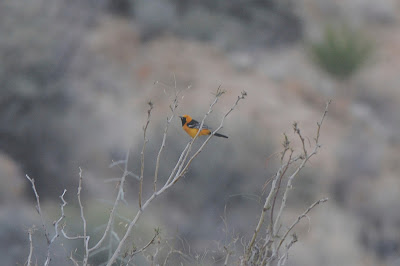 BLACK-THROATED SPARROWS were abundant, as one would expect for there: 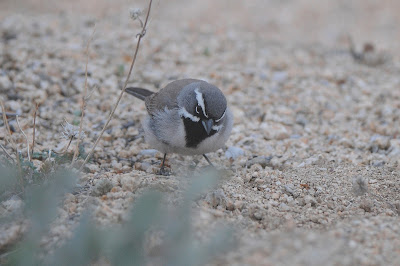 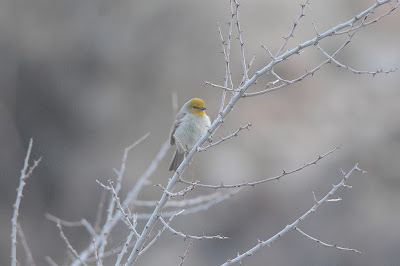 CACTUS WRENS were filling the desert with their quintessential grating song as well: 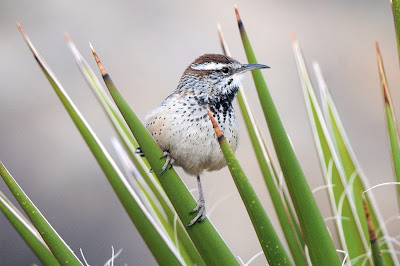 Then I stumbled onto an empid which I thought was odd for the time of year.  I took a bunch of photos but didn't feel comfortable at the time stamping an identity to it.  Here are some pics: 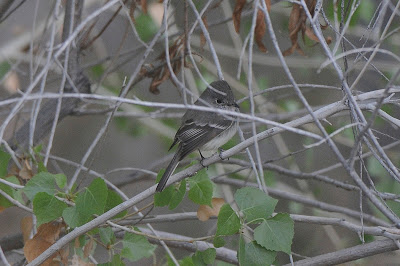 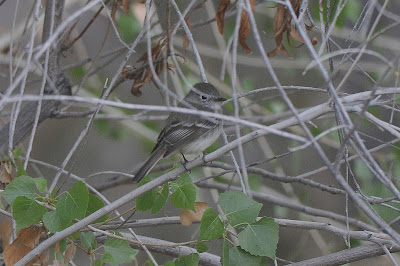 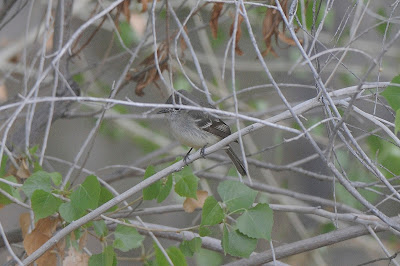 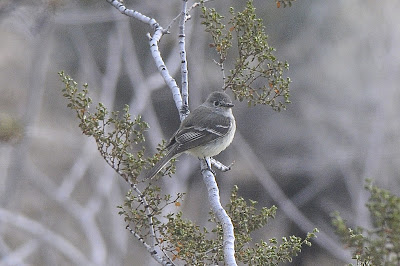 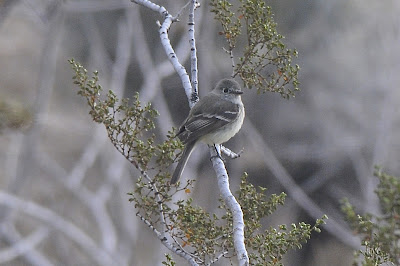 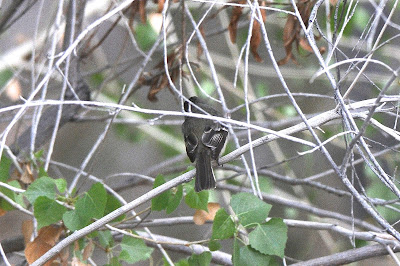 Given the short primary projection and tear-drop shaped eyering, I thought it was almost certainly a DUSKY FLYCATCHER or GRAY FLYCATCHER.  I actually was leaning towards DUFL for a couple of days but some other birders with way more experience with DUFL/GRFL confirmed it as a GRAY FLYCATCHER.  I was glad to learn more about the ID pitfalls of these guys and also glad to finally add GRFL to my state list.  :-)

From there is was time to drive straight to Encanto Park in Phoenix.  My target was the now-countable ROSY-FACED LOVEBIRDS.  They were truly EASY: 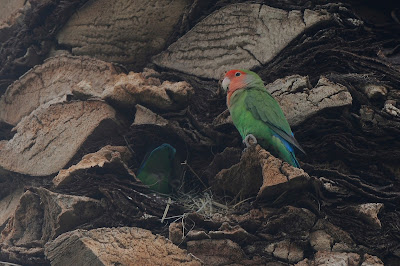 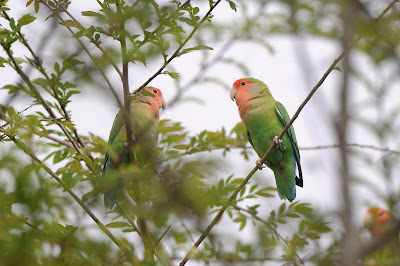 I ended the day by driving down to Madera Canyon, one of my favorite places at dusk: 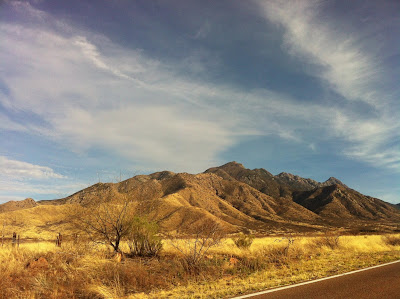