What happened 4 months ago today?  I landed on St. Paul Island and the lifer madness began.  If you do the math, I've averaged a new bird every 5 days!  Even up through yesterday, surprises come when you don't necessarily think they will... but more on my latest lifer in a bit.

A few days ago I got a text from Doug, another guide here, regarding Notchy.  Who's that?  Well... 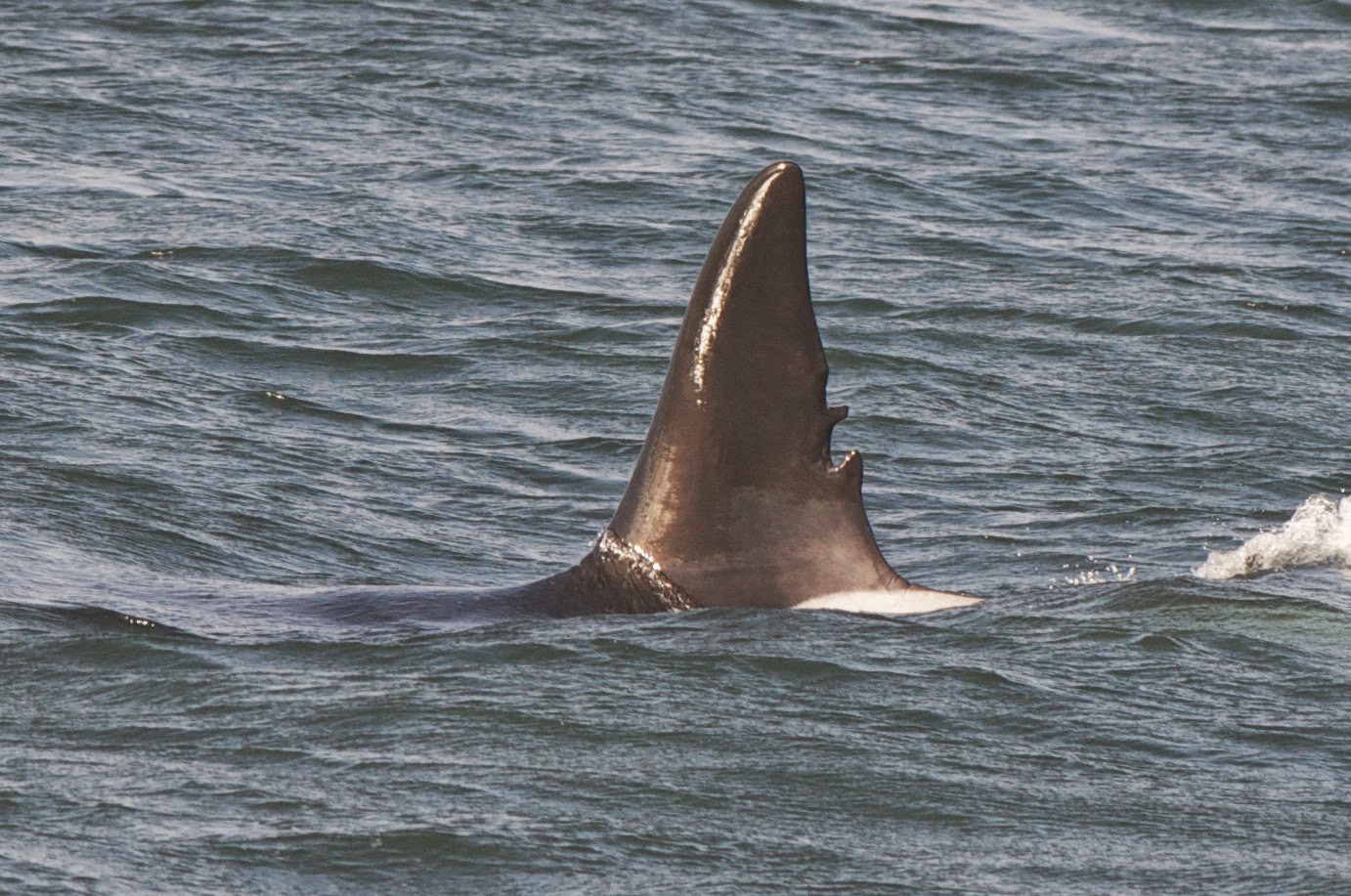 Indeed, it's the female Killer Whale that has been hanging around for the past several weeks.  What's more interesting is that this is the same female that was seen around St. Paul Island last year.  We know this because those notches in the dorsal fin are pretty distinctive.

Anyway, Notchy was swimming REALLY close to shore one day and when you look at photos, it's crazy to think of it being only 20 feet offshore.  I certainly wouldn't want to be swimming around and see this coming towards me: 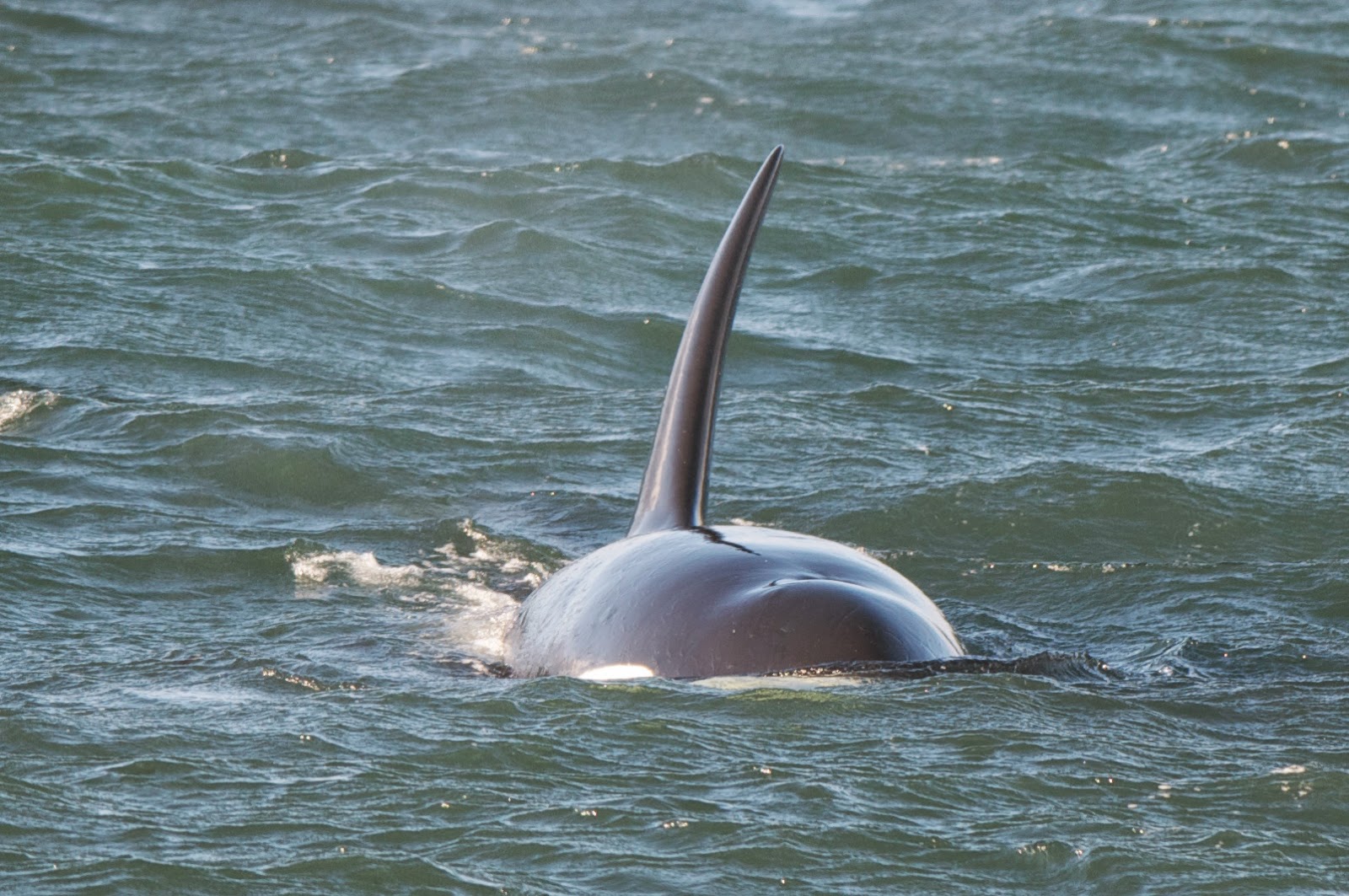 What's more amazing is that the Northern Fur Seals using that beach didn't haul ass out of the water!  No, they decided to swim around and, at times, follow Notchy around!  Curious little guys: 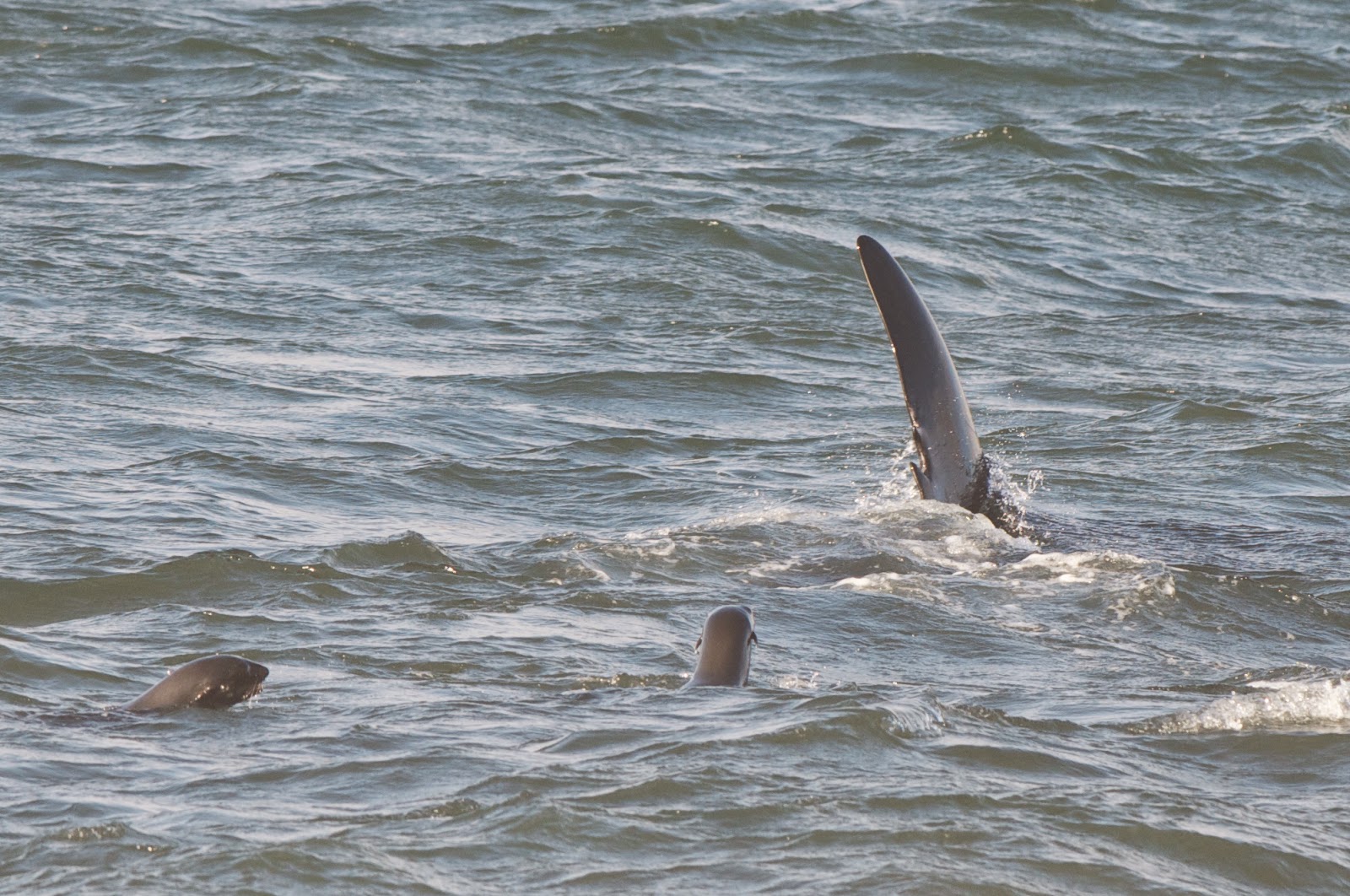 Here's another picture of a seal checking out the potential danger: 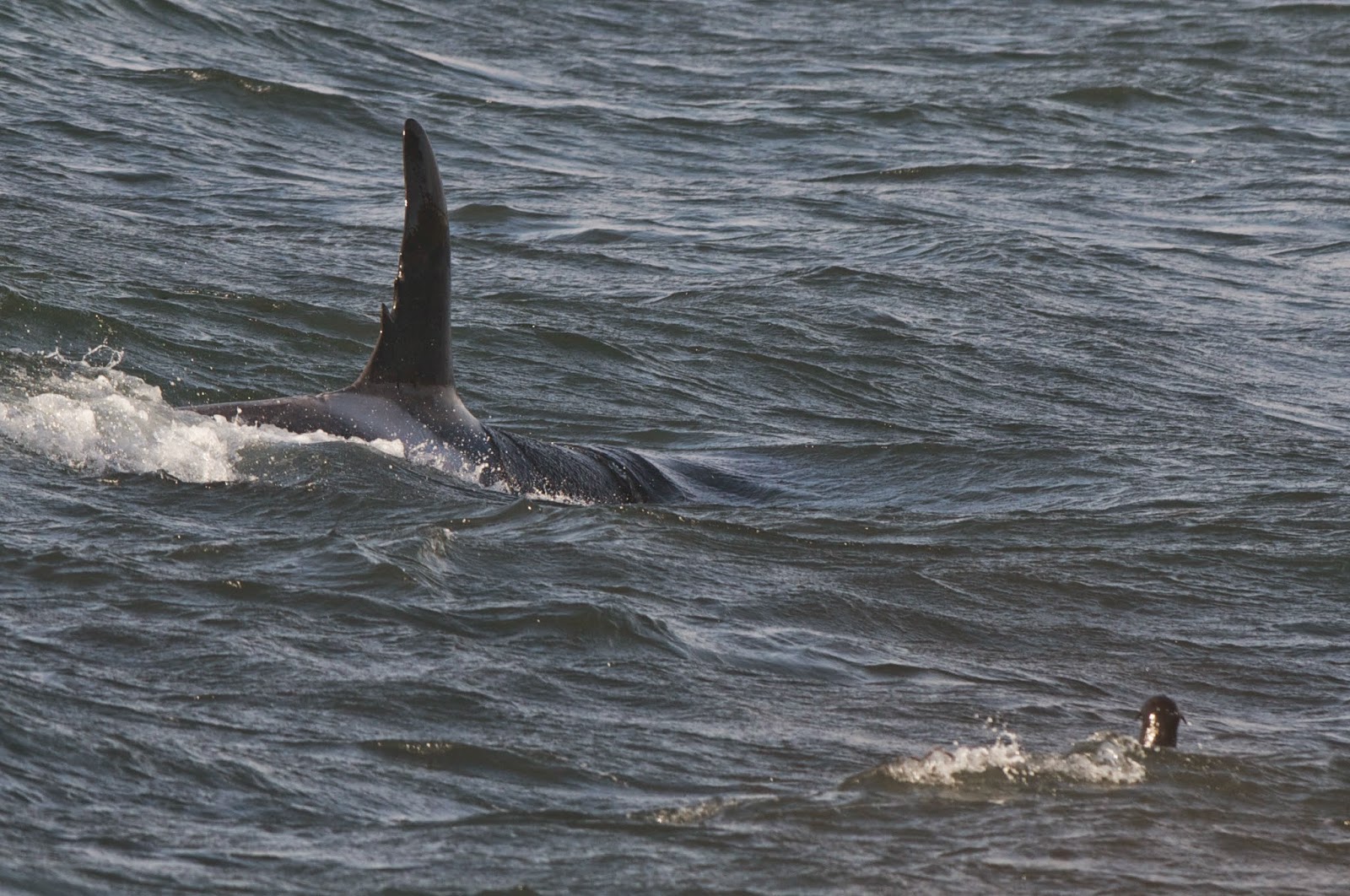 When we get gales out of the SE, we know to seawatch from Reef Point.  When the conditions are right, MOTTLED PETRELS seem to be fairly reliable offshore.  If you remember the wind map from my previous post, you'll understand we had wind!  Several of us seawatched for hours and for good reason; the petrels were moving in impressive numbers!  I seawatched from Reef for 2-3 hours and counted 235 MOTTLED PETRELS.  This is the second highest day total ever from St. Paul Island (and one of the highest counts in the ABA area as well). 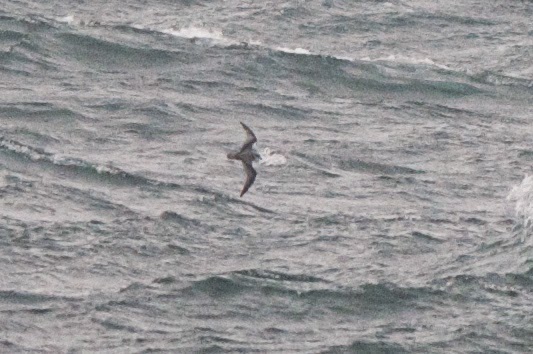 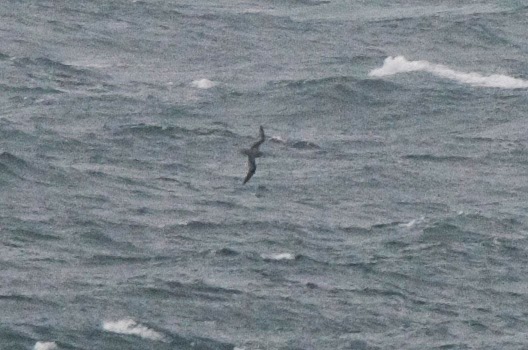 Here's a distant shot of the underside of a MOPE; note the dark belly patch and the dark "M" shape on the wings: 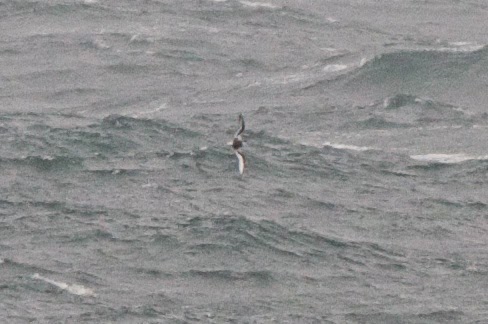 So yes, the storm had a noticeable impact on birds around here.  When driving towards the NE, the spit in Big Lake had more than 80 ARCTIC TERNS which is second-highest tally ever for St. Paul Island.  Here's a dark photo showing them all over a sliver of the spit: 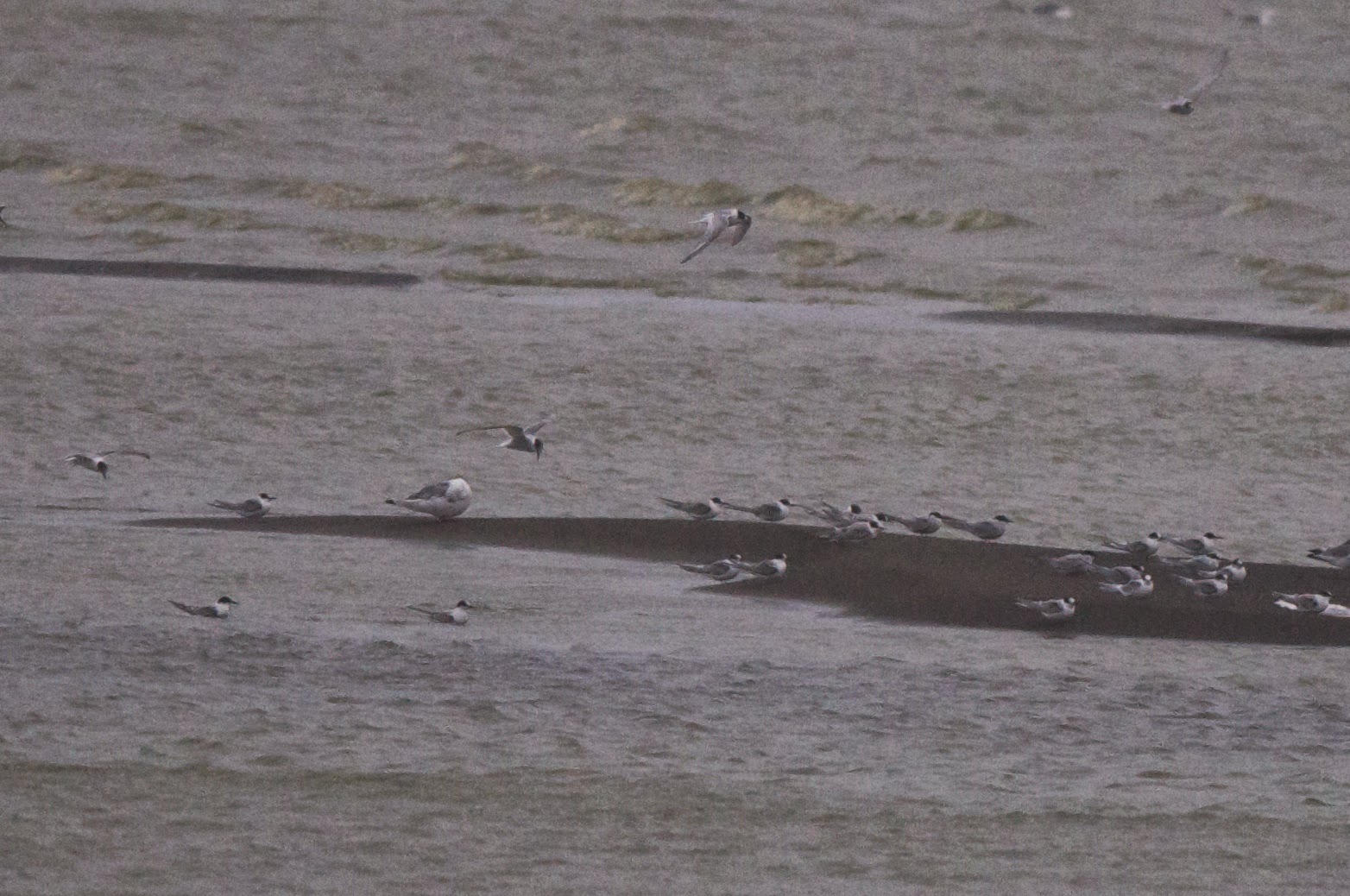 It seems as if the storm blew in some decent numbers of shorebirds too.  More than 90 SHARP-TAILED SANDPIPERS were tallied yesterday (and remember, this is a Code 3 species).  Here's just a small portion of a flock flying around at Pumphouse Lake: 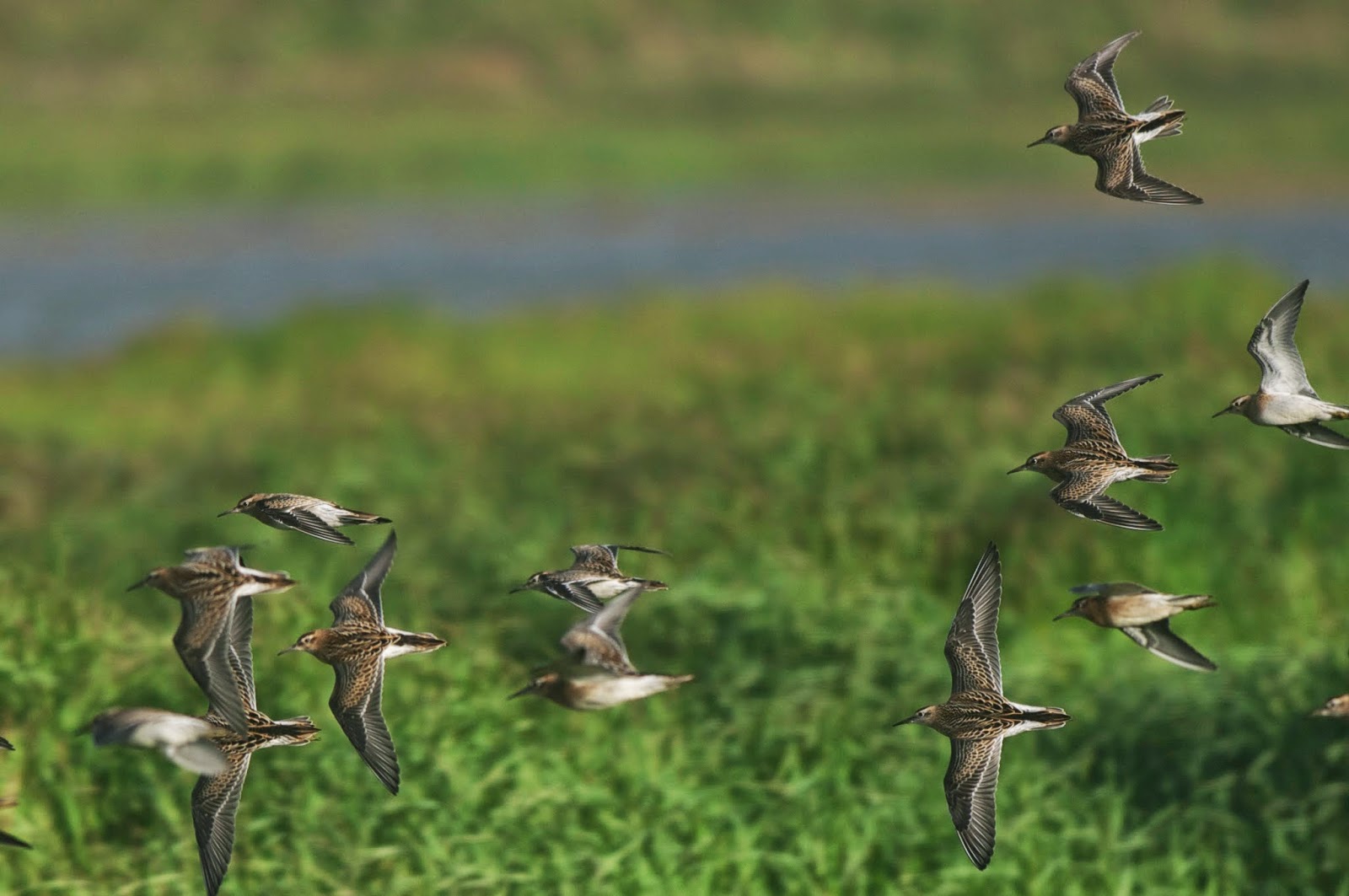 We've been seeing many PACIFIC GOLDEN-PLOVERS around lately which isn't unexpected.  Here's a quick shot of one in the parking area at SW Point: 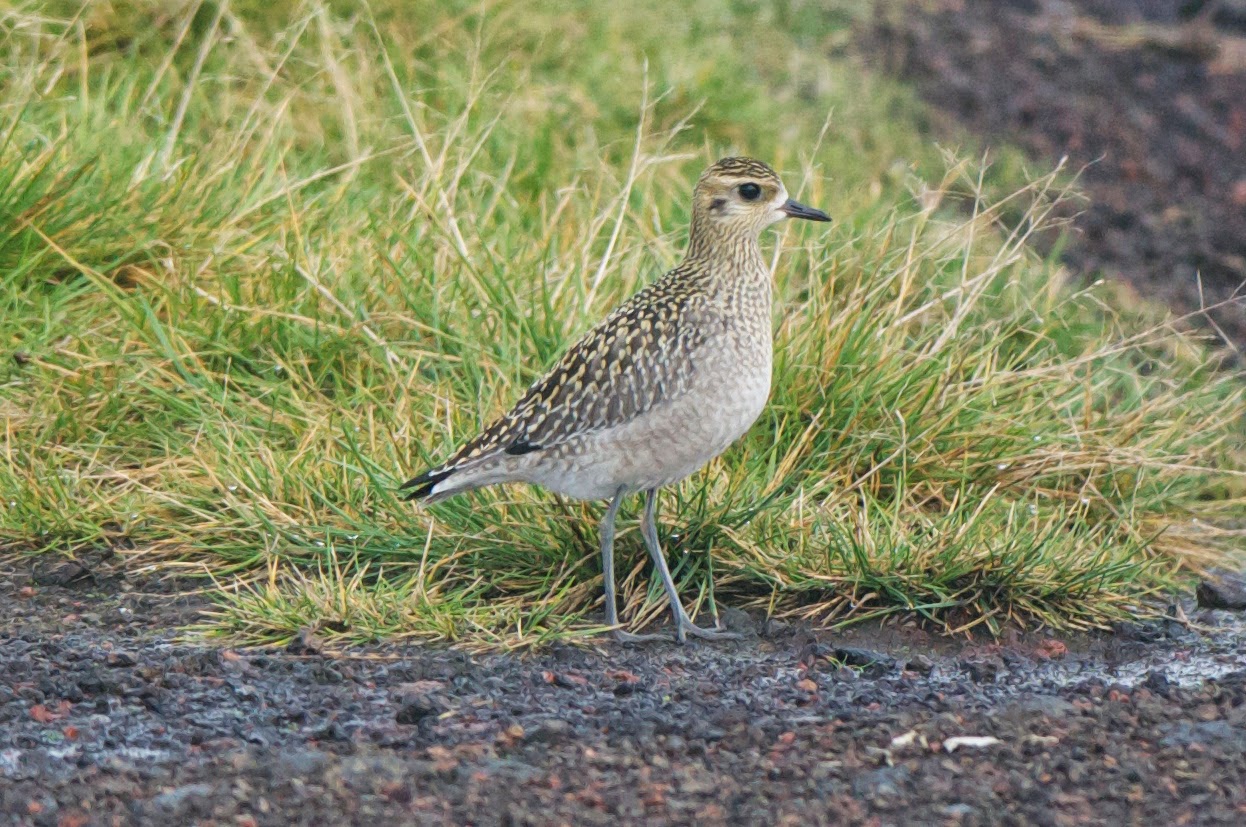 In terms of snipe, a second JACK SNIPE was found lately and several COMMON SNIPE also continue.  Here's one of the latter that flushed out of Barabaras Pond.  Note the white panel on the underside of the wings (Wilson's Snipe would show dark underwings): 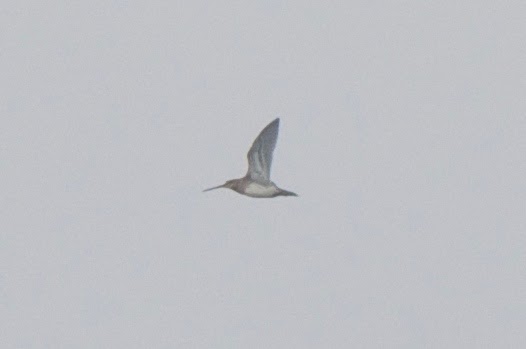 The winds also brought in other Asian species such as BRAMBLING (Code 3).  We saw 6 of them two days ago and 4 yesterday.  In fact, word came in that a flock of 22 was just found.  Woah!

In terms of celery patches, we bumped into a couple of PACIFIC WRENS up near Webster House which was a different species for there: 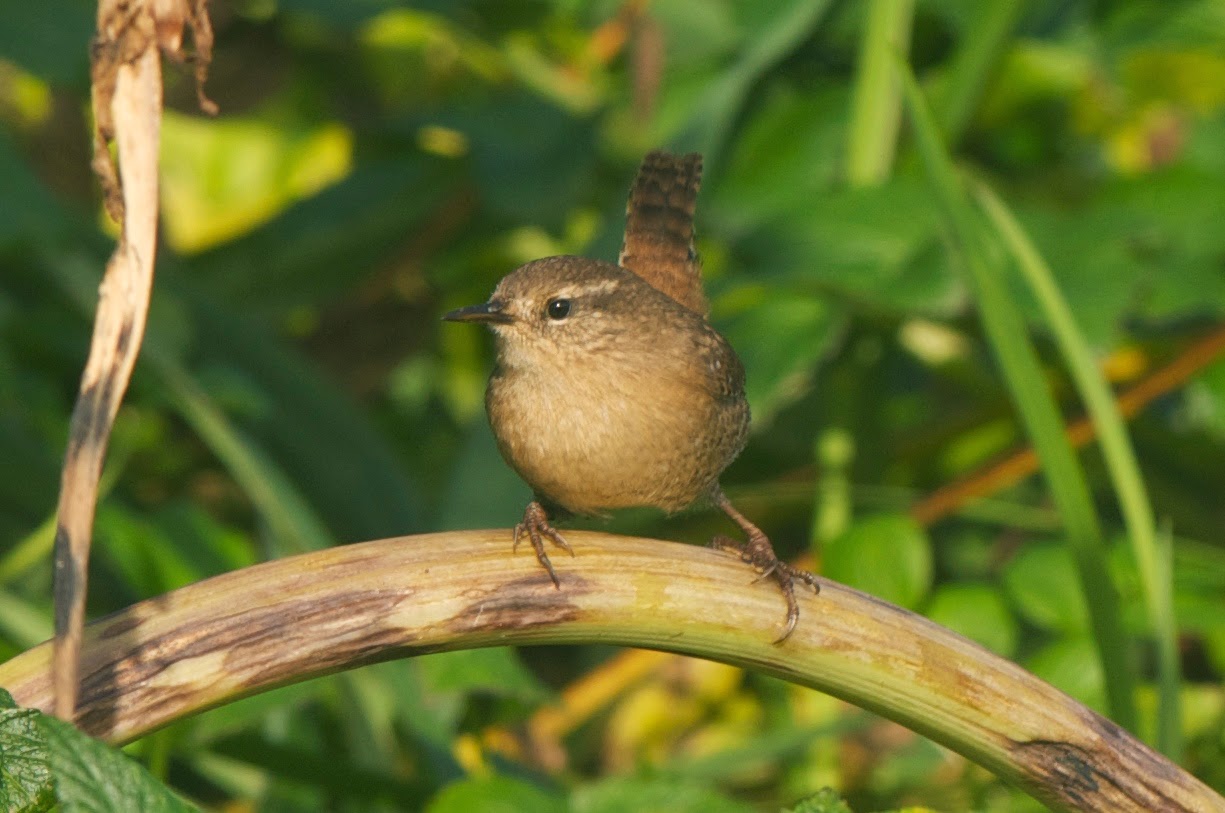 Then when walking the Antone Slough celery patch, things got better.  First up, we flushed an AMERICAN TREE SPARROW which is only the 9th Pribilof record: 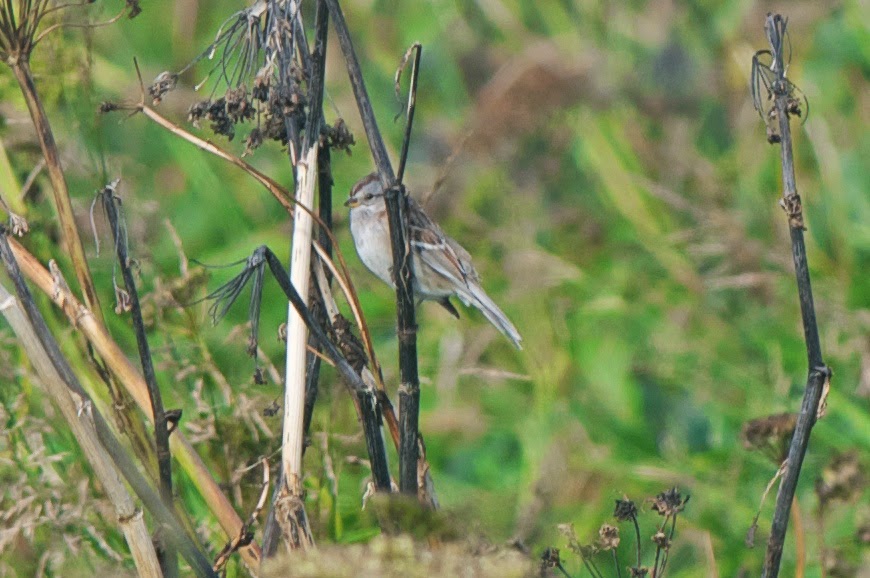 Things got even more interesting when an OLIVE-BACKED PIPIT popped up right in front of me!  This Code 3 rarity was high on my list of most-wanted species and I was very fortunate to be at the right place at the right time to snag this lifer, my 26th from St. Paul: 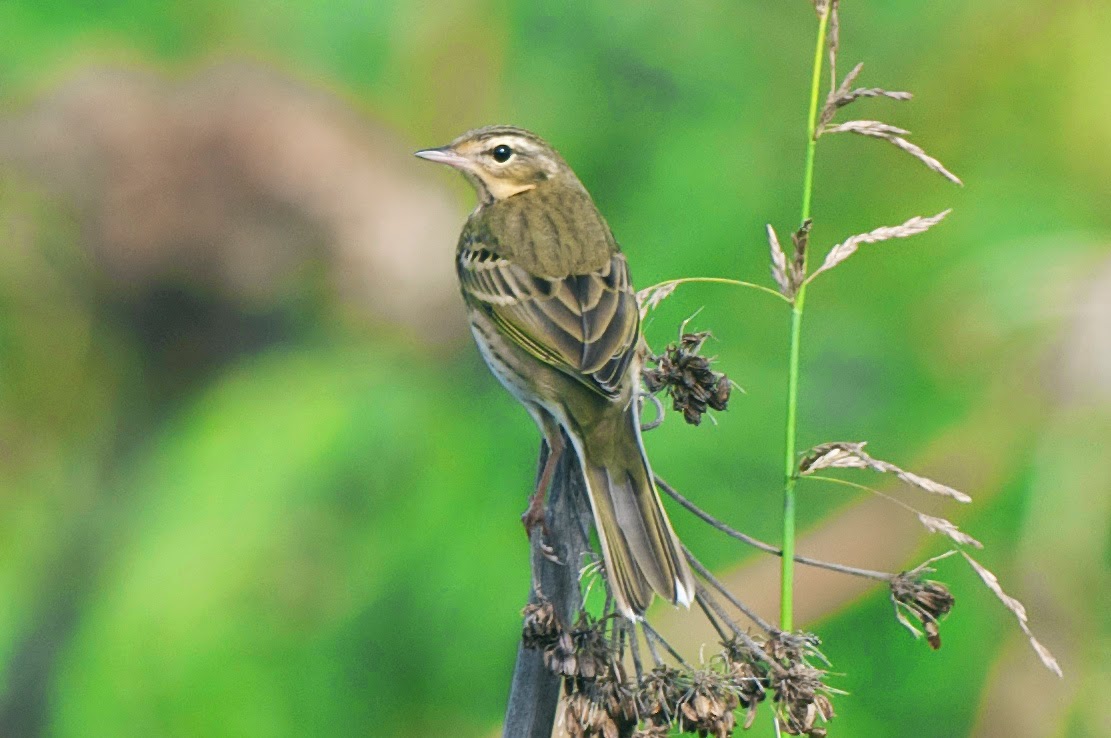