Fancy that, it's October!  In some ways, it's hard to believe that I arrived here in May.  In others, not so much.  One of those ways is getting to watch migration come and go... and then come and go again.  At this point in the season, most of the birds that bred to our north have already moved south to warmer climes.  With that said, there are still a lot of birds on the move and hopefully, some interesting migrants/vagrants are yet to come.

Our winds have been from the east for some time now and the forecast predicts more of the same: 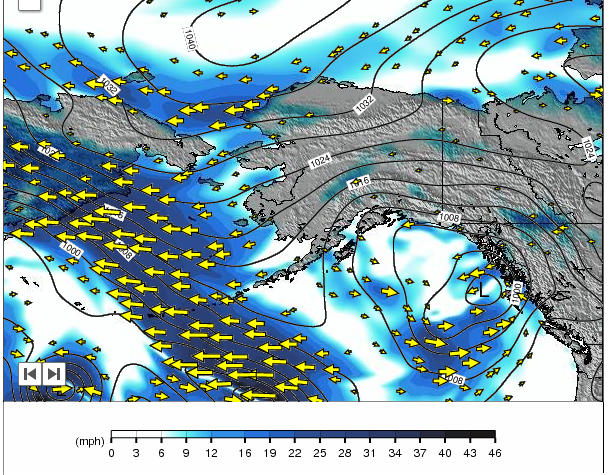 If you are hoping for Asian vagrants, which admittedly I am, these winds are close to the opposite of what you want.  However, some great birds have shown up on east winds though so dwelling on the wind direction isn't always worth much.

The rarest bird we've had lately was a warbler: 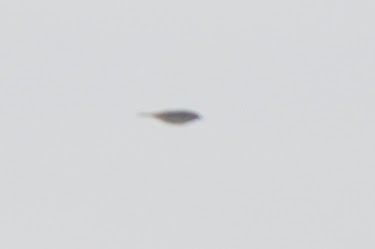 Of course, with such a blob of a picture, that does nothing for identification.  However, it was seen and photographed well on the ground before it flew off, the first Pribilof record of PALM WARBLER!  This is apparently only the second Bering Sea record, the first being on Gambell many years ago.

One of the rarest birds around that actually stuck for a few days is another American species.  This WARBLING VIREO in the celery at Antone represents the 5th record for St. Paul Island: 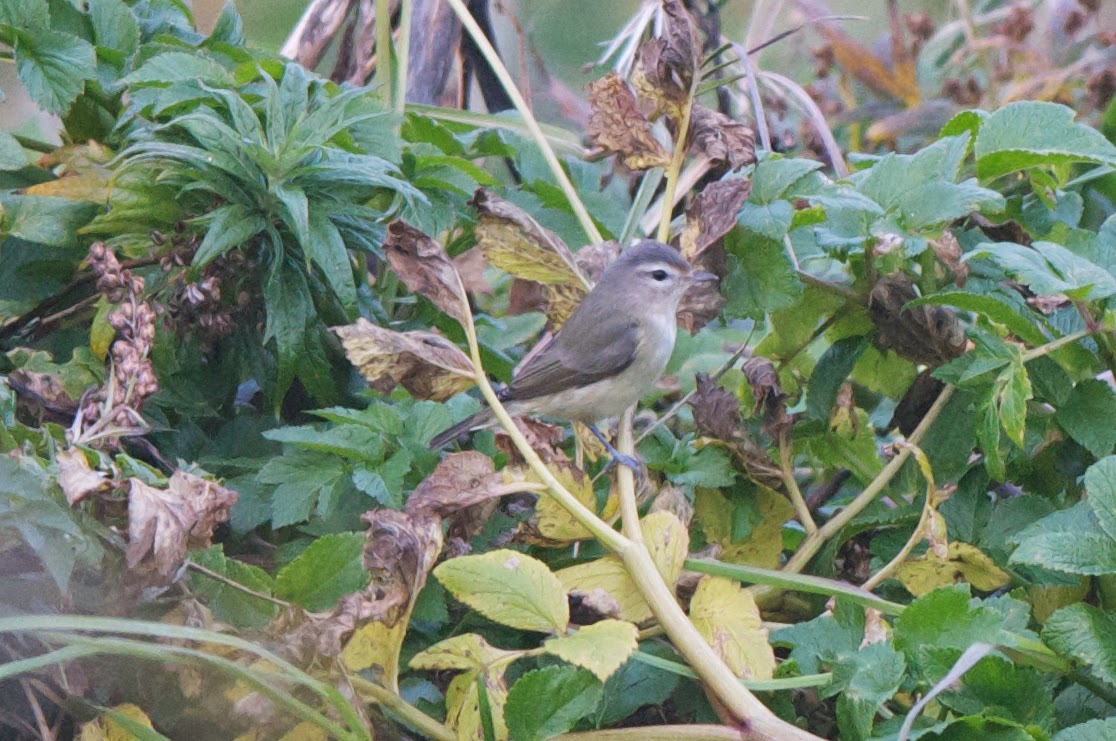 Another good bird showed up... Scott found the 10th Pribilof record of AMERICAN TREE SPARROW at the FWS crab pots.  A few hours later, I was driving by Zap Ravine and found another one!  (Yes, I sped back to the pots to relocate the first one which was still there).  Here's the 11th Prib record: 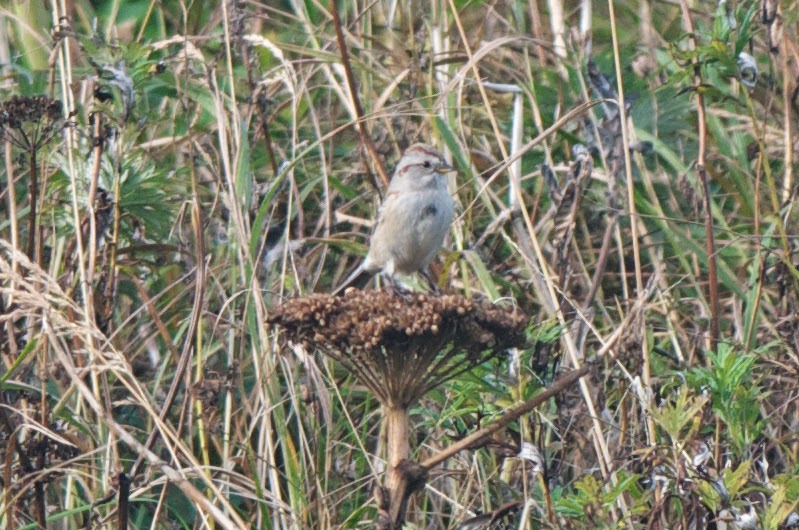 I was headed to SW Point one day when this bird flushed from the road in front of me: 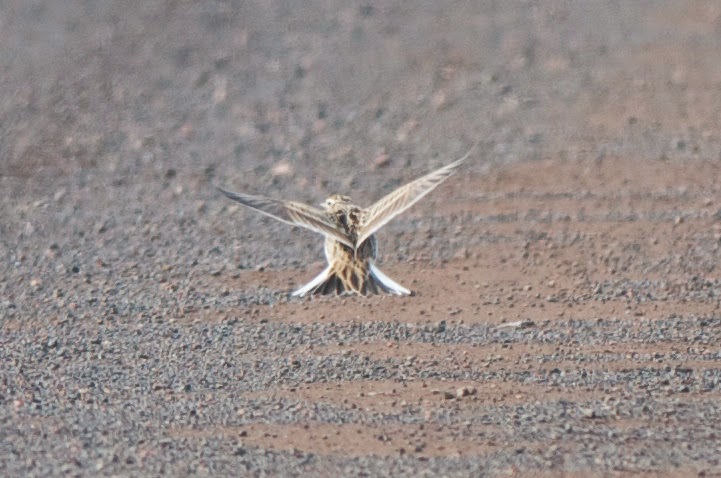 Hark!  It's a SKY LARK, a Code 3 vagrant from the Old World.  Although we have had several of these this year on St. Paul, it's still fun to bump into something unexpected.  I hopped out of the vehicle and snapped a digiscoped pic: 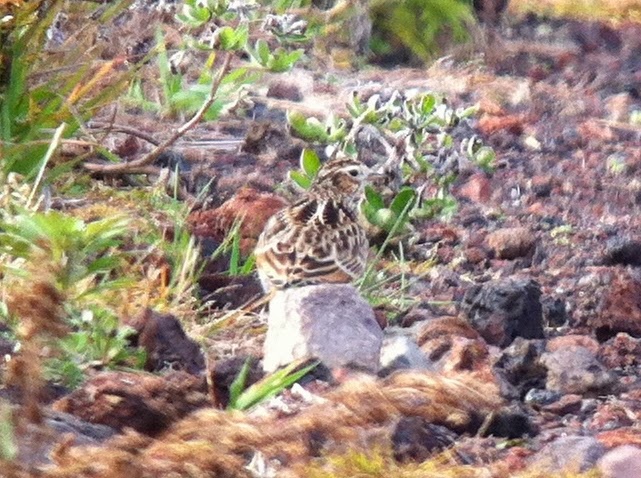 Nearby, a flock of 18 CACKLING GEESE flew by.  To have even a couple of these is uncommon here in fall but we've had good numbers lately.  Most of these are of the Aleutian race: 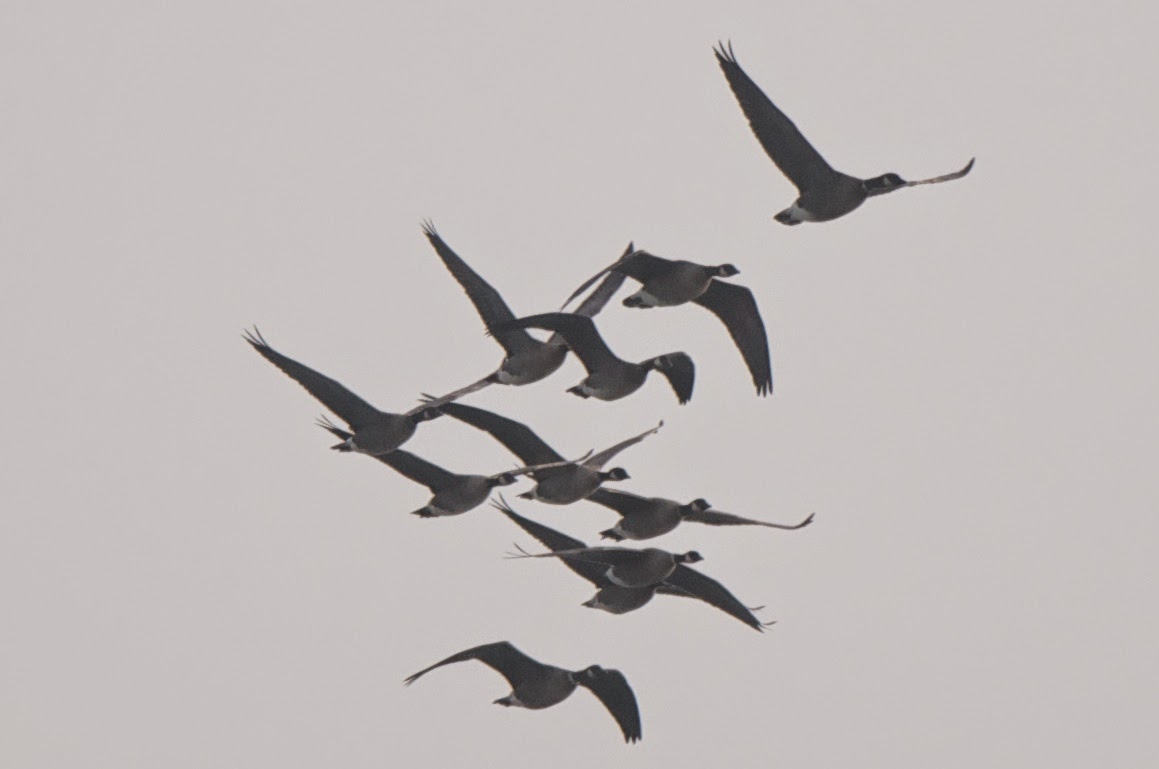 We still have some lingering American birds too.  One such bird is the bright YELLOW WARBLER that's been frequenting the Quarry Crab Pots: 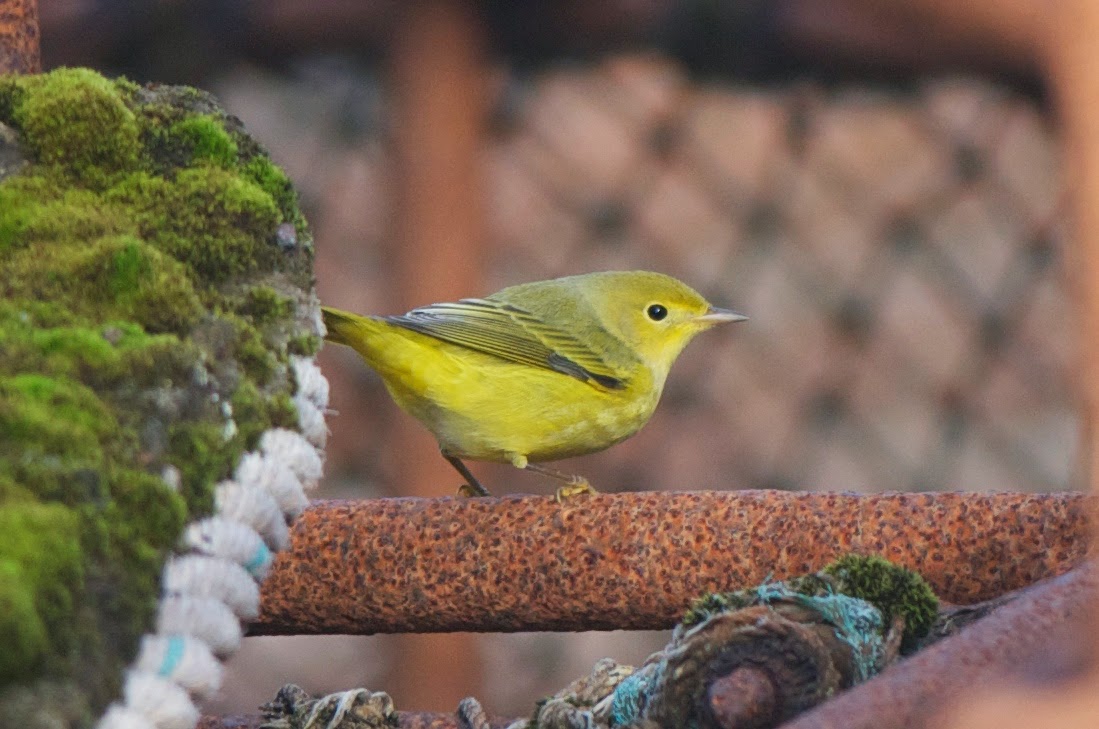 An even nicer surprise was this young RED-NECKED PHALAROPE on Weather Bureau Lake.  This is the 3rd latest local record.  Get going, buddy: 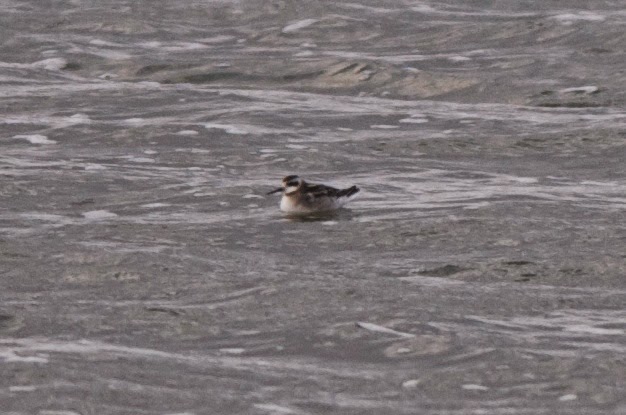 We continue to have a few shorebirds around despite most of the ROCK SANDPIPERS and RUDDY TURNSTONES having left already.  One species that typically lingers is the PACIFIC GOLDEN-PLOVER; here are two in Novastoshna: 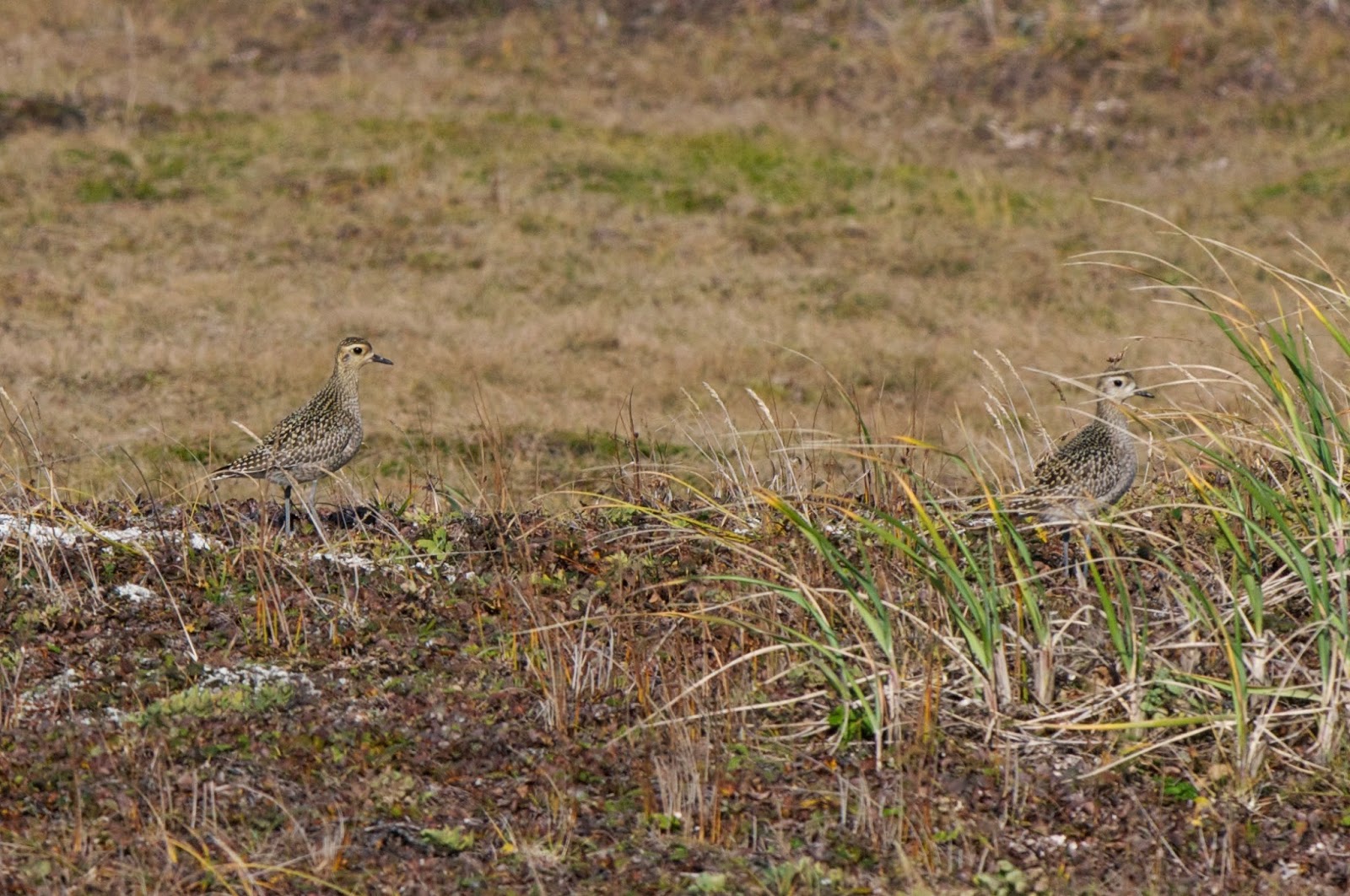 However, rather odd for this time of year is an adult still in breeding plumage.  This one has been at SW Point for several days now: 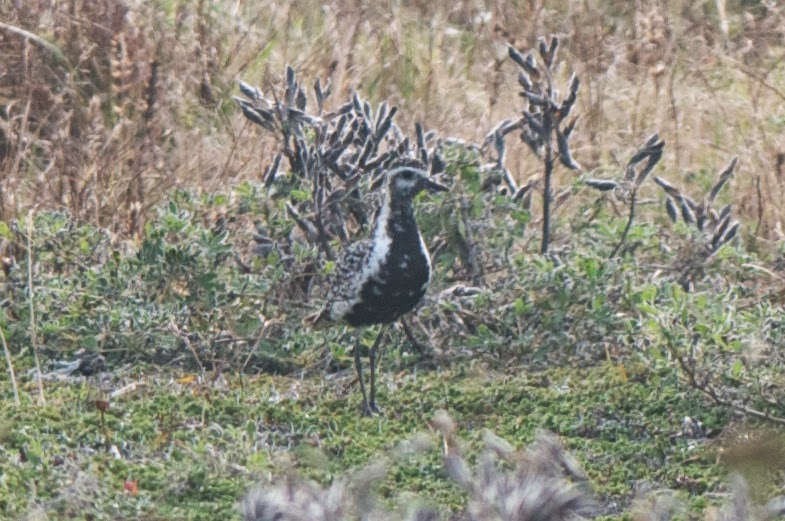 At a quick glance, you might think this is another golden-plover.  However, this is a rare BLACK-BELLIED PLOVER found yesterday.  This is only the 15th record for the Pribilofs: 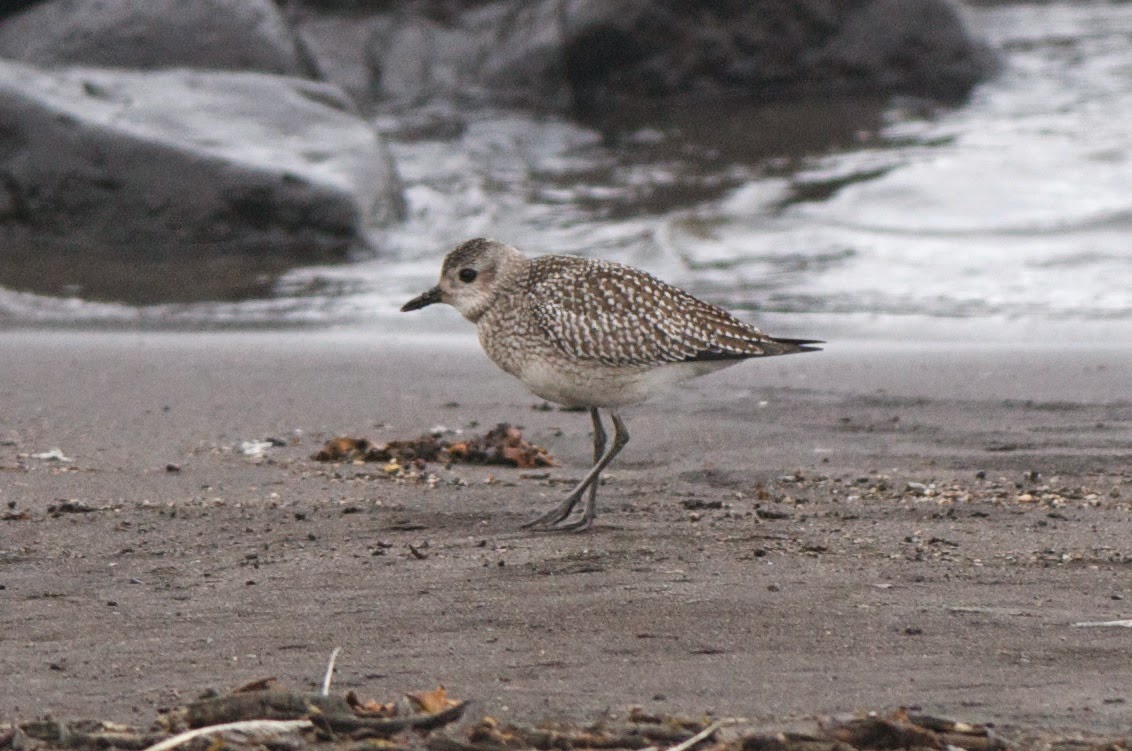 A long overdue highlight for me was FINALLY seeing my first PRIBILOF ISLAND SHREW! 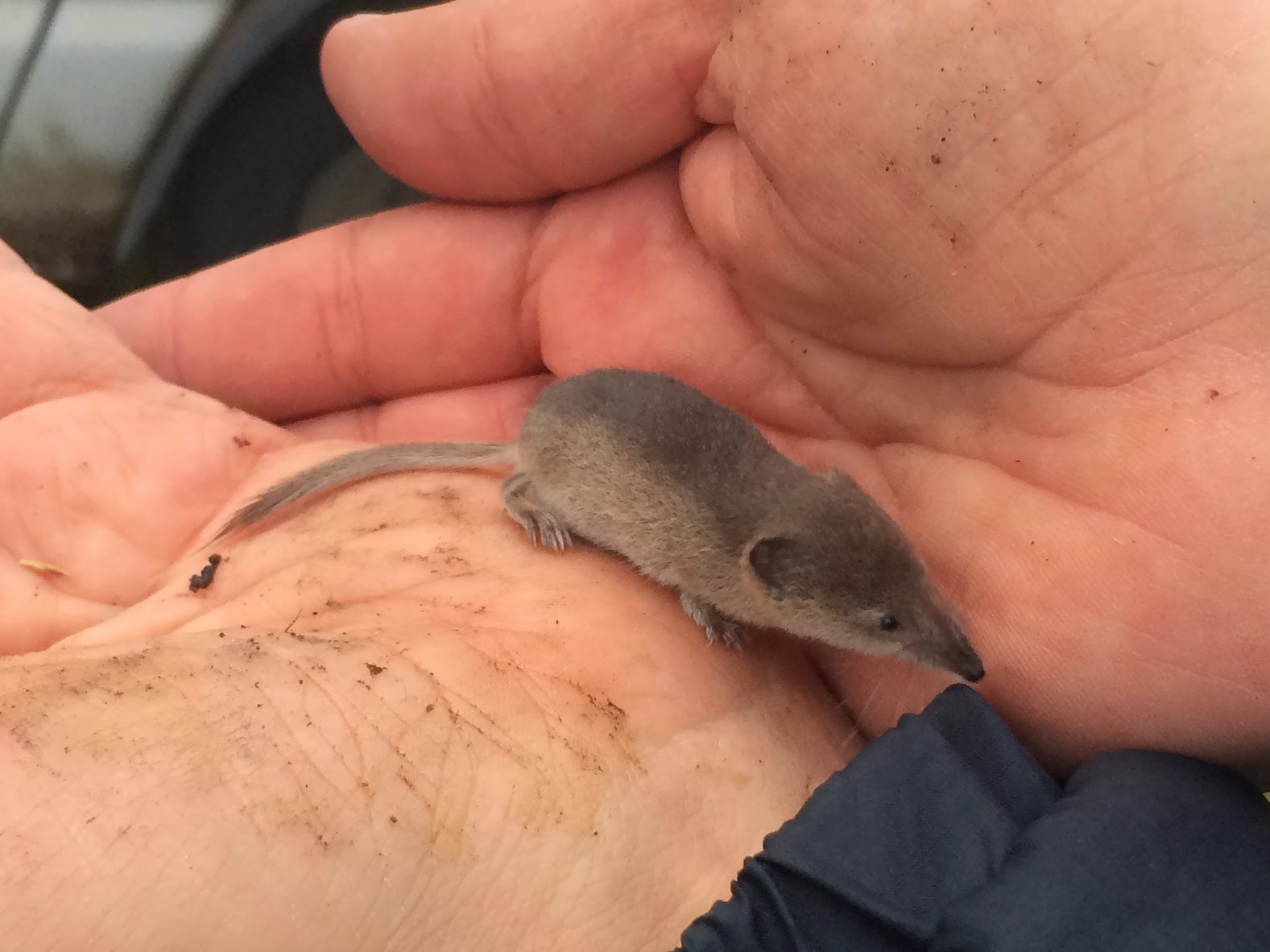 These little guys are special for a bunch of reasons.  Maybe most interesting is that this species is found nowhere else on the planet; it is endemic to St. Paul Island.  Even though they've been known to inhabit St. Paul for at least 200 years, it's thought that they've endured here since the area became an island (some think about 16,000 years ago).  Here are some interesting things about shrews:

Anyway, I'll end this post with a photo; an evening at Marunich: 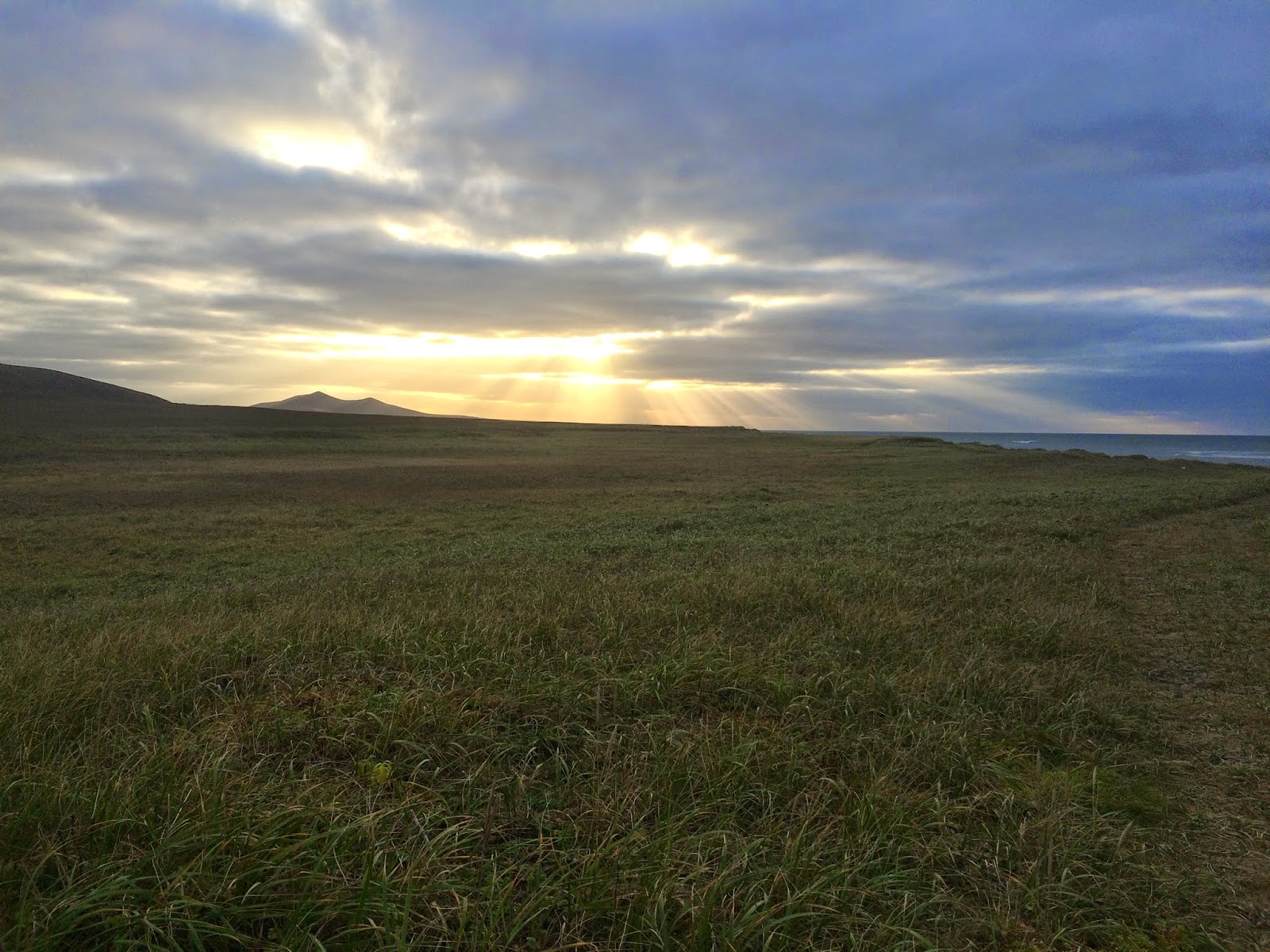