Early this morning, Torre Hovick and I made a run up to Dickinson County for Snowy Owl.  It wasn't long before we ran into Ed Thelen who has graciously updated us all on the status of these birds.  He hadn't seen anything either at the time so we split up, both looking for the owls.  A few minutes later, Ed called Torre with the good news that they had spotted one of the owls.  Thanks Ed!
Below is a picture of the VERY distant SNOWY OWL: 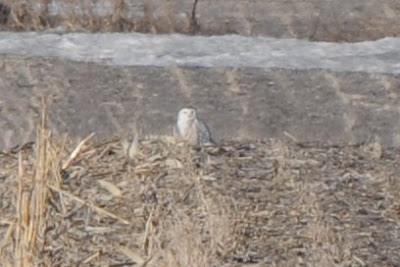 Torre and I then checked out the Ruthven cemetery.  It wasn't long before we flushed a GREAT HORNED OWL, pictured below: 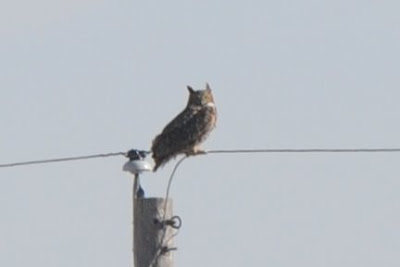 After checking out the owl for a second or two, we found a flock of about 44 COMMON REDPOLLS.  Squeaking for a few seconds would send the flock reeling around you!  See 2 photos below: 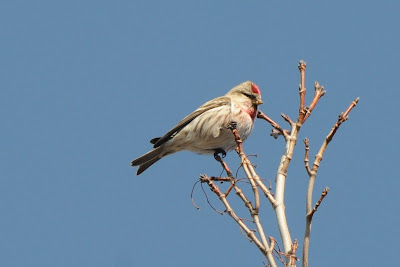 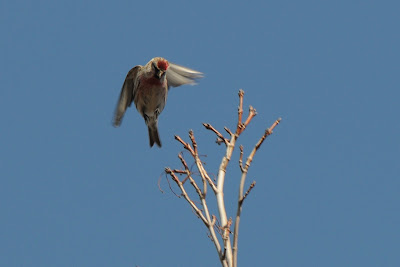 On our way back south, we found this MERLIN near Fort Dodge: 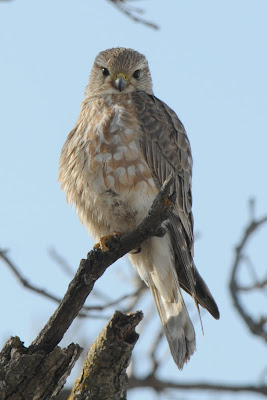 First and foremost, we were lucky to have a Common Redpoll visiting the feeders again today.  Below is a picture of the thistle trifecta: Pine Siskin, American Goldfinch, and Common Redpoll. 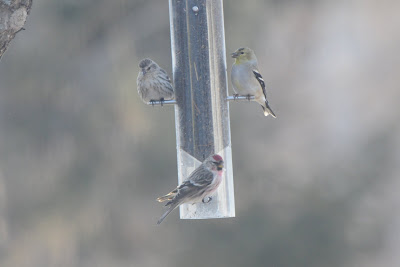 Below is the same Common Redpoll peeking around a different feeder: 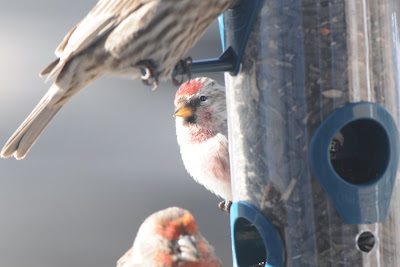 Ashley and I headed south to check out Saylorville also this morning.   There wasn't much of note but several thousand geese were piled up by the Route 17 bridge (Canada & Cackling with a few Greater White-fronted mixed in).
The Northern Saw-whet Owls seem to have moved on, they have not been at any of their previous roosts for several days.
Below the dam were a half-dozen Bald Eagles, this one making a pass at a fish! 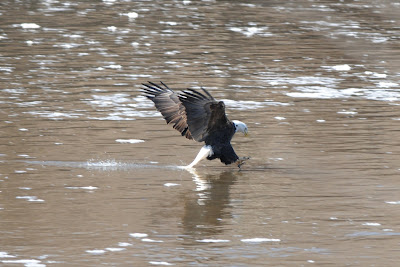 Also below the dam were several Red-tailed Hawks soaring overhead.  Below is an adult: 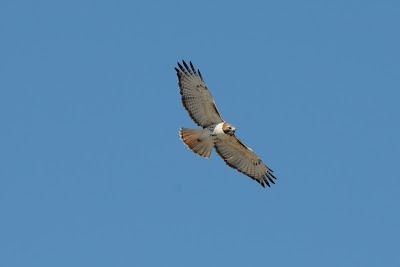 While sorting through a few geese below the dam, I stumbled on this odd bird.  I believe it's a hybrid between Greater White-fronted Goose and Canada Goose.  Please share your thoughts!! 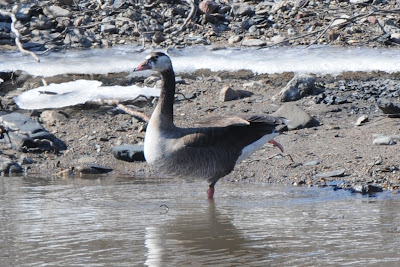 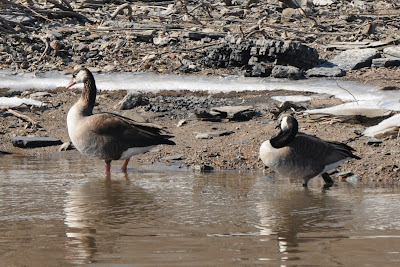 As some of you know, I've recently made the jump into using some higher-range camera gear.   I'll be now shooting with a Nikon D300 with a Nikkor 300mm f/4 lens.
Many have asked that I post something with the new setup.  Well, there isn't much to photograph here in Iowa at the moment but I'll keep you posted!!  For the time being, I'll post just a couple pictures of nothing special.....
Below is a Yellow-rumped Warbler down near Saylorville with  nasty, gray sky behind it: 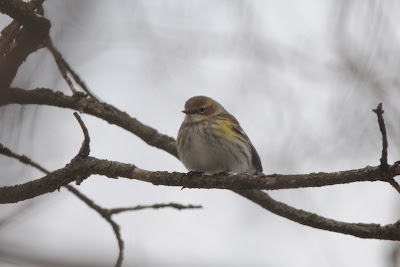 Below is a male House Sparrow taken here in downtown Ames: 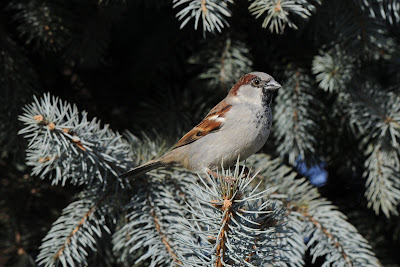 Torre Hovick and I made a trip out to western Iowa in hopes of relocating a Snowy Owl that had been present for several weeks.  Unfortunately, the Snowy was NOT present (although it returned several days later!!).
Still, we had a good day of birding.  In the Owego area, we had:
Snow Buntings
Rough-legged Hawks
Northern Harriers
Merlin (see photo below) 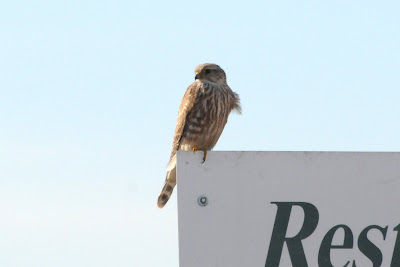 We later headed back east stopping along the way.  One stop provided some great opportunities for geese pictures in flight. 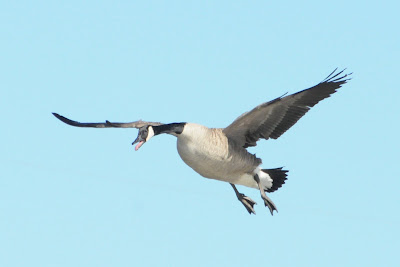 Above is a Canada Goose coming in for a landing.  Below is a Cackling Goose doing the same. 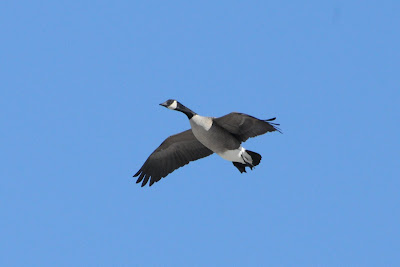 Once on the ground, I took a couple shots of some Cackling Geese, look at how it's dwarfed by the near Canada Geese! 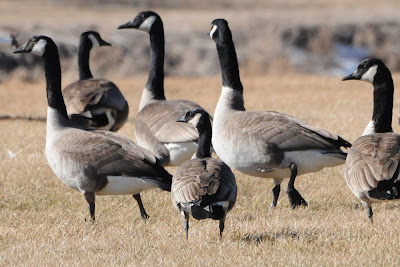 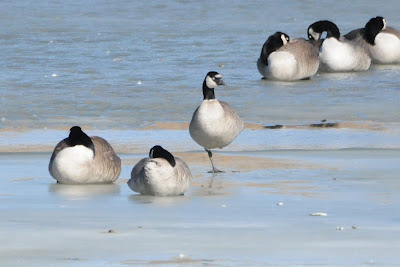 We later went to Moorhead Park in Ida County to looks for owls.  We were not dissapointed!  First, we flushed a single Long-eared Owl.  Second, Torre spotted a Northern Saw-whet Owl!  Photographed below, you can see it's roosting with prey in its talons! 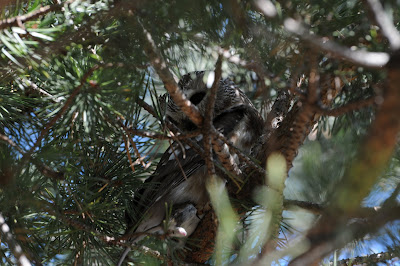 This particular Northern Saw-whet Owl was rather obscured by branches.  Below is one of the clearer shots. 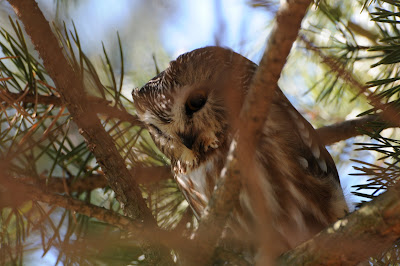 We kept looking for owls and soon found a tree with SIX Long-eared Owls in it!!  Below are two photographs of a couple of them. 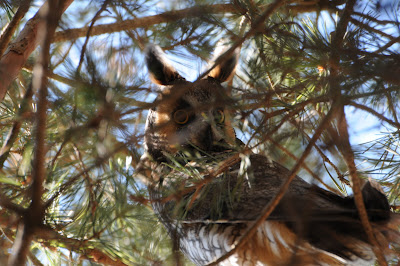 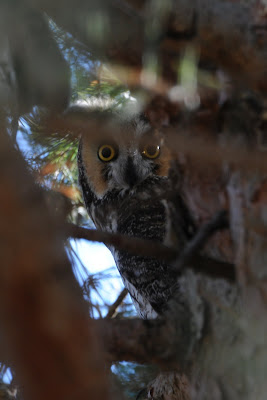 We continued the day looking for crossbills in random cemeteries but that also didn't pan out.
However, perhaps the most noteworthy sighting of the day was (believe it or not), a TURKEY VULTURE that was found soaring over Fort Dodge!  This is exceedingly early for this species to be found anywhere in Iowa yet alone north central Iowa!  Given the past week of warm temperatures, strong south winds, and the melting of all our snow, this sighting wasn't too far-fetched.
Posted by Cory J. Gregory at 2/13/2009 08:32:00 AM

Ashley and I got out birding some today.  Just north of Ames on 180th was this Northern Shrike. 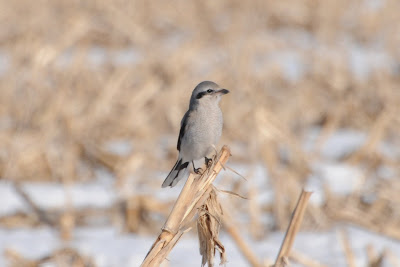 A little later in the day, we drove by an exceptionally tame Cooper's Hawk, photographed below. 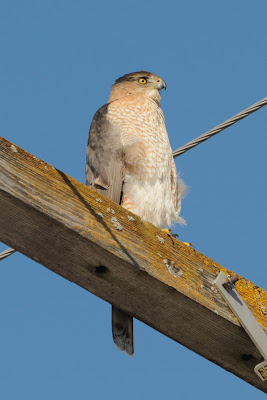 At Wolf Creek Rec Area in Grundy County, Ashley and I had a couple White-winged Crossbills.  A flock of 12 was initially found here 8 days ago.  Although we didn't see quite that many, our visit was pretty brief.
At dusk, we waited at Colo Bog for Short-eared Owls but came up empty.
Some other birds of note today included:
2 Great Horned Owls  (1 in Grundy County in a pine stand, 1 east of Nevada after dusk)
1 Merlin
50+ Pine Siskins
1 Rough-legged Hawk
Several Snow Buntings
Numerous Horned Larks along all the roads
Posted by Cory J. Gregory at 2/07/2009 08:04:00 PM