Although I suppose it was a bit overshadowed by the COMMON CHIFFCHAFF the day before, I snagged yet another lifer the following day, an ARCTIC WARBLER.  Here, although not a great look, you can see the long eyestripe and a faint wingbar: 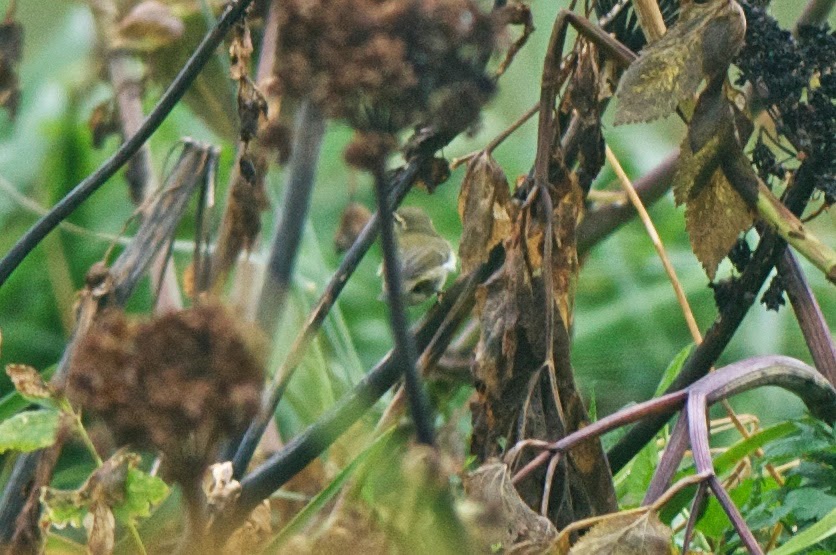 This species, along with the Code 5 chiffchaff, belongs to a genus of Old World Warblers (Phylloscopus).  Although the ARCTIC WARBLER is a lowly Code 2 (it breeds in Alaska), I had been hoping for this species for months so imagine how happy I was to finally connect with it.

We flushed that bird up out of the wild celery patch near Antone Slough.  You see, we purposefully walk in lines through the large stands of wild celery hoping to flush rare birds.  Because we have no bushes or trees on the island, the wild celery is one of the few plants that provides a little bit of "understory", if you will.  It's a devil to walk through (just ask any of the visiting birders that expected an easy stroll around St. Paul) but it has provided amazing rarities through the years.

Although not an amazing rarity, here is a YELLOW WARBLER, a new island bird for me, that we flushed out of the same celery patch: 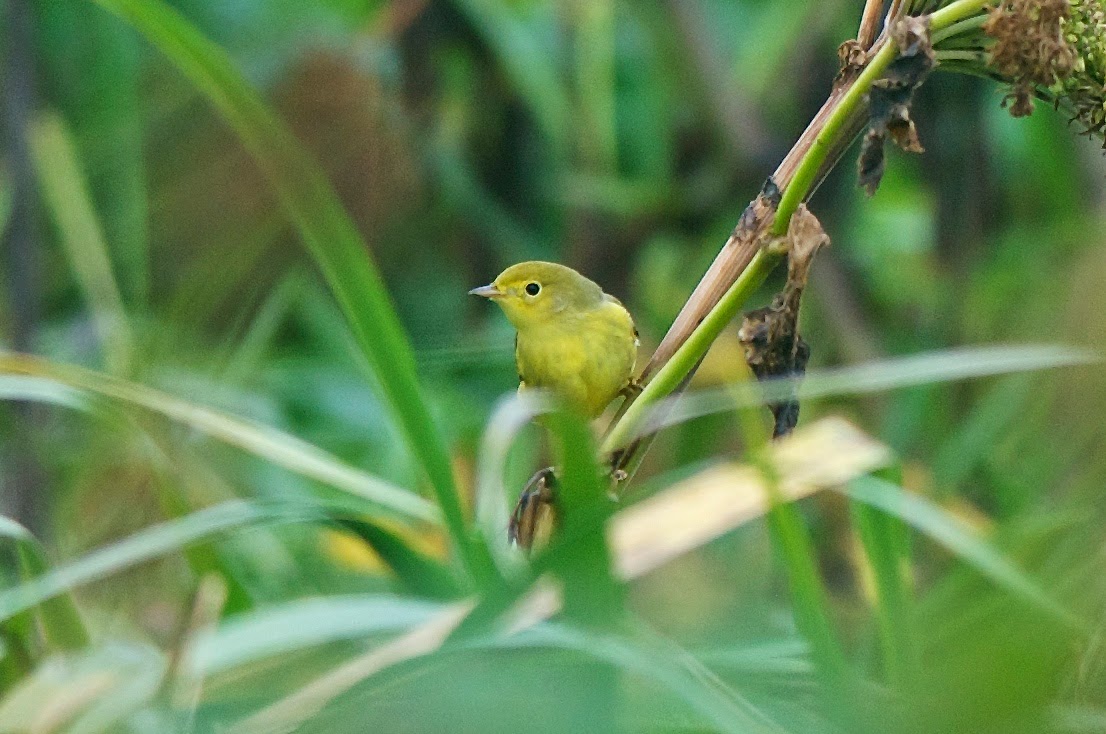 St. Paul Island has a ridiculous list of shorebirds.  Of the 64 species seen on the island, one of those is the WHIMBREL.  They're not common here and this bird on Zapadni Beach was one of 4-5 records for the year so far: 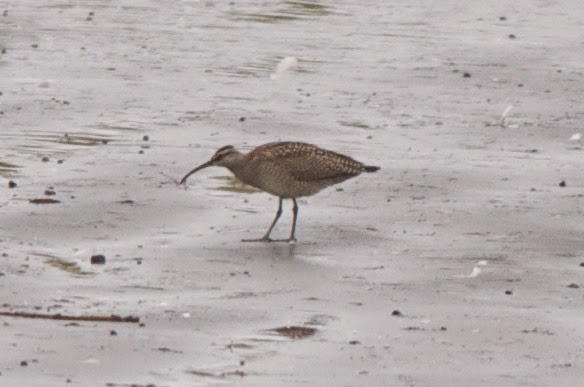 Another shorebird, and one that is much more common, is the Northeast Asian-breeding SHARP-TAILED SANDPIPER.  How common are they?  Well, on the 3rd of September, as many as 28 were seen.  St. Paul Island is recognized as being one of the most reliable places in the ABA to see this Code 3 shorebird.  Here is a juvenile we saw today in Cup Pond: 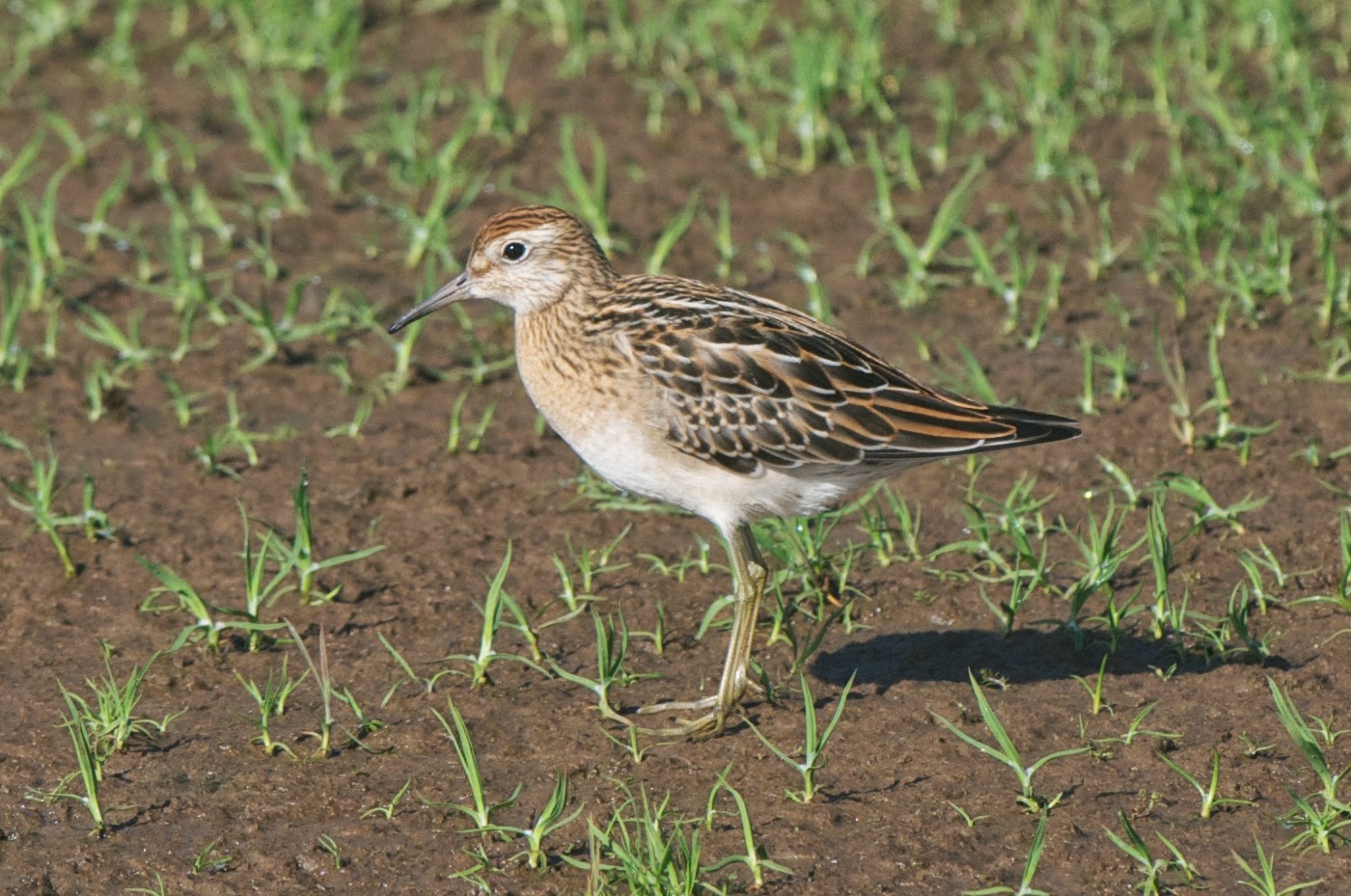 I know I mentioned the crab pots in my previous post.  Well, here's a PACIFIC WREN that we found in the pots the other day.  This species is 1 of the 4 breeding passerines here on St. Paul (can you guess the other 3?): 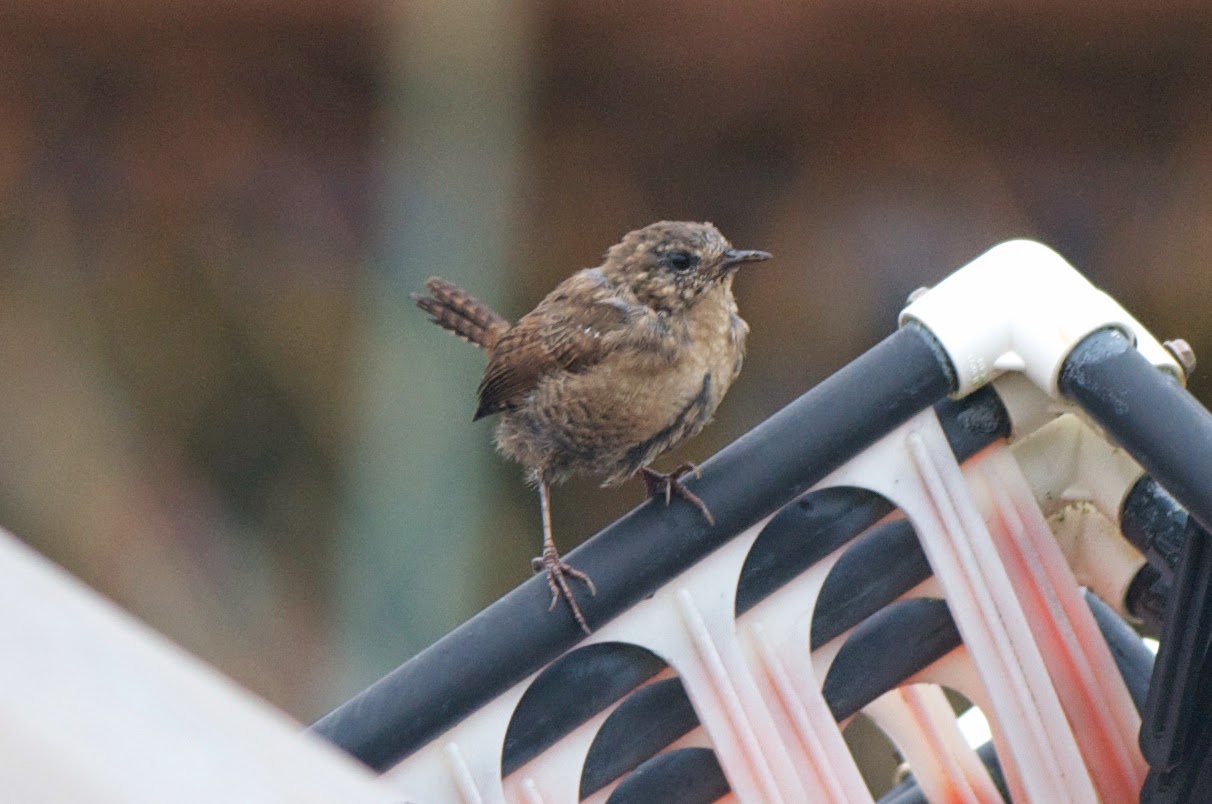 They are LAPLAND LONGSPUR, SNOW BUNTING, and GRAY-CROWNED ROSY-FINCH.

Also lurking around the crab pots was one of the local ARCTIC FOXES: 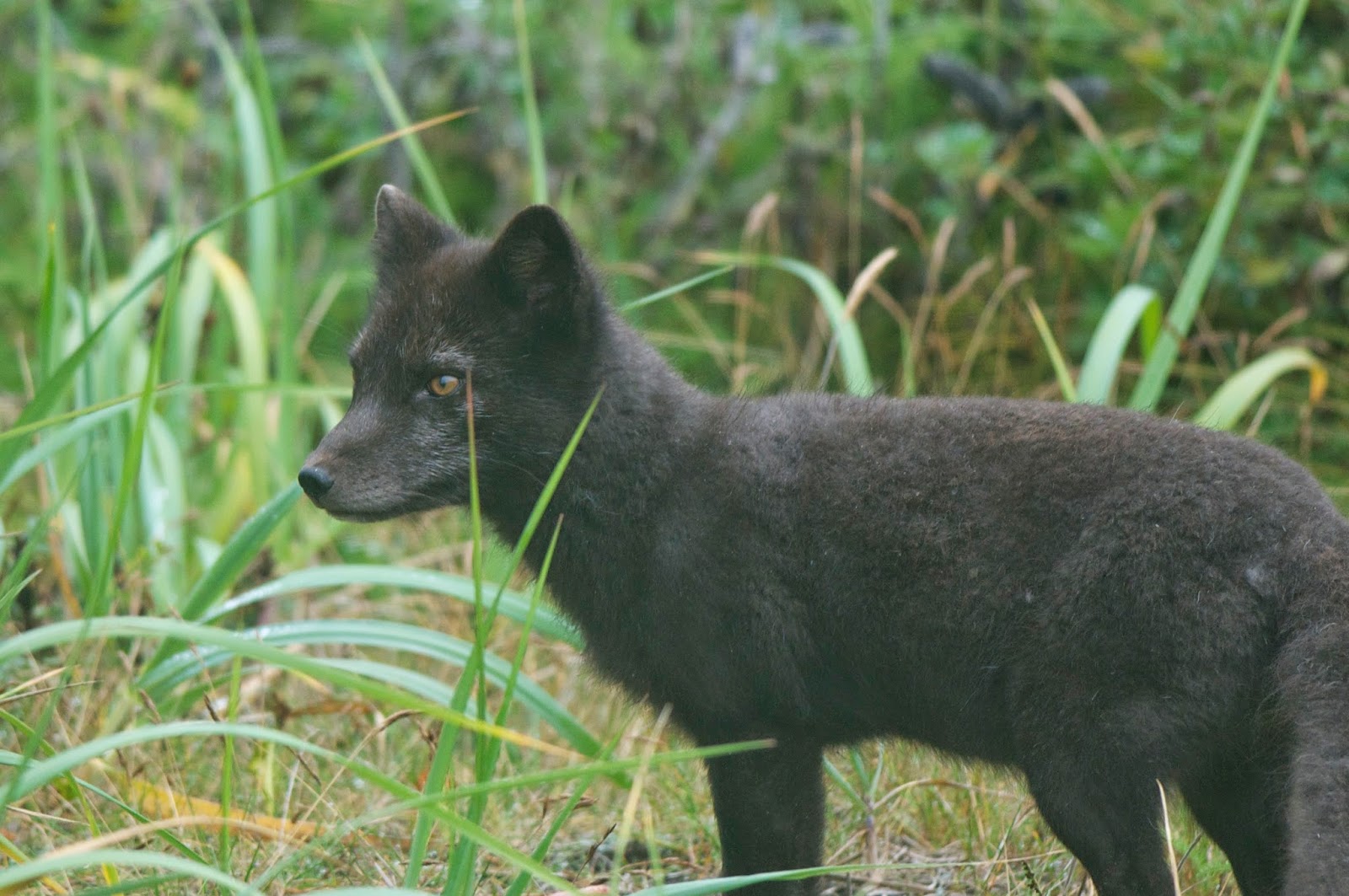 Depending on where you live, you probably have large numbers of gulls like Ring-billed, Herring, California, or Glaucous-winged.  Here, we have kittiwakes! 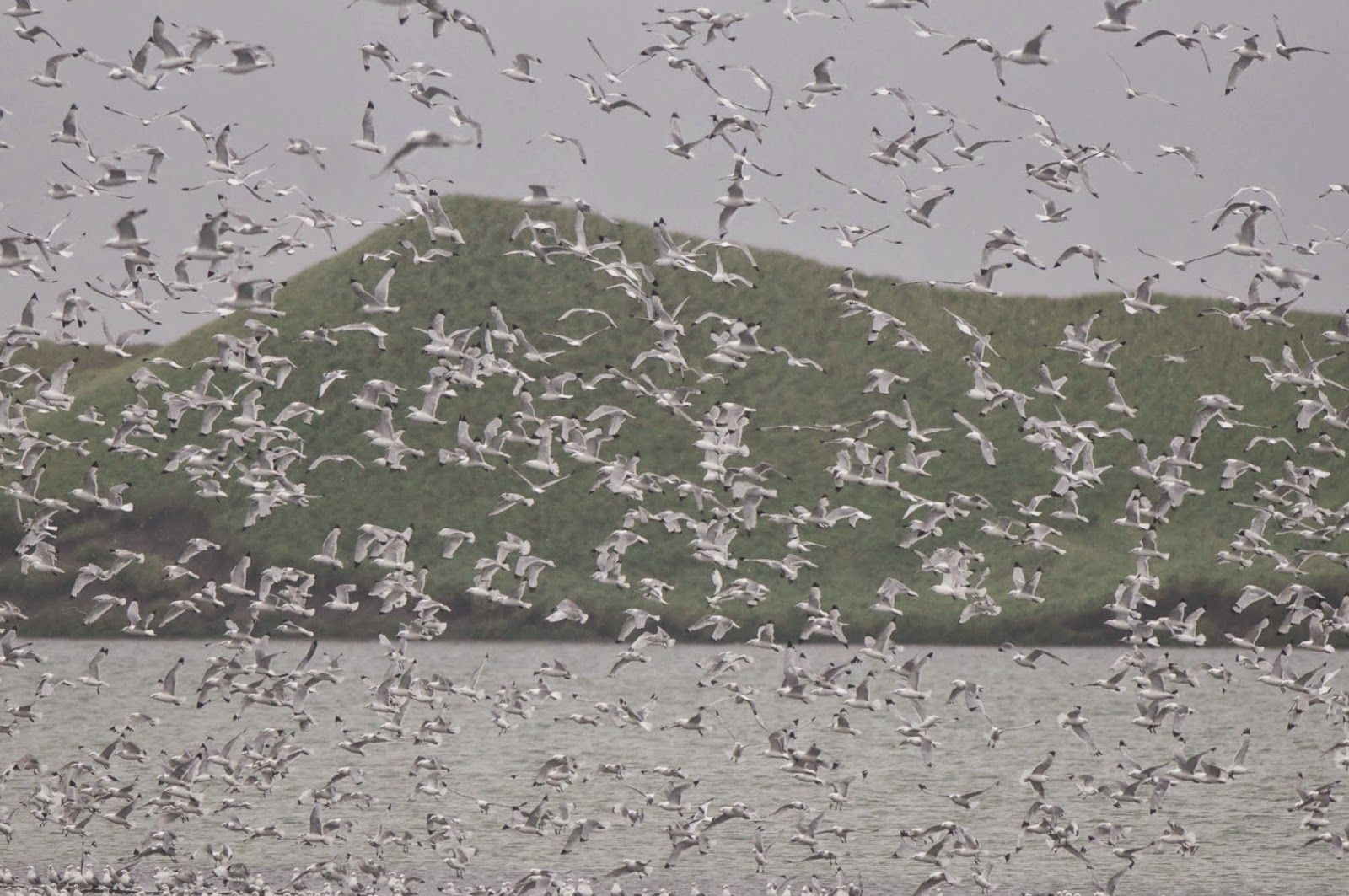 We've ventured up to Hutch Hill several times since the COMMON CHIFFCHAFF to see if maybe it would reappear.  No luck with that but we have seen a couple of other uncommon species in the same patch like this WHITE-CROWNED SPARROW: 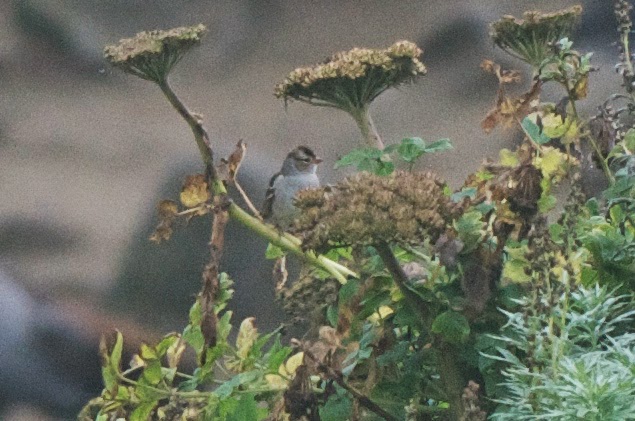 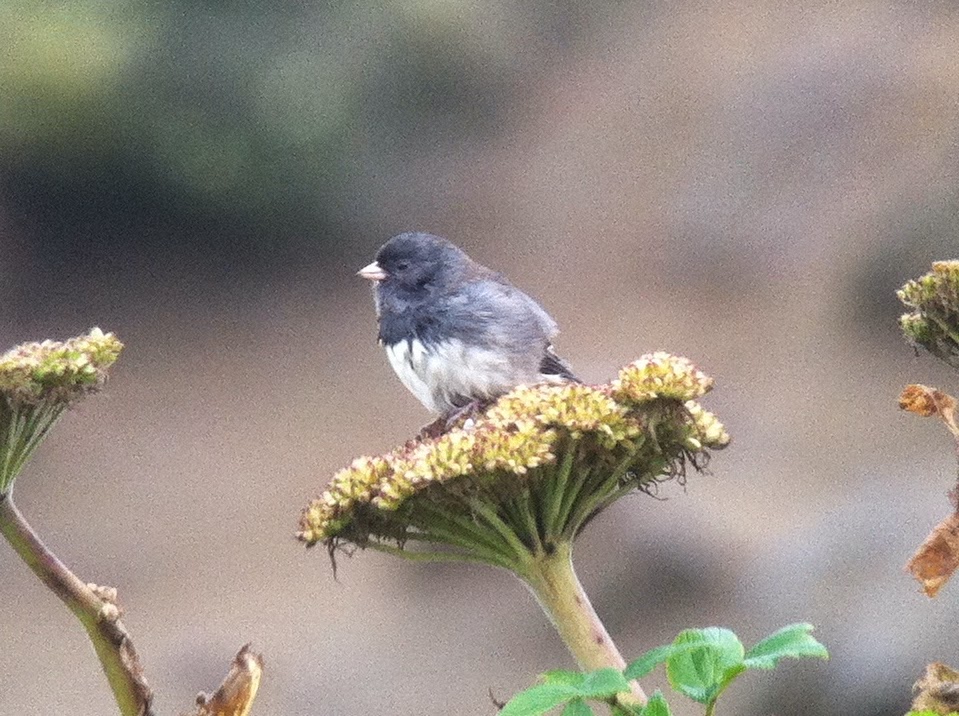 Speaking of juncos though, we had two today including this one on the lip of Hutch Cut: 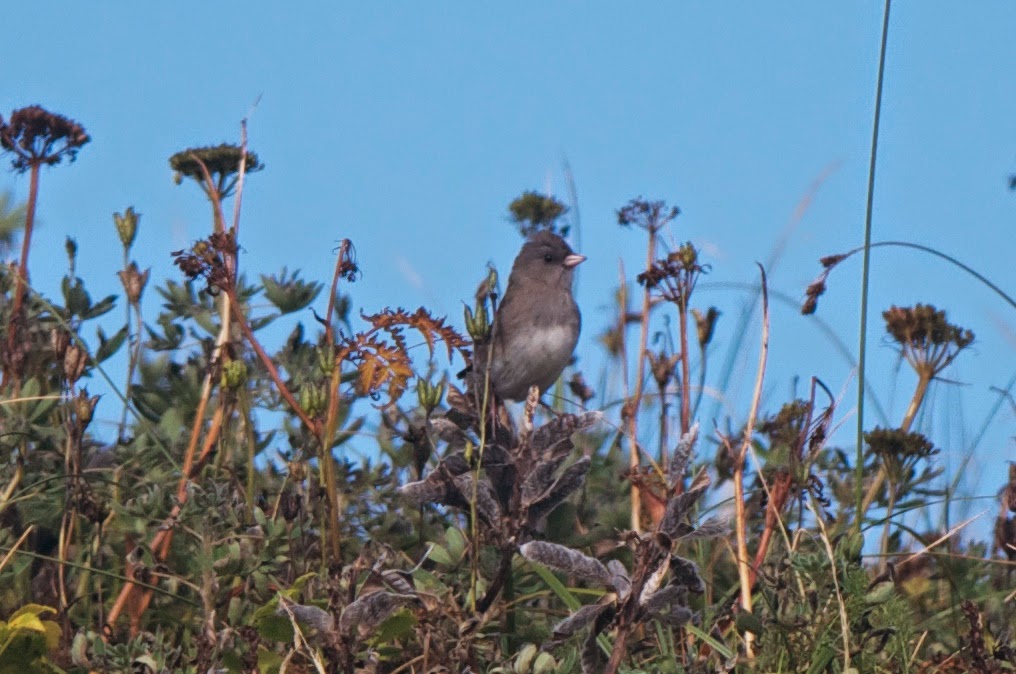 A quite uncommon species that we've had around lately are CHIPPING SPARROWS.  Here's one that's been hanging around in the northeast part of the island, along the road just shy of Webster House: 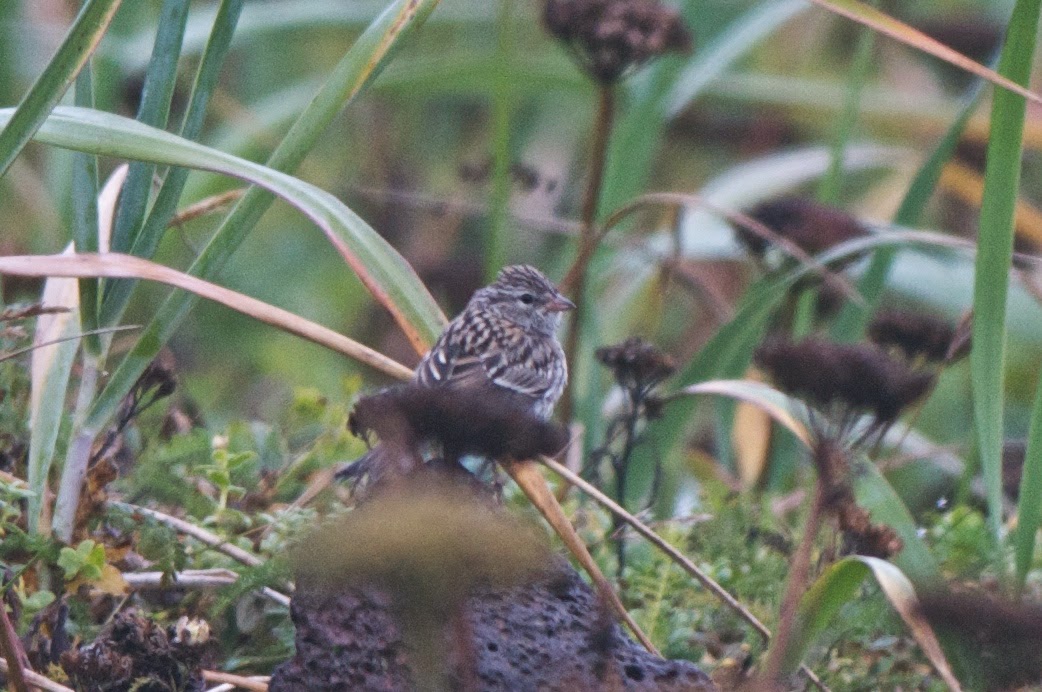 We're all keeping a close eye on this beast of a low pressure.  As evidenced by this wind map, we're due for a walloping in the coming 48 hours: 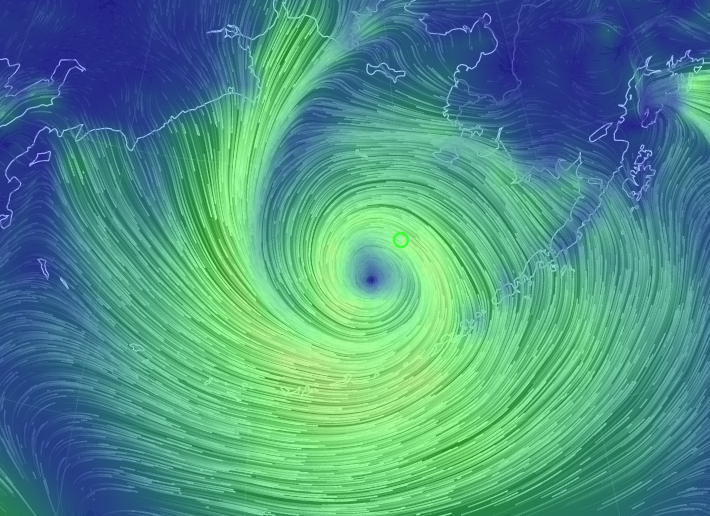