A NORTHERN GANNET was found on the Farallon Islands about 2 years ago.  This species, which belongs on the Atlantic Ocean, not the Pacific, was a mega-rarity that attracted a lot of attention.  Fast forward to April, 2014 when a gannet, presumably the same one, showed up on Alcatraz Island.  It was actively defending a patch of cliff and we assume the only thing missing for this bird was... another gannet.

Well, Ashley and I finally ventured over to downtown San Francisco where birders had been able to scope the bird.  We walked out on the Aquatic Park Pier, set up the scope, and... well... it wasn't hard (look for the only white bird): 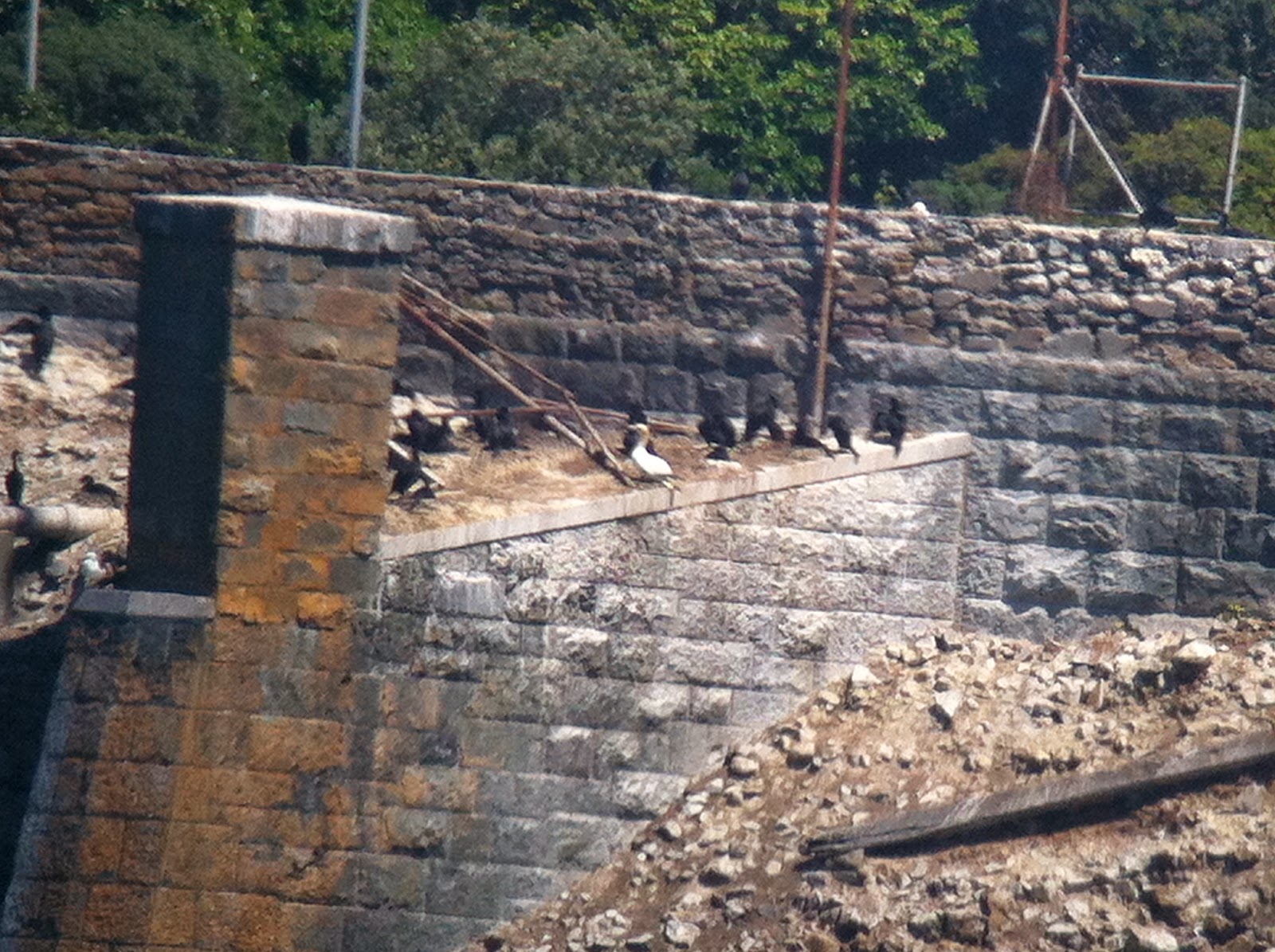 Here's a map showing where the bird hangs out and where we viewed it from:

It was cool to see Alcatraz.  The out-of-service prison was more than a mile away from where we were: 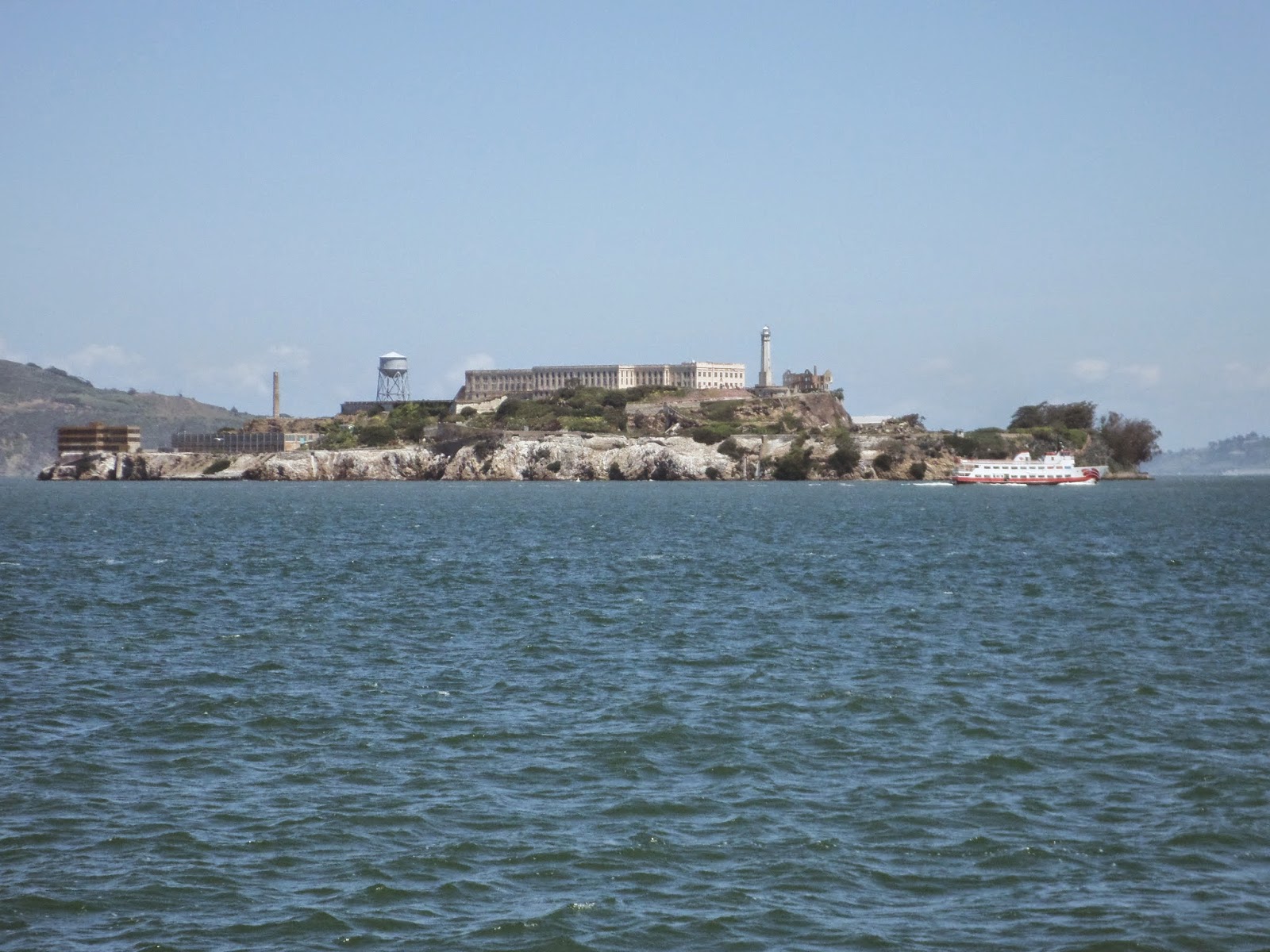 Through the spotting scope, we could see things pretty well including the Social Hall (building on the right) which was destroyed during a 19-month occupation by Native Americans: 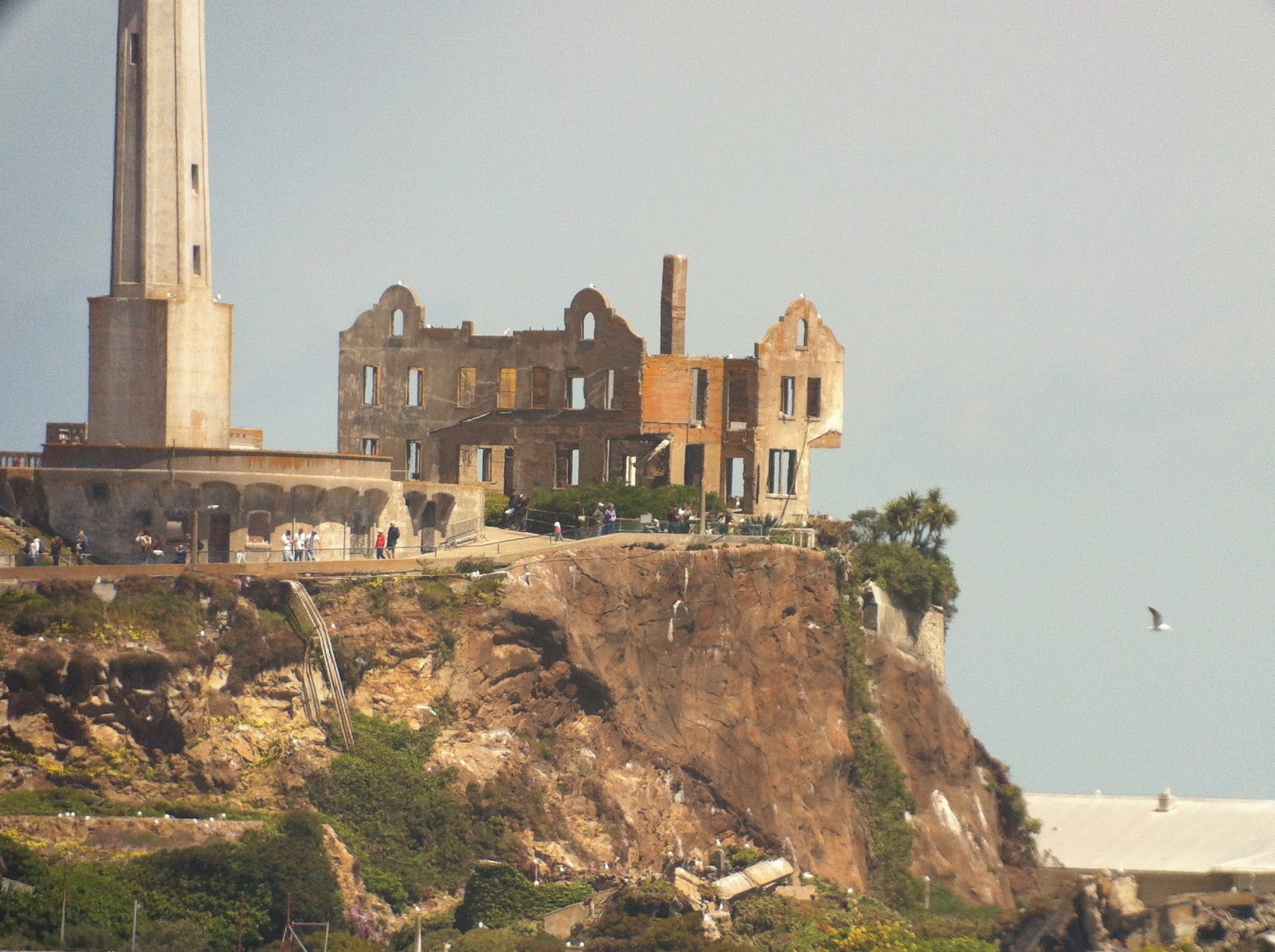 Also visible from the Aquatic Park Pier was the Golden Gate Bridge off to our left (west): 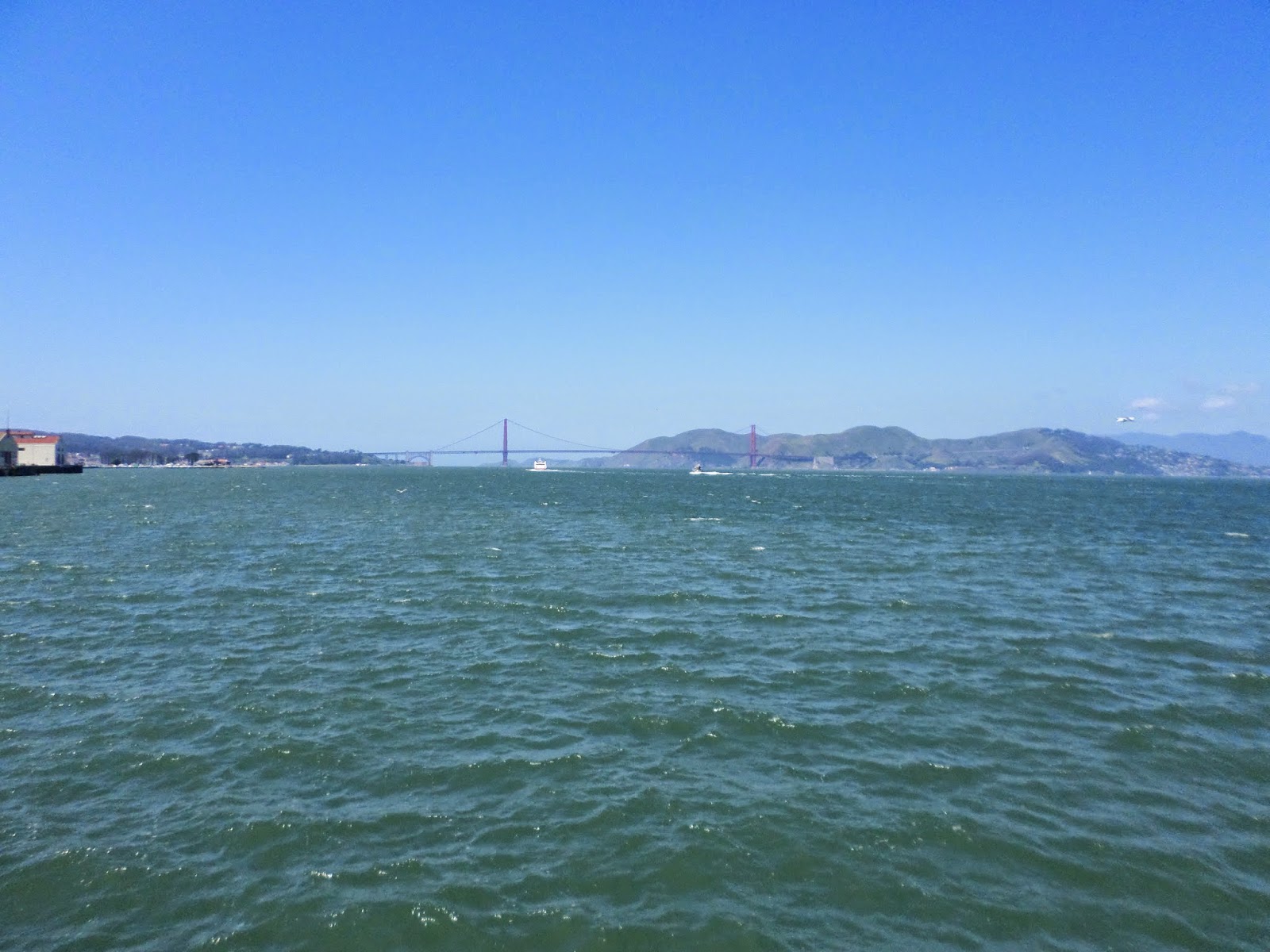 Back to the Central Valley... Ash and I walked through Cosumnes River Preserve the other day in hopes of some year birds.  We did have a decent showing of warblers including: 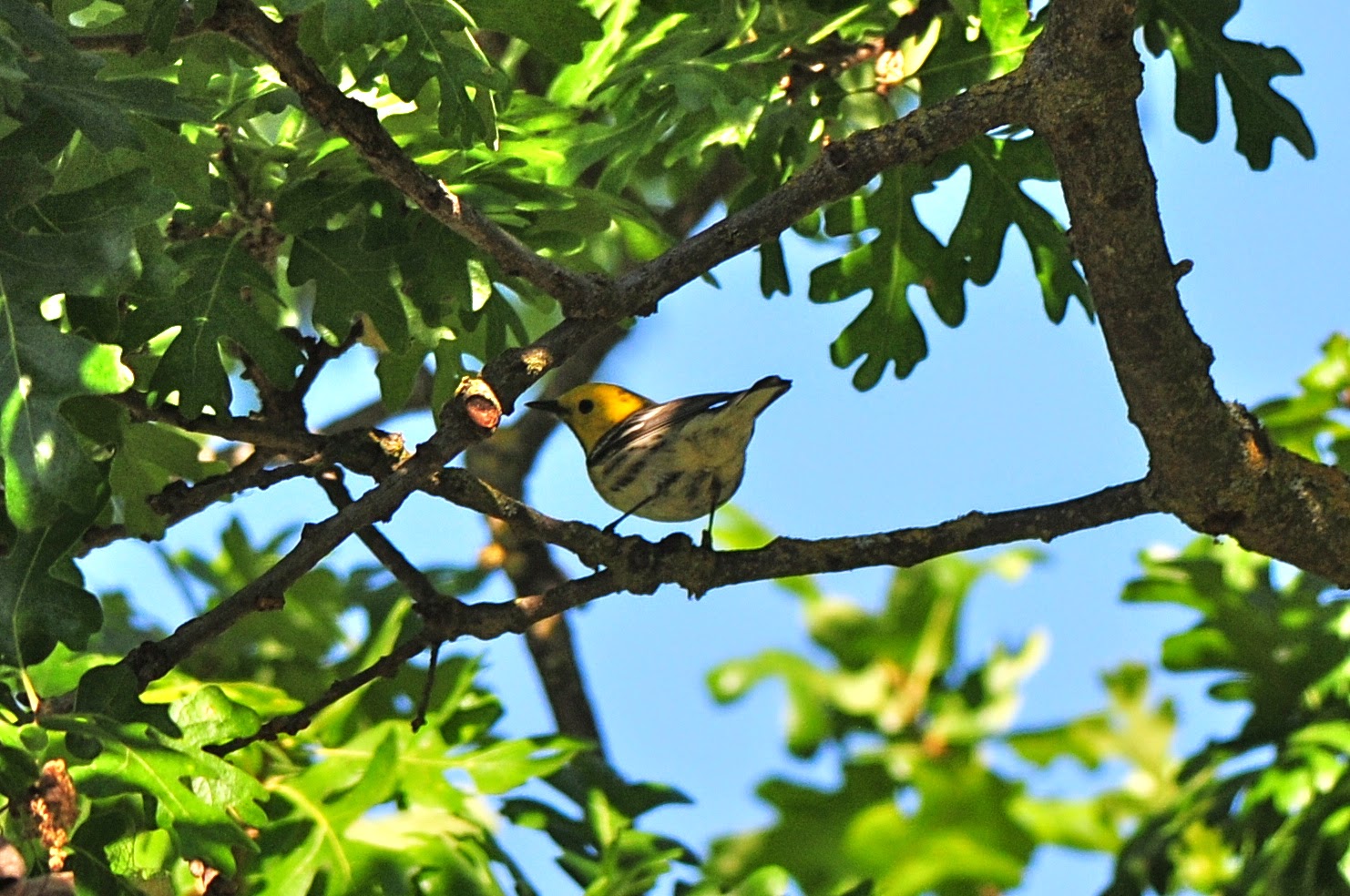 ... oh wait... this thing has streaks on its flanks.  Well THAT'S JUST GREAT.  It's a hybrid between Hermit and Townsend's... so it doesn't really count as any species.  You can see the streaking again in this picture: 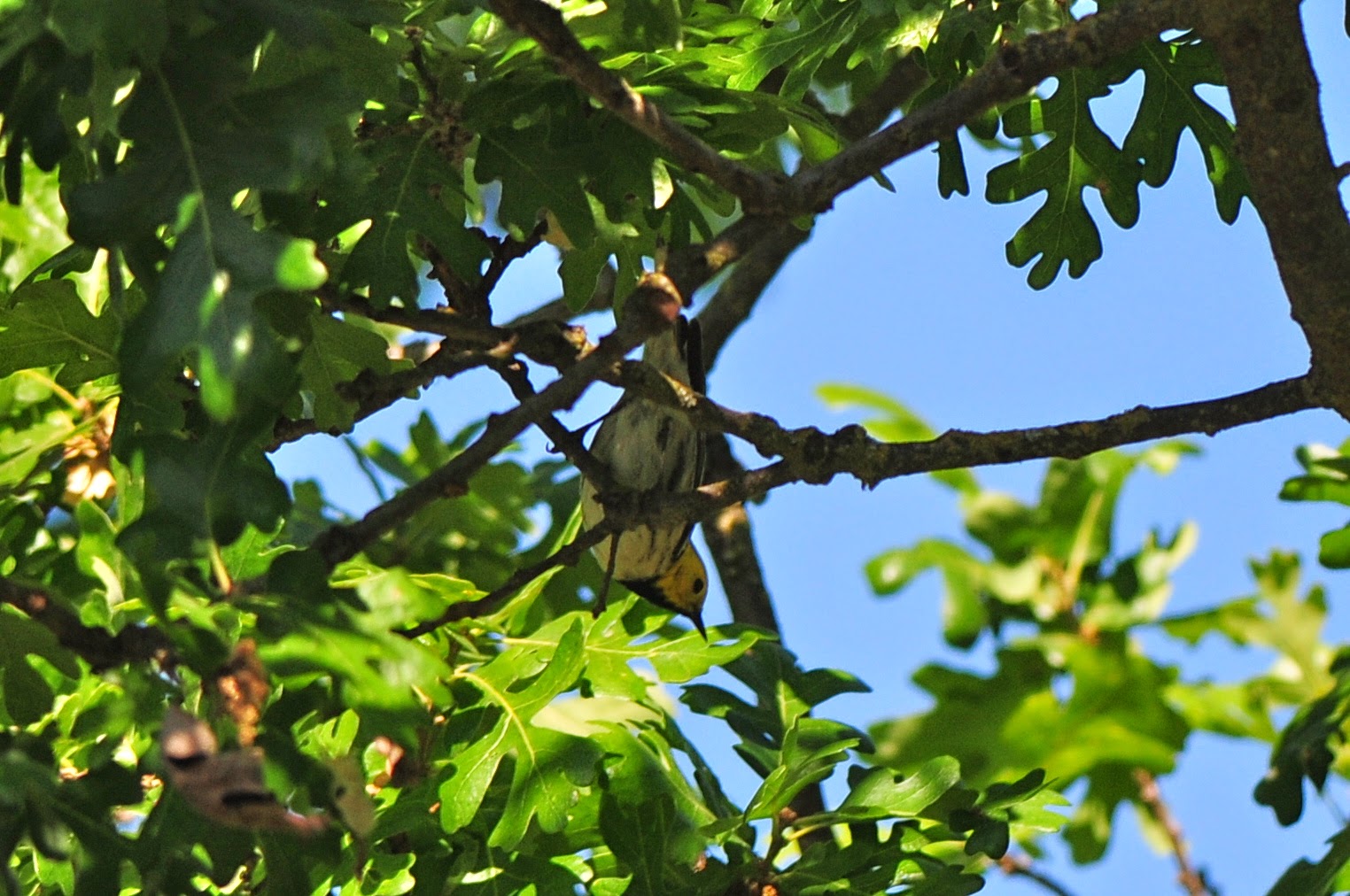 It was a good visit to Cosumnes though; we ended with 76 species in less than 3 hours of birding.  The highlight for me were some WILSON'S PHALAROPES seen from Desmond Road, my first for the year.

Most recently, I took a lap around Don Nottoli Park in Elk Grove.  It's obvious that this BLACK-HEADED GROSBEAK was just trying to make the passers-by do a double-take at the seed sticking out of its mouth: 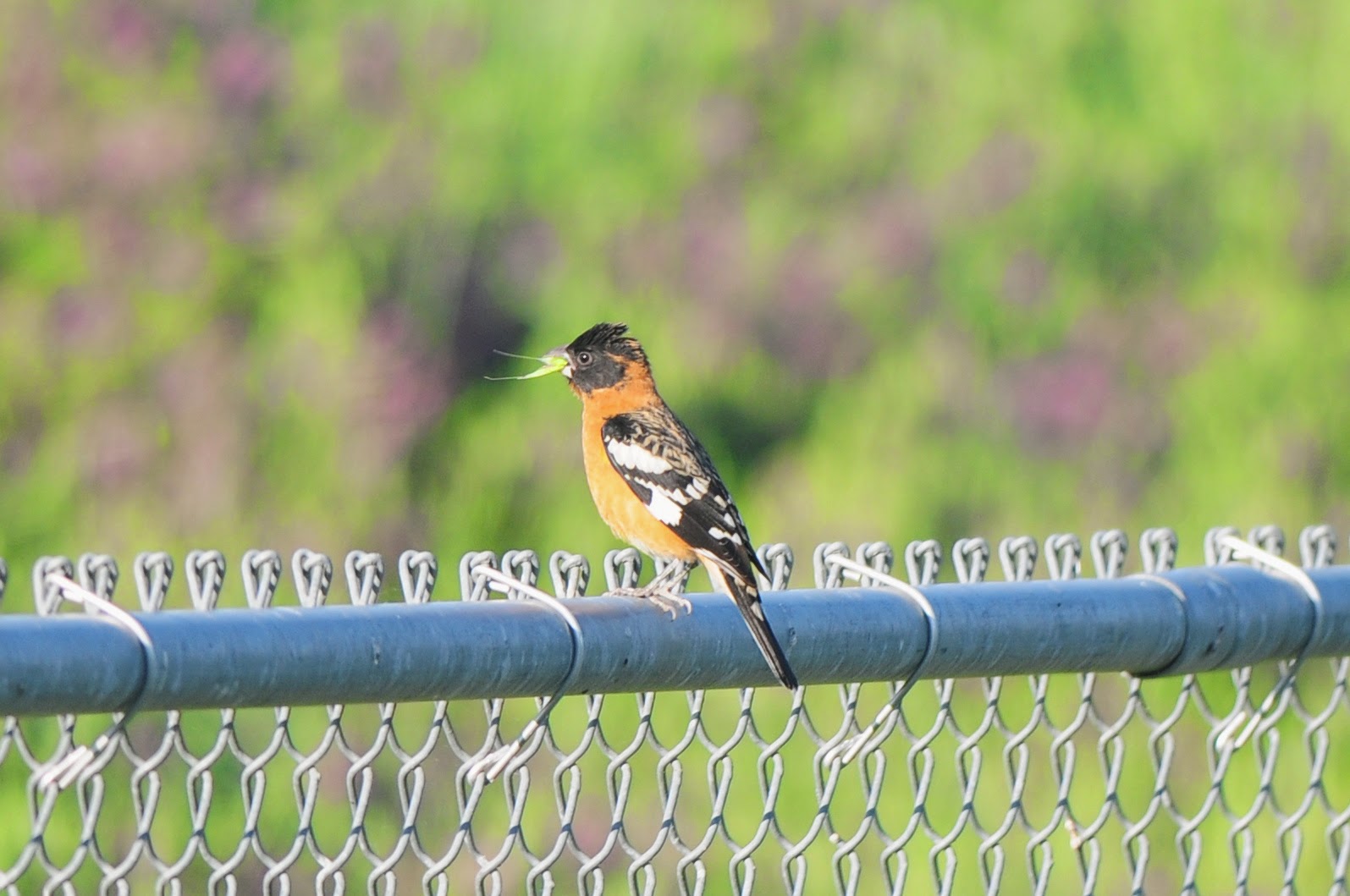 He took things to a whole new level when he deftly landed between some razor-wire: 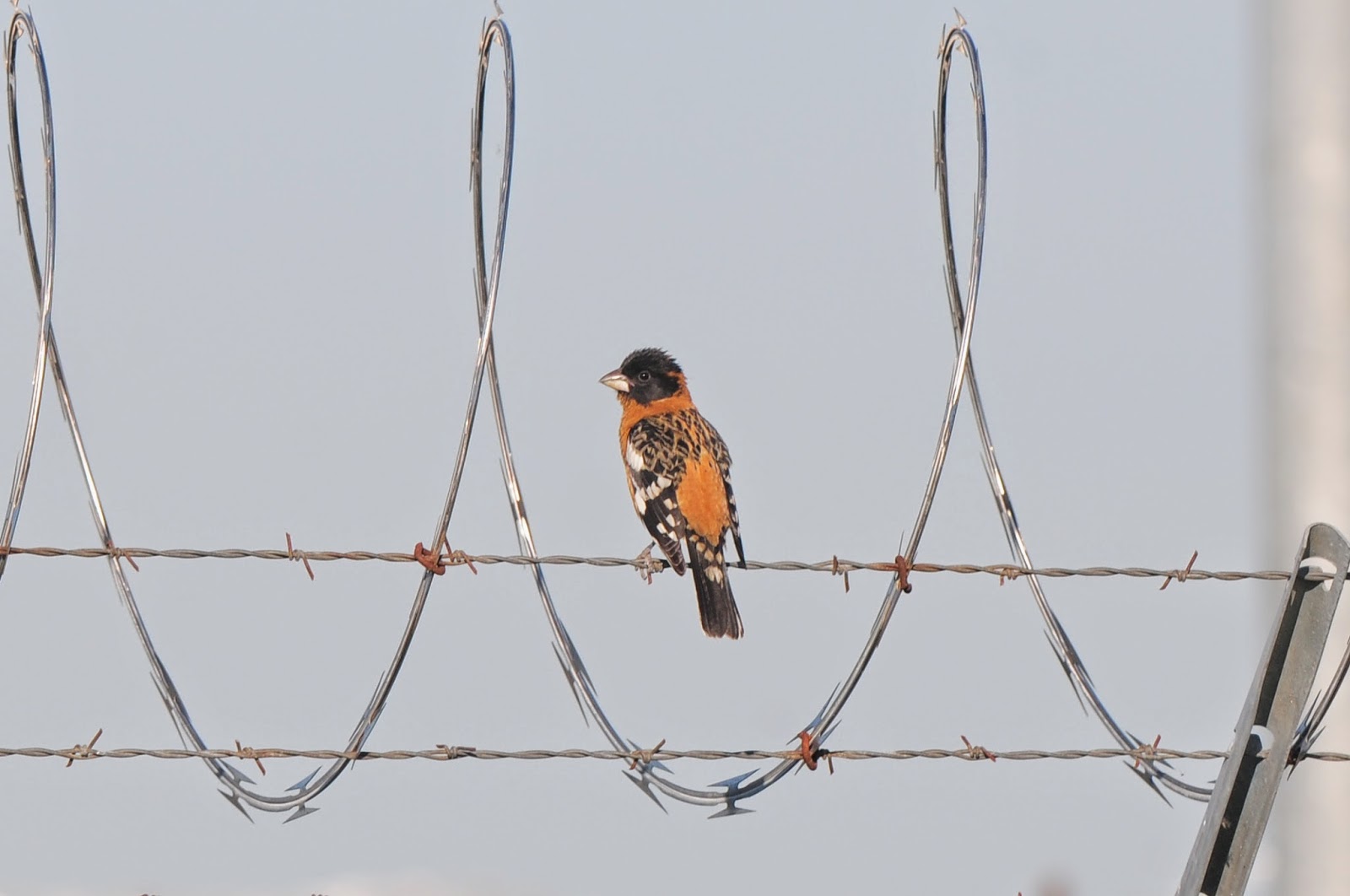 It's easy to imagine that MOURNING DOVES are stupid.  Let me be clear... I don't think they are BUT any wild bird around here that doesn't fly away until I'm 4-feet-away-and-closing probably has personal space issues.  This particular one was perched on the fence along my walking route (I wasn't just approaching for photos): 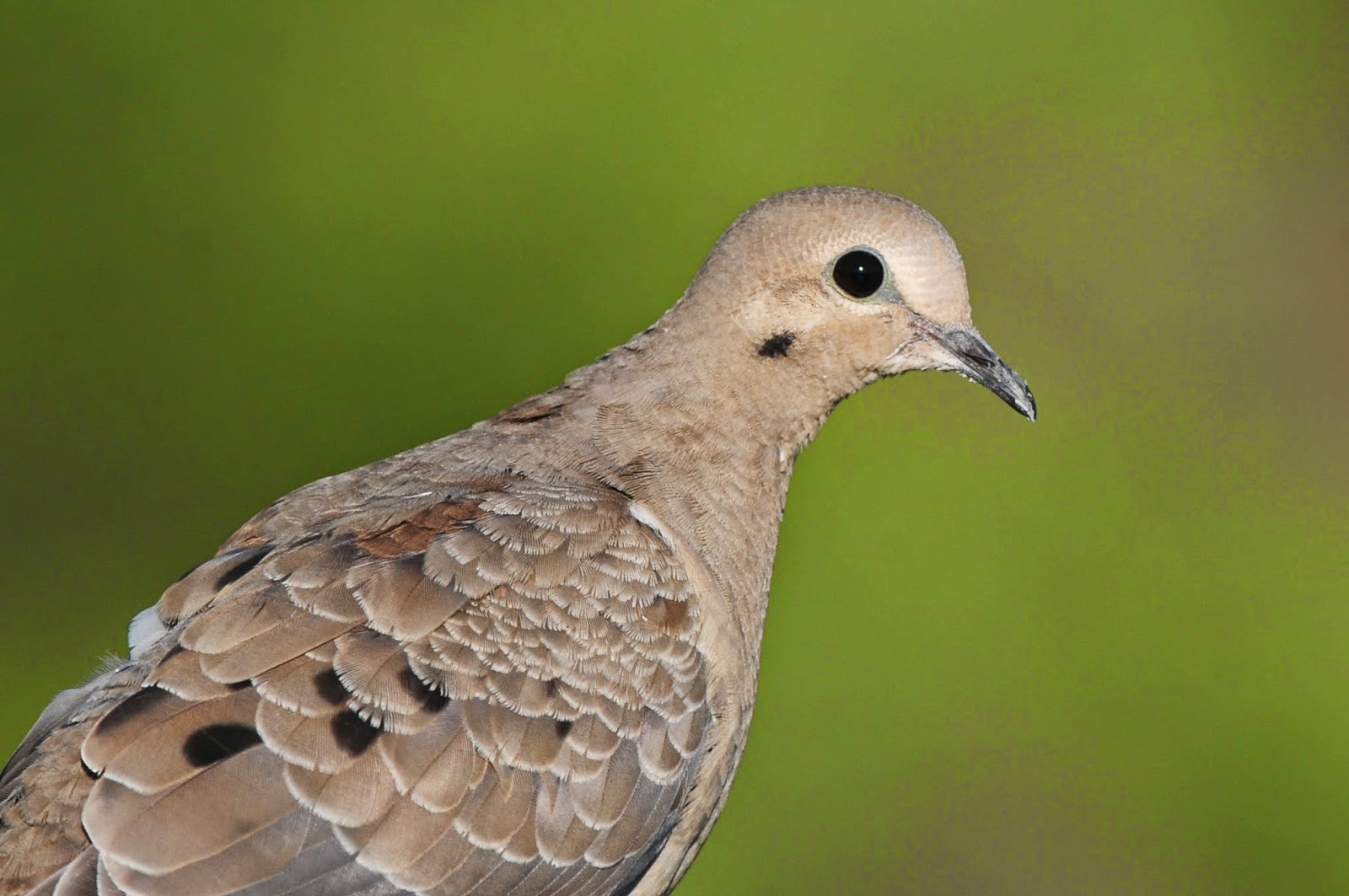 The best find this morning was this empid.  This slick git was a devil to keep tabs on but I eventually managed a few pics.  First, the bill looked decently small and basically all black which, in theory, limits the ID to either DUSKY or HAMMOND's: 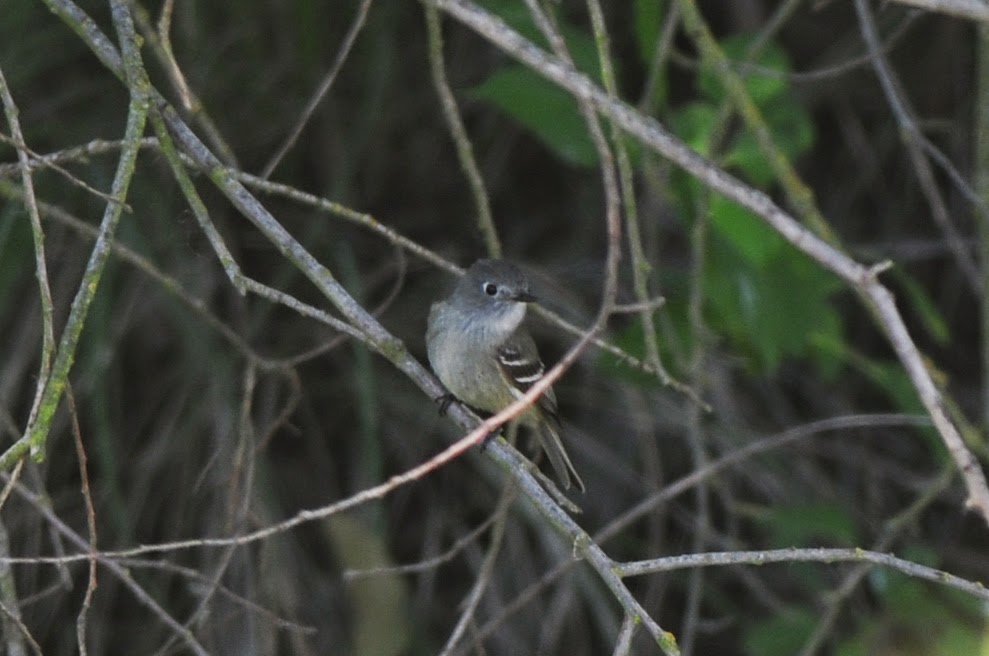 In this blurry photo, you can start to see what might be long primary projection (which favors HAMMOND'S): 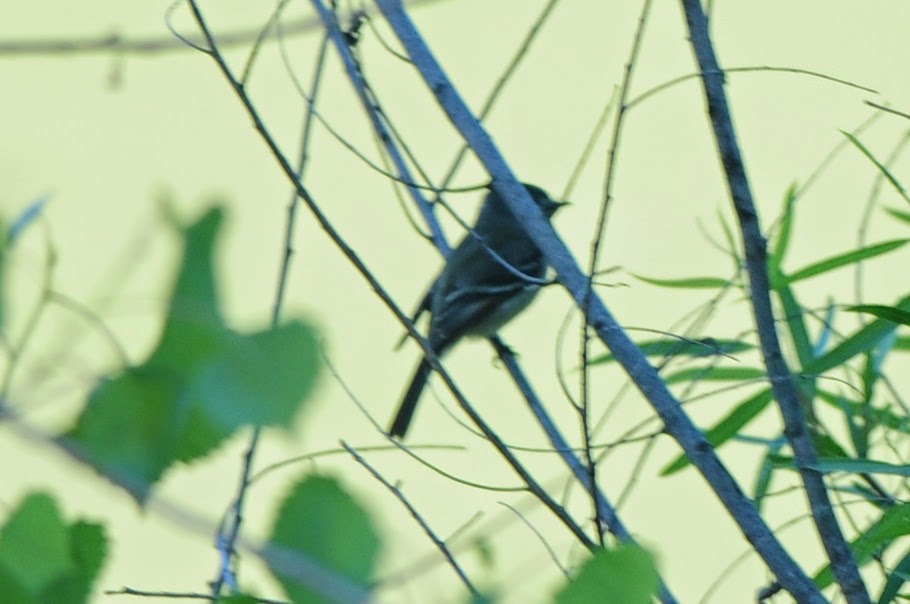 The next two photos also show primary projection that I think falls within the range of HAMMOND'S.  The bird also showed a slight crest which I loosely associate with HAMMOND'S as well: 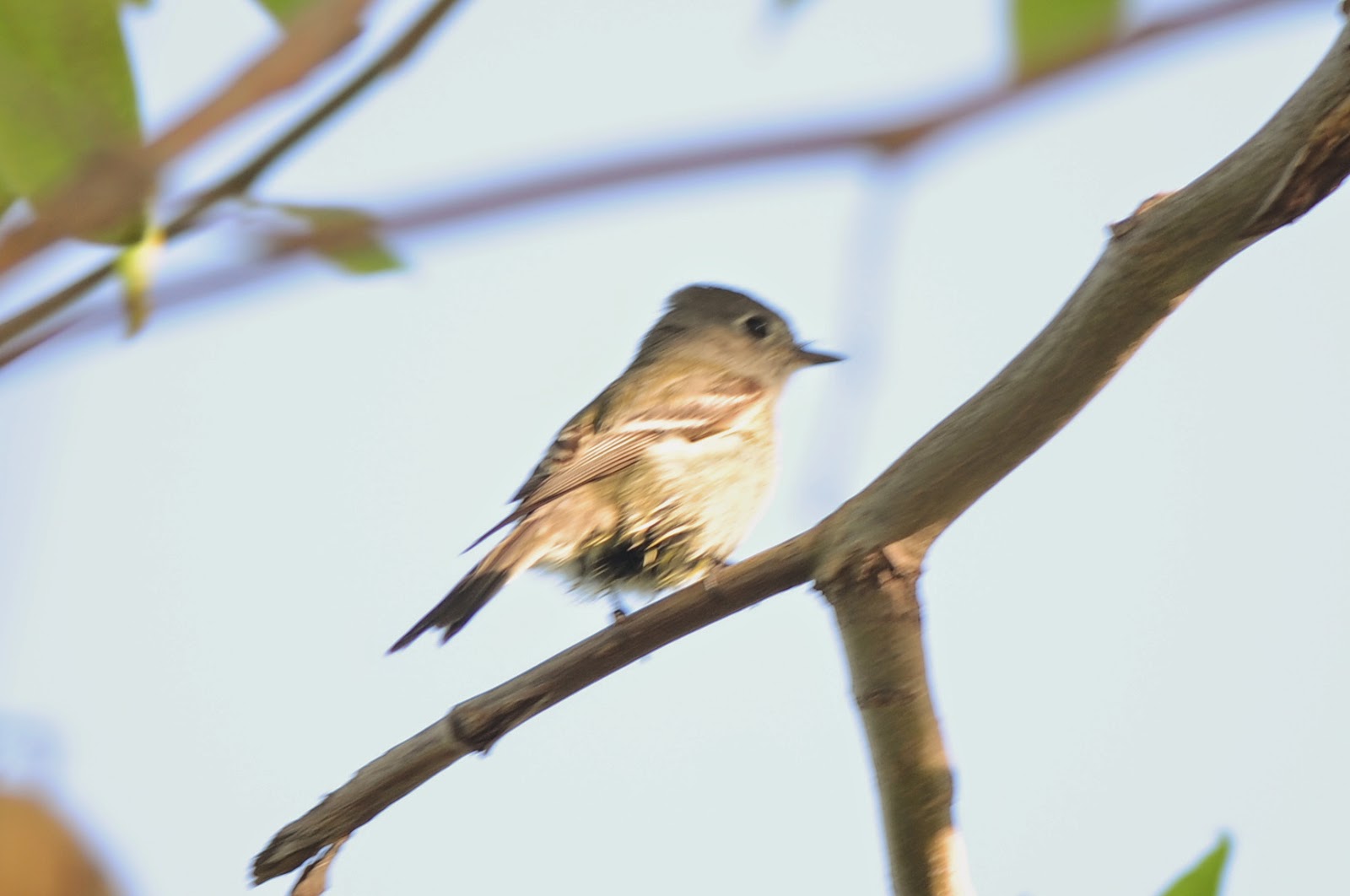 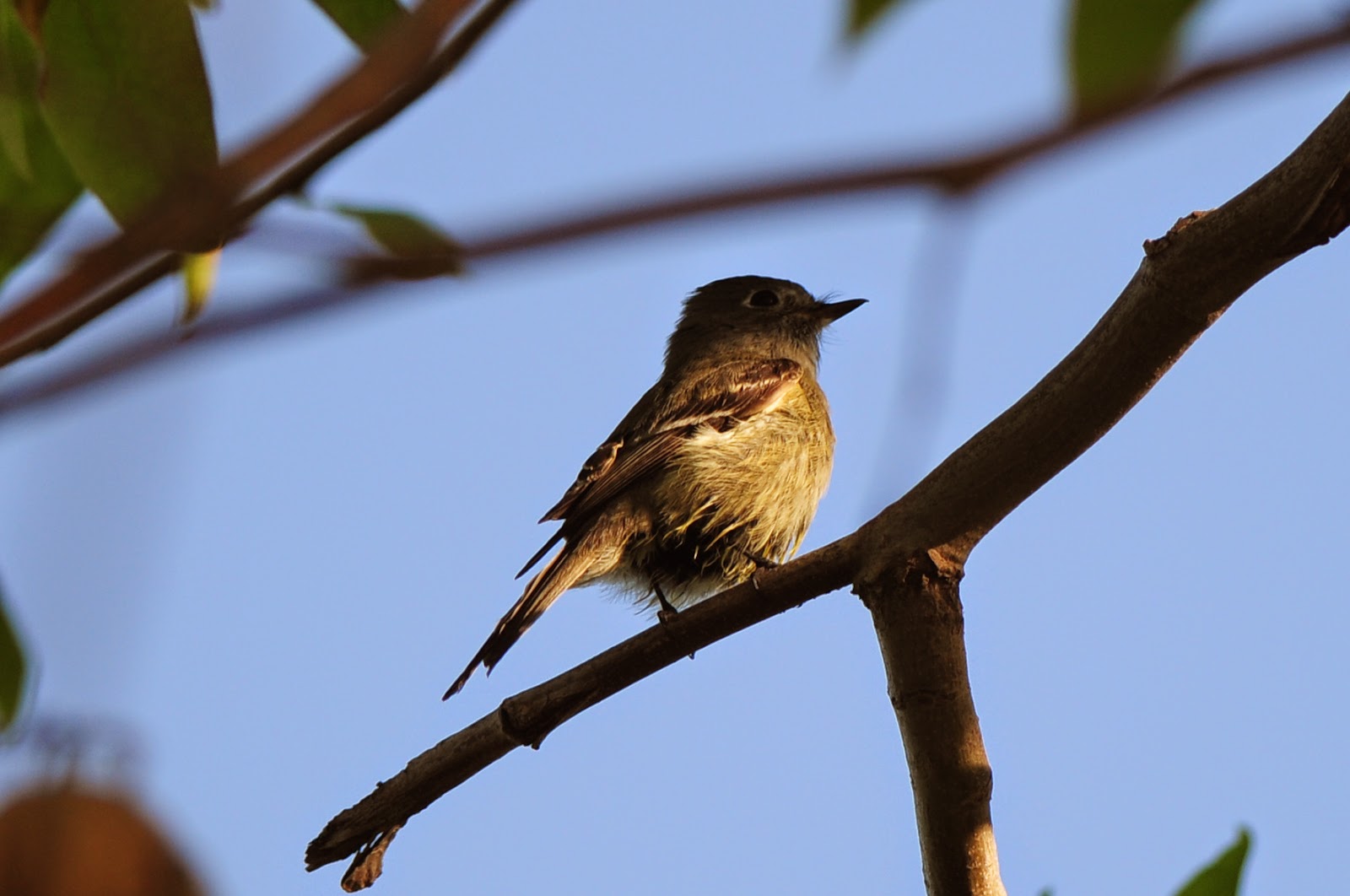 Lastly, here's an angle that made me think twice about the bird... could it be a DUSKY?   It looks like the primary projection I was referencing earlier just vanished.  Thanks a lot. 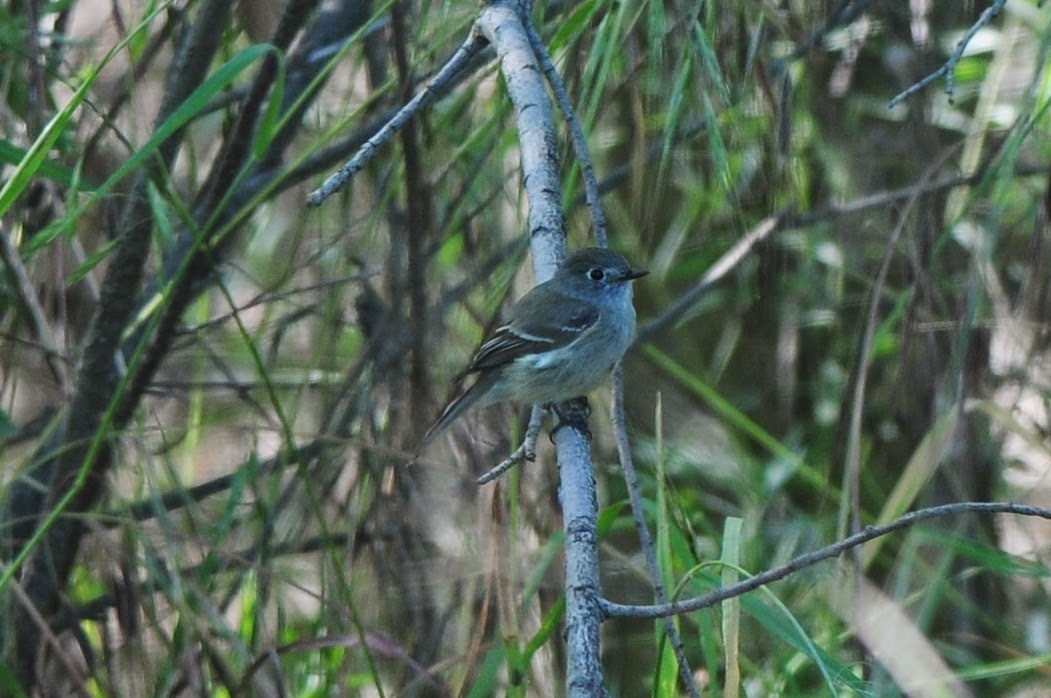 Anyway, in the end I called it a HAMMOND'S.

This ID was WAY MORE problematic; a WHITE-TAILED KITE overhead: 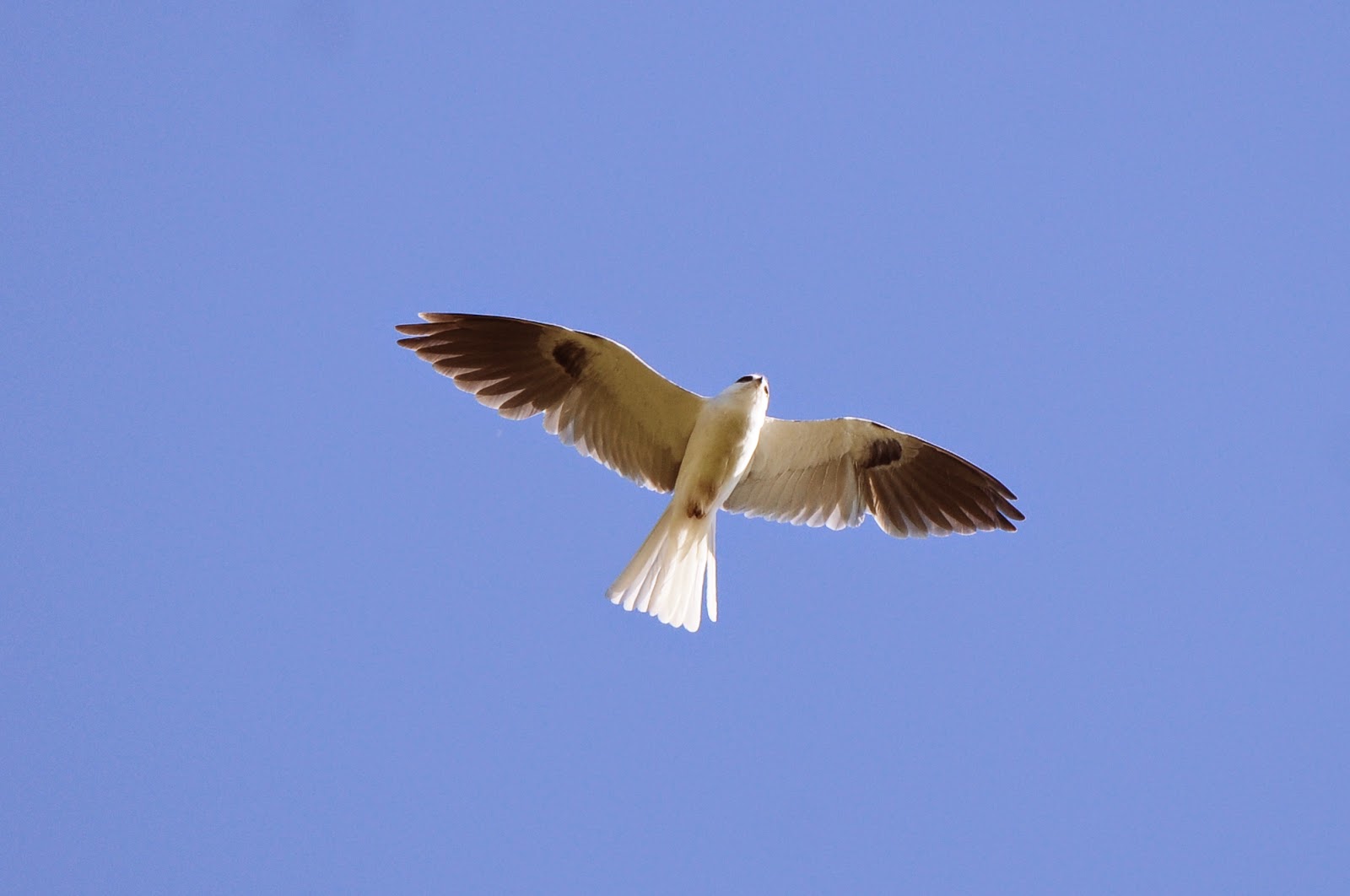