I've been taking pictures of birds for a long time.  Ok, maybe not as long as some of you but I started when I was fairly young.  I remember myself proudly equipped with with a subpar spotting scope and a subpar digital camera... all before I could even drive.  I tried to make the best of things though and that definitely required "digiscoping".

Instead of spending hundreds or thousands of dollars on fancier cameras and long lenses, I would essentially hold my trusty point-and-shoot Nikon Coolpix 883 up to my scope eyepiece and snap a picture.  While rarely ending up with a truly beautiful photo, I basically had what I wanted; PROOF.  Why more birders don't back up their sightings with a few simple digiscoped photos, I'll never know.

Somewhere along the way, I was corrupted and graduated to more expensive digital SLR cameras (which I certainly do not regret).  However, there are still some situations in which digiscoping is very useful, if not completely necessary.  The reach of digiscoping is considerably longer than most lenses, unless you can spend 50k on camera gear, and so documenting a distant rare bird with digiscoping is still very useful.

Also somewhere along the way, most everyone ended up with a smartphone in their pocket (and those smartphones have cameras).  That's where this blog post focuses; I have an old and crappy iPhone.  Not the 4s... or the 5... or the 5s.  No, let's stick this baby in neutral and coast back to the archaic iPhone 4.  However, I recently upgraded scopes and this opened up an interesting option; Kowa makes an iPhone 4/4s adaptor for spotting scopes.  Hmmmm, I was faced with a dilemma... do I depart with 58 flow units to buy this adaptor?  I've never used digiscoping adaptors before; are they just gimmicks?  Would it work?  In the end, I figured it was worth a try so I made the jump (see Eagle Optics if you want to order it).

Fast forward to when it arrives, you'll see these three items: 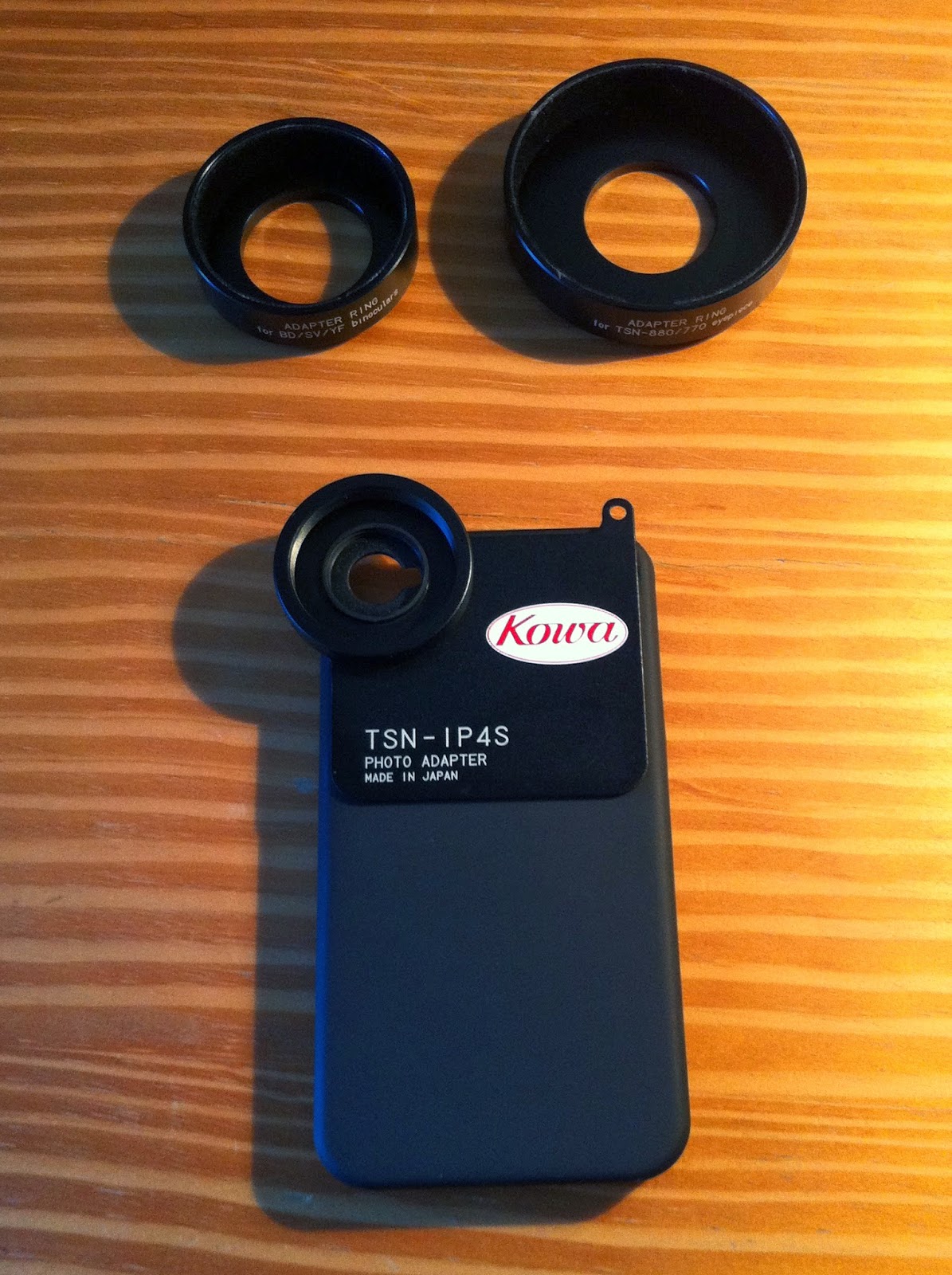 The third, and biggest piece pictured on the bottom looks like two pieces but it's not; it's all one deal.  The two metal rings at the top are sized for binoculars (left) and spotting scopes (right).  So, if you want to use the adaptor for your scope, grab the big ring and screw it onto the case so that it looks like this: 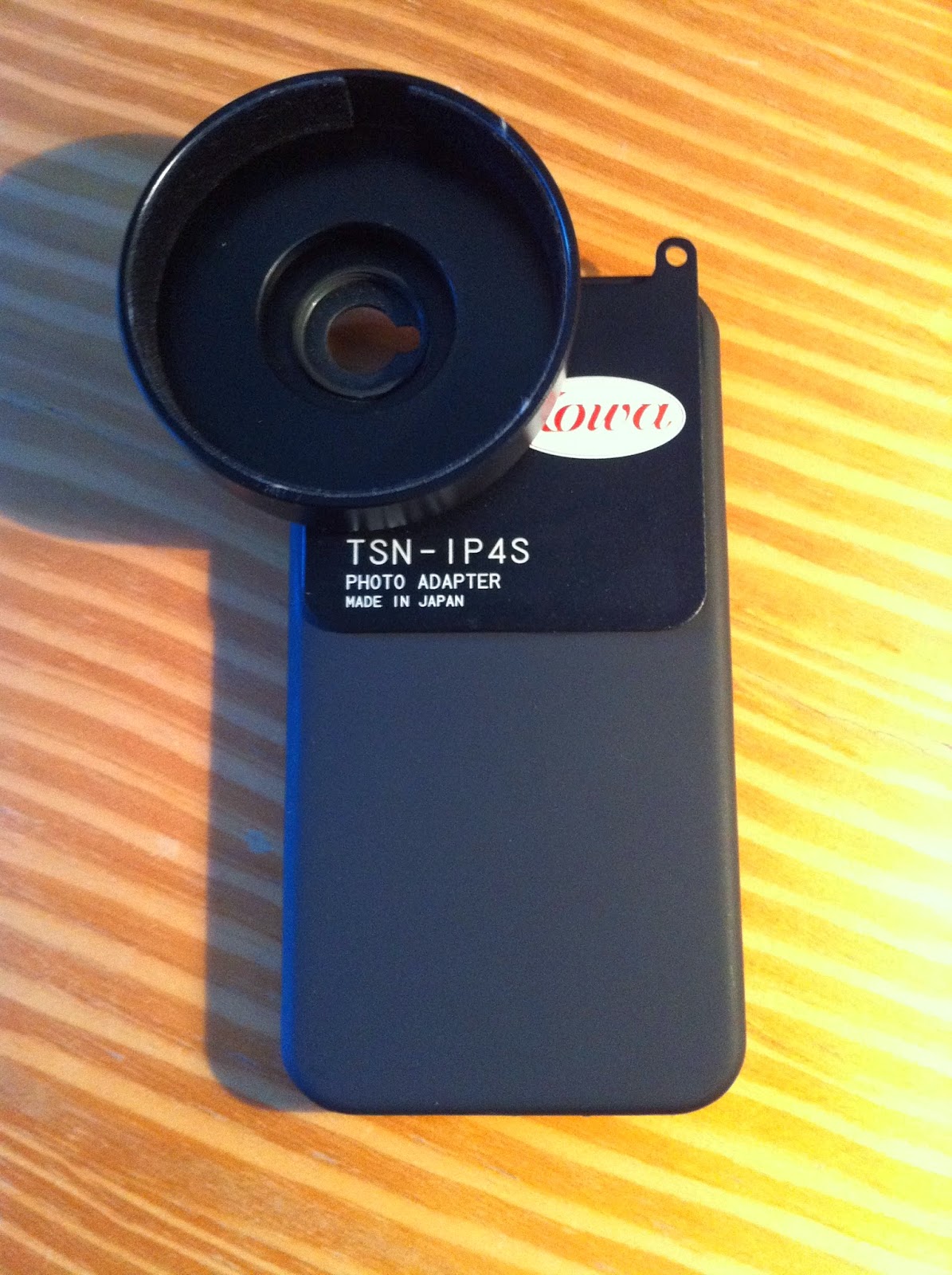 Both the rings and the threaded mount on the case are metal but the rest of the phone case is a hard plastic.  Flip it over and it should look like this: 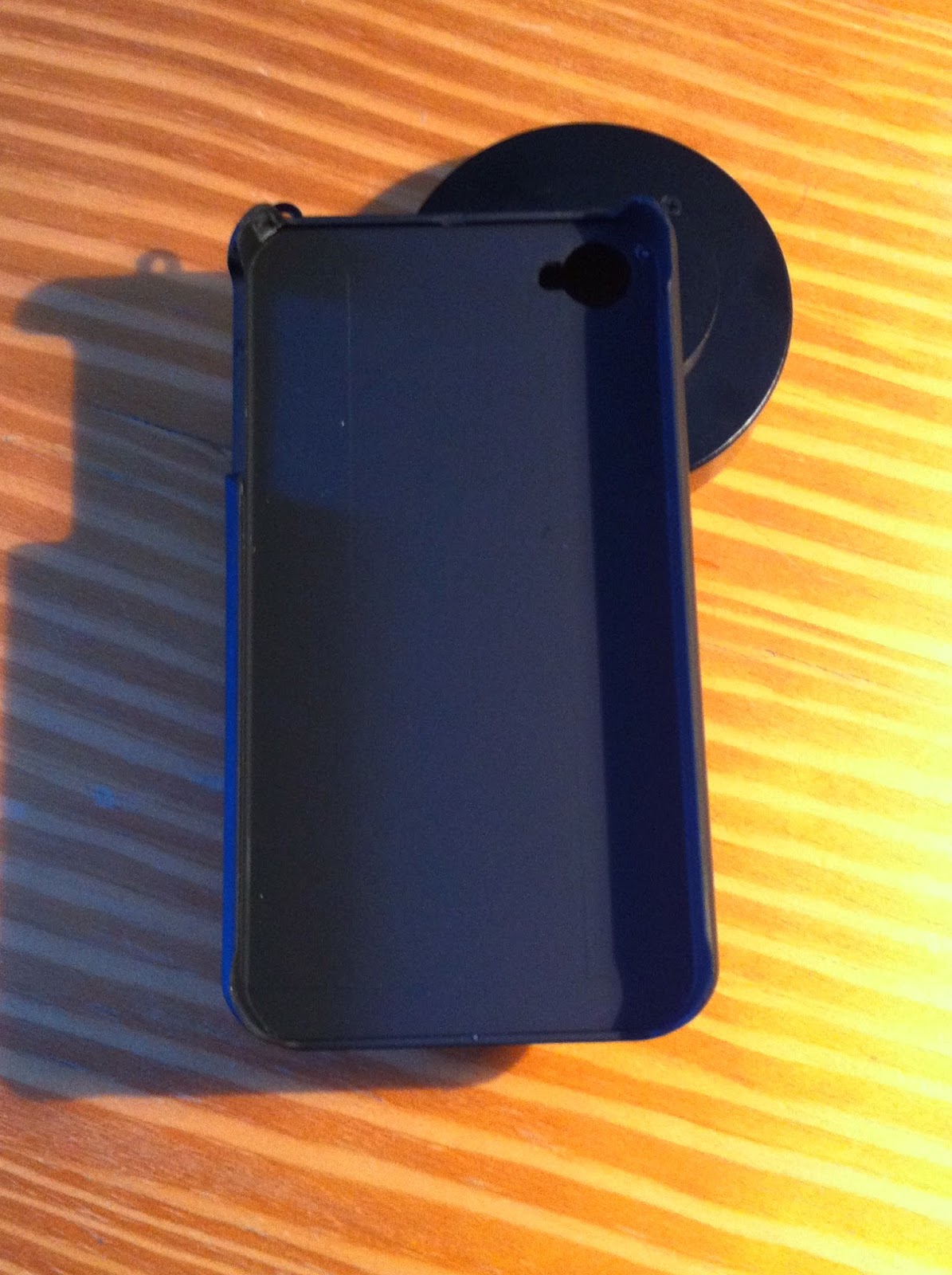 The next step is to snap the iPhone 4 or 4s into the case.  Note that you CANNOT have your phone in an existing, different case.  Because most other times I have my phone in a different case, I have to take that off before I snap my phone into this adaptor.  In the end, it should look like this: 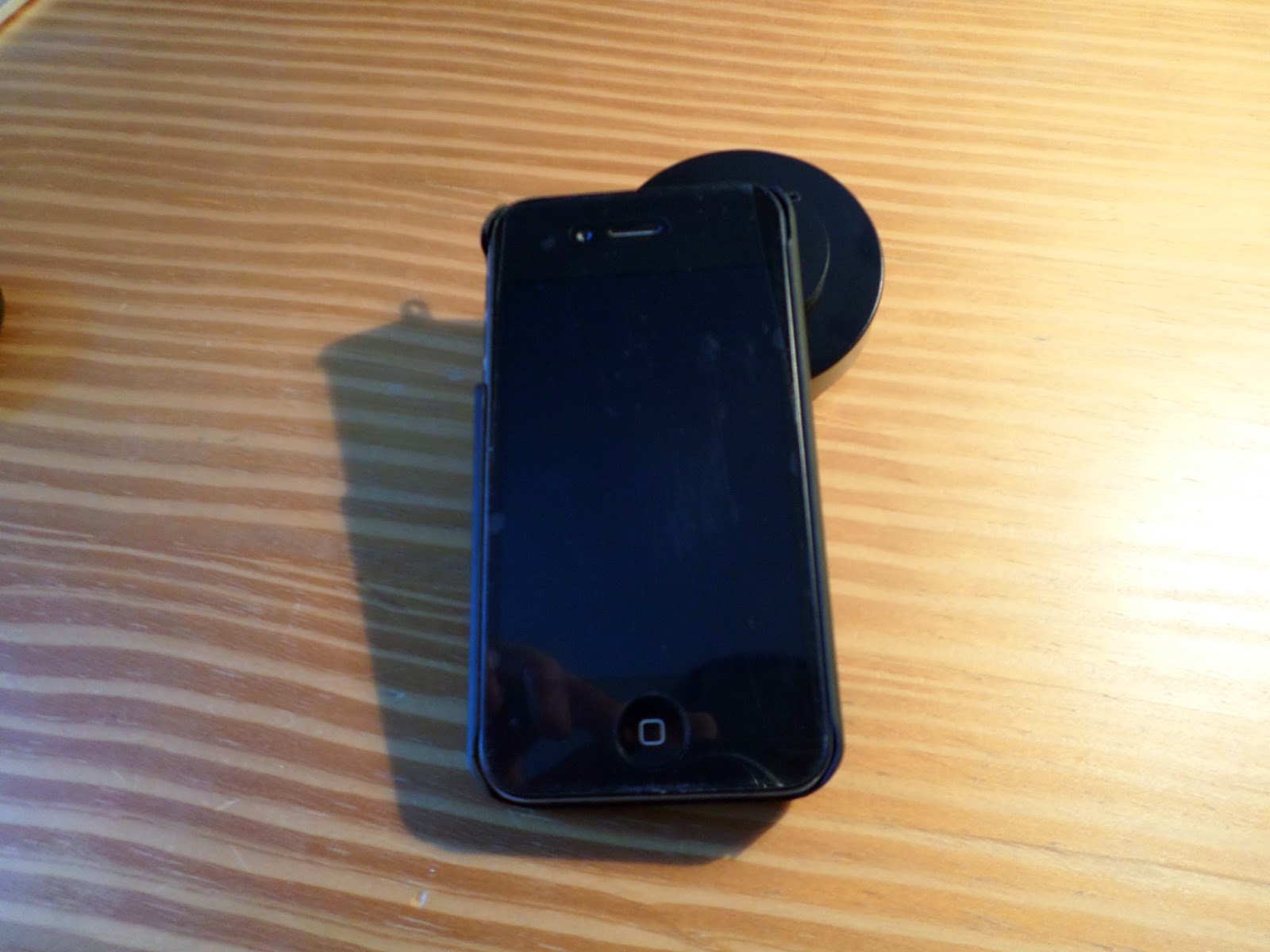 Then to attach the phone/adaptor to the scope, simply push it over your eyepiece (the fit for this scope is PERFECT, I don't even have to hold the phone/adaptor).  I took the setup out on the porch in order to show you guys: 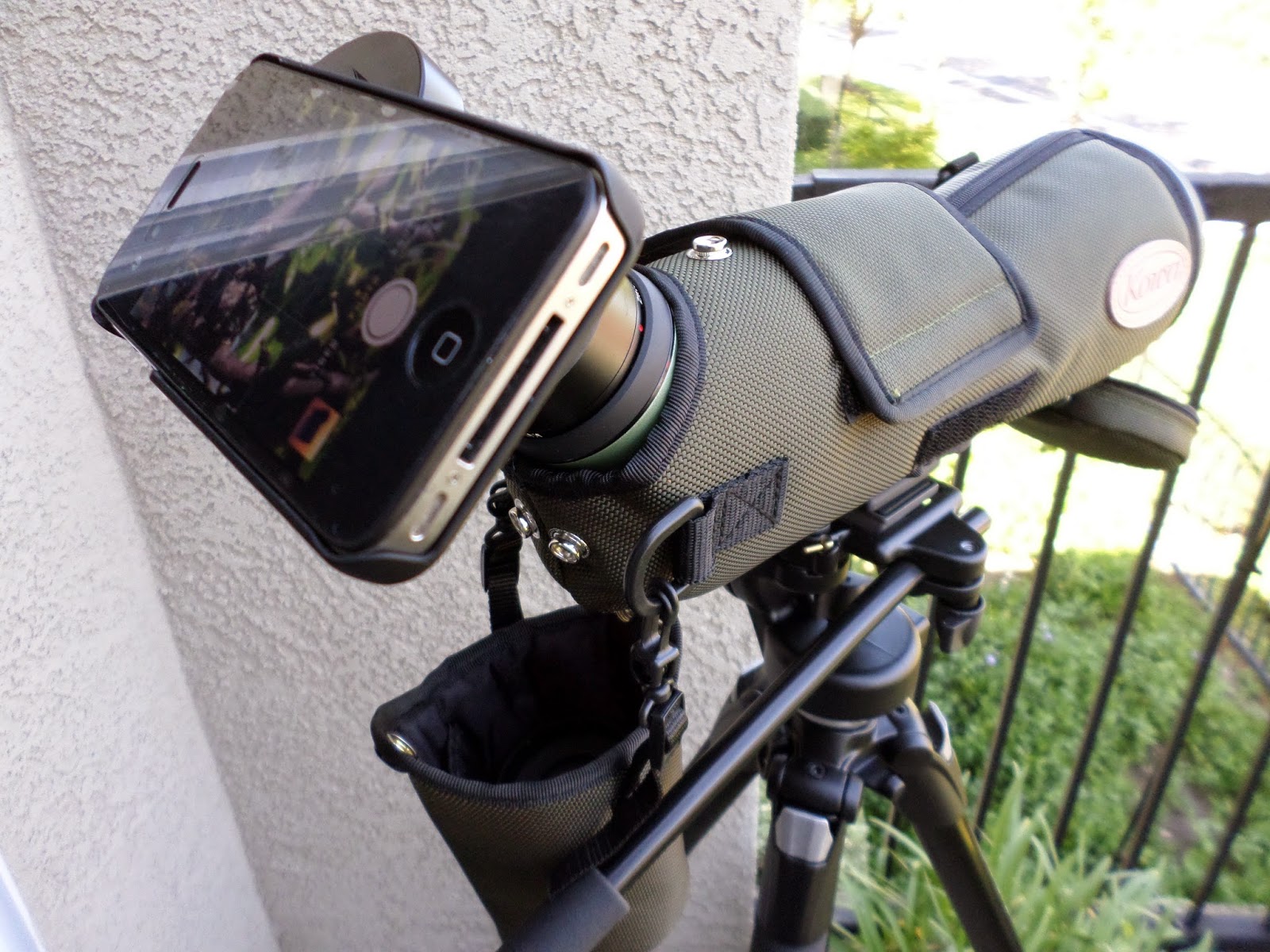 Although it's probably recommended that you attach a lanyard (included with purchase) to the case to avoid the phone from falling, I haven't done that yet.  In fact, the connection is so perfectly snug, I'm not sure I will.  Anyway, open up your camera and there you have it: 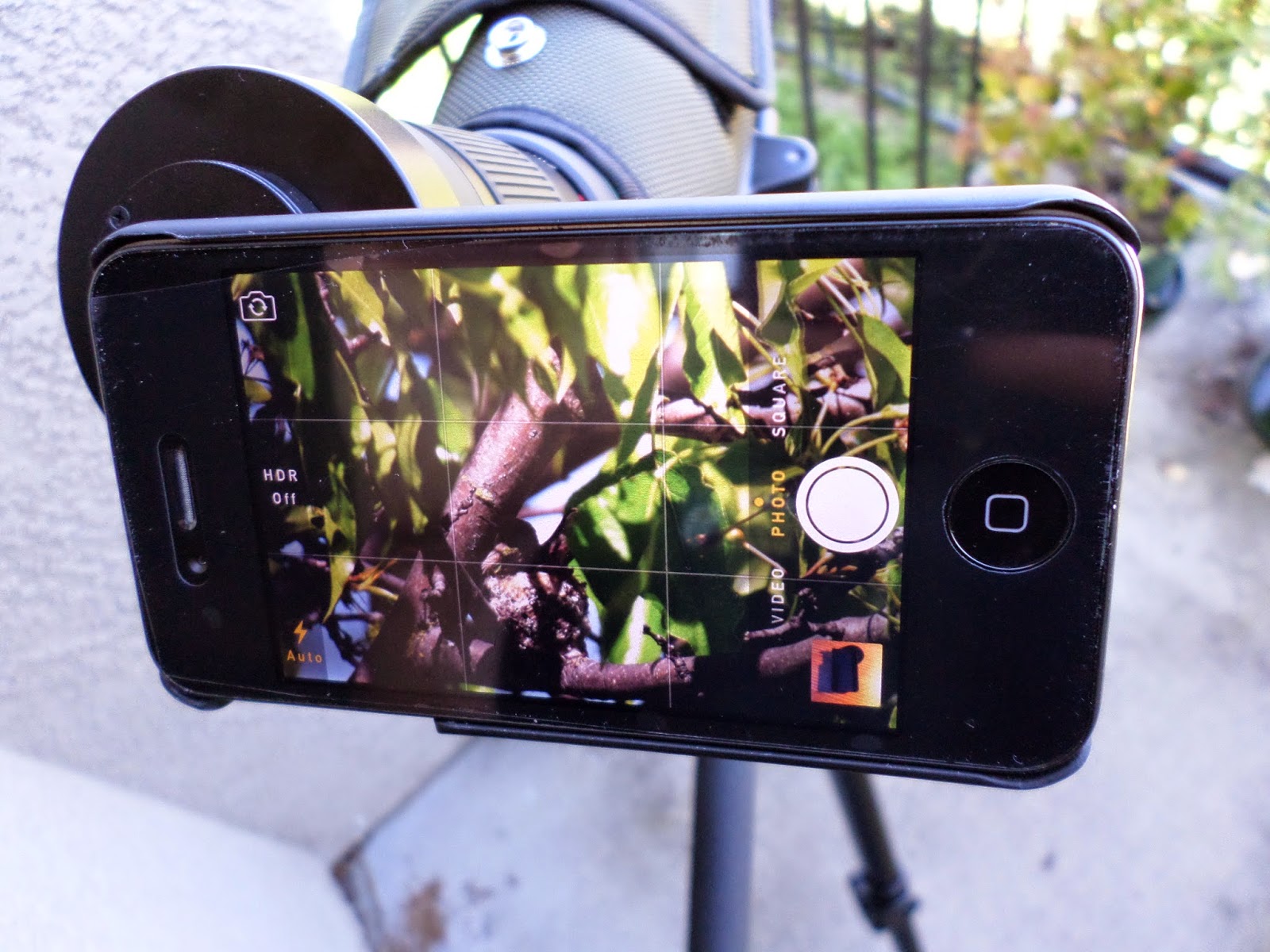 I'm using the 25-60x zoom eyepiece and when I attach the camera, there is conveniently no vignetting whatsoever (vignetting, or a reduction of an image's brightness/saturation at the periphery compared to the image center, occurs with some systems of digiscoping).

Here's a picture I took of a female ANNA'S HUMMINGBIRD on her nest with the above example: 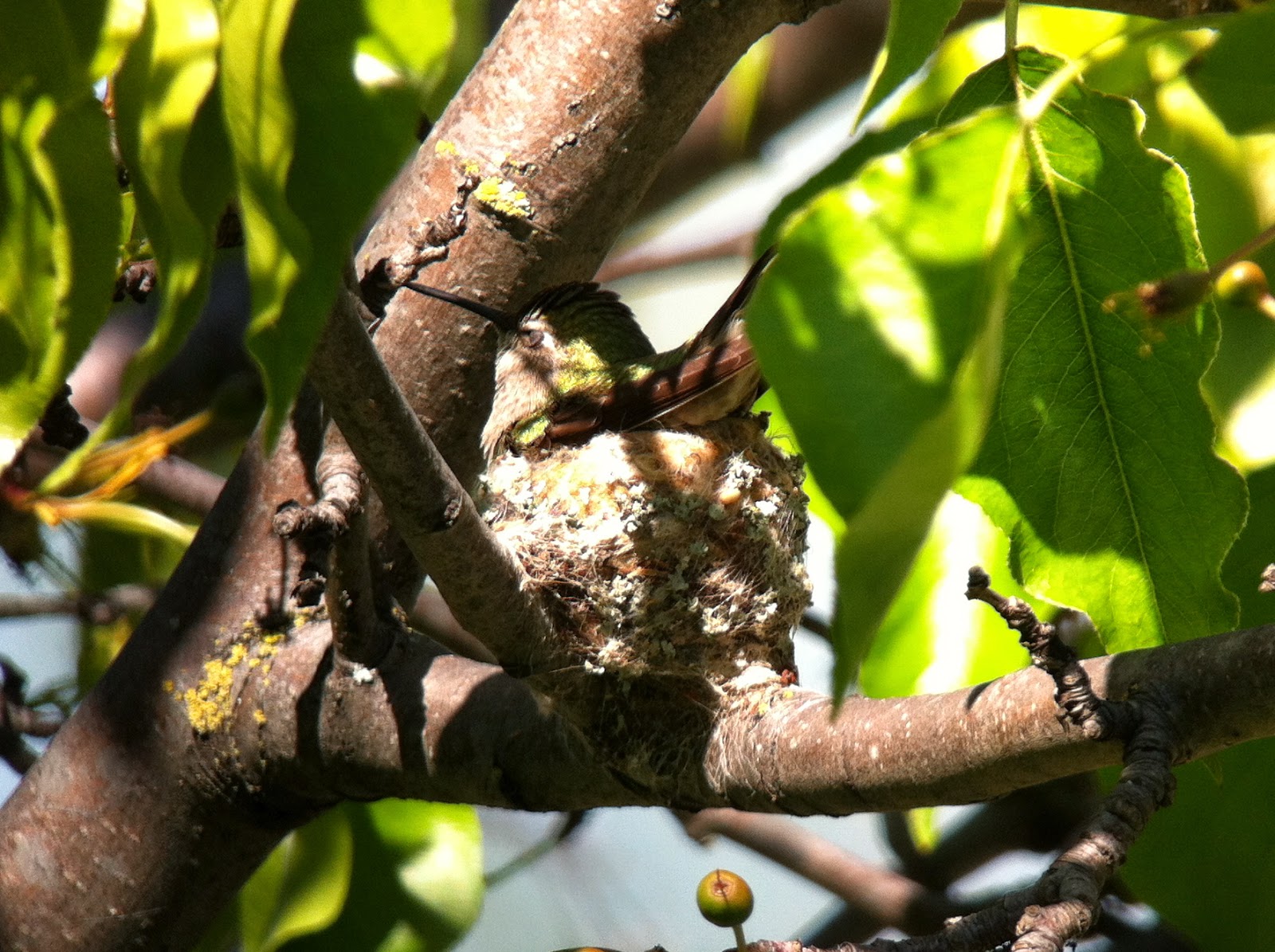 I then switched to a different point-and-shoot camera (with no adaptor) and came up with a comparable image but it took many more minutes of trying: 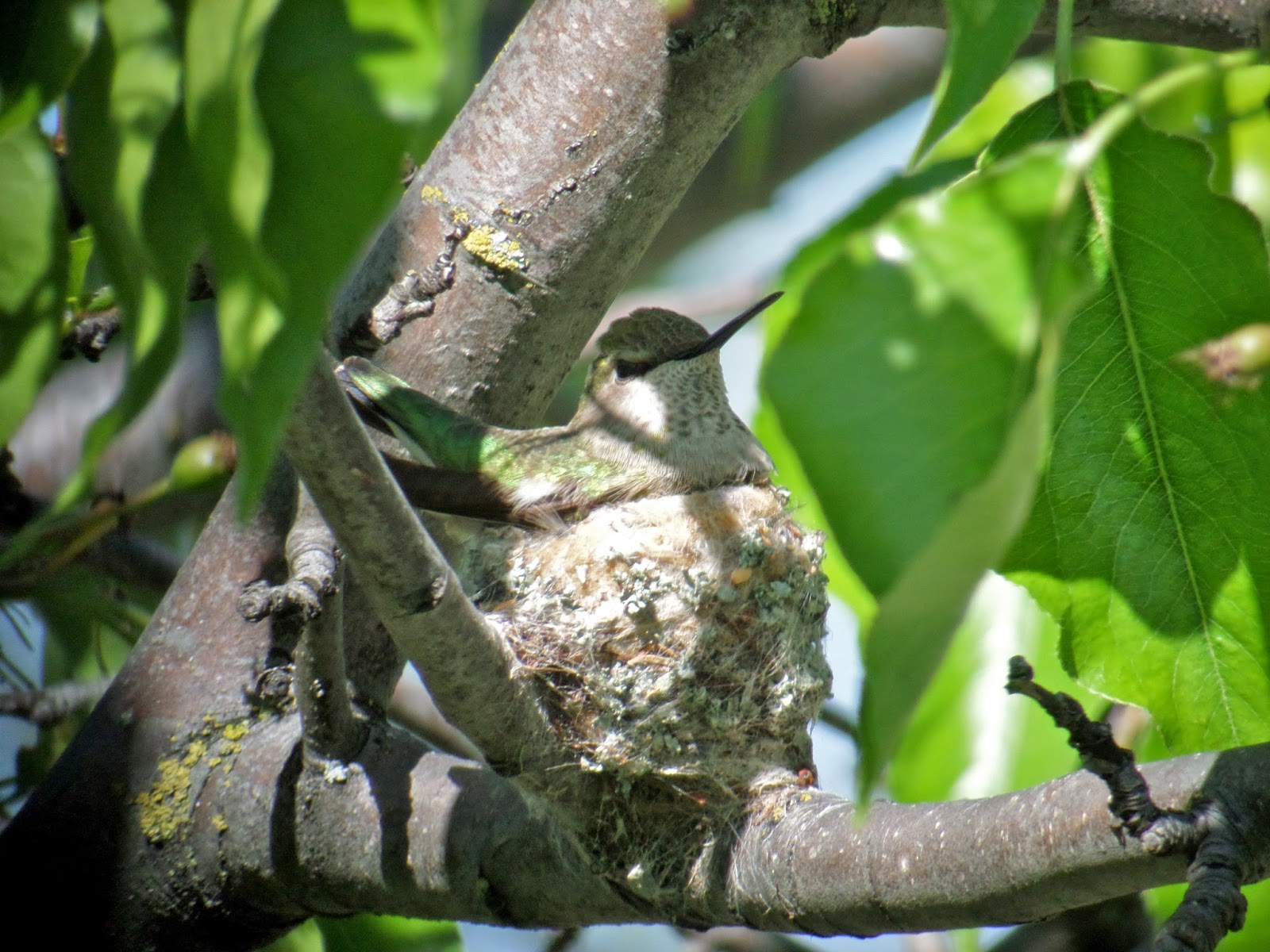 One thing you'll notice in looking at the two images is the coloration; the colors from the phone pictures are super saturated and the pales are often washed out.  I'm still trying to tweak things but you get the gist of it.

I took my setup down to Cosumnes River Preserve to try it out in the morning light.  Once again, you'll notice how rich the colors are but I was very pleased overall.  First is a drake GREEN-WINGED TEAL: 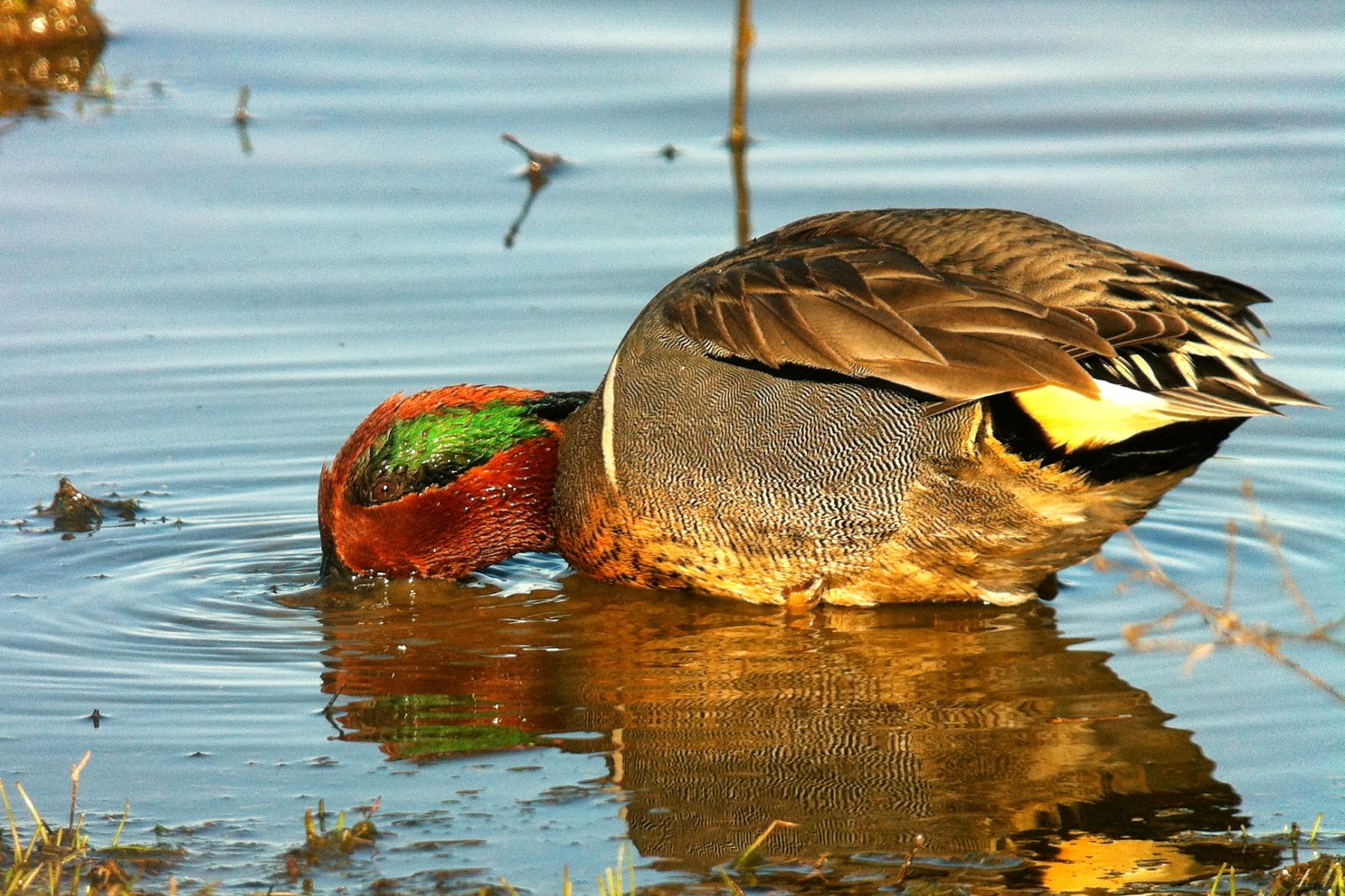 Here's a LONG-BILLED DOWITCHER molting from basic into alternate plumage; note the difference between the old, plain feathers on the back and the bright new ones: 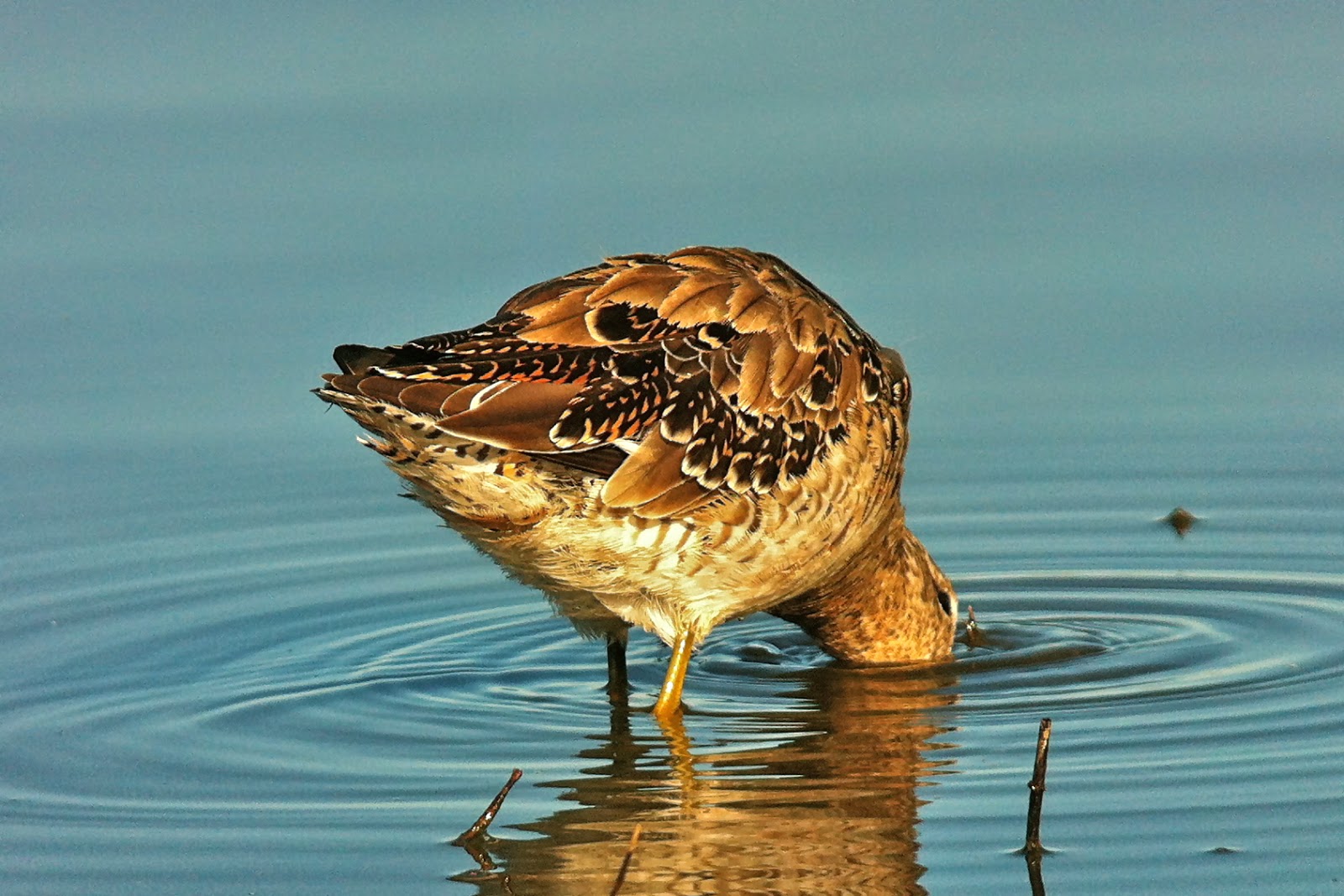 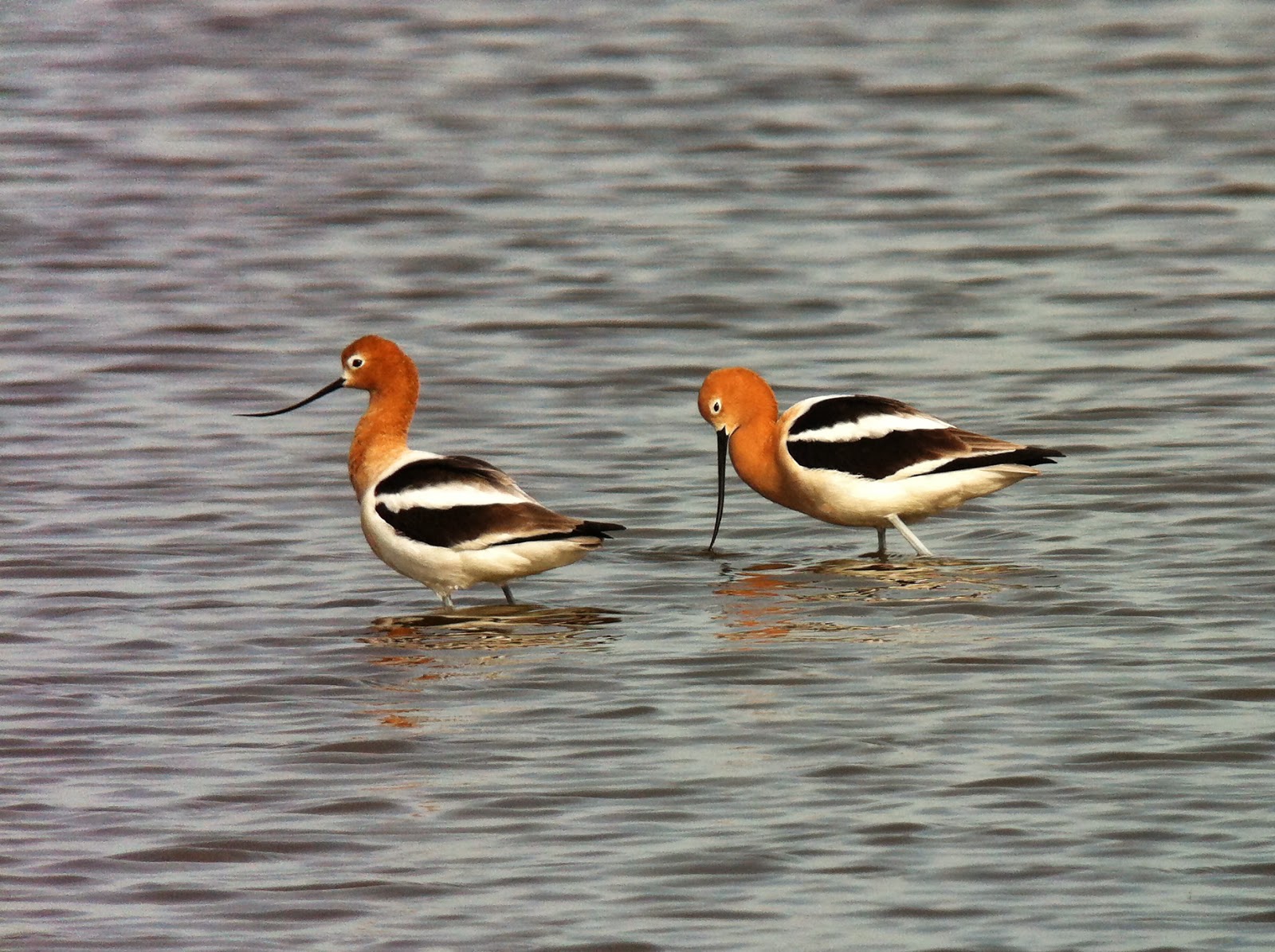 One thing I particularly enjoy now is taking movies of birds using the adaptor.  It's very easy to click a button on the phone and have it switch into movie mode.  After that, hit record and you're off and running.  For example, click here to see a movie I took of a feeding LONG-BILLED DOWITCHER.