We were happy to stumble on a GRAY FLYCATCHER at Don Nottoli Park this morning.  This park, which is only a mile or two from where we live, has turned into a favorite local patch of ours.  Although I don't think it was ever birded before we moved here, the species total for the park is closing in on 130.  Gray Flycatcher was a new one (and a county lifer for both of us).

Digiscoping with my iPhone turned out to be a great way to photograph this bird: 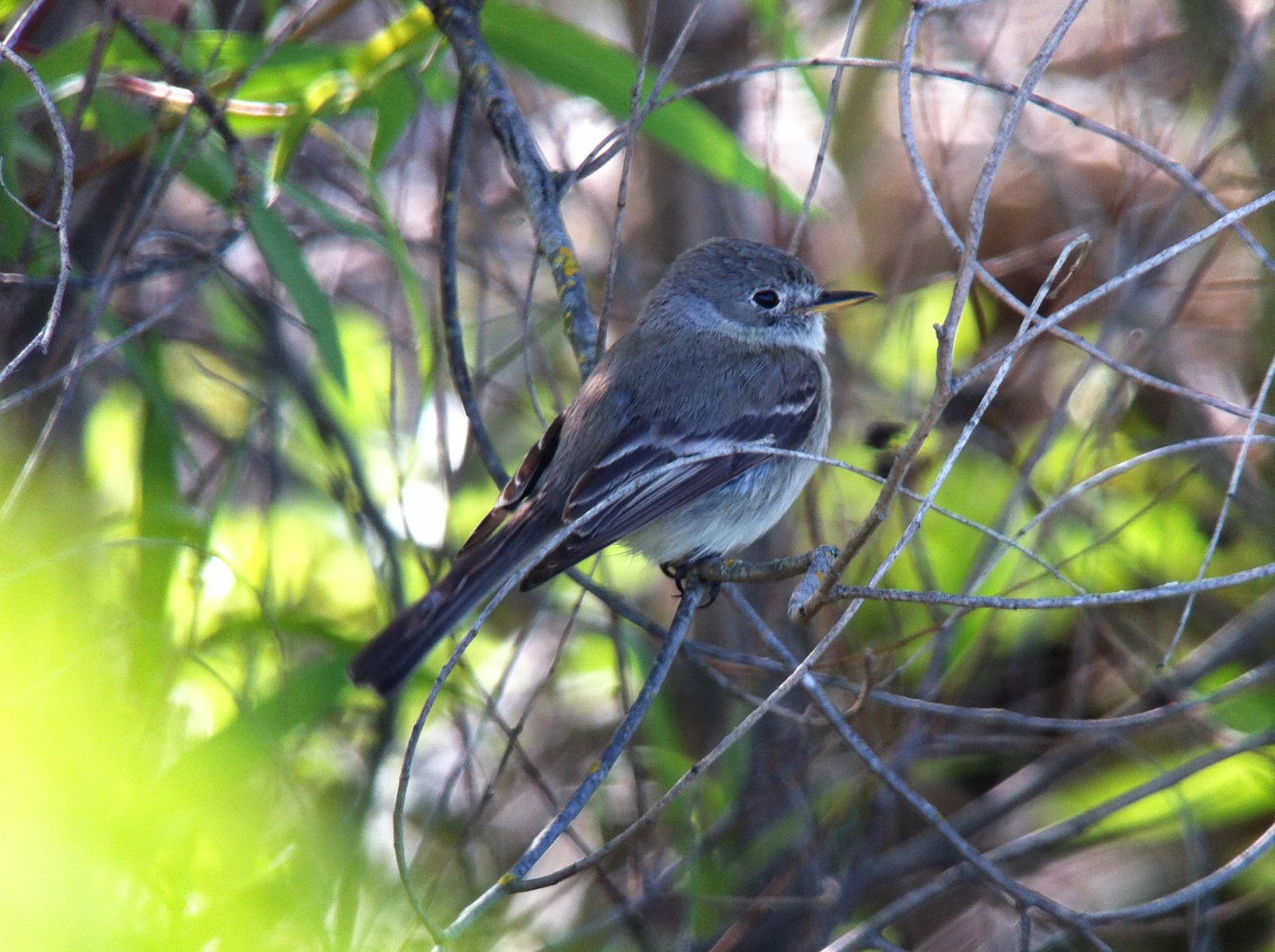 I also took a video of the bird which you can see here.  Note that the tail dips downward which is distinctive for this species.

The bird was feeding low along the edge of the northwest portion of the marsh.  Here's a map of exactly where it was hanging out (zoom out if you'd like to see where this park is in general):

I think this is only the 5th GRAY FLYCATCHER I've ever seen so it was great to review ID marks.  I think the most obvious fieldmark is the GIANT bill with a bright yellow lower mandible that's tipped in black.  Pac-slope has an all-yellow lower mandible and Dusky/Hammond's have smaller, darker bills.

We also took a spin up to Michigan Bar Road in eastern Sacramento County.  We first bumped into 3 CHIPPING SPARROWS about 1.7 miles up from Highway 16 (yes, they're flagged and rather uncommon around here; a completely different story from back east).  We also heard a LAZULI BUNTING singing at the same spot.

At about 2.4 miles up from the highway, we found what we came for, two BREWER'S SPARROWS: 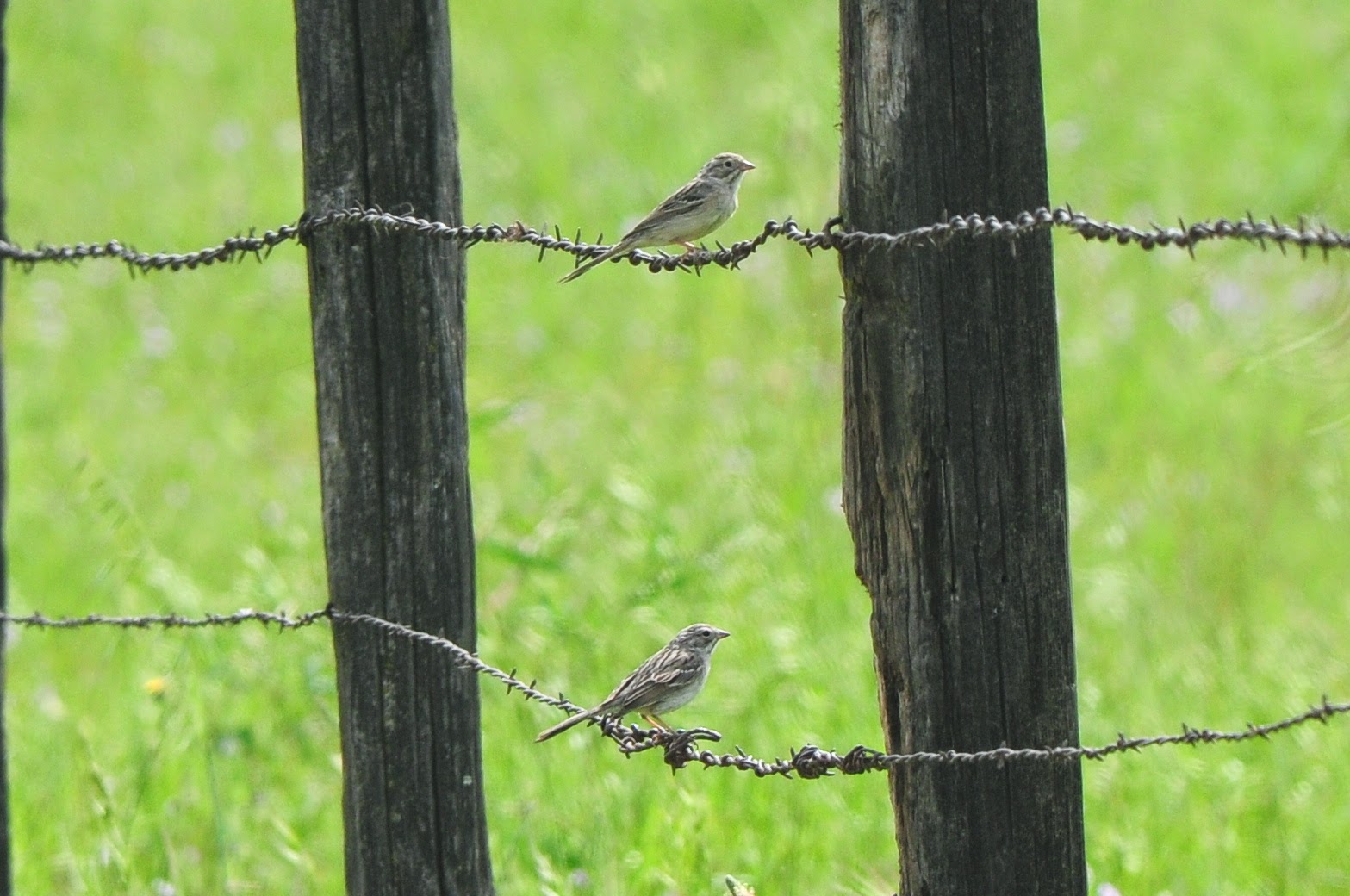 This is another rather uncommon, flagged species here.  However, April and early-May is the time to check grasslands around Michigan Bar Road and Meiss Road.

Our last stop was at a new area we've been exploring in eastern Elk Grove.  It's the Laguna Creek Parkway Trail.  We walked the stretch that meanders east from Elk Grove Florin Road:

A bit down the trail we bumped into yet another CHIPPING SPARROW for the day.  This one was a bit more photogenic than the other ones (and yet it's still pseudo-hiding from me): 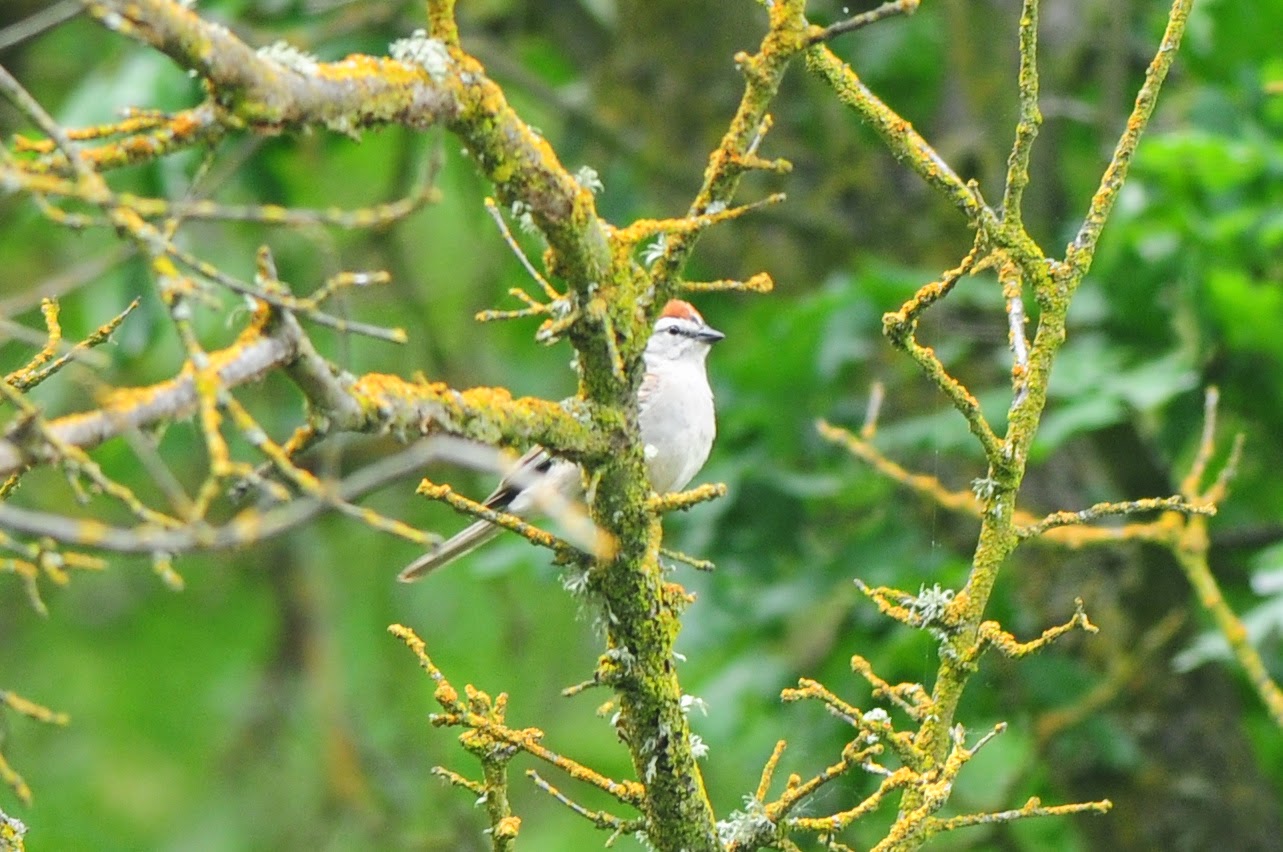 A little farther down the trail we found a nice mini-flock containing a TOWNSEND'S WARBLER, NASHVILLE WARBLER, and this empid.  Best we can tell, it's probably a HAMMOND'S but there were a couple of things that seemed odd.  The bill looks fine for HAMMOND'S/DUSKY but I wasn't sure if the wing projection looked quite long enough for HAMMOND'S: 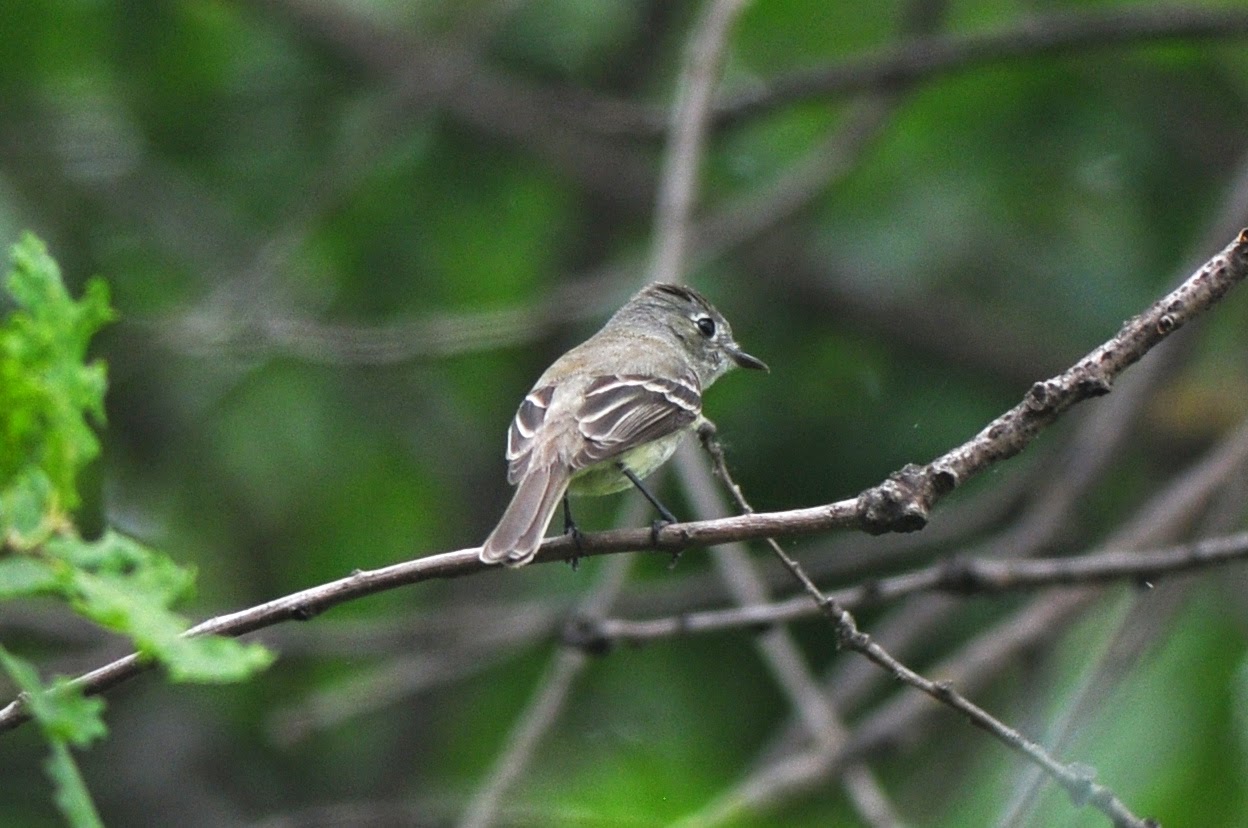 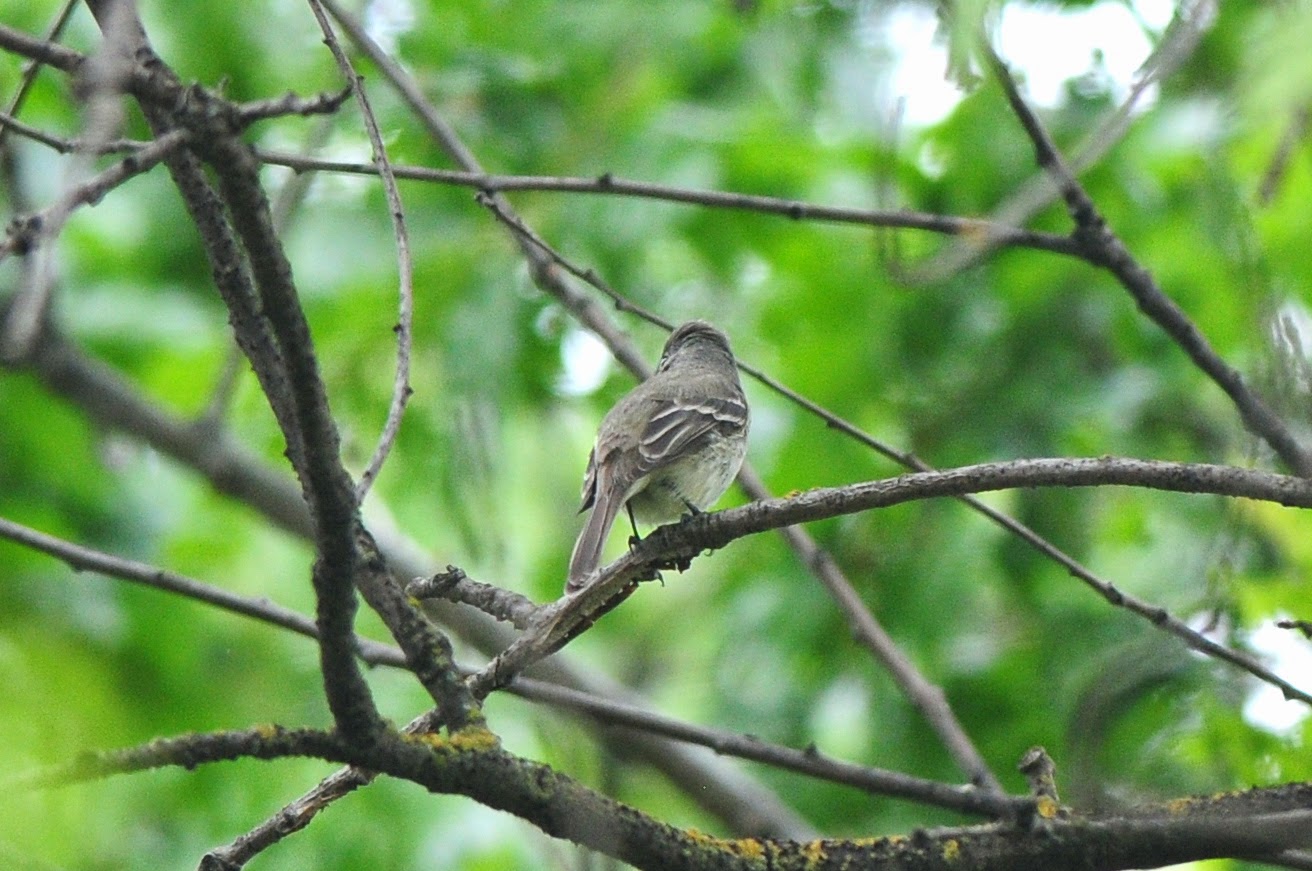 However, the bird was feeding rather high in the trees which is another point that favors HAMMOND'S: 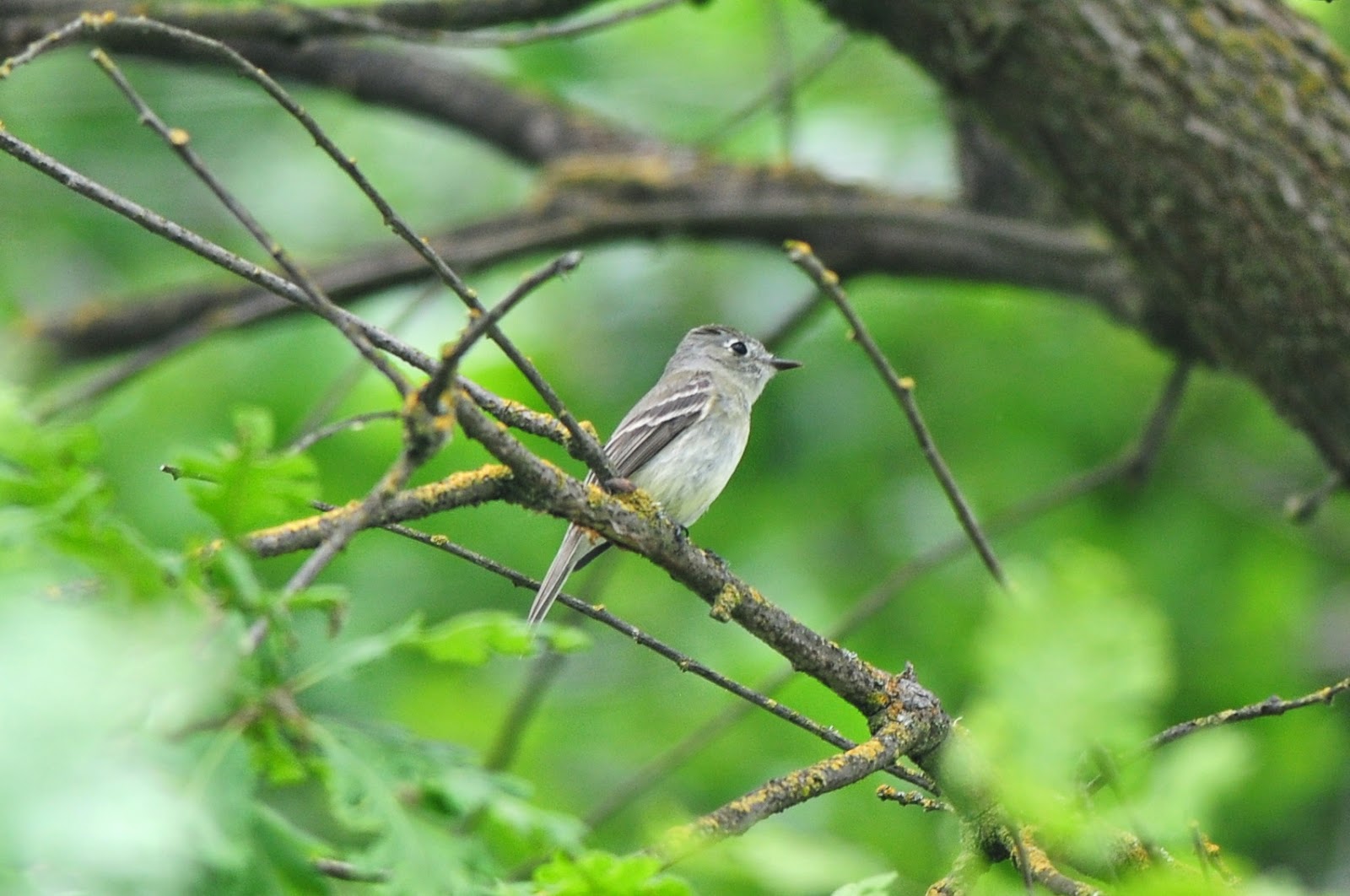 ... and this easy-to-identify HAMMOND'S FLYCATCHER: 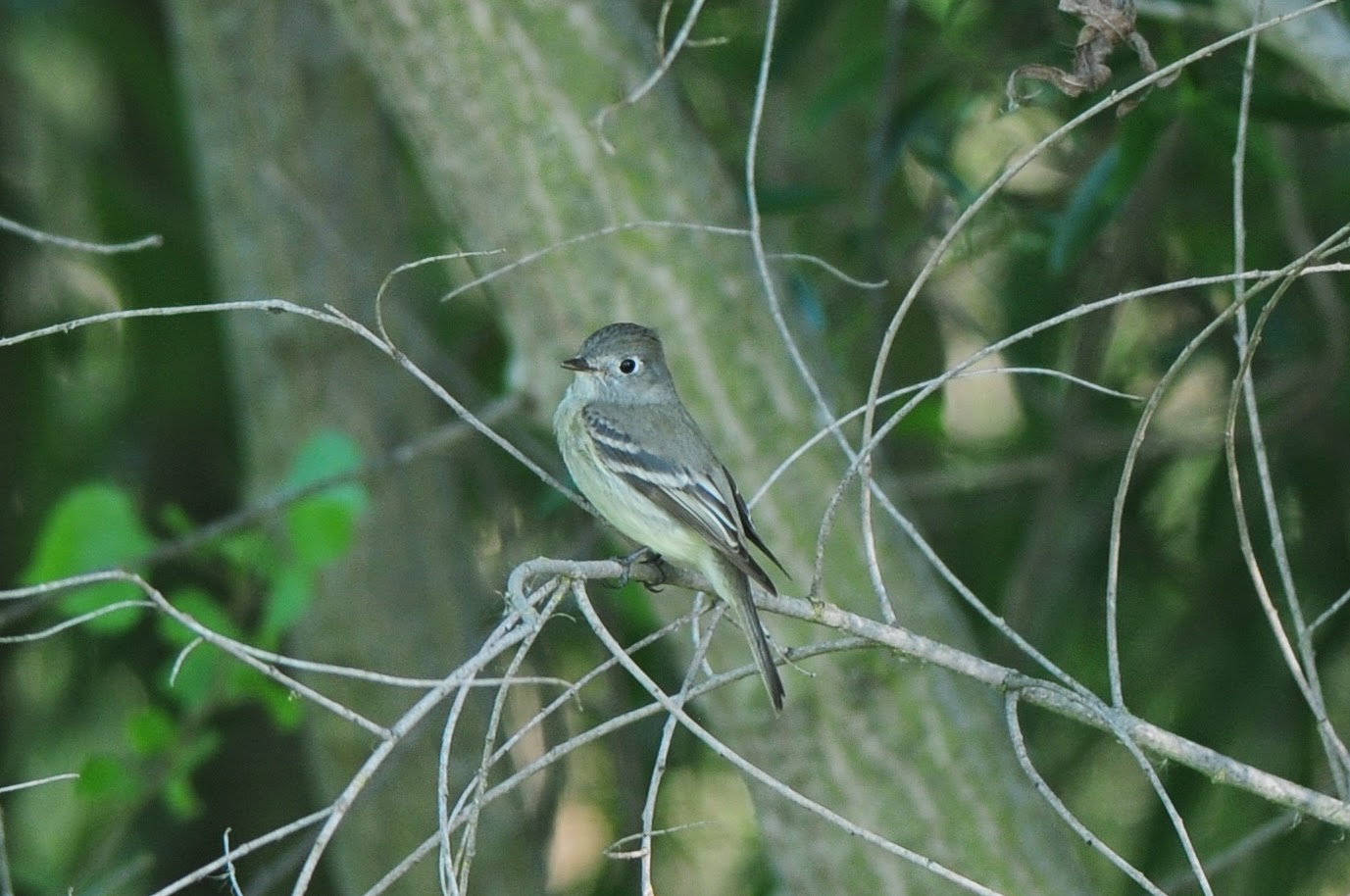 Again, note the long primary projection and the small, all-dark bill.  Try comparing it with the above empid.  See the differences?

This SWAINSON'S HAWK was nice... especially because it was soaring directly over the patio: 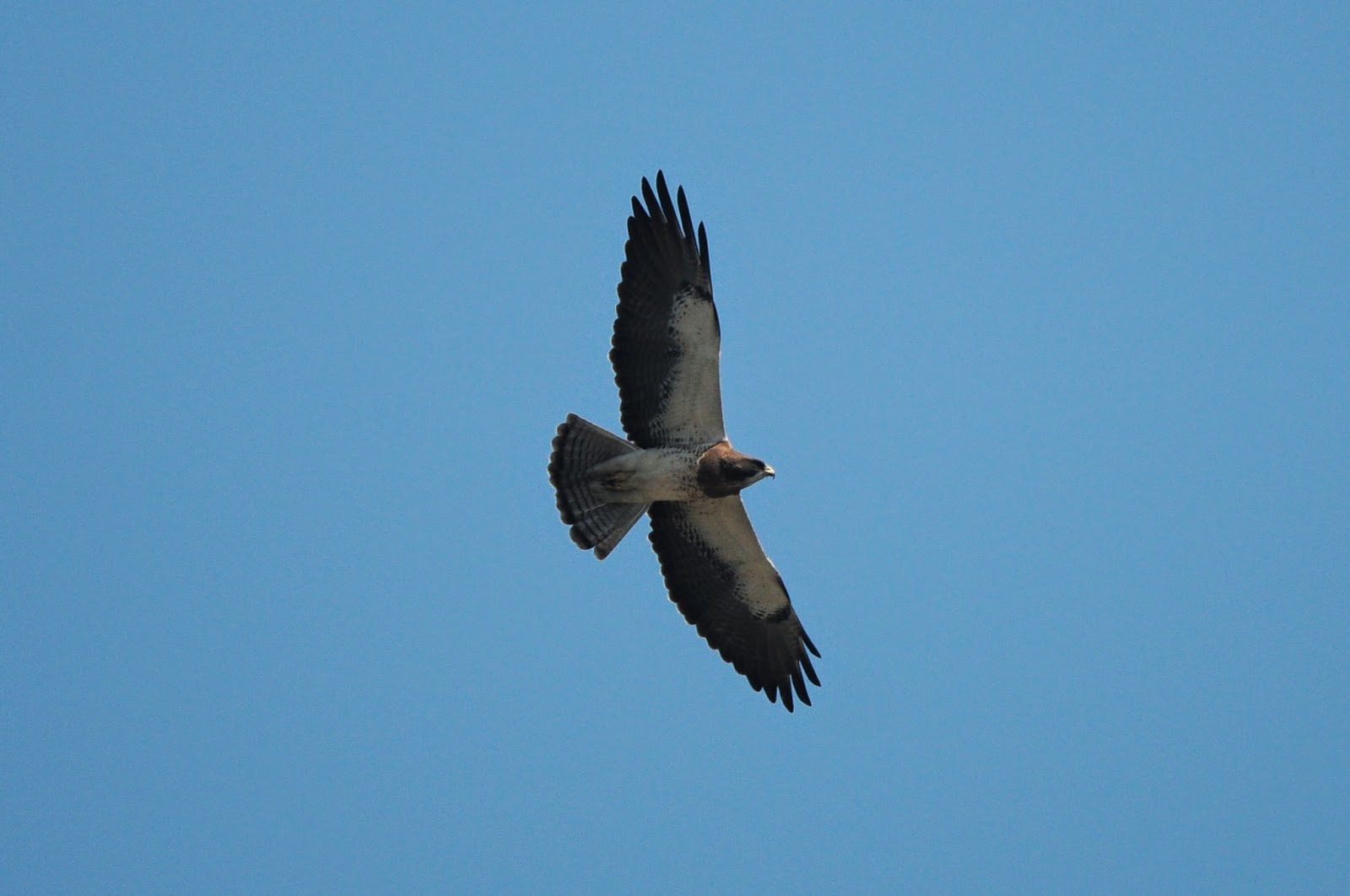