The pace of new Sacramento County year birds definitely seems to be slowing as of late.  I mean, I still need Warbling Vireo, Hermit Warbler, Blue Grosbeak, Western Wood-Pewee, and Olive-sided Flycatcher to name a few but I'm not even sure the latter 1-2 species will arrive before I depart in 17 days.

A walk-about at Cosumnes the other day didn't yield much other than a vocal PACIFIC-SLOPE FLYCATCHER feeding near one of the sloughs.  Compared to the other recent empid photos I've posted, note the completely yellow lower mandible, thick eyering, noticeable crest, and short primary projection: 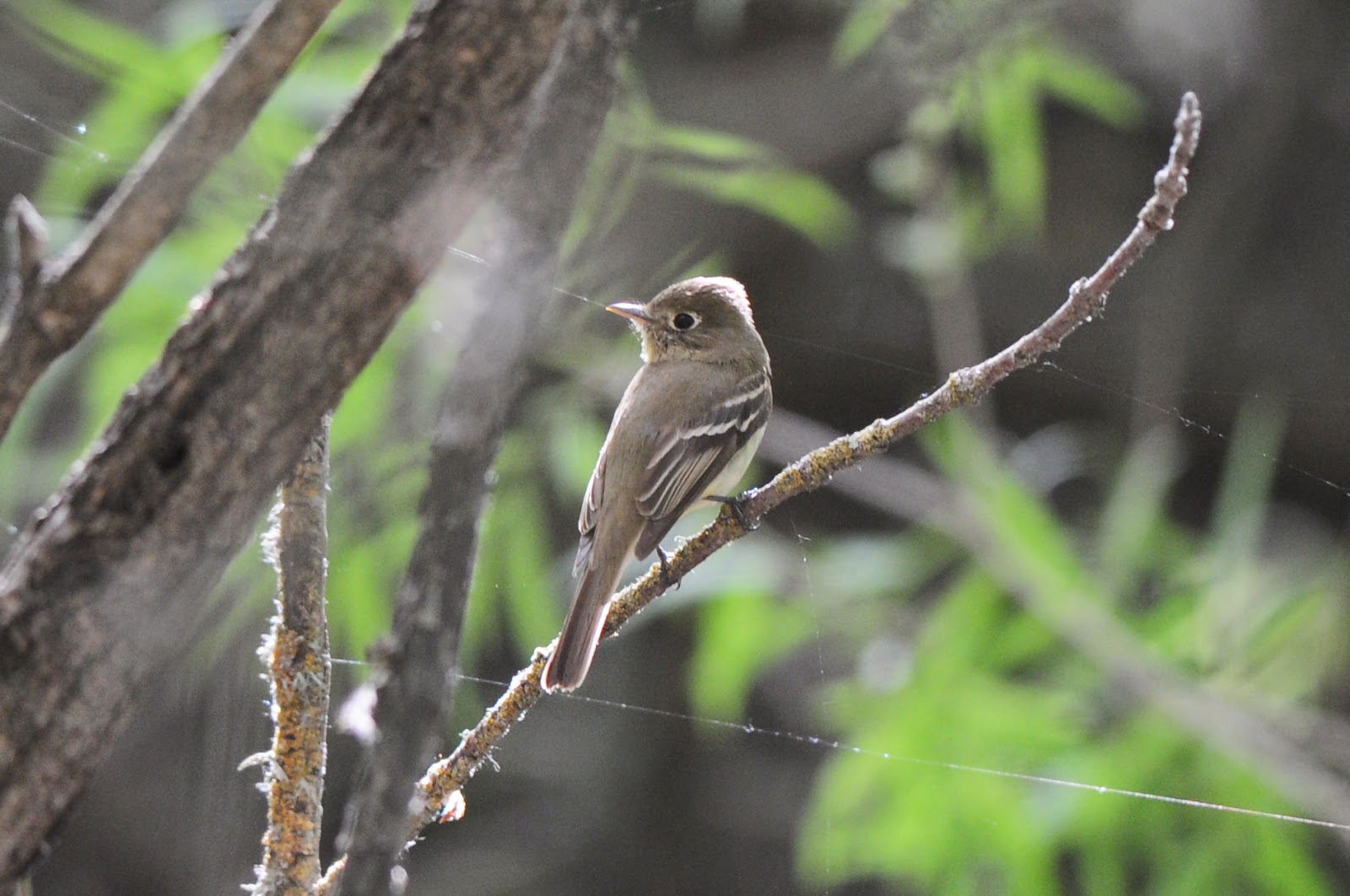 The one new year bird came when Ashley hurriedly motioned me towards the patio window; perched in a tree bordering the boulevard was a female BLACK-HEADED GROSBEAK.  It looked around for quite a while before flying and actually landing on the patio.  I can't recall the last time I was ever this close to any species of grosbeak: 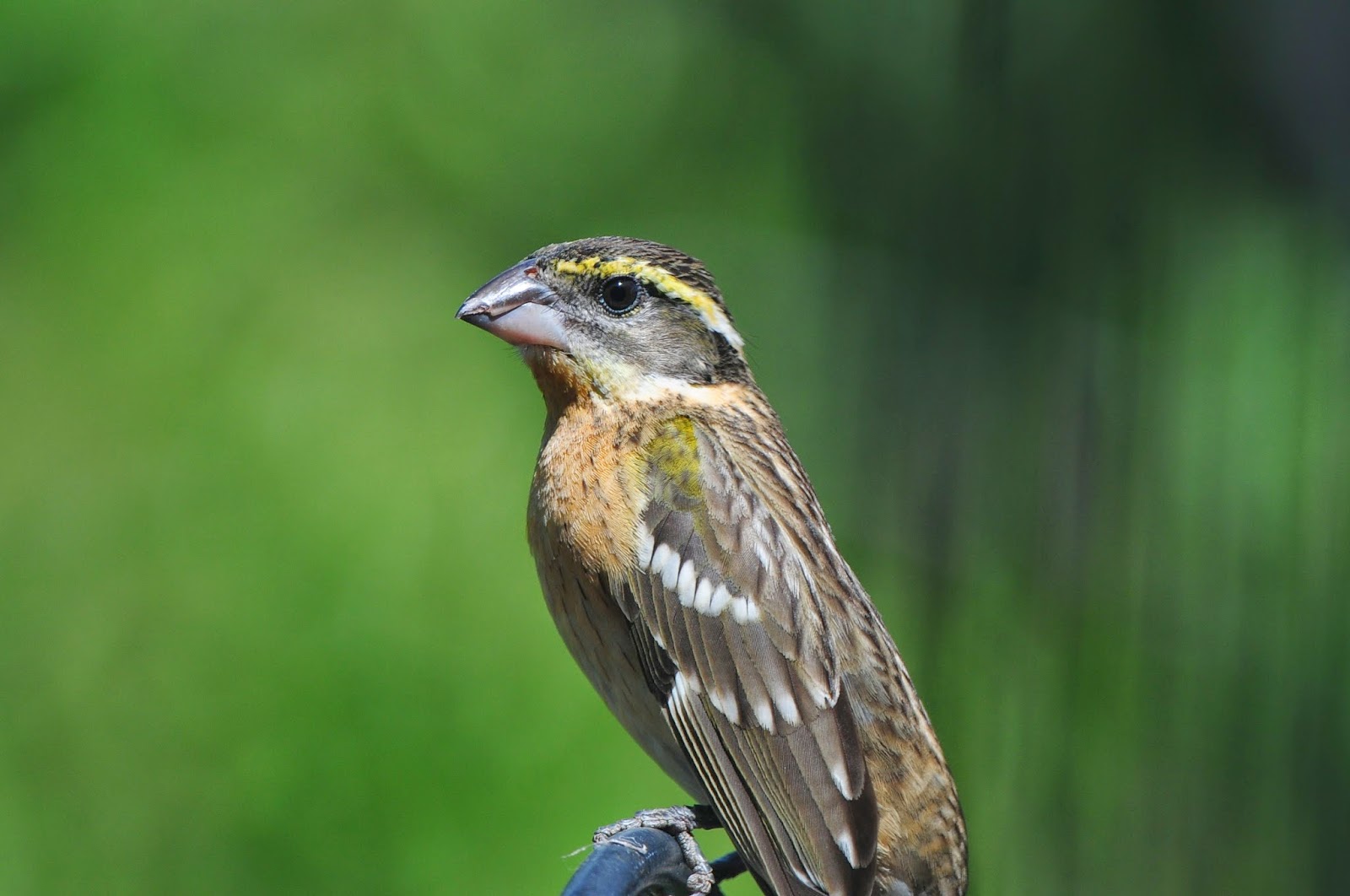 Today I took a spin out along Meiss Road to check on things.  If you aren't familiar with this part of Sacramento County, you're in for a treat.  Stretching in front of you is an expansive vista of foothill grasslands, complete with the snow-capped Sierras in the background: 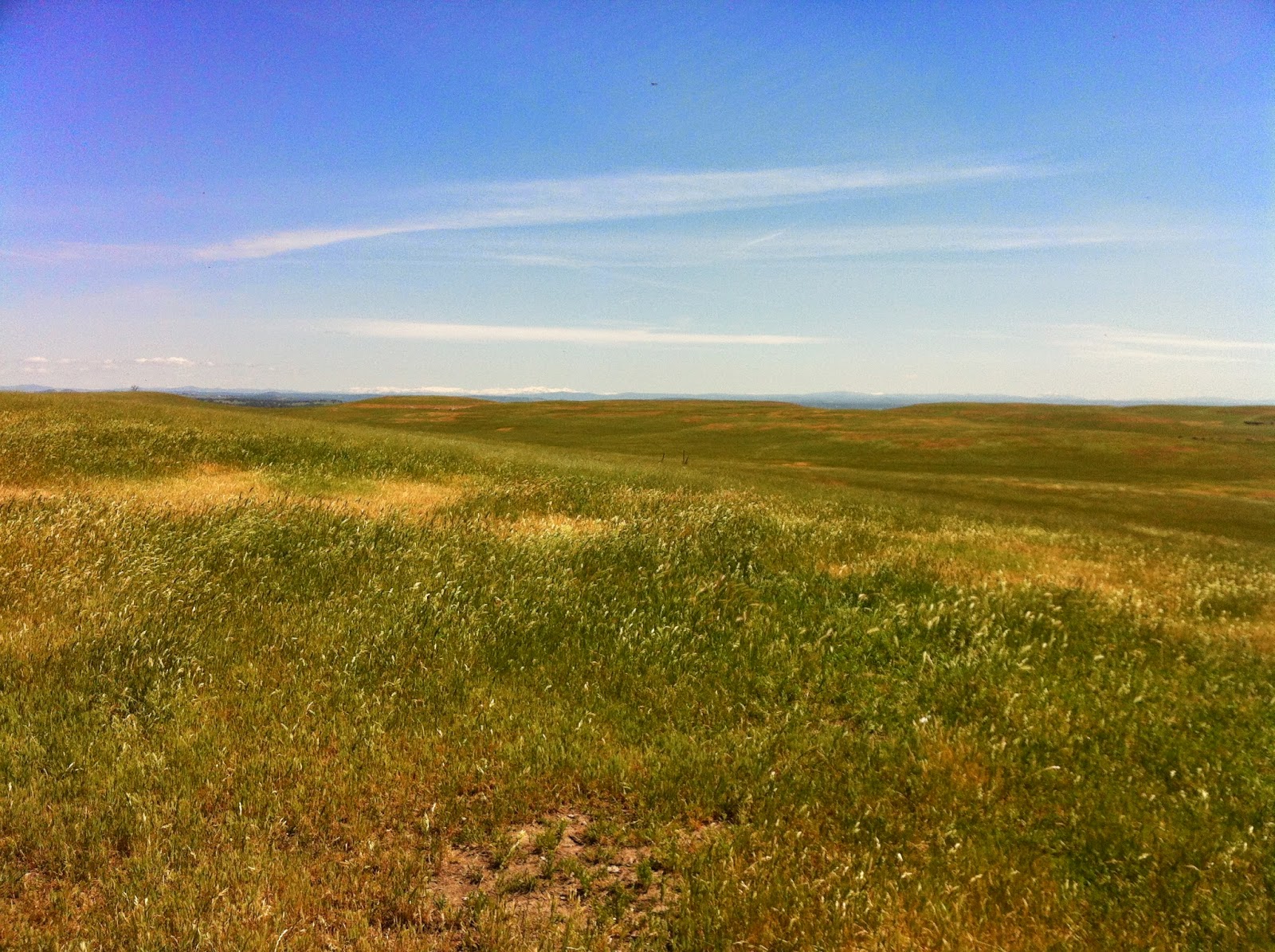 The road is definitely one not oft-traveled ... which is why I love it so much.  The grassy roadsides act as an active SAVANNAH SPARROW dispenser right now; you move, they pop out.  In the end, I counted nearly 100 in a 7.5 mile stretch.  Here's a view of the road: 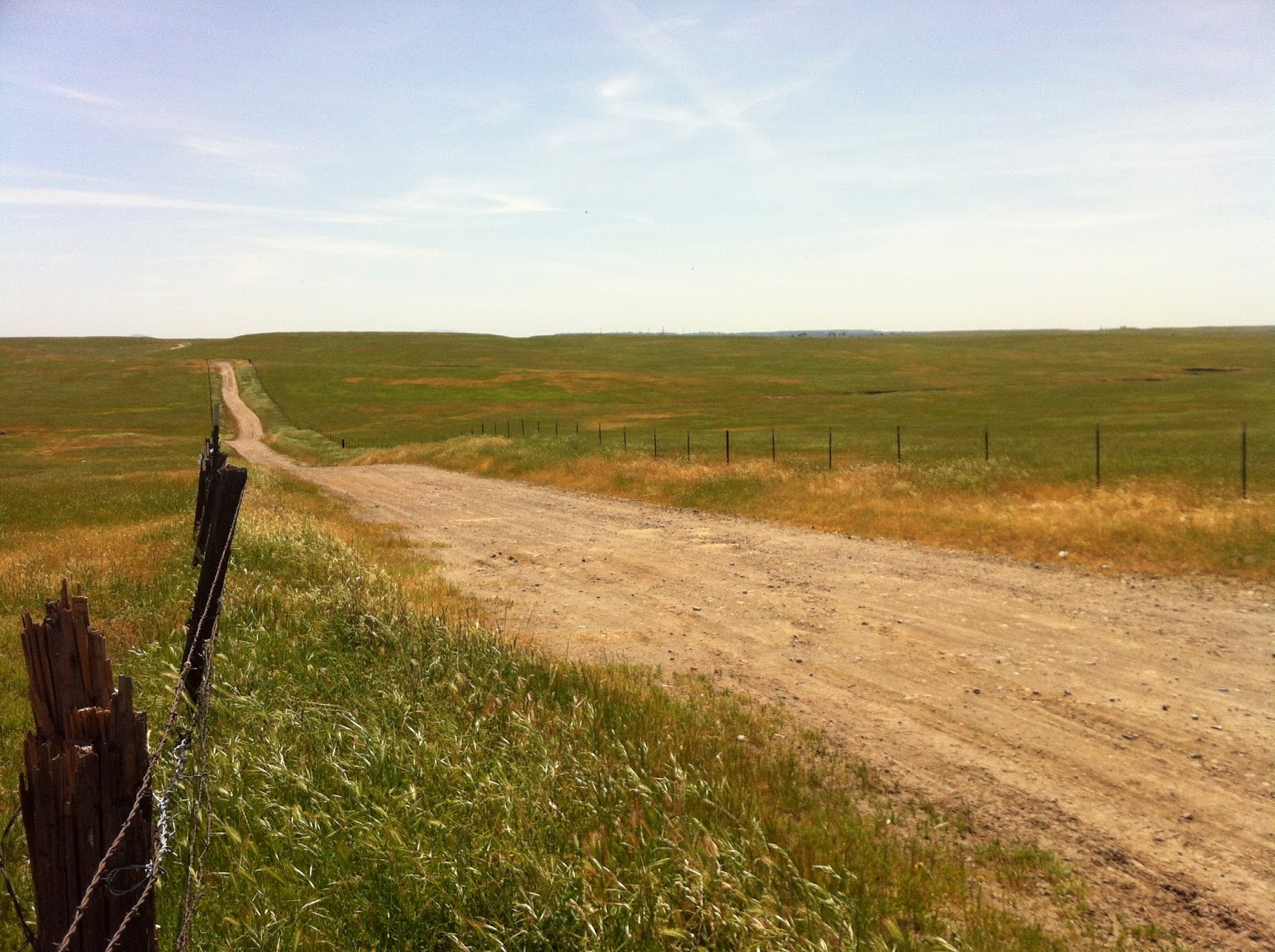 Another crazy-abundant species out there was WESTERN KINGBIRD.  I carefully counted 77 on the same 7.5 mile stretch of road.  That averages out to more than 10 kingbirds per mile... or 2-3 kingbirds every 200 meters.  Here's one that stuck tight: 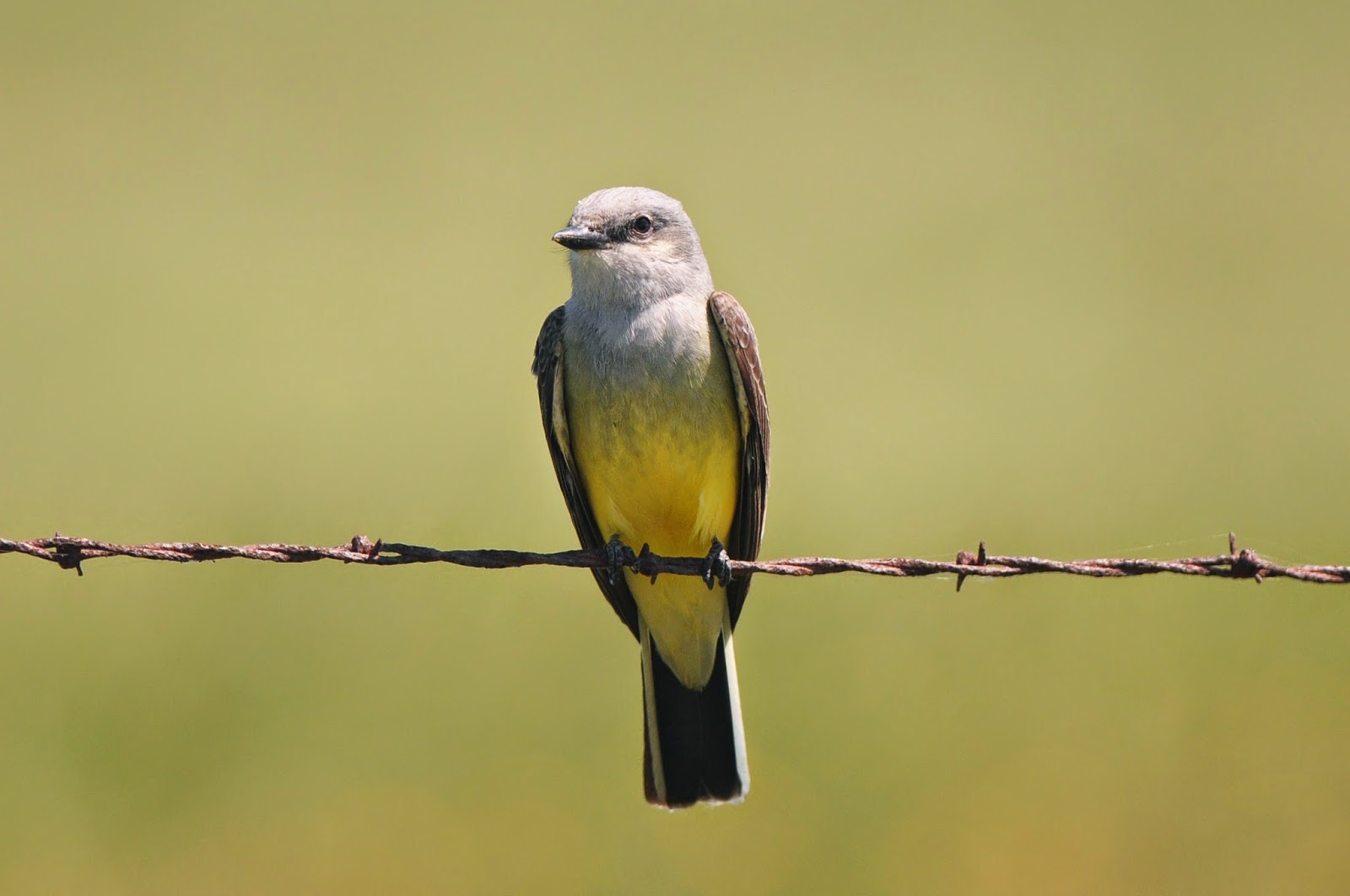 Late-April can be a good time to stir up interesting sparrows out in the grasslands.  For example, I was successful in finding 2 BREWER'S SPARROWS which is a rare species any time of year in Sacramento County (but if you're going to look for them, now is the time).  I especially enjoyed hearing one bust out into song; if you don't know what they sound like, play around on Xeno-Canto.

I also had 3 GRASSHOPPER SPARROWS, an uncommon breeding species here in Sacramento County.  And for some reason, this particular one didn't appear very wary of the car: 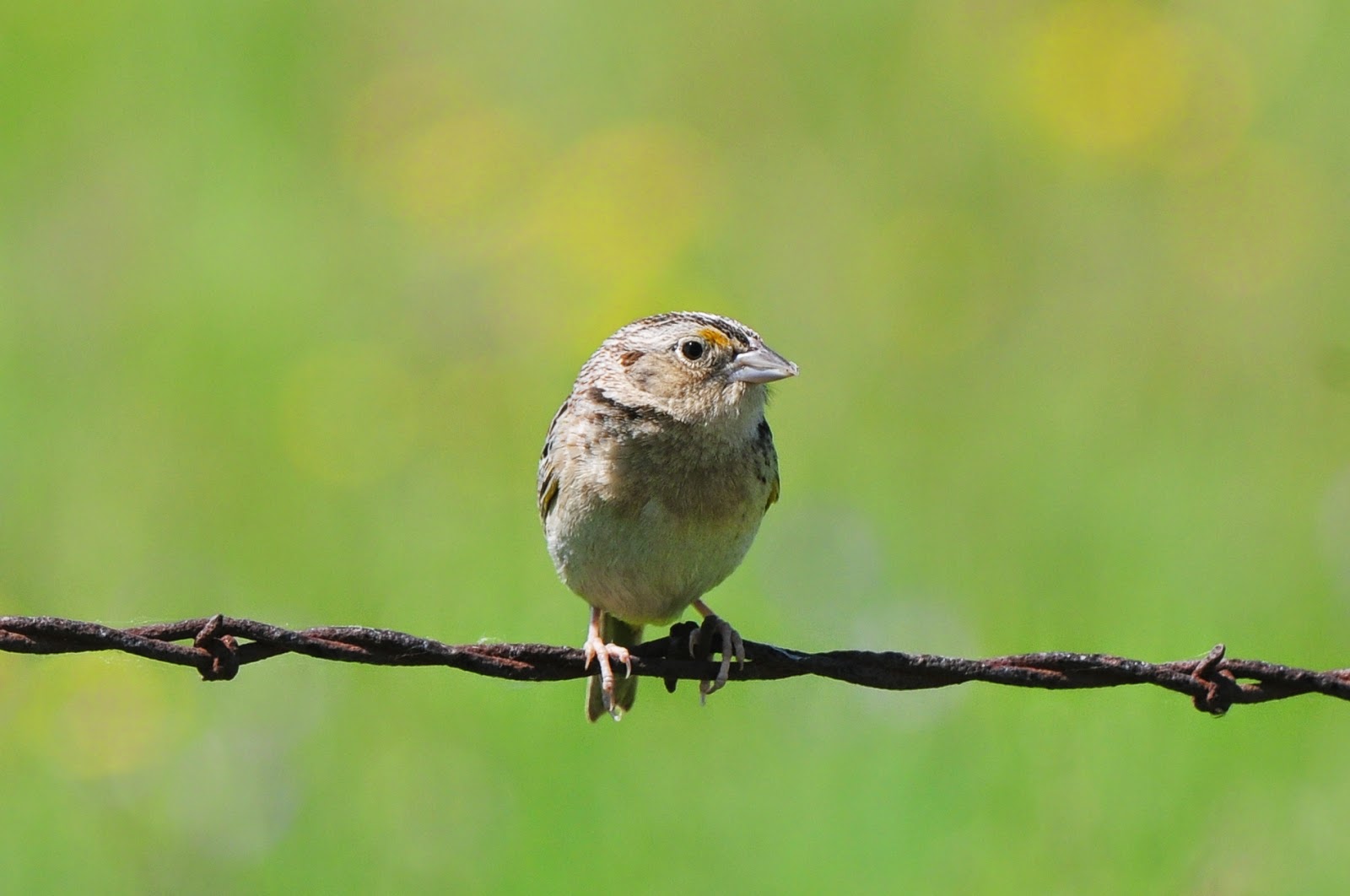