I've birded every day for the last week or so and the reason is pretty simple... migration is at an interesting point right now around Sacramento County.  New species seem to arrive daily and after the excitement of the MARSH SANDPIPER only 13 miles from my house, I felt like I had to go do my share of rarity hunting.

I found no rarities.

Moving on.  In terms of shorebirds, the best find were 3 SEMIPALMATED PLOVERS at Cosumnes River Preserve two days ago.  Although they're expected migrants, April 13 was quite an early date to see this species.  Here's a digiscoped photo taken with my phone: 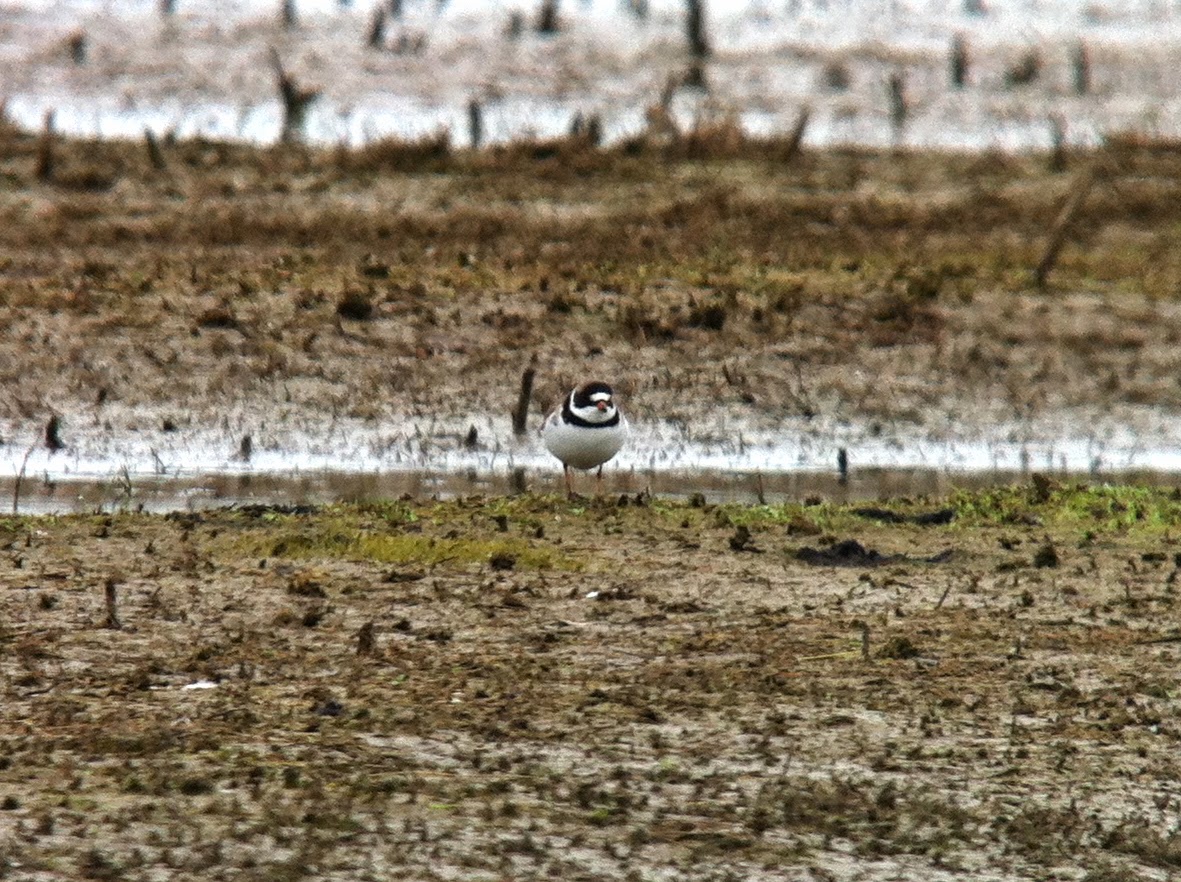 BLUE-WINGED TEAL are uncommon winter residents around here and are far less expected than GREEN-WINGED TEAL and CINNAMON TEAL.  However, they're now flagged in eBird, probably because it's mid-April already.  Here are some at Cosumnes River Preserve: 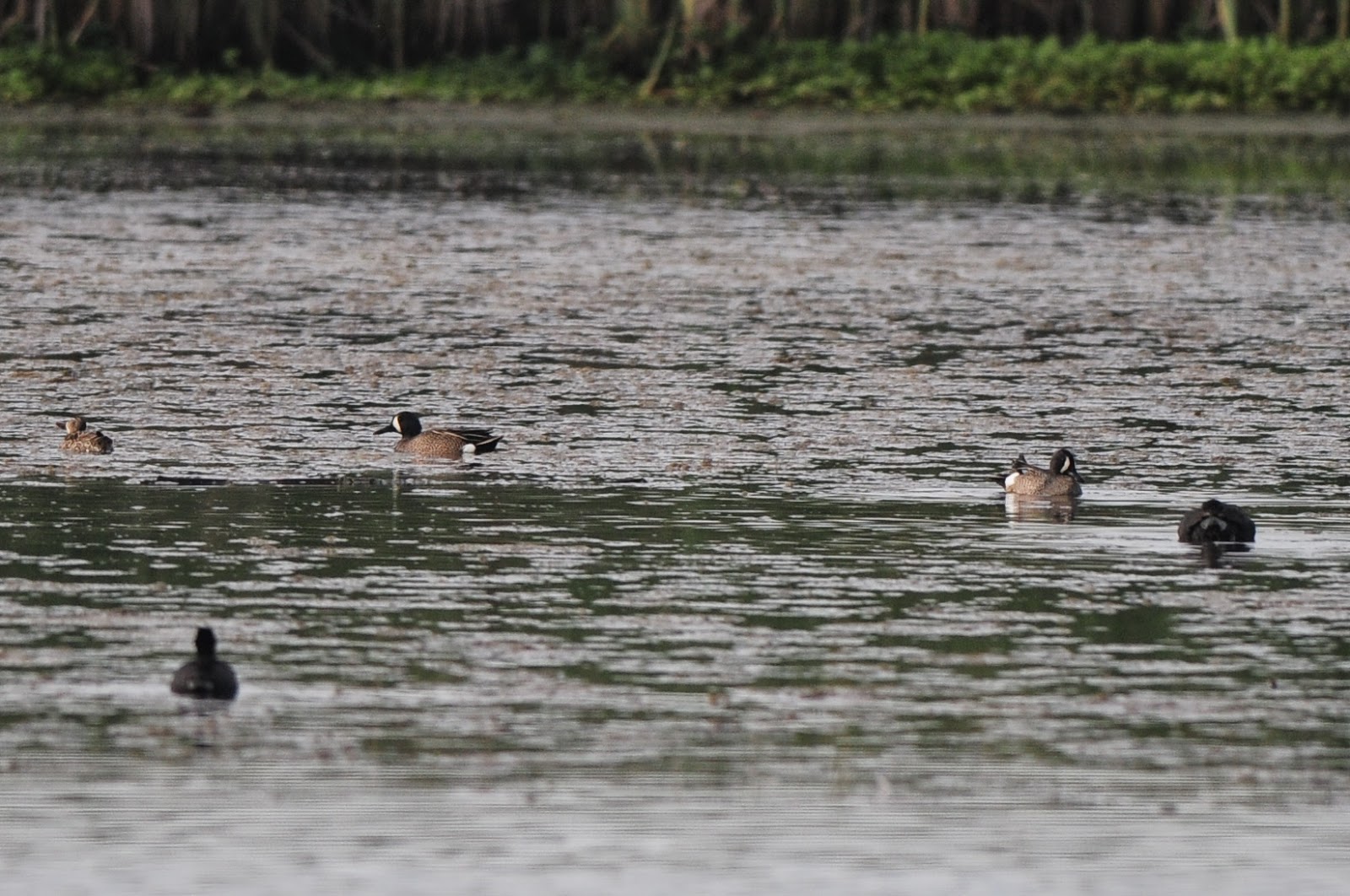 Cosumnes, which is relatively loaded with potential, has yielded several nice songbirds lately.  Perhaps most exciting to me was this warbler skulking in the shadows: 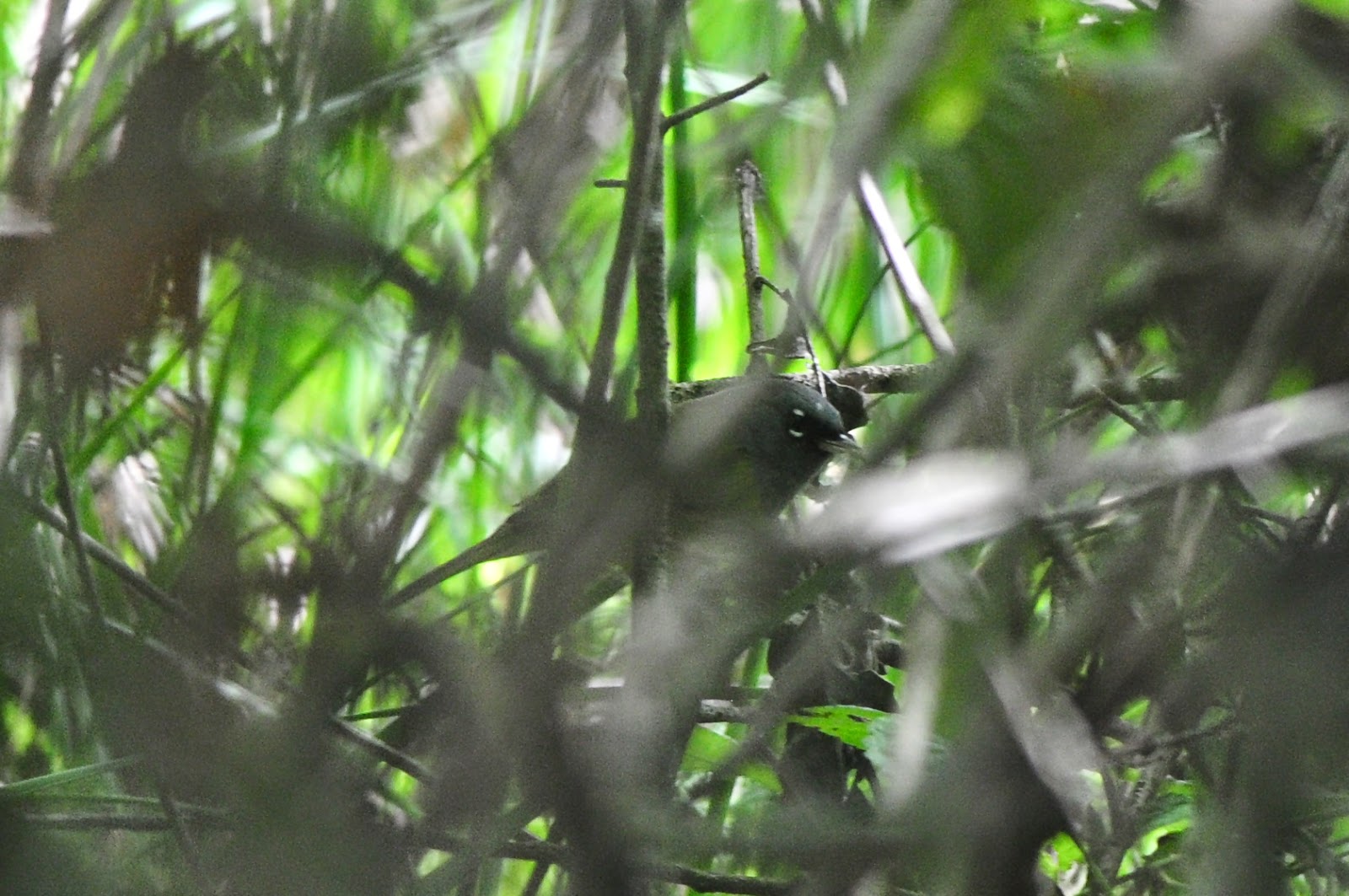 You'll notice one important thing (two, actually); the white eye-crescents gleaming back at you.  This MACGILLIVRAY'S WARBLER was the earliest eBirded record ever for Sacramento County.  It was a little devil to pin down though and getting documentation photos took a while.

As a completely unrelated aside, I have to say that I really enjoy using the BirdLog app which allows me to make eBird checklists on my phone while I'm out birding.  This way, if I see a bird, enter it on my phone, and see that it's flagged, I know then and there that I should try to get proof.  Although that's not a big deal if you're birding somewhere where you know all of those details, it's great if you're traveling and have no idea of expected arrival dates, etc.

Anyway, a wheezy, sputtering call came from the slough at Cosumnes a couple of days ago and I eventually tracked down the culprit, a BLUE-GRAY GNATCATCHER: 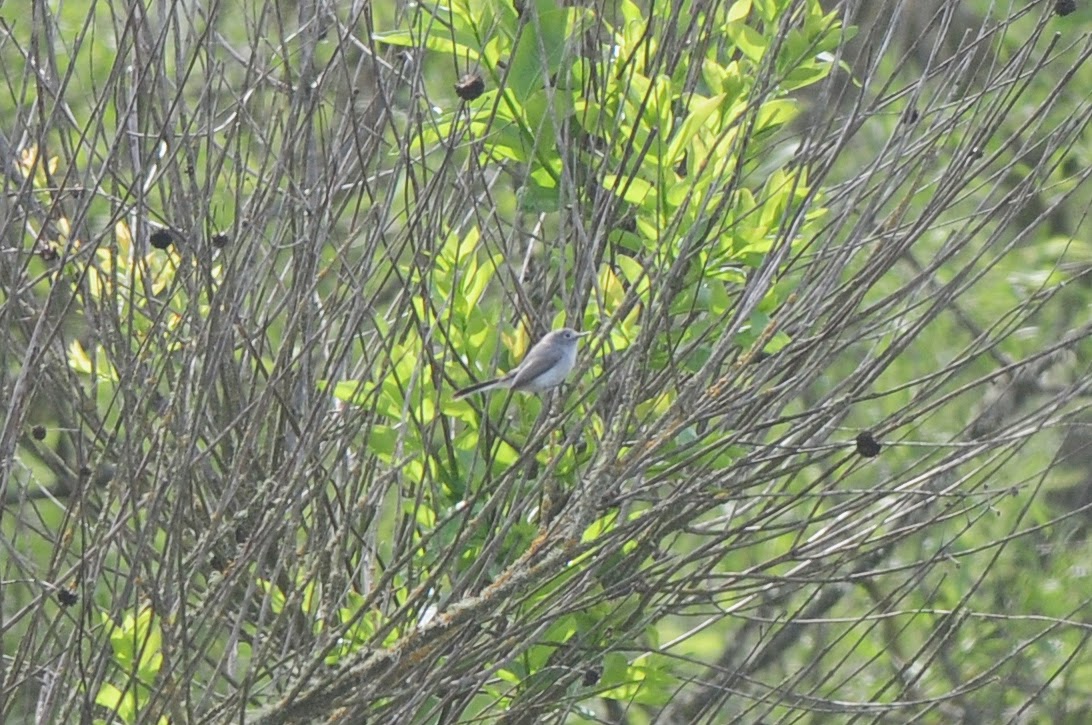 And although it was my first ever for Cosumnes, it's not particularly rare for the county.  However, it looks like this was the first time one had been eBirded from Cosumnes in about 3 years.

I dragged myself away from Cosumnes long enough to check out William Land Park farther up the road in Sacramento.  There wasn't much of note other than a RUFOUS HUMMINGBIRD or two around the rock garden and this BLACK-THROATED GRAY WARBLER that flew down to a puddle: 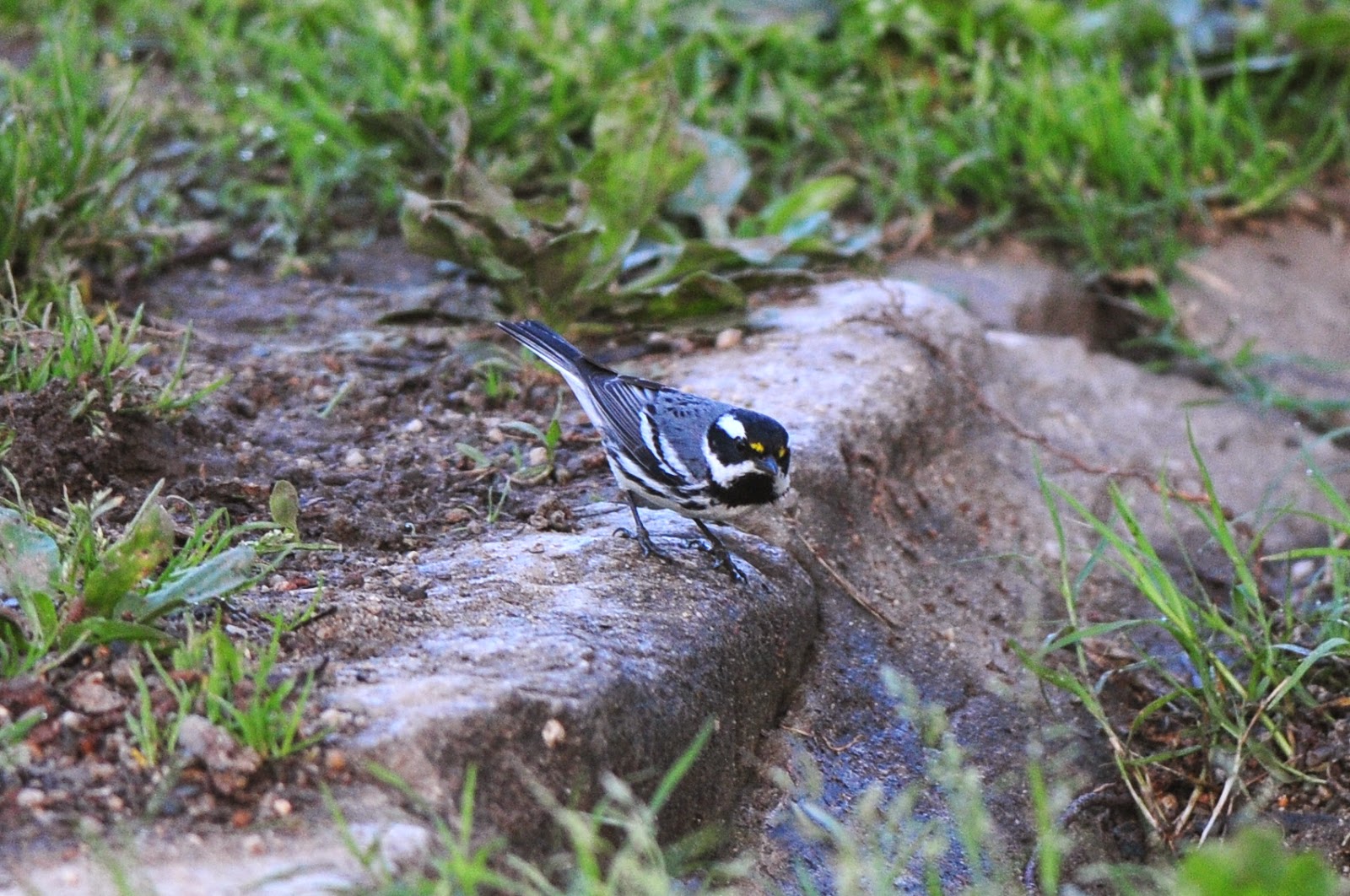 I haven't ignored all of my other local patches quite yet; I did hit up Don Nottoli Park just down the road from where I live.  My first of the spring WILSON'S WARBLER was singing away: 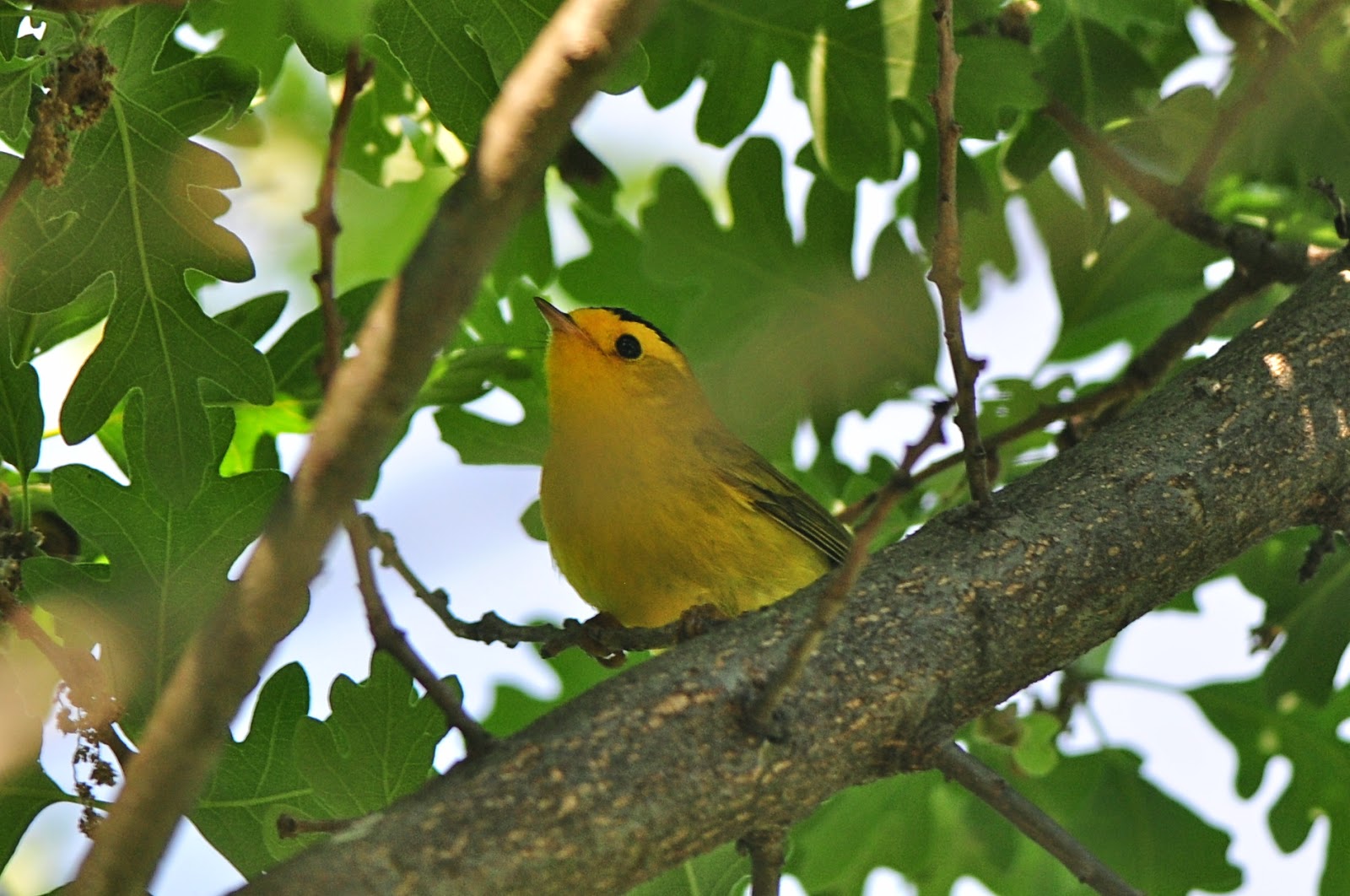 ... and today there were two ASH-THROATED FLYCATCHERS.  This was the first time I'd ever had them there (not so for Ash).  Here's one of the two: 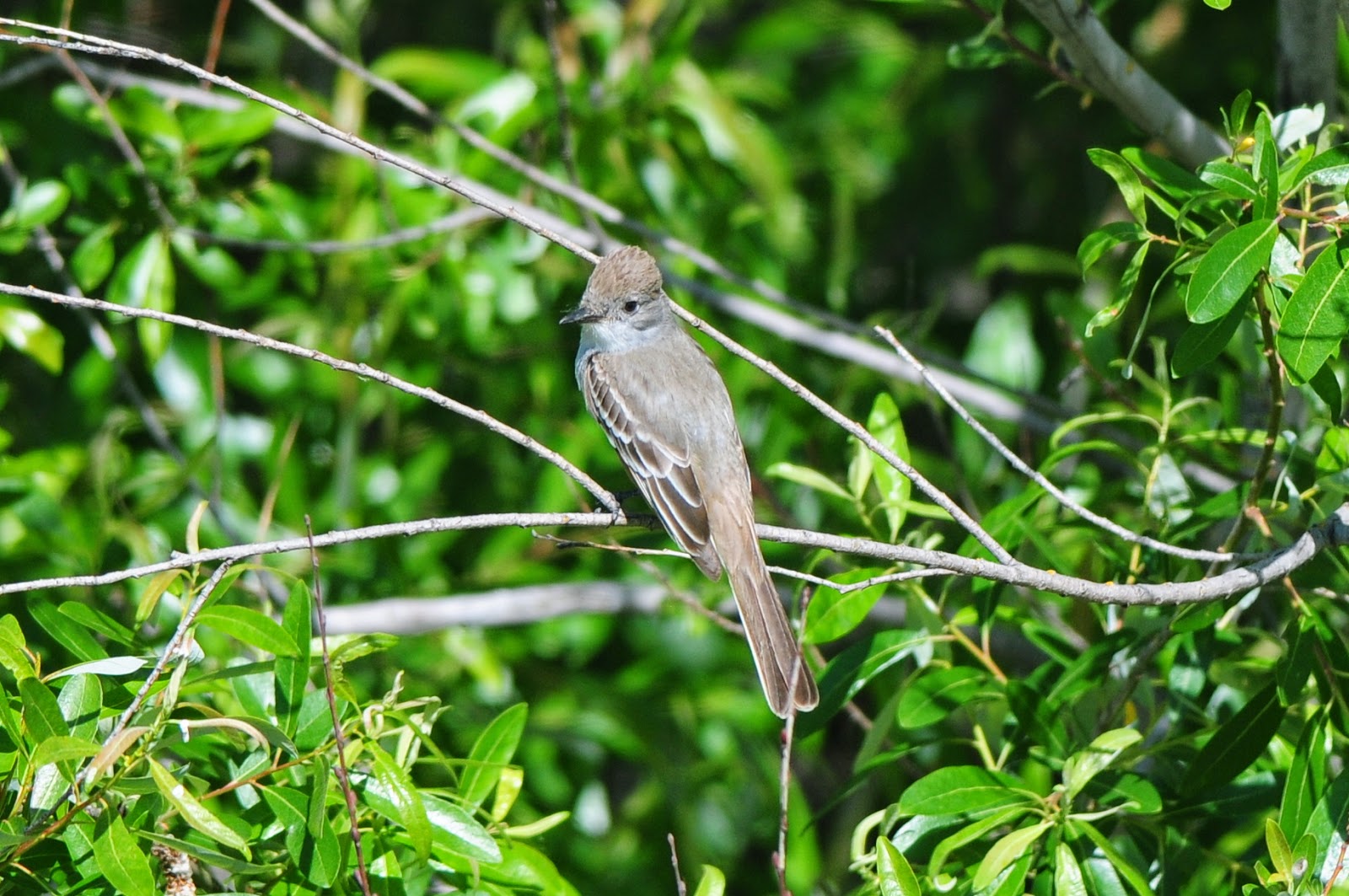 Only recently have CATTLE EGRETS started to move into the region in force.  We counted about 20 of them on our last visit to Don Nottoli Park.  As you can see, they're in the height of their breeding plumage (notice especially the shade of the bill and bare parts around the face): 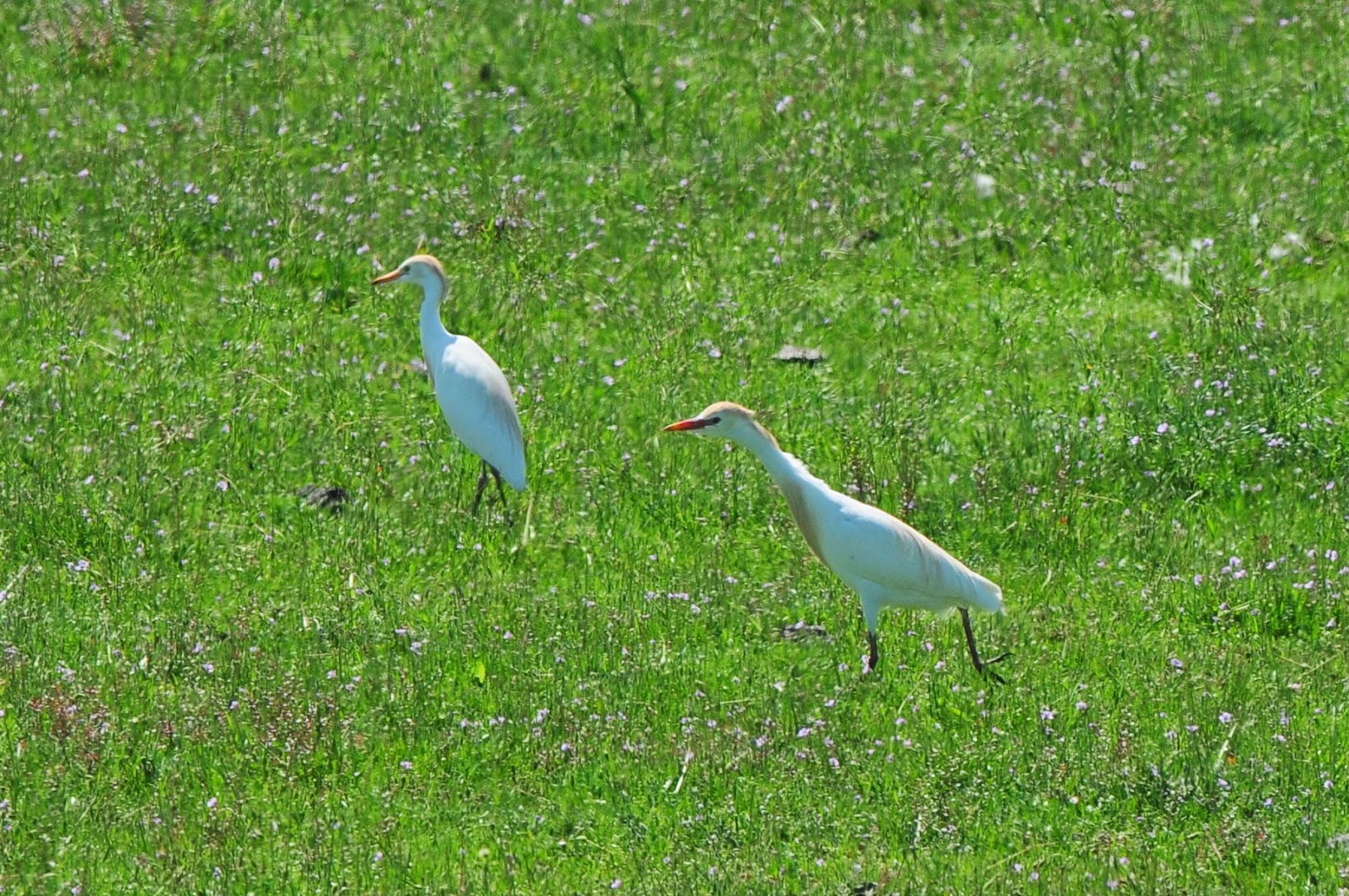 But alas, it wasn't long before I spent more time at Cosumnes River Preserve.  For being relatively close to where I live, there isn't a place with better habitat.  On this particular visit, I glanced up to see my first VAUX'S SWIFTS of the spring overhead.  And yeah, taking pictures of swifts on a cloudy day isn't likely to boost anyone's confidence: 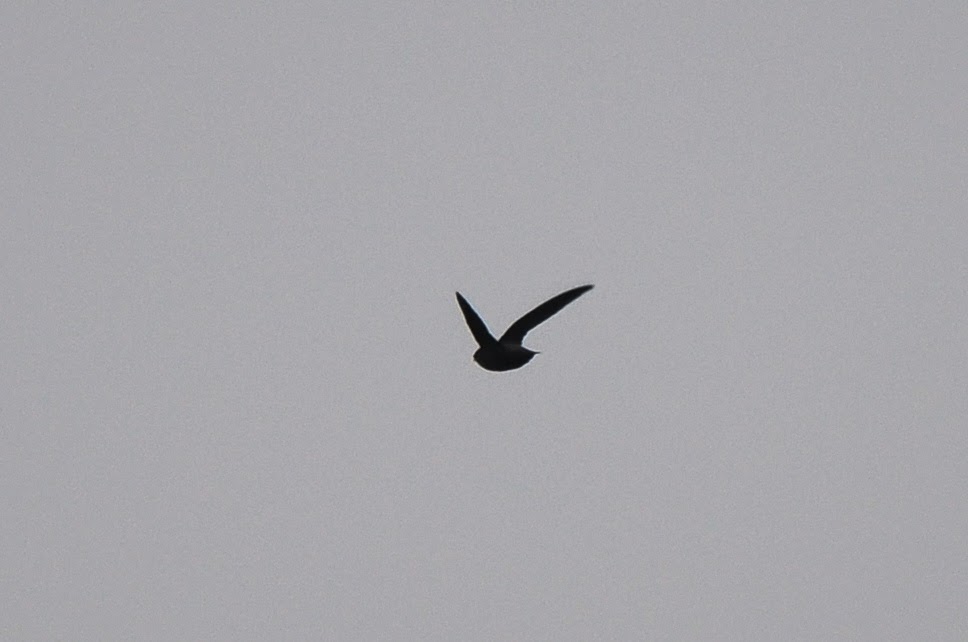 A silent PACIFIC-SLOPE FLYCATCHER was my first for the year.  Getting pics of this bird buried in the slough vegetation wasn't easy either: 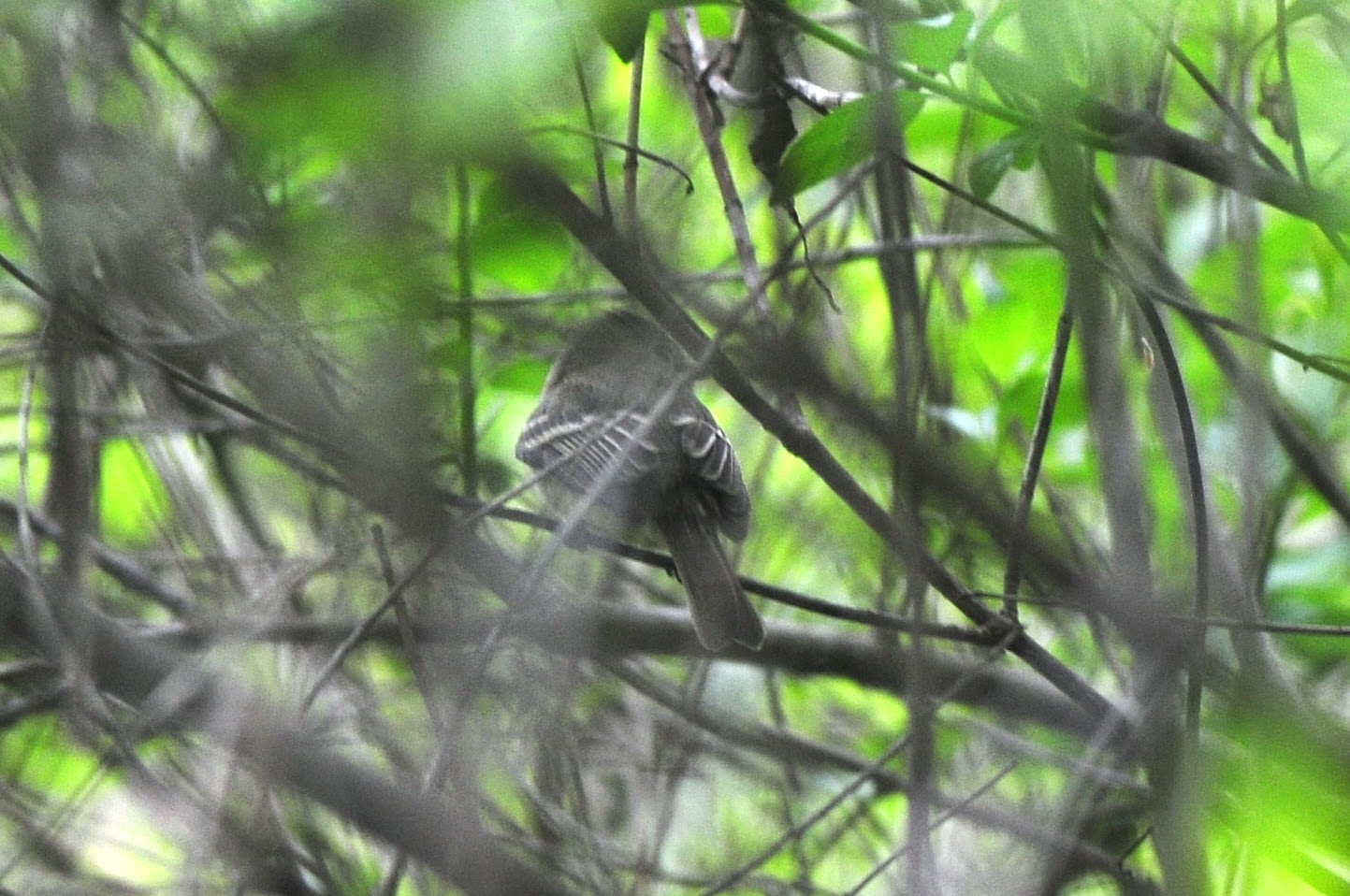 And remember the teal?  The BLUE-WINGED TEAL, that are now flagged, have still been reliable.  Here's a male (left) with two females (right): 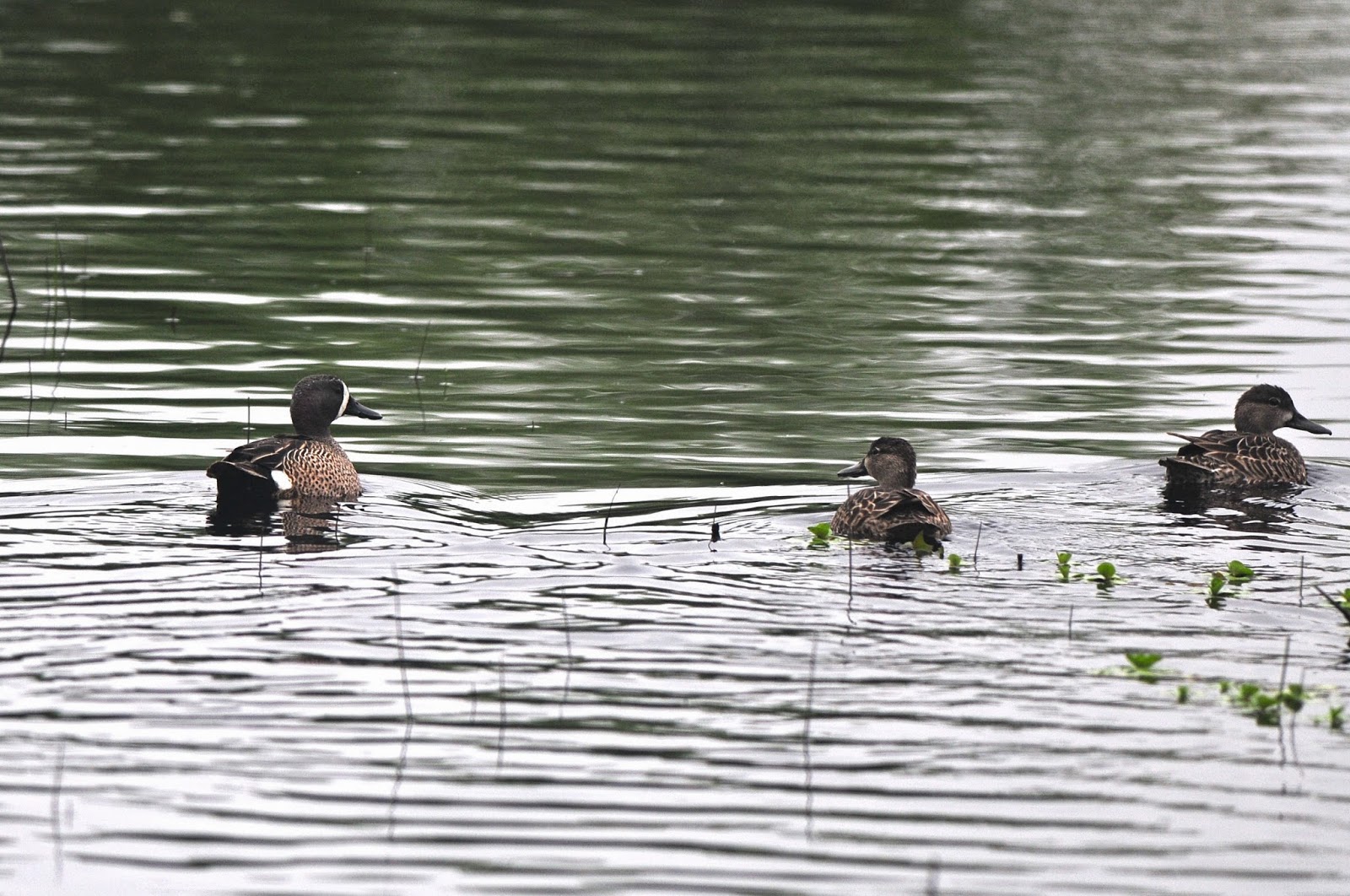 Ash and I went on a year-bird searching spree yesterday.  One main target was tucked away in the lush and exotic vegetation found in some neighborhoods up along the American River.  It's here, amongst the palms, that you might find HOODED ORIOLES.  They're an uncommon breeding species and one we don't see very often down where we live.  A tip from the one-and-only Ed Harper put us in the right place.  Here's a male: 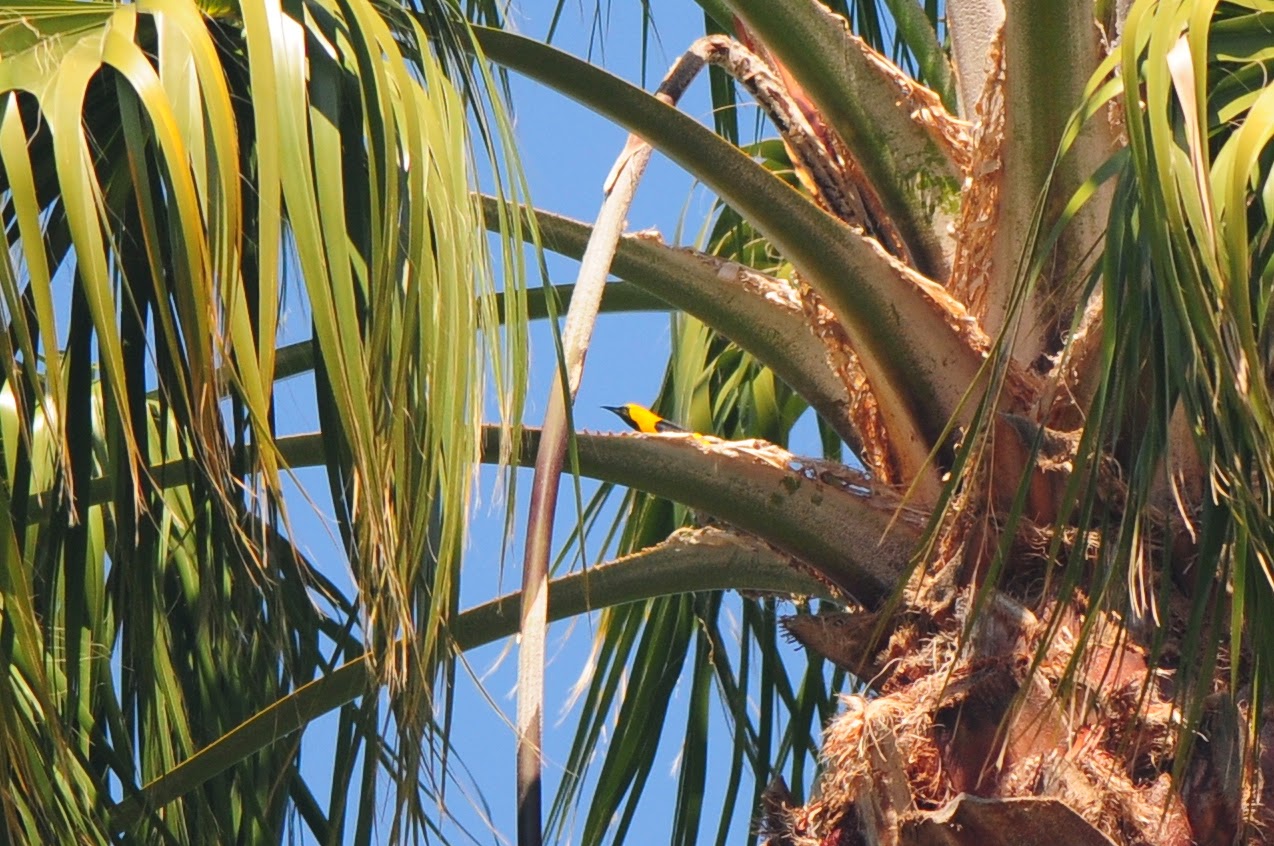 Another target actually required us to be out at last light.  We ventured to the grasslands along Meiss Road (far eastern Sacramento County) to see the reliable LESSER NIGHTHAWKS.  We weren't disappointed; we spotted 3 foraging as soon as we arrived (this is 2.8 miles east of Dillard Road): 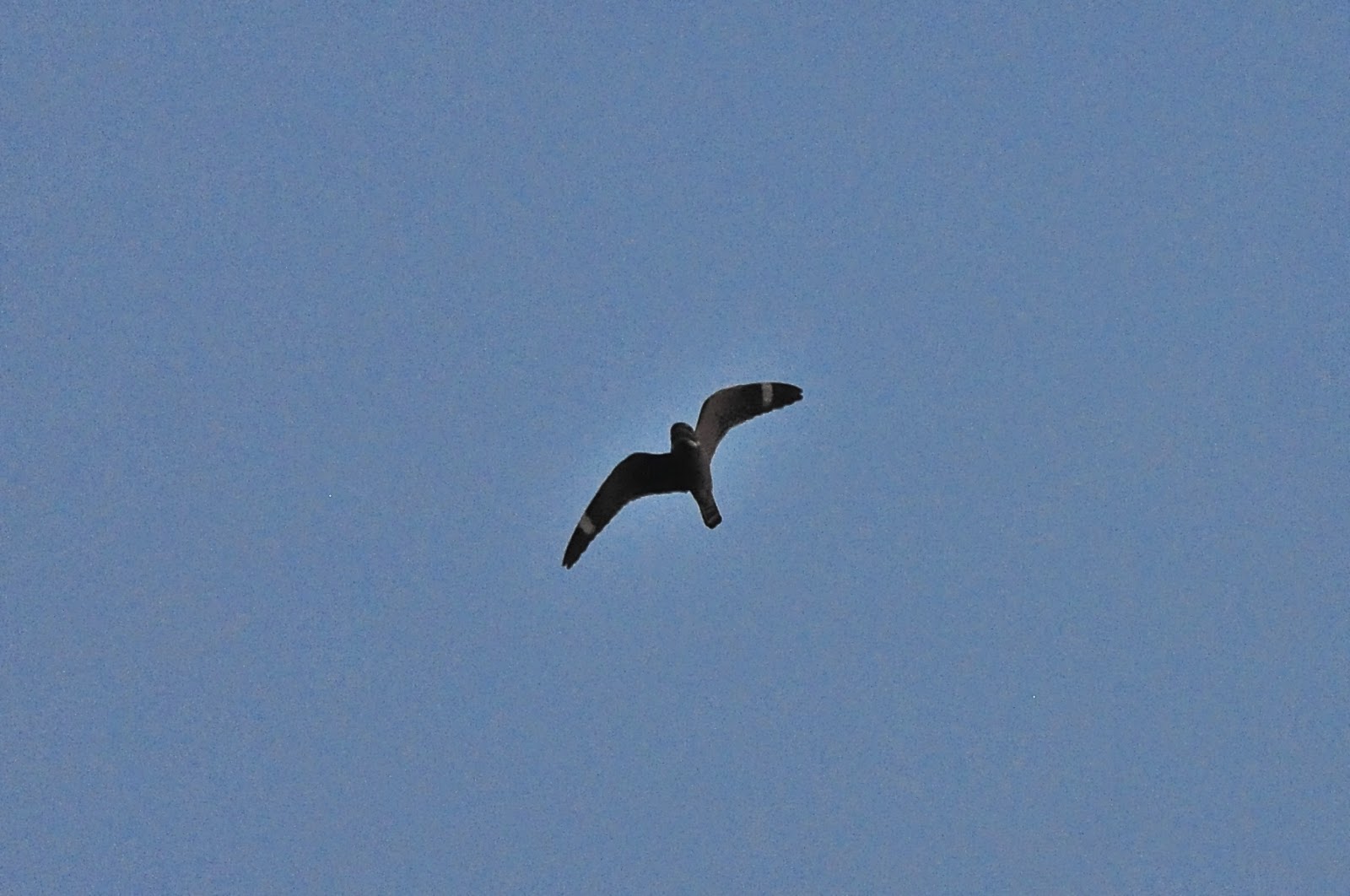 This was many hours before the lunar eclipse started but I took a picture of the moon low on the horizon anyway: 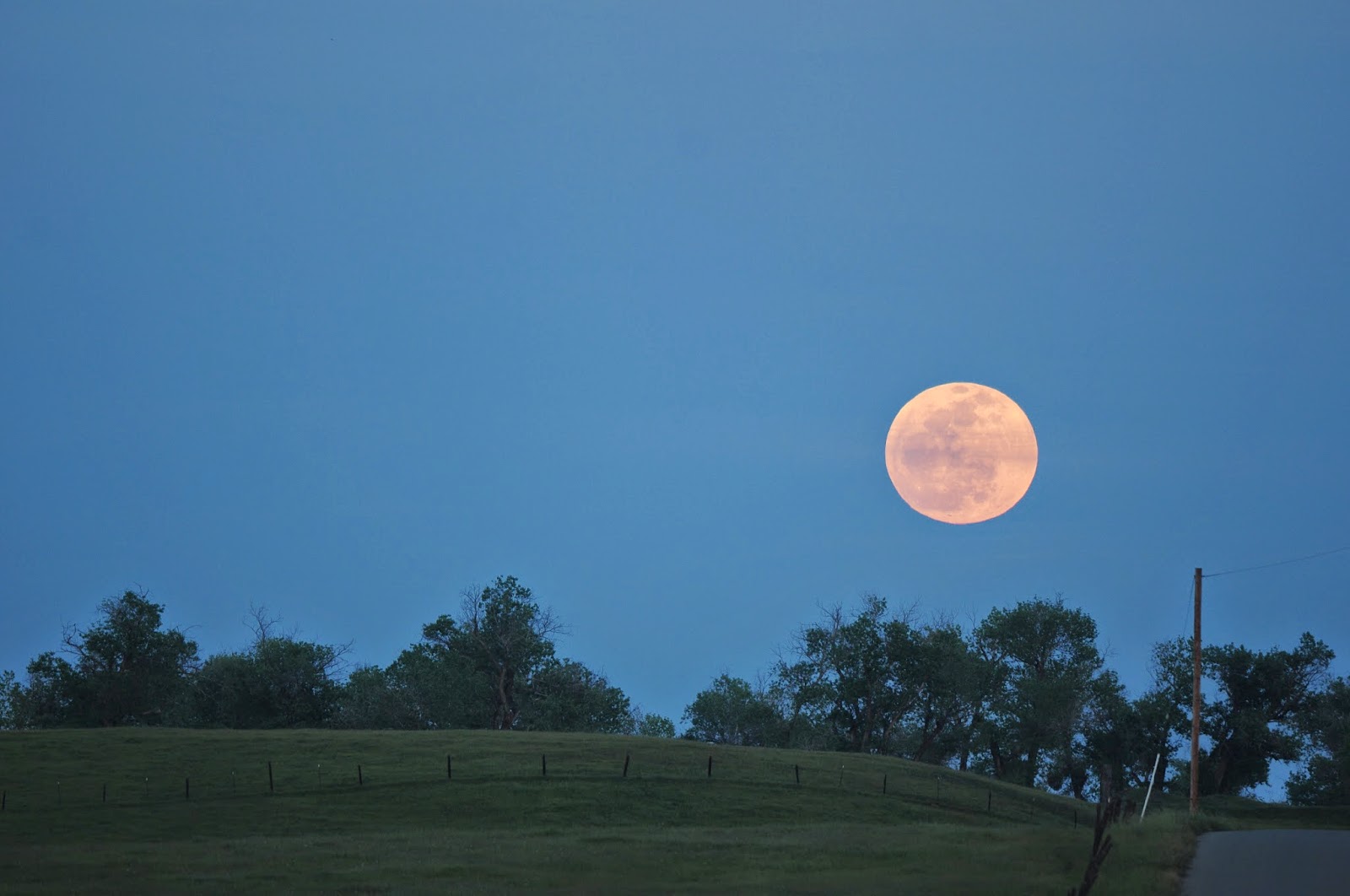 It was getting dark but we weren't finished with our targets yet.  We ventured up the road to Latrobe Road for another target.  We arrived at the spot (0.5 miles east of the intersection with Stonehouse Road) and at 8:10 PM, the COMMON POORWILL started singing.  And although this spot is a reliable place to find this tiny nightjar, it was a new county bird for both of us.

So after this recent bout of birding, my county year list stands at 193.  Recent additions include:

There are still some targets that have been reported that I lack.  High on my list include: