The great and unusual September tie

With the calendar switching to September, Ashley and I have been reminded how we've been on St. Paul Island for 3+ months.  All of June, July, and now August have passed us by and now the idea of leaving next month is beginning to settle in.

Seeing that, I was curious what species I saw in the first 3.5 months of last season that I've missed so far this year.  A check of eBird and here we go:

Of course, there are several species on that list that I'll definitely see in the next 1.5 months so... I guess we'll just wait to see where we stand after it's all over.  Forty-six days and counting....

At this point in the season, we still have a mix of shorebirds although, believe it or not, the highest diversity may have already passed us by.  That seemed quick!  However, the LONG-BILLED DOWITCHERS have finally arrived after being kinda slow to get here.  Here's one that decided to do a face-plant right in the water (or something like that): 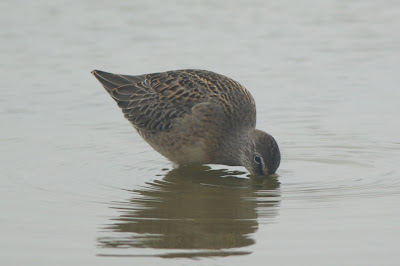 We still have had a few WOOD SANDPIPERS (Code 2) around as well which is almost getting on the late side for them.  Here's a particularly thick-billed one that hung out on Antone Lake for a while: 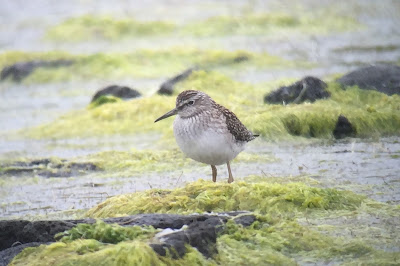 After an annoying and unusual 2-week absence, we finally found some more GRAY-TAILED TATTLERS yesterday (Code 3).  Here's a juvenile at Marunich showing the nice gray supercilium stretching behind the eye: 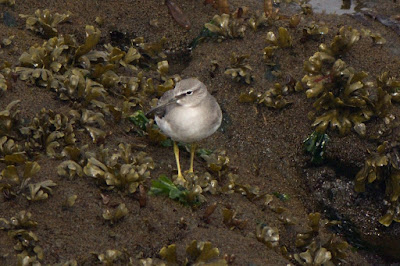 It's also worth mentioning that Alison, one of the other guides, found a COMMON RINGED PLOVER the other day (Code 2).  It's a nice bird for St. Paul Island but so far it looks to be a one-day-wonder.

Another good bird was found by Scott; a MEW GULL on Antone Lake.

At this point in the season we commence the dreaded celery stomping to look for skulking rarities.  I say "dreaded" because some visitors aren't too keen to flail around in the thick, waist-high veg.  That's ok though, we're happy to stomp for you!  Those that do join us, however, can sometimes be rewarded with stellar rarities.  Ok, but so far, LAPLAND LONGSPURS remain the most common species we flush from celery patches: 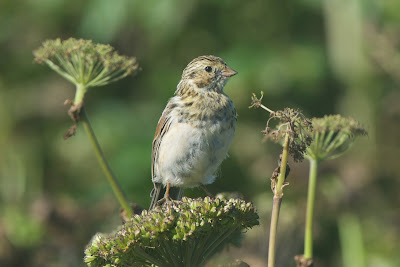 However, we've seen some interesting species in celery too like FOX SPARROWS, GOLDEN-CROWNED SPARROWS, SAVANNAH SPARROWS, and this YELLOW WARBLER: 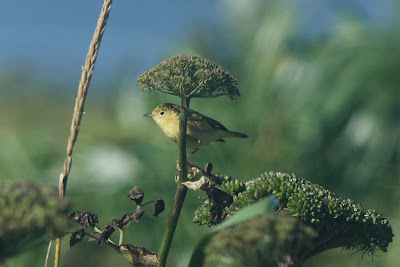 We even flushed this Coast Guard helicopter from Antone Celery (or maybe I got my details mixed up, who knows): 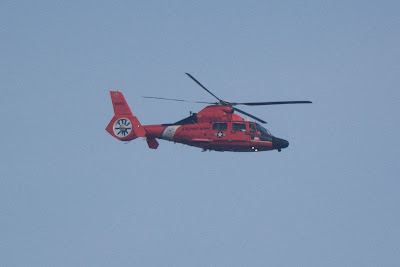