The scoping conditions yesterday morning were absolutely phenomenal.  After David and I realized how calm it was and how good the visibility was, we started just making stops at offshore scoping locations.  Turns out, scoping was rather unproductive; we only tallied 2 YELLOW-BILLED LOONS and we flat out missed any grebes.  But then at Webster Seawatch I caught a glimpse of something wayyyyy out bobbing up and down behind the ripples.  I cranked the scope up to 60x, studied it for a few minutes, and came to the conclusion that was indeed a Brachyramphus murrelet.

Because both Long-billed and Marbled are rare here (4 and 12 records respectively) and Kittlitz's has yet to be reported, we hoofed it south along the beach for at least a half a mile in order to get closer to the bird: 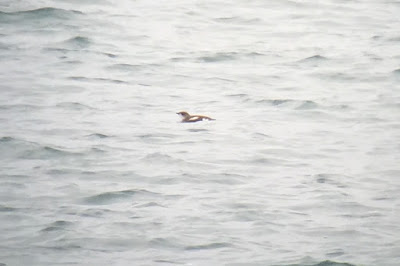 Although the ID wasn't immediately clear, it WAS clear that you could see a bill on it.  Here's a few more pictures: 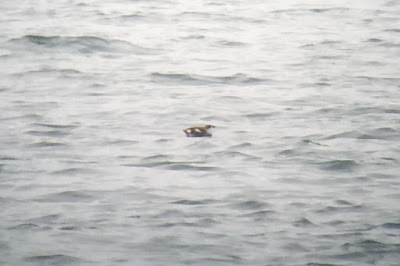 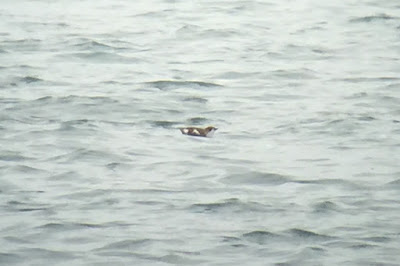 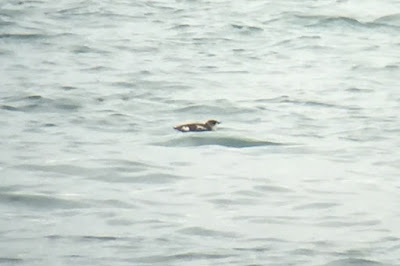 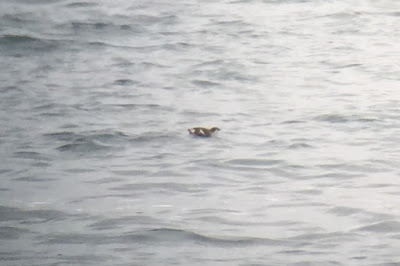 I eventually and tentatively settled on this being a MARBLED MURRELET (although there is some debate on this now).  Of course, for illustration purposes, what if the only photo I had of the bird was this one? 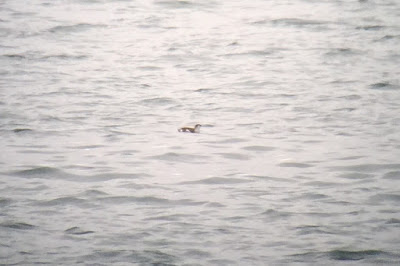 From this angle, it kind of looks like a Kittlitz's, right?  Sometimes trying to ID something from one photo can lead you very astray!  I think all the previous photos showing the bill in every one of them is enough to show that this isn't a KIMU though.  But what about Long-billed?

Zap Beach remains full of gulls and seals these days.  Here's a tagged NORTHERN FUR SEAL, one of just a couple I've noticed: 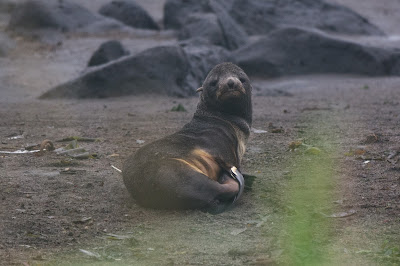 We're seeing more AMERICAN PIPITS around lately including this one along Antone Wall: 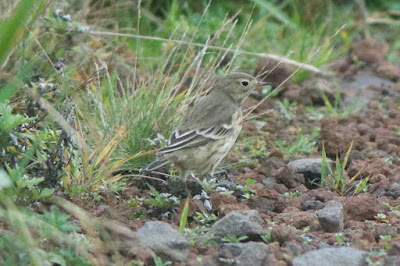