March to Sherman by the Sea

Believe it or not, I don't intend on writing only one post per week, that's just what happens.  In the past, like when I was on St. Paul, I've updated the blog much more frequently but then again, much more was happening then.

Making news here, Sacramento was finally on the receiving end of quite a bit of rain in the past week or so.  It's been so dry here the last couple of years that any and all rain is welcome.  This ANNA'S HUMMINGBIRD seemed to be welcoming the rain too; it sat on the railing of our patio and just frolicked around, bathing: 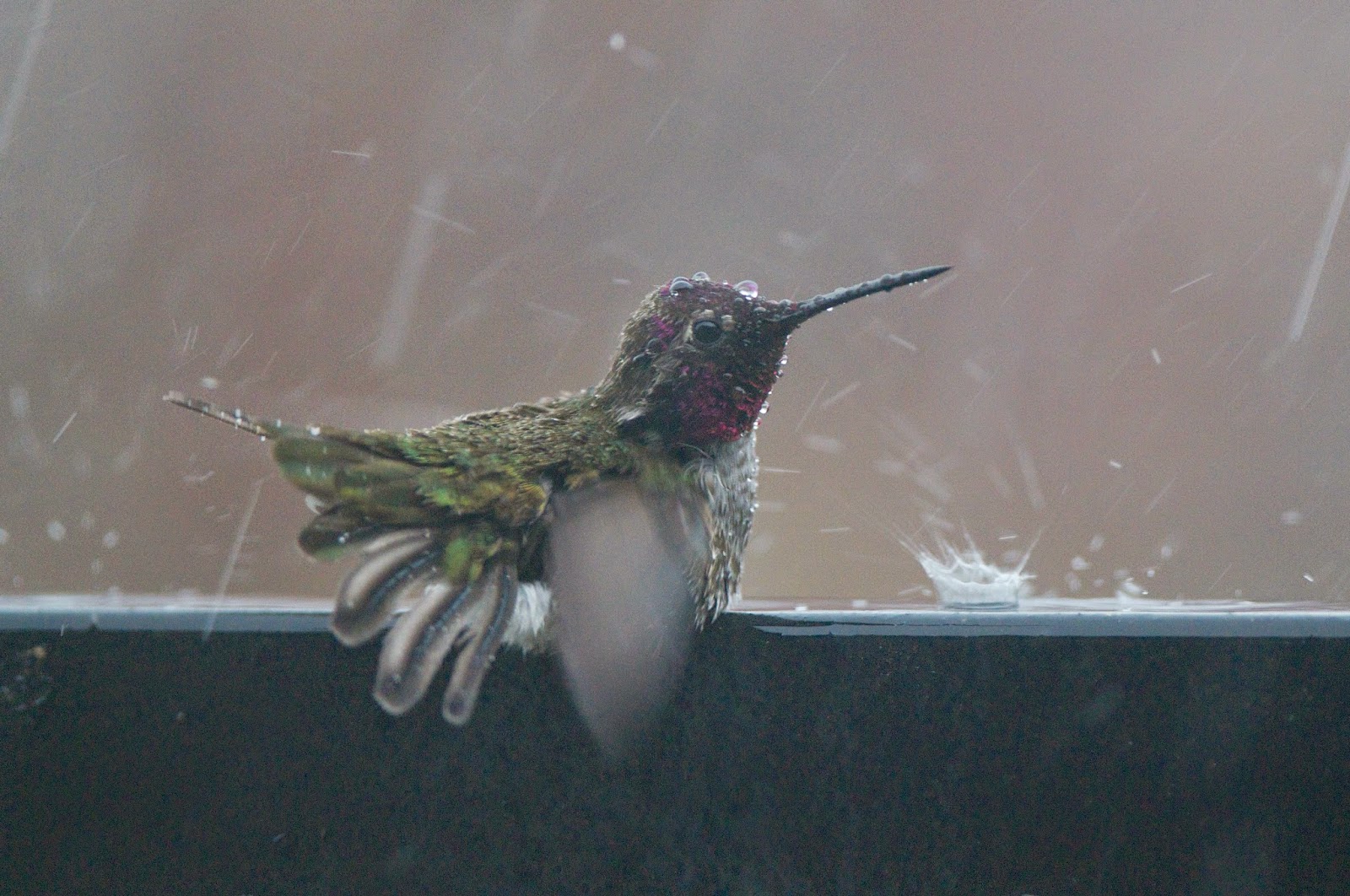 Once in a while, he would dip down and run his head through the water on the railing: 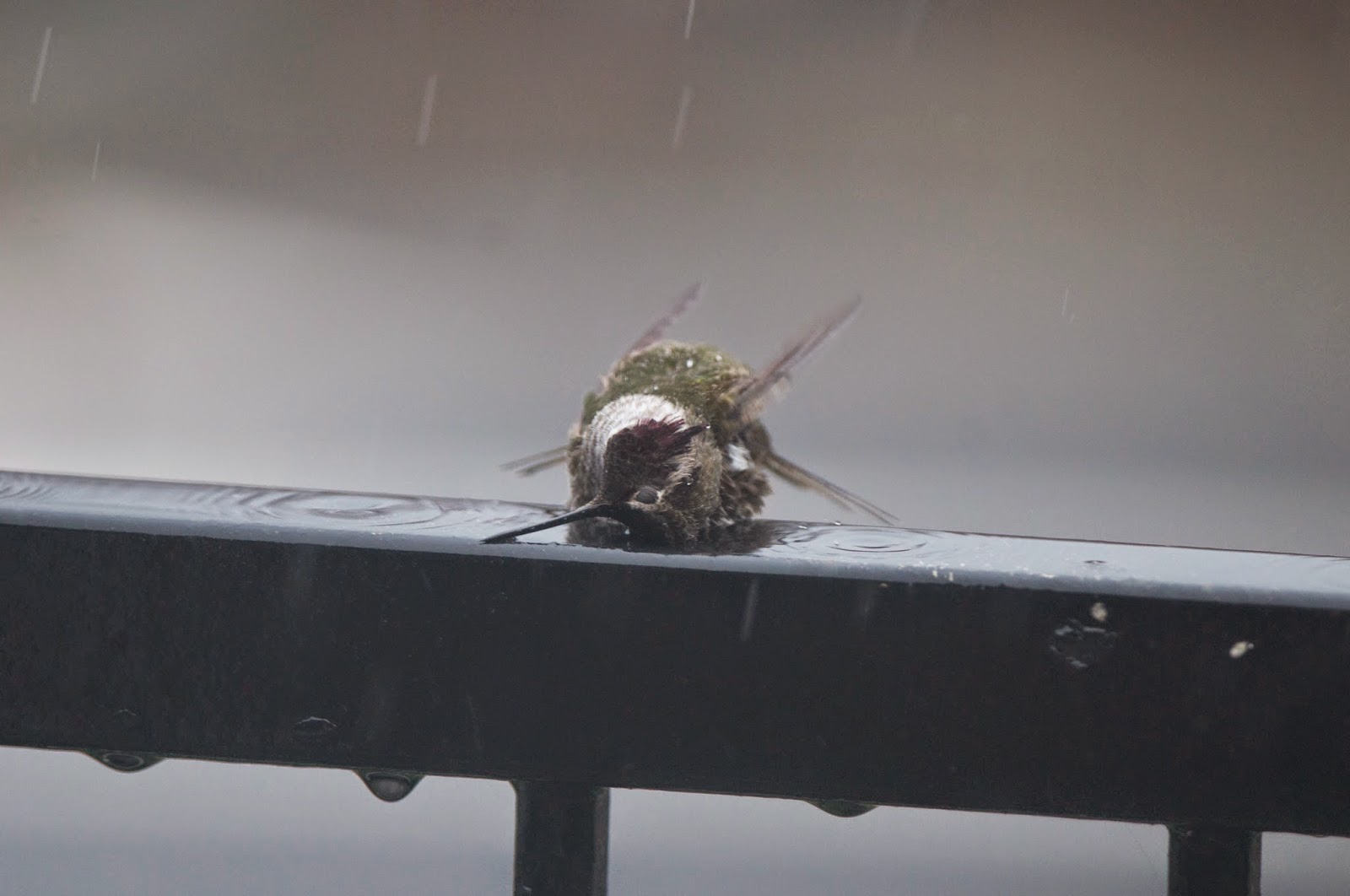 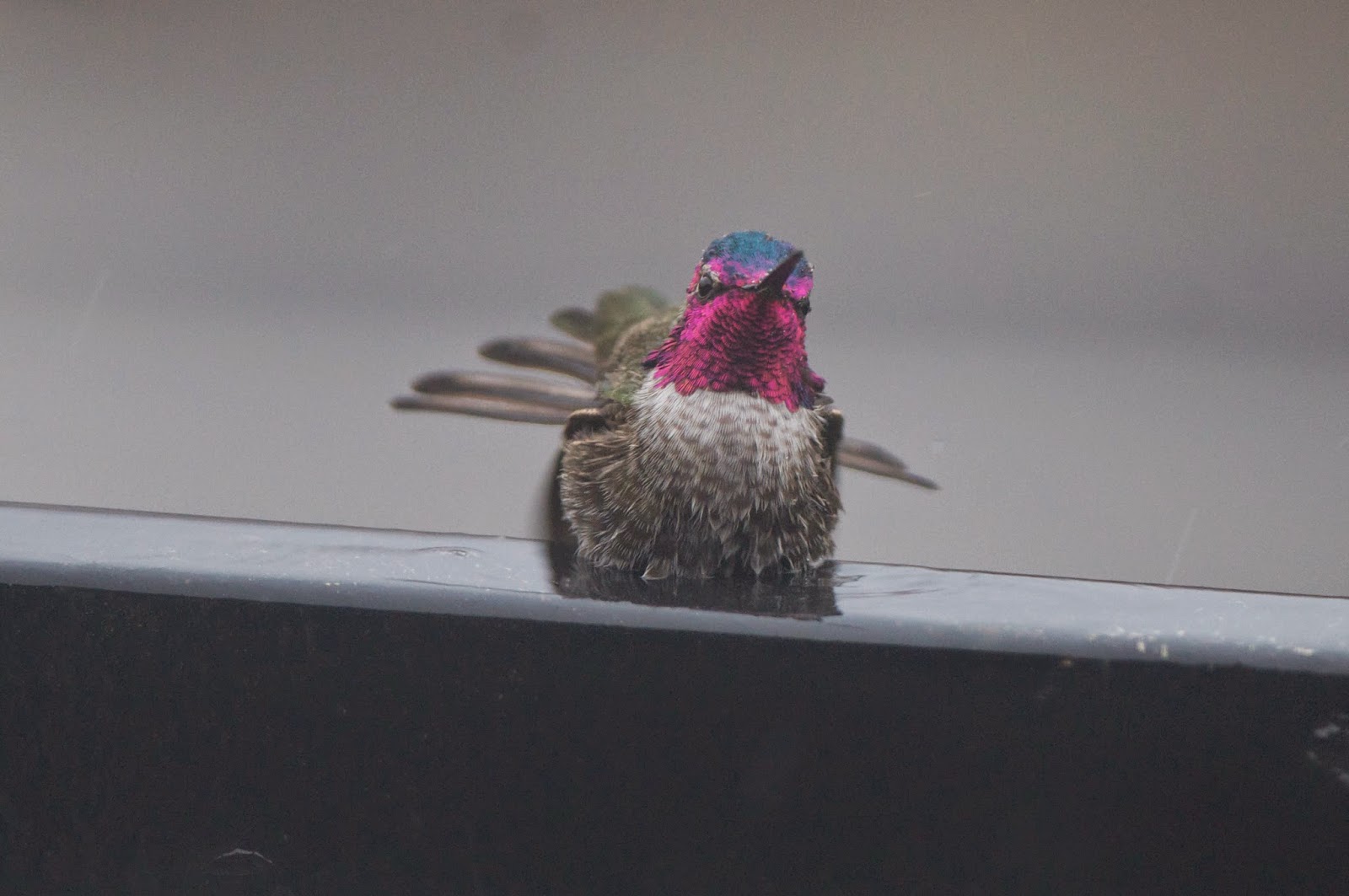 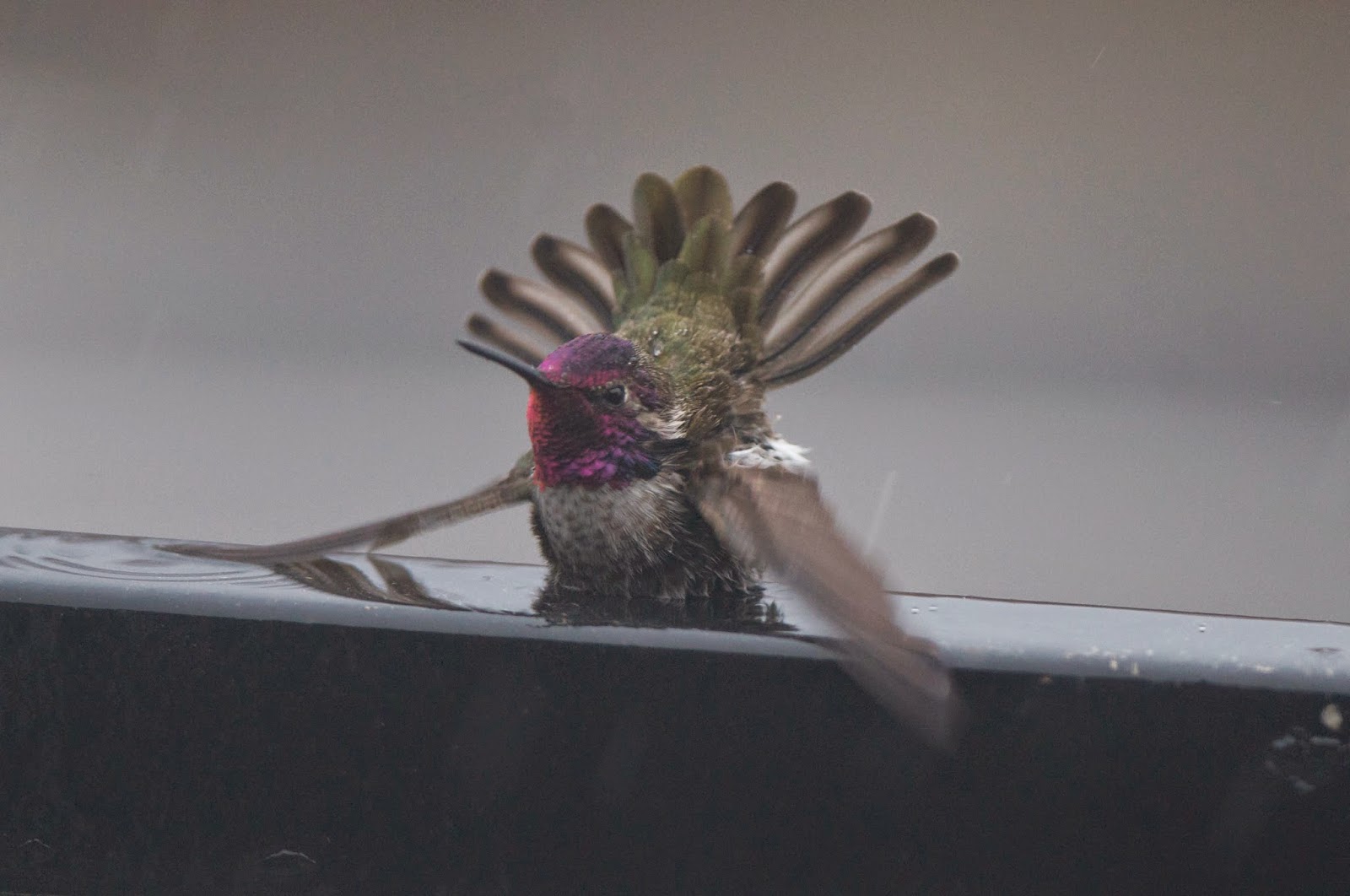 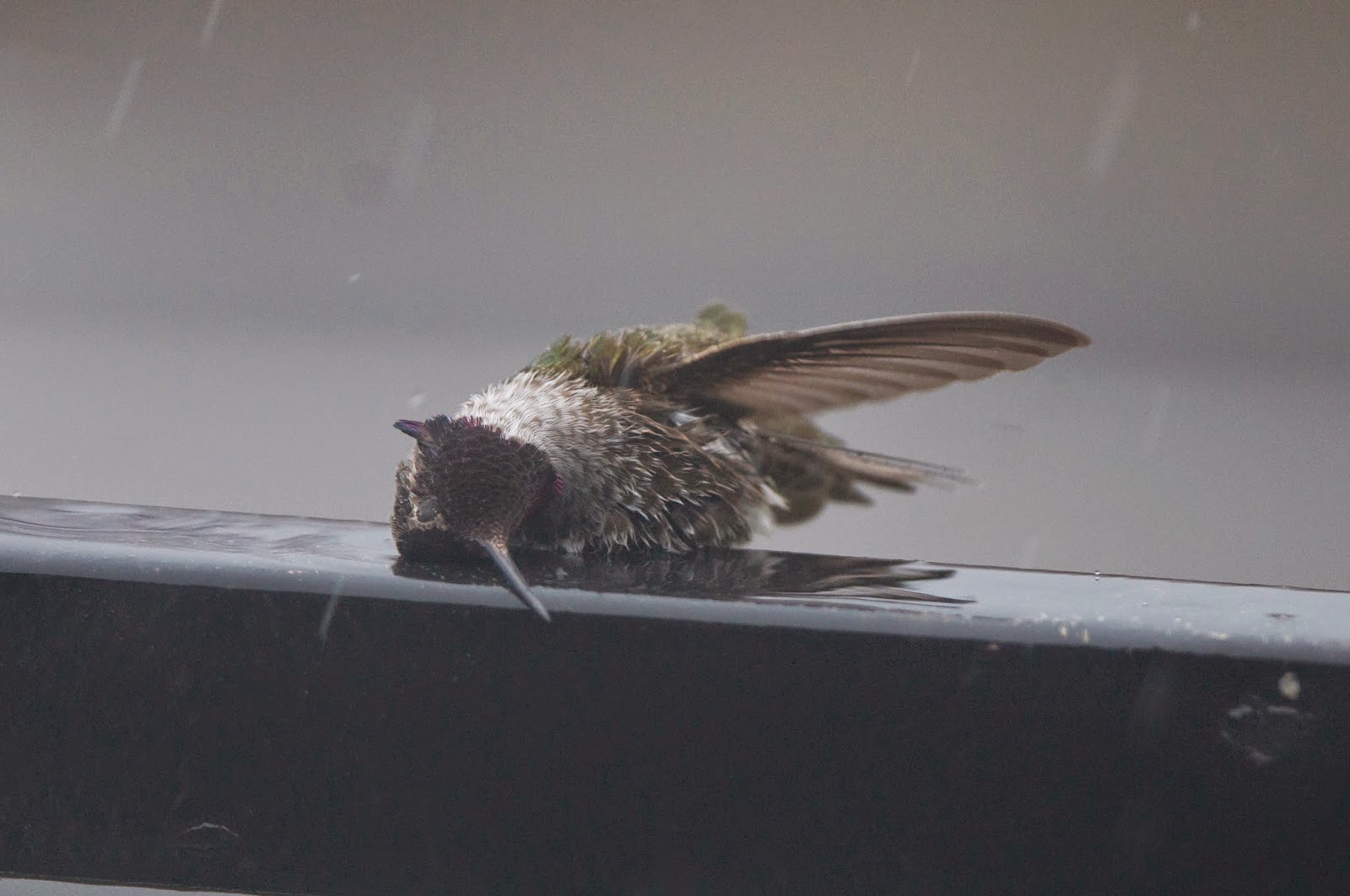 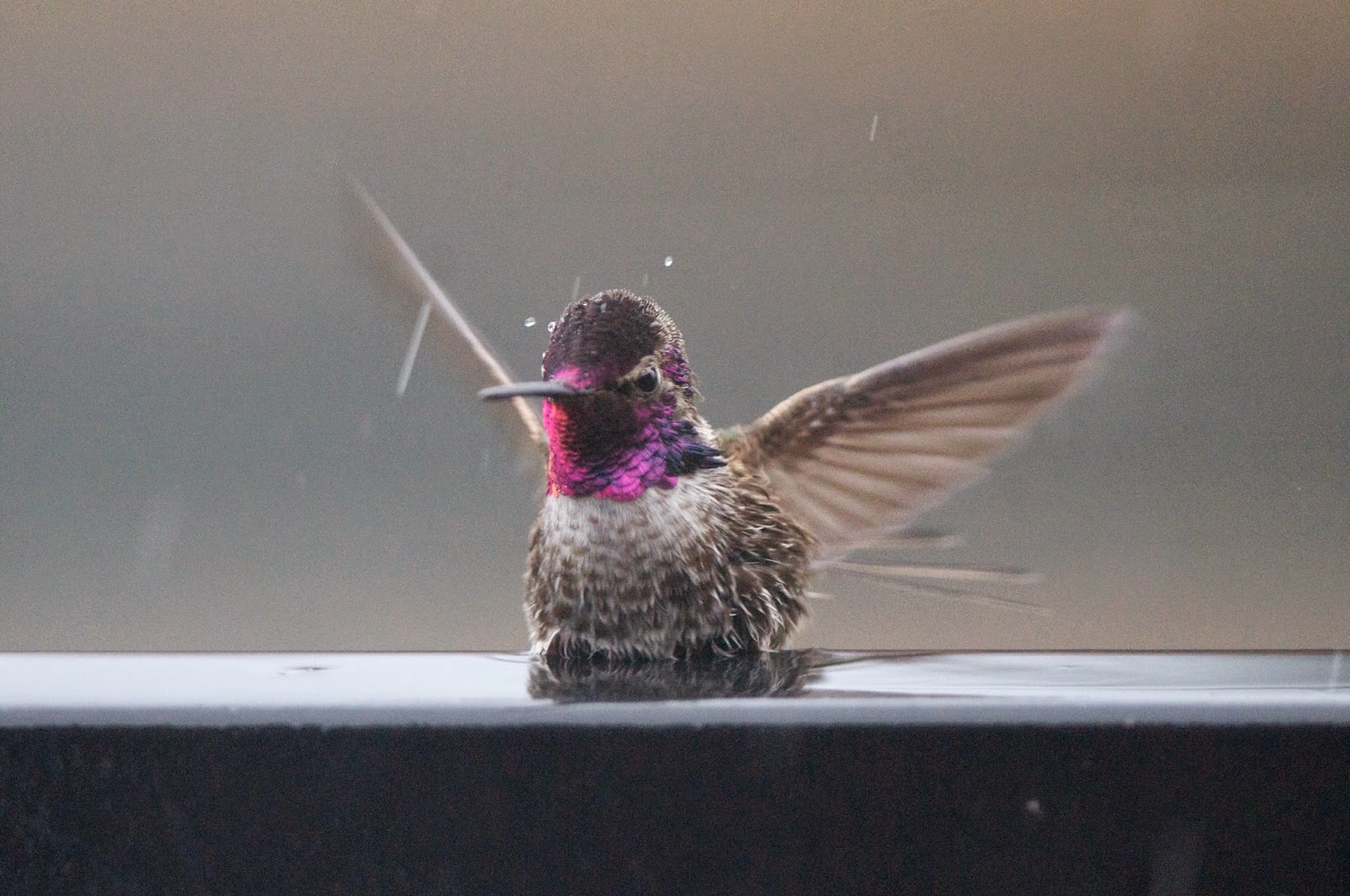 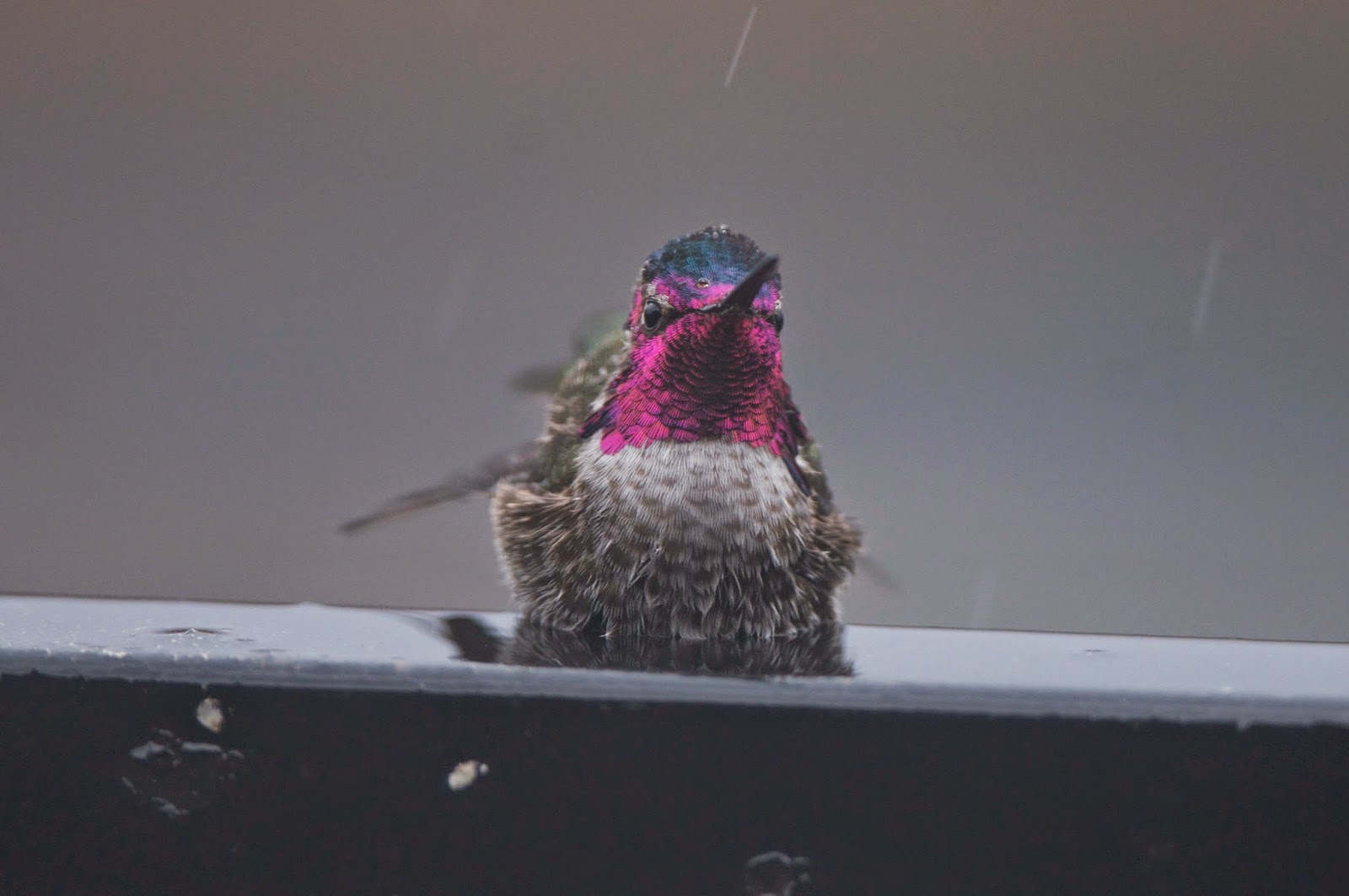 After the rain abated, the hummer dried off, and the clouds moved east, a stellar double rainbow settled in overhead.  "What does it meeeaann???" 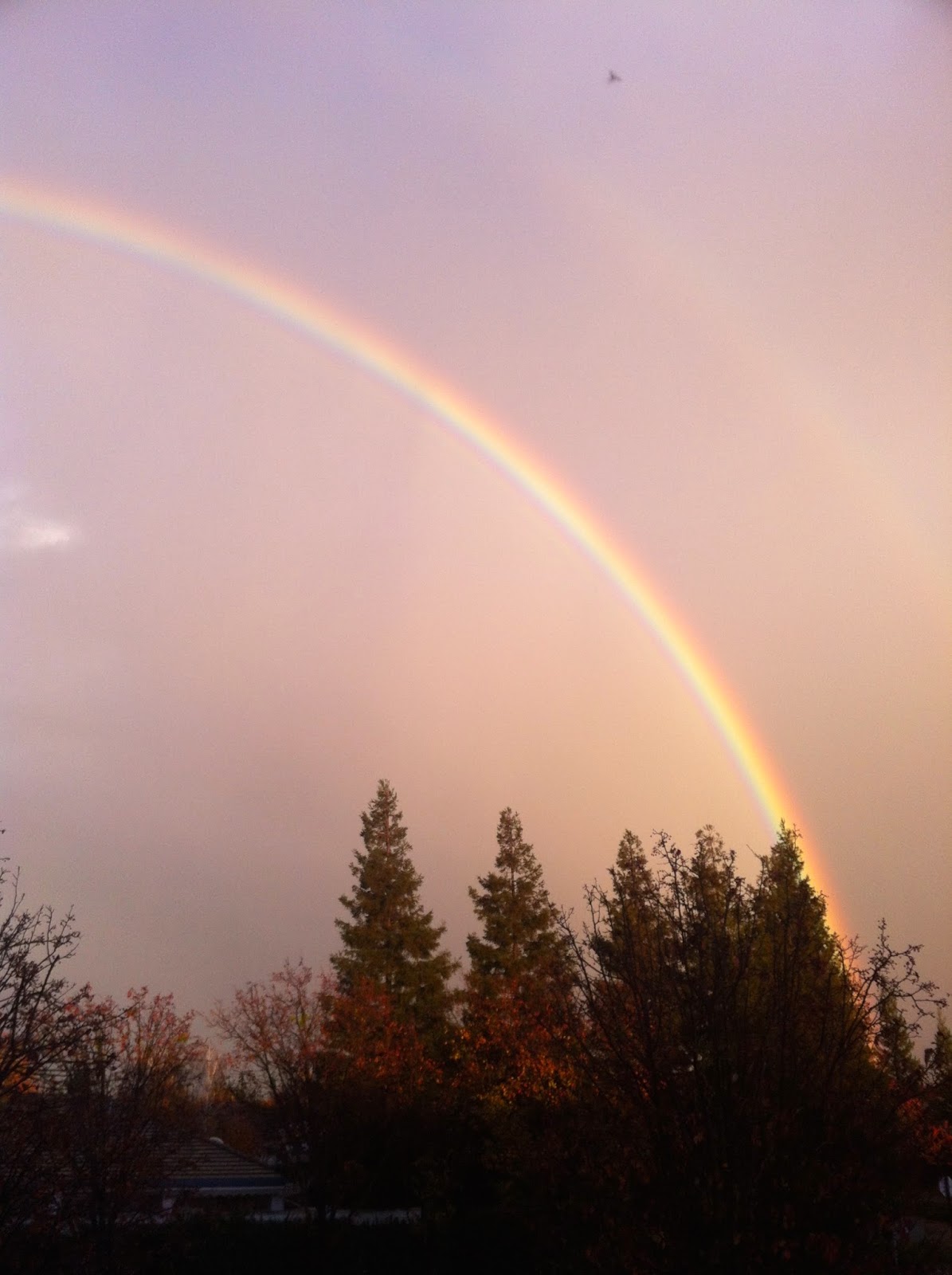 Switching gears, I recently ventured down to Sherman Island in the extreme SW tip of Sacramento County.  It's a surprisingly long way from here, about an hour drive but once you get there, you're in a pretty unique part of the county.  You see, that tip of the county is the closest to the bay area and several unique species are seen in the large inlets and rivers connecting to the bay.  For example, I came across a couple of WESTERN GULLS, a coastal species that is flagged in Sacramento County.  However, this tip of the county is quite reliable for them.  I also scoped dozens of Aythya, a genus of diving duck.  I ended with more than 30 GREATER SCAUP which, like the gull, is flagged but is reliable in this tiny corner of the county.

They also have an endemic and demonic race of RED-TAILED HAWK living there: 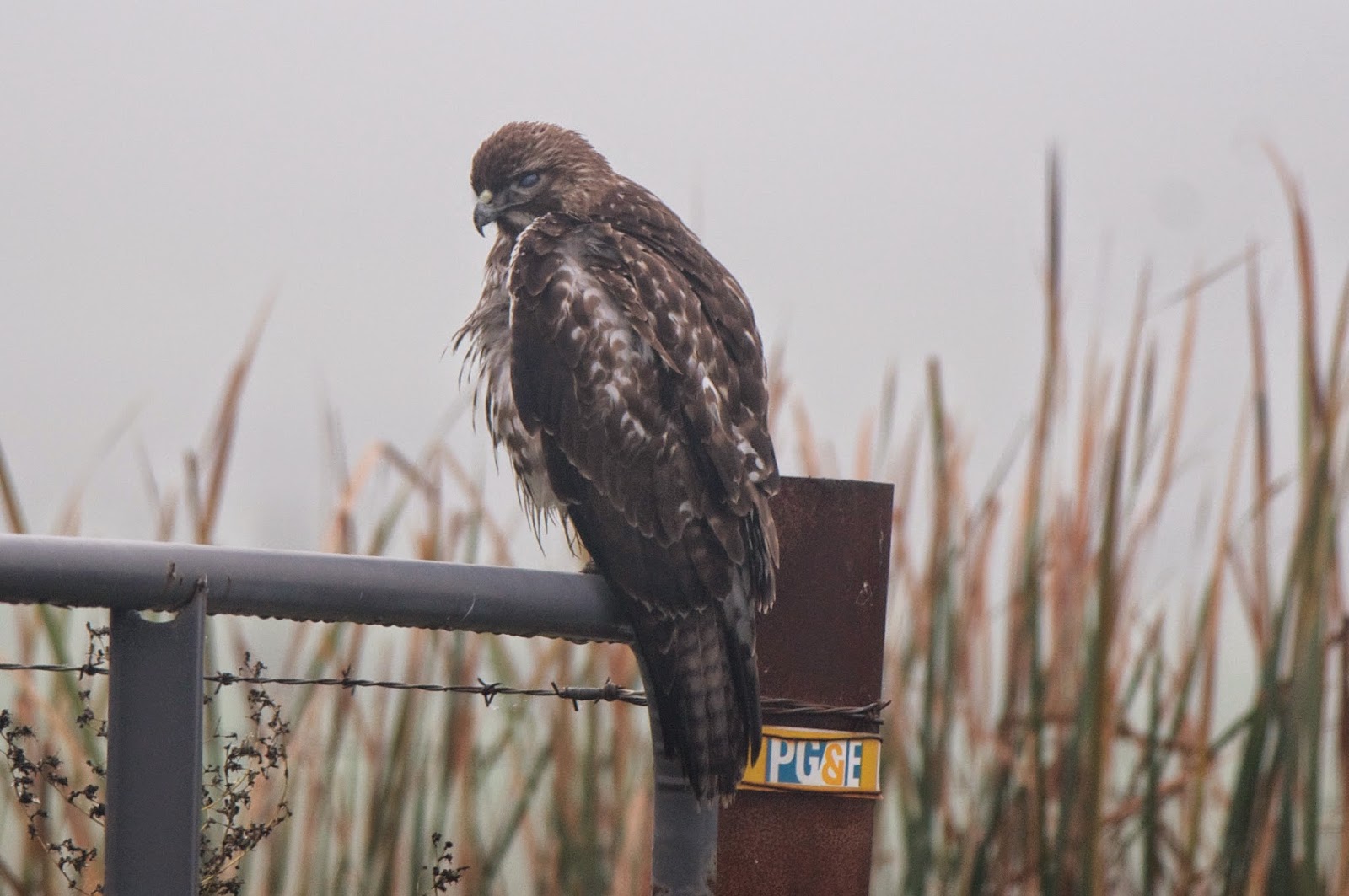 Or not.  You're just seeing the nictitating membrane of the eye in the above picture.  Below, it looks a little bit more fit for earth: 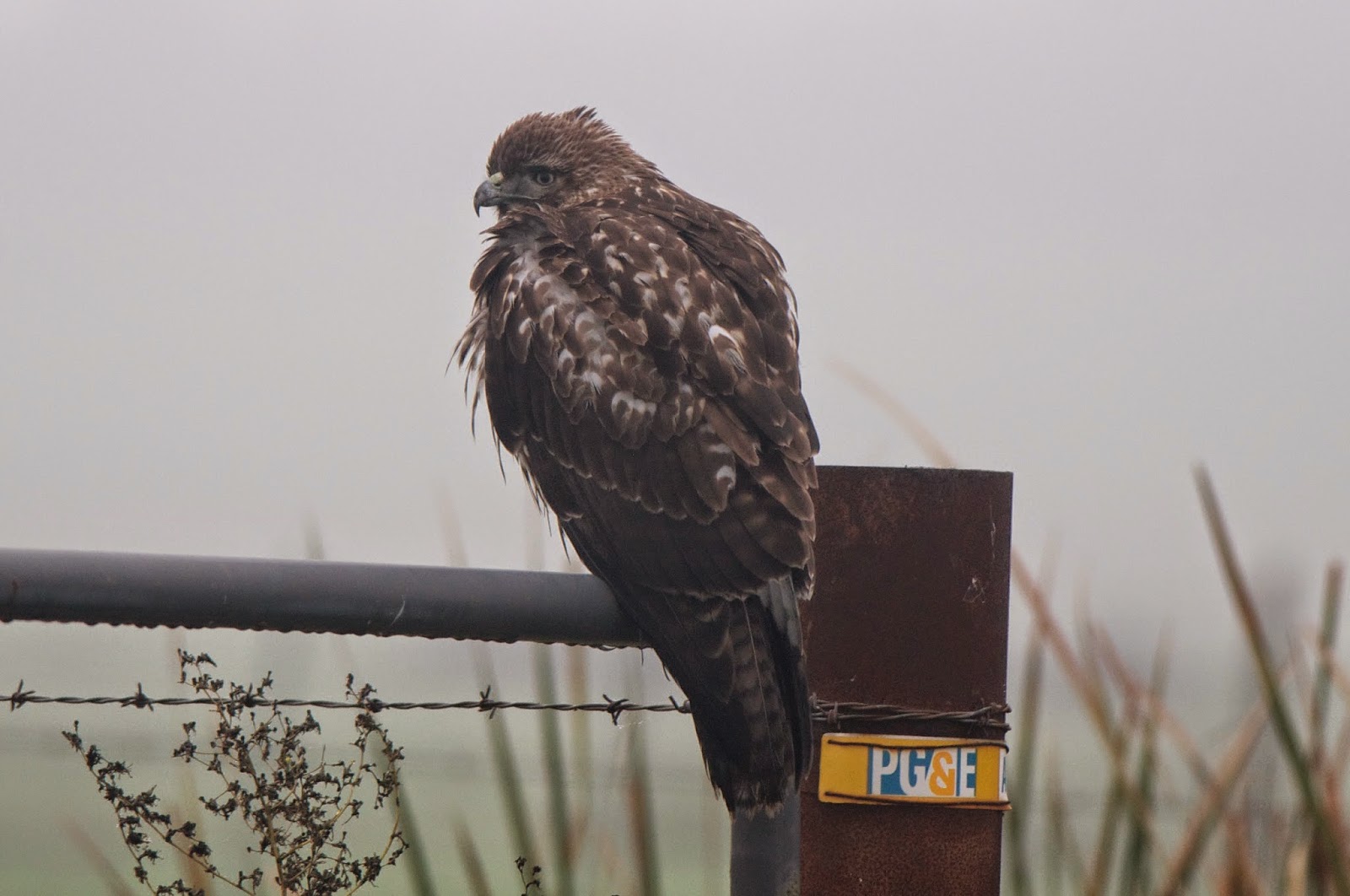 I will say that I was rather startled to be scoping ducks just to have THIS thing plow into view! 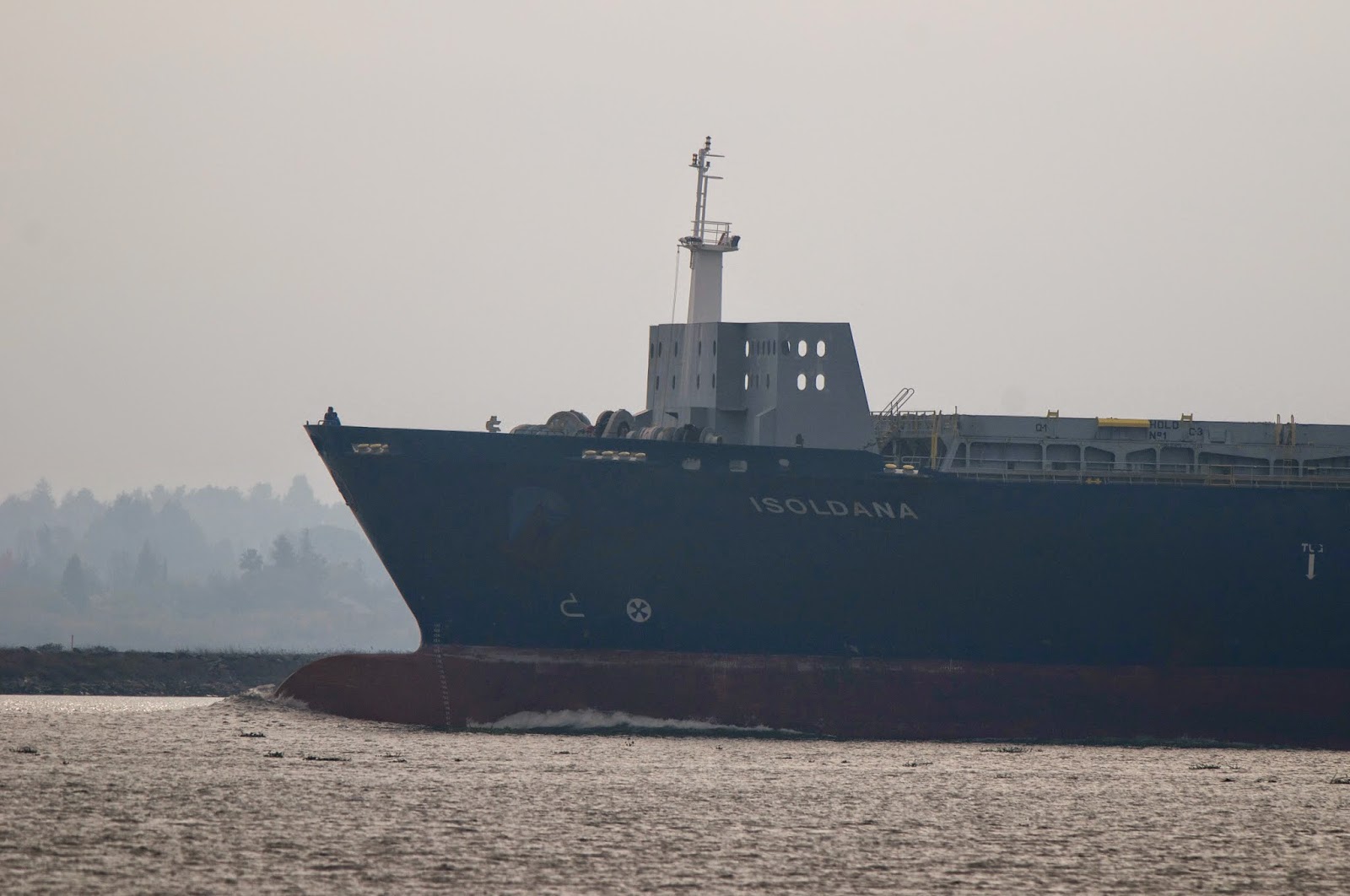 This is the ISOLDANA (flag currently Singapore).  You see, as surprising as it is, there is a shipping port in Stockton (yes, in the Central Valley).  I later looked this vessel up online and saw that it was indeed headed for Stockton.  You can see how high it's riding in the water; just a reminder that it probably was mostly empty and scheduled to pick up a full load in Stockton (besides, the Central Valley has a LOT to export, after all).

In the end, I tallied close to 80 species down on Sherman Island, a good haul for a quick 3-hr morning.  You can see the final list here.

This weekend, we ventured into Solano County again and stopped at a couple of spots along Putah Creek.  One spot yielded two BLUE-GRAY GNATCATCHERS which were flagged in eBird.  I didn't manage anything stellar but here's proof: 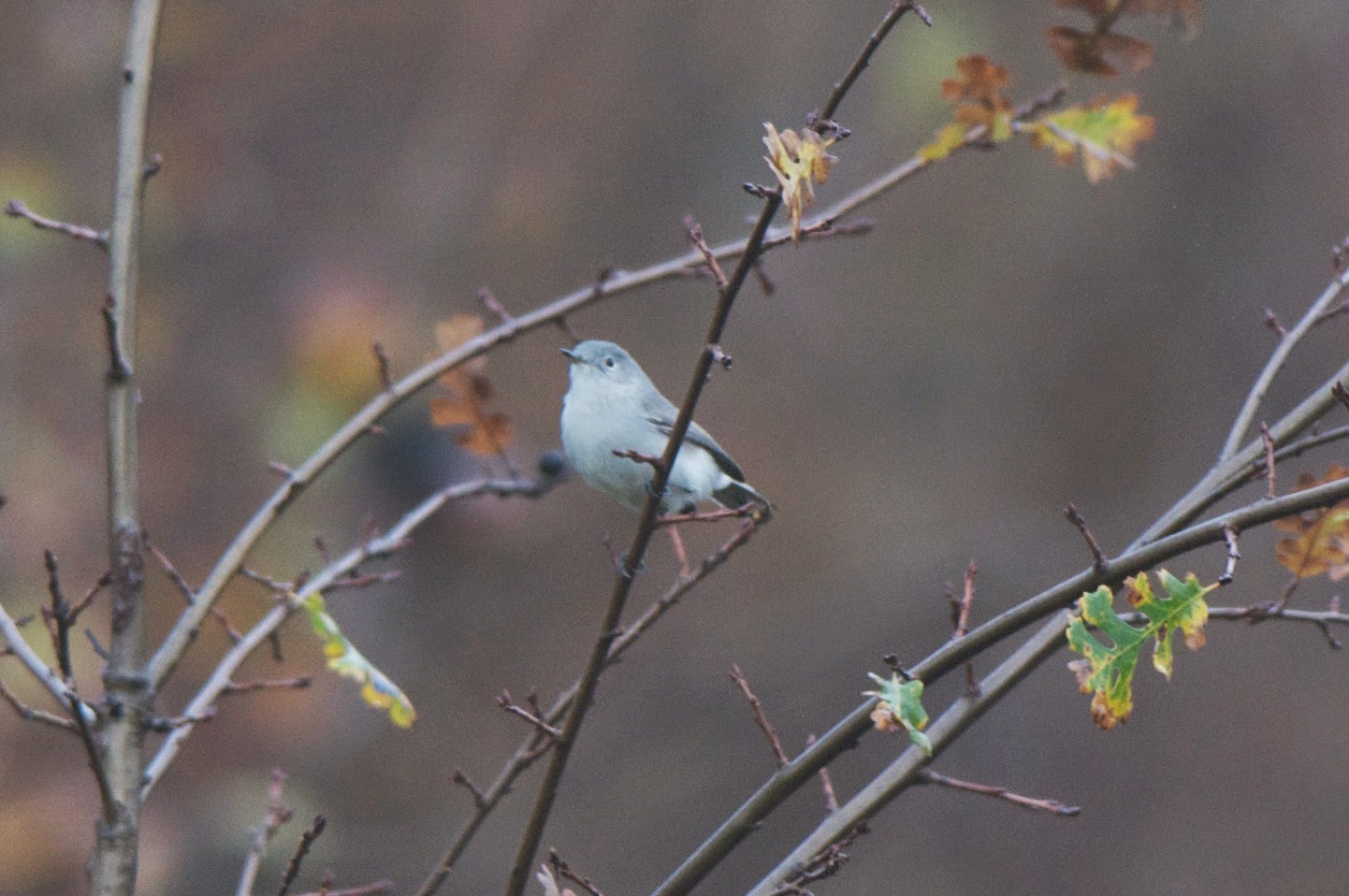 This species is more findable in the summer months here in the Central Valley but still, some tend to stick around.

We spent a couple of hours at Lake Solano County Park.  This was a fairly neat spot and one that we had never been to before.  It's situated in the low foothills on the county line with Yolo County.  It sits at about 150 feet in elevation compared to the 17 ft here at home in Elk Grove.

Once we arrived, it was clear that the invasion of LEWIS'S WOODPECKERS was well underway here too; there were at least a couple of dozen.  Here's a photo of one on a snag: 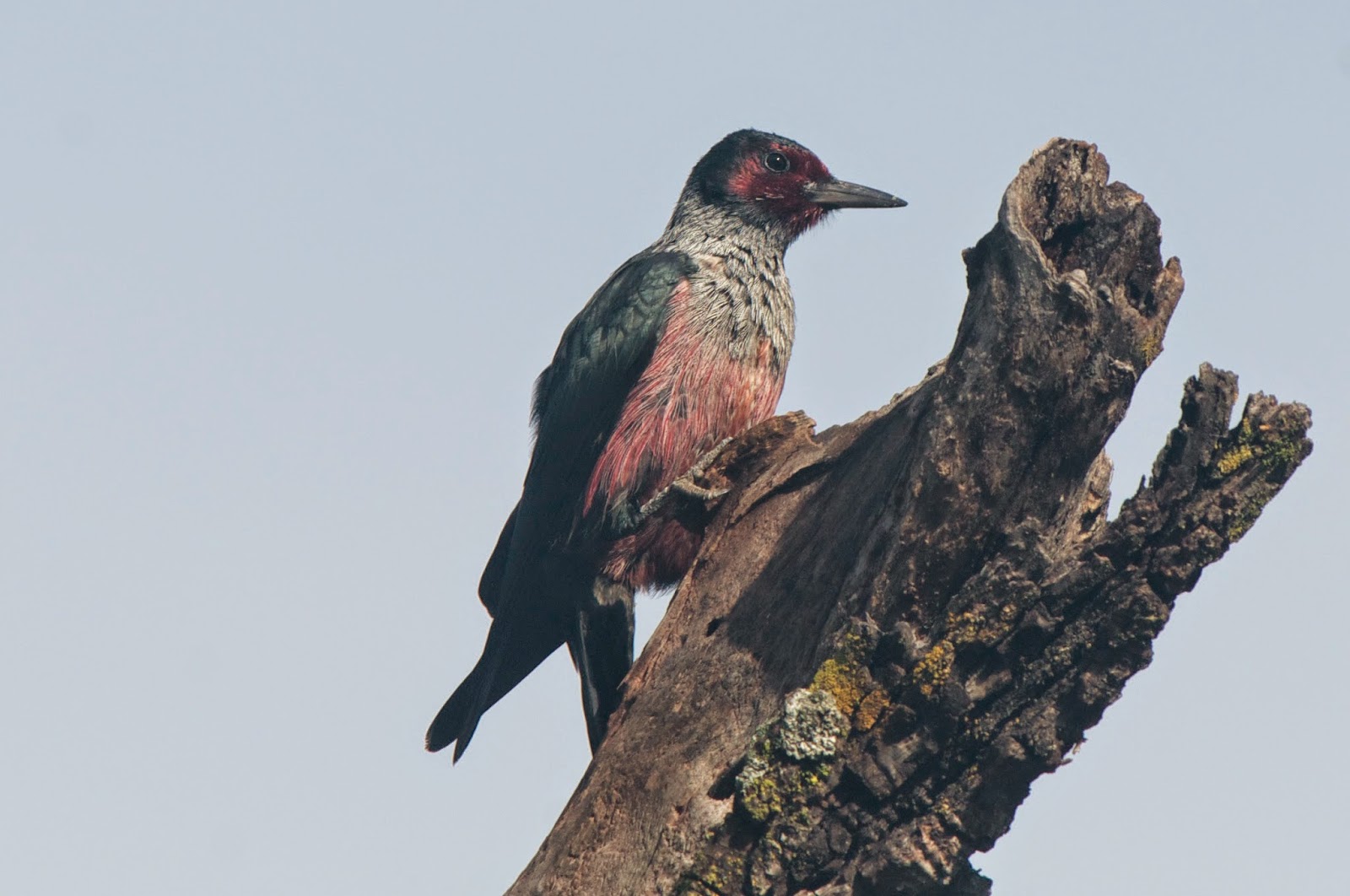 One perk to birding in the foothills here in California is that we have PHAINOPEPLAS year round.  Yes, although you might associate them with desert regions (as I did, for many years), we're lucky to get to hear the inquisitive "querp?" call notes even here in Sacramento County.  Here's a female: 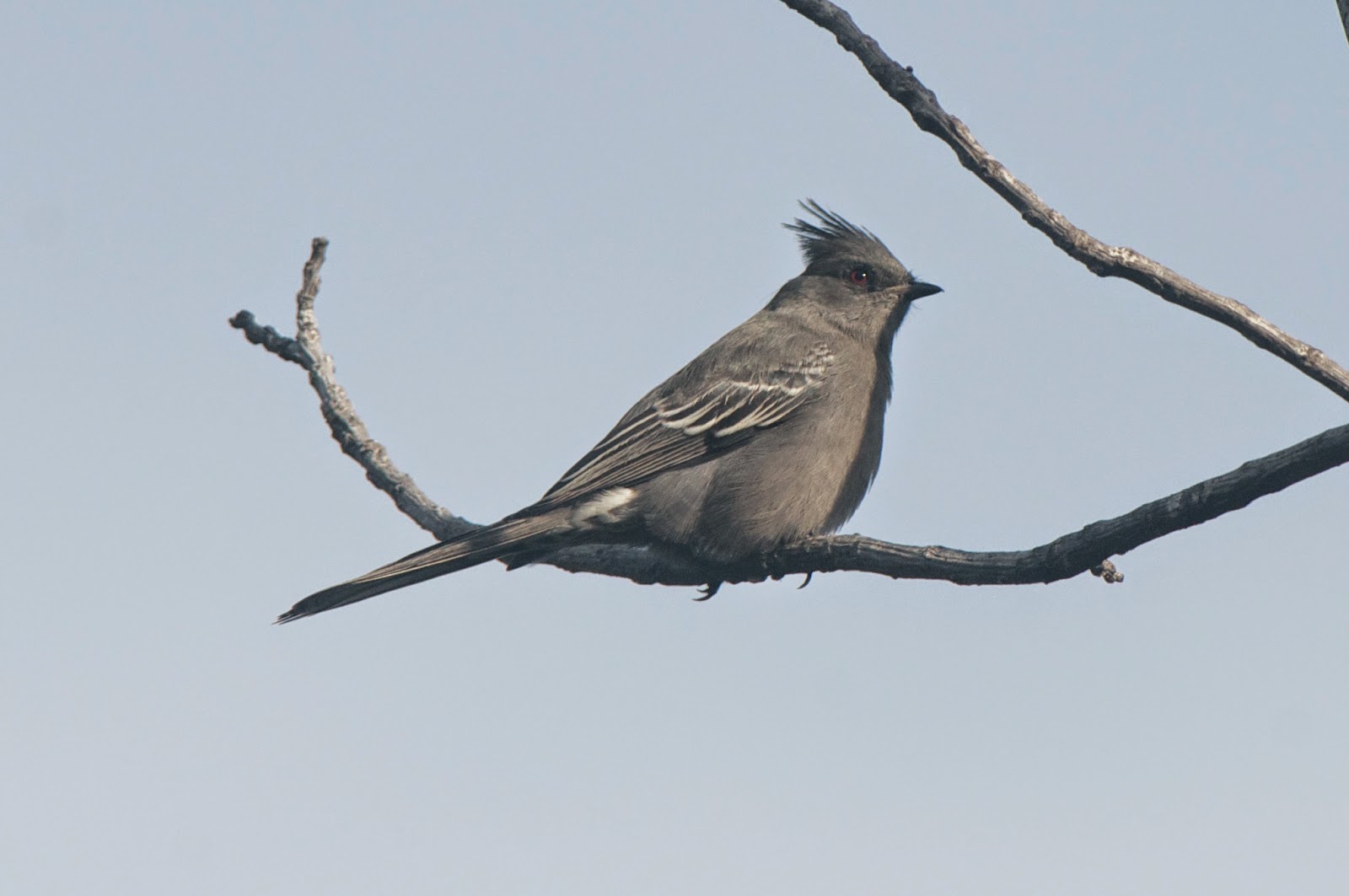 Curious about the name "phainopepla"?  The Greek words phain pepla means "shining robe".  And yes, the male Phainopepla does indeed have a shining black, silky plumage.

There were good numbers of HOODED MERGANSERS on Putah Creek as well.  What's not to like about these stunning birds? 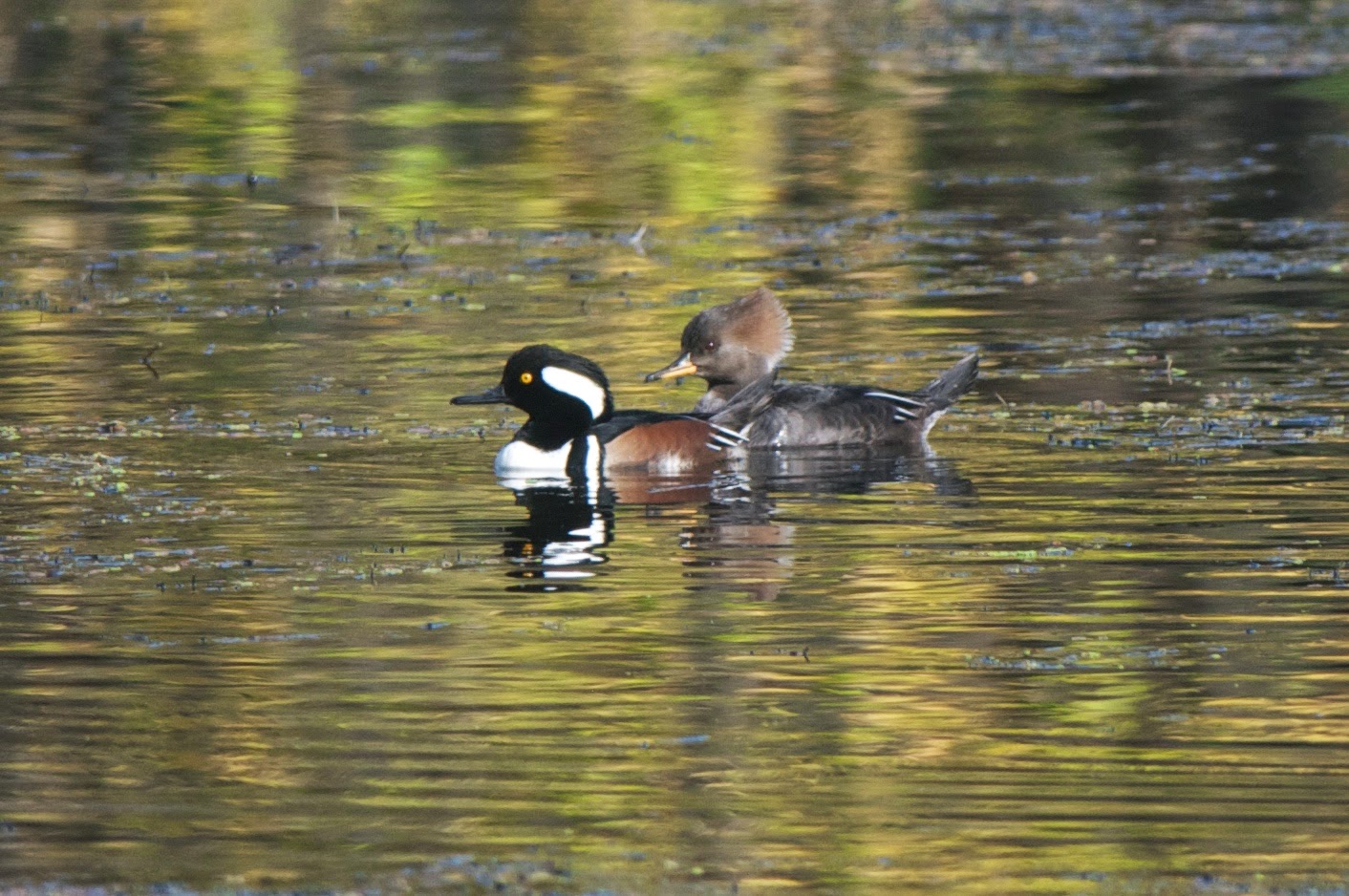 Here's what the low foothills look like at Lake Solano County Park: 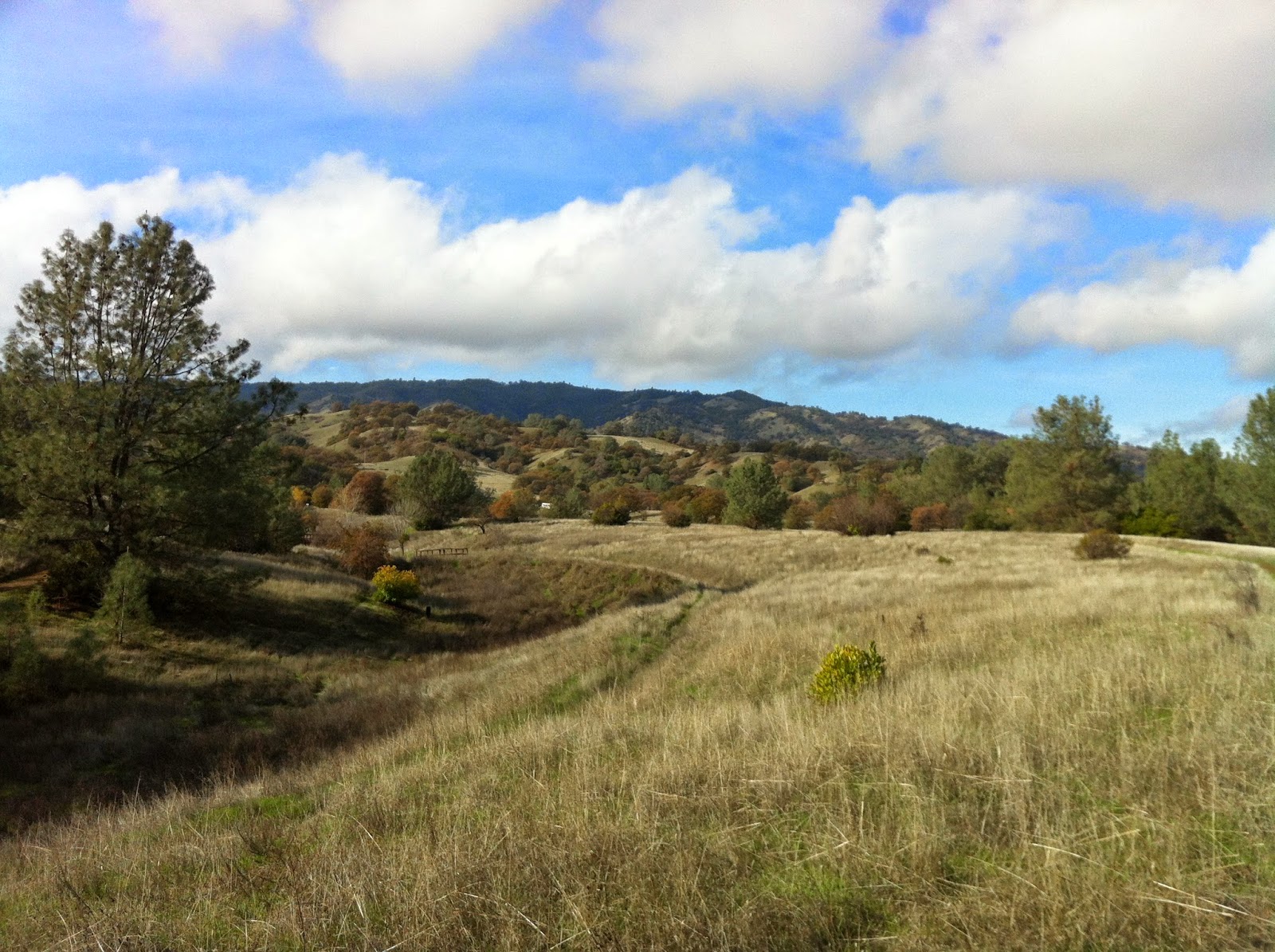 In the end, we tallied more than 60 species in less than 2 hours at this county park (you can see that checklist here).  I was happy to get several county lifers such as CHESTNUT-BACKED CHICKADEE, OSPREY, HAIRY WOODPECKER, MERLIN, and BROWN CREEPER.

And lastly (and back in Sacramento County), we recently ventured up to Folsom Lake to look for the previously-reported RED-THROATED and PACIFIC LOONS.  While we didn't see the Pacific, we did see the Red-throated.  As an added bonus, we also found a RED-BREASTED MERGANSER which is also a rare bird for the county.  So that visit translated to two county year birds and one county life bird (RTLO).