As July winds down, shorebird migration continues to gear up.  However, that's about all that's been happening on St. Paul Island lately.  And in truth, there haven't been too many shorebirds of note yet besides another LESSER SAND-PLOVER on Salt Lagoon just today (ok, sure, they aren't bad looking!).

Is it just me or does this RED-LEGGED KITTIWAKE look really unimpressed?  Maybe that's because most of the kittiwake nests in the Pribs have failed this year.  I reckon I'd be frowning too.
The NORTHERN FUR SEALS continue to amuse photographers (most of our clients these days) with their antics.  One favorite pastime is to see if you can capture the seal out of the water when they porpoise (dive up out of the water).  Here’s one seal most of the way out of the water: 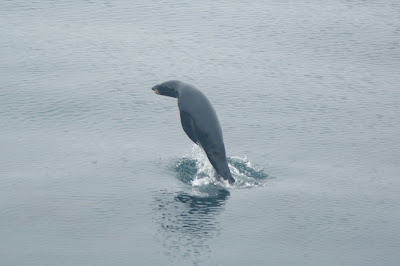 … and a second later, it’s coming back down just as another one is starting its jump: 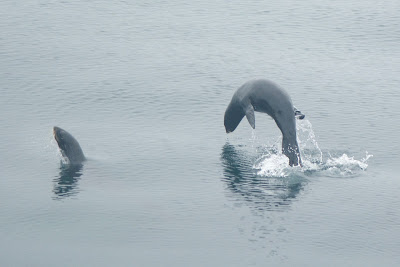 Reef really is one of the best places on the island for photos.  I was there with photographer clients one recent evening and when the light improved... I got to work with my own camera.  First up, yet another TUFTED PUFFIN: 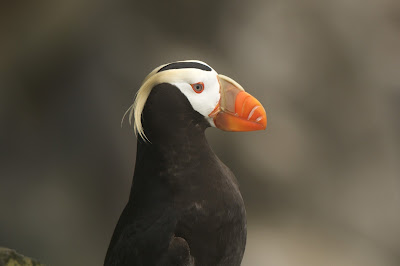 Some of the PARAKEET AUKLETS were ridiculously close.  This one landed right next to me, so close that I was worried my camera couldn’t focus on it: 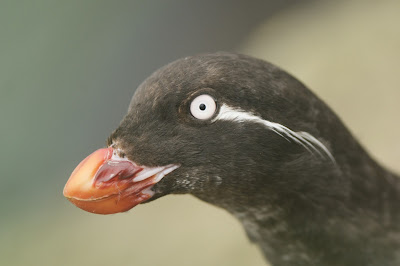 And you know, looking at the above bird, I used to think Parakeet Auklets were decently cute but now that I have a close up of the bill... I’m not sure they're not terrifying.

I started to work a few RED-FACED CORMORANTS that evening including this adult.  It’s not saying much but it might be one of my better cormorant shots: 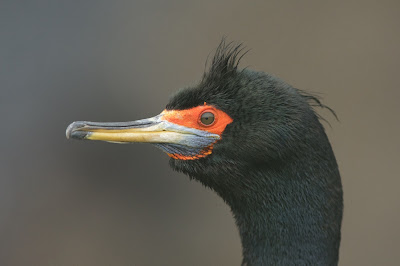 Then it stretched its bill open and turned towards me.... it’s hard to pass up that photo opportunity! 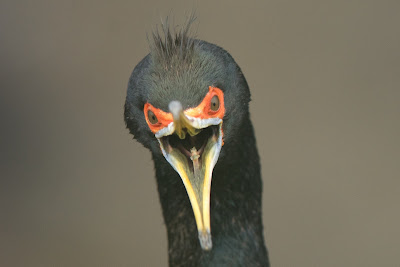 However, the cute award has to go out to these ARCTIC FOX kits that have been ridiculously adorable as of late.  A pile of sleeping foxes?  Why not! 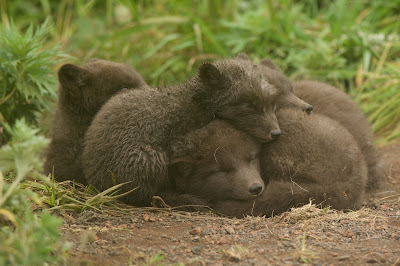 Anyway, thanks for checking in and hopefully I'll have a good bird to update you guys with soon.  In the meantime, feel free to shoot me a line at: