The Worried Wren and Fly-Bys

In past years on this date, St. Paul Island has hosted rarities like Little Stint and Terek Sandpiper.  Although those two species are near the top of my "Wanted List", we can't even find a Red-necked Stint!  Although we remain stint-less so far this year, I'm not worried.  Does this PACIFIC WREN at the Reef Seal Blind looked worried?  I don't think so. 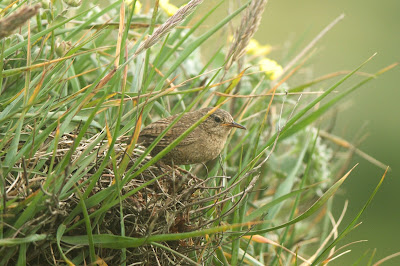 Although seeing puffins and auklets perched on the cliffs are a main attraction, we also have ample opportunities for snapping shutters on devices focused on these species flying by.  Here's a TUFTED PUFFIN: 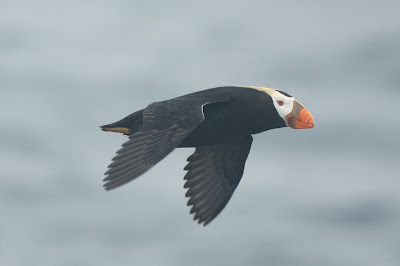 Sometimes the said puffin returns with food in its mouth (a sure sign that it has a youngster to feed): 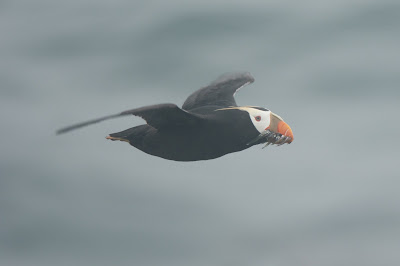 Flight photography IS a lot of fun here though.  If the wind is blowing from the correct direction, you can stand on the cliff edges and have a variety of species just slowly float on by.  Here's a NORTHERN FULMAR in flight: 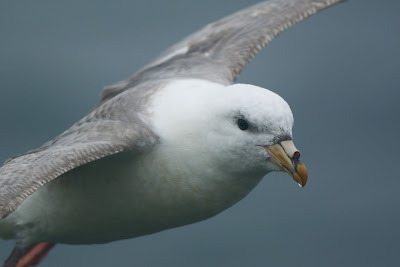 ... and a RED-LEGGED KITTIWAKE: 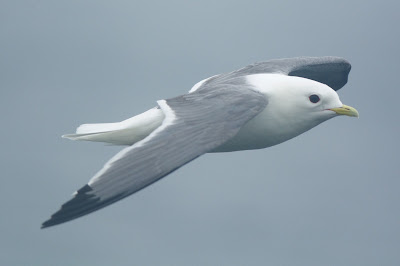 Kittiwakes are gulls.  Another gull here is the much-bigger GLAUCOUS-WINGED: 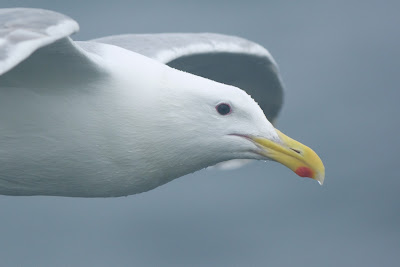 I was out with a client yesterday when we crested a rise in the road near Telegraph Hill to find an adult PARASITIC JAEGER sitting there in the middle of the road.  It eventually took off and followed the road to the west before we lost it near the quarry: 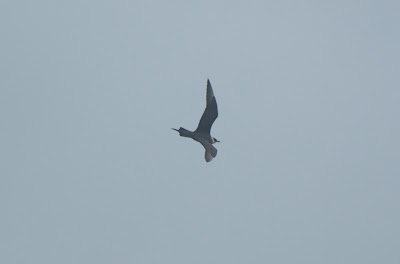 I think this SALTMARSH STARWORT on the edge of Salt Lagoon was the first I'd seen there.  In fact, it's believed that this species is only found at two locations on the island, the other being Antone Slough. 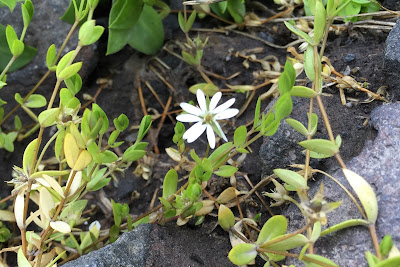 Speaking of Salt Lagoon, this LESSER SAND-PLOVER the other day was a nice addition to the fall assortment of shorbs.  This was my 4th day this year with a LSAP: 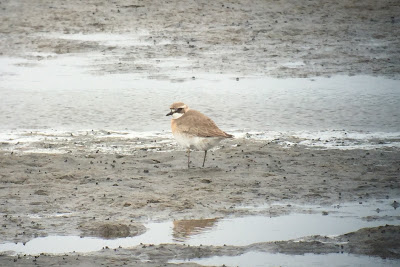 We've had west winds for about a week straight though and I truly am hopeful that the next week will deliver another highlight or two.  Stay tuned!
Posted by Cory J. Gregory at 7/27/2015 02:29:00 PM