There's no denying it... I think we might actually be through the doldrums of summer and firmly planting ourselves on the cusp of the fall rarity season.  After not seeing much in the way of Code 3+ species for some time, the recent arrival of a few has my hopes up (probably higher than they should be, for that matter).

It was about this time last year that I was celebrating the arrival of GRAY-TAILED TATTLERS by shaving my beard (as I did only after seeing new ABA birds).  Fast forward a year and when I checked the same backwater tidal area of Salt Lagoon, the channel area behind the FWS housing, I can't say I was too surprised to find one there again: 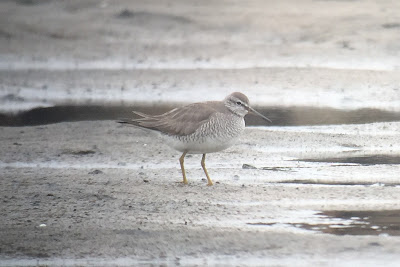 The ID is pretty straightforward on adults; look for the super pale back, pale eyebrow extending behind the eye, and the clean white belly/undertail: 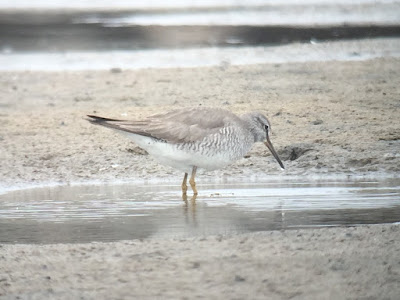 They're an expected species through the fall here; last year I had GTTA on 17 different days.  Doing the math, it looks like I had them about once every 4 days through August and September.  Still, I'm happy to edit the sidebar of this blog to add another Code 3 for the year!

It's in this season that we guide a lot of people that are visiting St. Paul Island in hopes of photographing the wildlife.  Although my first passion is birds, I do enjoy being around some of the expertise of visiting photographers.... even though I can't find them half the time: 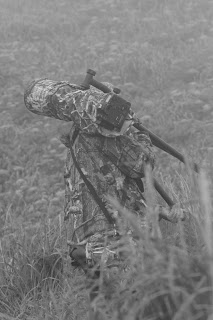 One of their favorite subjects are the ARCTIC FOXES that can be found along the edges of the island.  In particular, seeing a brood of fox kits usually puts visitors in a tizzy.  Here's a popular family, complete with a youngster licking its attentive parent: 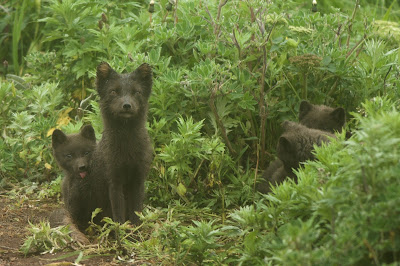 Although most of the foxes are dark here on St. Paul (year round, even), there was a nicely colored one near the Reef Seal Blind yesterday evening: 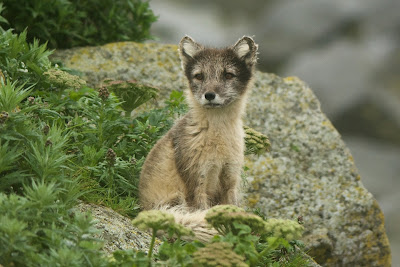 The NORTHERN FUR SEALS are still packing the beaches in full force including this sleeping trio the other day at the Reef Seal Blind.  It's one tired-out family; male in the back, female resting on him, and her pup resting on her: 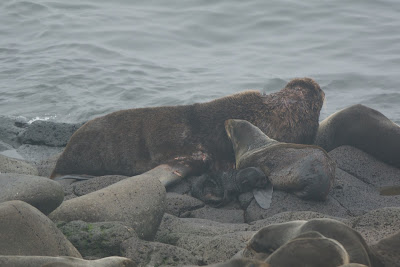 Most of the songbirds such as longspurs, buntings, and wrens have fledged their young already.  This adult male SNOW BUNTING was keeping an eye on one of its fledged youngsters at the cut in Hutch Hill: 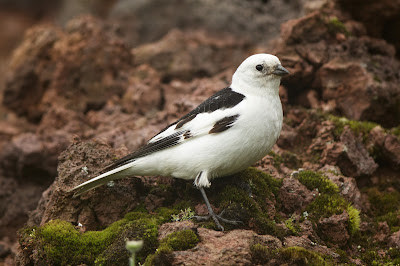 Crossbills continue to have a presence on the island although I certainly don't see them every day.  However, not all the vagrant finches are crossbilled; we've had several PINE SISKINS around as well which is unusual (in all of last year here, I saw PISI only once).  I was pretty surprised to find this tight flock of 5 on Hutch Hill today: 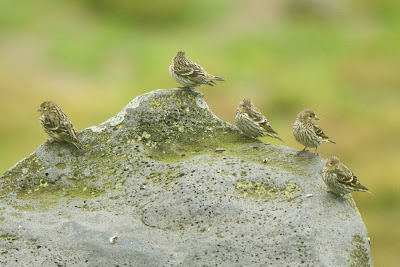 We've had a number of GREATER SCAUP around this season, quite a few more than I recall seeing last year.  The number fluctuates but has been as high as 10 birds (and they mostly hang out on Webster Lake).  However, I WAS surprised to find this LESSER SCAUP mixed in with them; even one of these is flagged in eBird here on SNP: 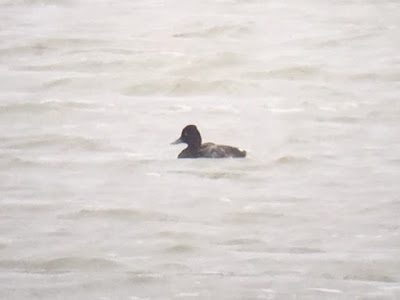 It was starting to get a bit surprising that I hadn't tracked down a SLATY-BACKED GULL yet this season.  And then today happened.  This 3rd-cycle bird was on the beach at Webster Seawatch: 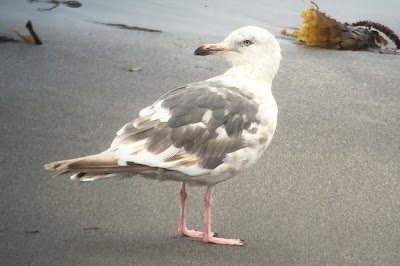 Although it's a Code 3 species, these are fairly easy to get out here.  Last year I had them on about 30 different days spanning a 3-month period (13 Jul - 14 Oct).  Seeing a SBGU every three days?  I like those odds!

I'll end with a few flower pics.  First up, a FORGET-ME-NOT, the state flower of Alaska: 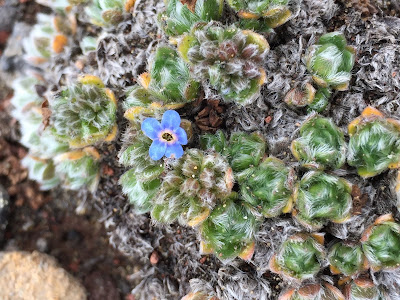 I'm not certain if I have a favorite flower on the island but if I did, I think WHITISH GENTIAN would be in contention for the top spot: 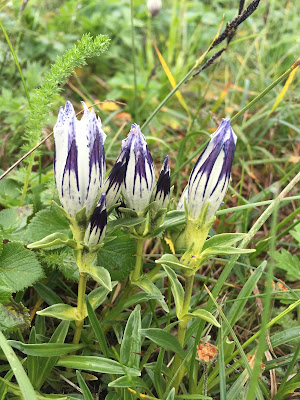 Thanks for checking in.  If you have any questions or comments, feel free to reach me at: