I've been back home in California for about a week now and it didn't take long for that to sink in.  Perhaps it was the temperatures in the mid-80s.  This season really is a pleasant time to be in the Central Valley though; the trees have leafed out and newly arrived migrants can be found at your local birding patches.

However, I'd be remiss if I didn't start out with some rarity talk.  While I was in NY, a Code 4 BROWN SHRIKE was found and reported back here in California.  It has stuck around for several weeks which is really not surprisingly considering it probably has spent the past winter there despite being found only recently.  When I returned from NY, Ashley and I ventured up to have a look: 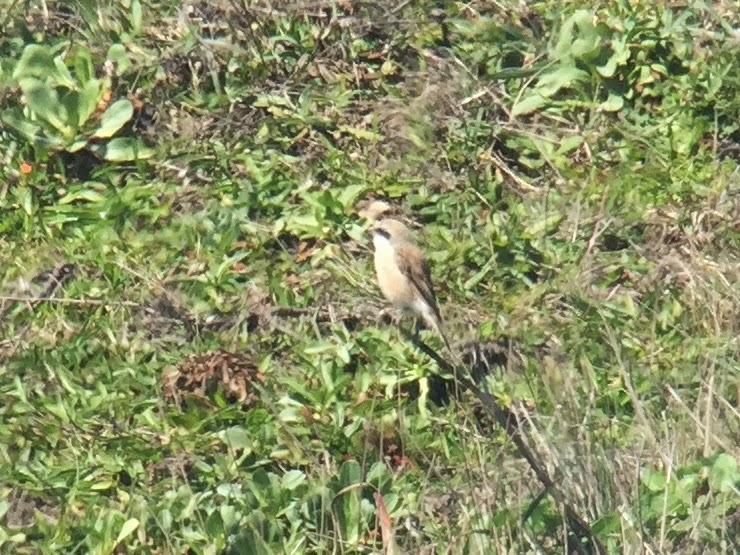 The more interesting aspect with this bird is now the identity is in limbo.  Although it was reported as a BROWN SHRIKE, there are many birders that believe this is actually a RED-BACKED SHRIKE which would be a first record for North America.  Needless to say, the identity isn't clear-cut at this point and as the bird continues to molt its tail, hopefully it'll morph into something we can ID with certainty.

As we watched the shrike from across the ravine, people weren't too interested to see THIS shrike right in front of us.  I assume it's a second BROWN SHRIKE... I mean, it's brown and has a slightly hooked-bill.  That's all you need to know, right?  SCORE.  I'm such a good birder. 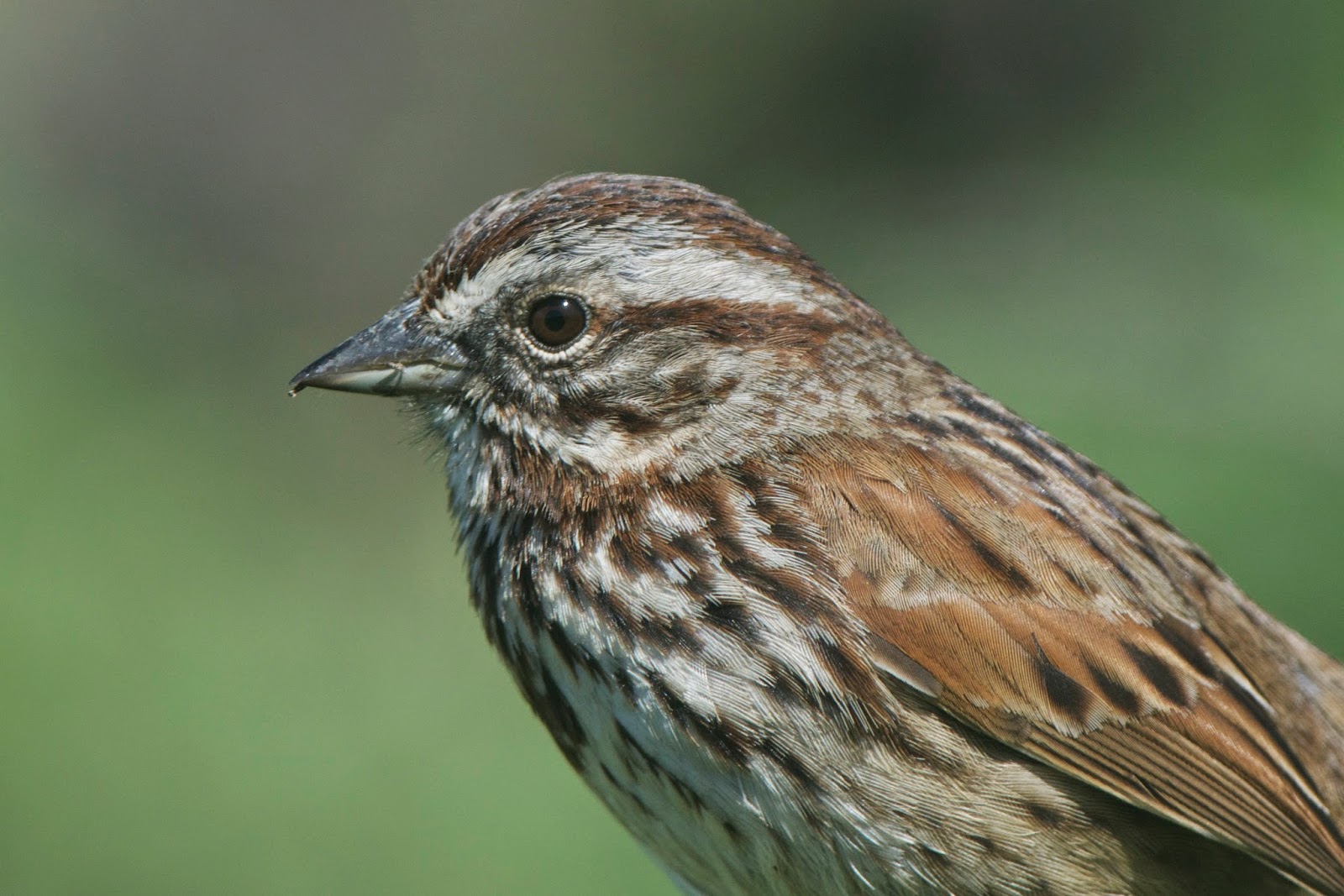 Back around home where finding rarities apparently isn't a worry I need to dwell on, I've instead focused on birding a local patch and have been trying to enjoy the common things... like this WESTERN SCRUB-JAY that was rummaging around at close range: 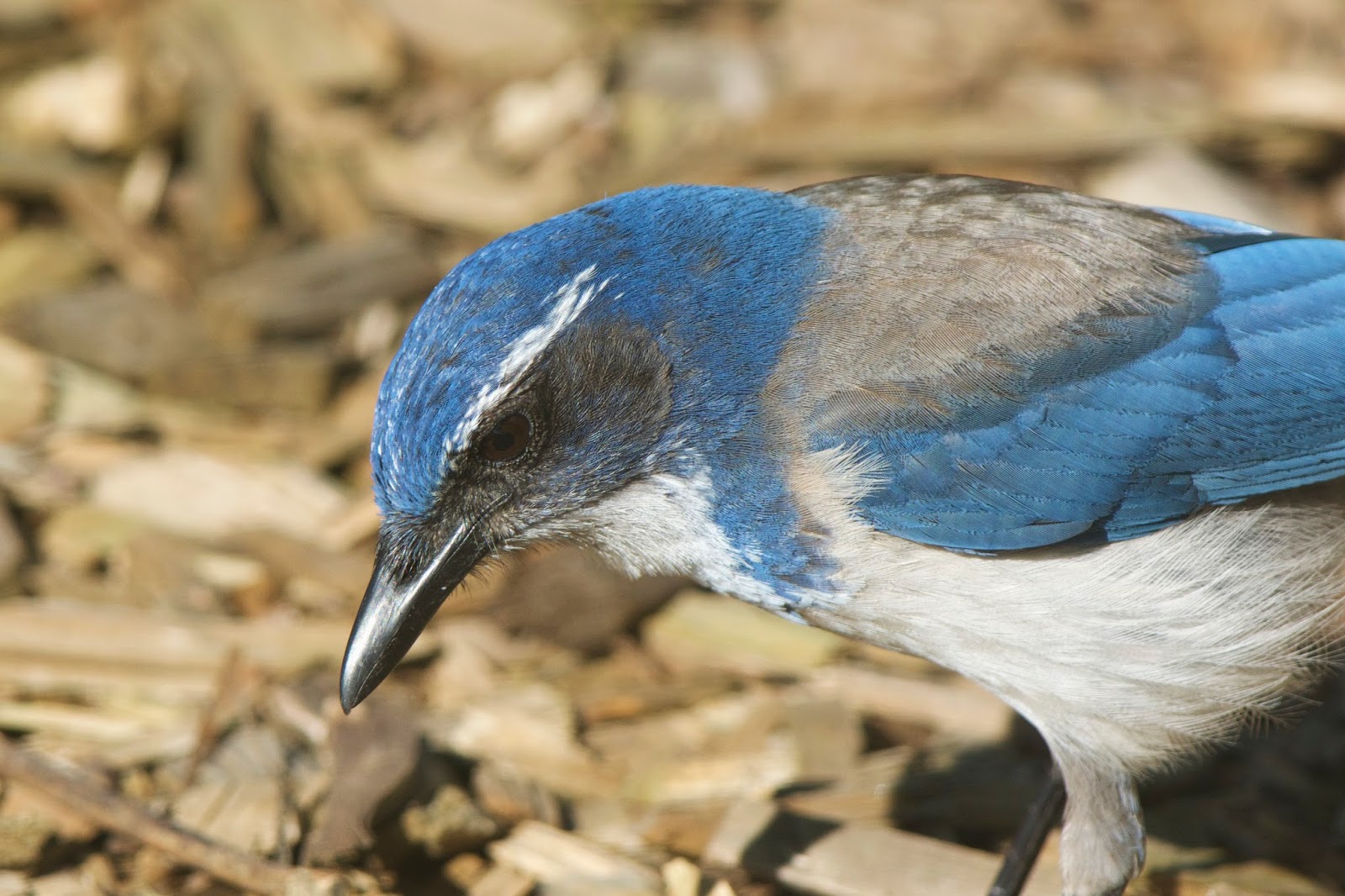 The local RED-WINGED BLACKBIRDS are ubiquitous as ever: 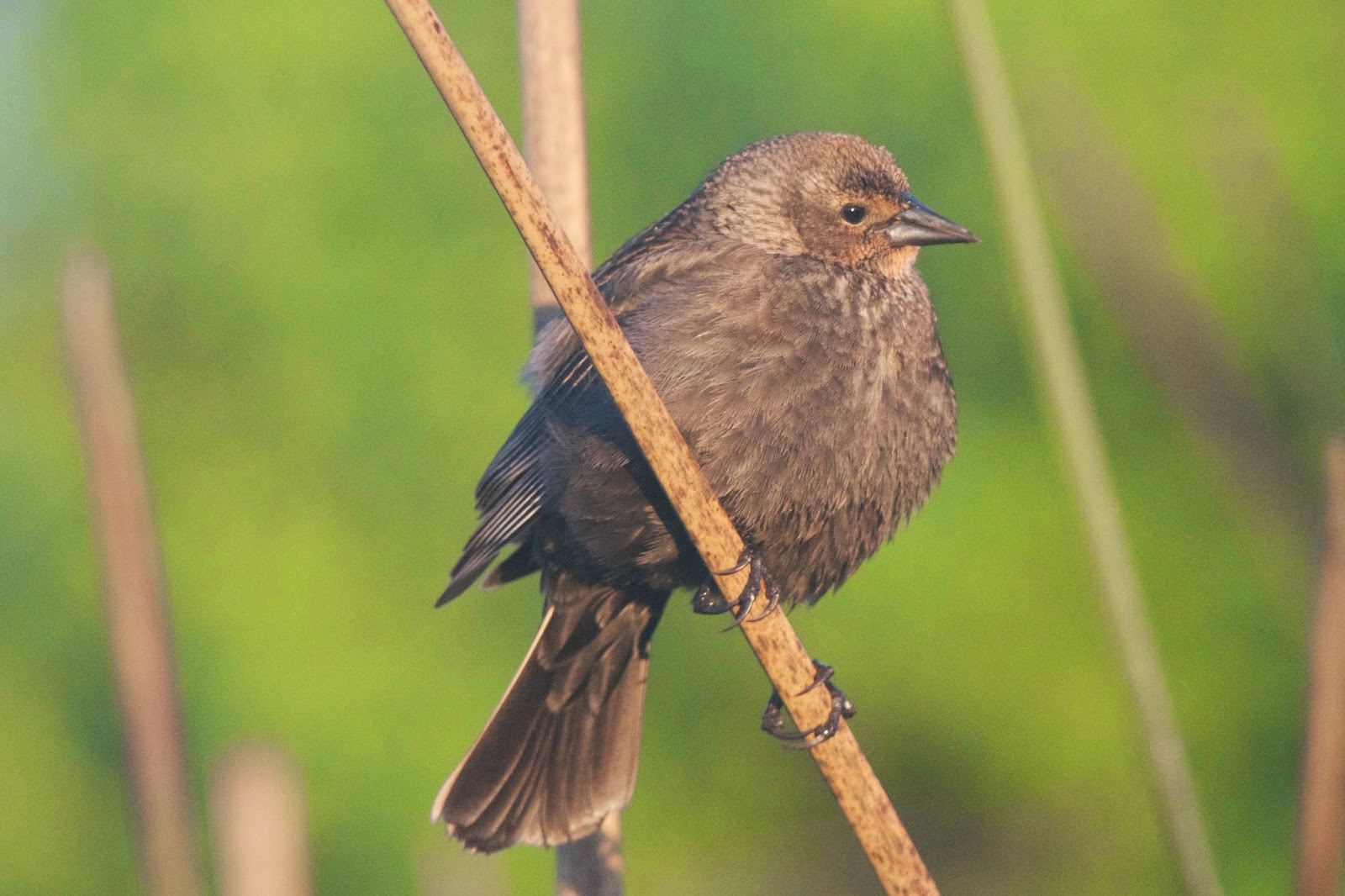 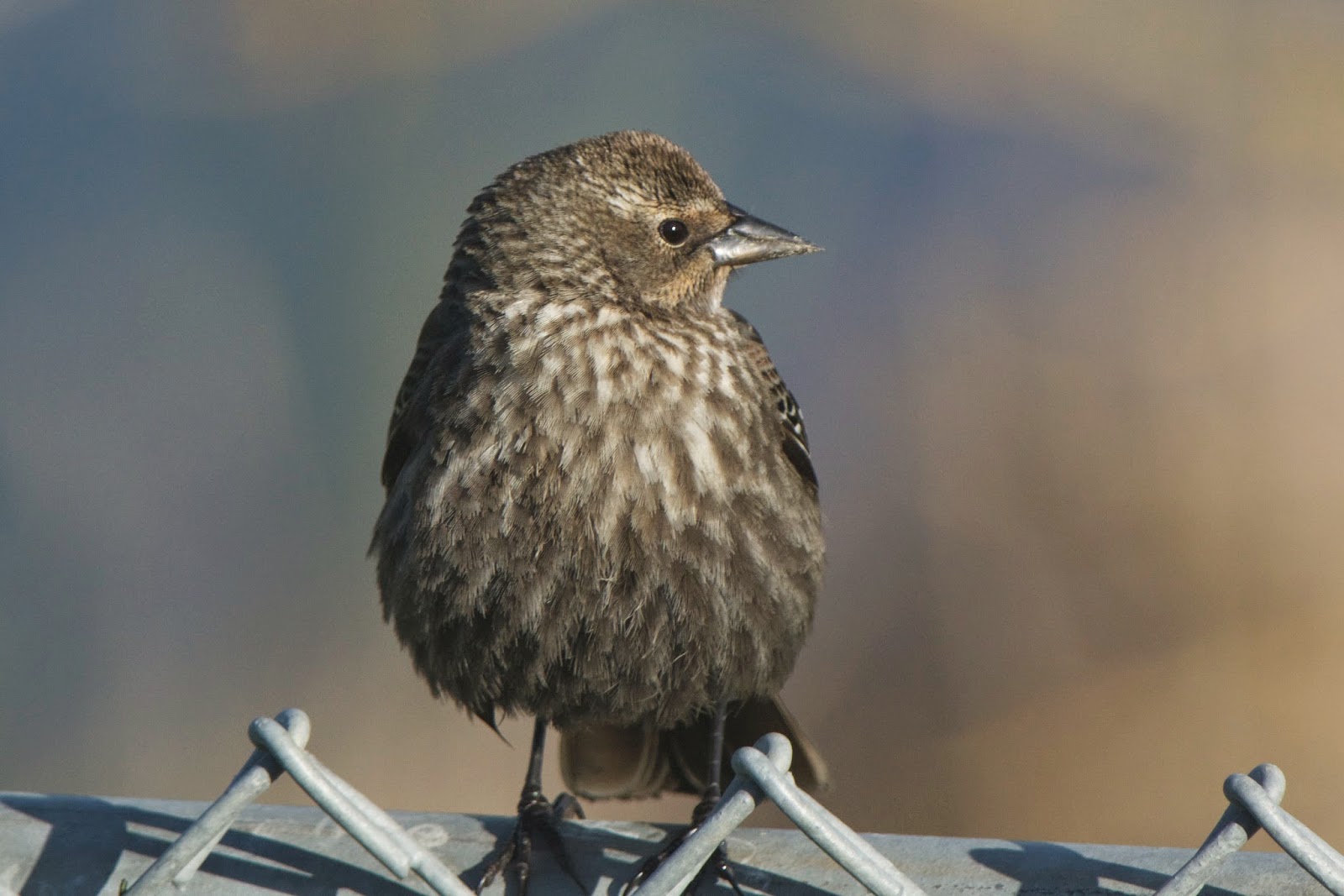 This is the season for BLACK-BELLIED PLOVERS to be on the move; I've seen a flock fly over the house as well as this flock down at Cosumnes River Preserve: 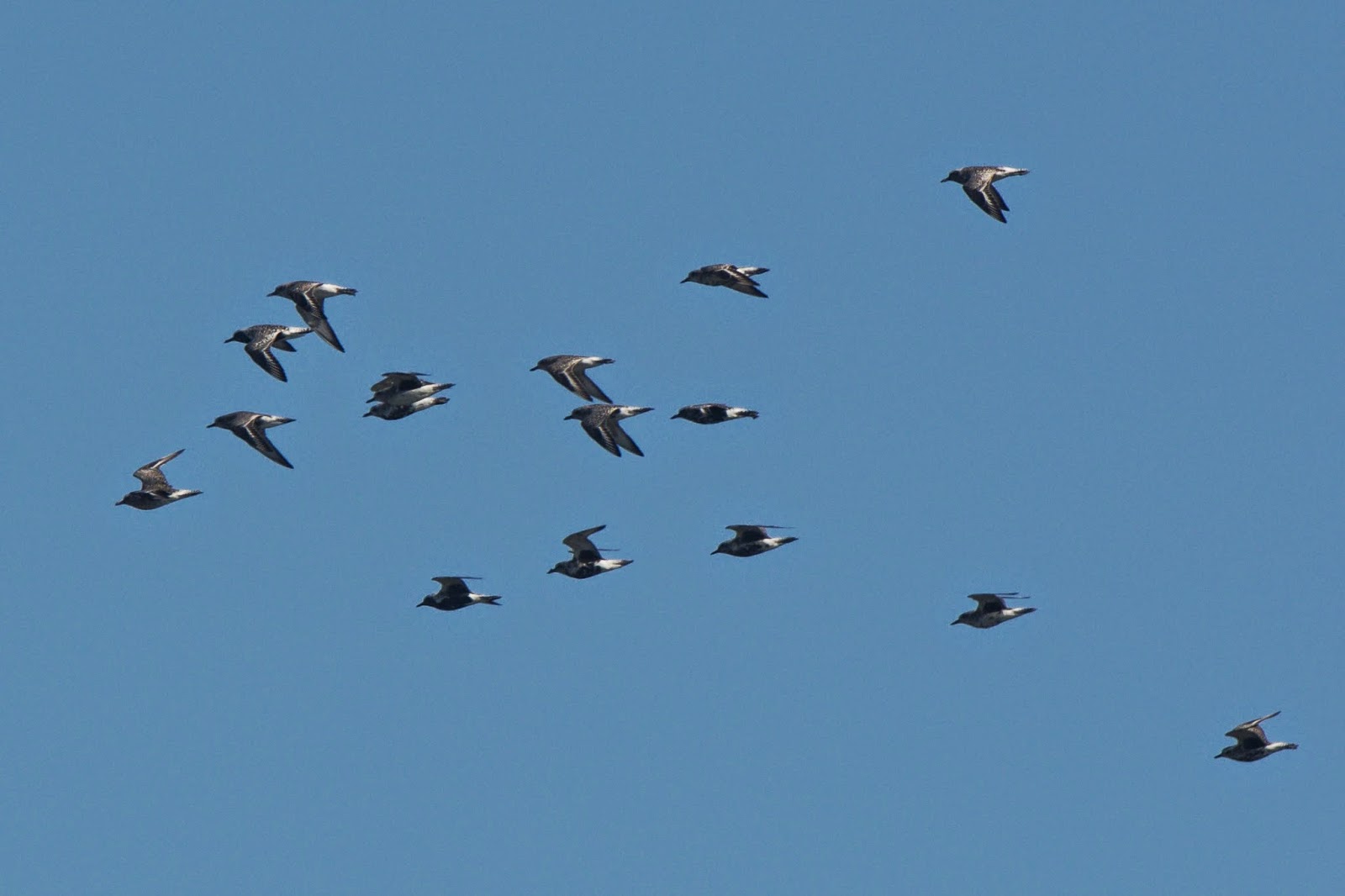 Sometimes you find birds that you're certain are in the process of migrating.  For example, I was walking along a levee trail near home when I found this MARSH WREN on the edge of a grazed pasture.  It eventually hopped up and flew across the trail to a fence line bordering urban apartments.  This isn't even close to the habitat that these guys are looking for.  Regardless, I hope it righted itself the following night when it probably took flight, gained elevation, and migrated north some more. 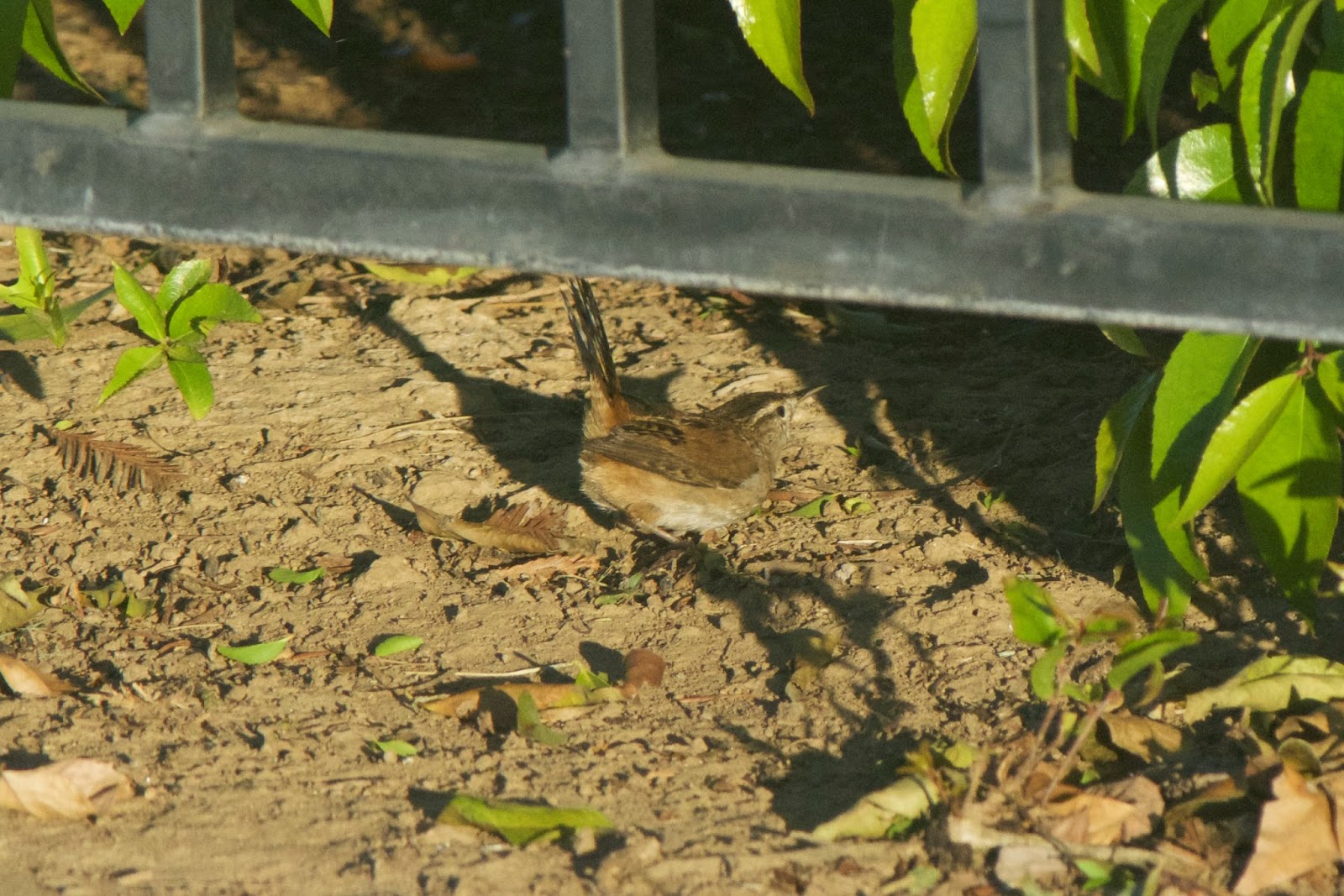 I found these CACKLING GEESE mixed in with the normal GREATER WHITE-FRONTED GOOSE flock at a local patch.  Surprisingly, this is only the second record of this species at this particular hotspot: Some birds are already in the thick of chick-rearing; the local ANNA'S HUMMINGBIRDS in my neighborhood have already fledged a brood (and it's not uncommon to see 6 different hummingbirds at my feeders in a given day).  In fact, the family rolls in and does a good job at draining my hummingbird feeder in short order.  The local geese and ducks have hatched chicks as well such as this "mostly" MALLARD: I'll end with another update to my county map.  (As an aside, I recently reached a milestone in terms of county listing, I reached 500 counties/parishes/census areas/etc).  Anyway, if you look at the shading in western New York, you can see where I did some county listing on my recent trip: