Here I am, 5 days after my previous blog post and already sitting only 2 away from 200 in Sacramento County this year.  That means that there's been a fair bit of birding since my last update.  Let's get to it....

Probably most exciting is that Ashley and I finally connected with a county nemesis of ours, LEAST BITTERN.  Turns out it was a state bird for me too (you can tell how little chasing I do).  The kicker is is that this bittern was at Stone Lakes NWR, probably only a couple of miles from where I live.  Of course, we only got to hear it which is often typical of that cryptic species... but we were happy with that.

On the same visit, we connected with another nice species, this one a county year bird (which get harder to come by as you approach 200).  This one has been hanging out in the palms by the HQ building for a couple of weeks now: 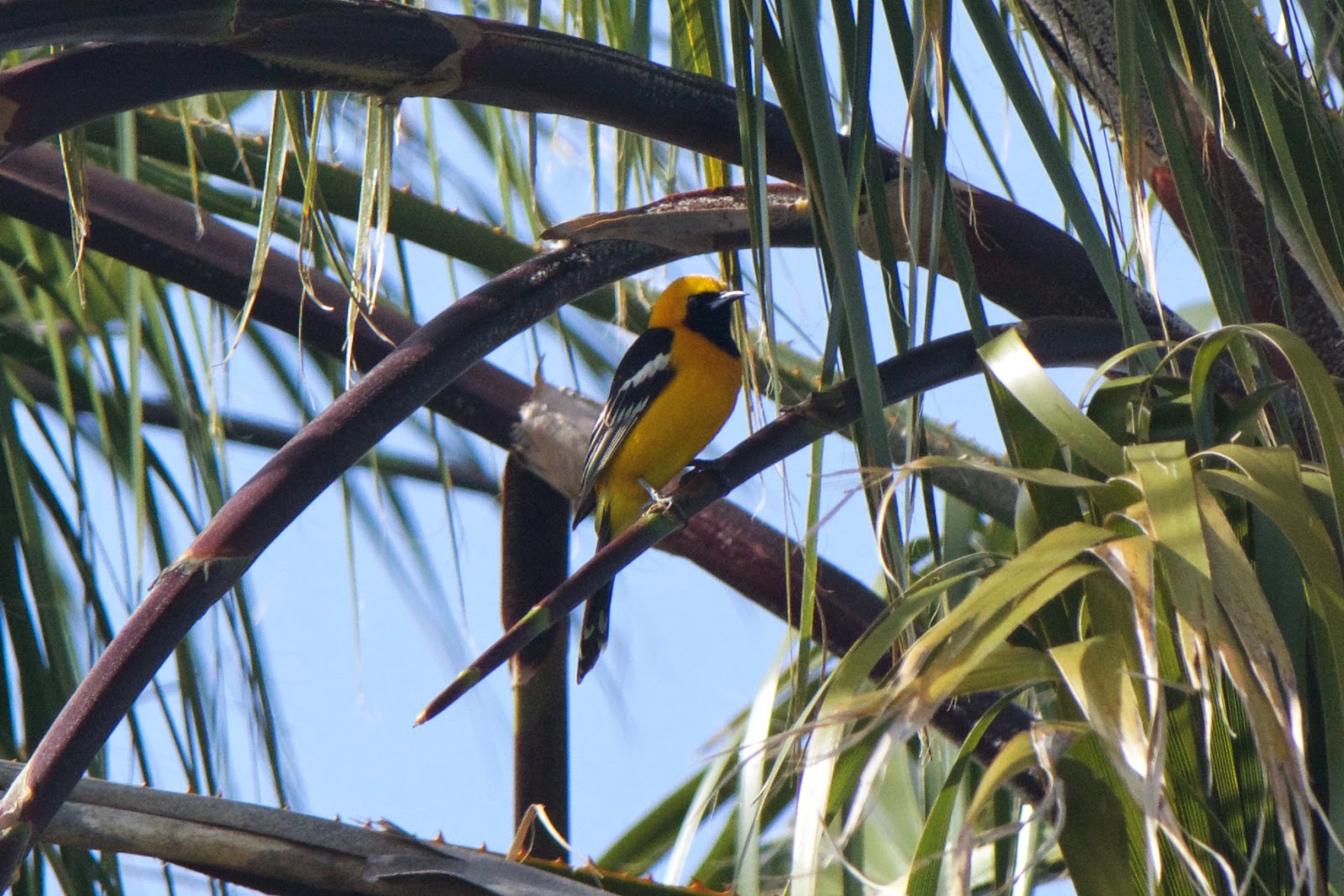 HOODED ORIOLES do breed here in Sacramento County but they're fairly uncommon and certainly harder to find around the southern portions of Sacramento County (away from the American River corridor).  Late in the fall, however, I've had HOOR at least twice from my yard.

Marshes around here are still teeming with the raucous RED-WINGED BLACKBIRDS.  No surprise there. 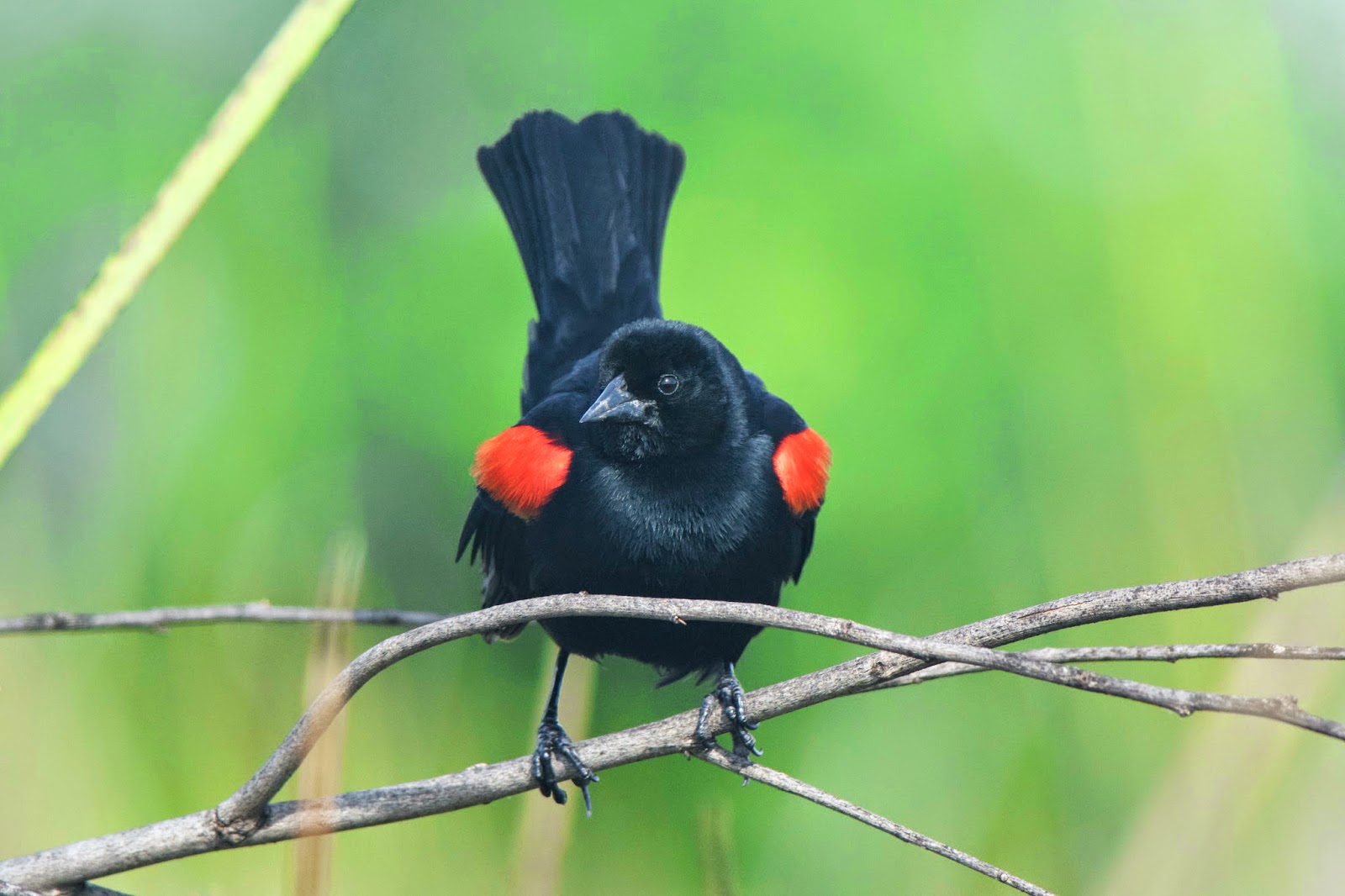 We swung through Cosumnes the other day and had 3 SEMIPALMATED PLOVERS.  They were flagged in eBird (for being early) so I snapped a crappy picture of one of them: 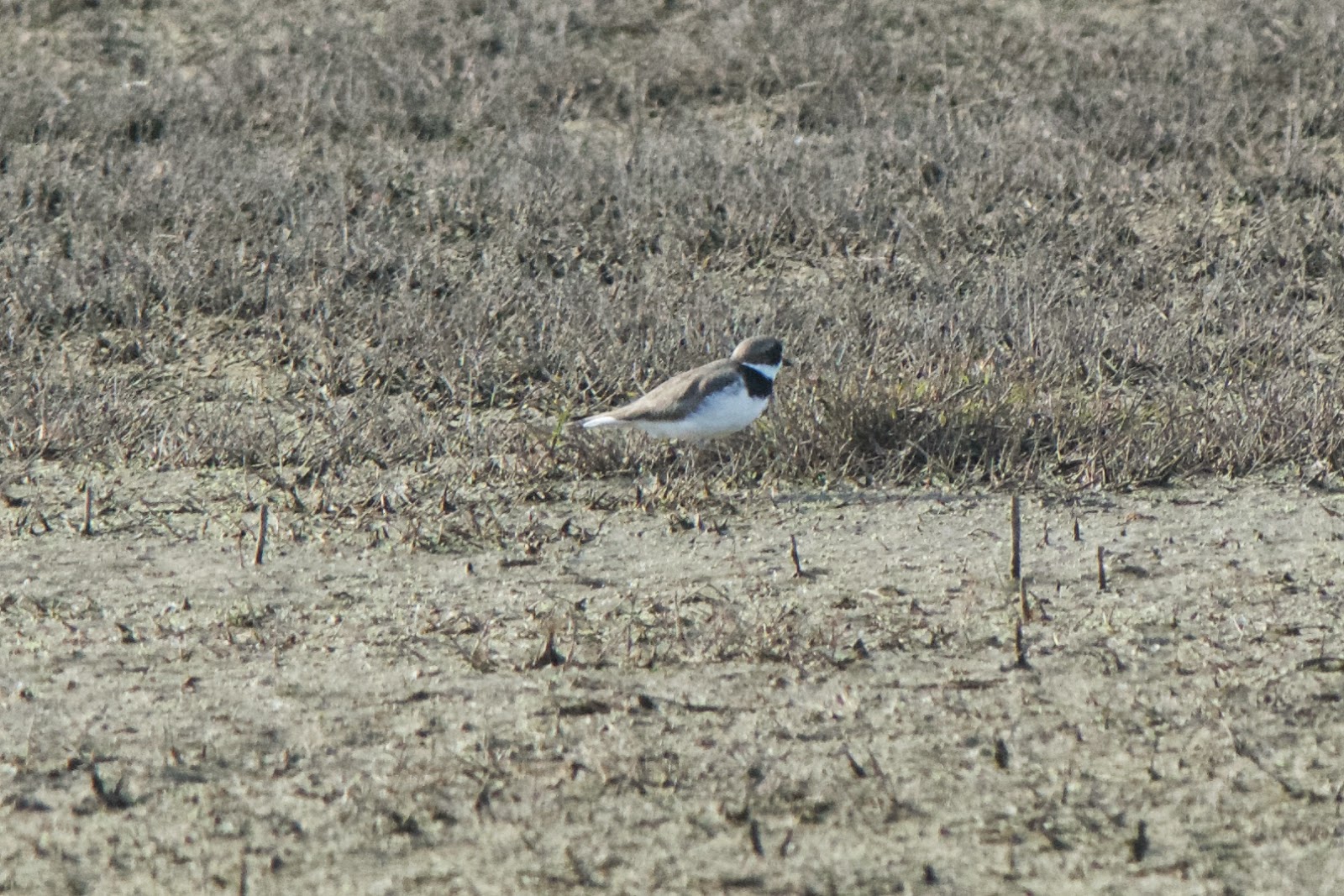 We also had 2 pairs of BLUE-WINGED TEAL which was also flagged.  This species is essentially never common around here.  Here's a male with some goop: 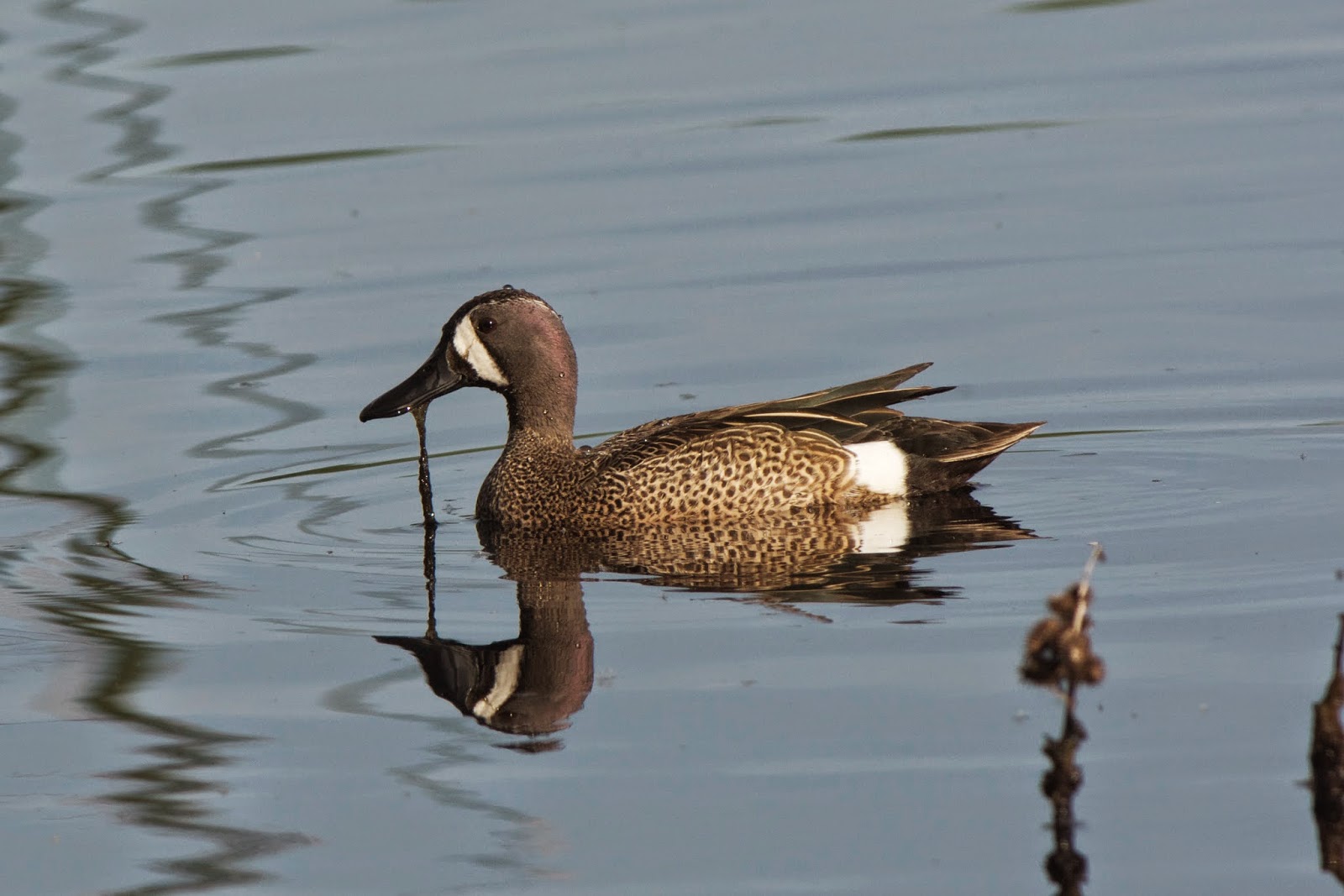 Back at home, check out what showed up at our hummingbird feeder one day: 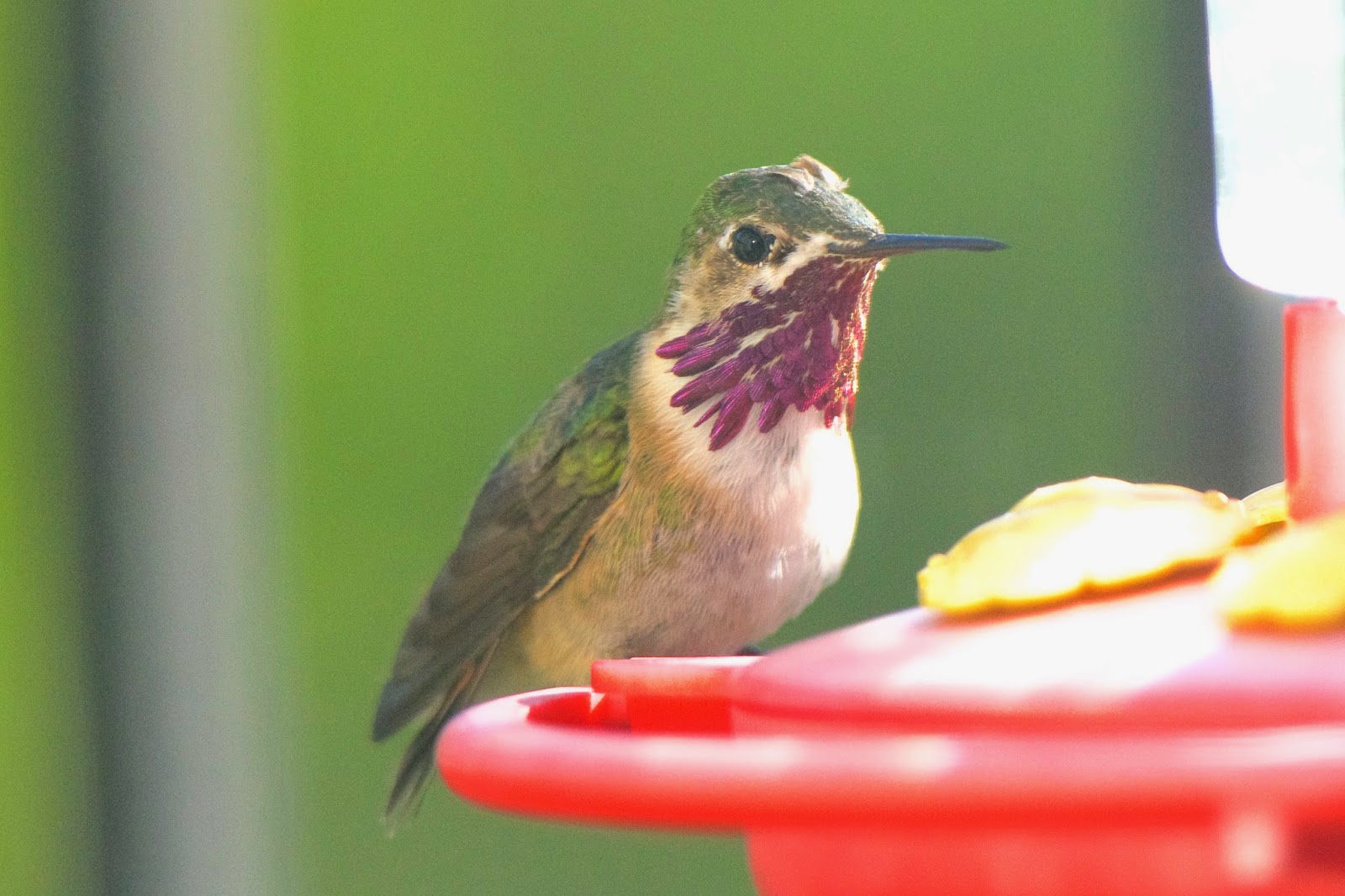 CALLIOPE HUMMINGBIRDS are flagged any time of year here in Sacramento County but are annual in the spring.  Despite them being rare, I've had great luck with this species at our feeder; I think this was my 8th record from the yard in 3 springs.

A few minutes after the male showed up in my yard, I went to my local patch and one of the first birds I stumbled on there?  Well, have a look: 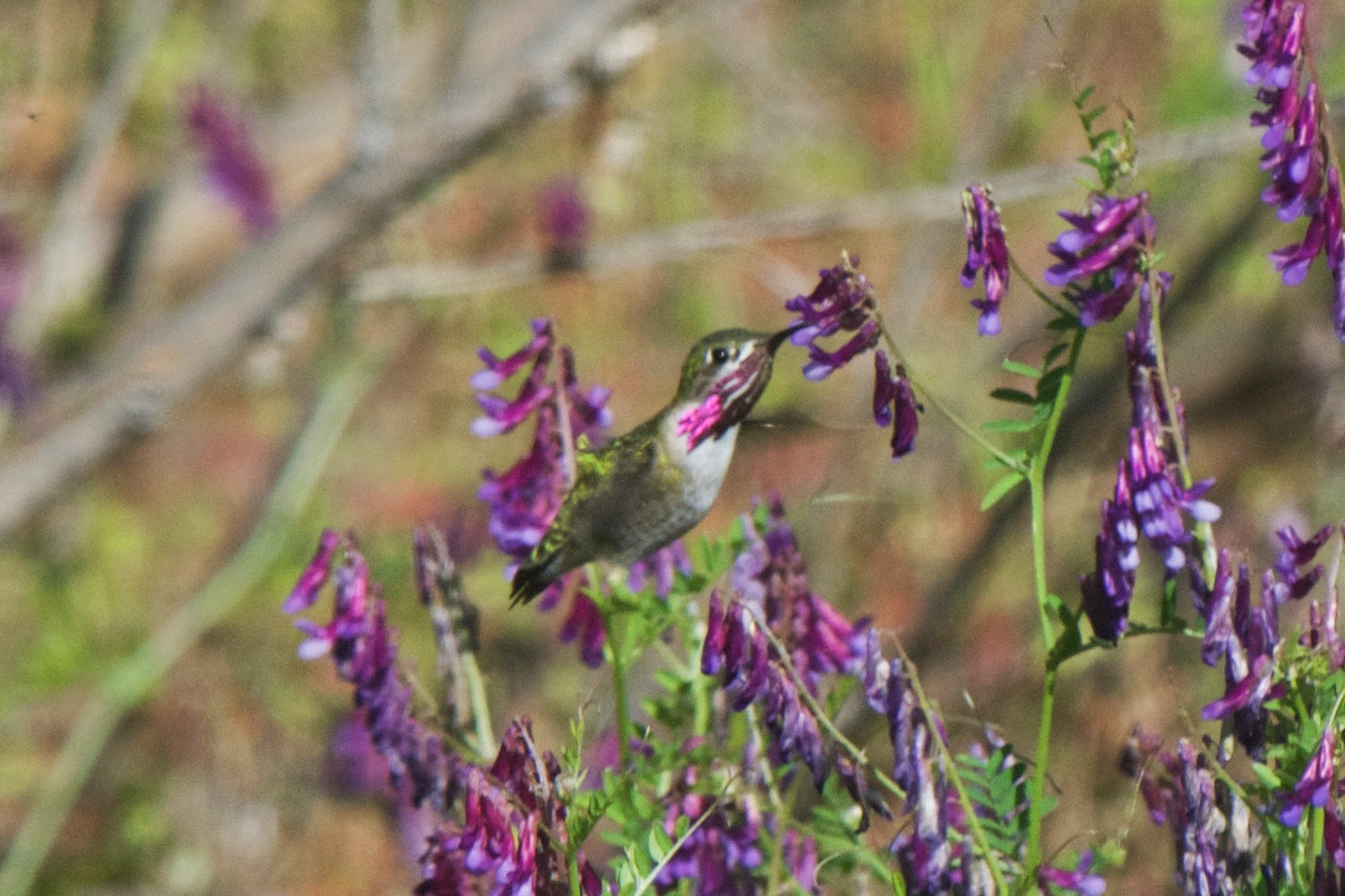 It's ANOTHER male CALLIOPE.  Things are getting ridiculous.  Luckily I managed to get some proof of him despite him not being at a feeder.

While we're on the topic of hummingbirds, I may as well share this close-up of a young ANNA'S HUMMINGBIRD: 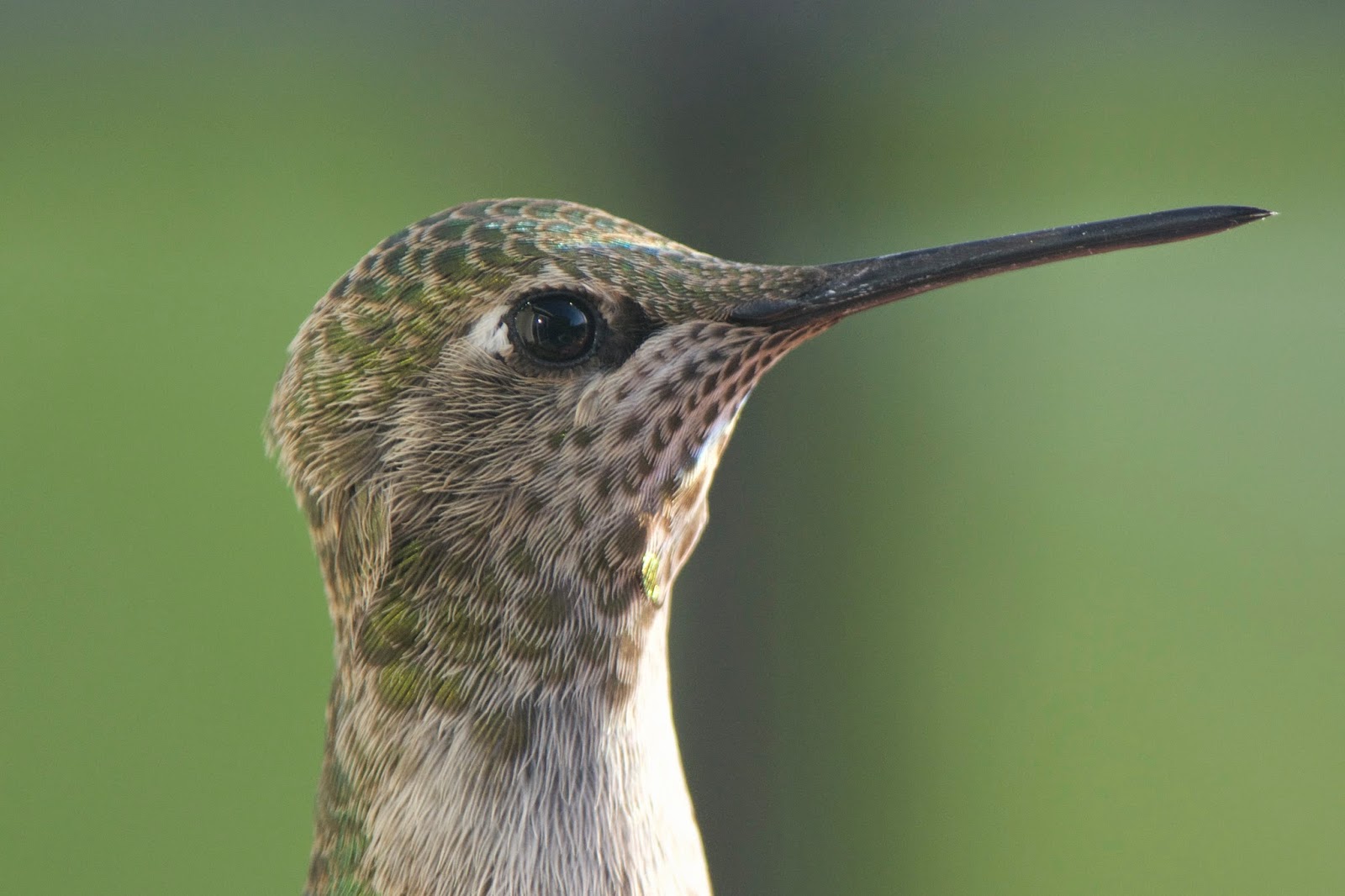 Younger yet was this ANNA'S HUMMINGBIRD that was flying around while still quite downy on its flanks: 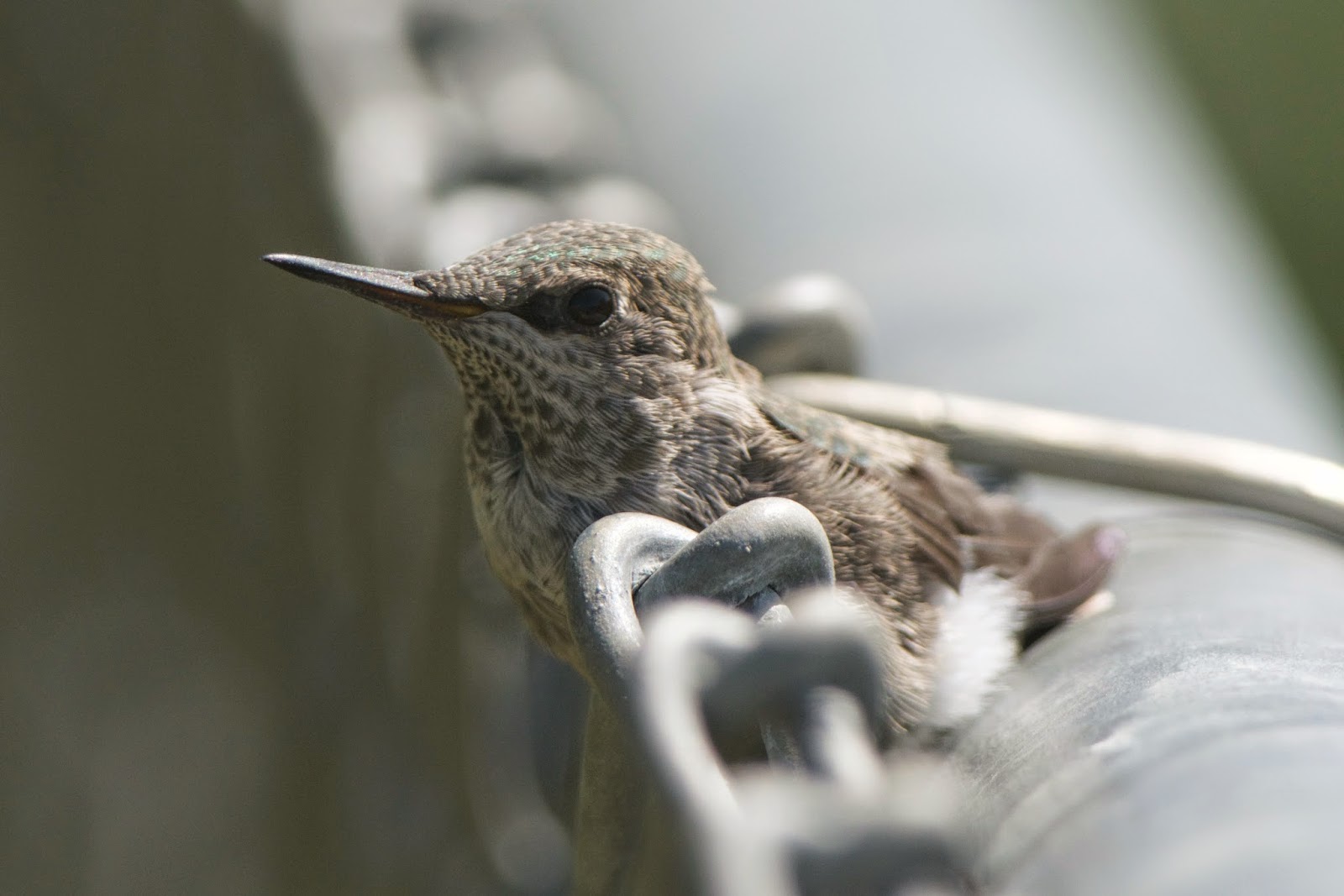 I'll throw in a random butterfly picture now.  It's a PAINTED LADY, an abundant species through much of the Lower 48: 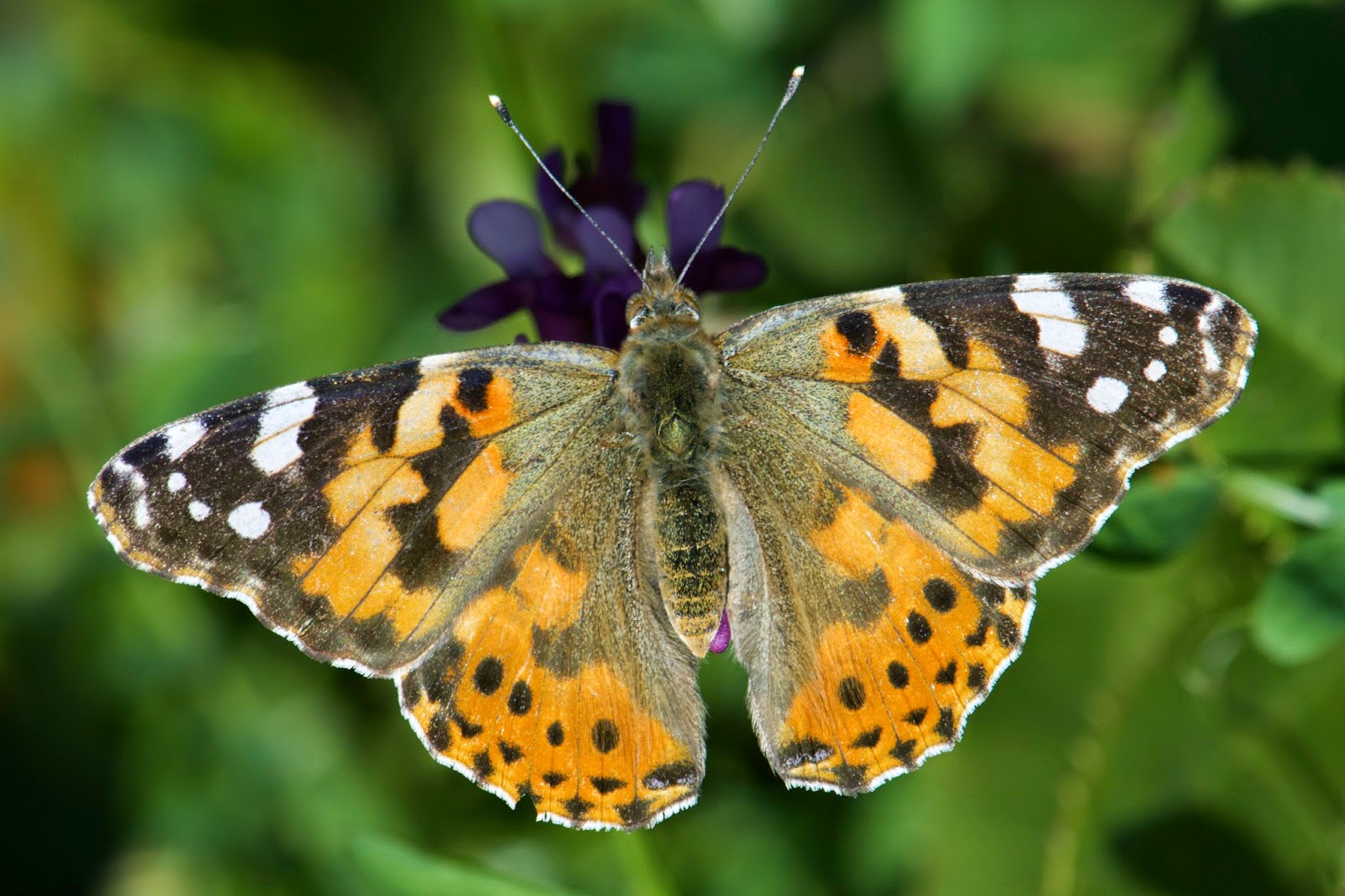 Back to birds, a different day found us at Cosumnes River Preserve, this time walking the woods hoping for new migrants.  Although we missed Ash-throated Flycatcher (which had been reported by that point), we were more pleased to find this empid feeding rather high up in the trees: 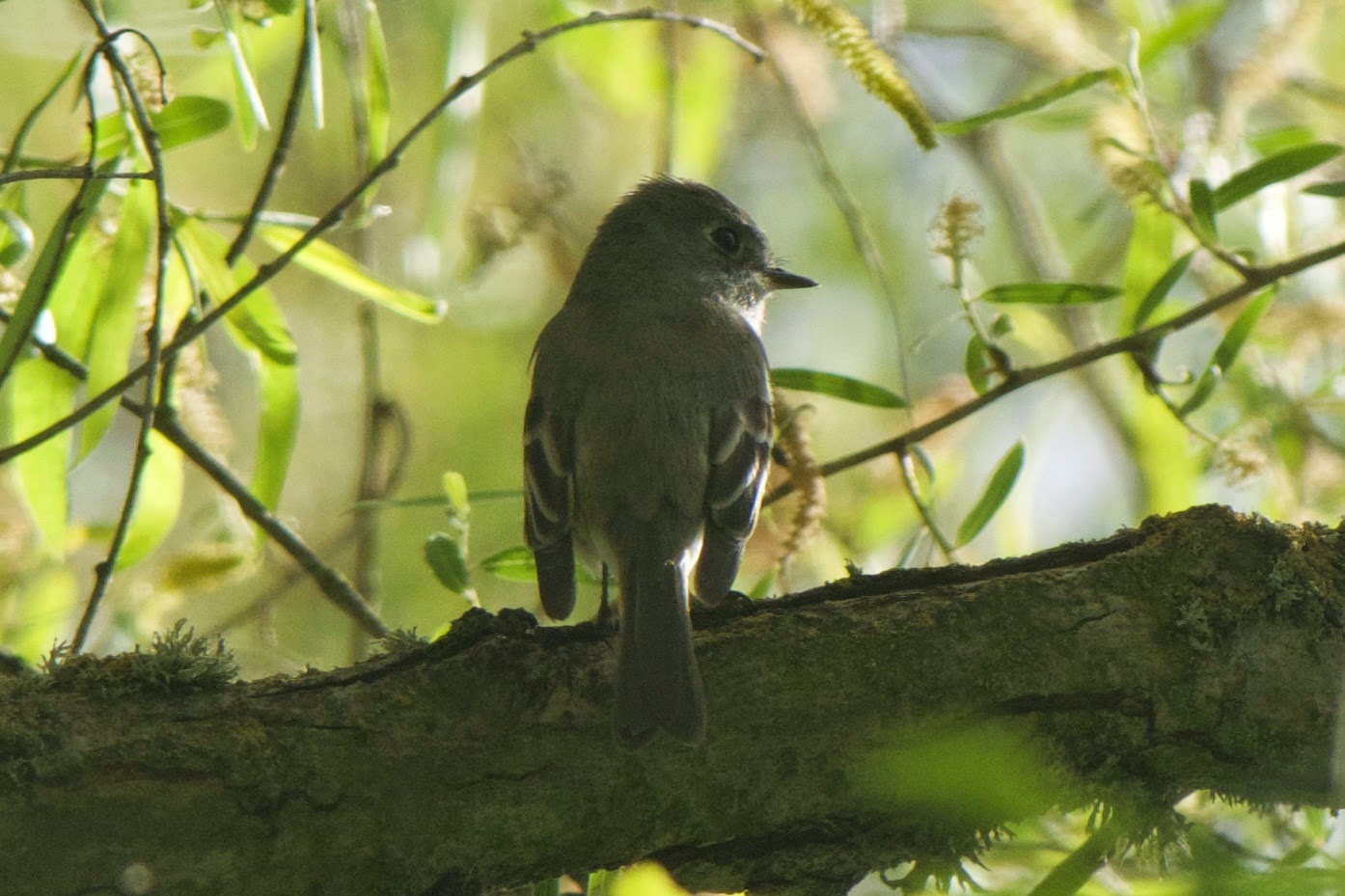 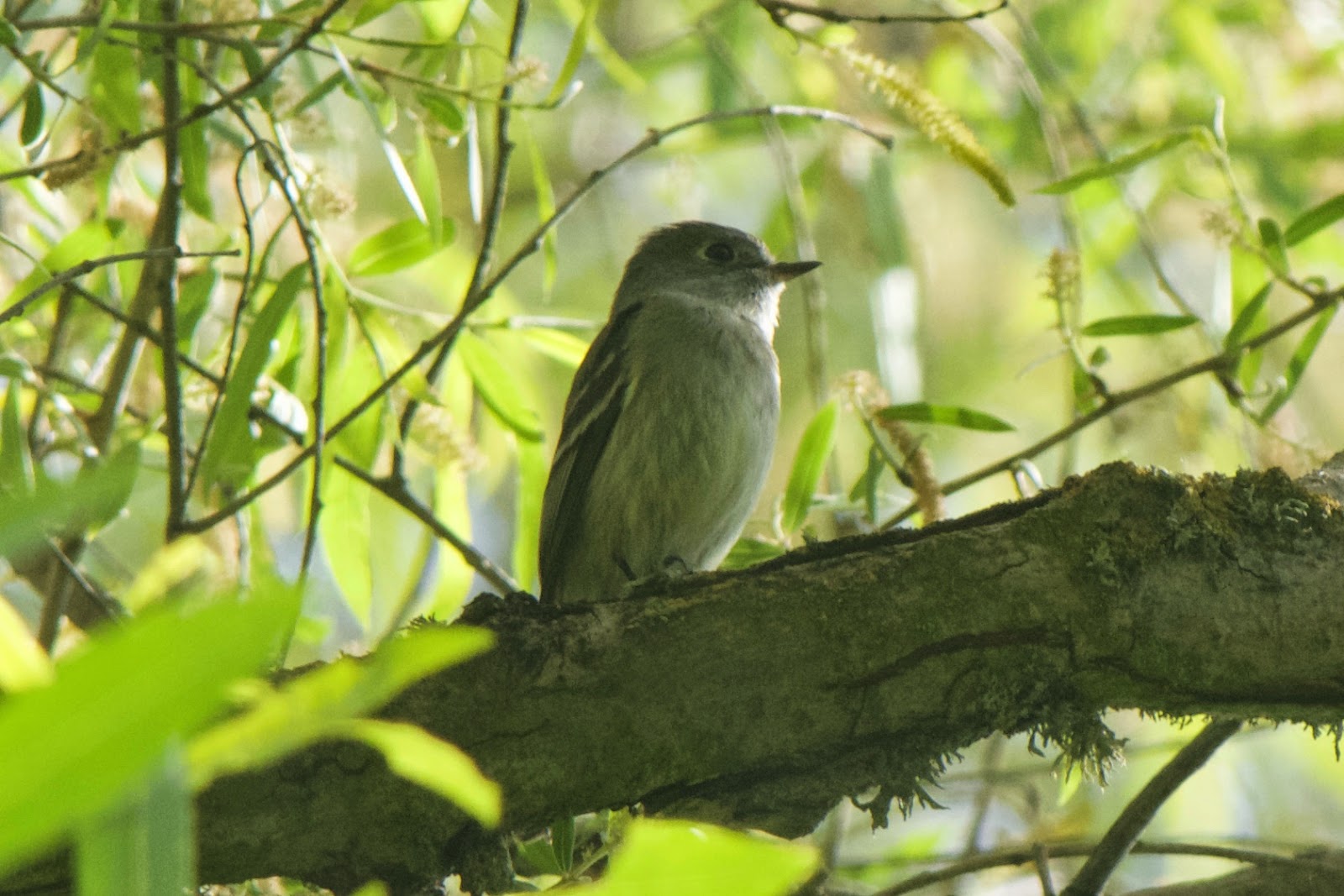 Any ideas?  The most expected empid right now is Pacific-slope but this bird doesn't have a long bill with a completely pale lower mandible.  In fact, doesn't even have a long bill.  You'll also notice it has fairly long primary projection, at least longer than what you'd expect on a Pac-slope.  Alas, it's a HAMMOND'S FLYCATCHER and it was one of the earliest arrival dates ever for the county (not counting a few winter records).

Oh, the GOLDEN-CROWNED SPARROWS are certainly still around although I can tell some have started to move out.  They're looking pretty sharp these days too: 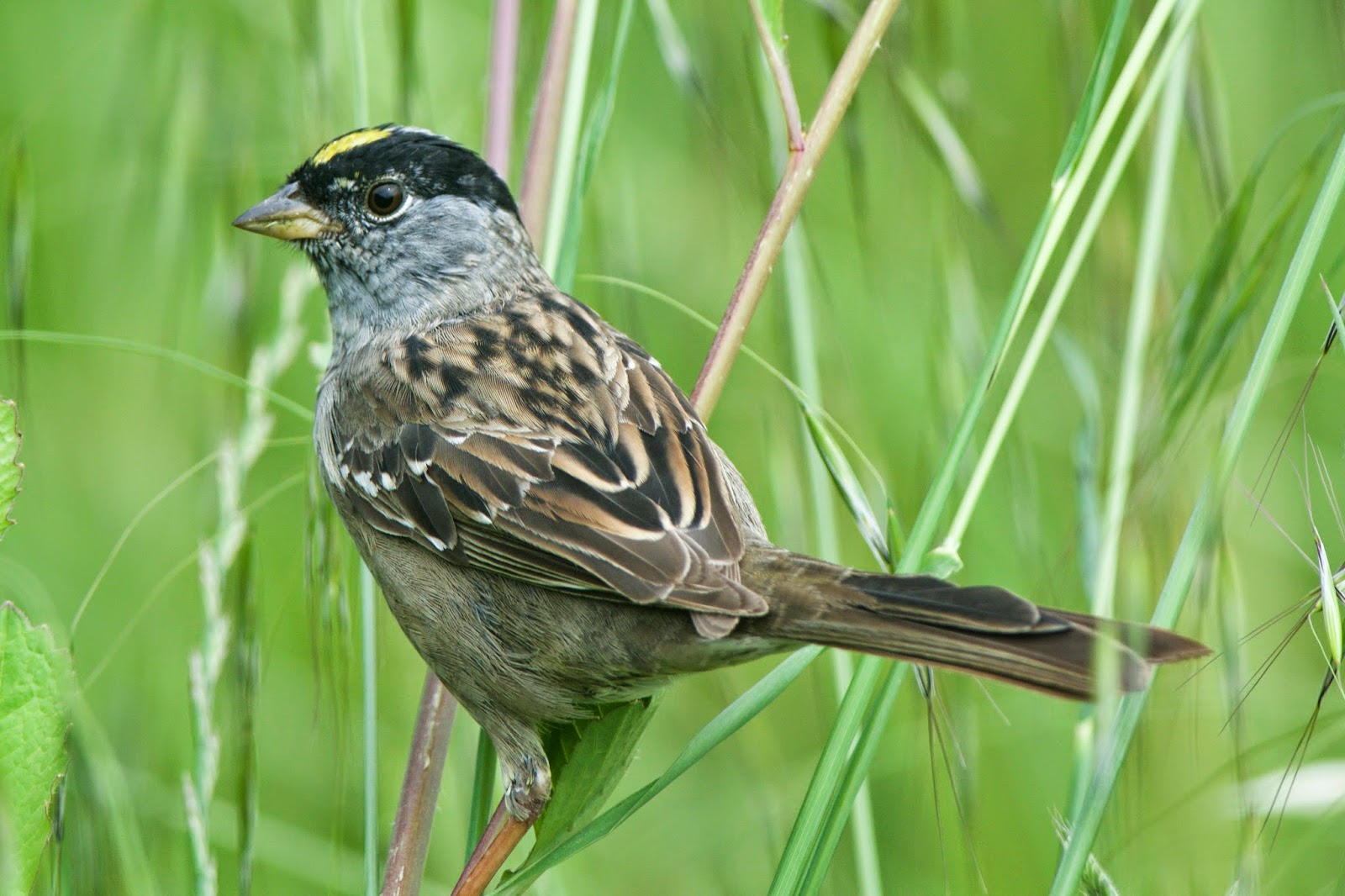 This male LESSER GOLDFINCH was feeding on the fiddleneck flowers near my local patch here in town.  Goldfinches love this stuff: 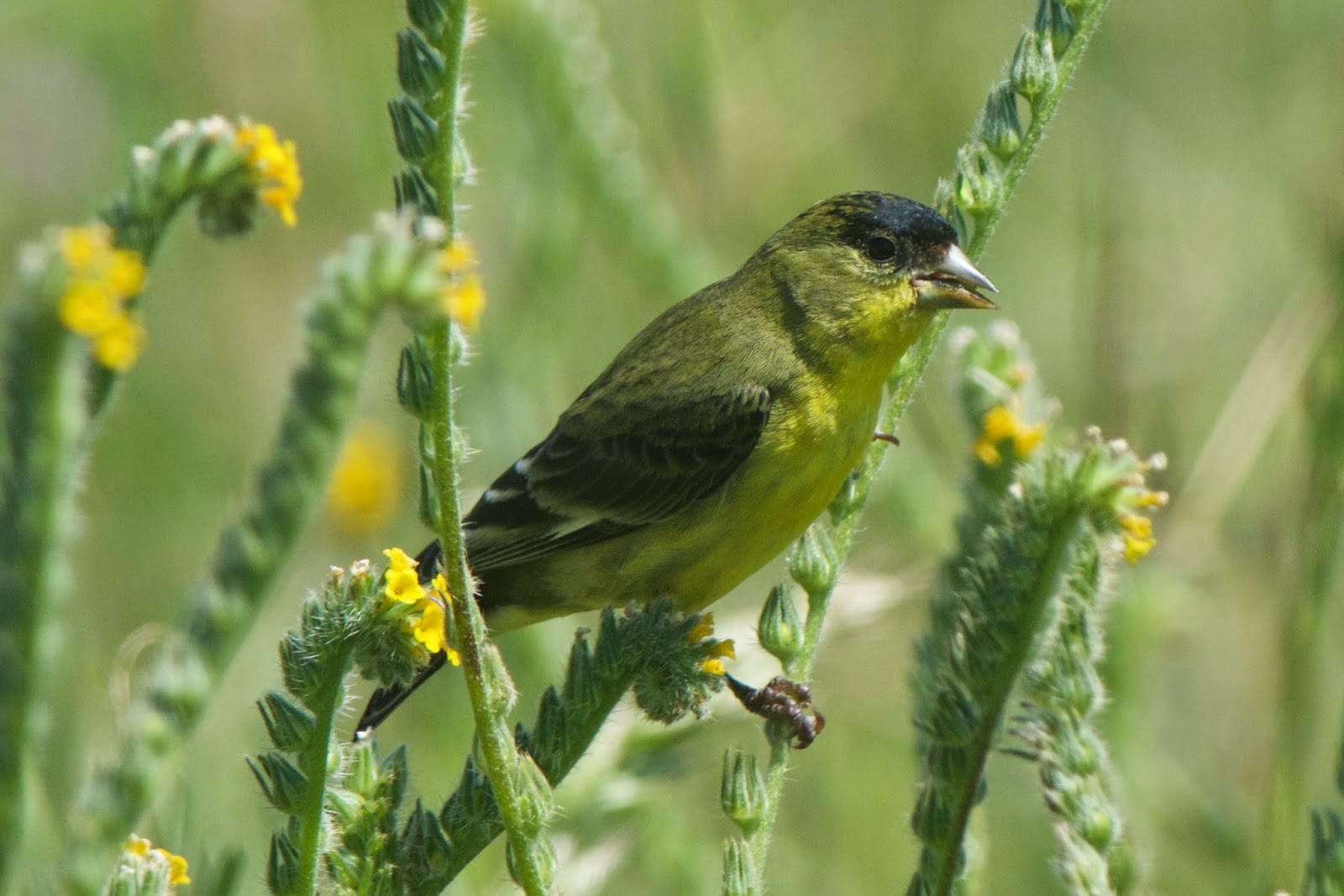 Speaking of goldfinches on fiddleneck, we ventured up to Latrobe Road this past weekend with a couple of species in mind, specifically county year birds.  These LAWRENCE'S GOLDFINCHES fit the bill perfectly: 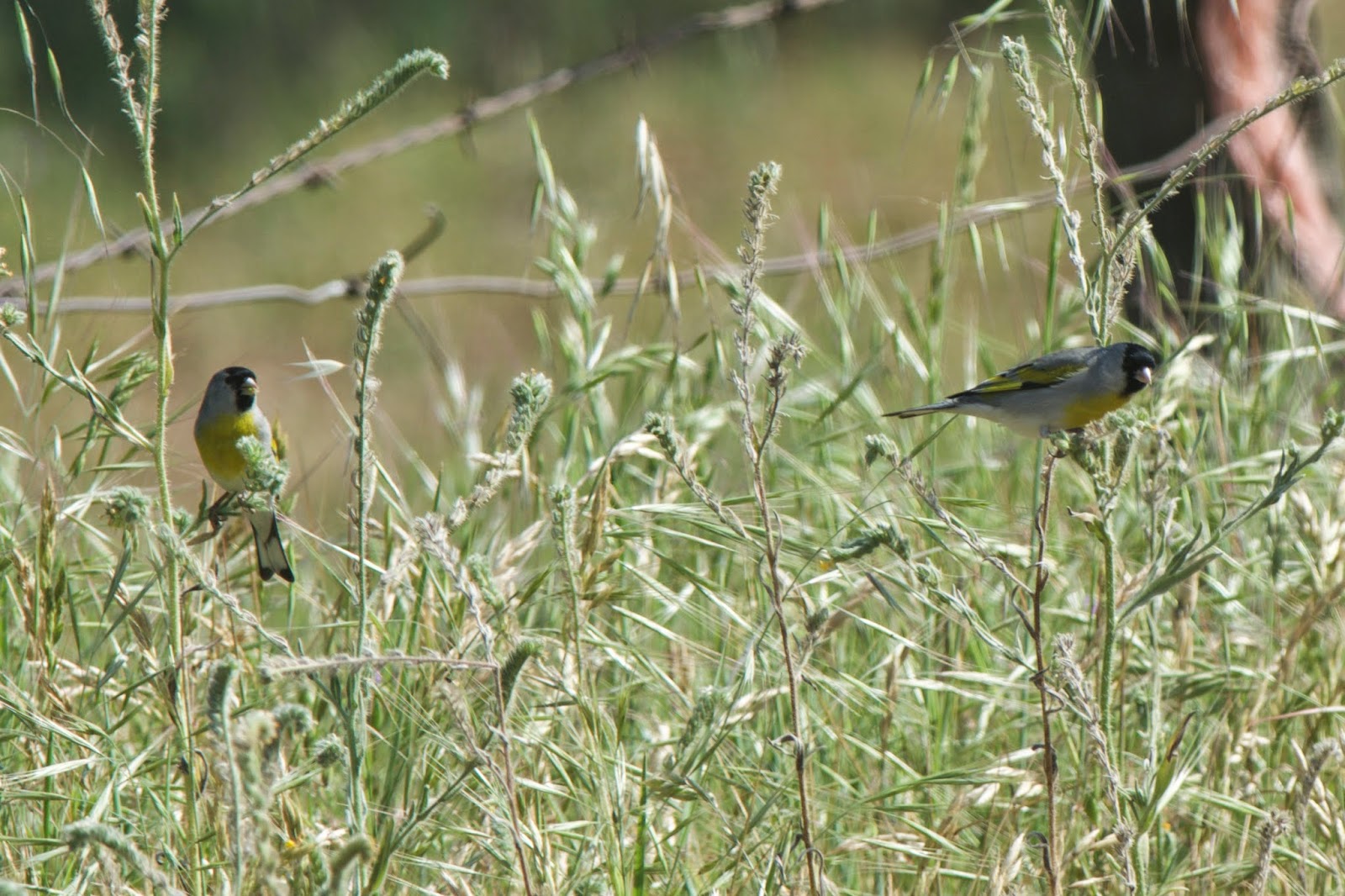 They weren't overly tame but just standing in the warm, oak foothills on a spring morning and listening to them in full song was a treat.  Here's a picture of a male without the distraction of all the fiddleneck they were feeding on: 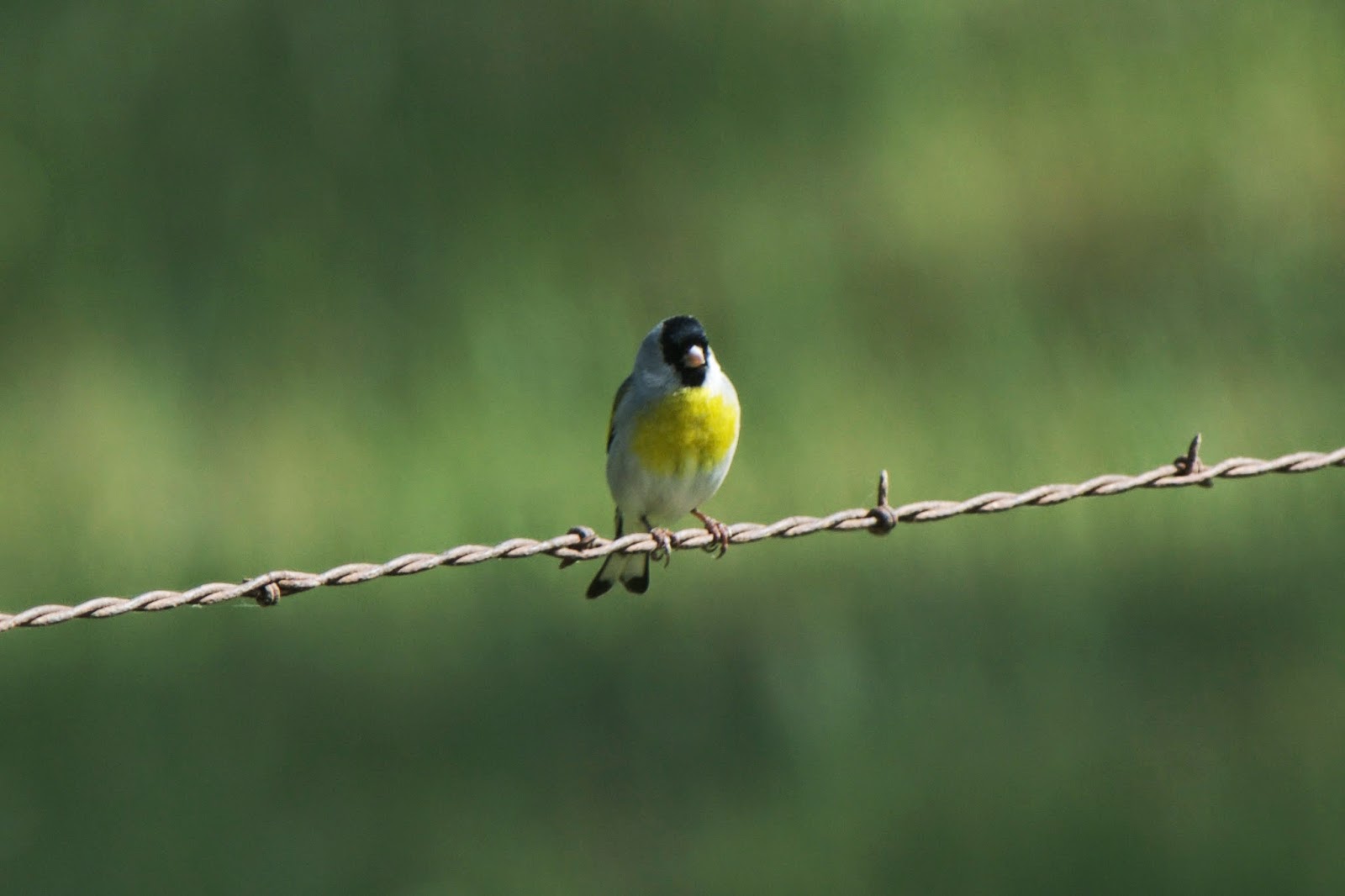 Oh, and yes, we finally tracked down some ASH-THROATED FLYCATCHERS.  In fact, they went from nonexistent to abundant in just a few days.  Here's one at the local patch in town yesterday: 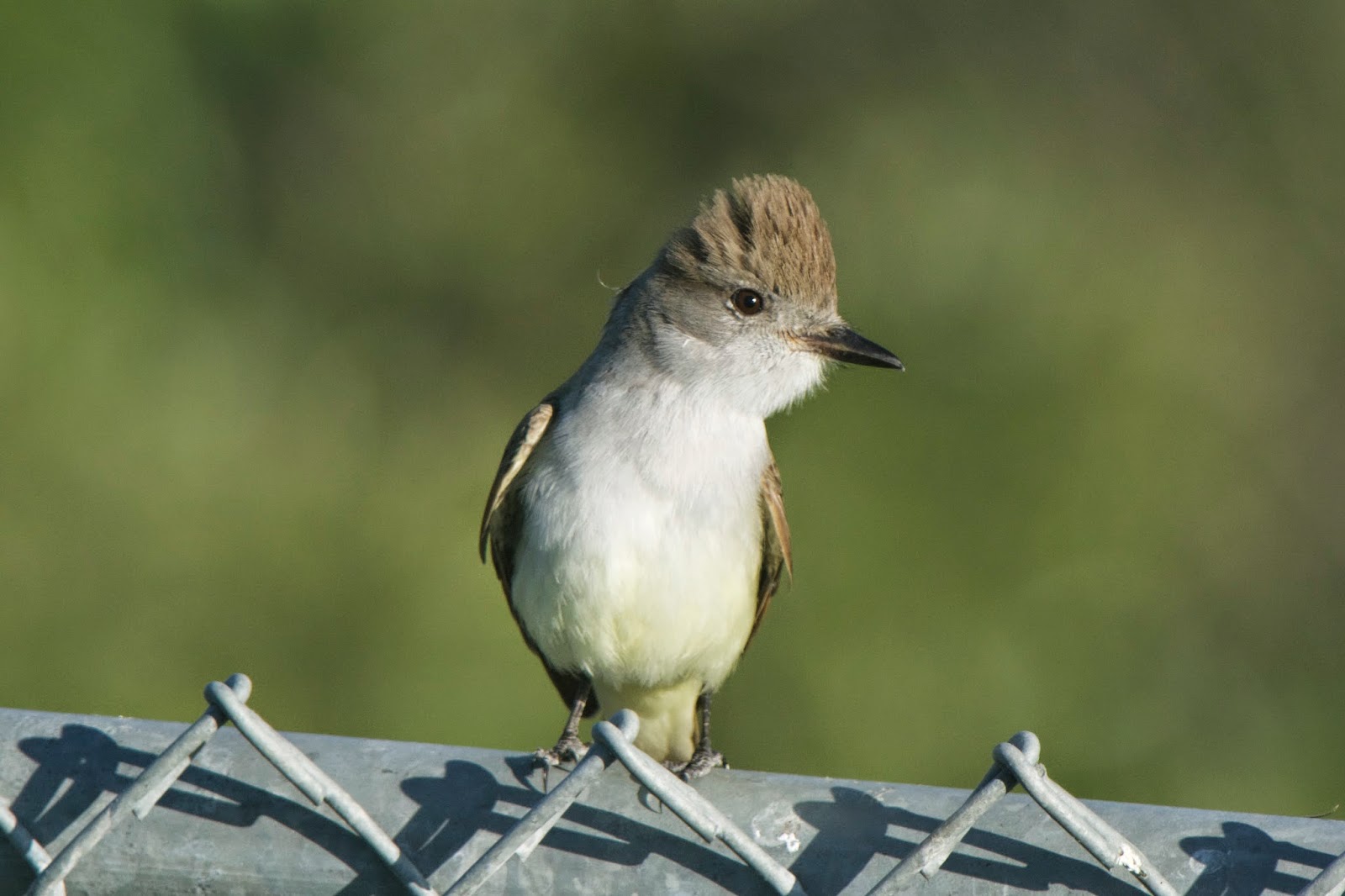 Remember the madness with all the CALLIOPE HUMMINGBIRDS?  Yeah, it has continued!  Here's yet another male CALLIOPE feeding on a flowering tree just yesterday: 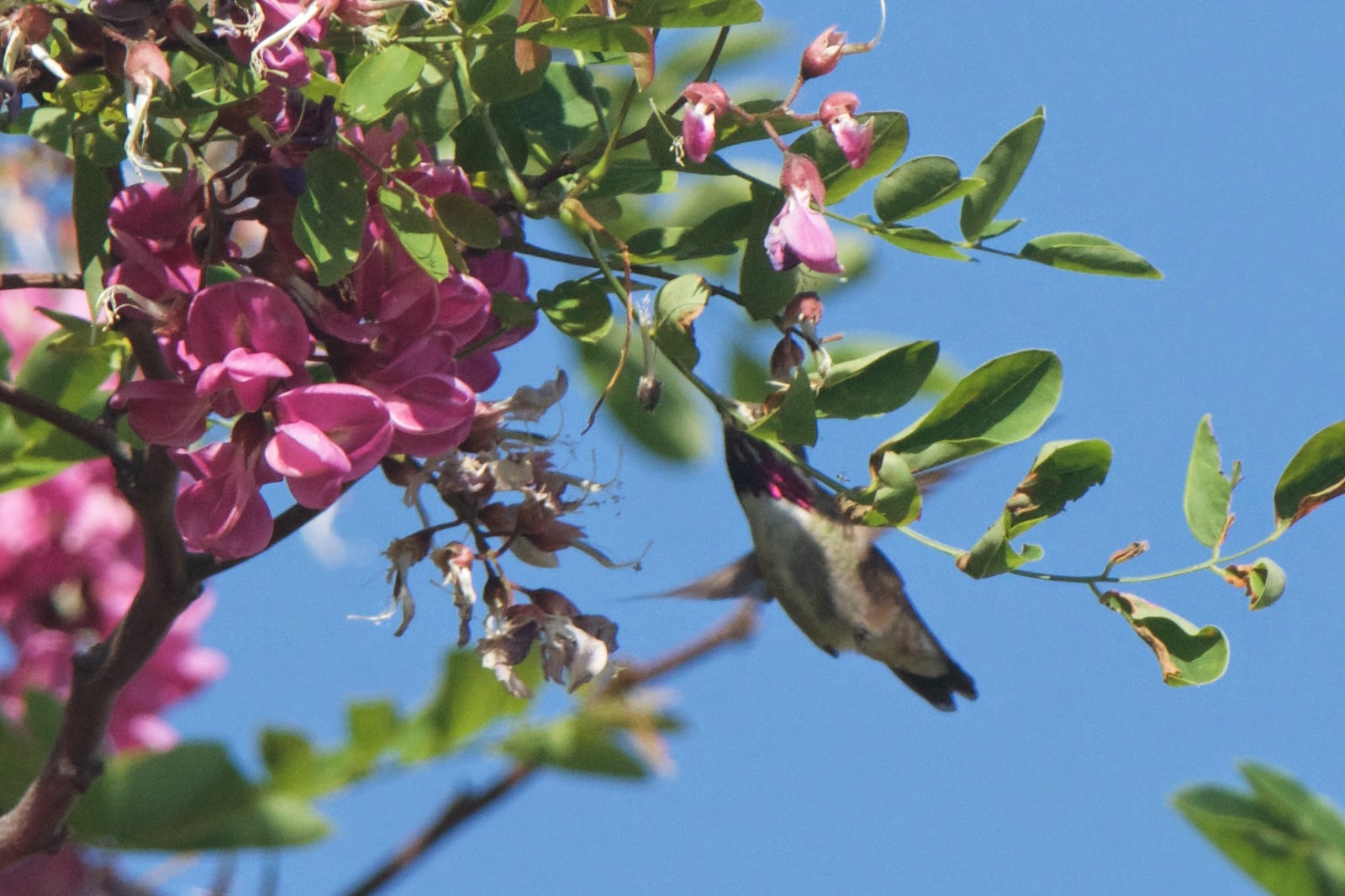 This was only about 0.5 miles from the male I saw 4 days ago so perhaps it's the same bird?  Either way, I'm starting to think I might be good luck for these! 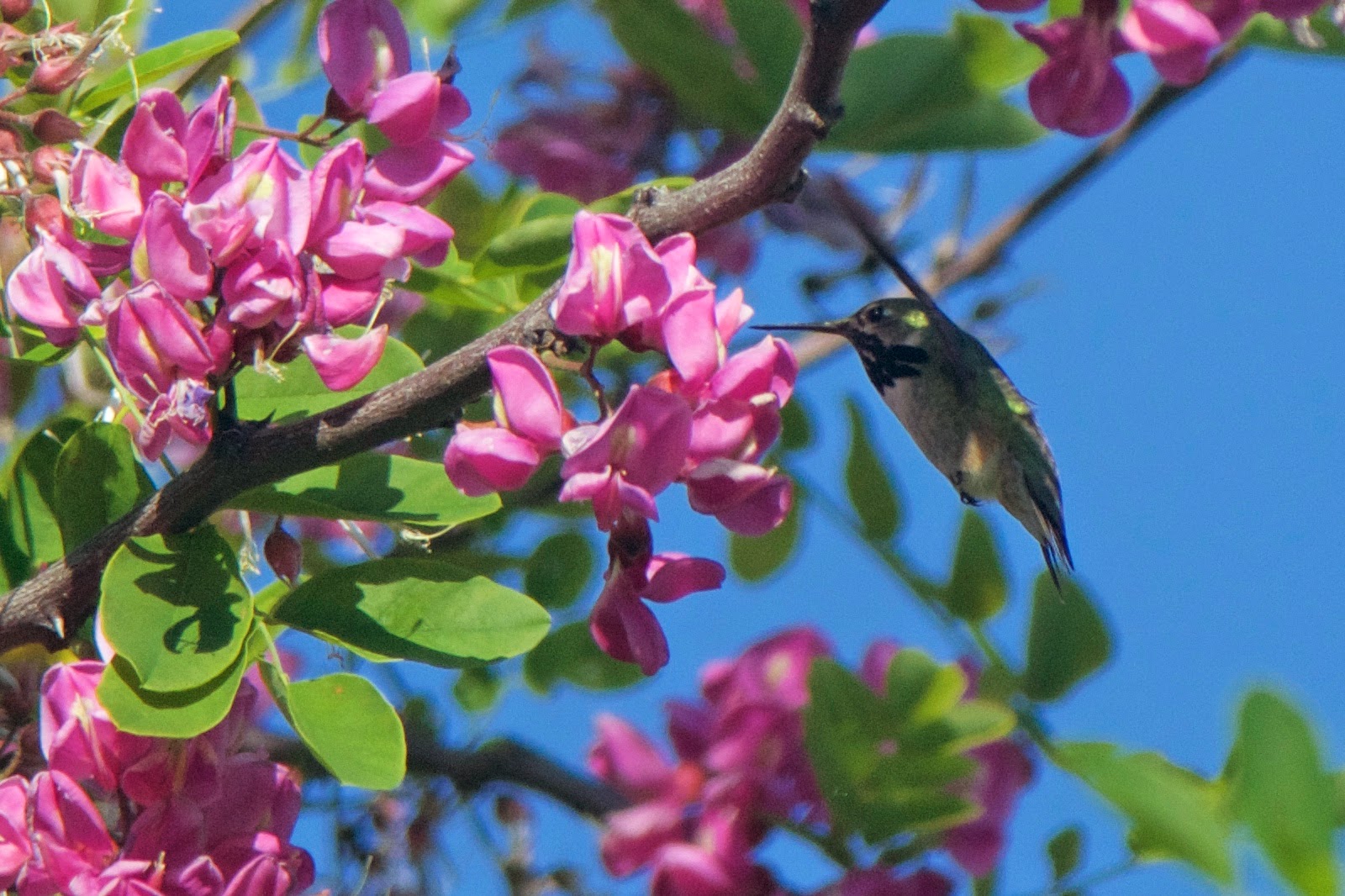 I had another piece of good fortune yesterday when I happened to find a singing CASSIN'S VIREO in the urban neighborhood right near where I live.  Although they're regular migrants through the valley, it was one of a few migrants that I still needed for the year.  On top of that, I've certainly never had one in such an urban environment around here.  It was clearly a migrant that had dropped in (this was shortly after dawn) and was trying to find some better habitat.  Hopefully it did.