April at the LOPA

You know the routine by now; yes, I've birded the local patch and yes, I've seen some stuff from my yard as well.  This post won't break the trend...

I found a COOPER'S HAWK nest between here and the park.  I glance up every time I'm around and most often see a hawk in the area peering back at me: 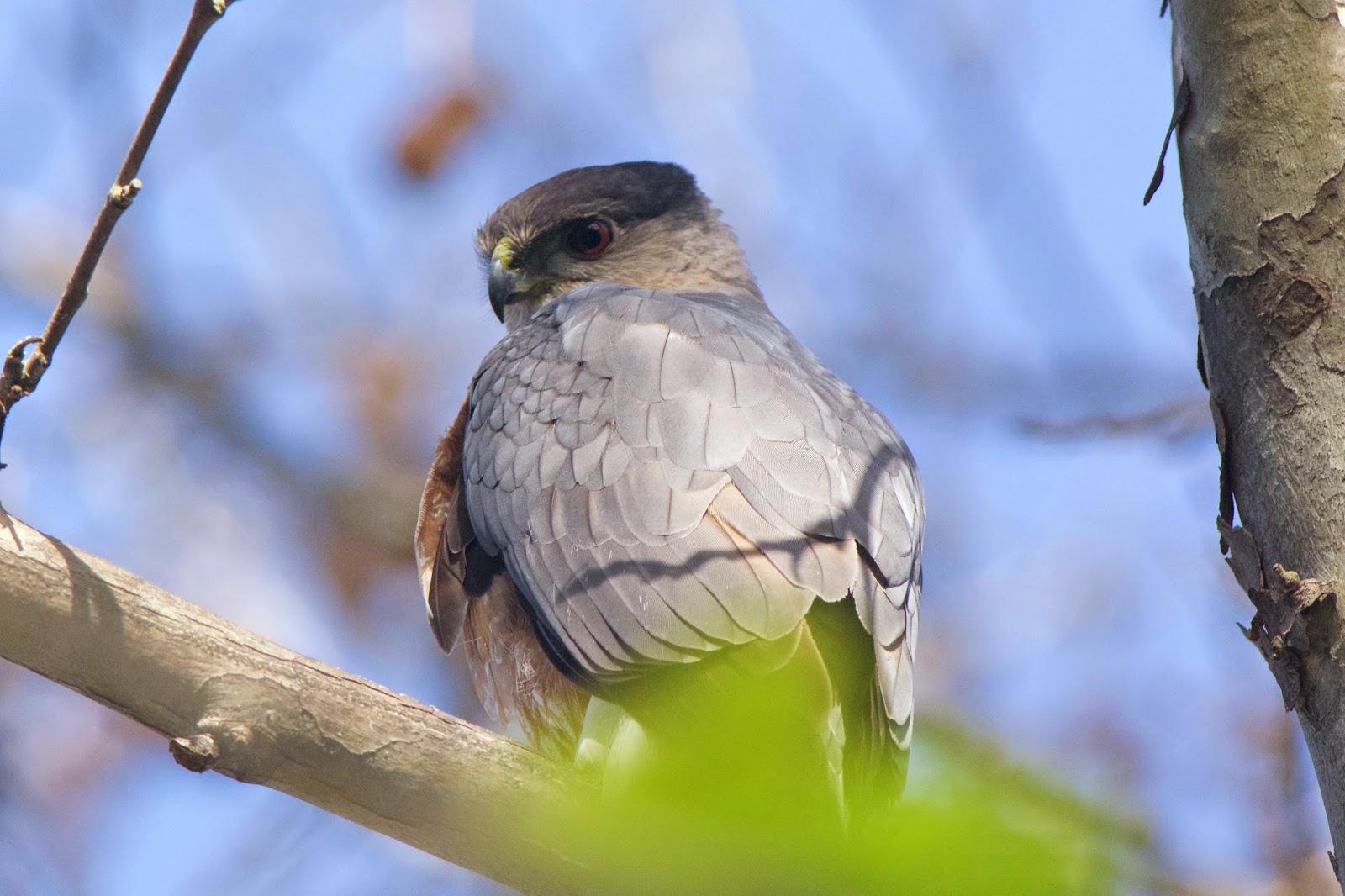 Cliff Swallows are the most numerous swallow I see on a daily basis around here followed closely by Tree and Barn swallows.  Bank Swallow is the rarest, I've yet to see this species in the county.  Purple Martins nest very locally in the county and I do manage to see them at least once a year.  Notice anything missing?  Yes, we do have NORTHERN ROUGH-WINGED SWALLOWS around too, they're not that uncommon either: 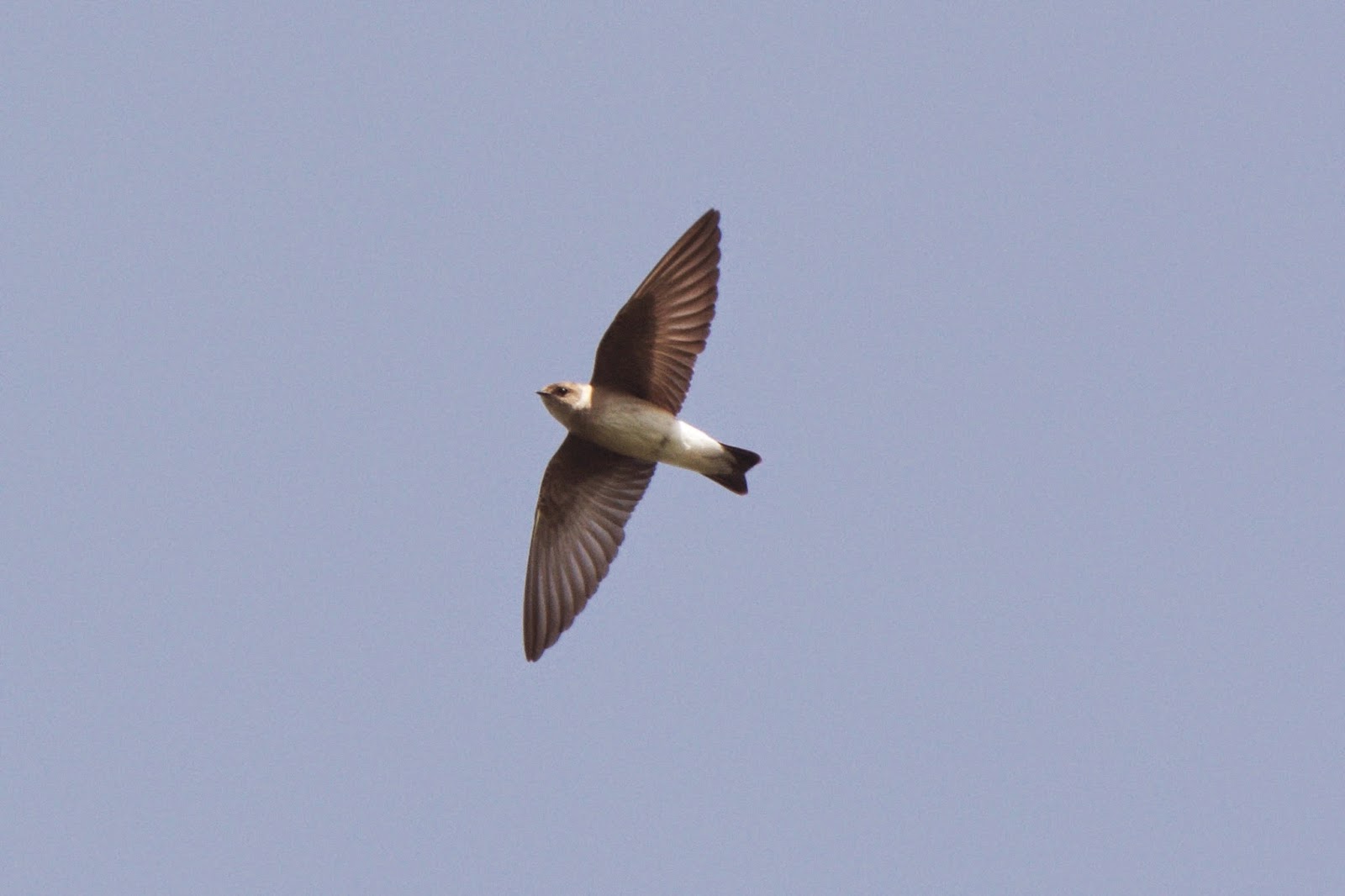 This NORTHERN MOCKINGBIRD allowed some incredible photo ops.  It's probably my best shot of a mockingbird head to date... if I were keeping track: 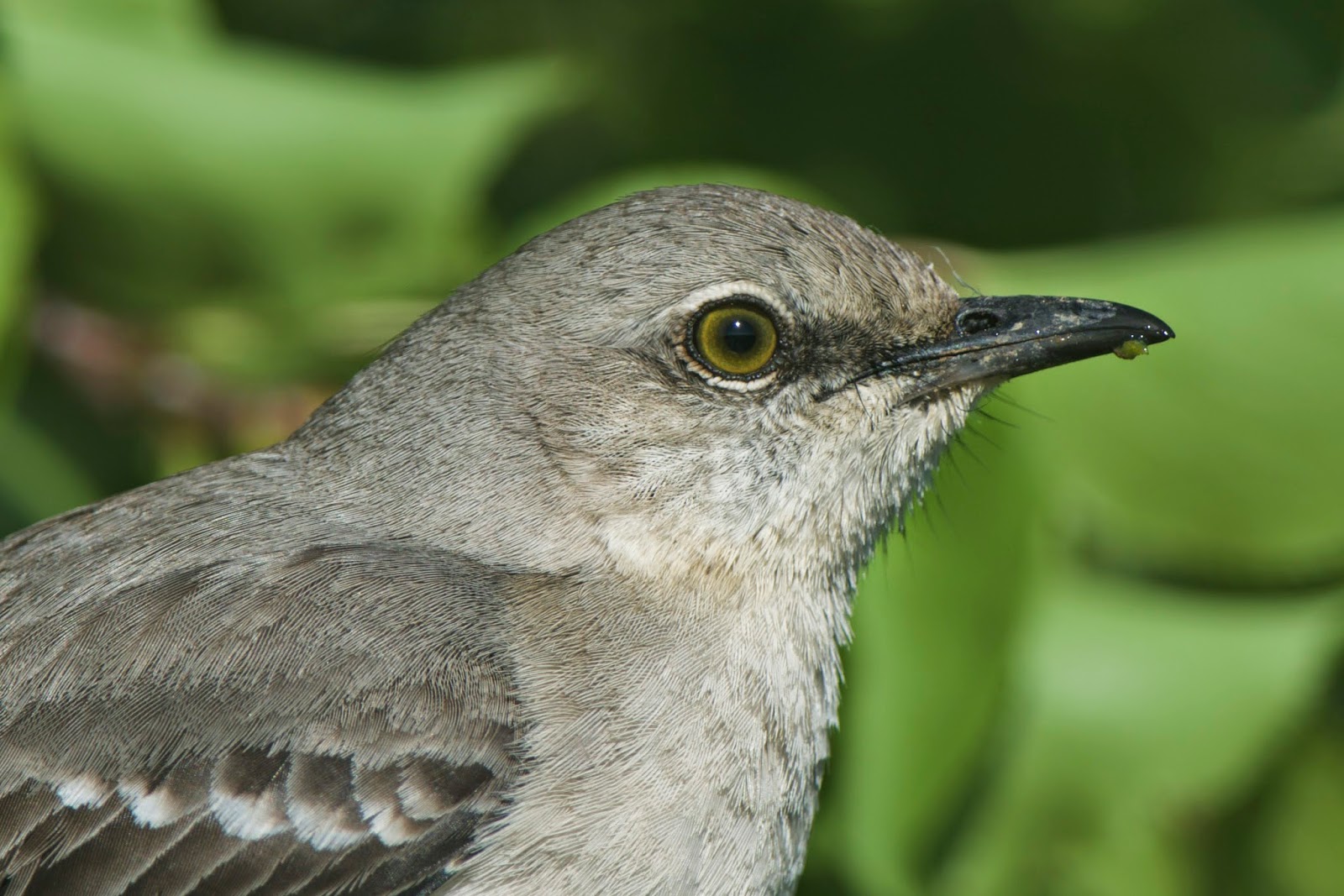 This time of year has quite a few large shorebirds moving around the valley.  For example, the Long-billed Curlews are migrating out, Whimbrel are migrating through, and BLACK-BELLIED PLOVERS are leaving their wintering grounds and migrating north as well.  Here's a part of a flock of 10 that zoomed north overhead yesterday morning: 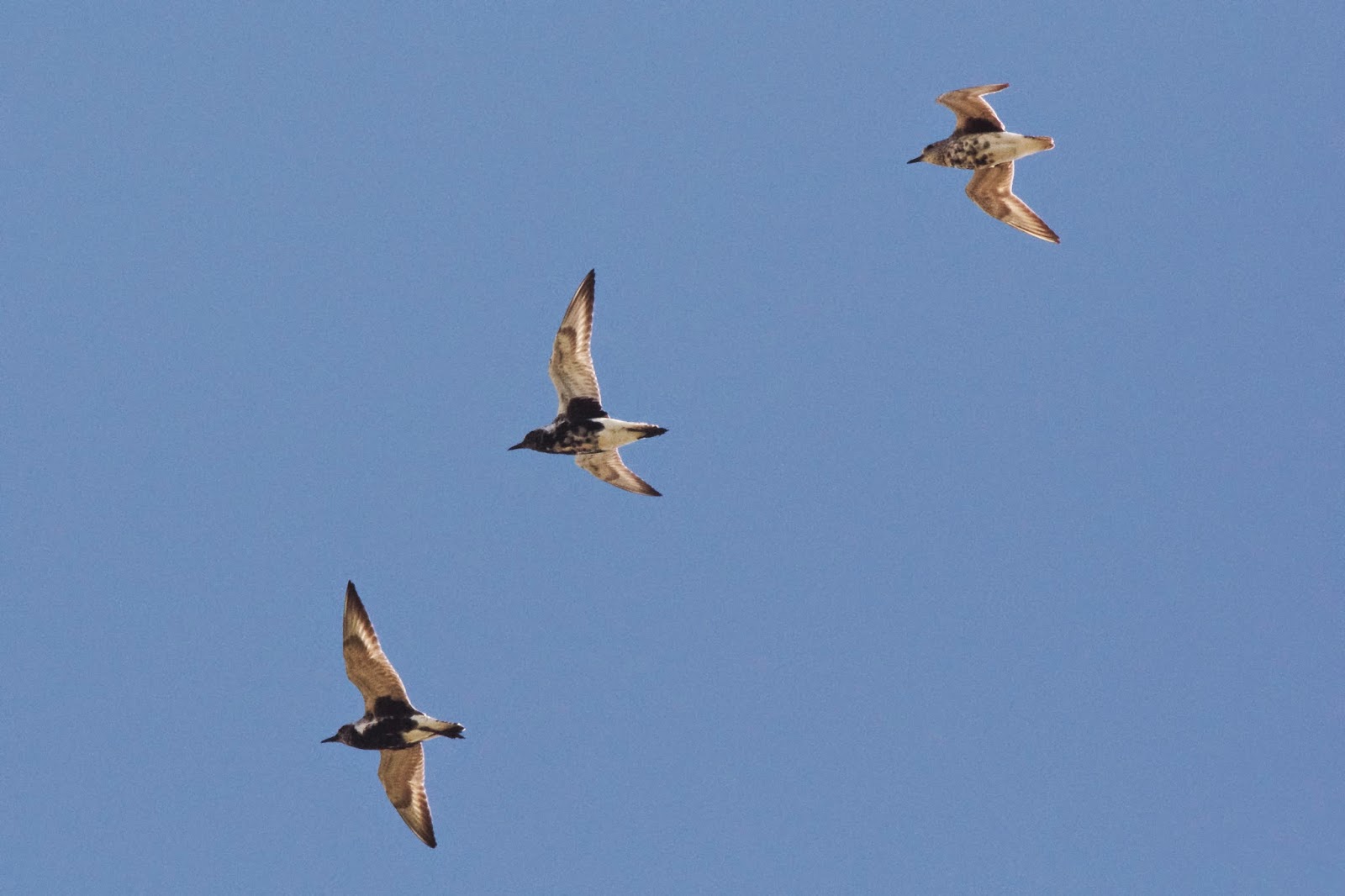 CEDAR WAXWINGS tend to stick around.  They don't breed around here but they do spend 10 of the 12 months here so by the time you notice they're gone... they're back.  Here's one at the park: 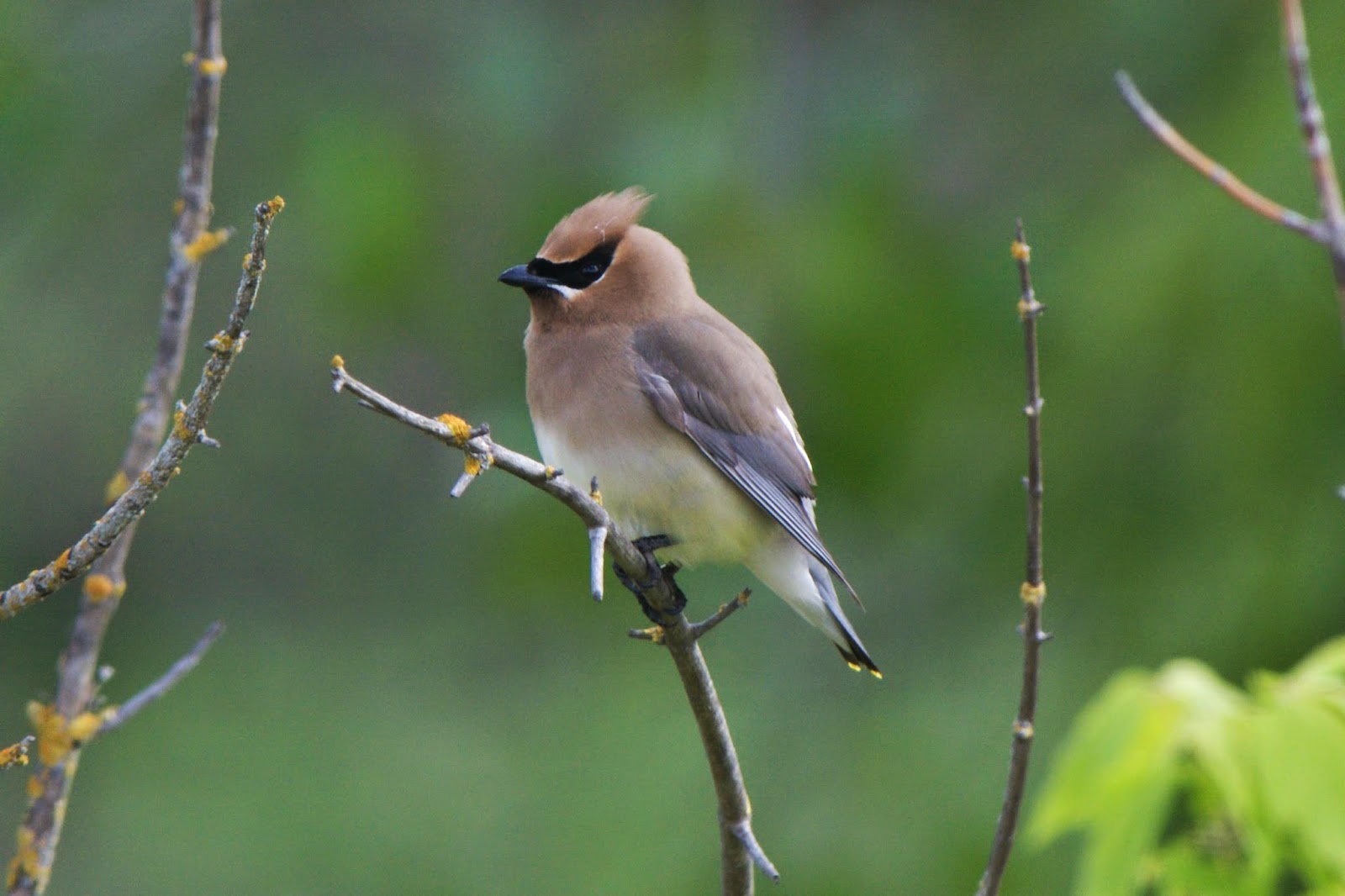 I usually spend a couple of hours at the local park birding and, as of late, have been reaching about 50 species.  This last visit was my highest total yet of the season (checklist seen here).

Back at home, daily checklists from the yard produce largely the same species.  I have had my first WHIMBREL of the spring though; they'll be coming through in earnest soon and it won't be uncommon to see and hear them from the apartment.  Hummingbirds continue to be frantic at the feeder; I watched a swarm of ~10 the other evening before dusk.  This female RUFOUS HUMMINGBIRD has been a reliable staple the last couple of days as well: 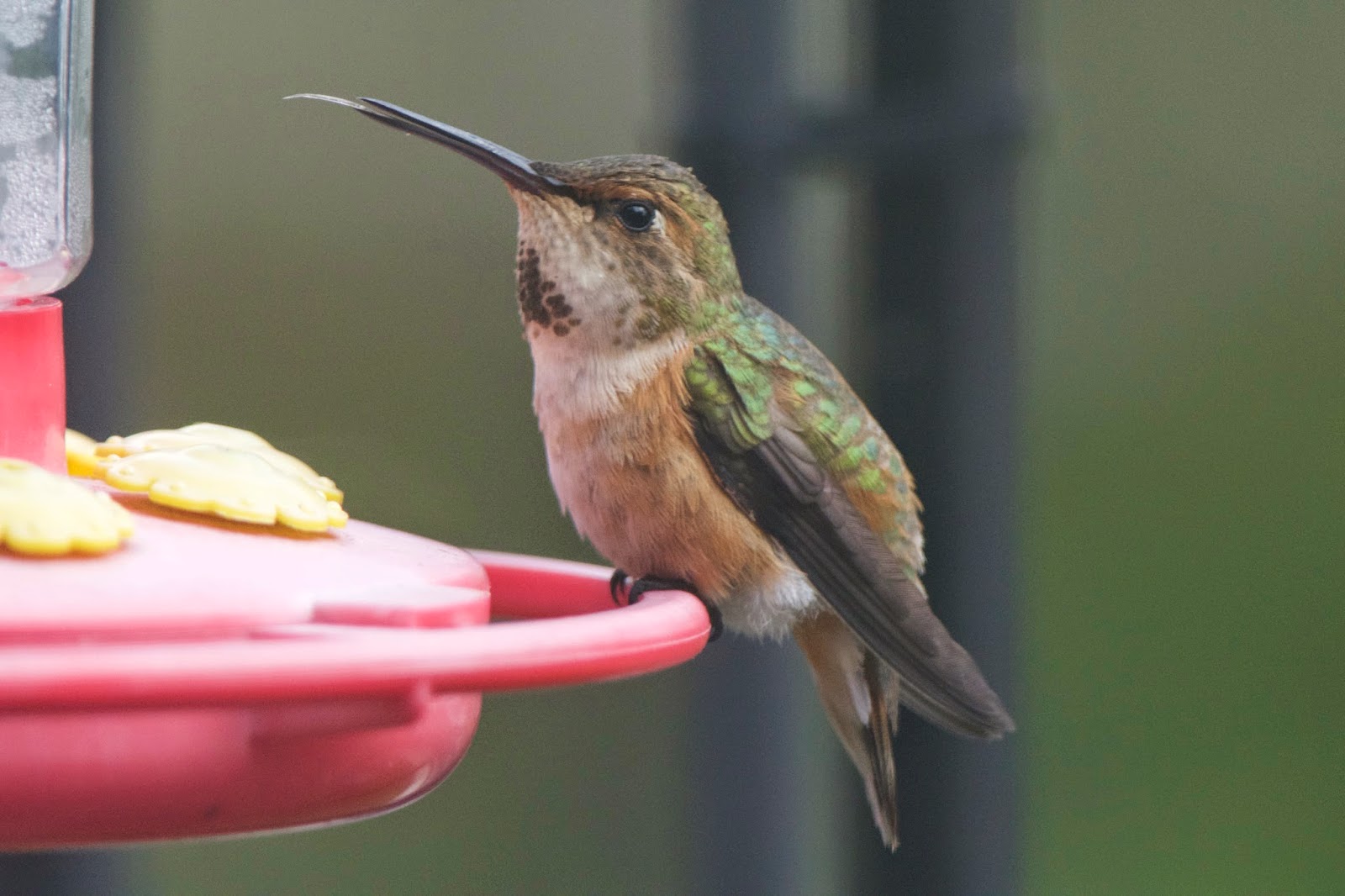 This grainy photo shows another recent arrival, a male BLACK-CHINNED HUMMINGBIRD.  This species will breed in the neighborhood although I've yet to see a female this spring. 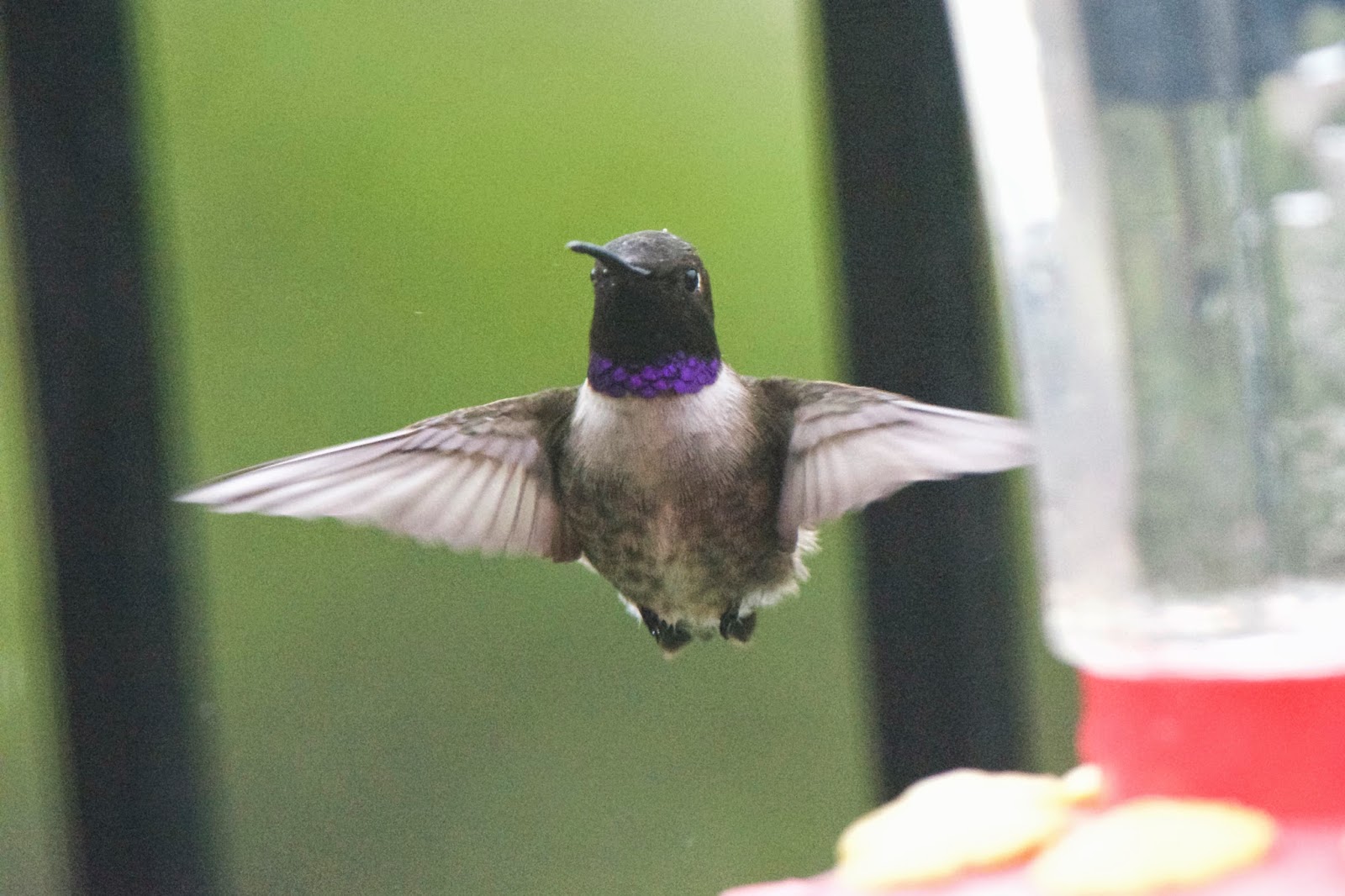 Speaking of hummingbirds though, not all of the nests made by ANNA'S HUMMINGBIRDS do a good job at staying where it belongs.  This empty nest had fallen out of a tree by some recent storms: 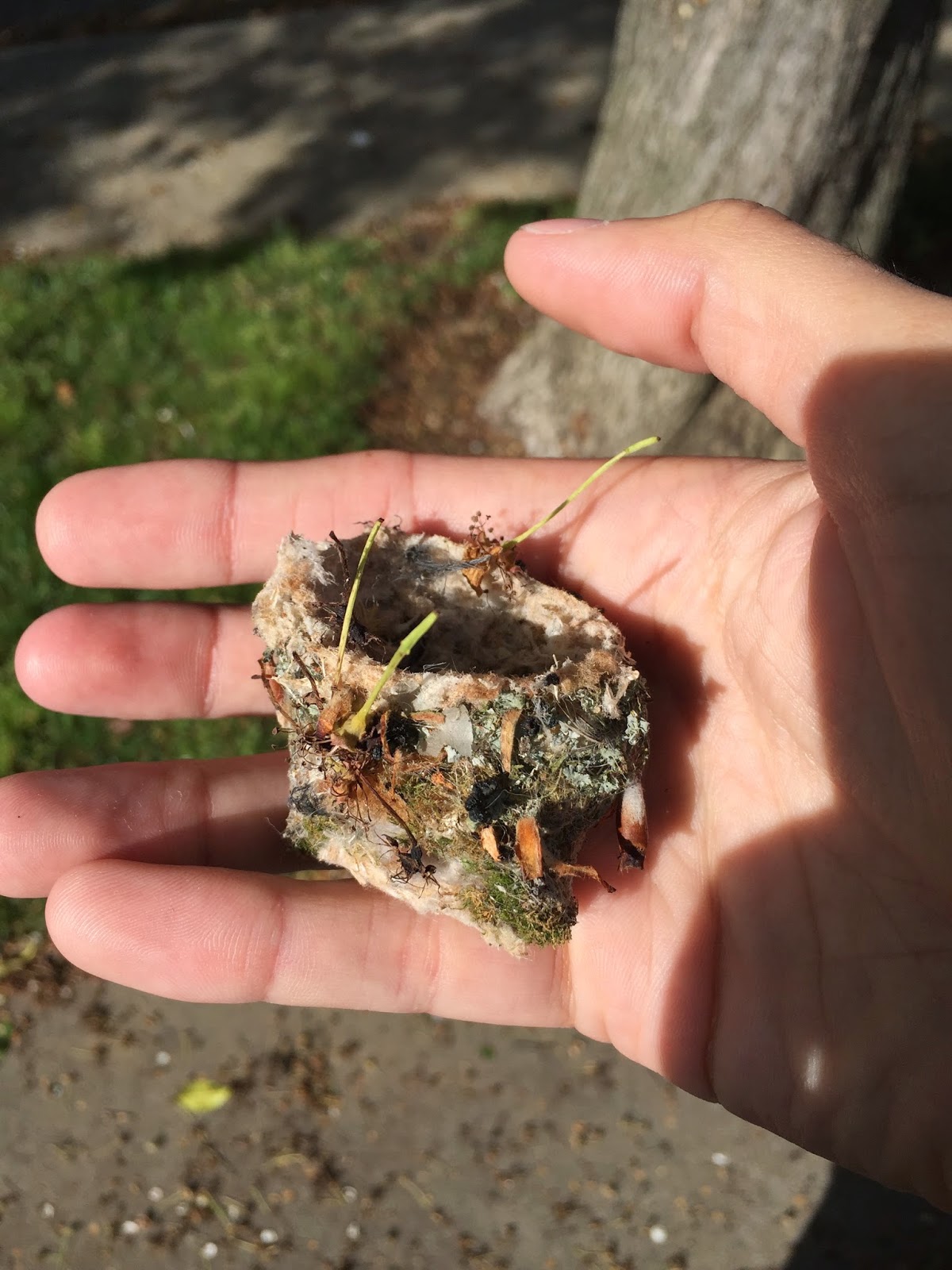