After having been in California for the past several springs, I was really looking forward to spending some quality time in the eastern half of the country during spring migration.  After all, it's there that I grew up and did most of my birding.  Nothing against spring in California but I found myself seriously craving to hear something like a parula.  Well, that recently came to fruition; we're in northeast Missouri for another 10 days before we depart for Alaska.

That has translated to us being around several songsters that we hadn't heard in years.  For example, we stepped outside that first day and heard the easily-recognizable song of a BLUE-WINGED WARBLER and a PRAIRIE WARBLER that have set up territories nearby.  Pretty fun yard breeders, right?  They didn't want to play around too much but I did manage some photo documentation of the PRAW: 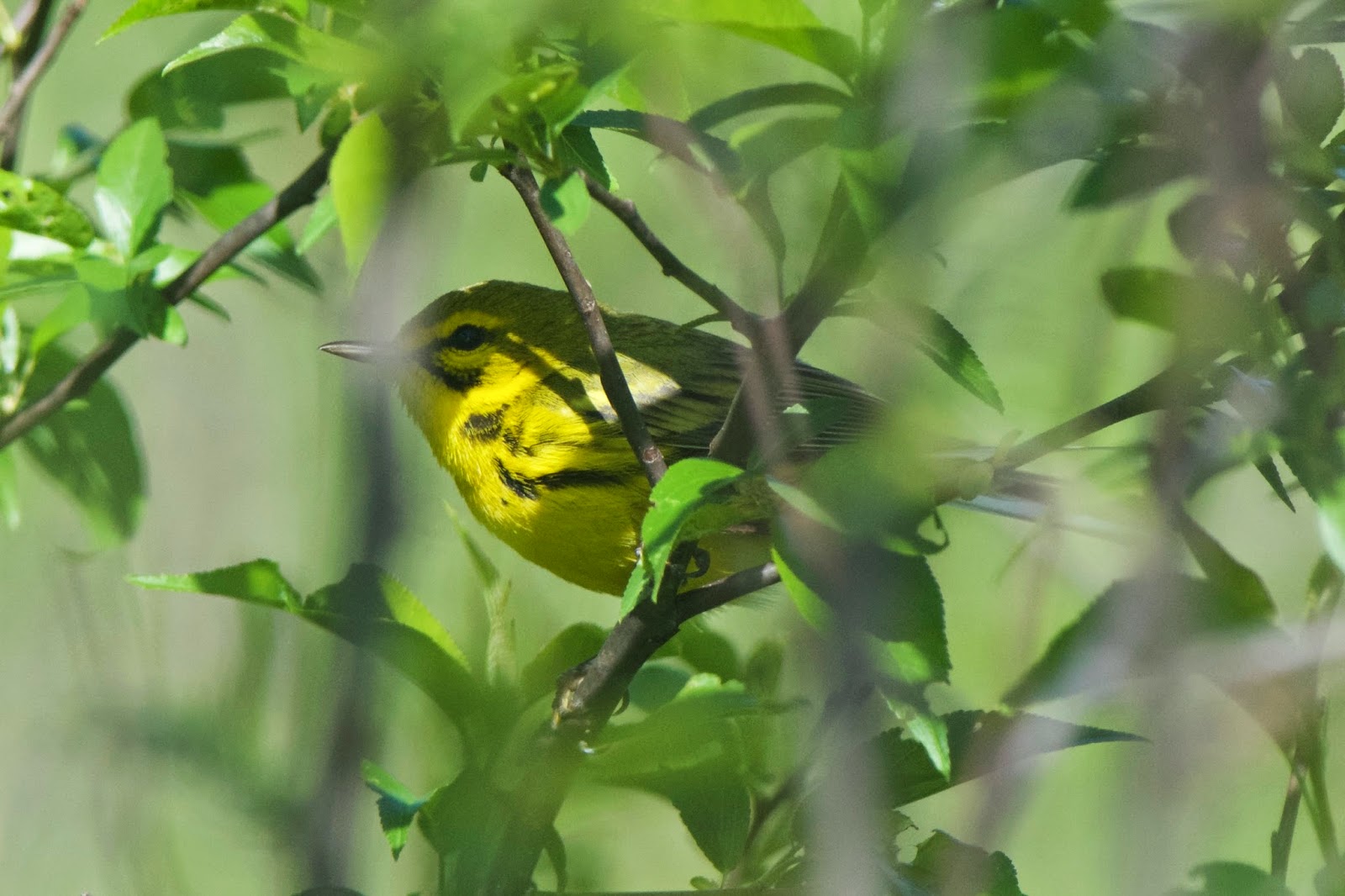 Another common songster that I haven't been around in quite a while is the SUMMER TANAGER.  These guys are borderline abundant here.  How is this not the state bird of Missouri?  Here's a male: 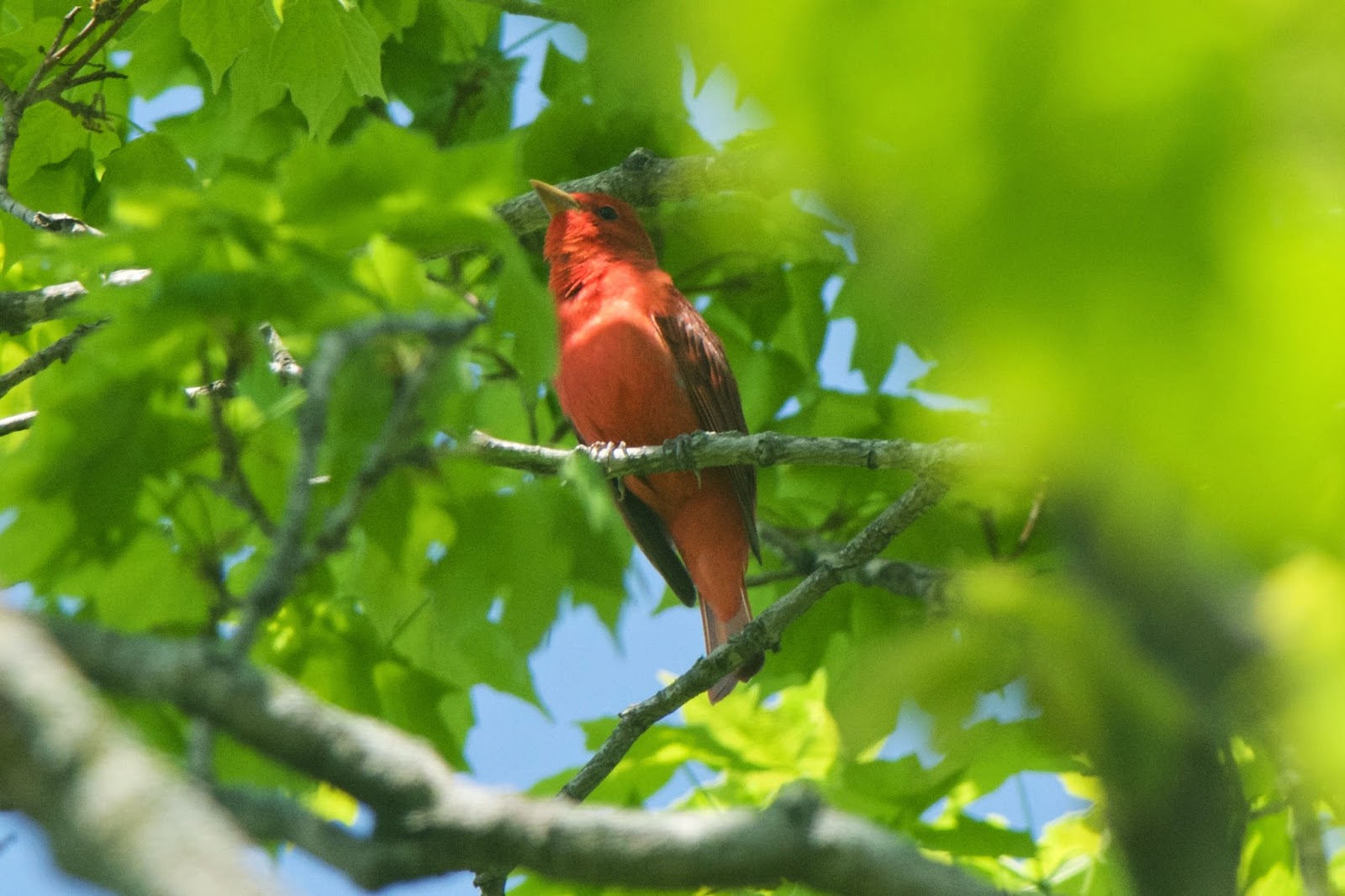 I'm not sure I've spent time in many places where KENTUCKY WARBLER is one of the most abundant breeding warbler species.  So far that seems to be the case here where there are several with territories on this parcel of land.  They've been perching up quite high while singing which allowed for this photo: 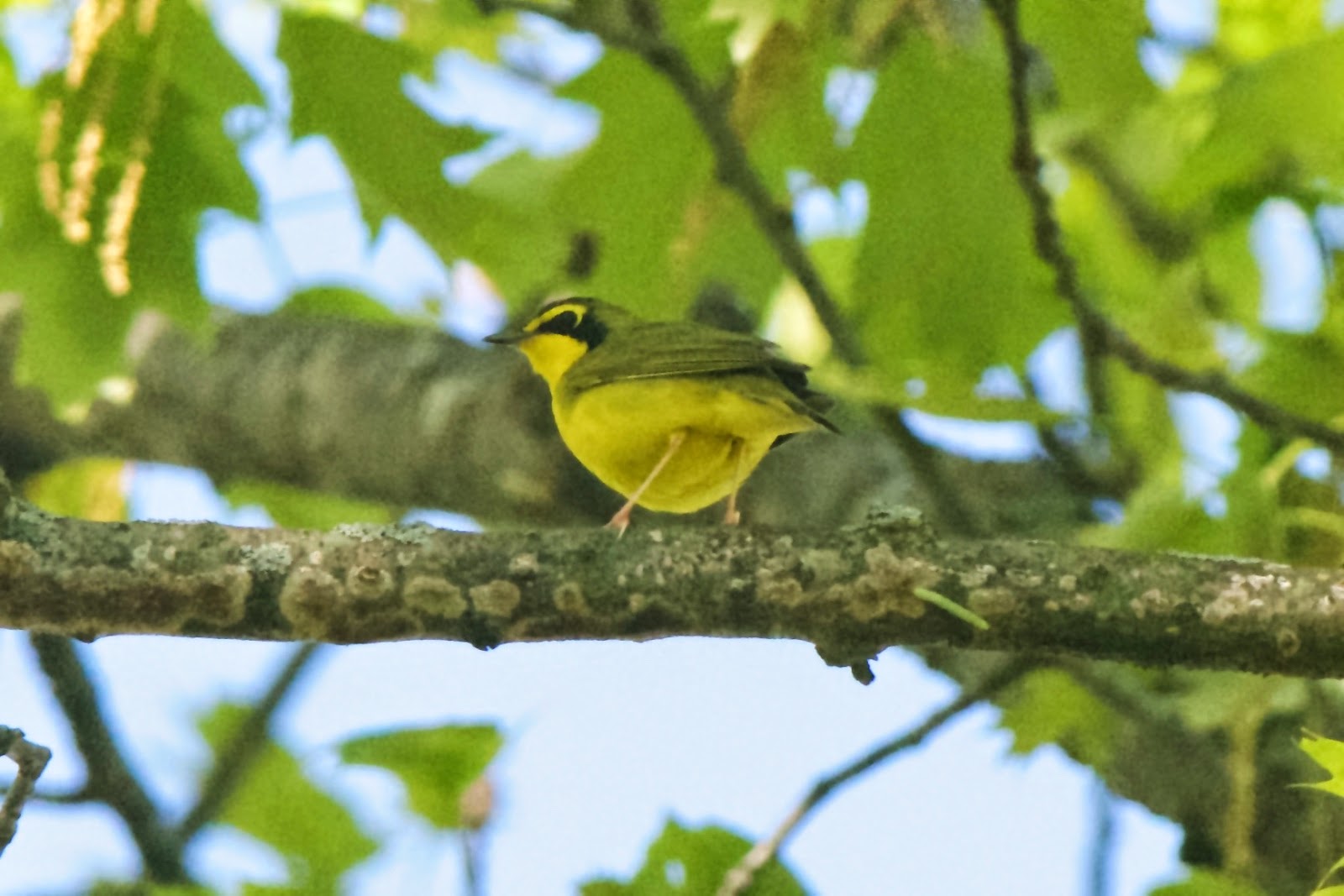 Harder to get pictures of are the multiple displaying AMERICAN WOODCOCKS that come out at dusk every night.  Although, to be fair, sometimes their distinctive calls are almost drowned out... by singing EASTERN WHIP-POOR-WILLS or the extremely vociferous BARRED OWLS that also use this land.

We've tallied about 85 species in the past couple of days here in Missouri but that's without much exploring and birding away from the property (I mean, with a first eBird county record of BLACK-BILLED CUCKOO from the back deck, why venture farther afield?).  We HAVE ventured to a couple of local spots though (this and this).

I've also enjoyed being around some insects I haven't seen in many years.  The following butterfly, well, I had never seen it before, it was a lifer: 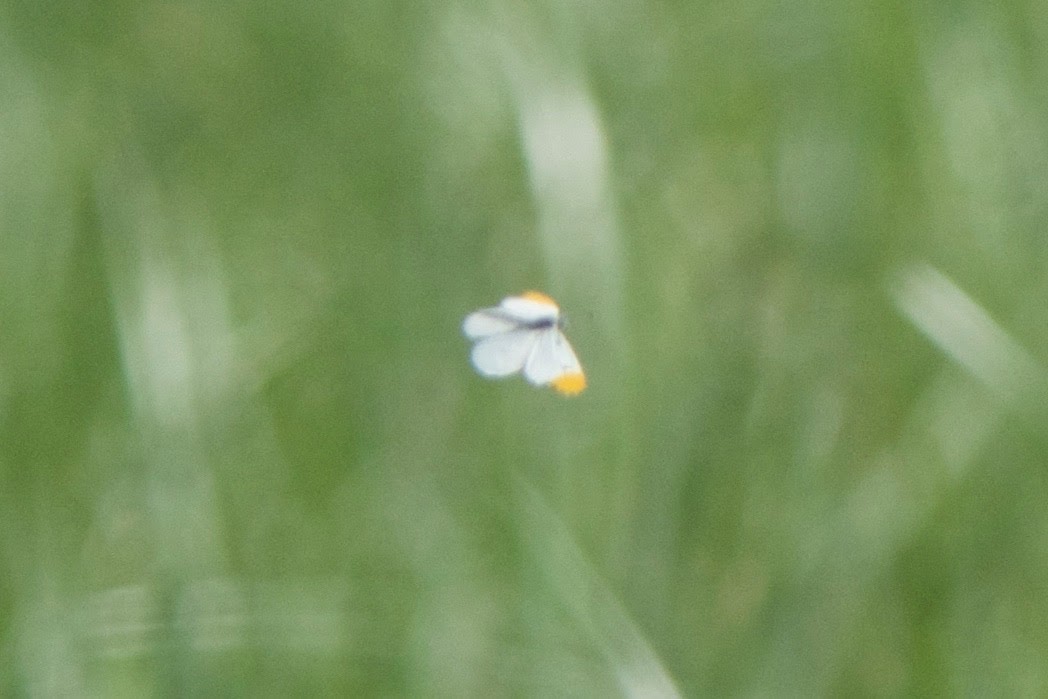 Yes, it's kind of goofy to post such a crappy in-flight photo of a FALCATE ORANGETIP but I'm not in this for any kind of prize.  Besides, a female posed later on: 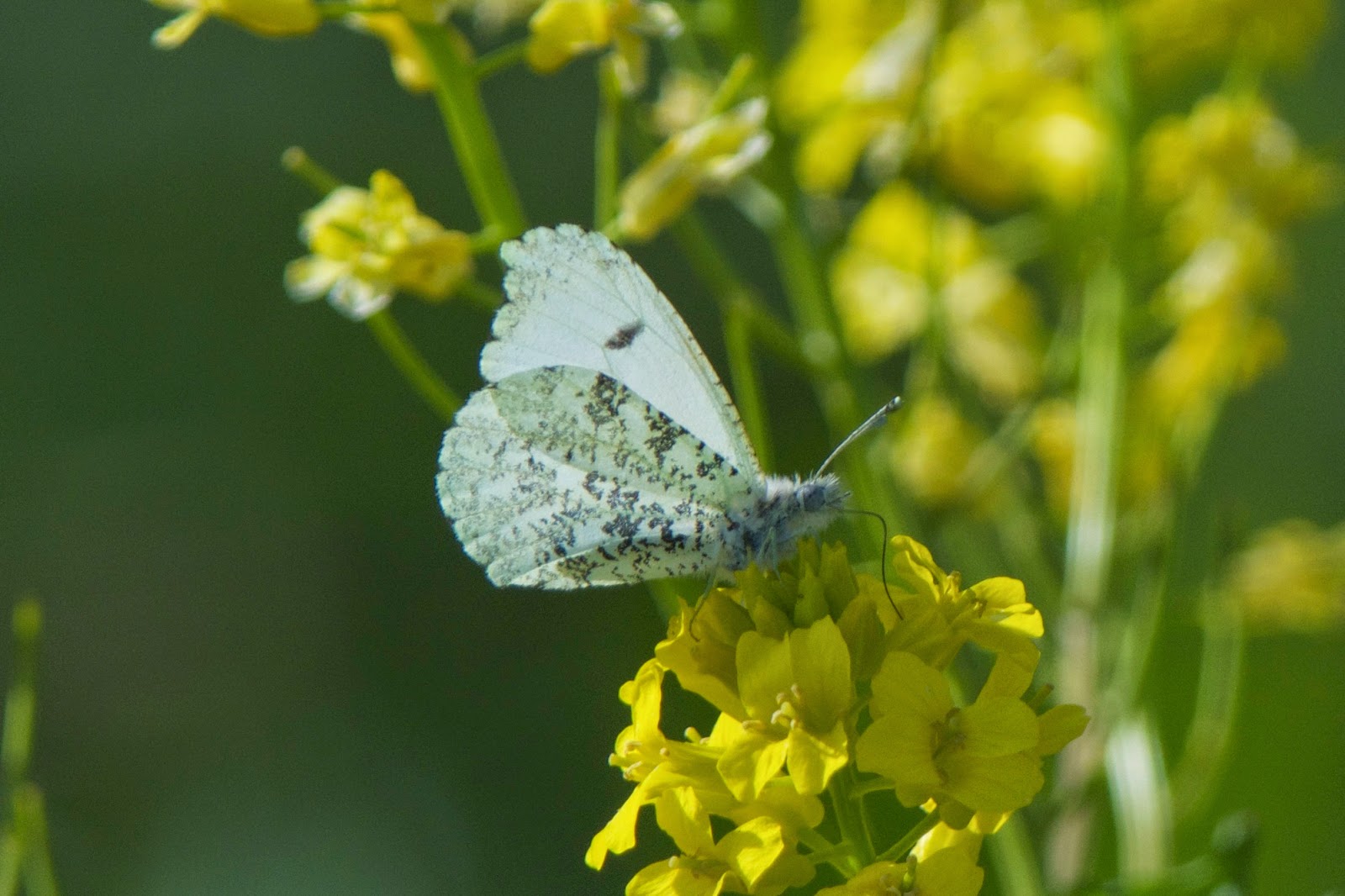 There have been some anglewings around too including MOURNING CLOAK, EASTERN COMMA, and this QUESTION MARK: 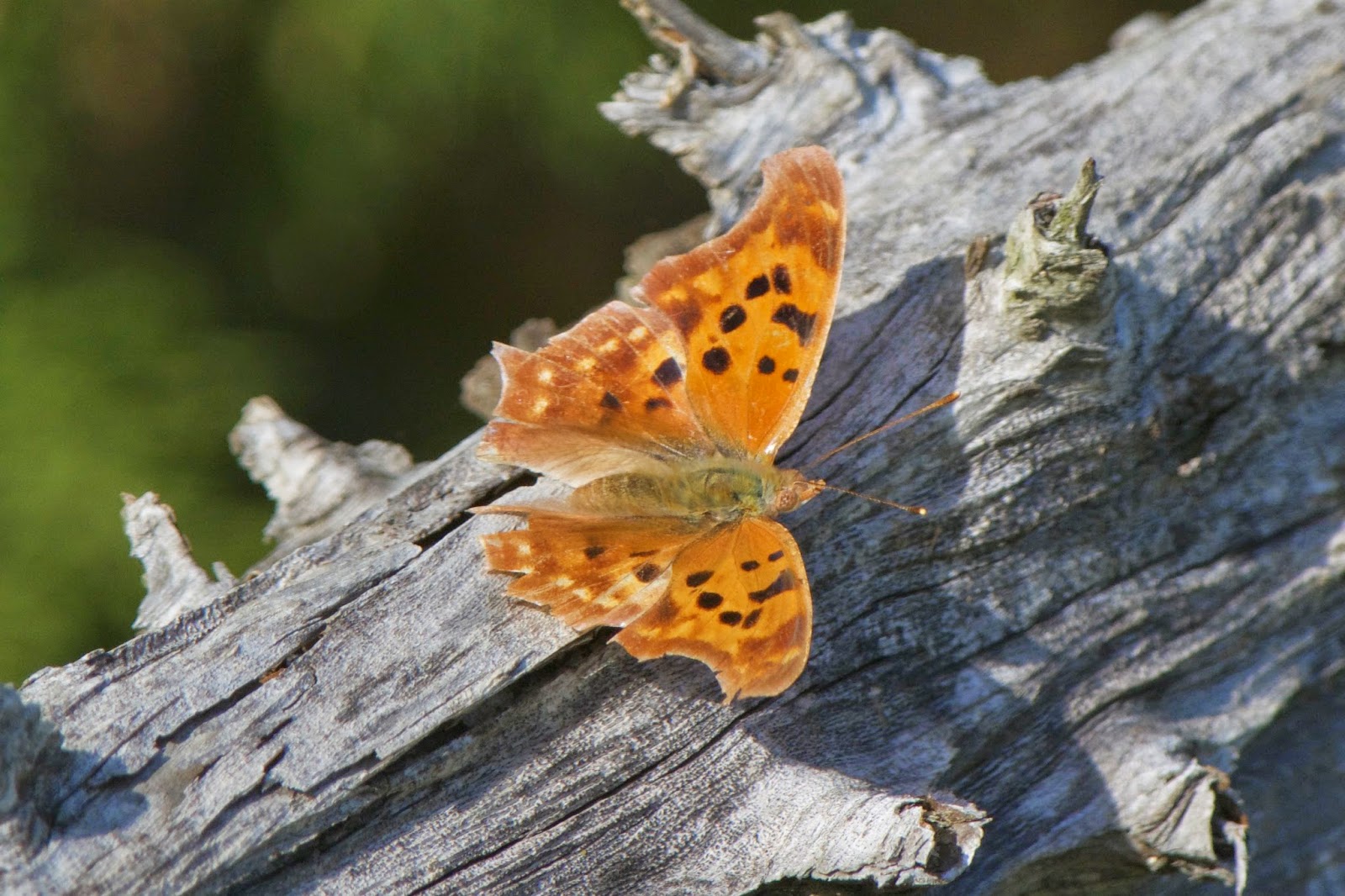