We decided to swing over to our local patch, Don Nottoli Park, yesterday evening to take a look around.  It was warm and the park was active (with people) so our expectations were pretty low.  But before we could even make it to the better habitat, we spotted a distant empid out in the open part of the park.  It looked interesting.  We scrambled.

We got closer and my hunch was correct, it was indeed a GRAY FLYCATCHER: Now, I don't really know why but I really do love this species.  Still to this day I've seen fewer than 10 of these so it's probably the newness of them that still excites me a little bit.  It really was a classic GRFL though; super long bill, a yellow lower-mandible with a sharp black tip, and the bird displayed the distinctive behavior of dipping its tail down like a phoebe.  It also gave its whit call note quite often, more often than other migrant empids I've seen around here.  I never got to study the back of the bird to look at the primary projection but GRFLs have pretty short projection.

This is actually the second time we've found one here but the previous one took us a minute or two to figure out the ID.  This time, we were ready.  The previous record was on an April 21st... 5 days after we had this one.  Seems like a nice, tight window of arrival (so far).

We also hit paydirt when this county year bird flew over, a WHIMBREL: 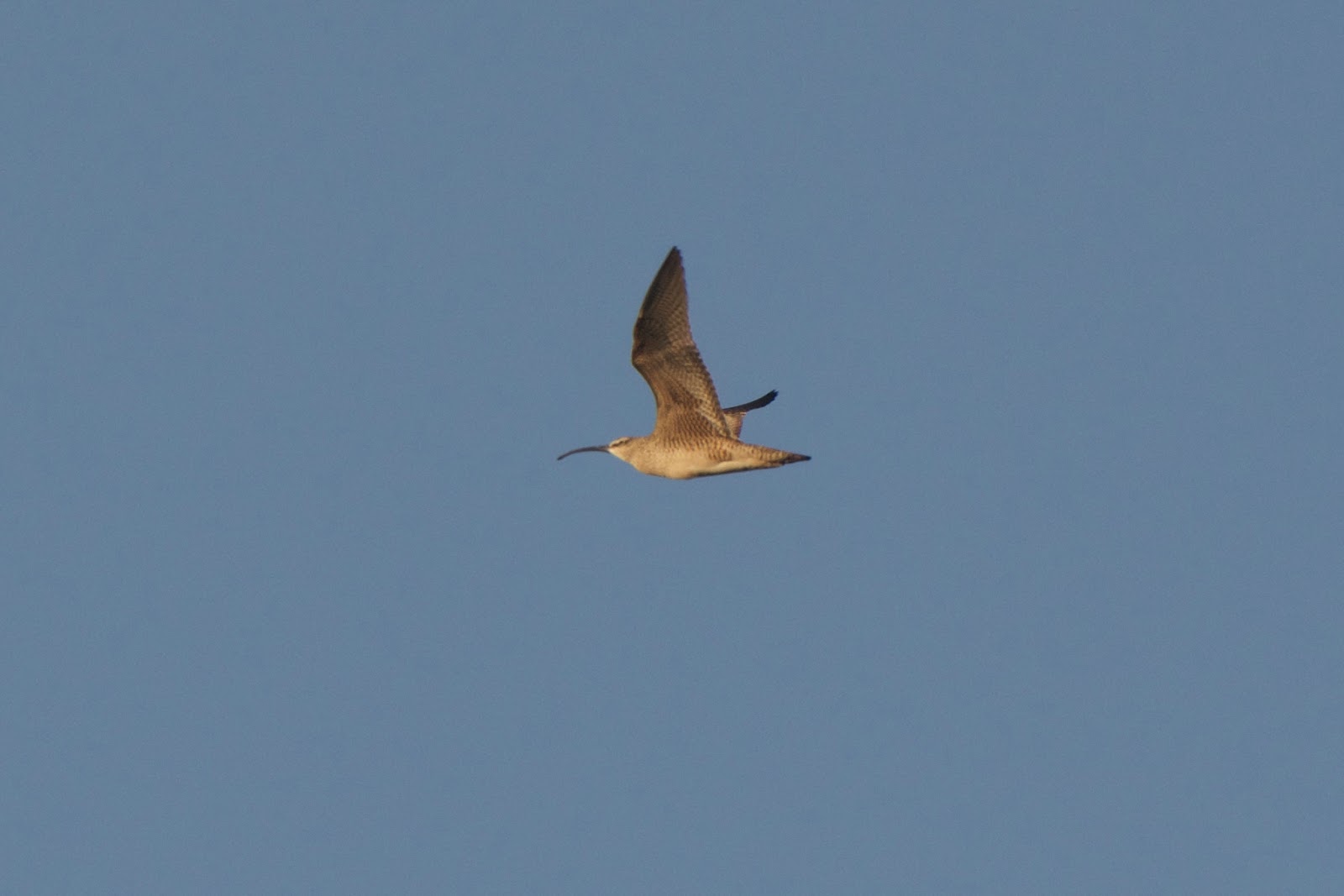 I returned to the park this morning with lots more time and high expectations, the latter which I should have avoided.  Migrants weren't dripping from trees but seriously, I can't complain.  However, the highlight WAS this blob: 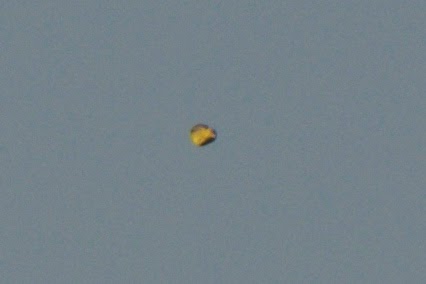 Of course, it's a wretched photo (which is my specialty) but this blob is a migrant HOODED ORIOLE which represents a first record for this park.  This is the 146th species seen at this park and my 135th.  It's also probably the last new species I'll see at this park.

Another interesting bird was bopping around this morning.  This bird, also an empid, was feeding in tree tops in a rather bare part of the park, out in the open near one of the baseball diamonds: 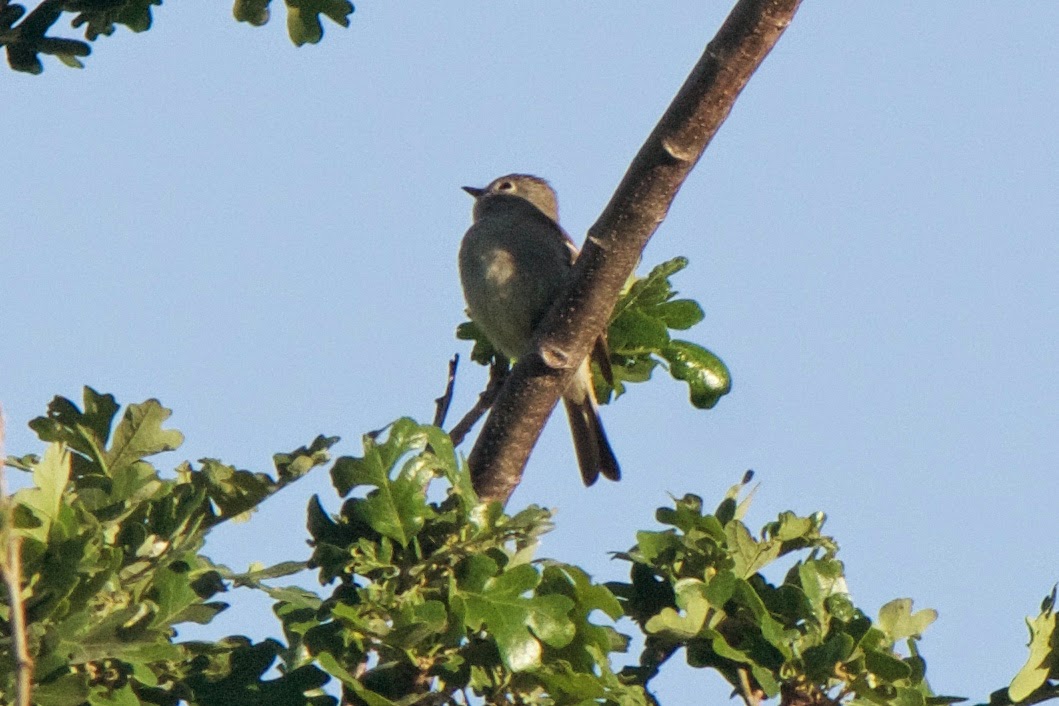 Things to notice include the very bold eye-ring which is fattest at the rear of the eye... as well as the short bill.  Here's another photo: 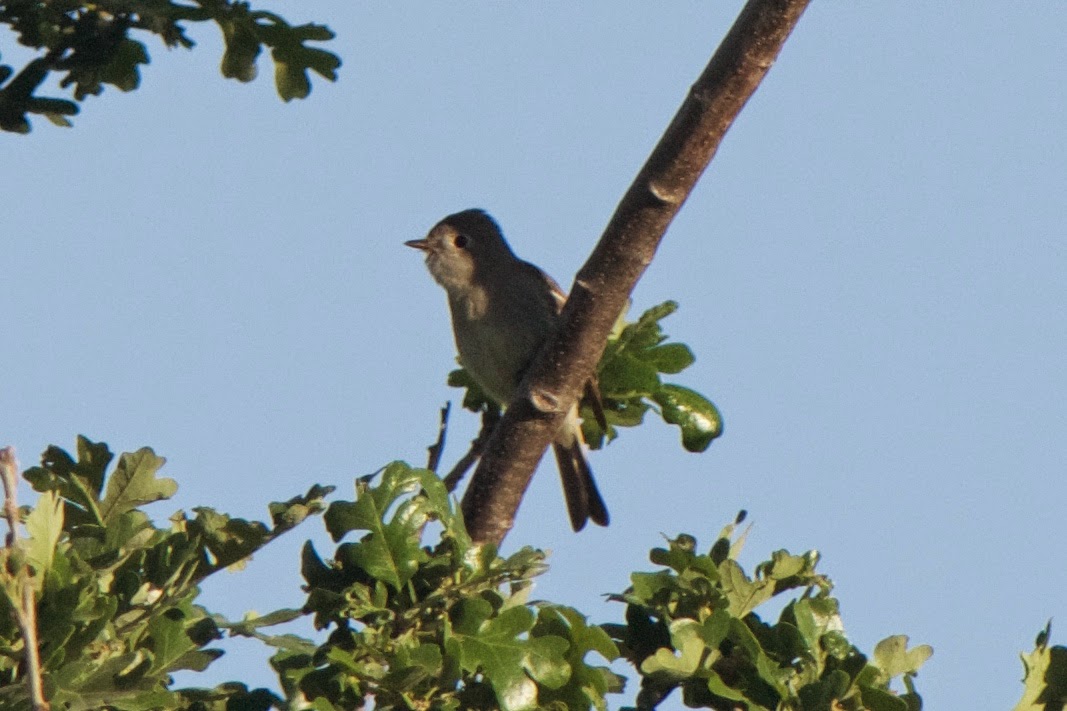 The small, mostly dark bill removes Pacific-slope, Willow, and Gray flycatchers from the running.  That leaves Dusky and Hammond's, mostly.  The bird only stayed in the tree tops.  Important?  The following isn't a rule BUT this guideline, in my experience, is closer to a rule than to a guideline.  You'd be hard-pressed to find a Dusky that preferred treetops like this; they like it LOW.  Like, under 10 feet kind-of-low.  Hammond's, on the other hand, like it HIGH.  This is a Hammond's.

This following flycatcher... well, it likes it just about everywhere: 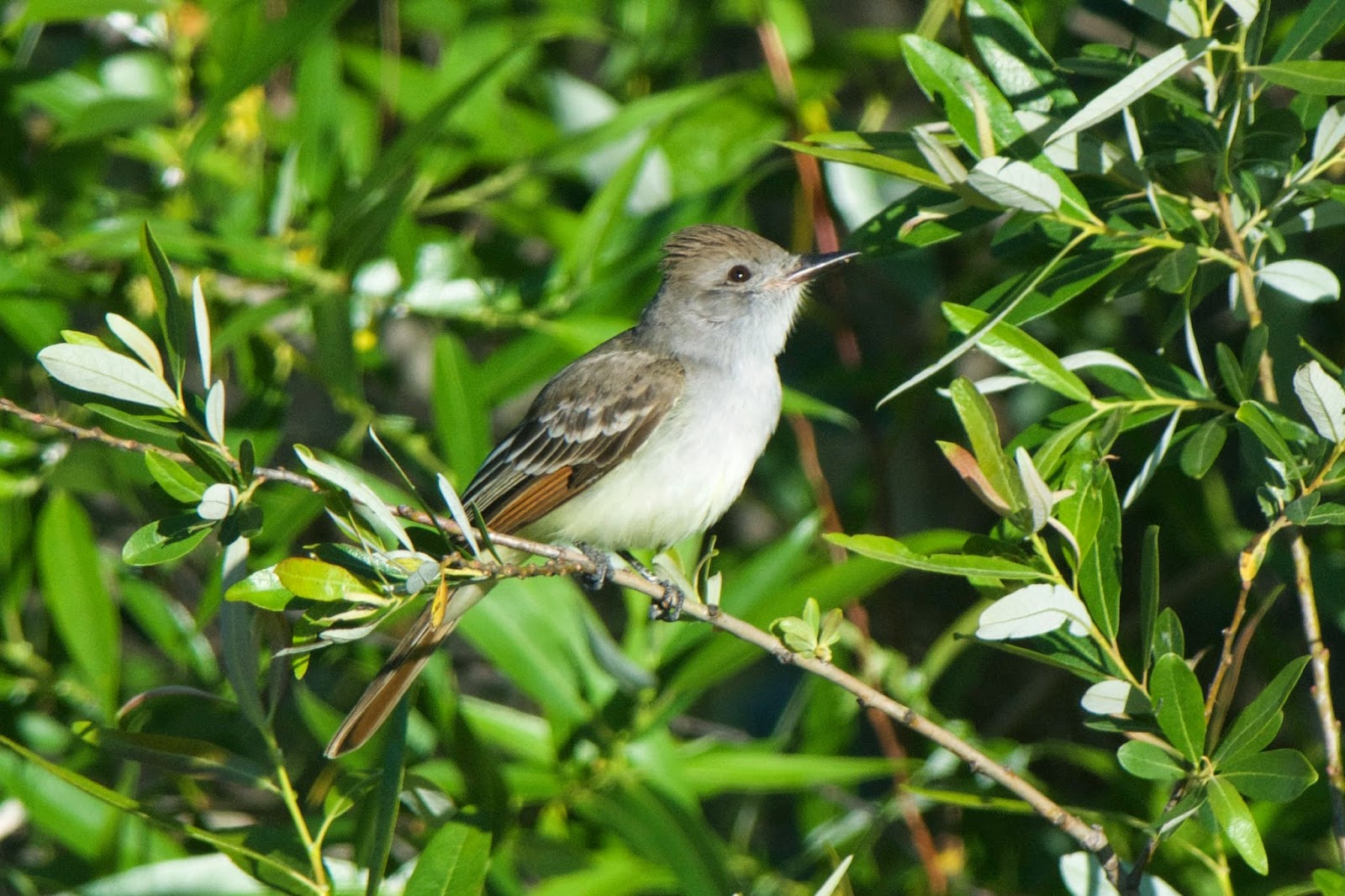 Yep, it's one of the local ASH-THROATED FLYCATCHERS.  I'll be swapping these out for Great Crested Flycatchers in a week or two.

Lastly, the BULLOCK'S ORIOLES are back in full force and have been for some time.  Here's a young male that was singing up a storm from a tree top.  It paused to look at me... so I paused and looked at it: 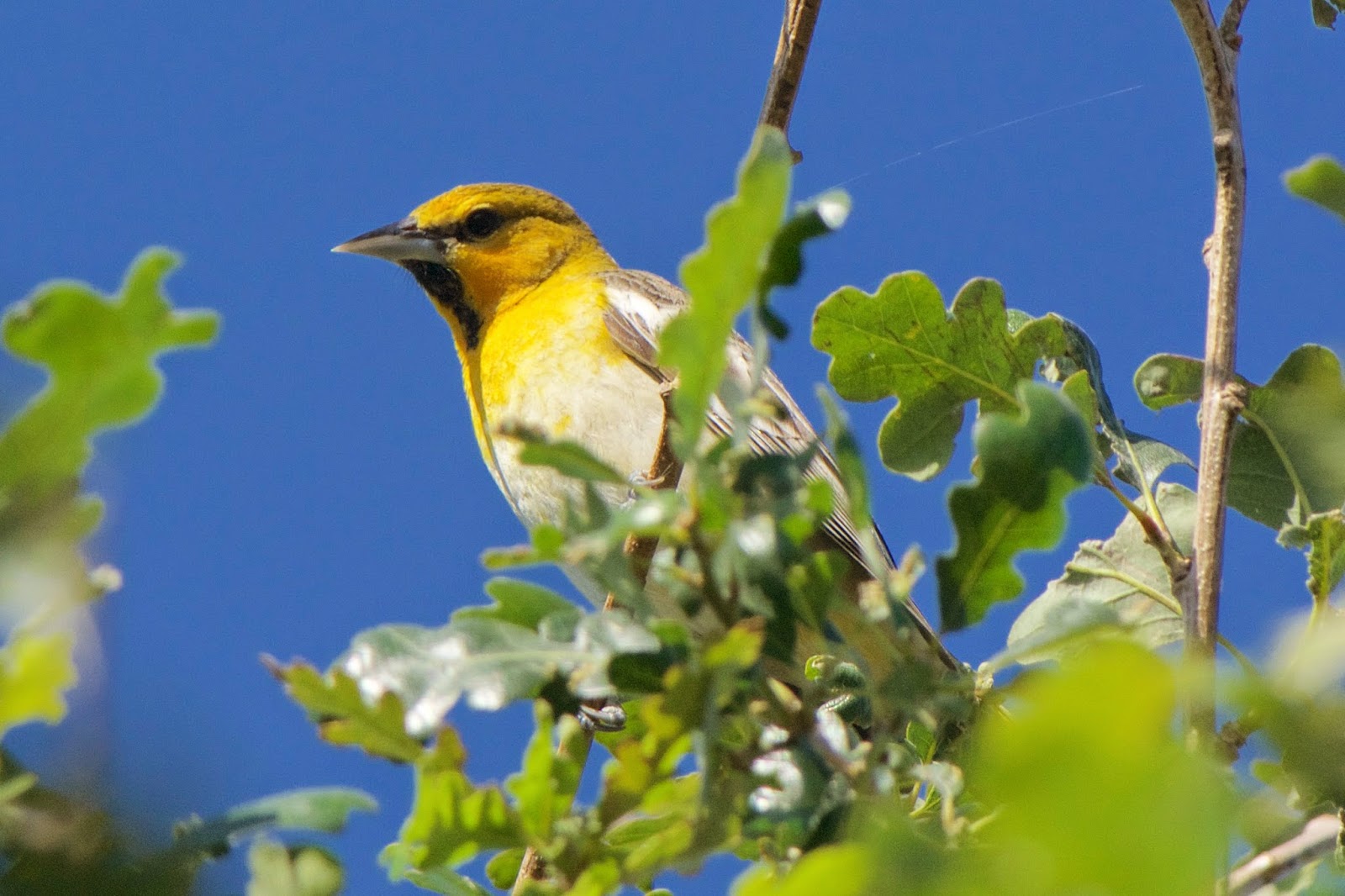