It's again been pleasant these last few days of February.  I wasn't the only one who thought so, this male ANNA's HUMMINGBIRD at a local patch of mine chatted up a storm to me about the weather.  Or maybe he just wanted me to go away.  Whatever. 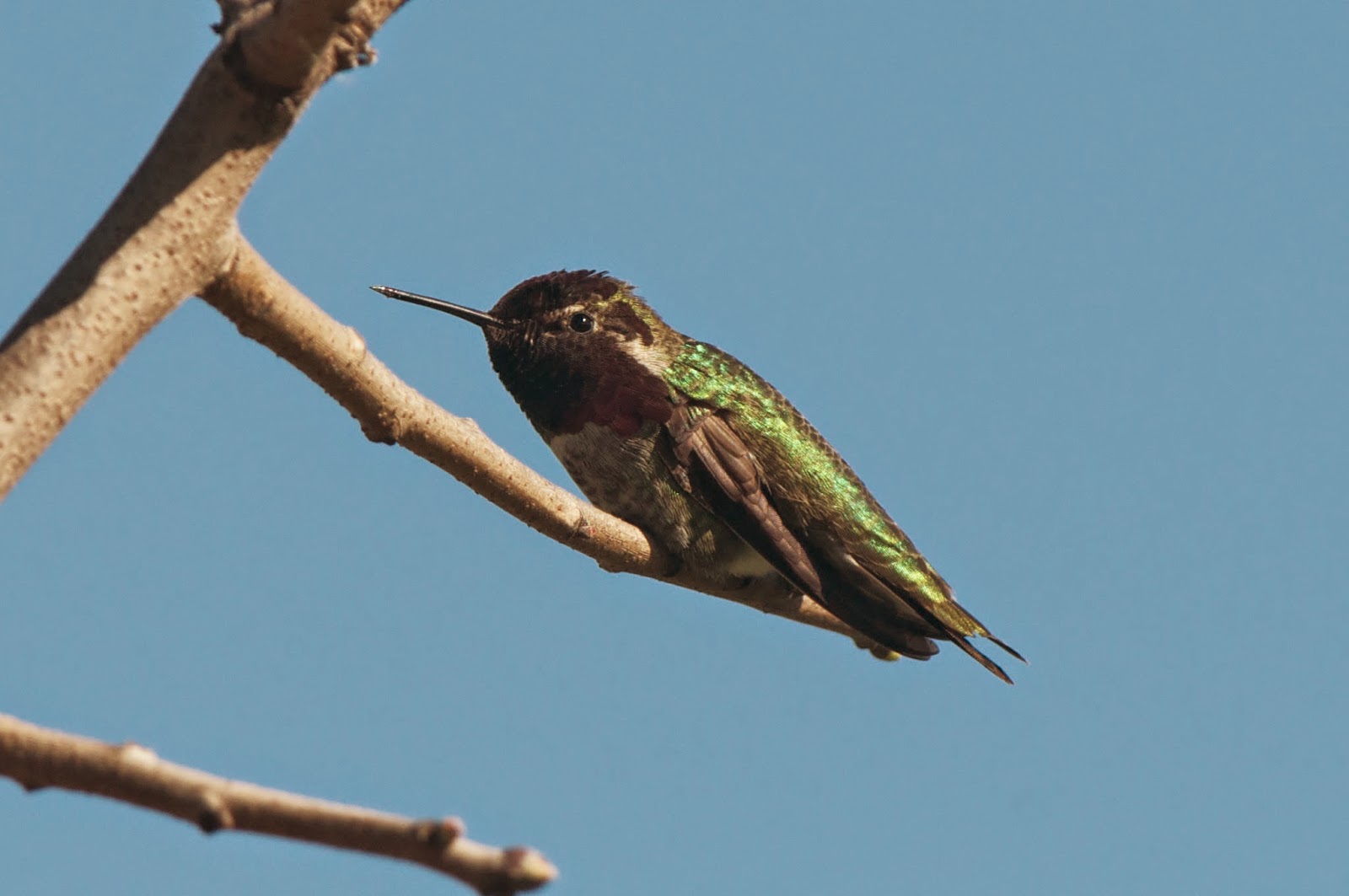 An eBird report came in of a pair of REDHEADS at Cosumnes River Preserve.  You might not think it but this is a pretty rare species for Sacramento County (I had seen only one before).  I took the bait and headed down the next morning.  Gadzooks, there WAS a pair of REDHEADS.  Here's the male: 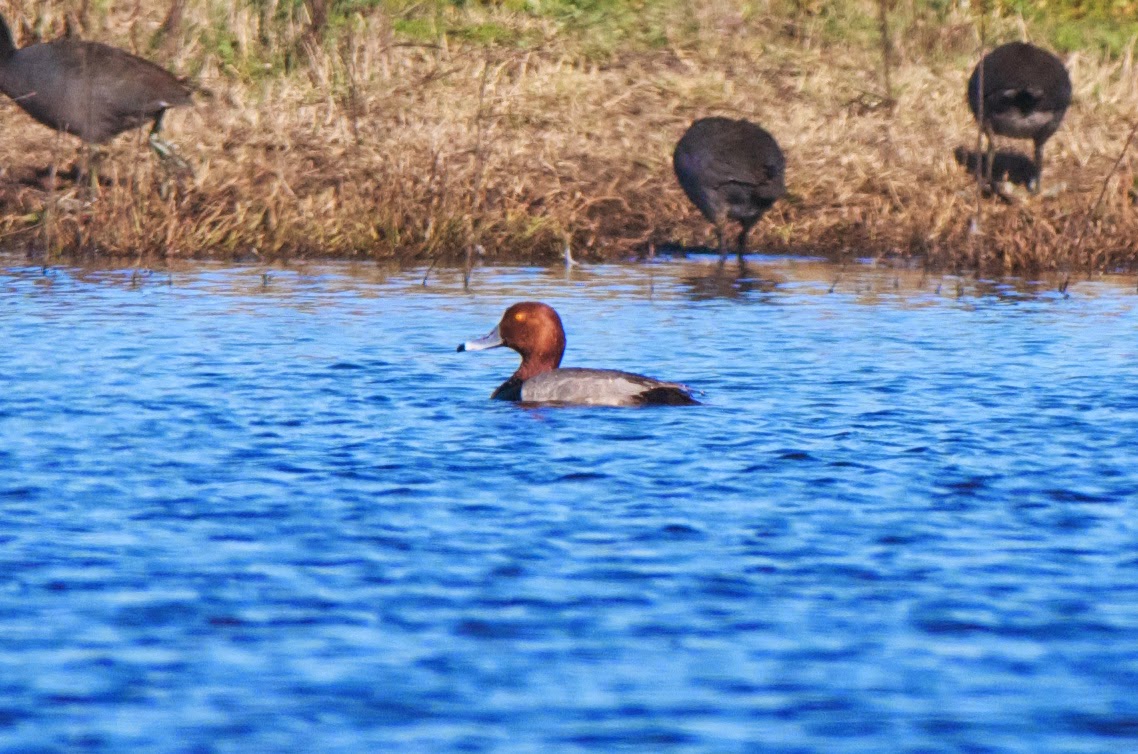 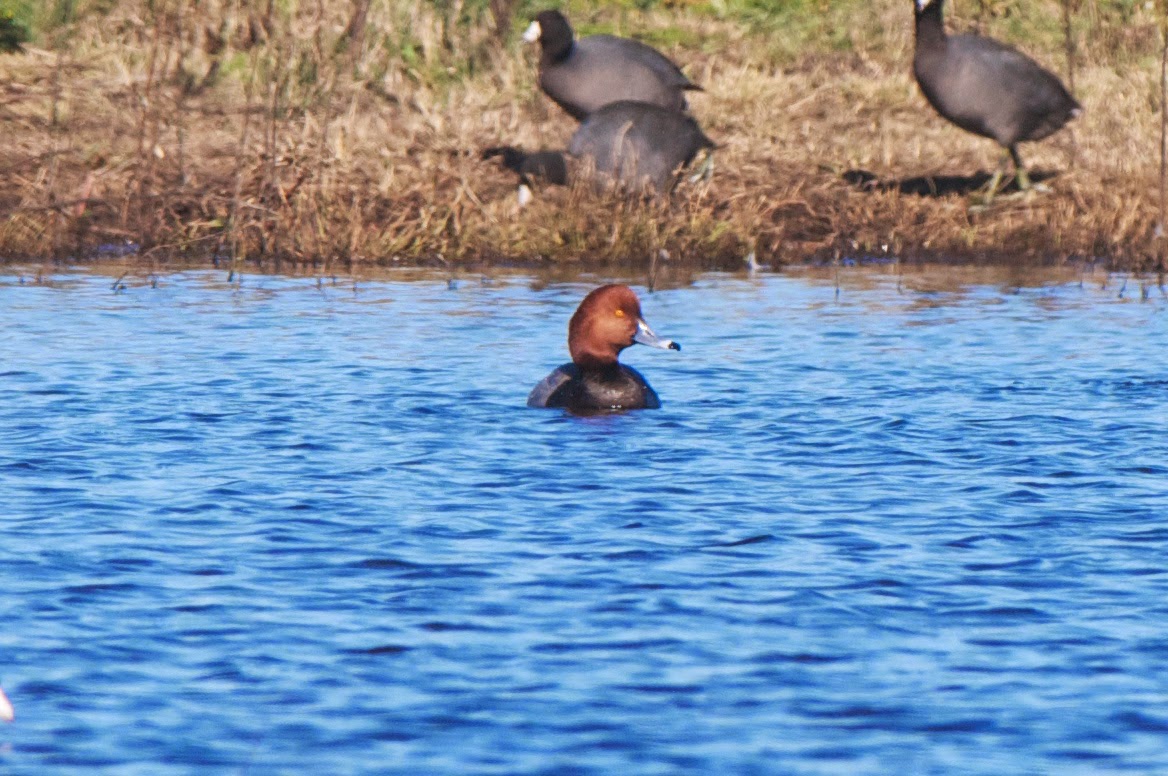 (I returned again that evening with Ash and they were still present.  A county bird for her and a year bird for both of us.  Good deal.)

I spent a good chunk of time at CRP that morning though and ended up with a decent 80+ species in about 3 hours (checklist seen here).  This WHITE-THROATED SPARROW, an uncommon species around here, has been present around the visitor center all winter and I chanced into it as I strolled by: 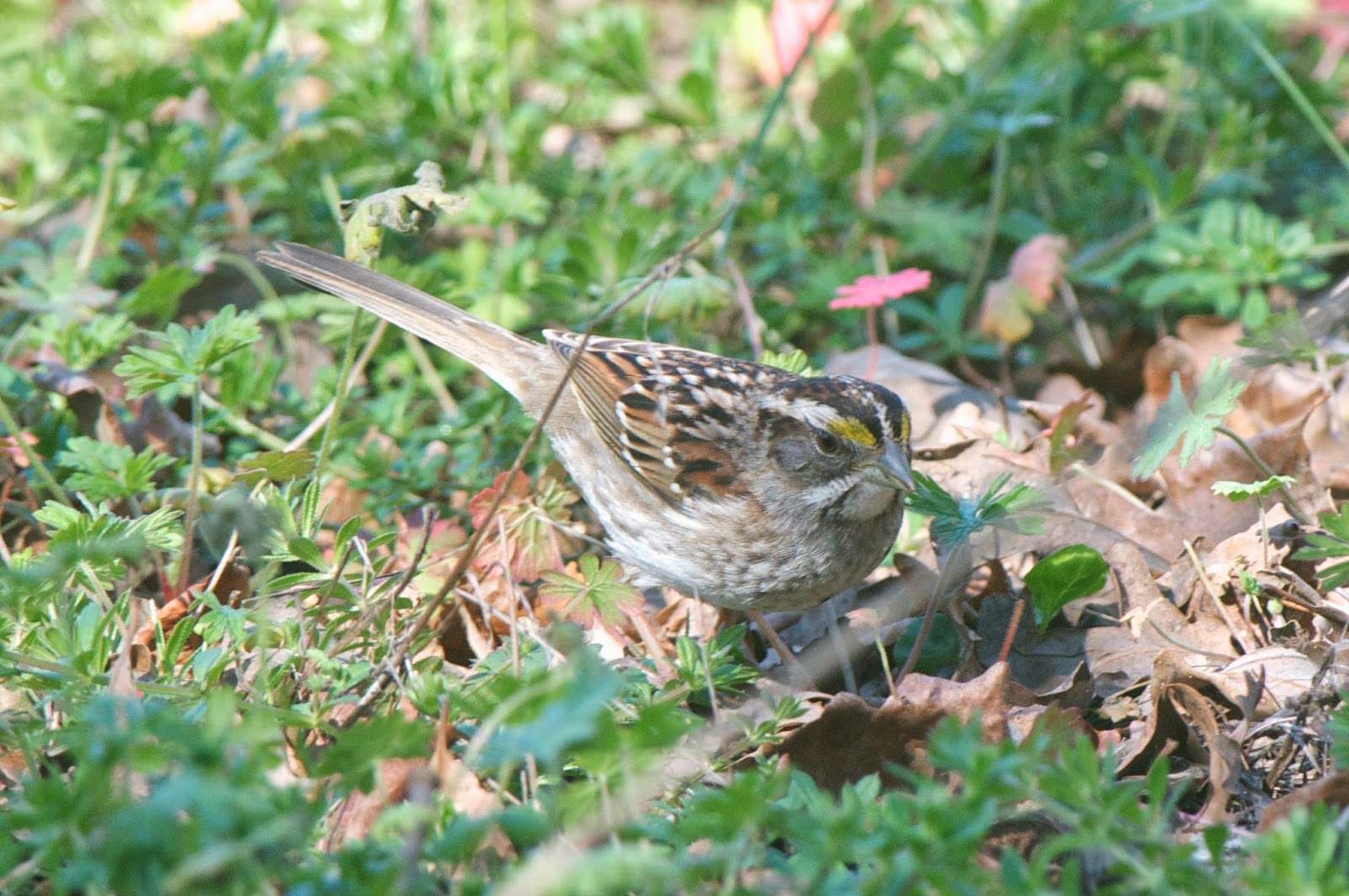 The sun was out and with temps around 70, the insects started flying.  Here's a CABBAGE WHITE: 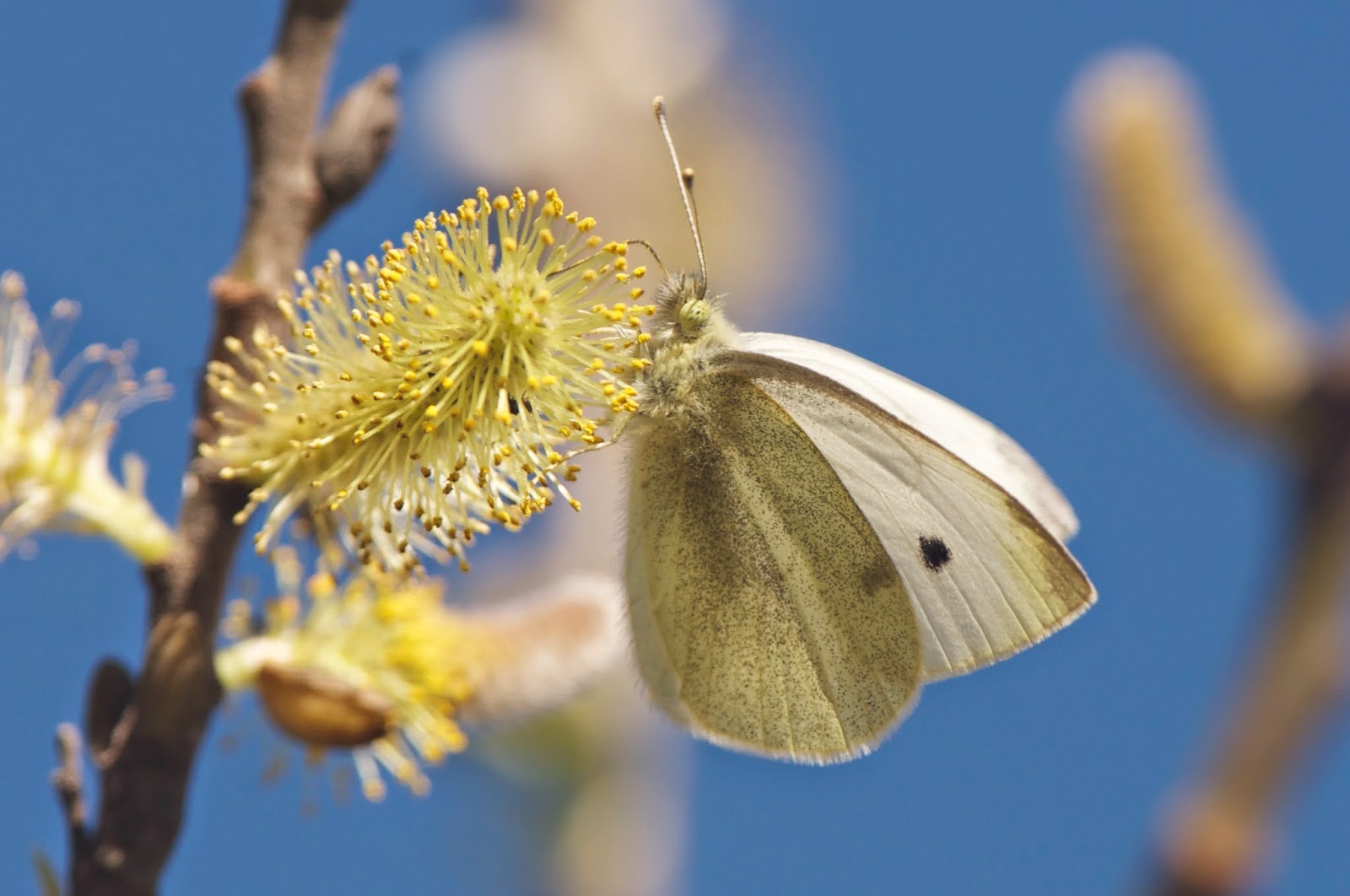 I was more happy to see this PACIFIC FORKTAIL, my second damselfly of the year: 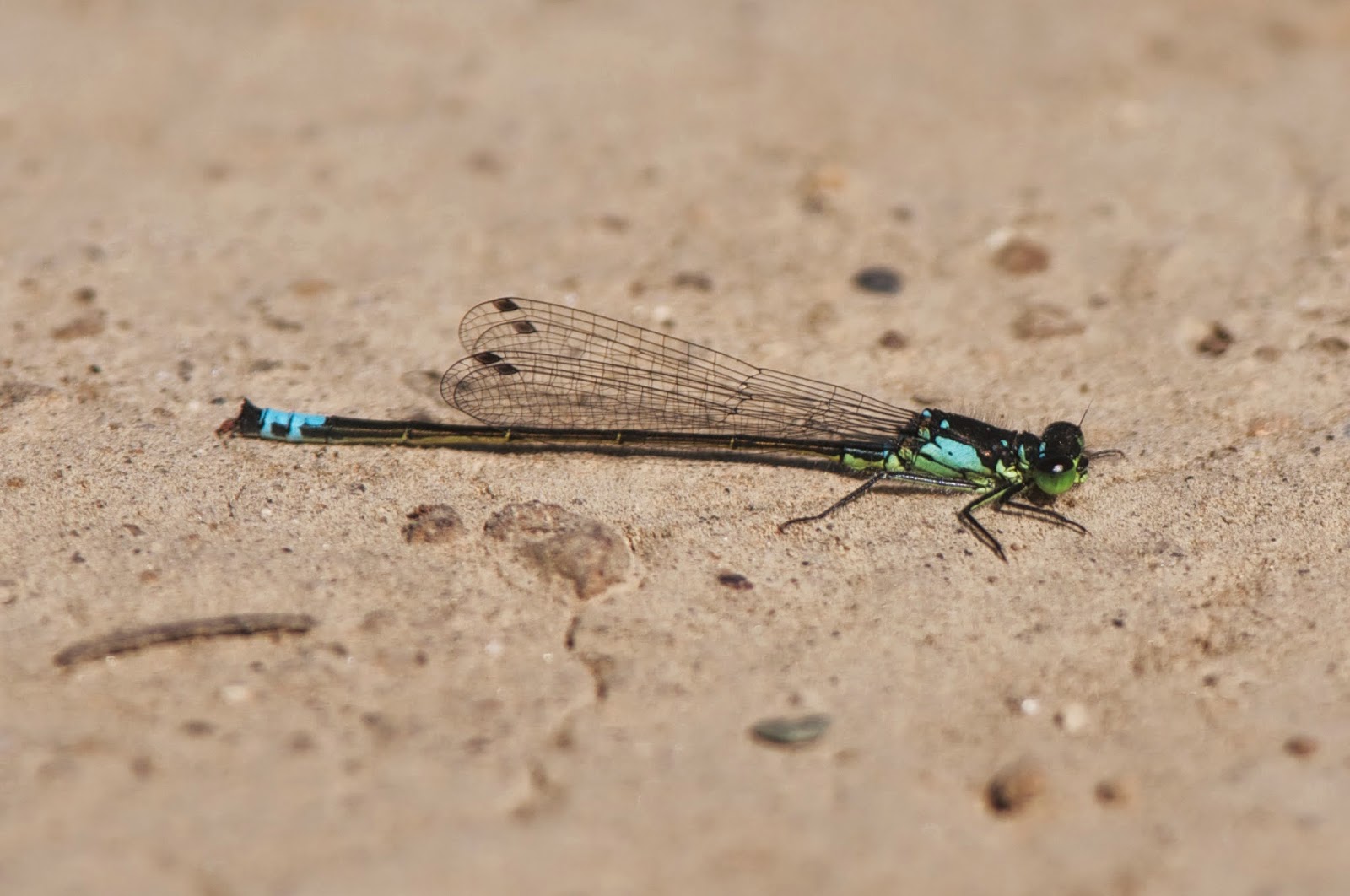 Just today we visited several hotspots here in Sacramento County to try to find some still-needed year birds.  Our first stop was East Lawn Cemetery; our target was TOWNSEND'S WARBLER which Ash still needed.  Fittingly, she spotted it after only 5 minutes of walking around.  Here's our checklist.

We then visited a park in Folsom where we had Violet-green Swallows last spring but it looked like they hadn't arrived yet.  Here's the quick checklist.

Our next stop was Michigan Bar Road, a favorite of ours, to see if many there were any swallows there.  Sadly, there weren't.  But who can complain with many LEWIS'S WOODPECKERS and even a flagged STELLER'S JAY?  Not to mention that Ashley picked up her year BHCO as well.  Here's our list.

Lastly, we swung into Meiss Road to scope the Meiss pond and to look for Mountain Bluebirds.  I was scoping through ducks and things when I instead started to focus on swallows that were flycatching above the pond.   Woah, a BARN SWALLOW was mixed in!  It's flagged in eBird because it's on the early side and, as luck would have it, it gained elevation and got closer to us, barely in range for my camera: 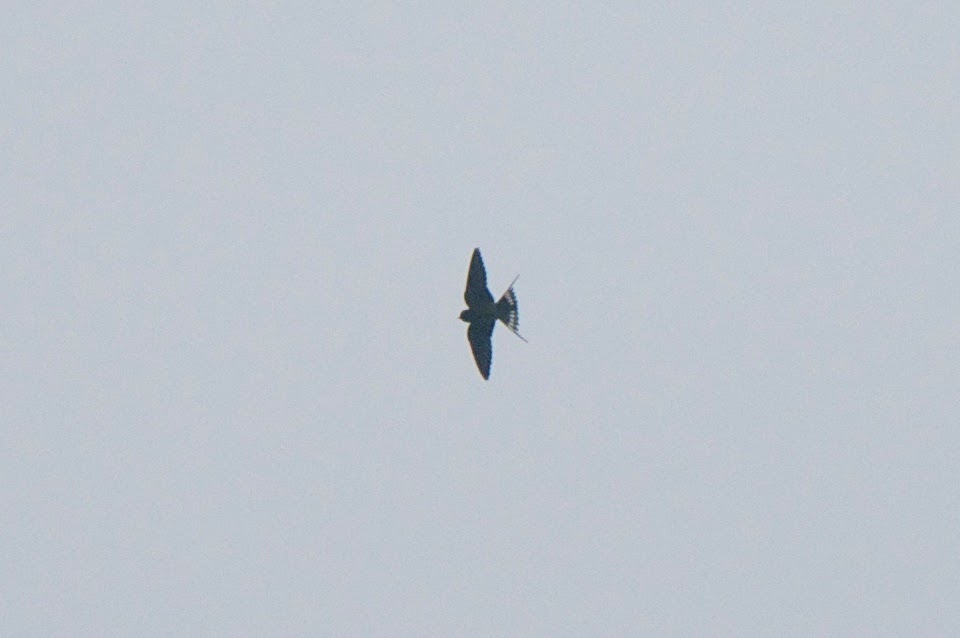 So that's what's been going on around here the last couple of days.  eBird has my Sacramento County year list at 176 species after only 2 months.  I compared this to my year list in 2014 and I am more than a month ahead of that pace!