In preparing this blog post, I thought back to the last 7 days and couldn't really recall anything that I thought was worthy of putting in a post.  But then I looked back through the photos and yes, they reminded me that I HAVE ventured outside.

I'll start with the annoying Swamp Sparrow that's been seen over in Yolo County on-and-off for several weeks.  Problem is, I've been there 3 times now and have missed the bird every time.  In a short-lived defeated stage, I took a picture of a SONG SPARROW instead: 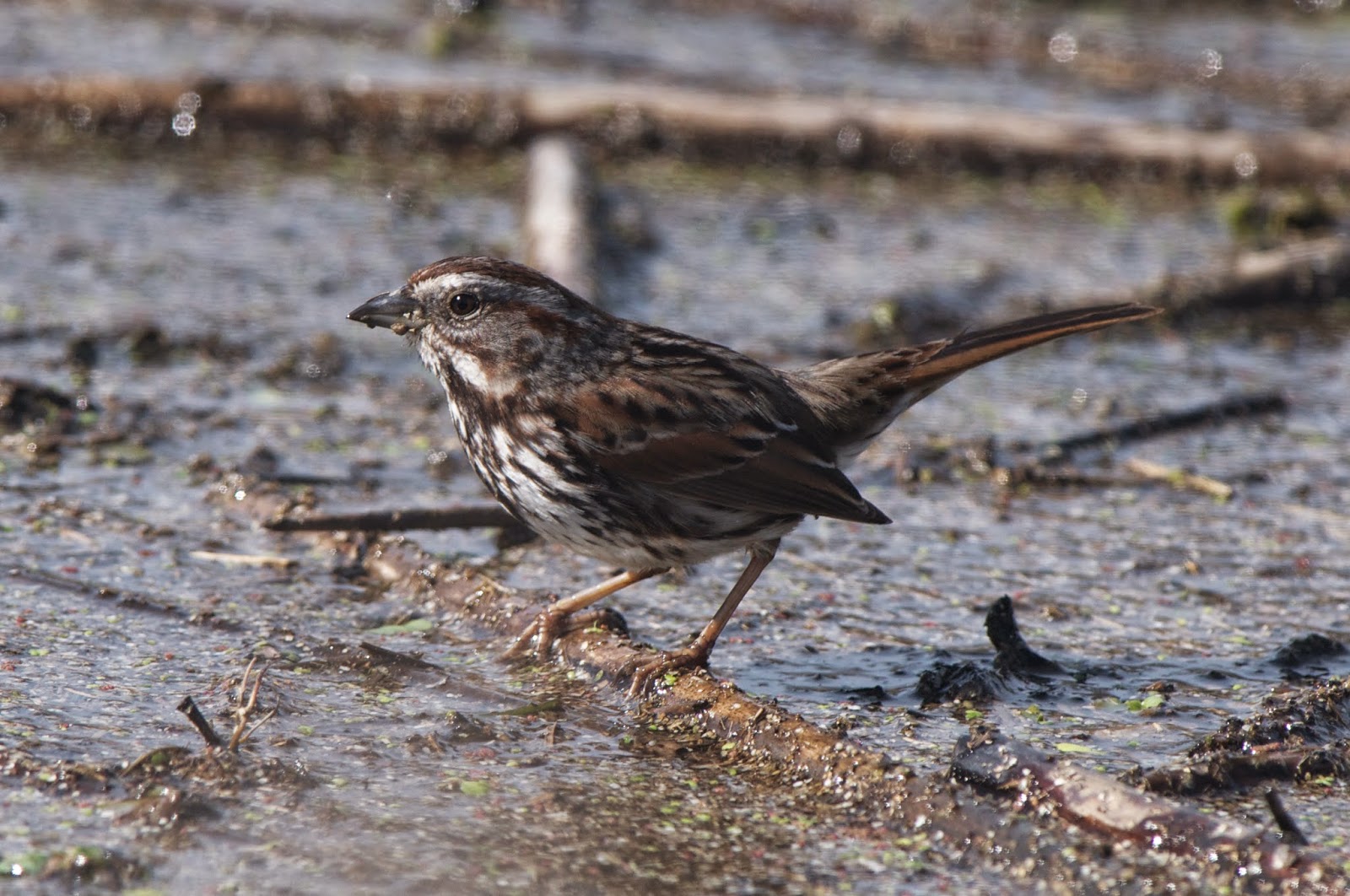 I've been only minimally interested lately in cleaning up some county year birds that I've yet to see.   However, one day I did some looking around the Mather airport/wetlands and came up with my long overdue BURROWING OWL.  I then headed to the wetlands along N. Mather Blvd, a place where AMERICAN BITTERN has been reported from with some reliability.  But before I could even make it to the actual wetland, I found myself taking pictures of LESSER GOLDFINCHES for some reason.  Here's a male: 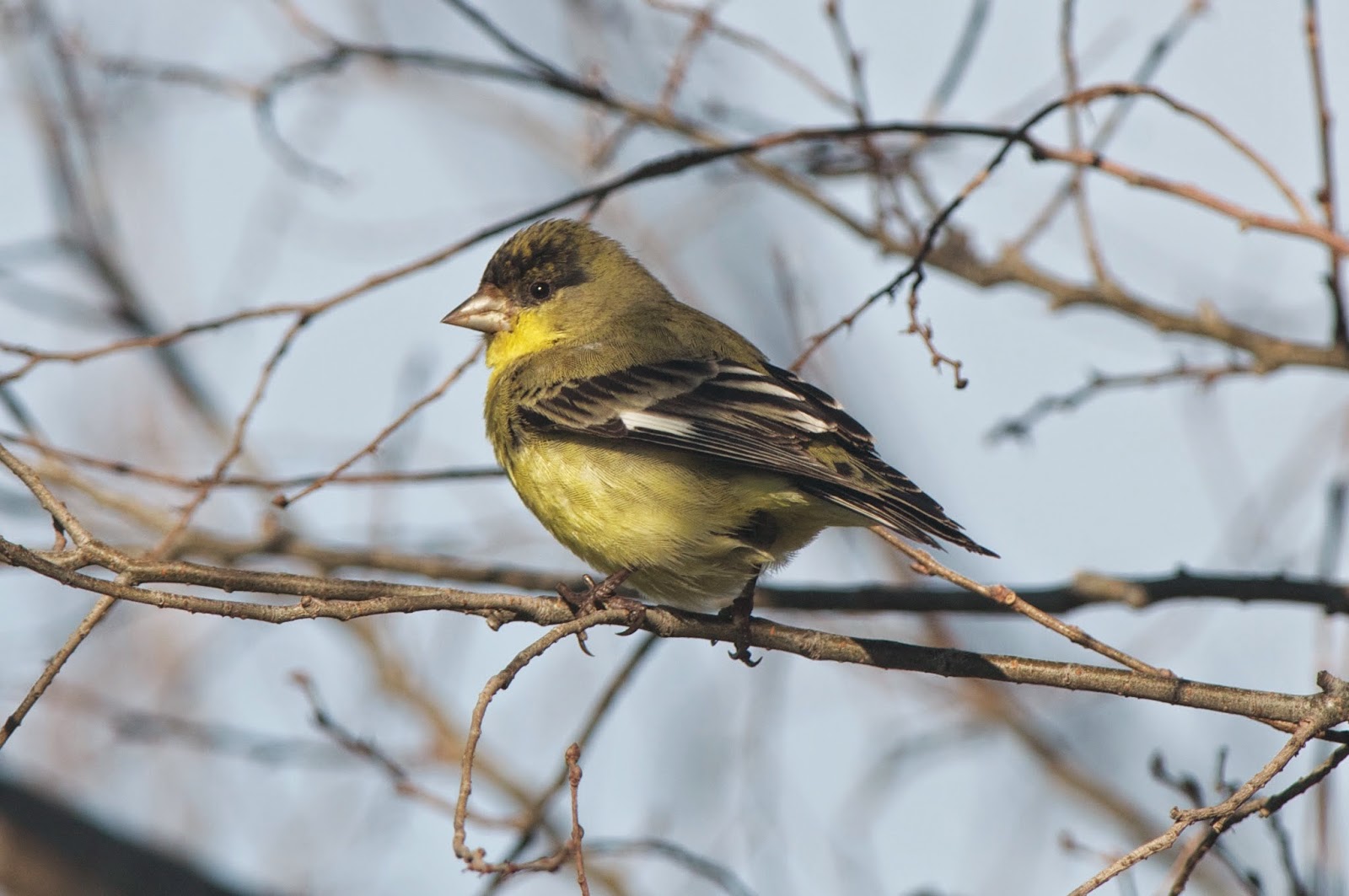 ... and here's the much plainer female: 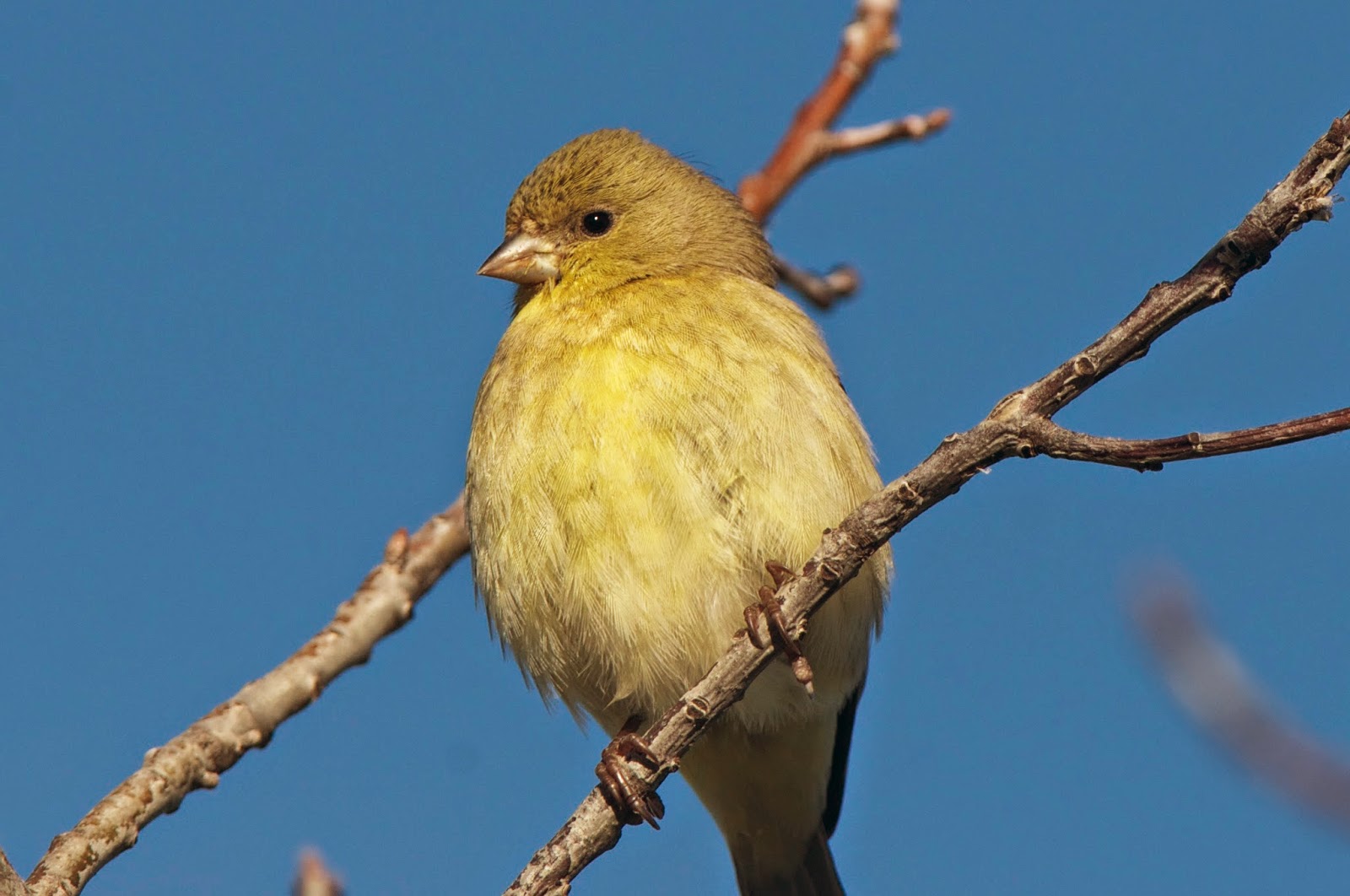 And yes, I succeeded in snagging AMERICAN BITTERN for the year.  This sneaky heron isn't the easiest species to bump into here in Sacramento County: 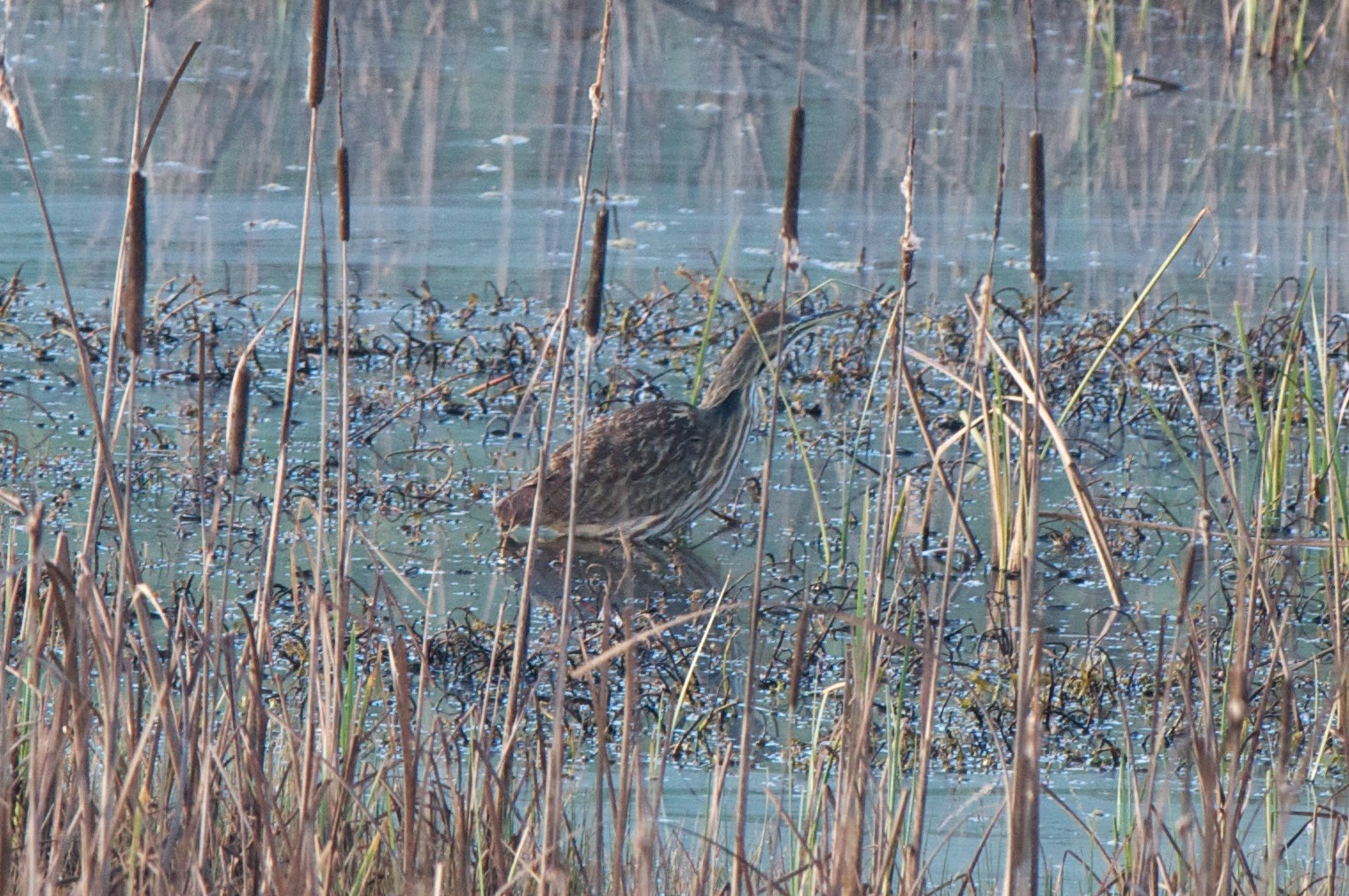 I also made a feeble attempt at finding a VESPER SPARROW along Meiss Road which turned out unsuccessful (but not surprising given they're rare in this county).  But the grasslands are still amazing and probably rank as my favorite place in Sacramento County: 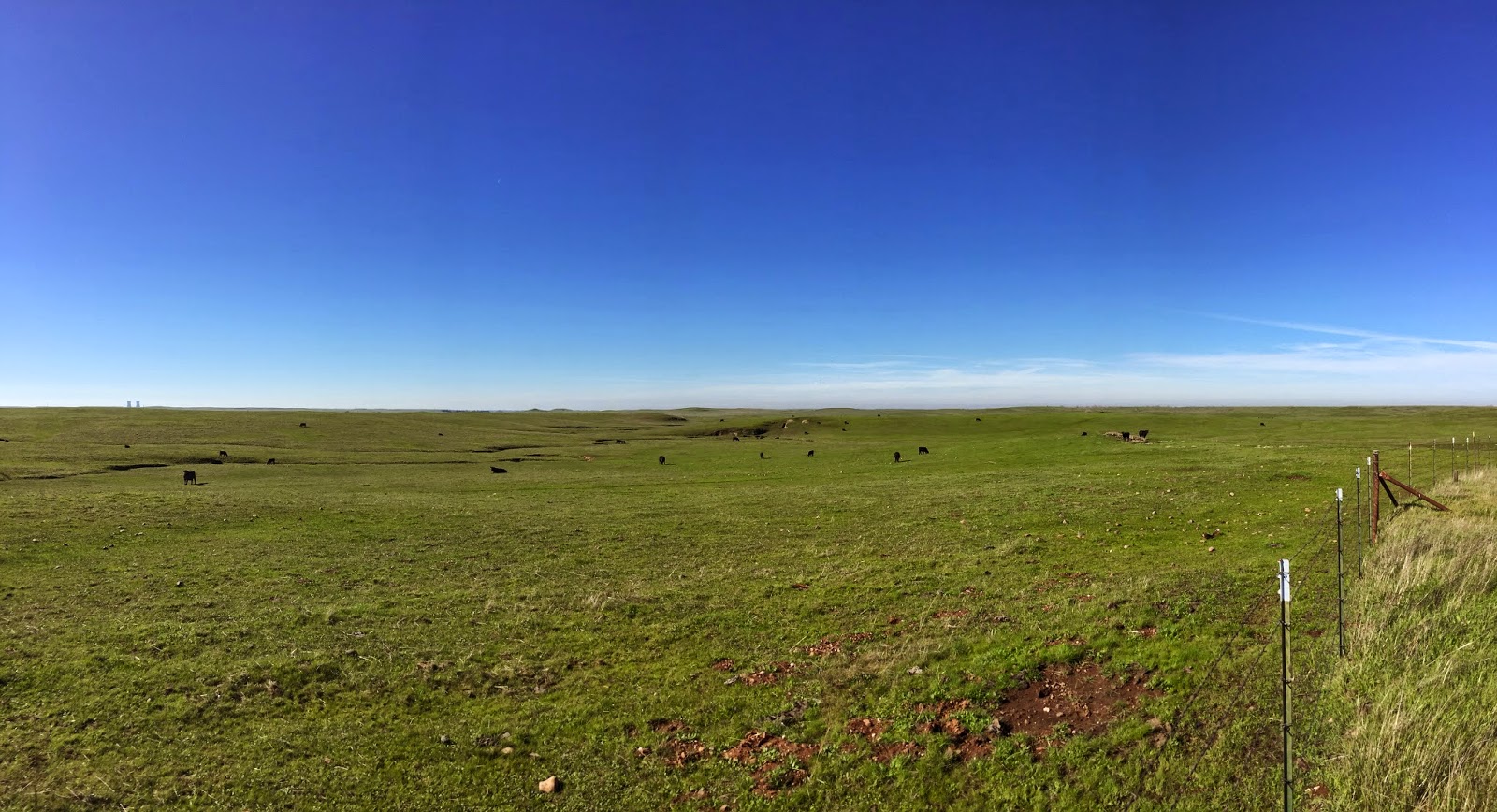 It's not uncommon at all to see one or more FERRUGINOUS HAWKS on this stretch of expansive grassland.  Here's a light-morph: 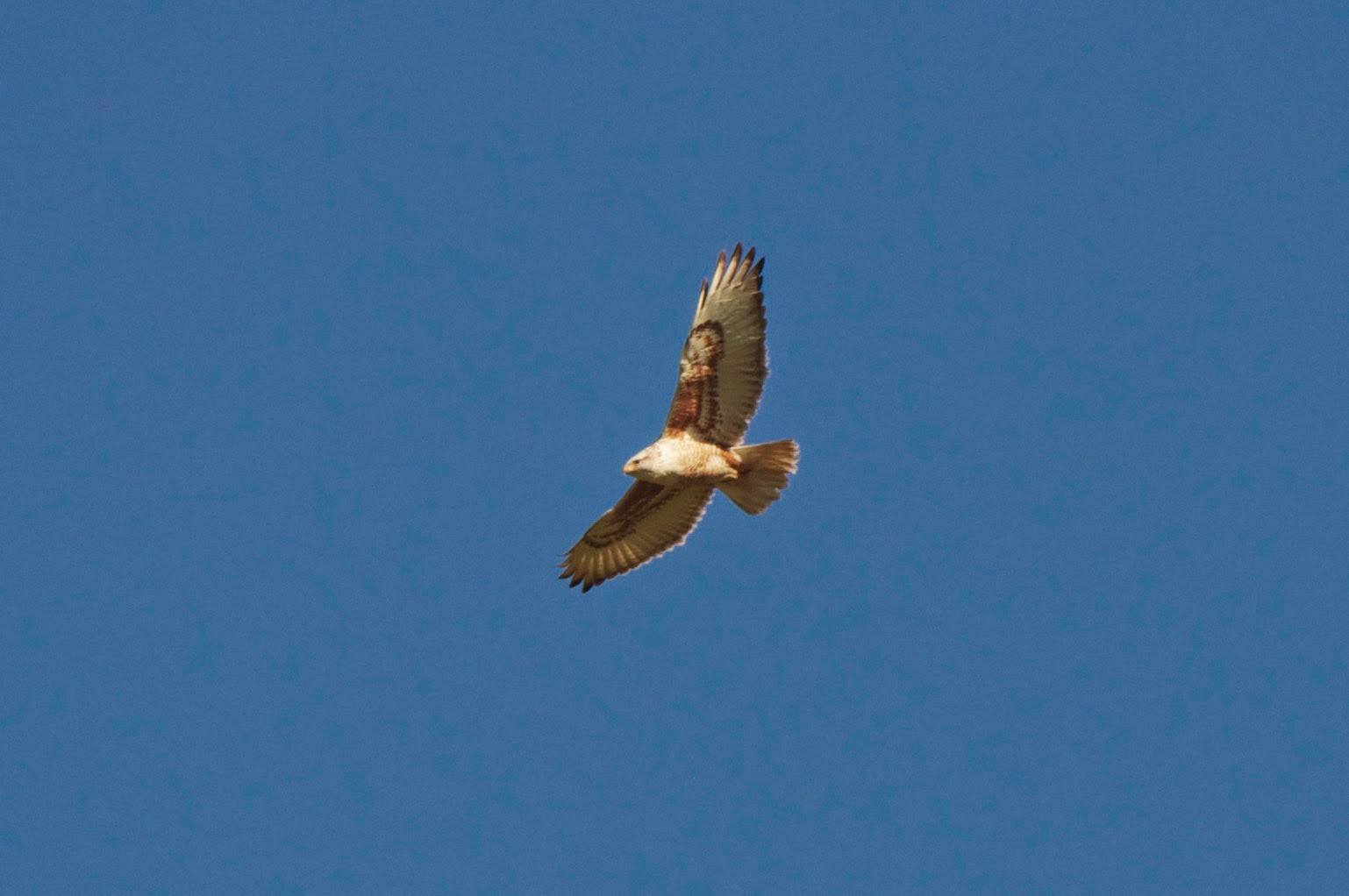 The most common sparrow in those habitats right now is easily SAVANNAH SPARROW.  I tallied 94 of these little guys in a 7 mile stretch of road.  Here's one of them: 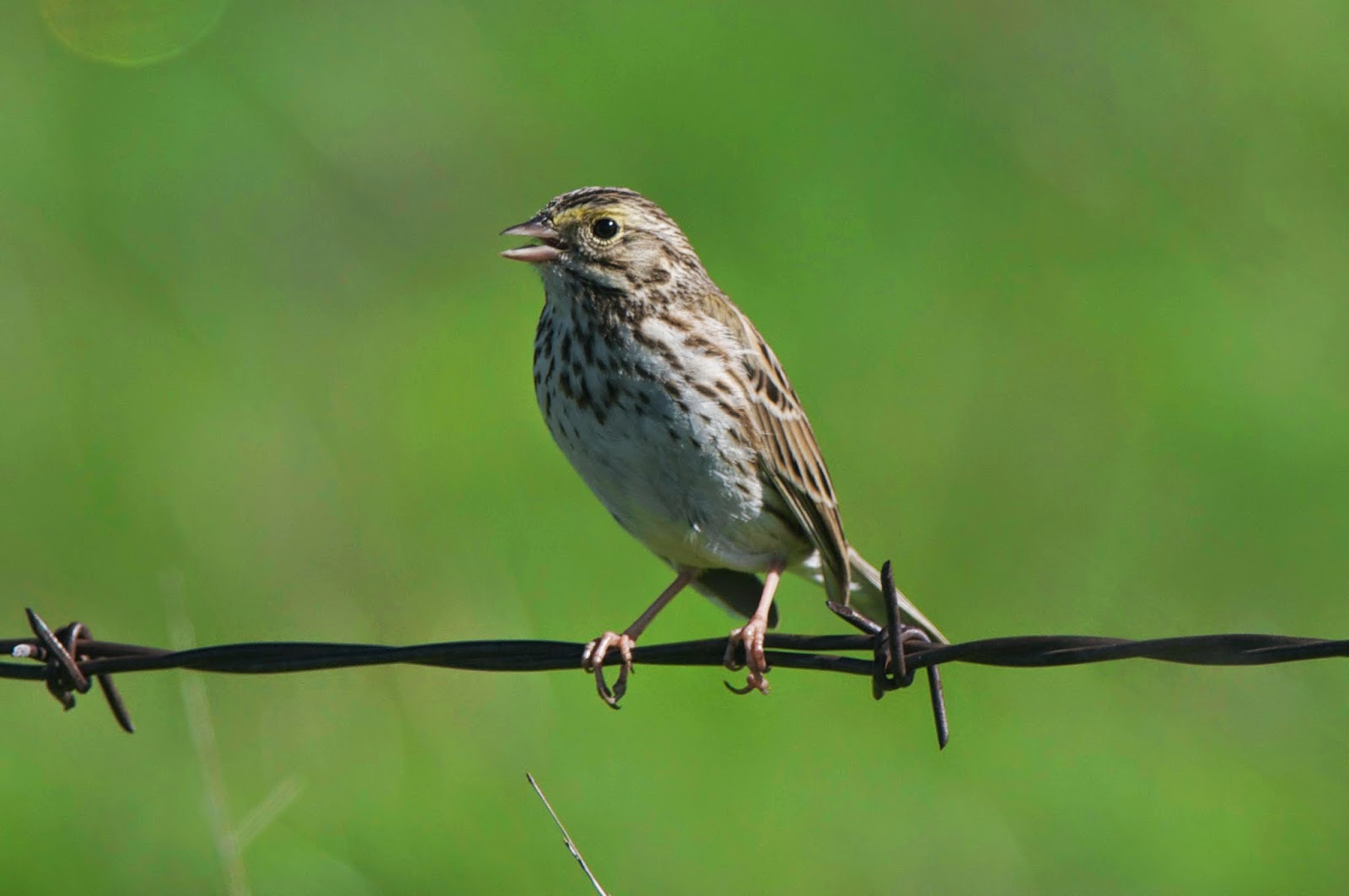 I had birded the road for more than 2 hours but only came up with 32 species (there just isn't much habitat diversity out there).  You can see the full checklist here.  However, the highlight of the morning came a few seconds after I had finished Meiss Road.  I had turned right onto Dillard Road and there within 0.25 miles was a nice male MOUNTAIN BLUEBIRD on the powerlines.  This is flagged in Sacramento County and so I was sure to back up to back it up: 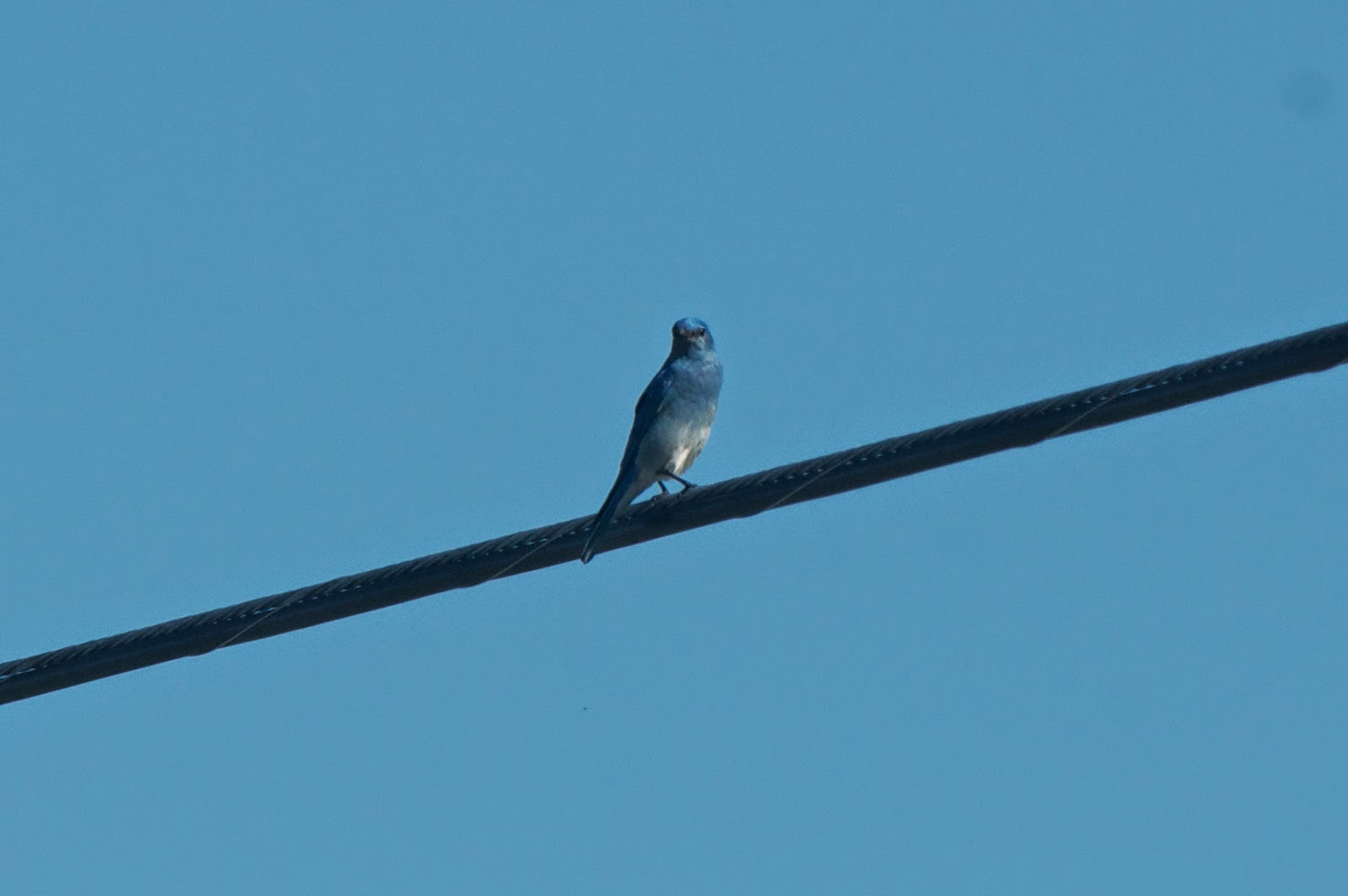 It turns out, birders followed up on this and some saw as many as 15 in the area!

I've spent most of my life in the range of EASTERN TOWHEES; a chunky mixture of black, white, and orange markings.  Although I'm still surrounded by the similar Spotted Towhee, it was only when I moved to the Sacramento area that I lived around one of the "brown ones".  The CALIFORNIA TOWHEE is quite common in a lot of Sacramento County: 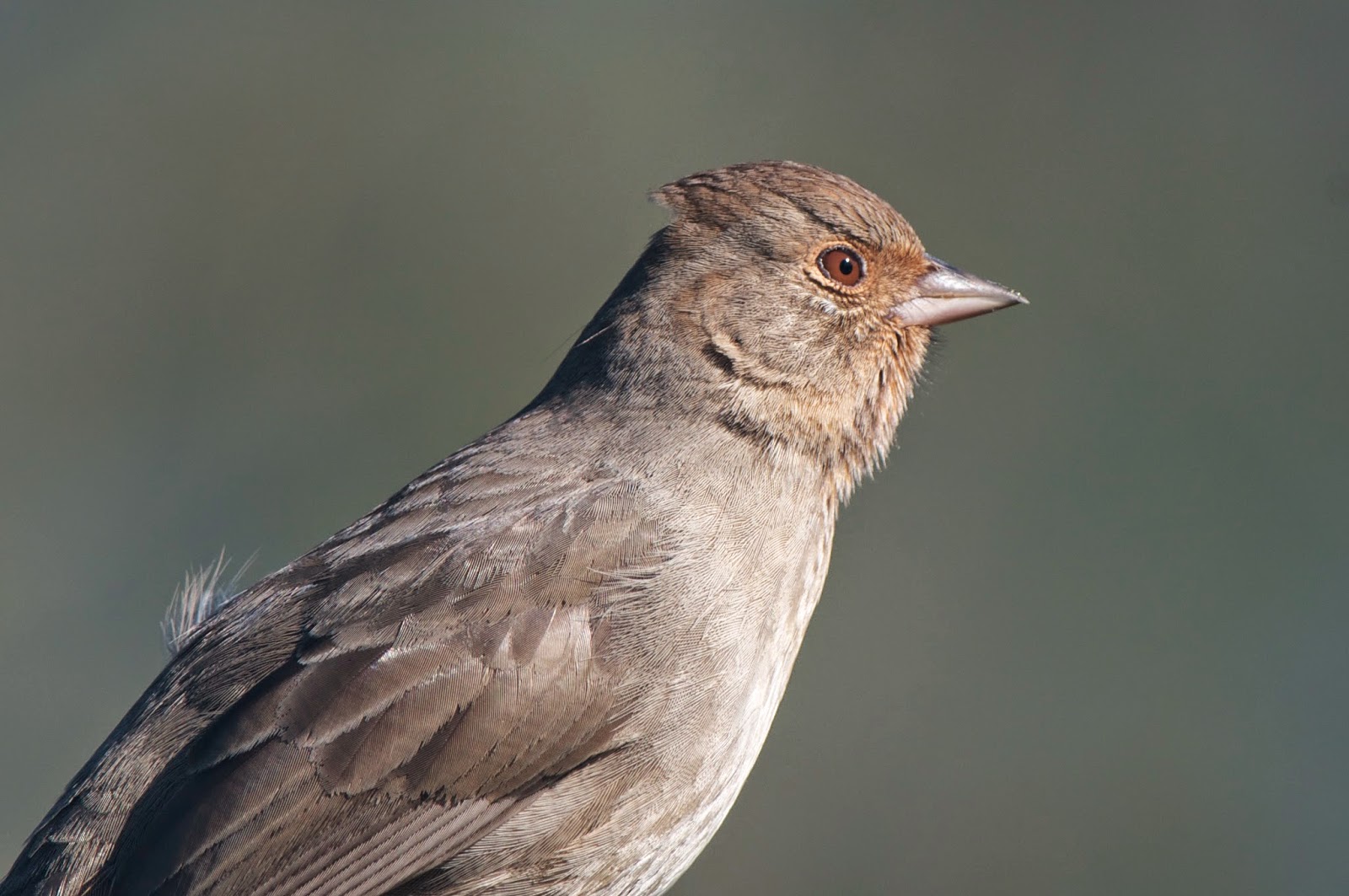 We were tootling along Scott Road when Ash mentioned "Hey, isn't this where those swallows were reported recently on eBird?".  Of course, she was right; someone had reported some pretty early CLIFF SWALLOWS at a bridge along that very stretch of road.  We found the bridge, pulled off, and watched ~15 CLIFF SWALLOWS making forays under the bridge and back: 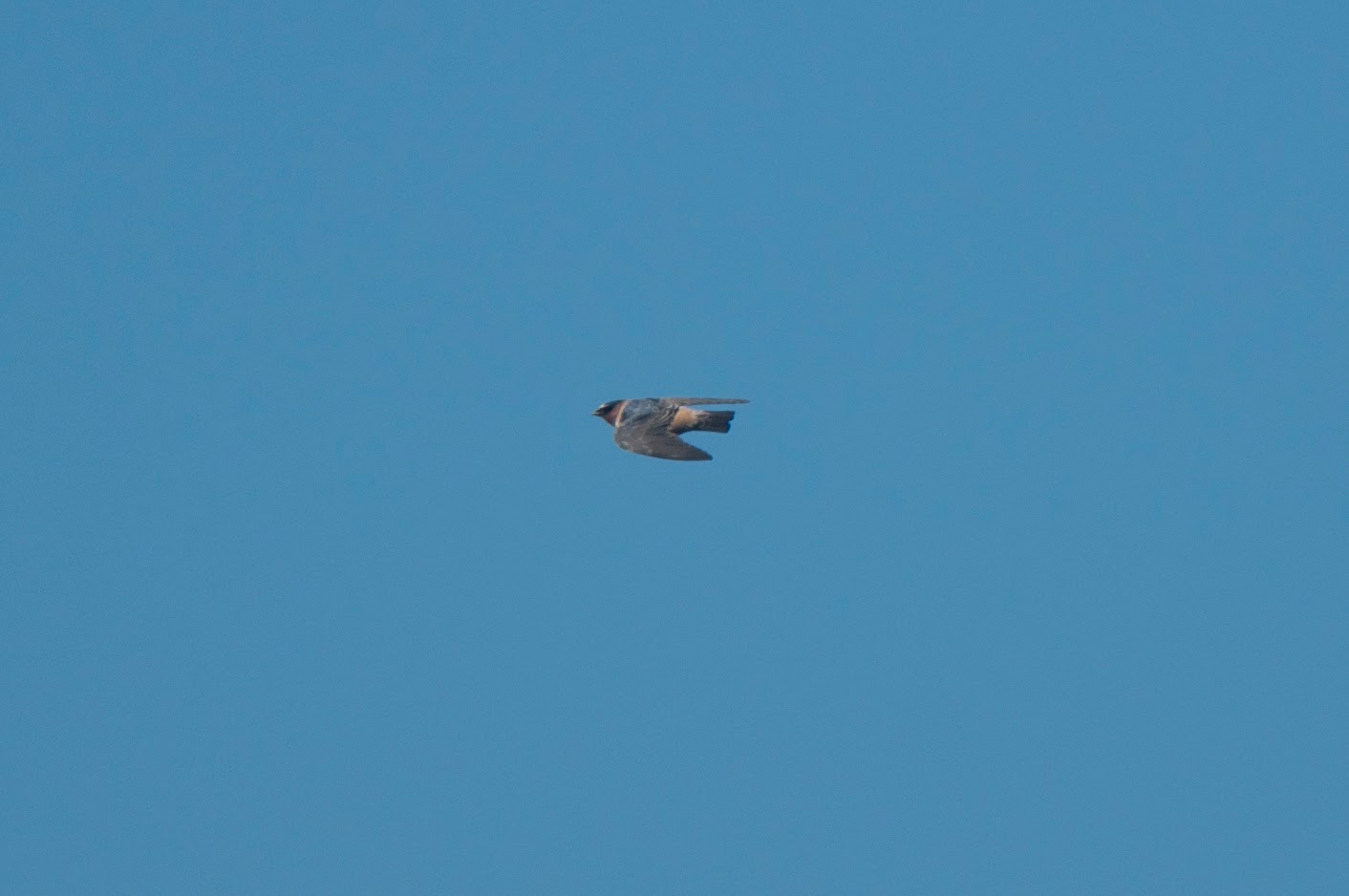 Things got serious when I whipped out the iPhone to take a picture of a... mailbox: 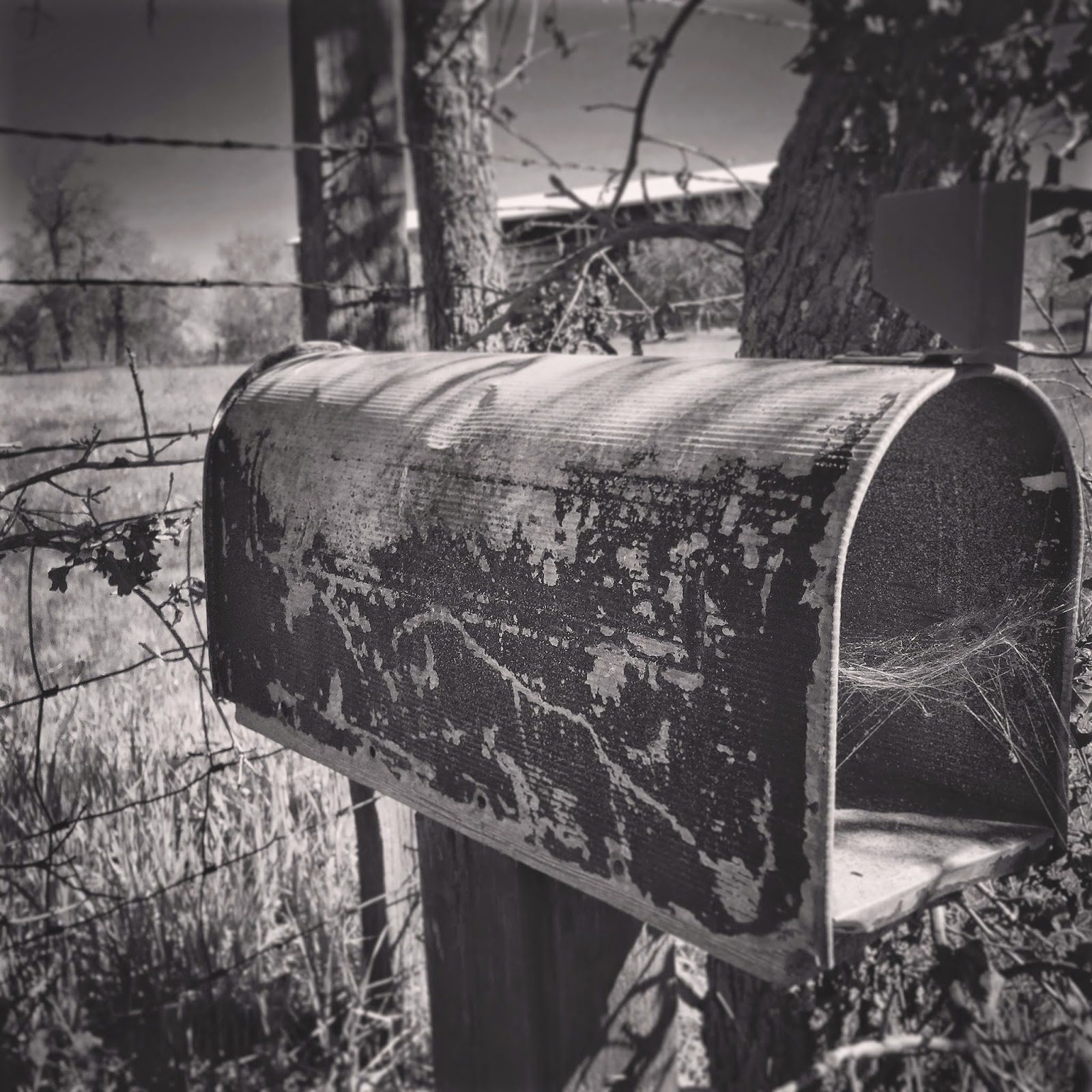 Lastly, Ash and I hit up William Land Park in Sacramento the other morning (checklist seen here).  The highlight (and only thing flagged) were two BAND-TAILED PIGEONS that landed oh-so-briefly in the top of a tree.  By the time I got my camera on them, they had already flushed.  Here's one that's retoxing its perch: 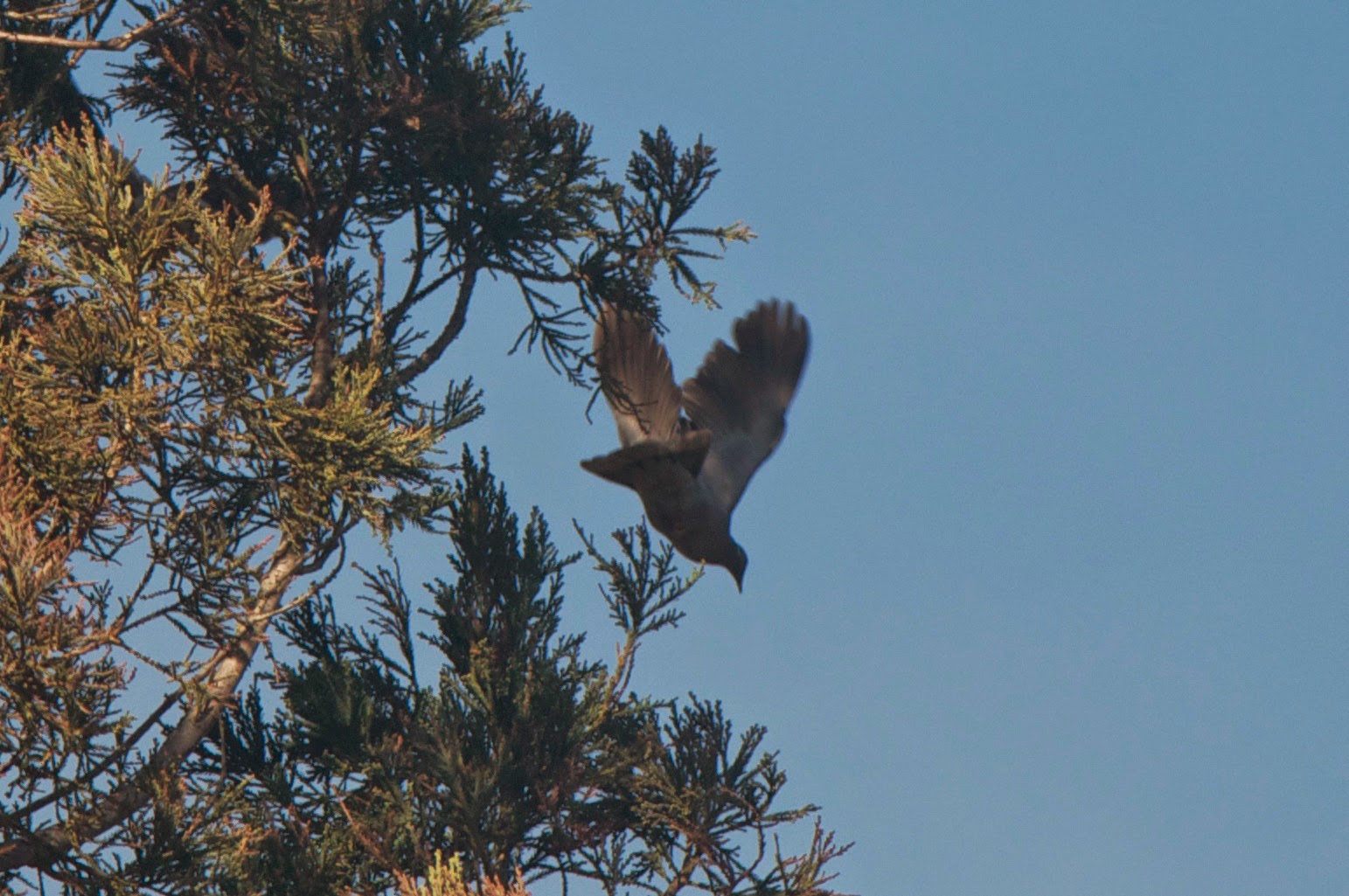