In looking back at the past 5 days or so, a lot has happened.  Here's a quick attempt to bring my two readers up to speed.

I won't go in chronological order though, mostly because I'd like to start with the star of the show.  It started more than a week ago when Bill Bouton, a birder from southern California, was birding in Crescent City, California (northwest California).  He photographed a scoter in the "boat basin" in town (ok, where I grew up, we'd call this a marina).  About a week goes by, he gets back home and starts going through his photos.  It's then he notices how odd the scoter looked.  He got the word out shortly thereafter, it was indeed a COMMON SCOTER (Melanitta nigra).  If accepted by the state and ABA CLC, this would be a first ABA record of this Old World species.

Although Crescent City is a decent drive from here (about 7 hours to the NW), I figured I had to catch up with this once-in-a-lifetime rarity.  When I arrived on the afternoon of 2 February, it was raining... REALLY raining.  I didn't care.  Besides, the COMMON SCOTER was there and waiting... and it didn't mind people at all: 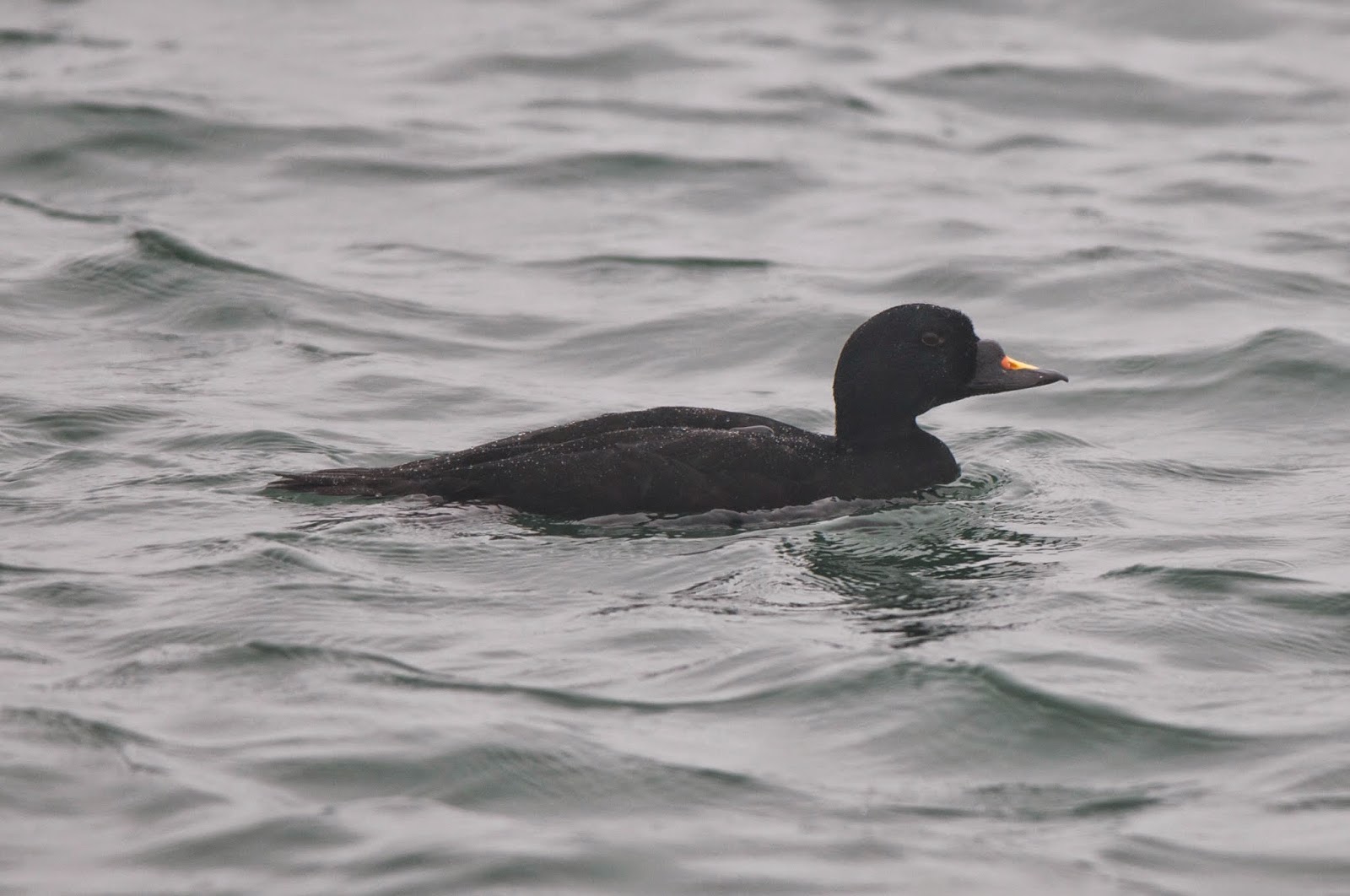 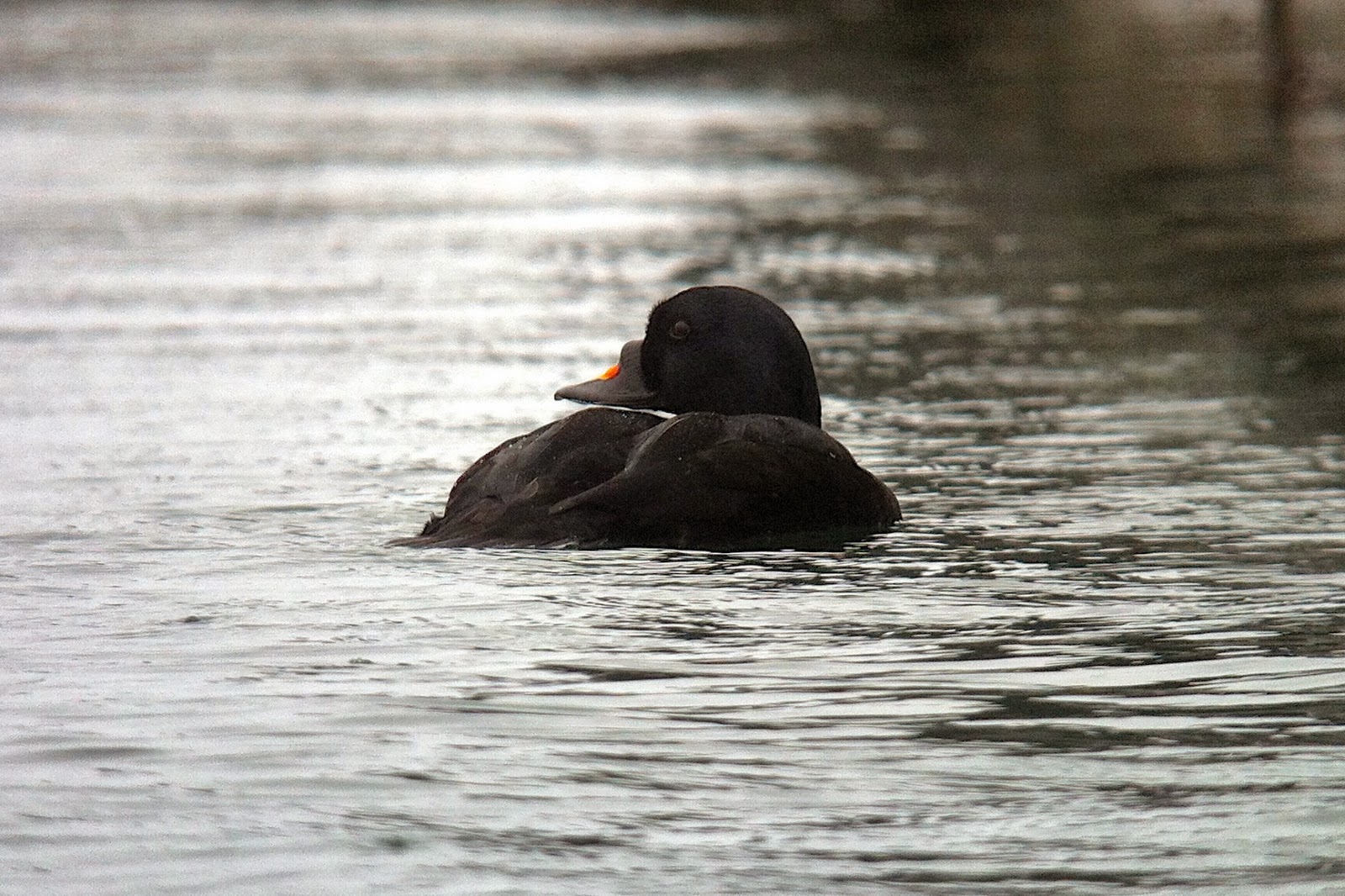 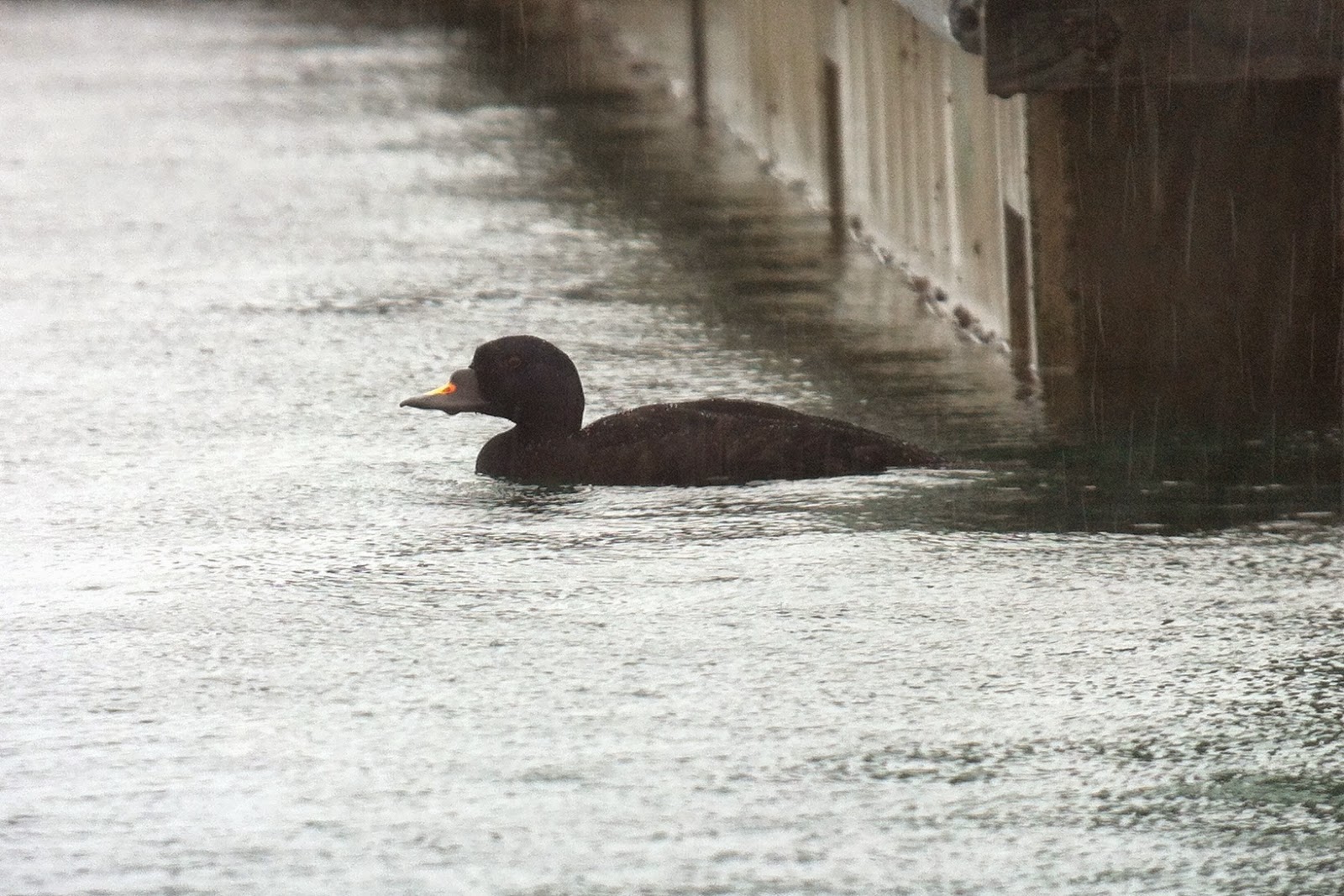 I didn't stick around long in Del Norte County (pronounced "Del Nort").  However, I did venture up to Smith River to see the continuing BLACK-THROATED BLUE WARBLER but only because it was a state bird for me (I don't bother much with chasing county birds in those parts).  It was super rainy and dark though and my photos of the warbler are epically grainy: 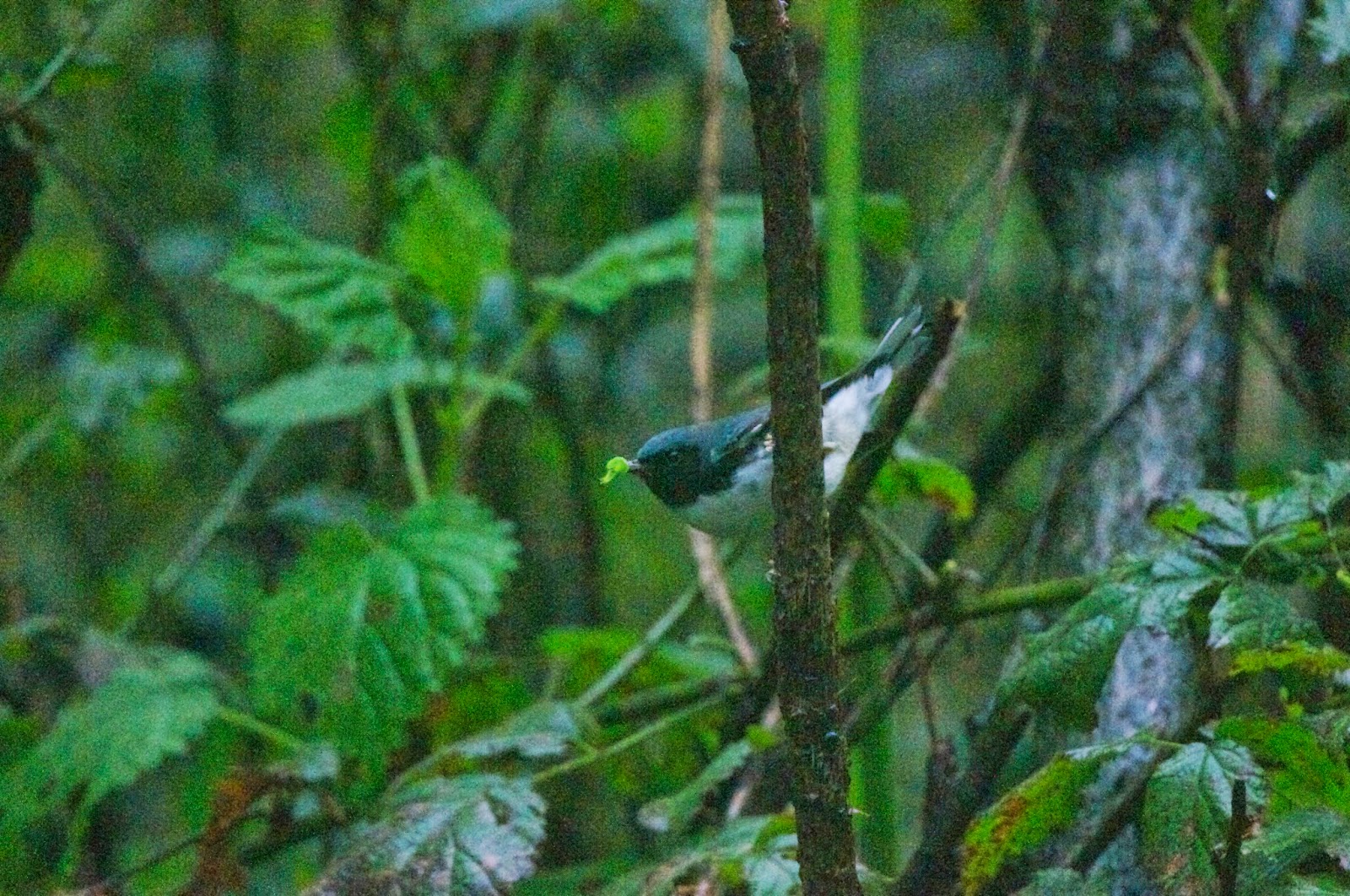 With that Del Norte excitement aside, I can backtrack and mention some other recent happenings.

Last weekend we decided to venture to a part of the Golden State that we had never been to; Alpine County.  This was one of two counties that I had yet to visit and bird in.  We made the 2 hour drive up and enjoyed a quick hike to get our county lists rolling.  After being stuck in the valley for a while, it was so refreshing to be around a different suite of birds including MOUNTAIN CHICKADEES: 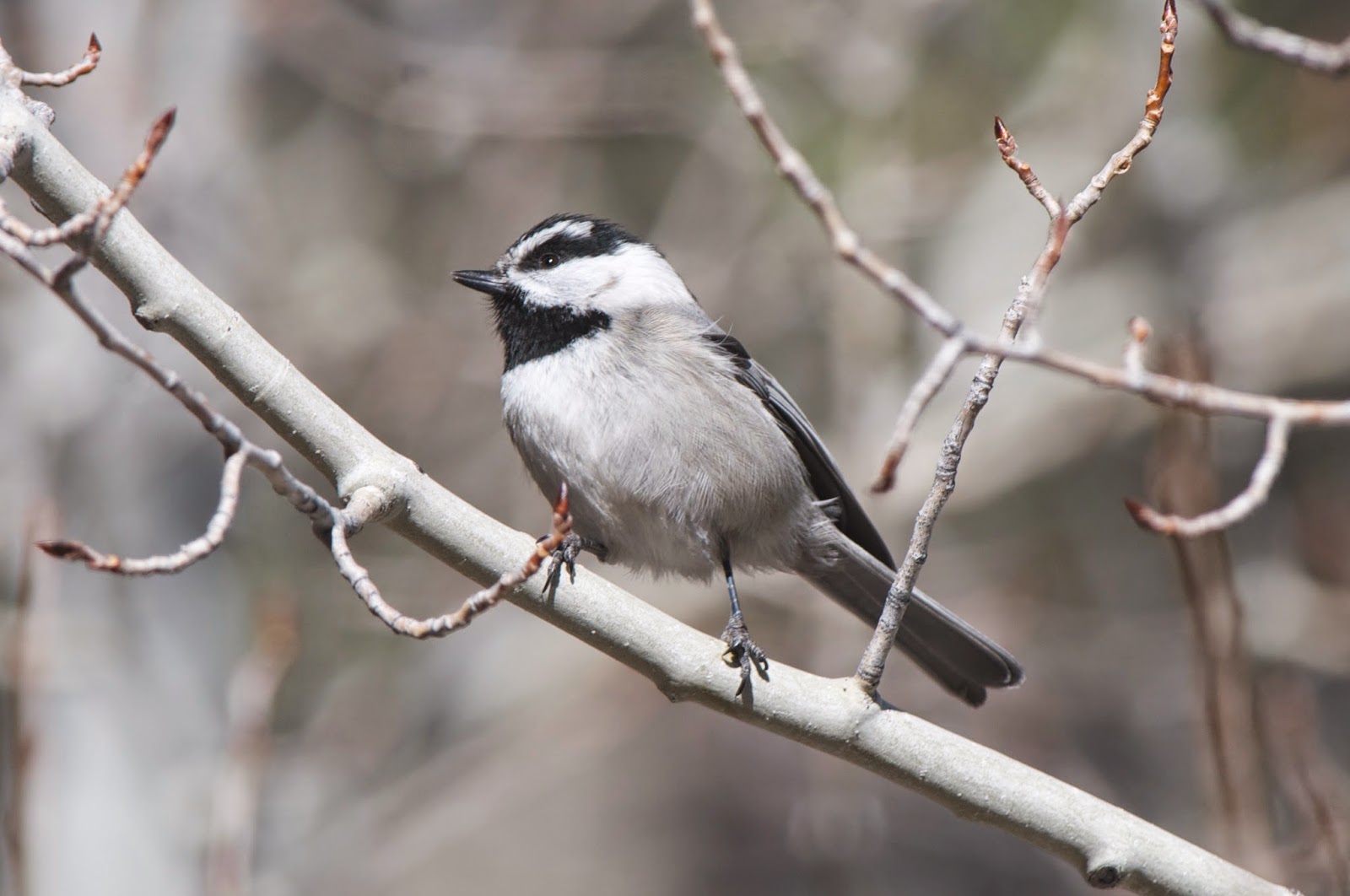 Also common were TOWNSEND'S SOLITAIRES.  Do a little squeaking or owl imitation and they zoom right in to check out the commotion: 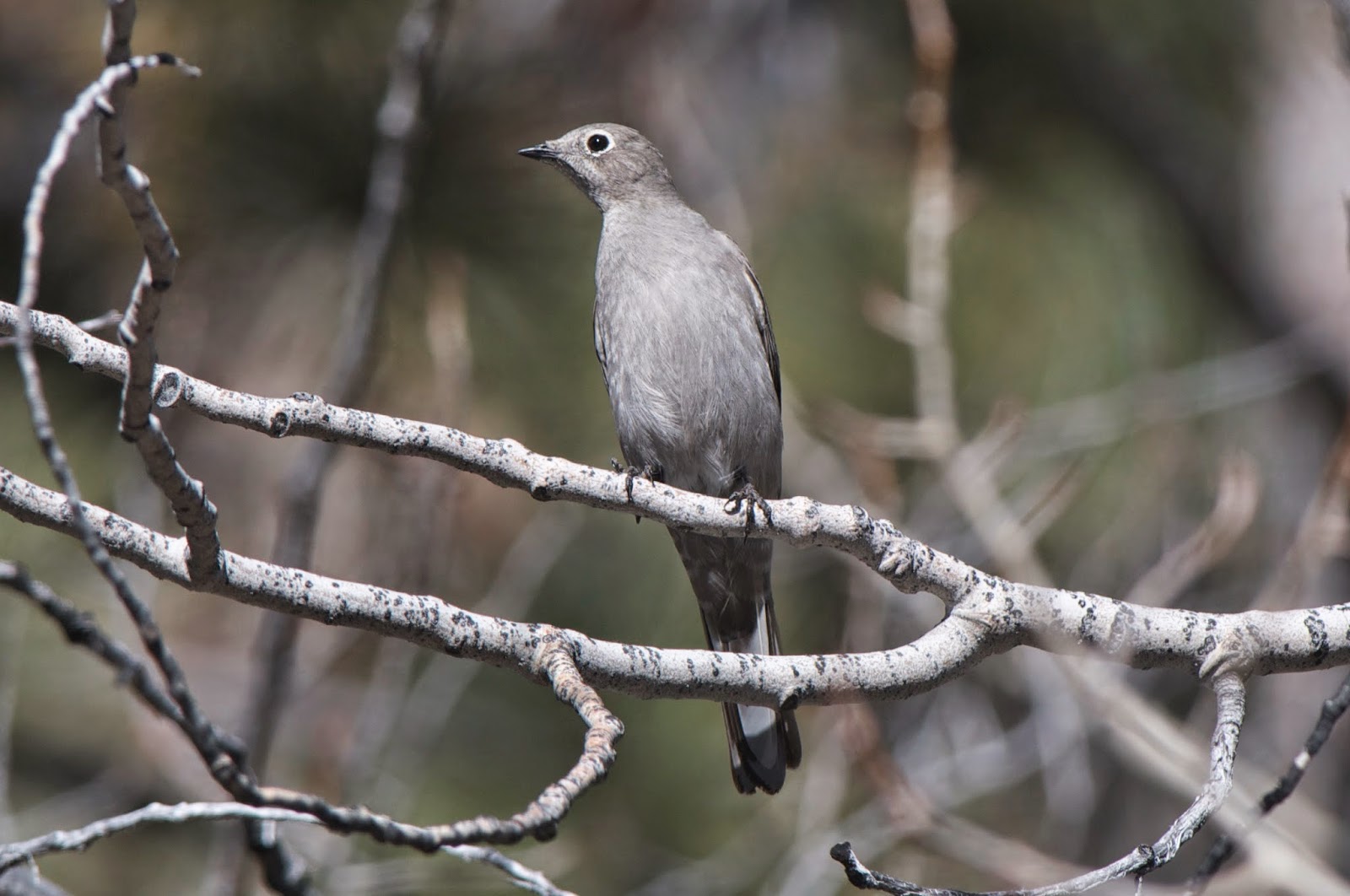 It was there that the bird nerd in me really showed itself; I really wanted to find some of the WHITE-BREASTED NUTHATCHES but only because they're a different subspecies than the ones we have in the Central Valley.  As soon as we heard our first WBNU, we instantly knew; it sounded drastically different than what we were used to.  Here's a pic: 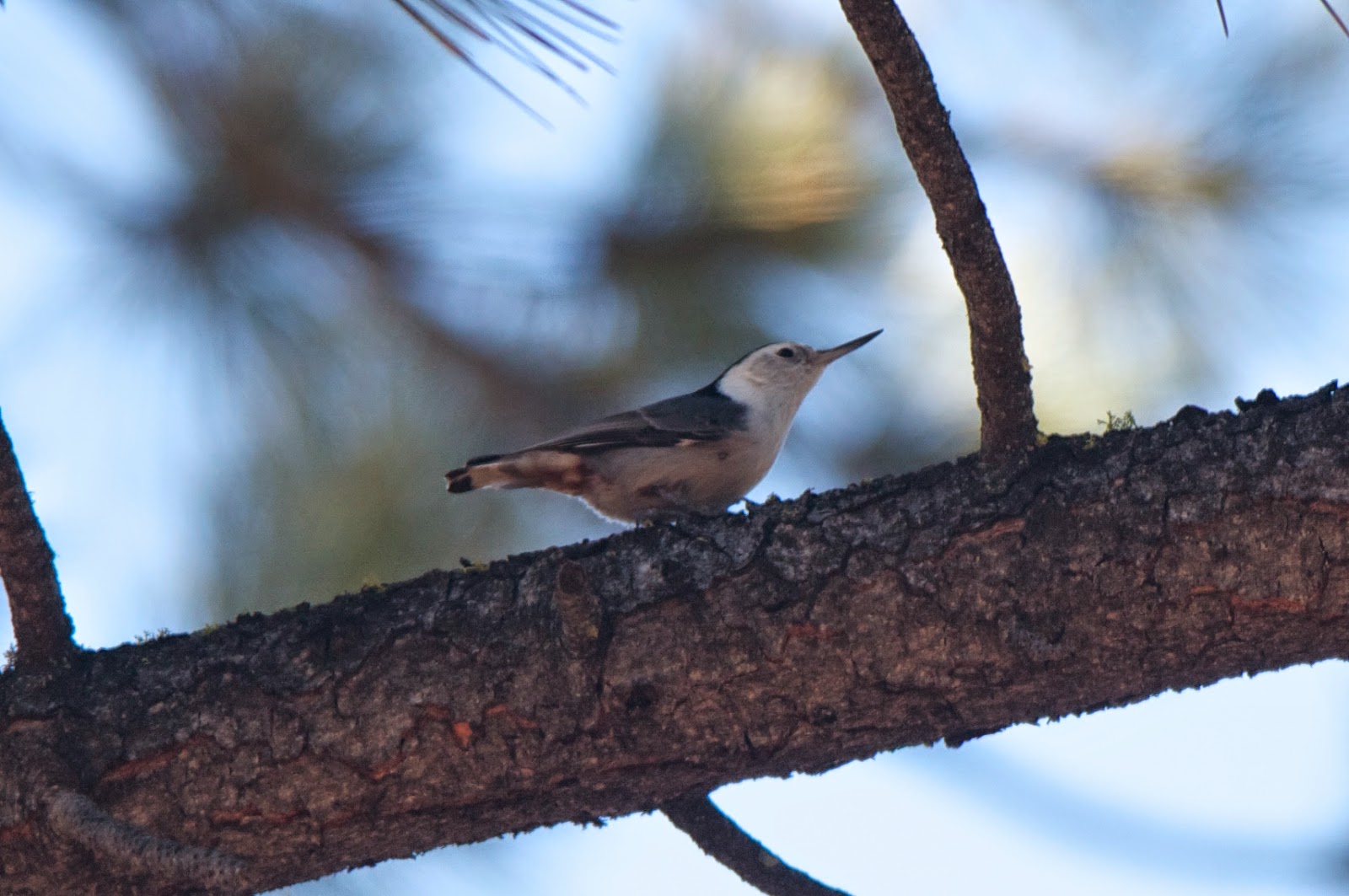 Up in the high country, CLARK'S NUTCRACKERS are commonplace.  Did you know that one nutcracker can cache 98,000 seeds per season?  They also have an incredible long-term spatial memory; they can remember seed locations, sometimes 9 months later, and even under three feet of snow.  Anyway, if they're around, just follow the raspy screeches: 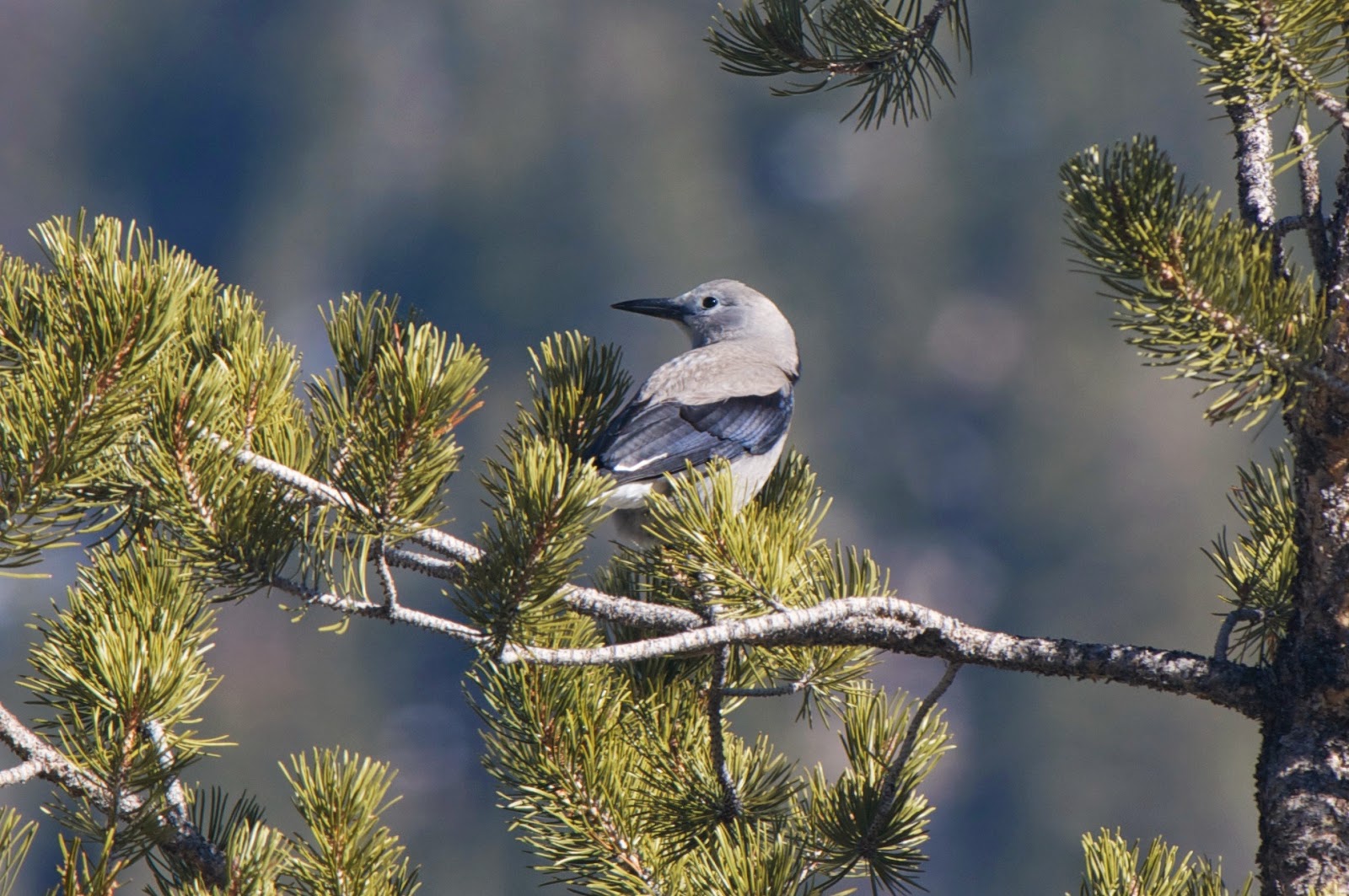 Our final list from this hike wasn't huge but we were still happy with seeing different things.  Our checklist from that stop can be seen here.


The scenery was a nice change too!  Here's a mostly-open stream in Alpine County: 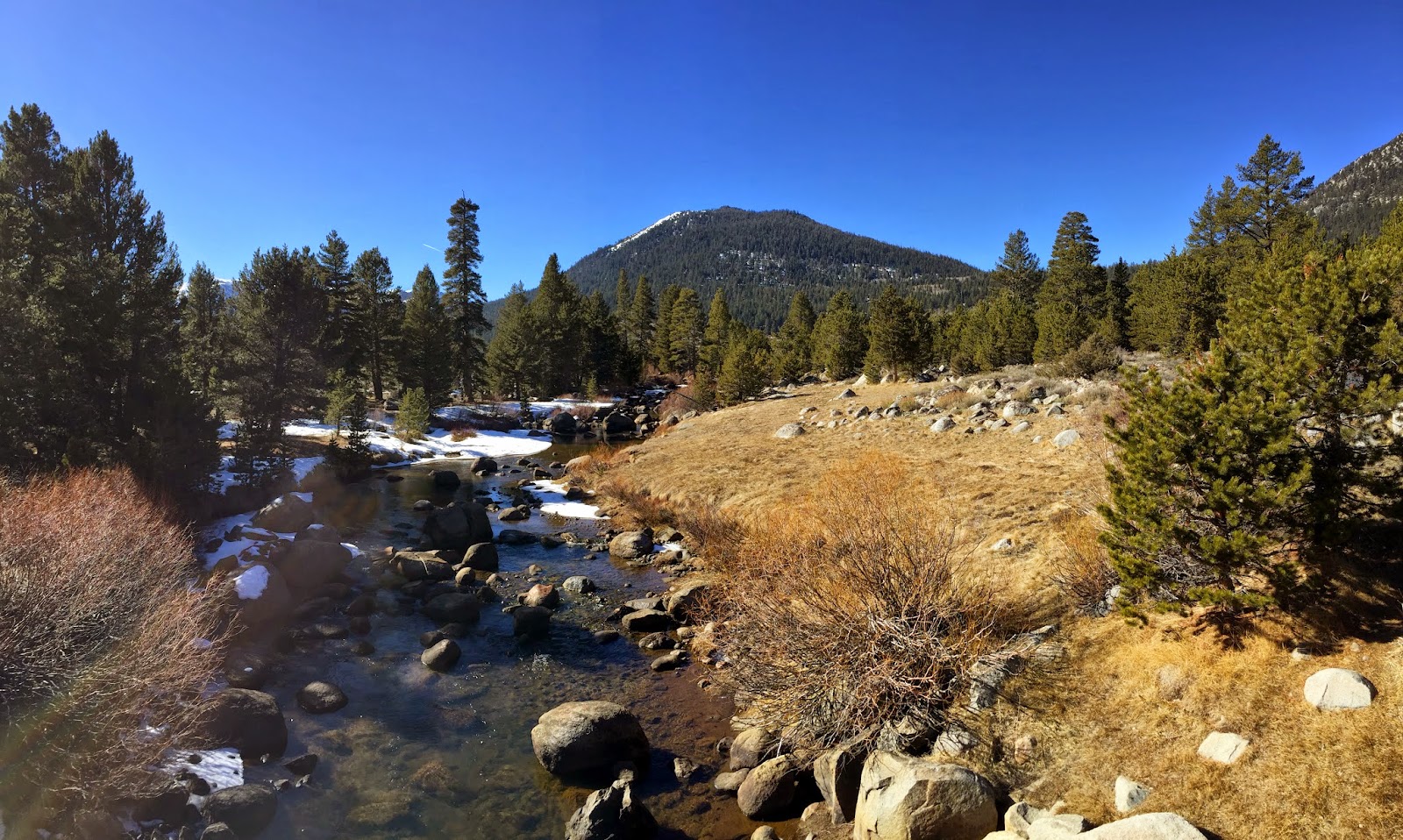 And since my phone takes panoramic photos, I gave that a try too:

Our next stop was near the south shore of Lake Tahoe.  We figured that seeing some different woodpeckers would be fun and so stopped at Taylor Creek to target some of those.

It took less than 5 minutes to find our first WHITE-HEADED WOODPECKER.  Such a cool species.  Here's a male (you can see red on the nape): 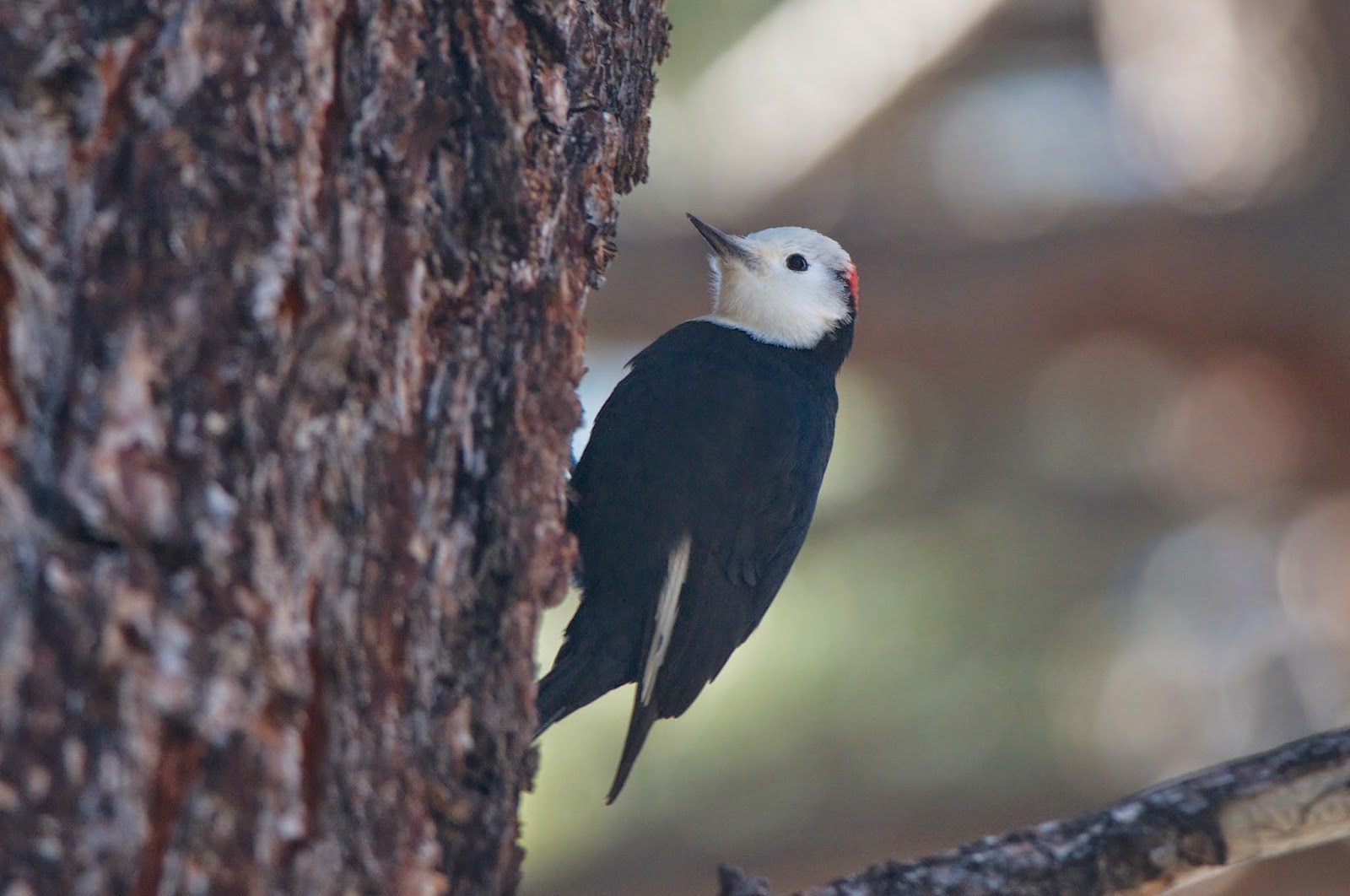 In fact, the 3 WHWOs we saw put on a great show and provided us with the best looks we've ever had of that species.  Pictures were ridiculous too; here's a female (no red on the nape): 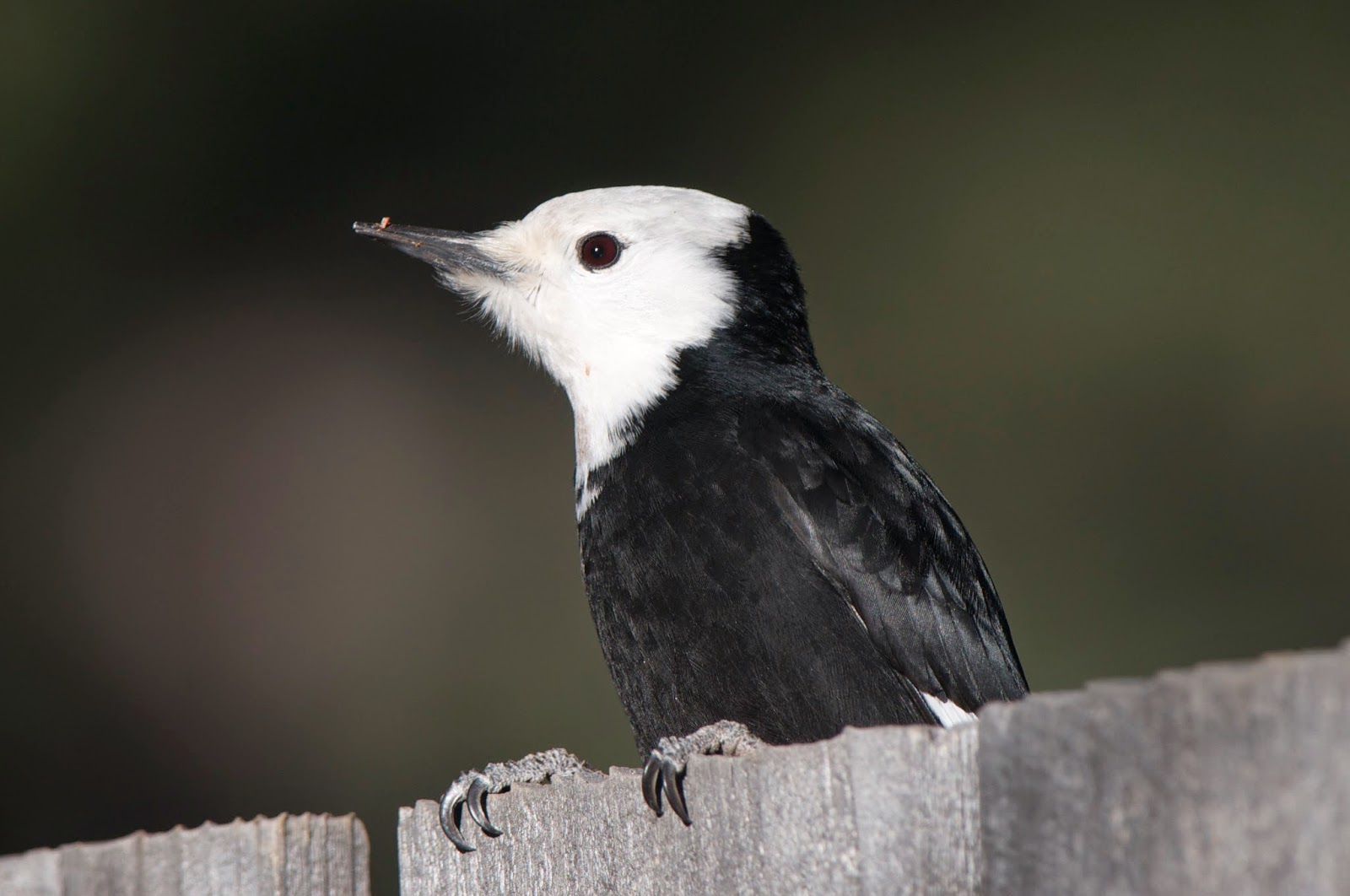 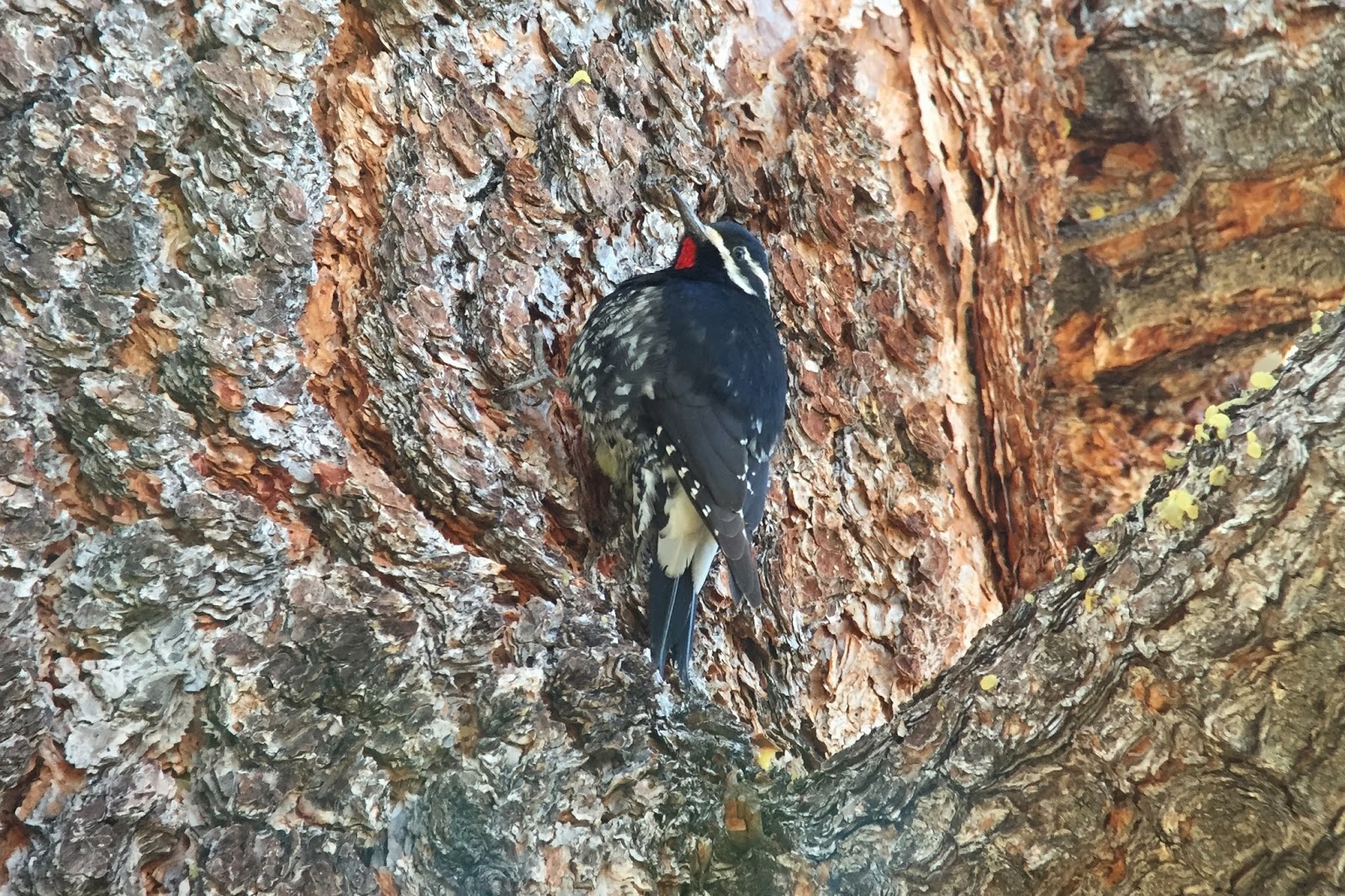 Turns out, this wasn't even the bird making the tapping sounds!  Those sounds were from another WHITE-HEADED WOODPECKER nearby (and yes, they were both visible at the same time).  In a way, we owe that particular woodpecker for our sapsucker sighting.  We were pretty happy to see a WISA again.  In fact, this was only the 5th time I'd ever seen this species in my life.

Although less flashy, the PYGMY NUTHATCHES were abundant too.  This is another species we don't have in the Central Valley.  I think this was my best shot of one from that day: 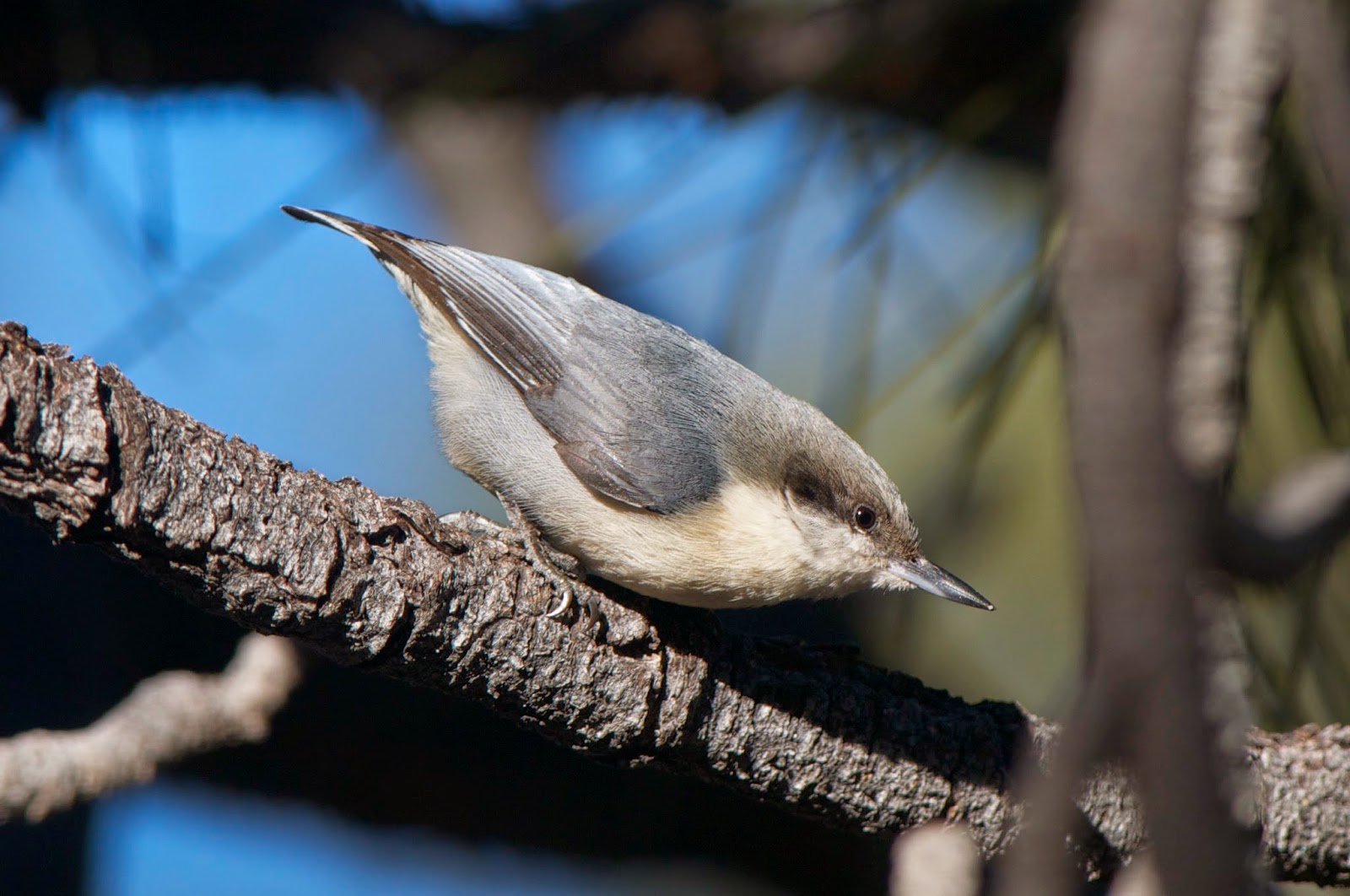 That last stop also included a venture out to the shore of Lake Tahoe: 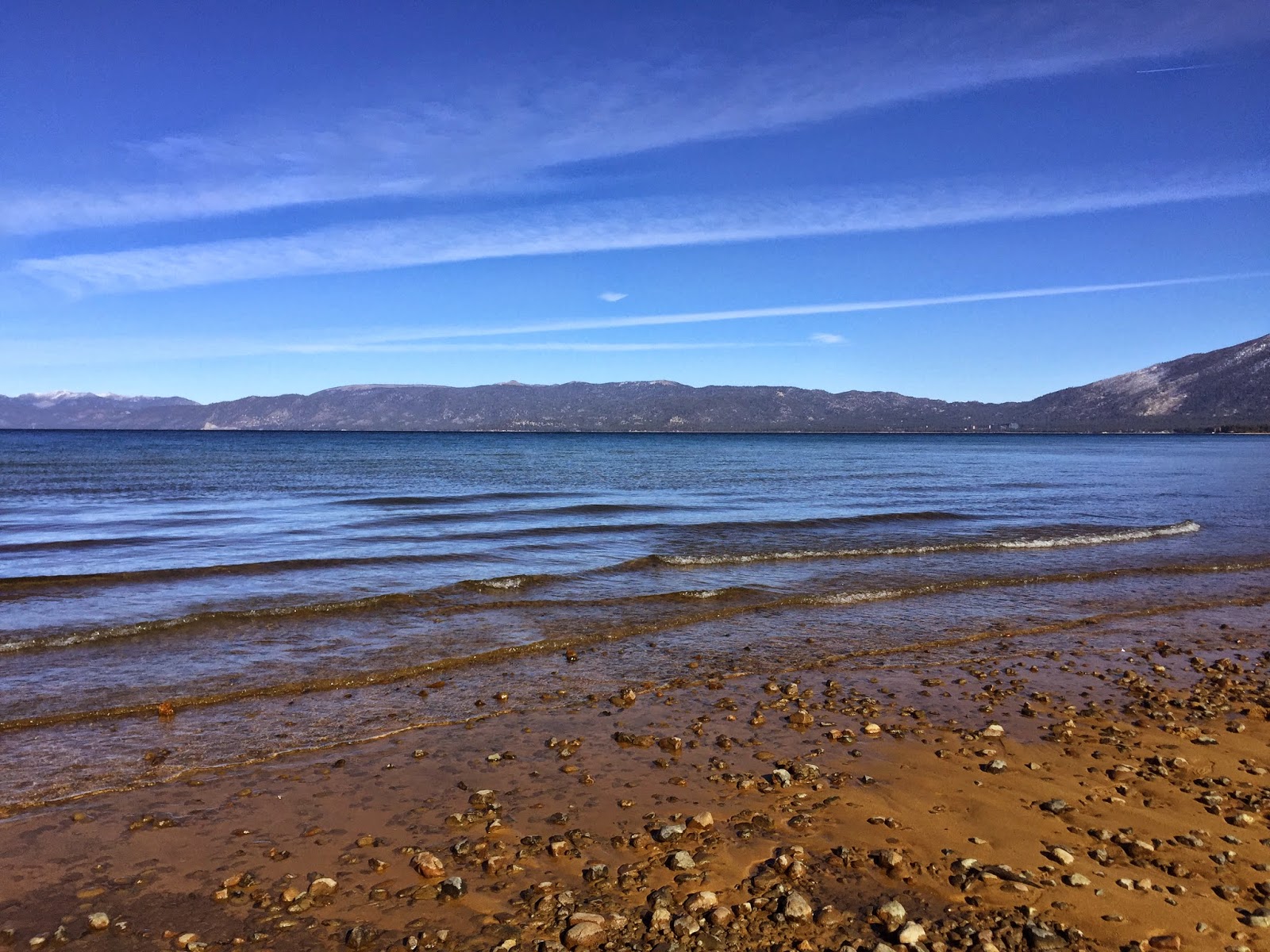 There were a few waterbirds way out like BUFFLEHEAD, COMMON GOLDENEYE, and several COMMON LOONS.  In all, here's our checklist from that stop.

Back here in Sacramento County, we've been eying year birds that we still need.  One such species was EURASIAN WIGEON.  We decided to venture down to Cosumnes to check out some recent reports.  Ashley picked him out first: 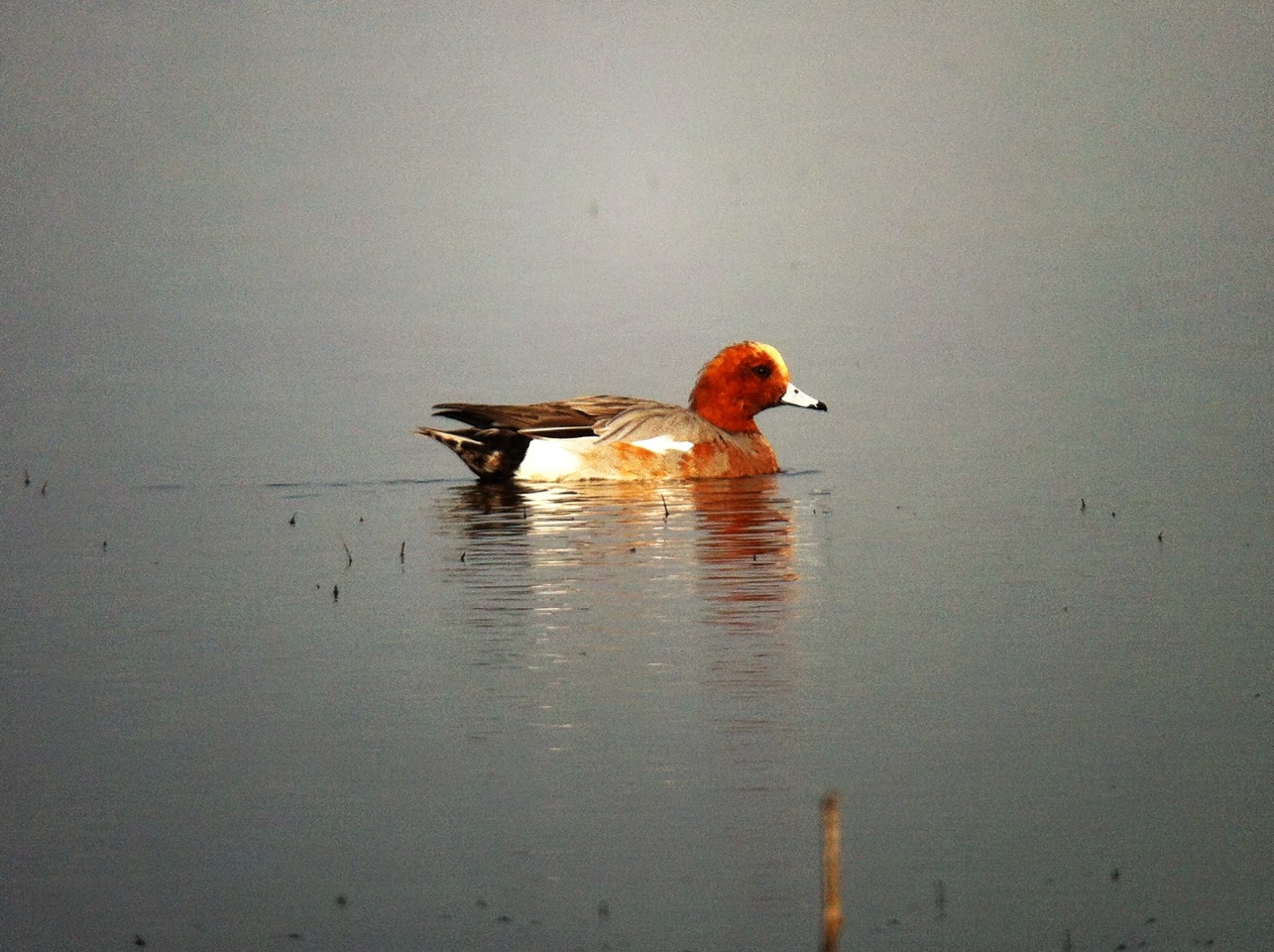 Lastly, I found myself in the grasslands of Solano County yesterday looking at a flock of 92 MOUNTAIN PLOVERS.  In fact, this was only the 7th time I'd seen this uncommon shorebird species in my entire life.  This location, only 20 miles from where I live (as the bird flies), often has wintering MOPLs but I'd never seen that many OR that close.  Some of these plovers were probably only 20 meters away.  Enjoy: 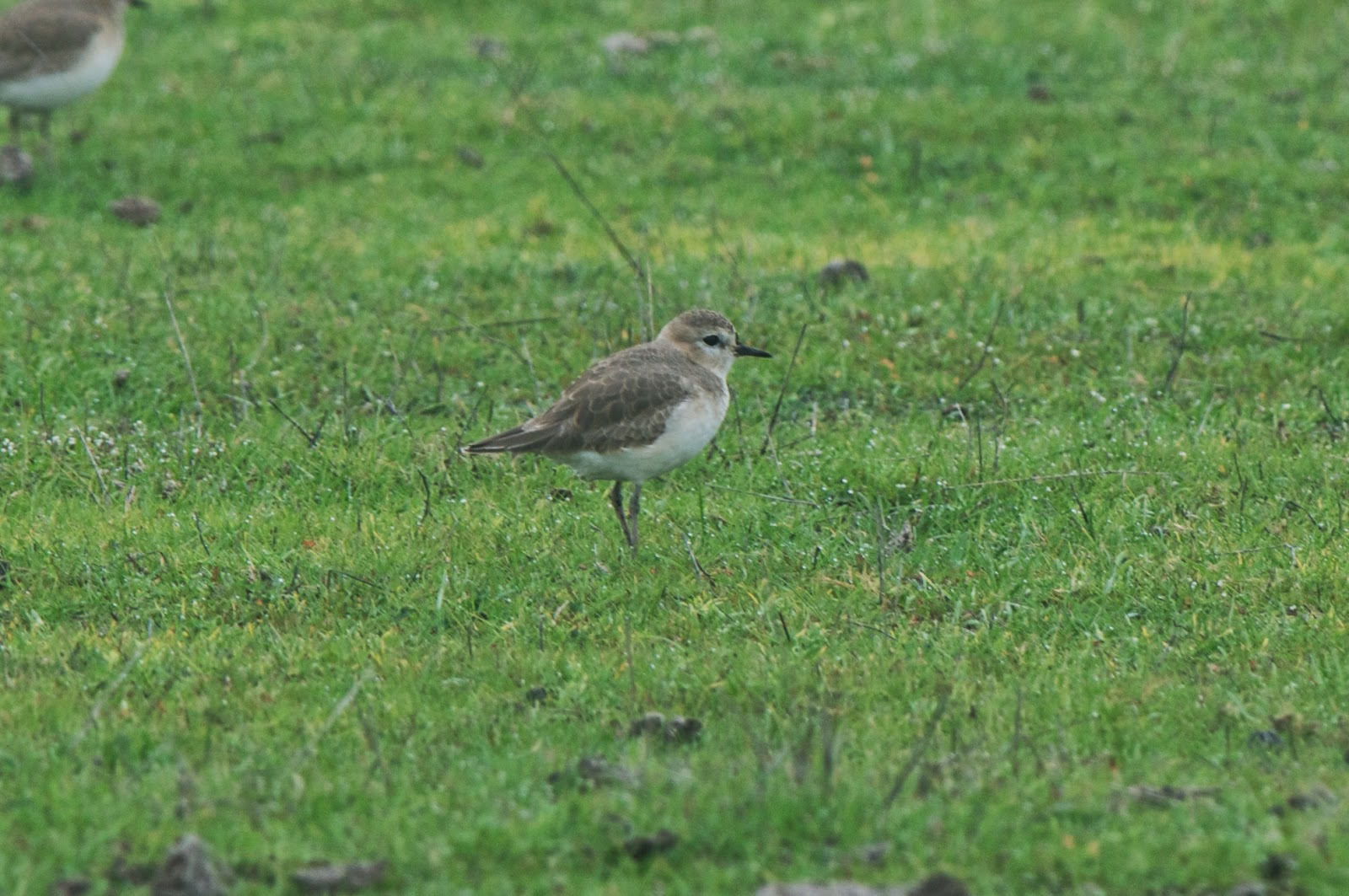