According to eBird (which I love and would suggest you trying), I made 680 checklists last year which was down from 953 in 2013).  How will this year compare?


In terms of new ABA birds, last year was an exceptional year for me given my 5 months on St. Paul.  My time in Alaska delivered 35 new ABA birds and considering my initial target was 20, I'd say it treated me pretty well!

My time up north also pushed my Alaska list into the 200+ category.  As you can see below, I recently updated my US map which shows state list totals (CA and OR upped a color): 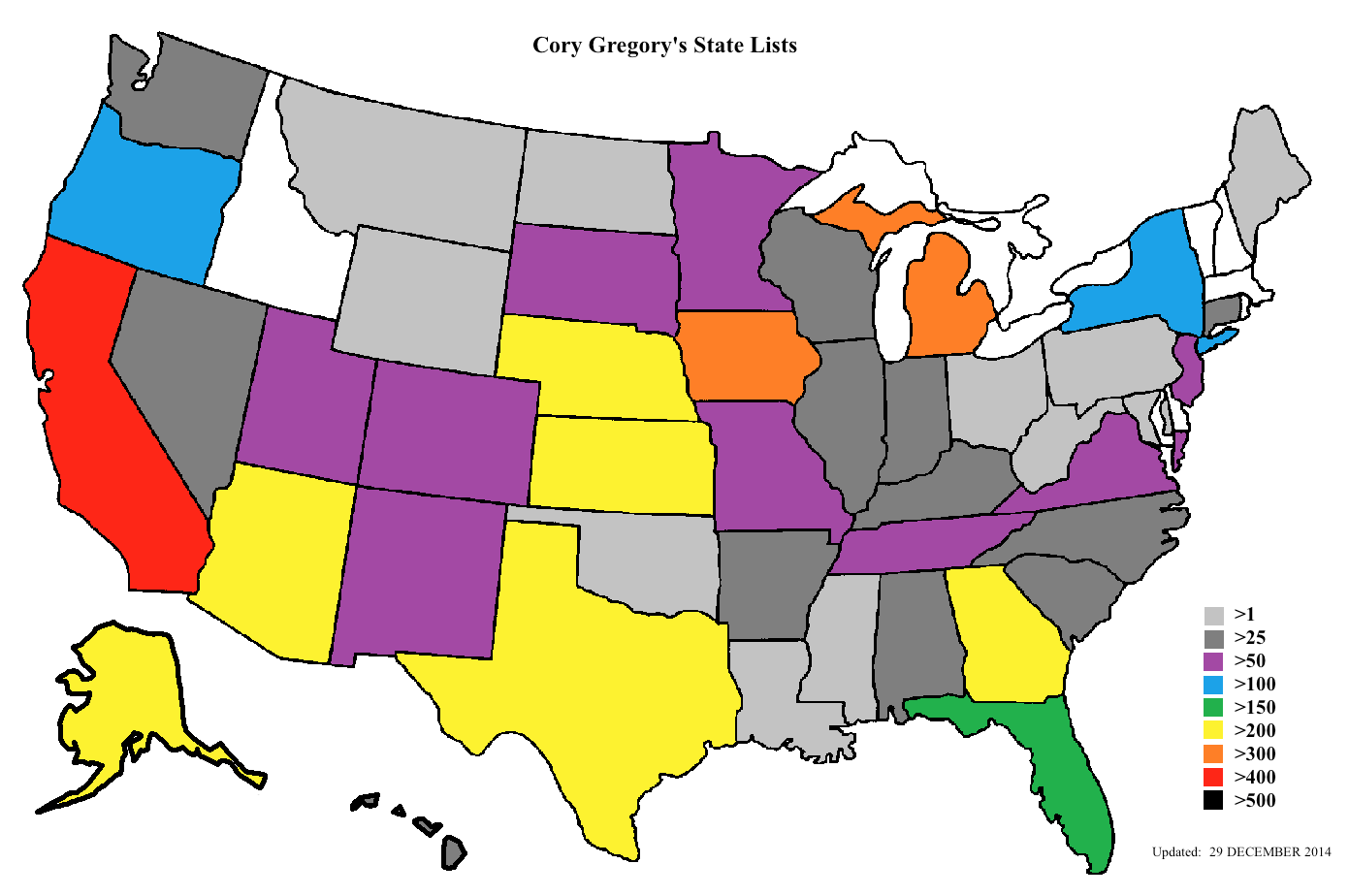 You can also see that I still lack state lists for Idaho, Rhode Island, Massachusetts, Vermont, and New Hampshire (even though I have been to those states before).  Oh well, someday.

Here's a different look at my Lower 48 tallies; this time by counties (sadly, Alaska and Hawaii don't work): 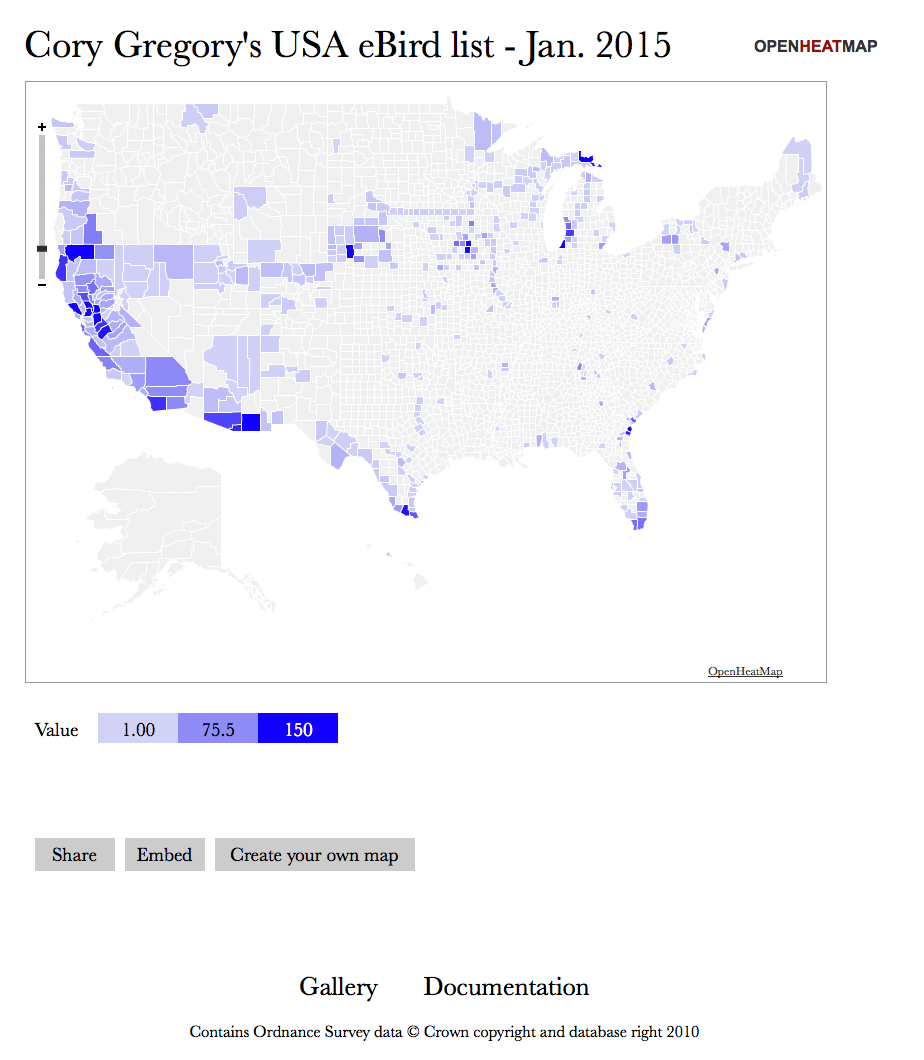 The other 7 months last year were spent around home in Sacramento County where I actively kept a county year list.  In eBird, I ended up in 4th place which probably isn't too bad considering me being gone for 5 months of the year.  I'm also really impressed that Ashley finished in 2nd place!  Oh, and don't let the eBird rankings here fool you in regards to her placement; most birders around here enter Egyptian Goose and Mute Swan into eBird which inflates their list by two species.  (I won't get into that topic here but yes, I see the value of entering those uncountable species.  As for us, though, we decided to only eBird species that are on the official California state list.  Otherwise, I may as well eBird the Budgie I saw at my local patch!!).

I really enjoy being able to visualize progress and being able to make my own maps is just icing on the cake.  It's free and easy to do via openeheatmap.com.  No need to send your numbers to a third party...

Anyway, here's a look at my county list totals in California.  You, as a reader, can't do much to this map (such as zoom in, see county totals, etc) because I didn't embed it but you get the gist of the idea: 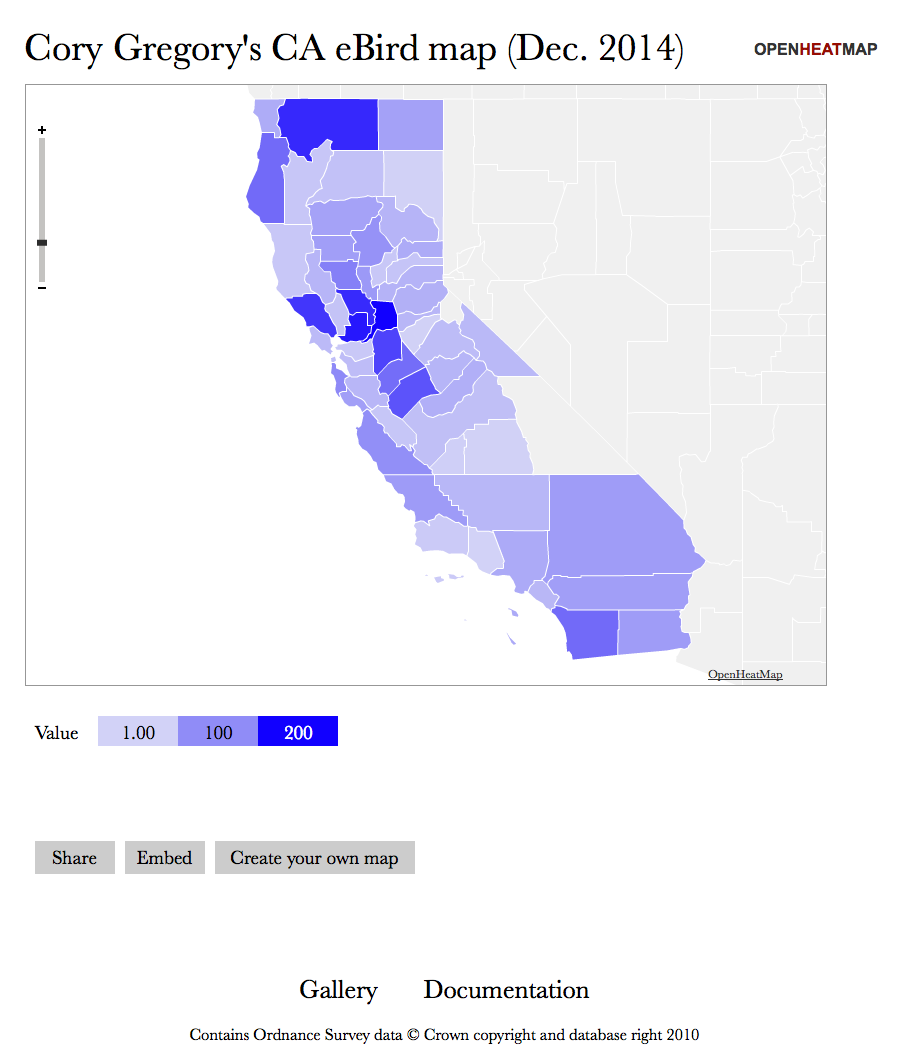 Regarding the above map, I finally visited Trinity County (in the NW part of the state) which only leaves two counties without a county list: Inyo and Alpine.

But here we are at the start of another year.  Given the clean slate, January 1st rolled around and we took the chance to see if we could top 100 species that day. 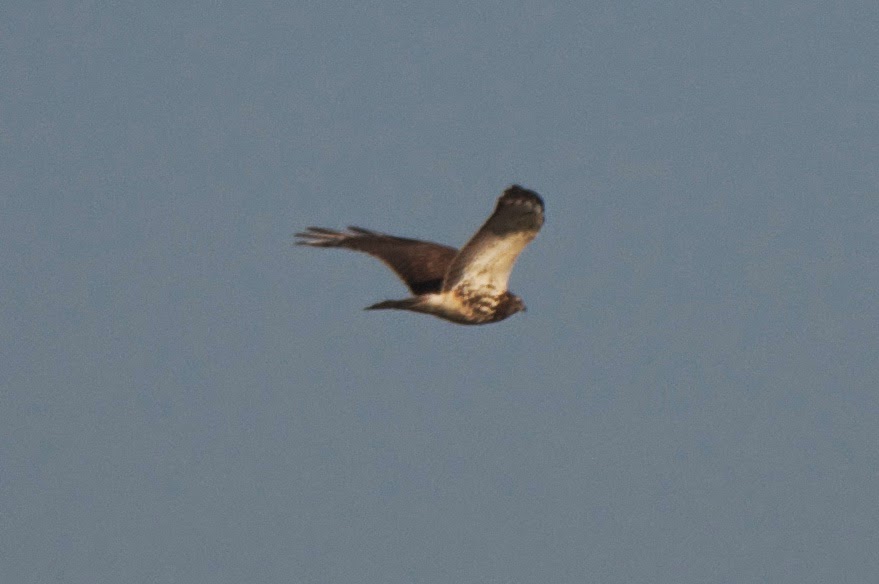 In eBird, this is only the 3rd January record of this species in Sacramento County.  Here is is again, more distantly, as it banked: 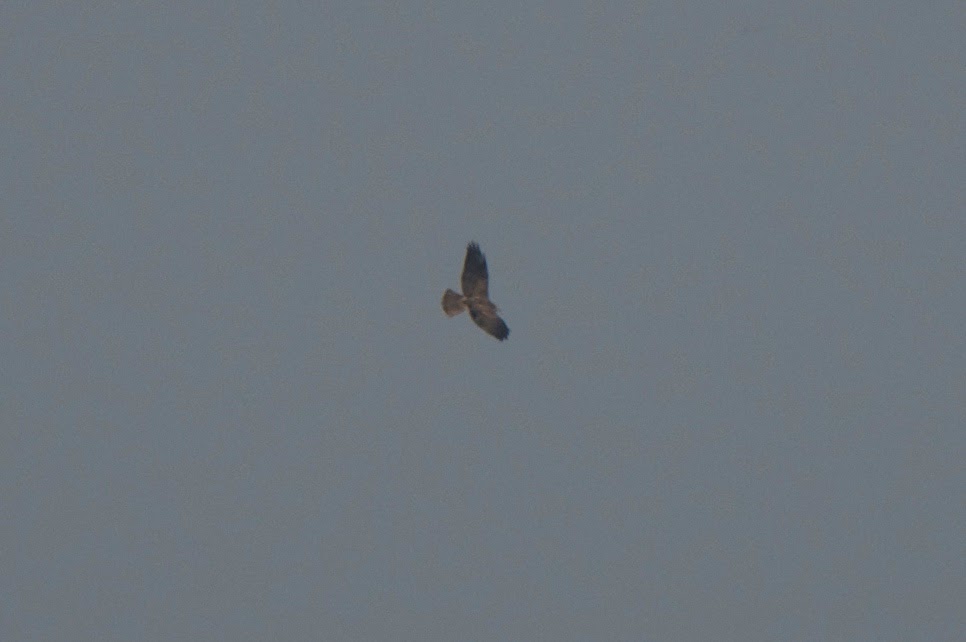 This SAY'S PHOEBE was right next to the road.  I just rolled up on it smooth and fired a few shots.  It didn't know what didn't hit him. 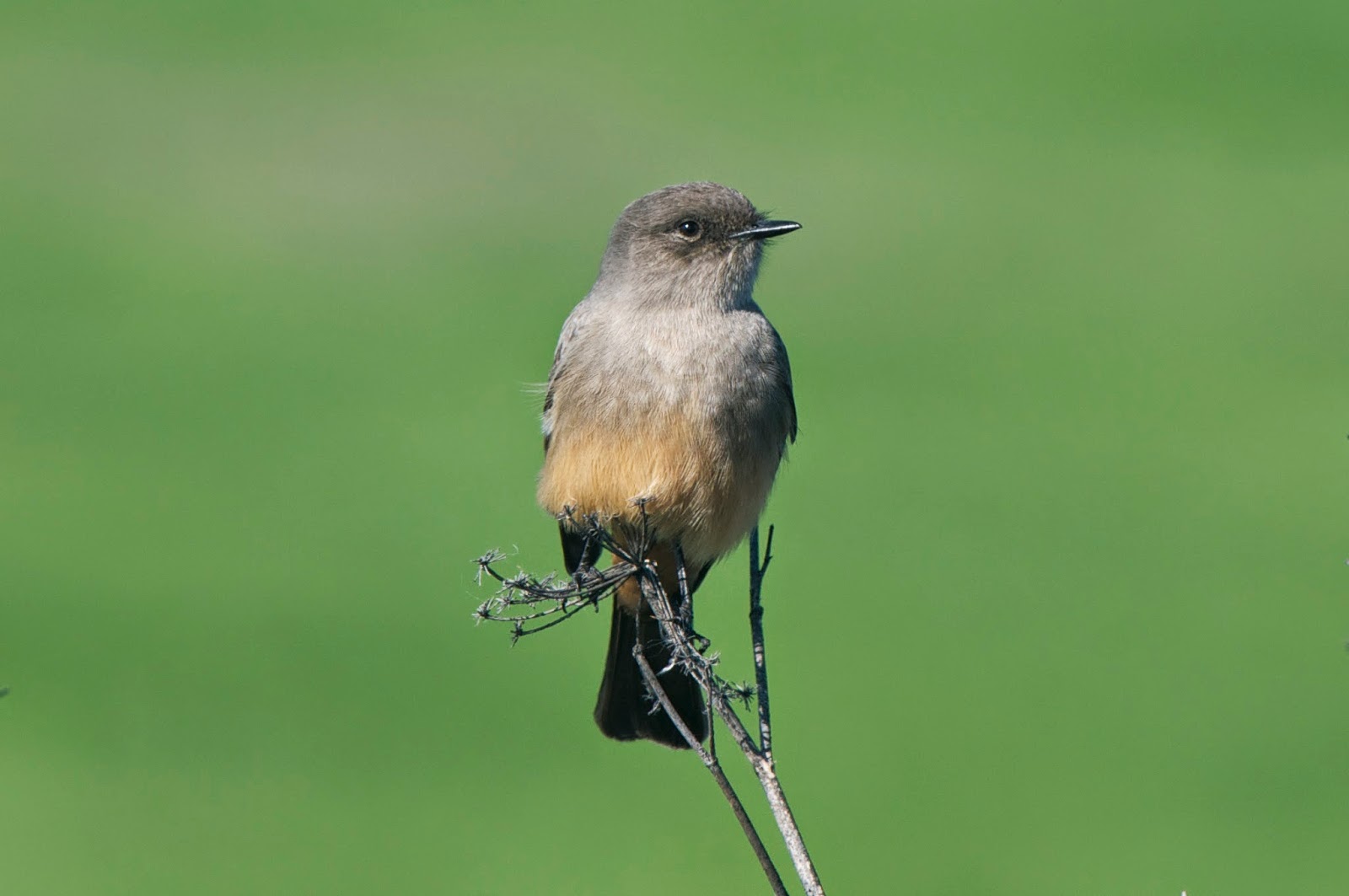 We also ventured to our local patch, Don Nottoli Park, where we stumbled on this PURPLE FINCH: 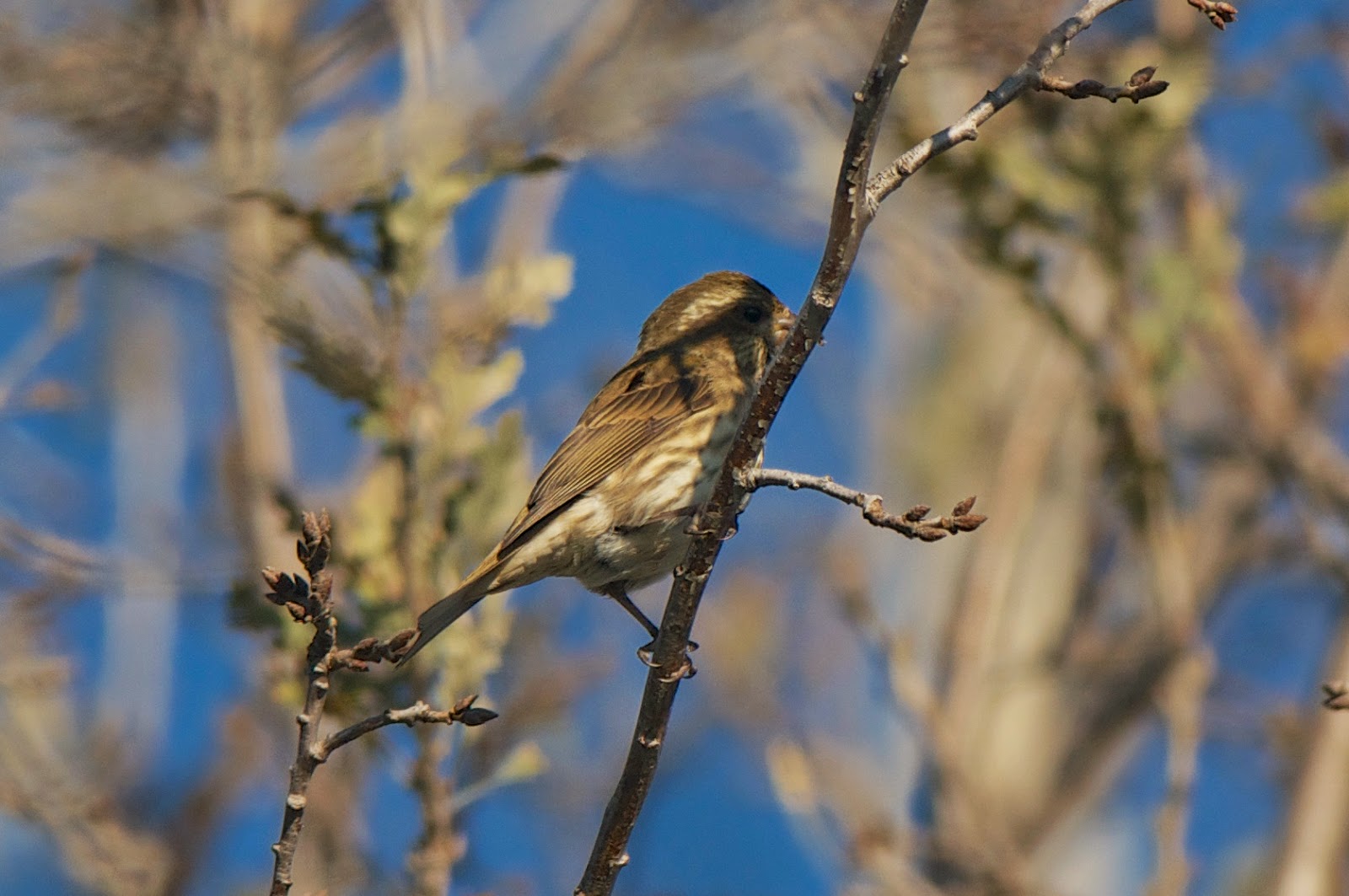 This is actually the first record of this species at this patch.  According to eBird, this was the 139th species seen there since we moved to the neighborhood and started birding it in 2011.

Anyway, we ended with 101 species that day in just this county.  Not a bad start to the new year!

With that, my 1st blog post of the year will come to a close.  As an aside, I ended with 111 blog posts last year which breaks my previous record of 98!