A male RED-BREASTED MERGANSER was found on the American River and so we went to check it out.  It's been aggressively displaying to a female COMMON MERGANSER (and no, she hasn't seemed impressed): 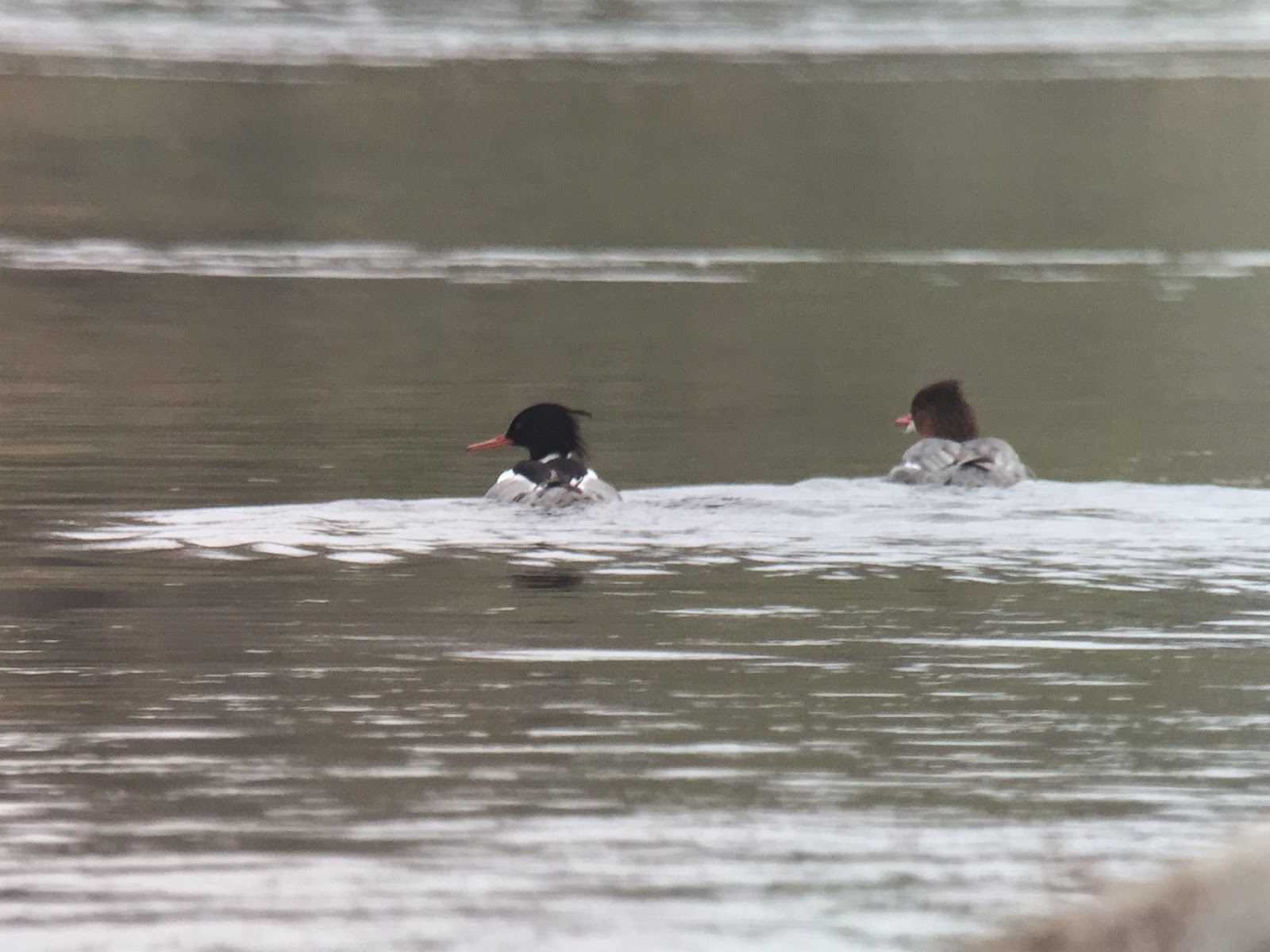 RED-BREASTED MERGANSER is a pretty rare bird in Sacramento County, this was only my 3rd ever.  Even more, it's an adult male (most of the others haven't been).

Oh, I took a digiscoped picture using my new phone of this sleeping GREAT BLUE HERON.  Digiscoping with it is quite difficult but I look forward to when Kowa comes out with a case adapter for it: 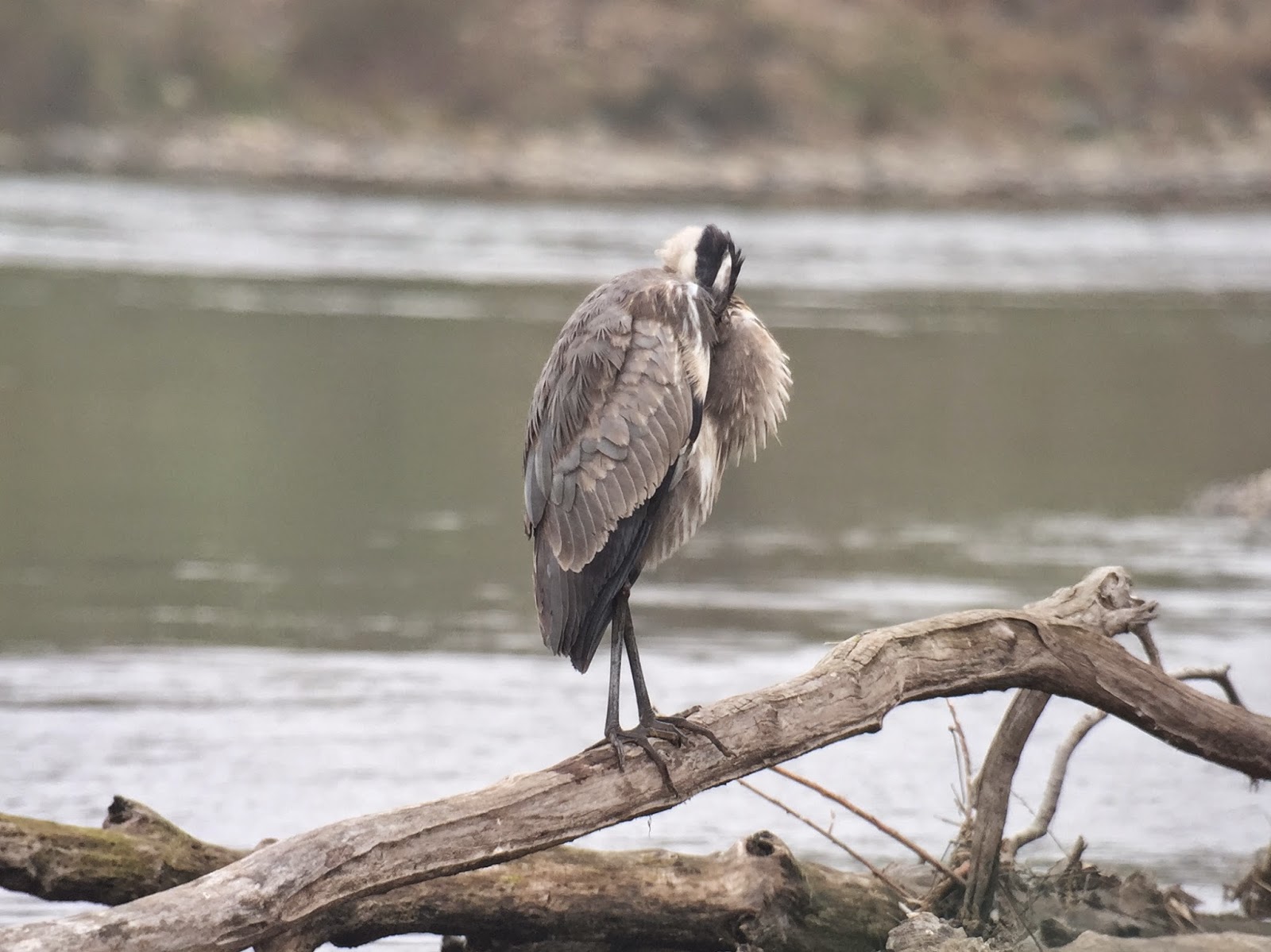 Here's our checklist for the visit.

On a recent visit to Elk Grove Regional Park, we found this male intergrade NORTHERN FLICKER: 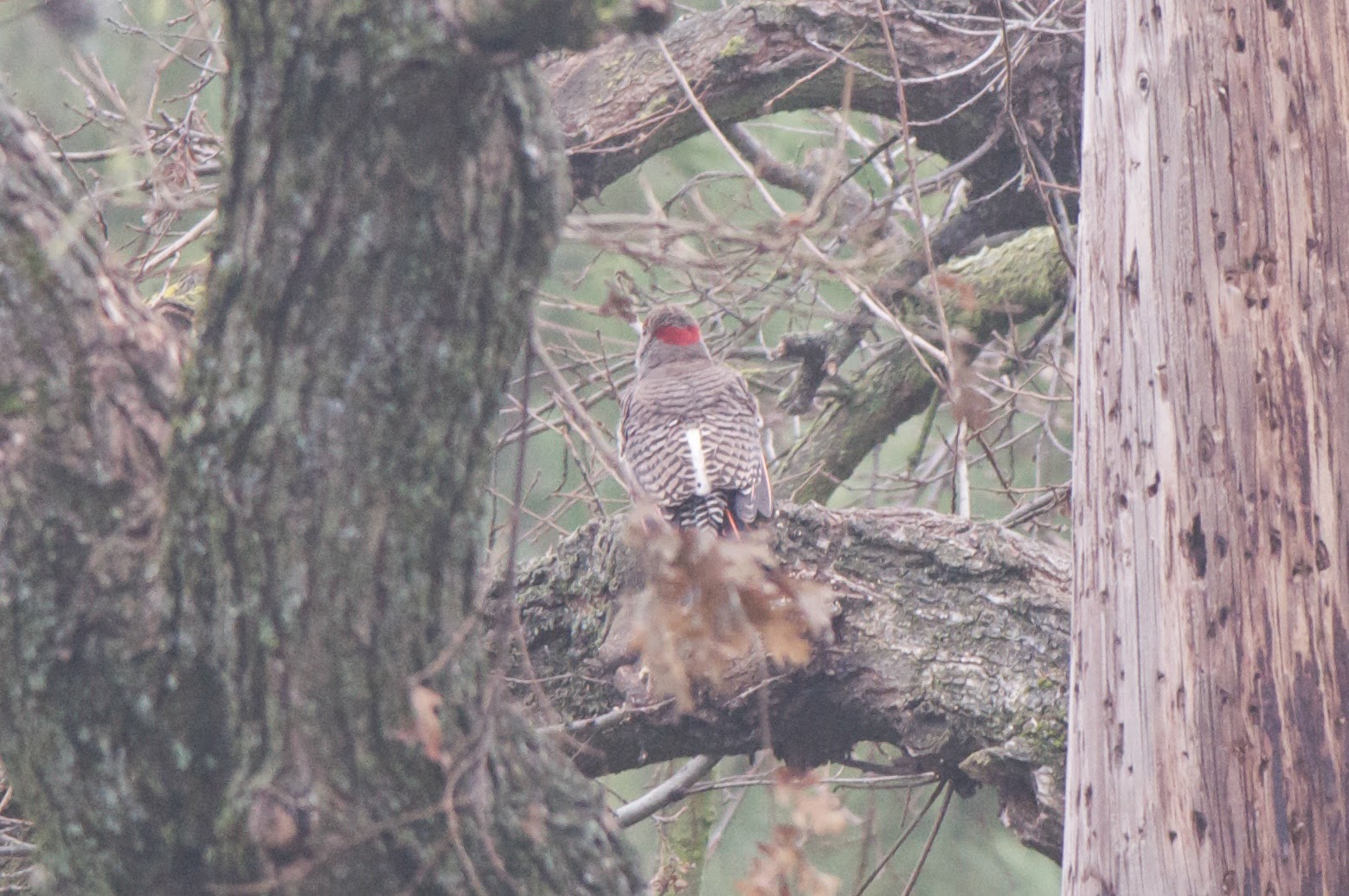 Anyway, we also connected with BROWN CREEPER which can sometimes be tricky to find in county.  Our list for EGRP is here.

We went to Folsom Point hoping to see some new year birds; we succeeded in just that.  We added COMMON LOON, EARED GREBE, CLARK'S GREBE, and ROCK WREN.  Also, the ACORN WOODPECKERS there are quite tame: 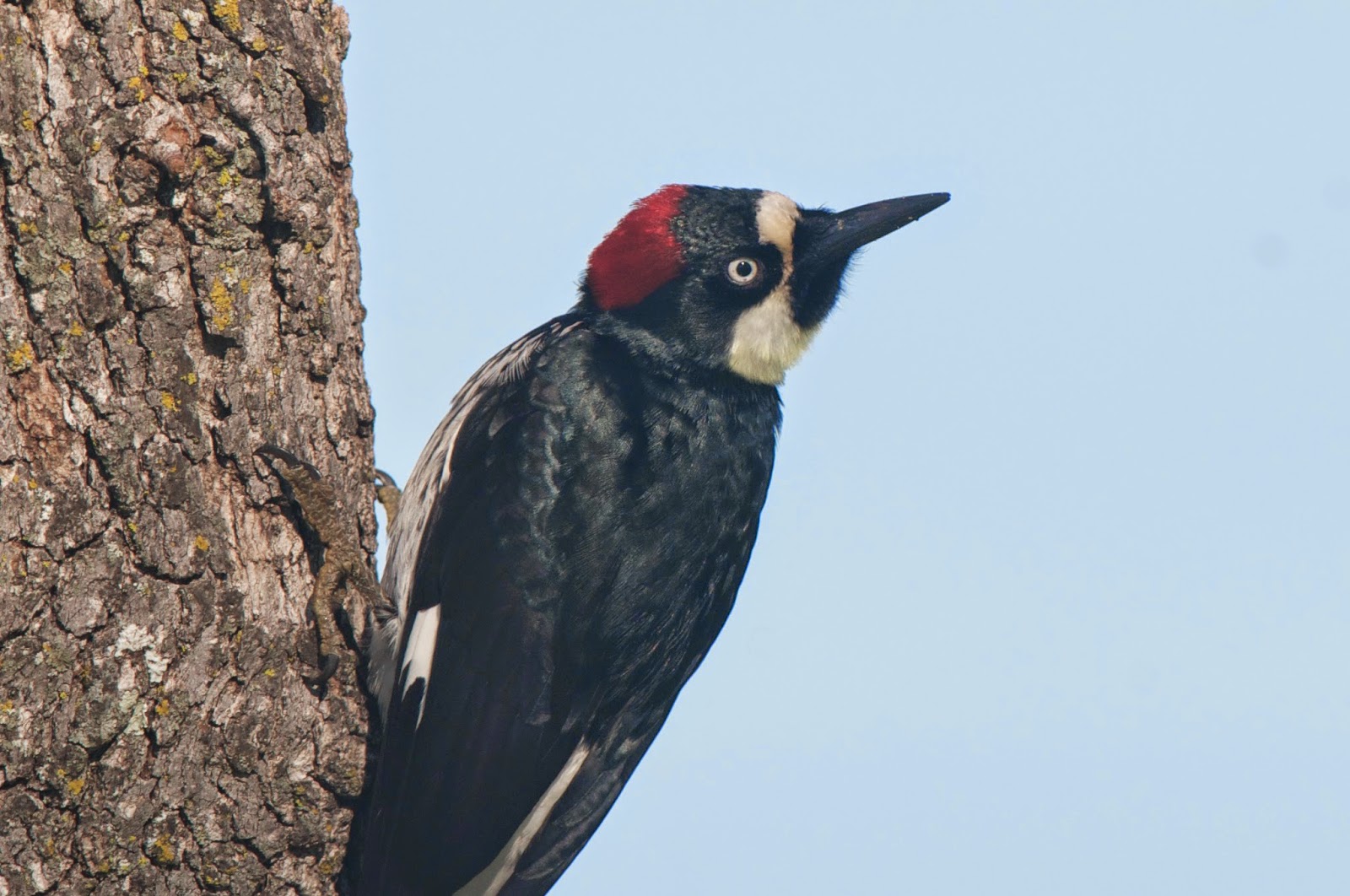 You can see that checklist here.

There's been a few RED-TAILED HAWKS hanging around the apartment lately.  Above it, mostly.  As one would expect, both of these are calurus, or "Western", Red-tailed Hawks.  You can tell on the following adult light bird by the dark throat (adult eastern RTHAs have a whitish throat): 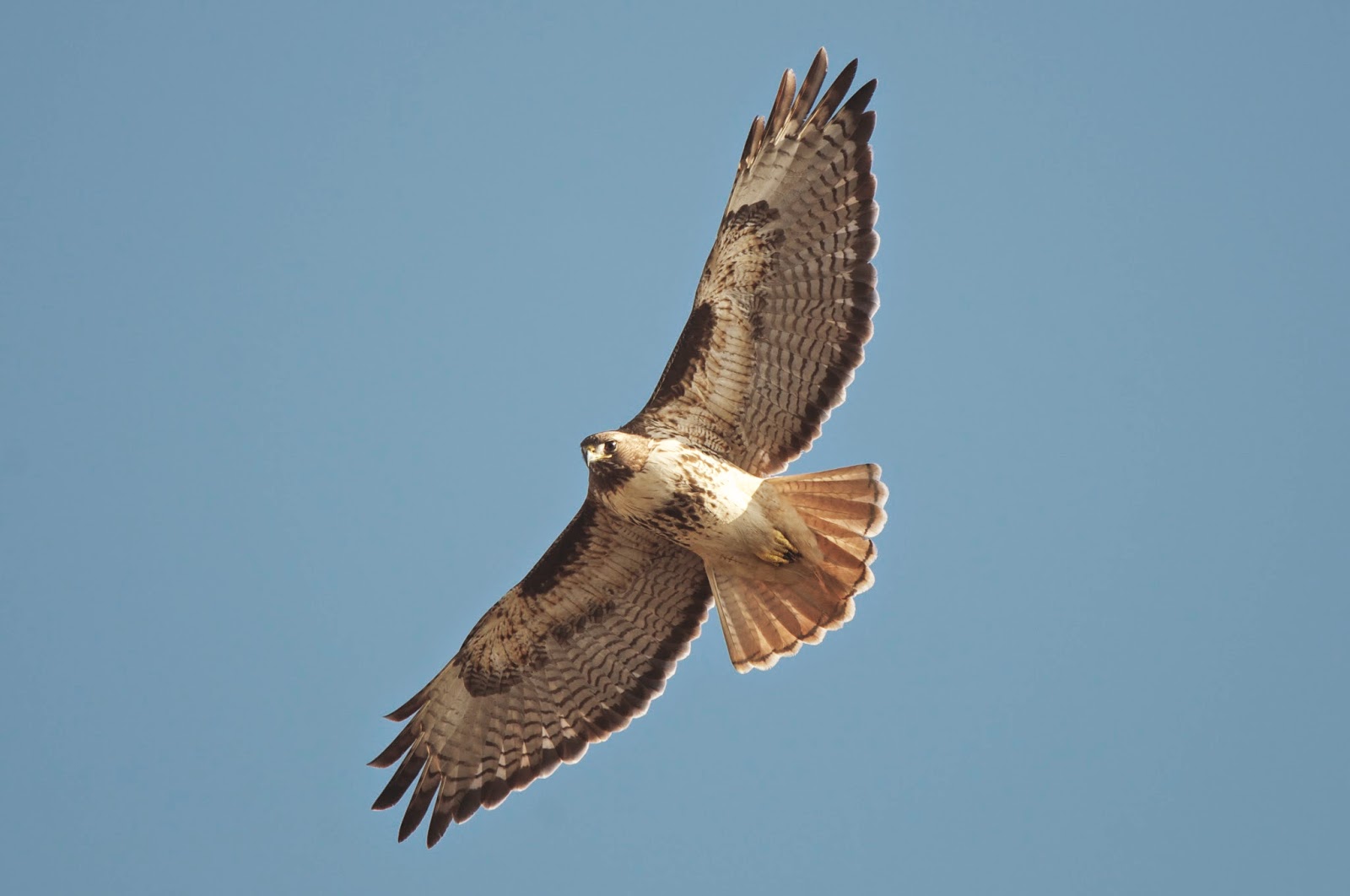 It's not tough to know the subspecies on this intermediate/dark bird because there is no dark morph of eastern RTHAs.  Gorgeous hawk though, it's been fun living around those here in CA: 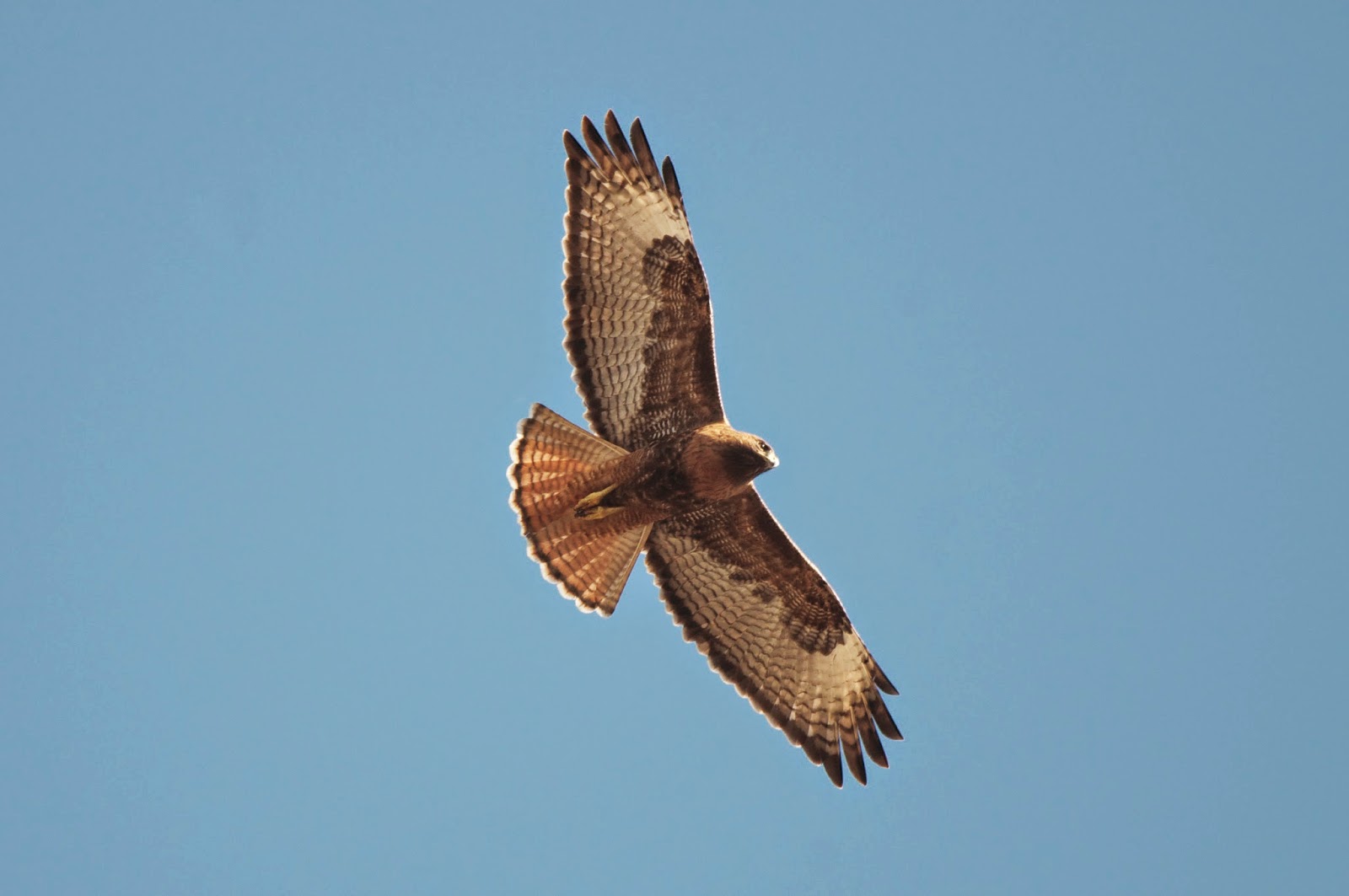 I visited Staten Island in San Joaquin County yesterday morning to see if the goose flock was close enough to scope.  It was, finally, after being fogged in on many of my prior visits.  Slightly unusual was a large flock of SNOW GEESE there as well; my estimate of 1300 was flagged in eBird.  Here's a fraction of the flock: 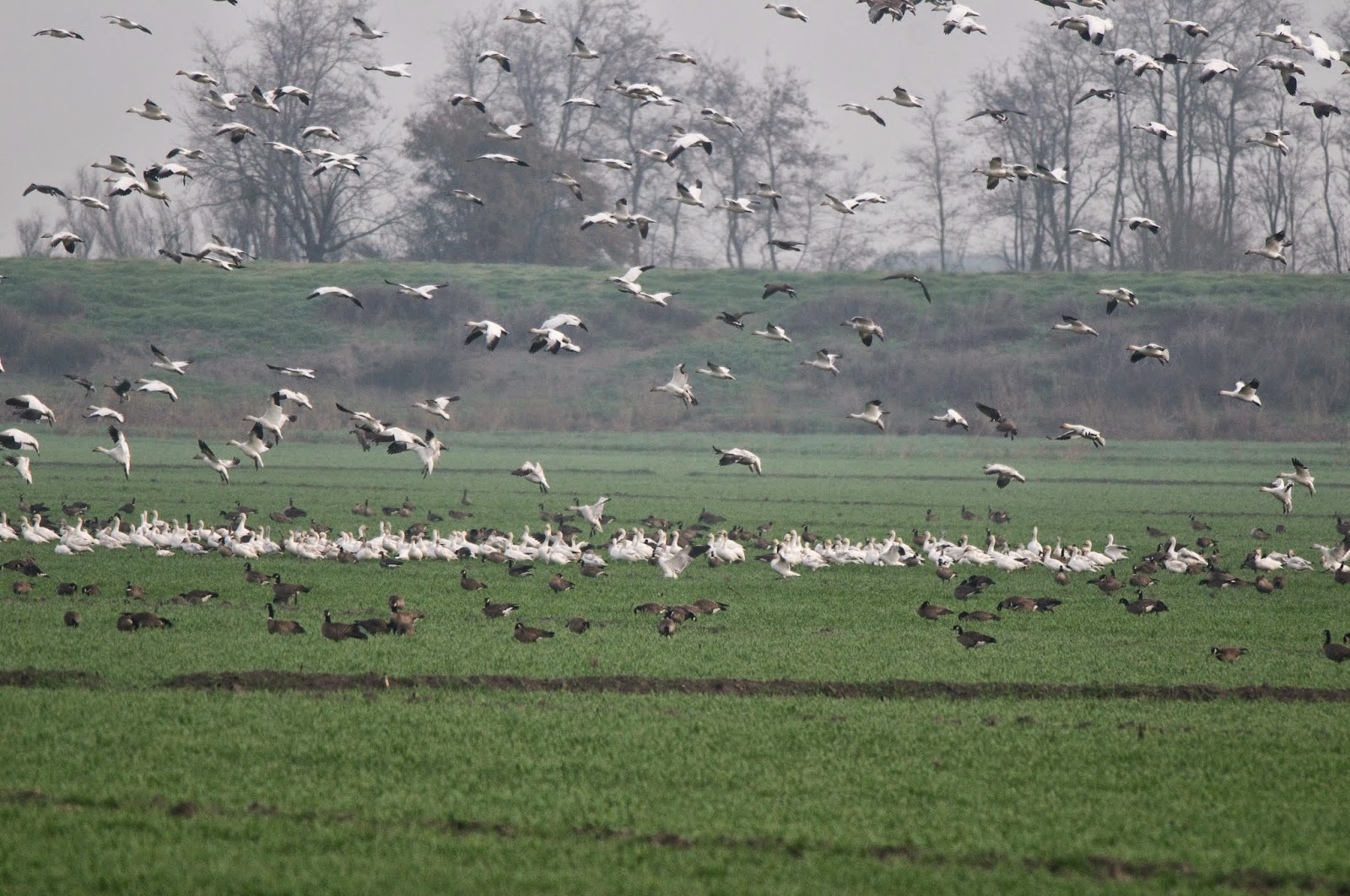 I enjoy scoping the flock of "ALEUTIAN" CACKLING GEESE looking for banded birds.  Because the fog lifted and the birds were close, it was a successful outing; I ended with 27 different collars.  As always, I submitted those to the Bird Banding Lab so they can have that resighting data on record.  Let's take a quick look at one of the birds I saw; 34P: 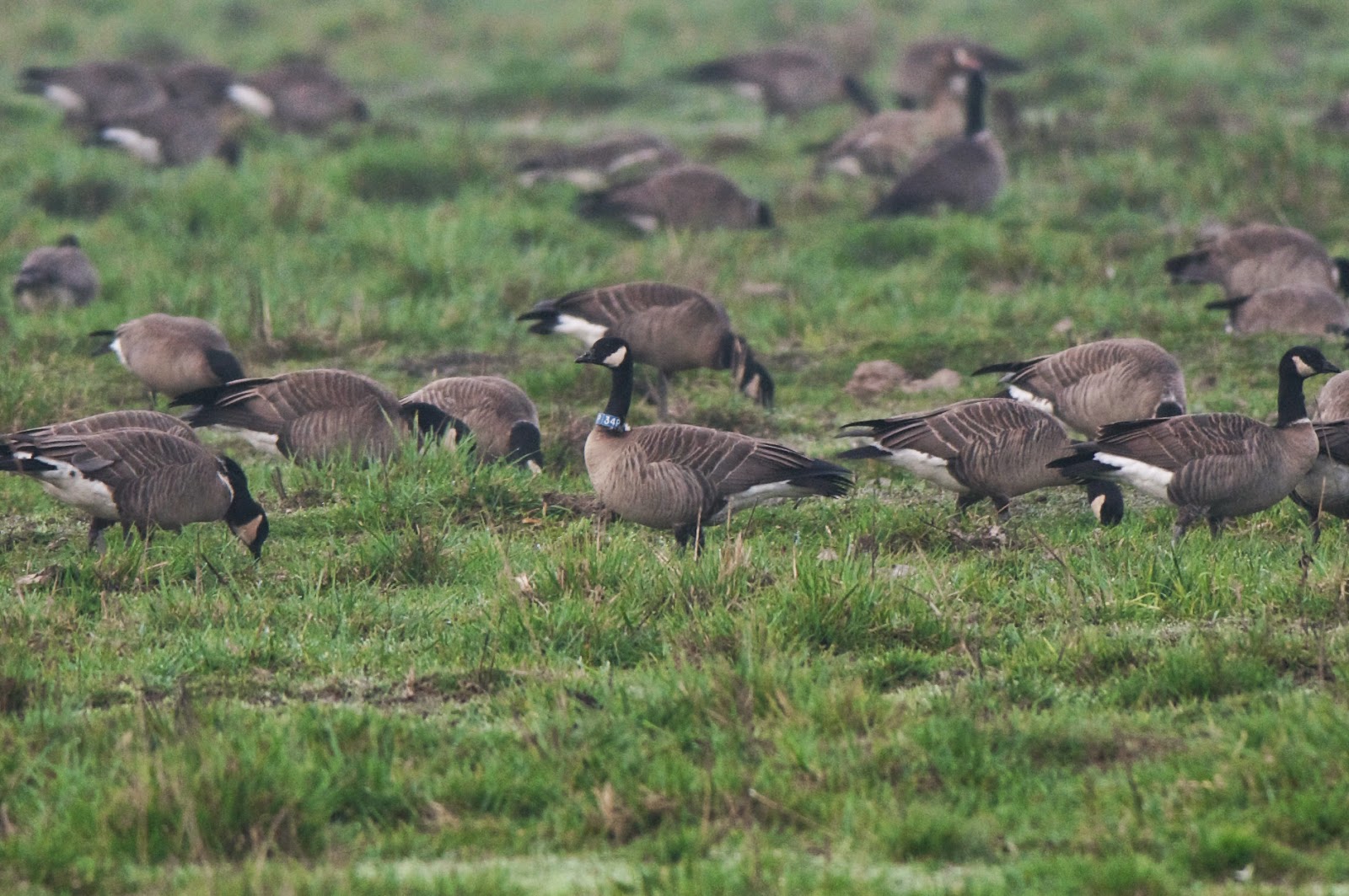 I just heard back from the BBL (less than a 24 hour turnaround!) and the certificate they attached shows that this bird is decently old, at least 12 years: 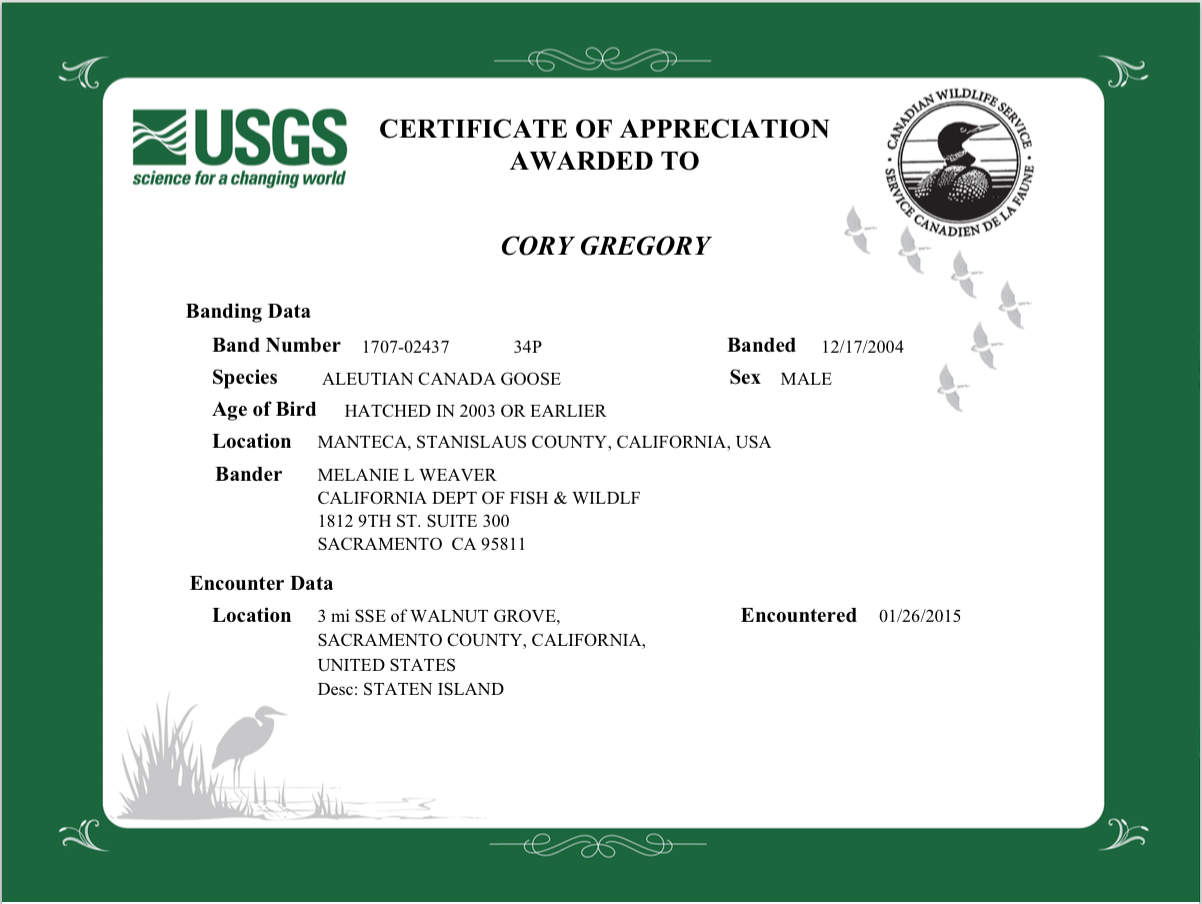 This is considerably older than most of the CACG I resight there so I consider myself lucky to have gotten something a little interesting.  Additionally, several other geese I saw yesterday morning were banded only 2-3 months ago.  And yes, some of those geese are not even a full year old yet.
Posted by Cory J. Gregory at 1/27/2015 10:50:00 PM