It's probably no surprise that after being away from home for 5 months, being back in California has been simply amazing.  Although, yes, I'm less likely to stumble into a bird I've never seen before, there is a lot more to enjoying life than that.

For example, I have no complaints about the temps sitting comfortably in the 70s and even low 80s.  This is October?  Ok!  We were seeing snow showers on St. Paul, now I'm around green trees with all their leaves, blooming flowers,  and yeah, palm trees.  Coming with that territory are bugs; I had gone through a bit of a butterfly withdrawal on St. Paul where there are no native species.  Back home, however, and it doesn't take long to find CABBAGE WHITES, ORANGE SULPHURS, and COMMON BUCKEYES.  Here's one of the latter: 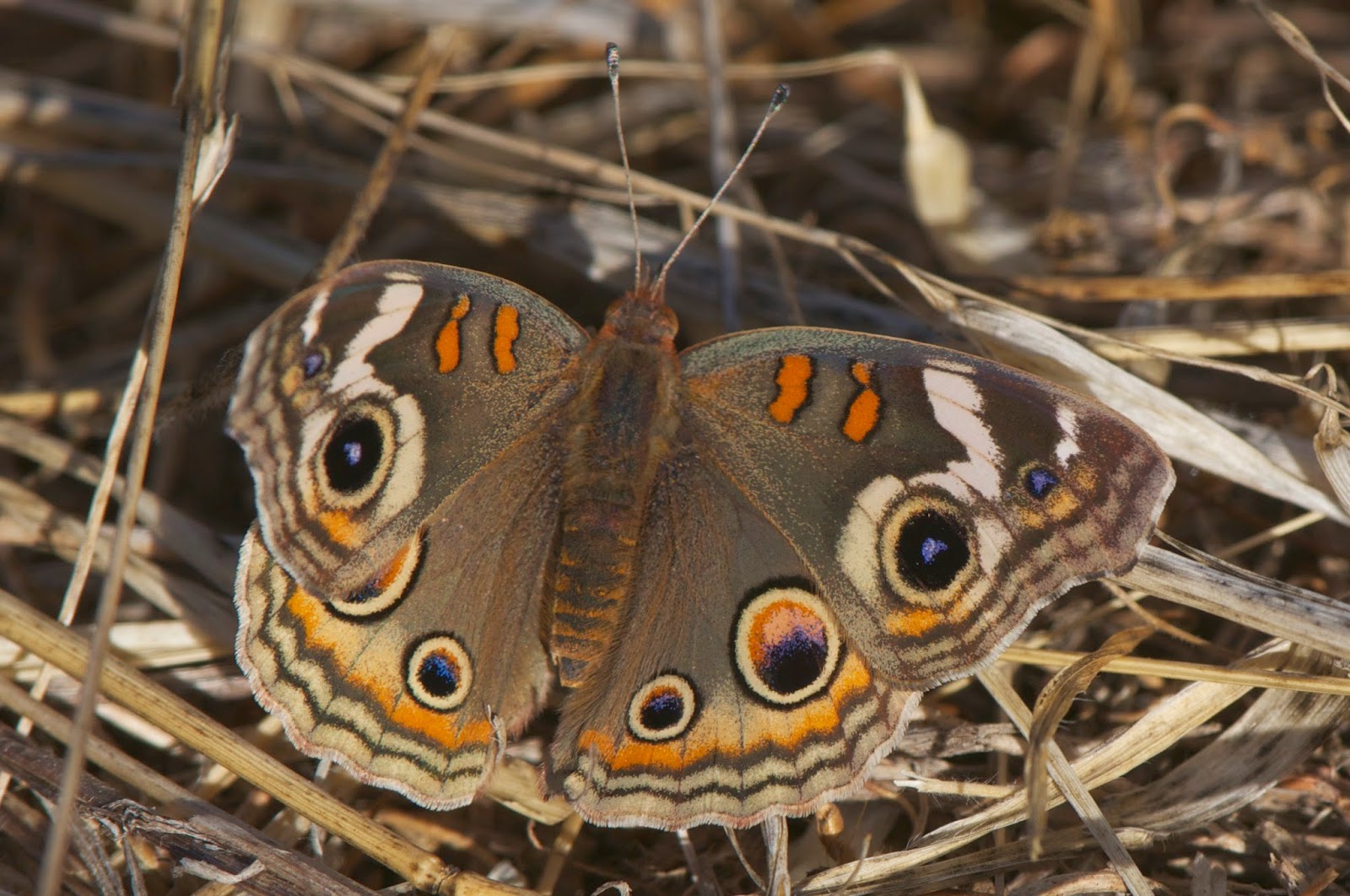 I haven't been out butterflying much but I have bumped into a few other species like this ACMON BLUE: 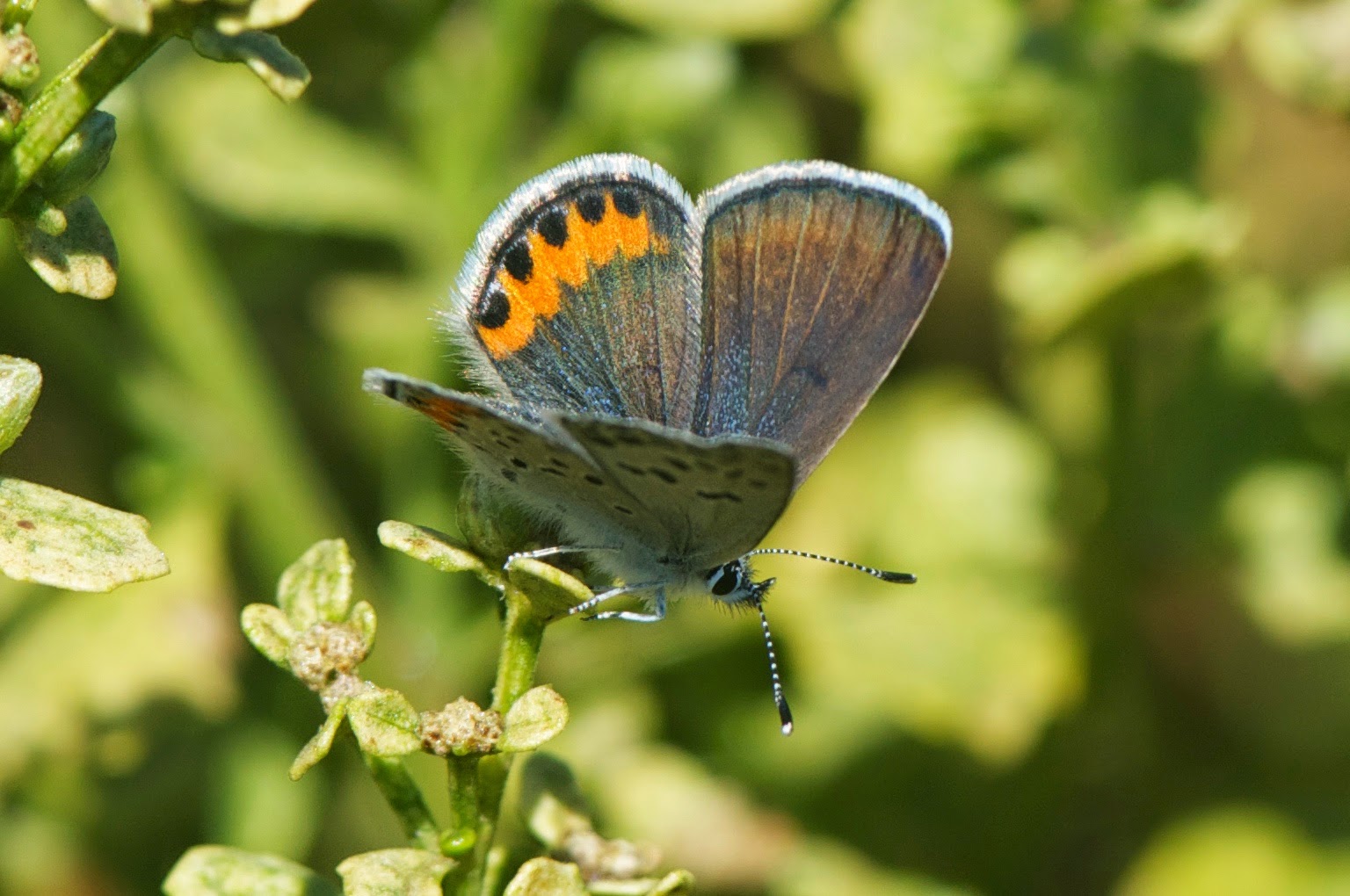 This is the first fall I've seen GULF FRITILLARIES around in the Central Valley.  Although their numbers are rather unpredictable, maybe I've just missed them in previous falls (for example, I wasn't in California much last fall).  Here's one at Don Nottoli Park: 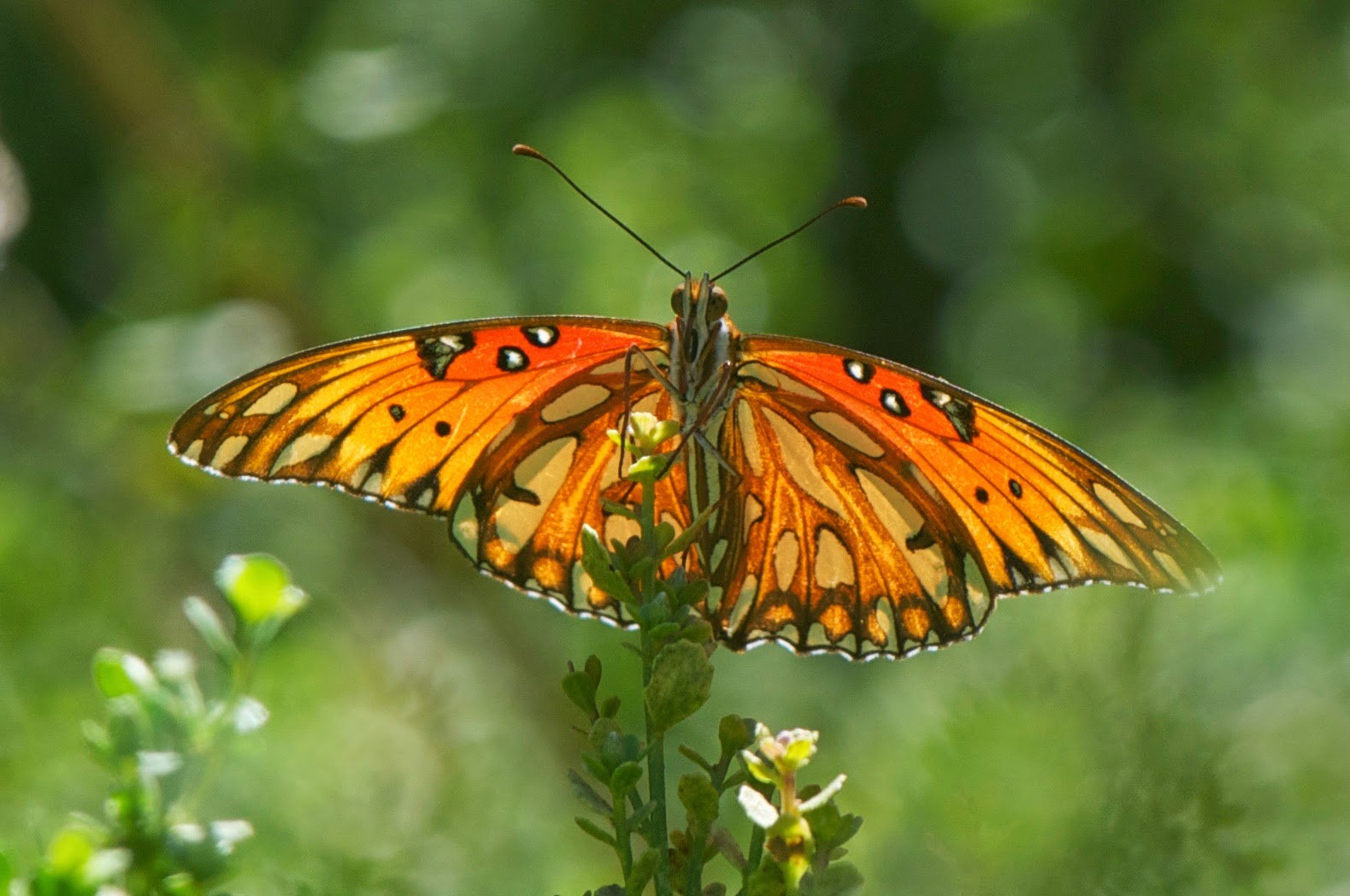 Another fun group of creatures I've had to go without for a while are dragonflies.  I found this BLUE-EYED DARNER at one of my local patches the other day: 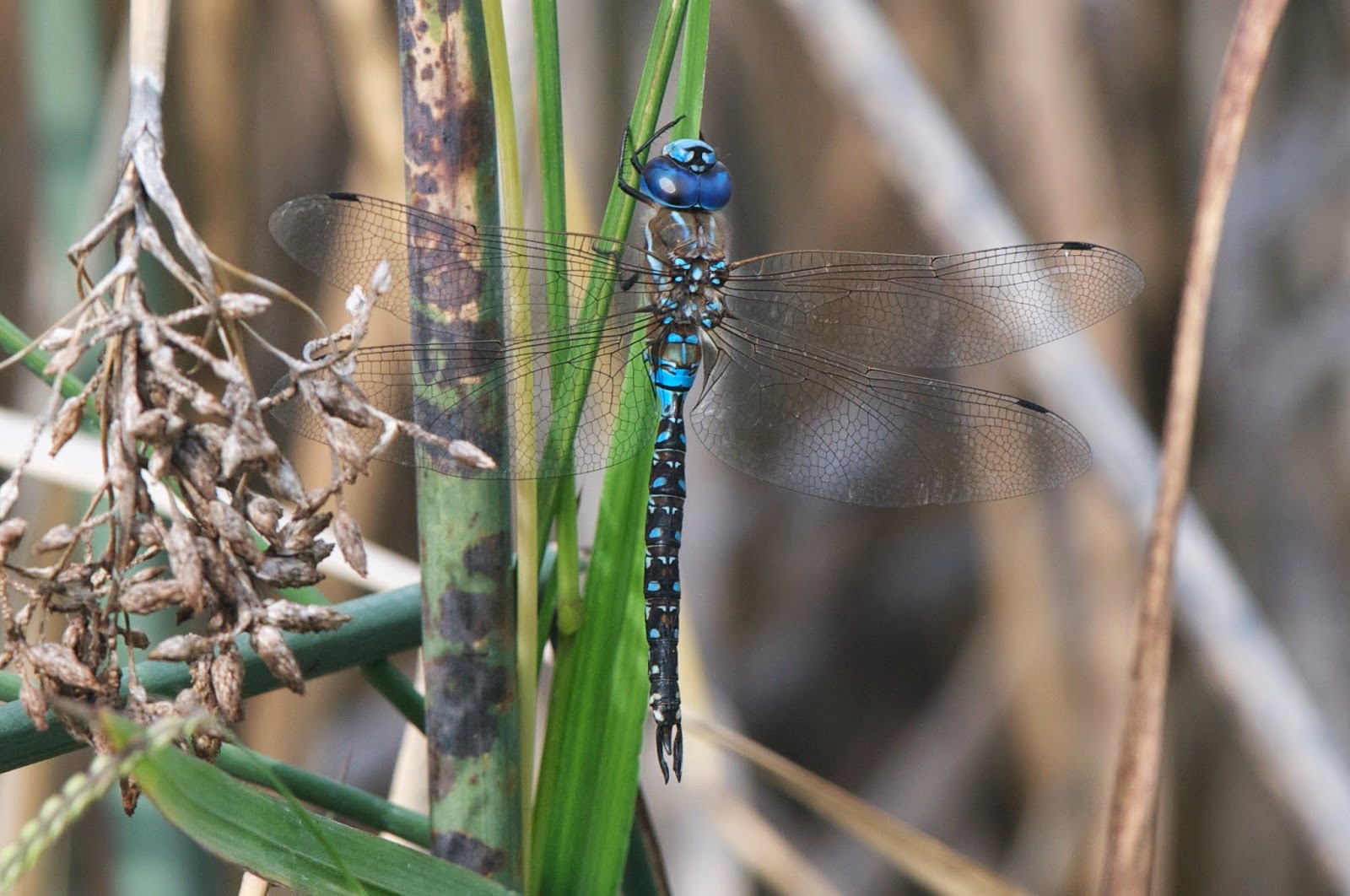 Speaking of my "local patches", or small local parks that I bird fairly regularly, it's been fun to revisit them and see what's changed in the last half year.  However, seeing BUSHTITS, and their acrobatic foraging techniques, is not an uncommon sight at all.  Here's one checking under a leaf, likely hoping for some tasty treat: 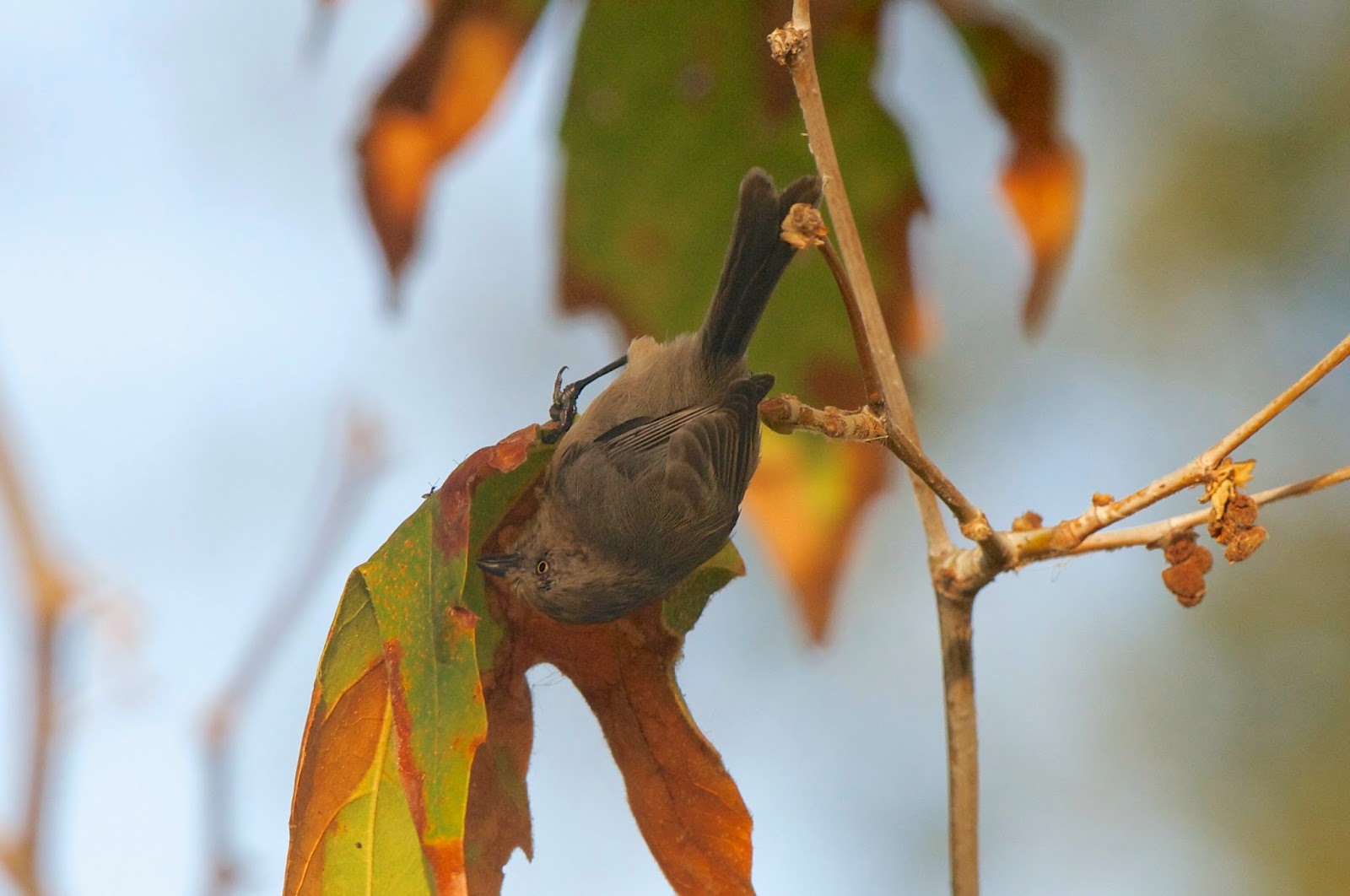 The biggest surprise awaiting me at Don Nottoli Park, a local patch of mine, was a lone PINE SISKIN.  This was a new species for the park but it comes in a fall season where many others have been seen locally.  I only managed a blurry picture as it flew off: 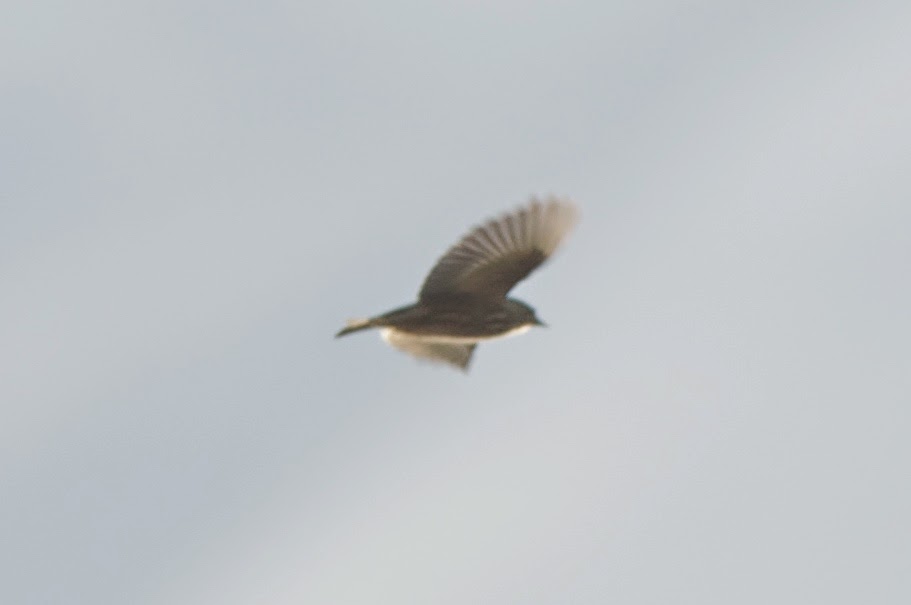 As a whole, I was really impressed with the recent visit to DONO.  Maybe for the first time ever, I reached the 50 species mark there (you can see the full list here on eBird).  I also visited Camden Park, another local patch here in Elk Grove (checklist found here).  There, I came up just short of the 50 species mark but check out this duck that was skulking around with two MALLARDS: 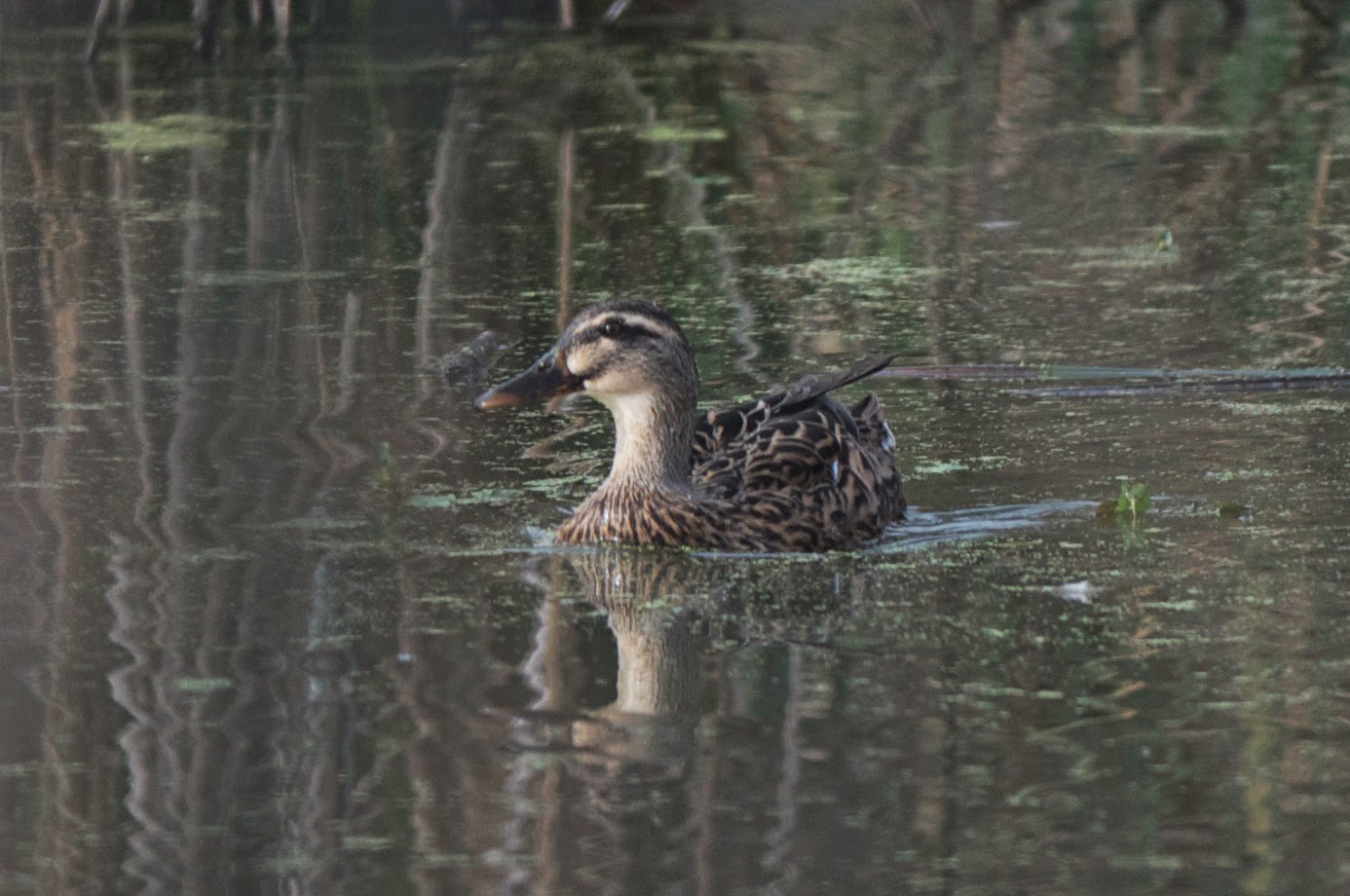 I had never seen any domestic duck here in the US that looked so similar to EASTERN SPOT-BILLED DUCK.  Of course, given how rare that species would be even in western Alaska, let alone here in the Lower 48, one might/should assume this has some domestic genes in its dark, dark past.

Even when I'm not out birding, birds here from my apartment remain interesting.  I've had about 30 species in the last couple of days including WHITE-TAILED KITE, SANDHILL CRANES, the local BLACK PHOEBES, multiple species of woodpeckers, BELTED KINGFISHER, and the omni-present/year-round ANNA'S HUMMINGBIRDS.