With only 10 days left on the island, we're keeping a close eye on the weather and are eager to see what all these east winds might push in.  Of course, we'd rather have winds out of the west but there is no sense in wishing for that when we've been stuck in this weather pattern for the last 10 days.  It is what it is.

In truth, these east winds can still help bring rarities in.  For example, Doug just called in with a MCKAY'S BUNTING out near Antone Celery.  We didn't manage to relocate it yet but we'll be trying to track it down later on today.

These strong east winds had another surprise in store; a check of Antone Lake yielded a flock of 5 RING-NECKED DUCKS, the first ever fall record of that species here.  I snapped some pictures of the distant birds, not really striving for quality: 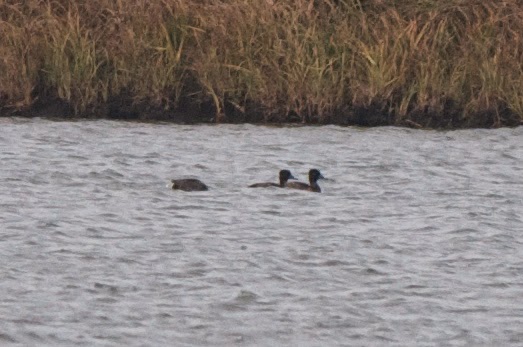 Right after we found the ducks, a surprise WHITE WAGTAIL flew overhead as well.  Continuing down the road, we were happy to find a CHIPPING SPARROW at Southwest Point (but I couldn't help but wonder what bird that might have been if we had strong west winds instead): 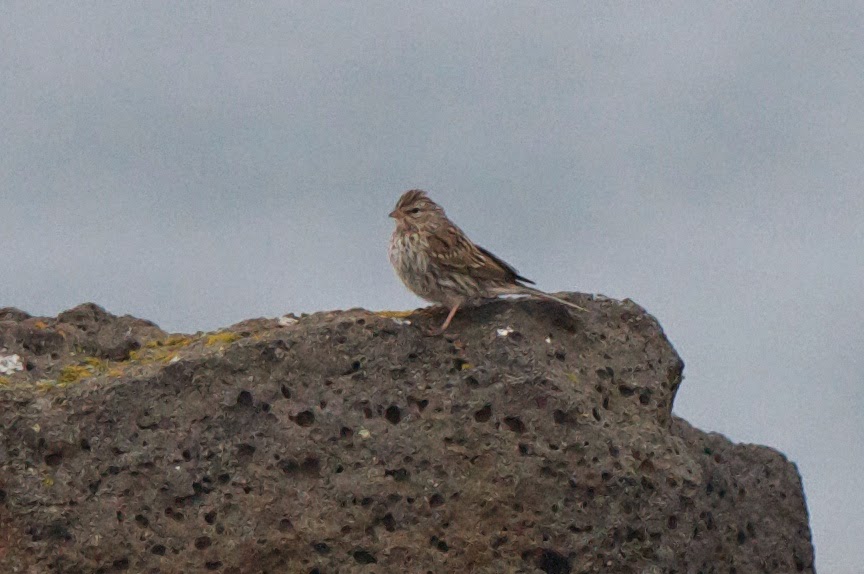 These winds may have been responsible for an additional TUNDRA SWAN that joined the long-staying six.  Here you can see the new, dark juvenile on the far right of the flock: 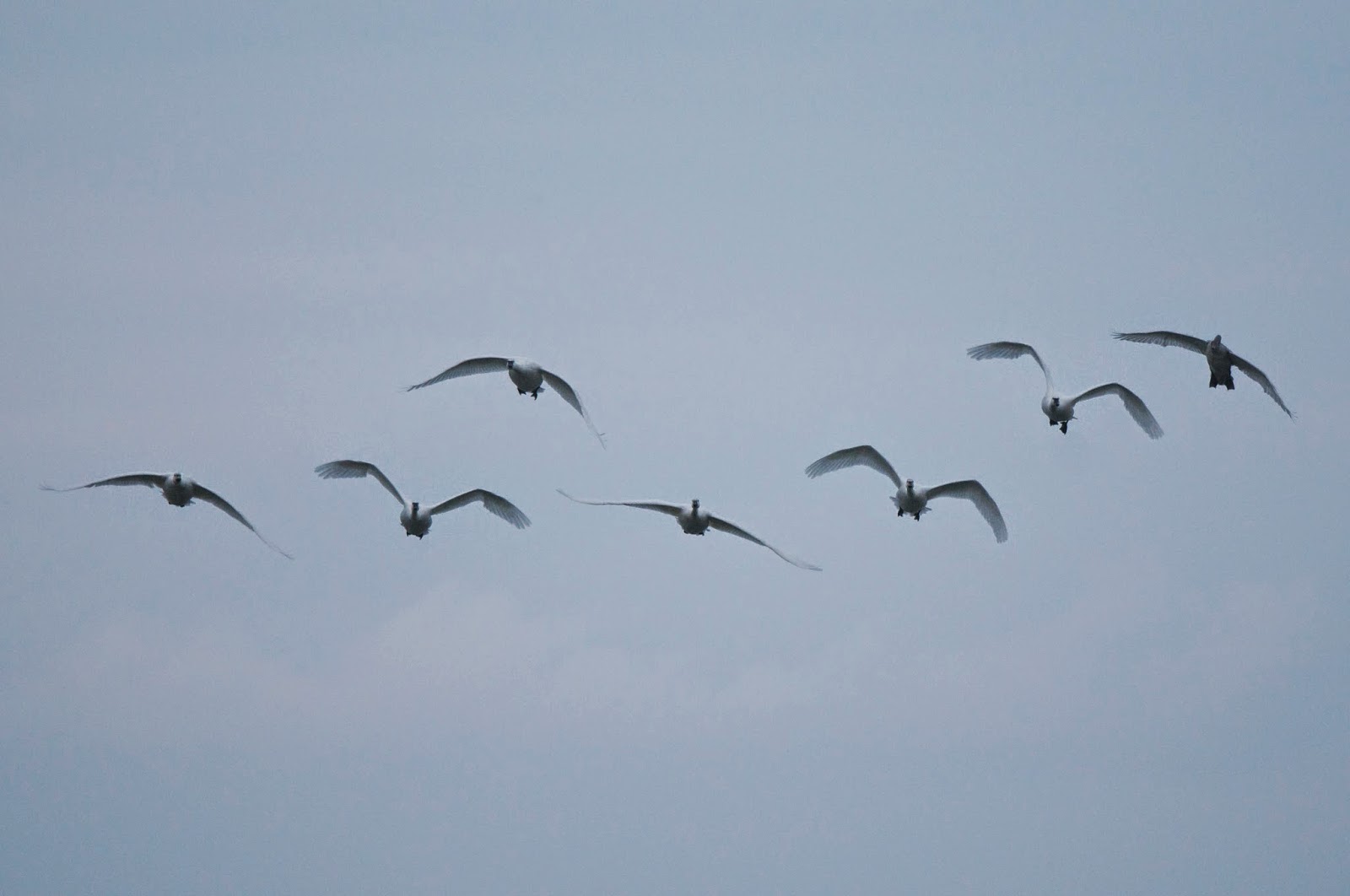 Here's a better look at the youngster; it's the top bird: 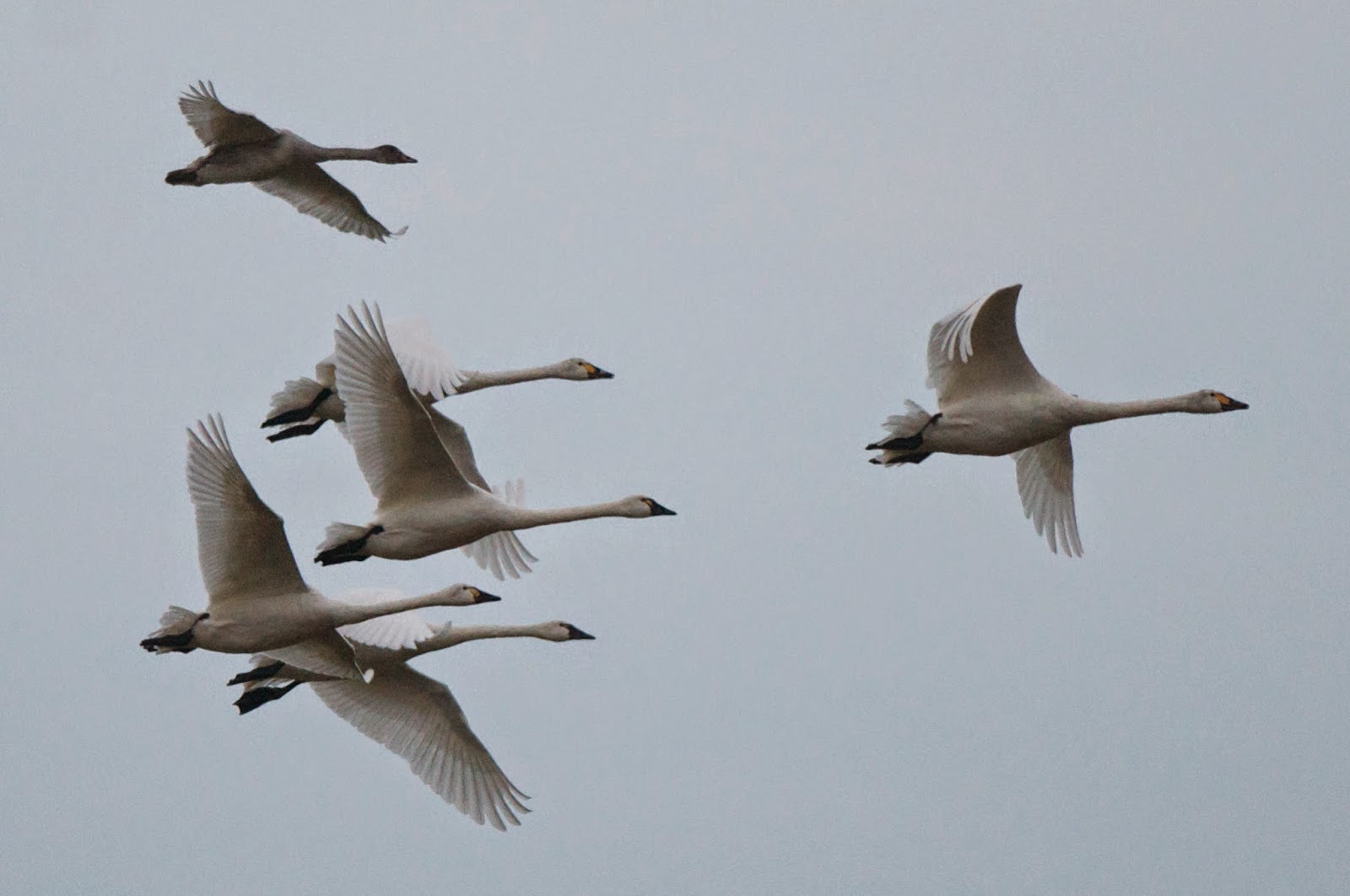 Yes, it IS a horrible picture but this documentation shot of a COMMON LOON was a new species for my photo list here this year: 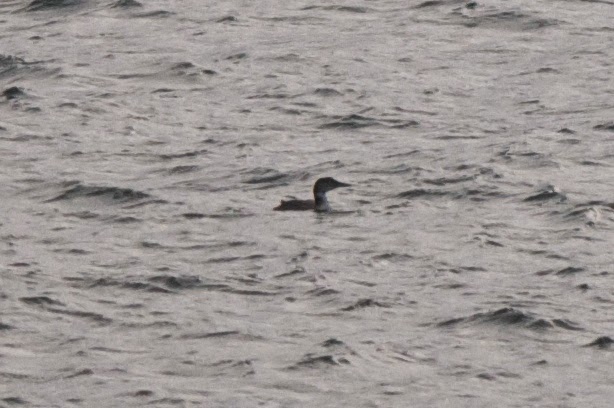 A question I've gotten a lot this year is whether or not we cover the entire island thoroughly or just a fraction of it.  The island is 42 square miles... that's a lot of land to cover, especially every nook and cranny!  No, we only scratch the surface here.  For example, I'm in my 5th month here and only recently took a look at this little, out-of-the-way wetland between Rocky Lake and the dump: 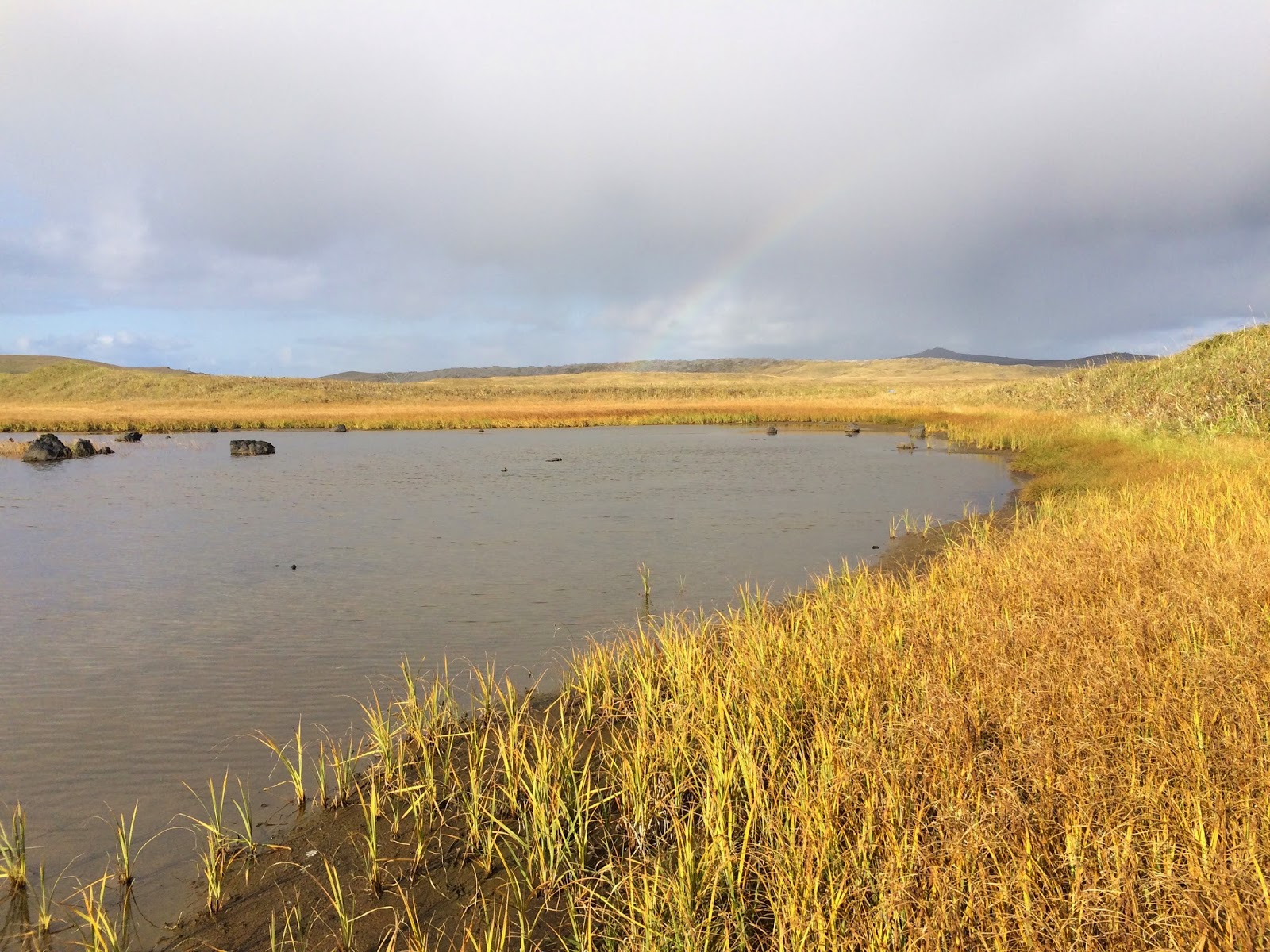 The habitat was decent for shorebirds; it's a shame I haven't been checking it more regularly.  On my first and only visit, there were 4 LONG-BILLED DOWITCHERS including this one: 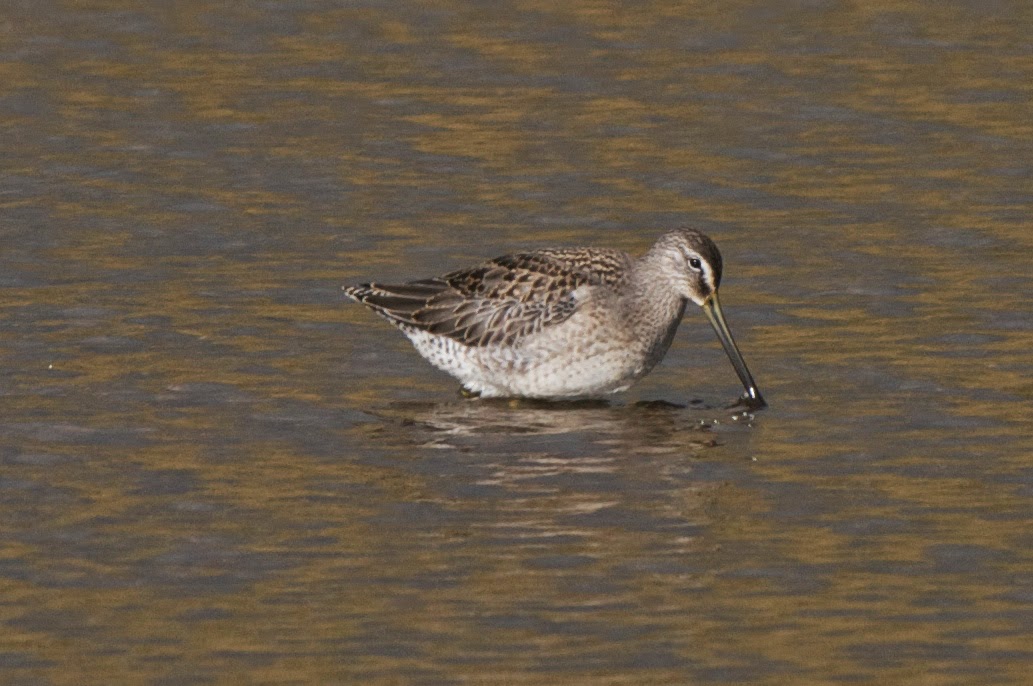 By the way, shorebird numbers continue to drop.  Most of the RUDDY TURNSTONES and ROCK SANDPIPERS have left the island; we usually see fewer than 25 turnstones and 50 sandpipers a day now.

Ok, so it's not a bird but a recent visit to Southwest Point yielded this gargantuan STELLER'S SEA LION laying out on the rocks.  I had never been so close to one out of the water before: 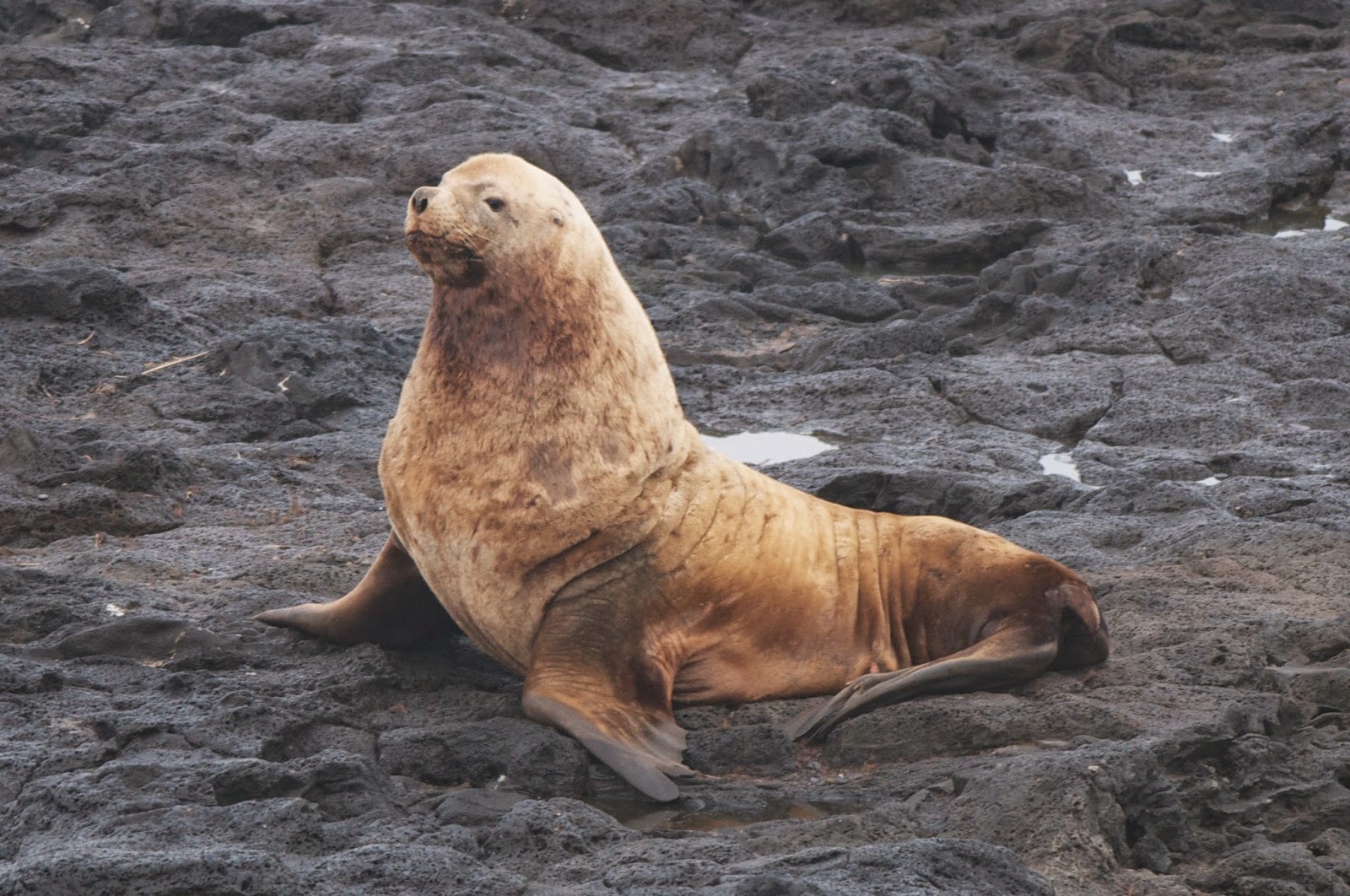 It's hard to tell how big it is without any reference points but these things are huge; they dwarf the Northern Fur Seals around here.  Among pinnipeds, they're smaller in size only to the Walrus and two species of elephant seals.  Is it me or does it look a bit grumpy? 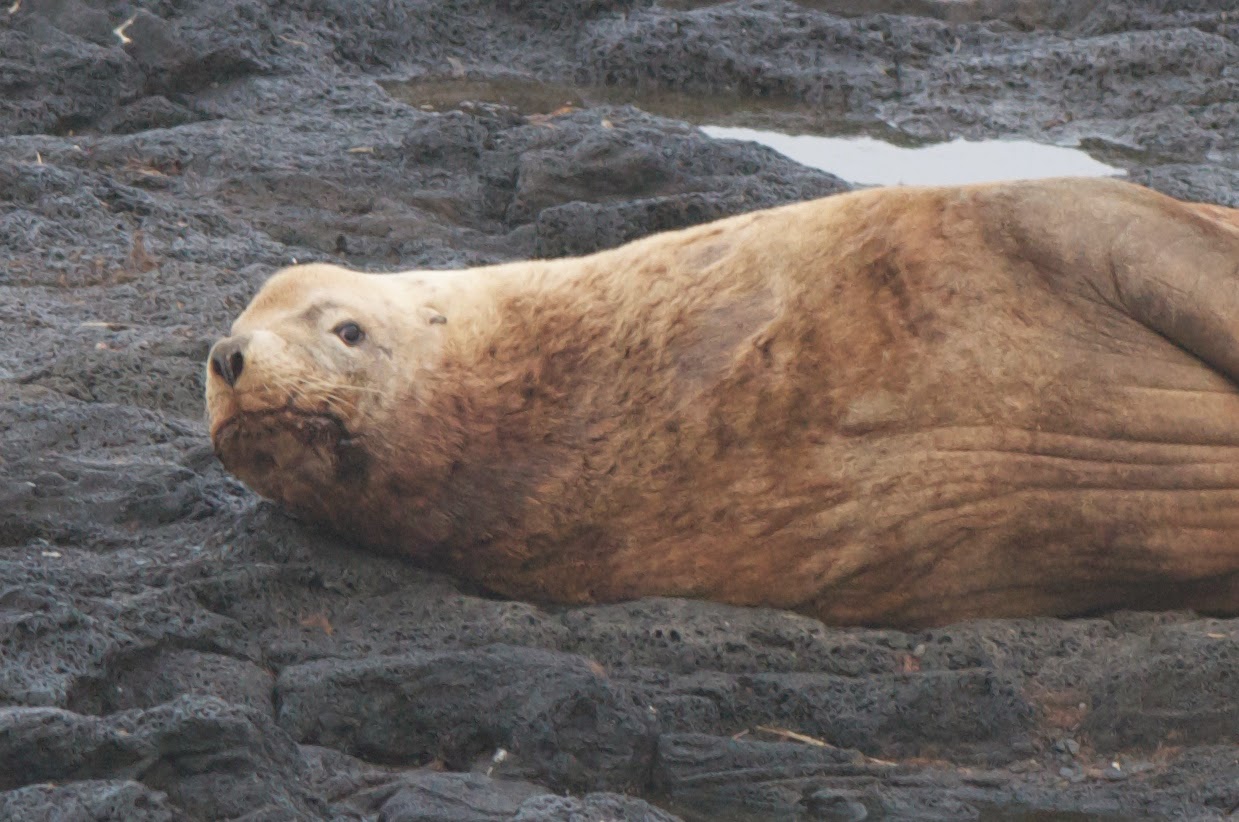