While a lot of the country is grappling with the onset of winter, things here in the Central Valley of California remain... well... rather pleasant.

I've done a fair bit of birding locally but haven't branched out to any destinations very far away quite yet.  I've seen about 125 species locally since I've returned from Alaska and hopefully it won't end there.

Here's a random assemblage of photos from the past few days.  First up is a PIED-BILLED GREBE, a common year-round resident in marshes, lakes, and slow-moving rivers: 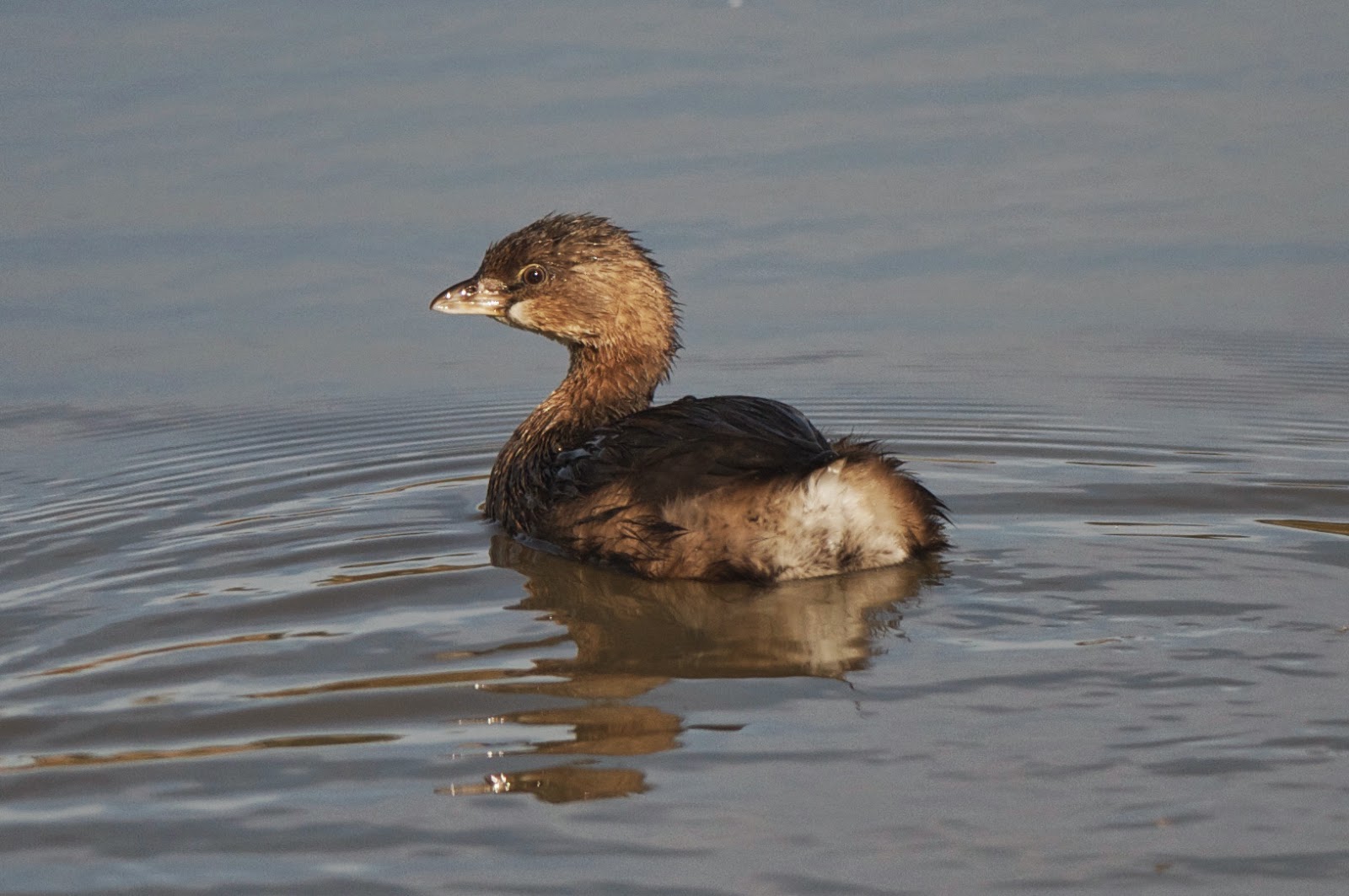 A couple of steps away from the grebe was this regally-perched flycatcher.  Of course, this is the exceedingly abundant BLACK PHOEBE: 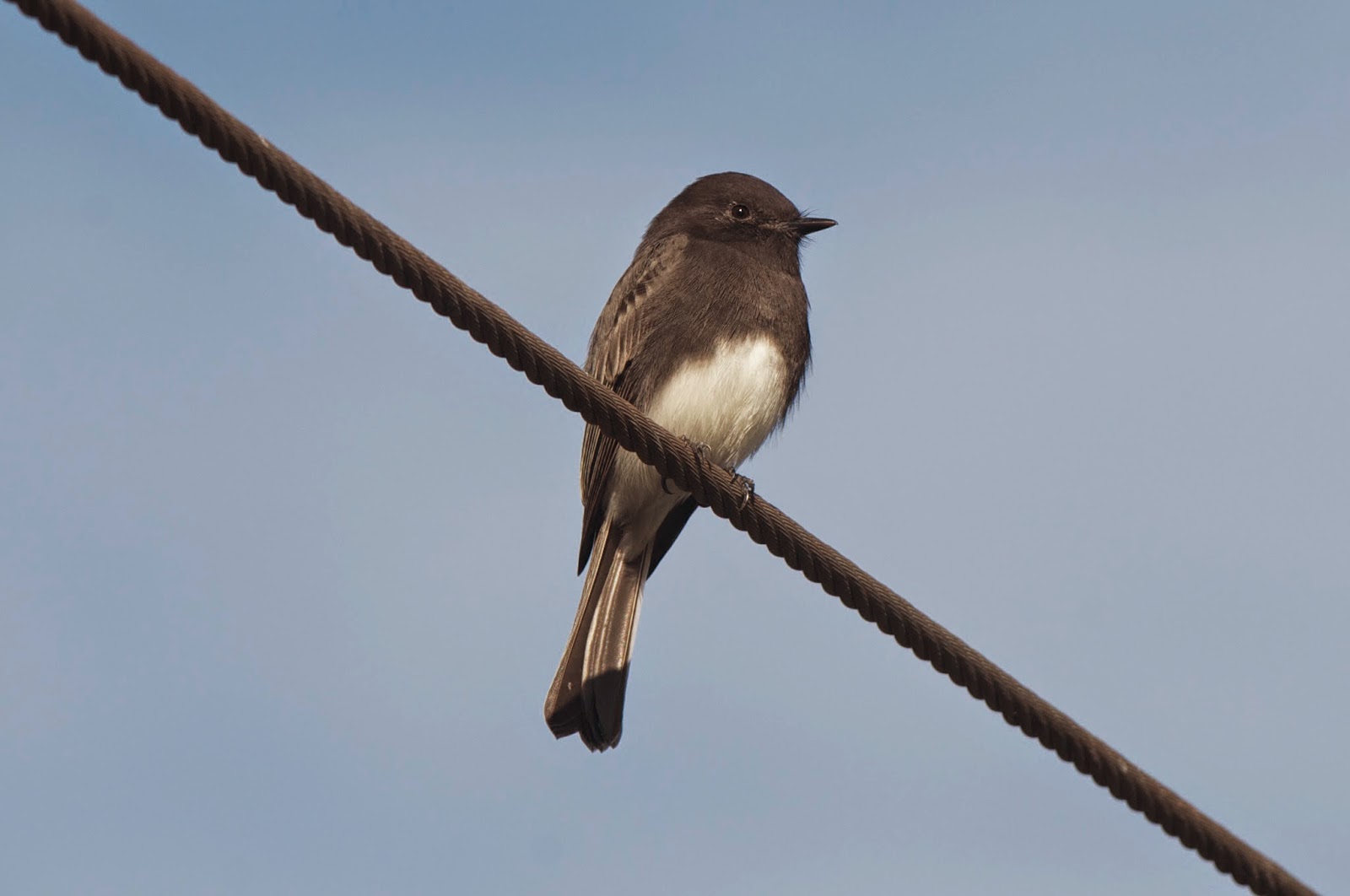 One out-of-county location I ventured to was Staten Island in San Joaquin County.  The wintering flock of "Aleutian" CACKLING GEESE is back again in the pastures.  I spent several hours carefully scoping the various flocks for geese with neck-collars; I ended up finding 27 different banded geese that day.  Here's a look at part of the flock:

I birded along Meiss Road a couple of mornings ago.  This rural dirt road cuts through a quiet and not-often-visited part of Sacramento County.  In the summer, GRASSHOPPER SPARROWS breed here... but imagine my surprise when I found one lingering this late into the season!  A good bird this late in the season, I was happy it perched contently on the fence while I snapped a few photos of it: 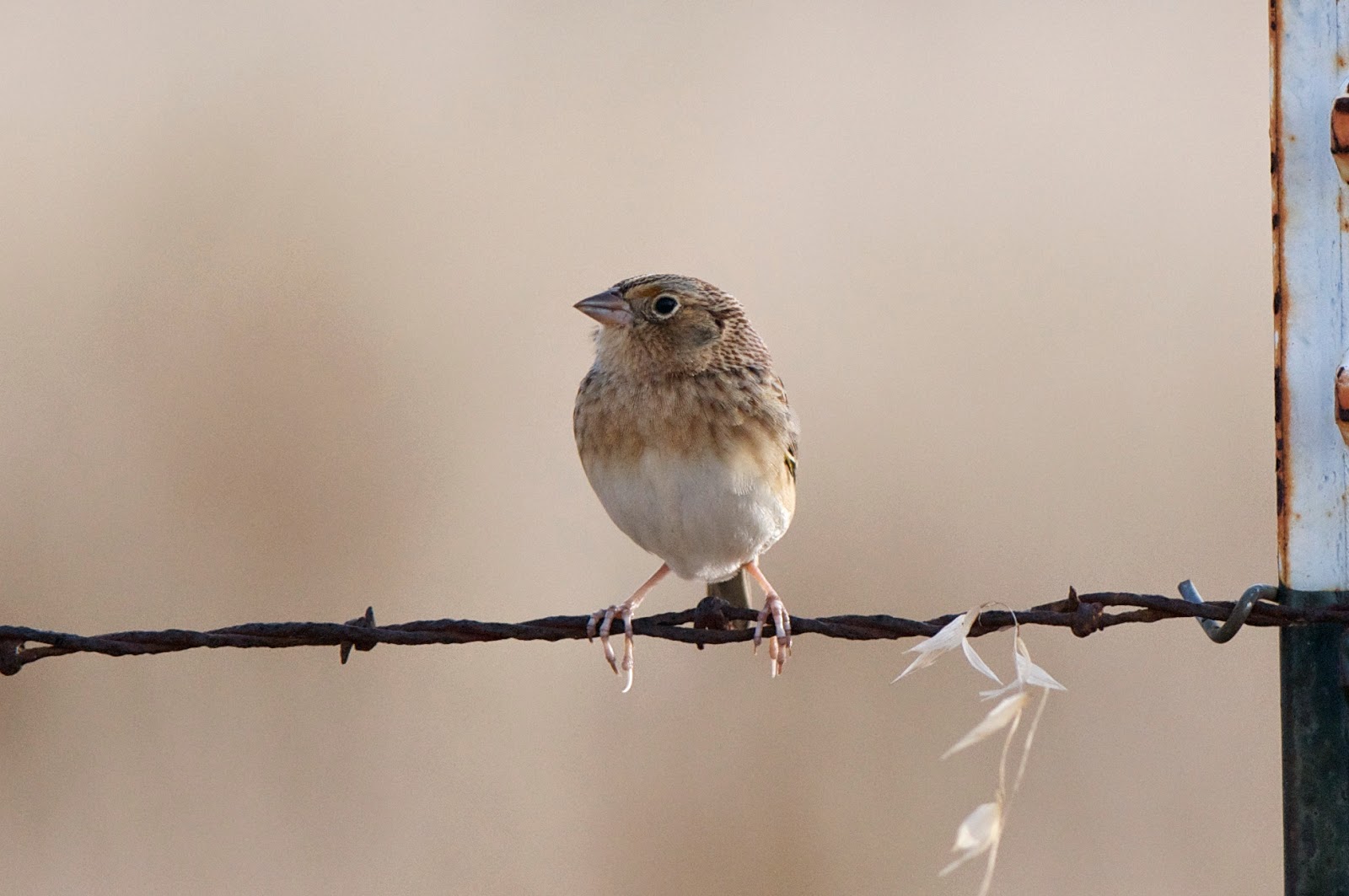 Later that day, I visited Latrobe Road which is also in eastern Sacramento County.  The numbers of LEWIS'S WOODPECKERS are quite impressive there right now; I had about 25 from one spot.  This species, which comes down into the foothills in varying numbers from year to year, is both reliable and photogenic at that location right now: 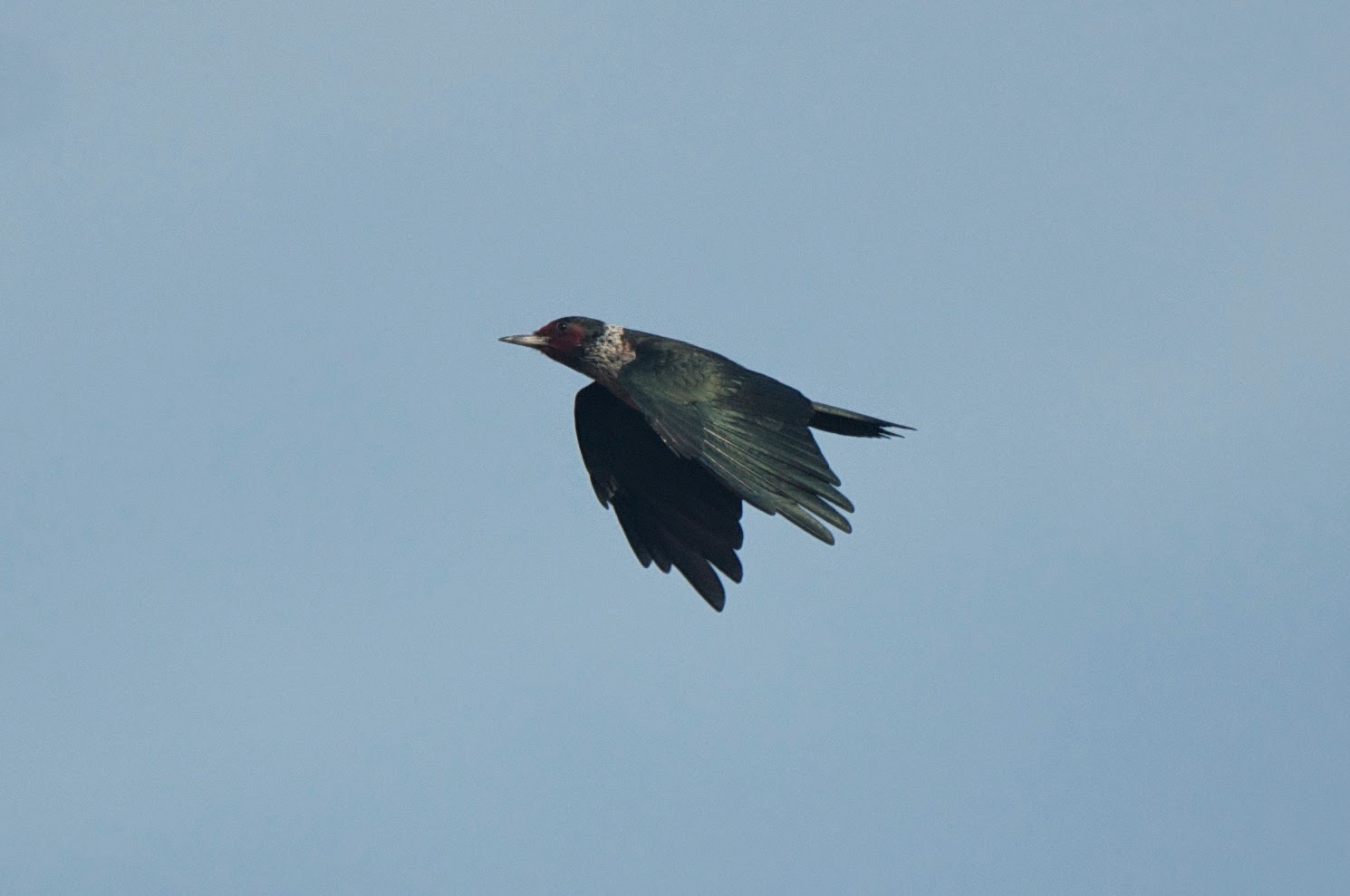 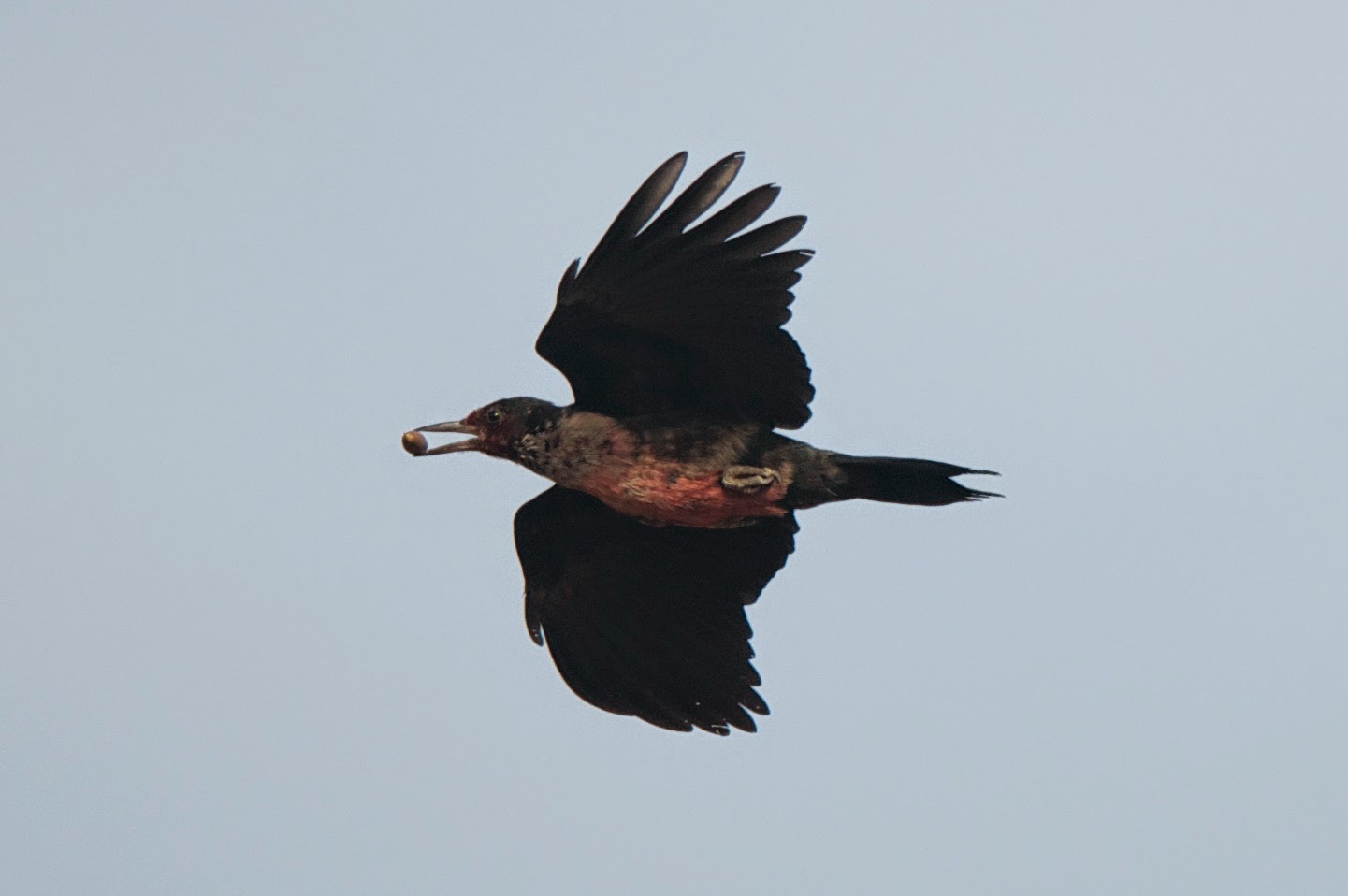 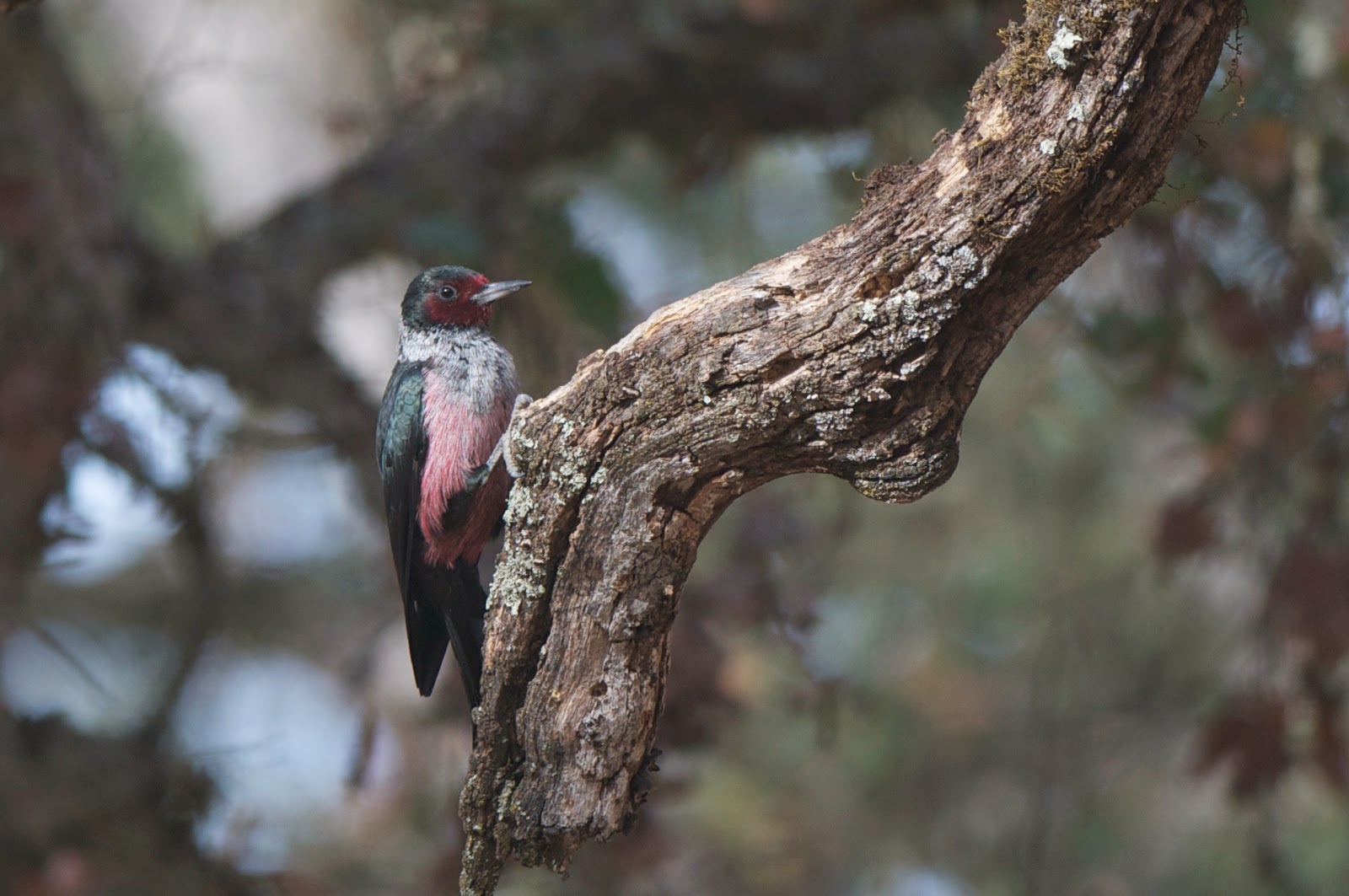 Not to be outdone, the ACORN WOODPECKERS are, of course, still common too: 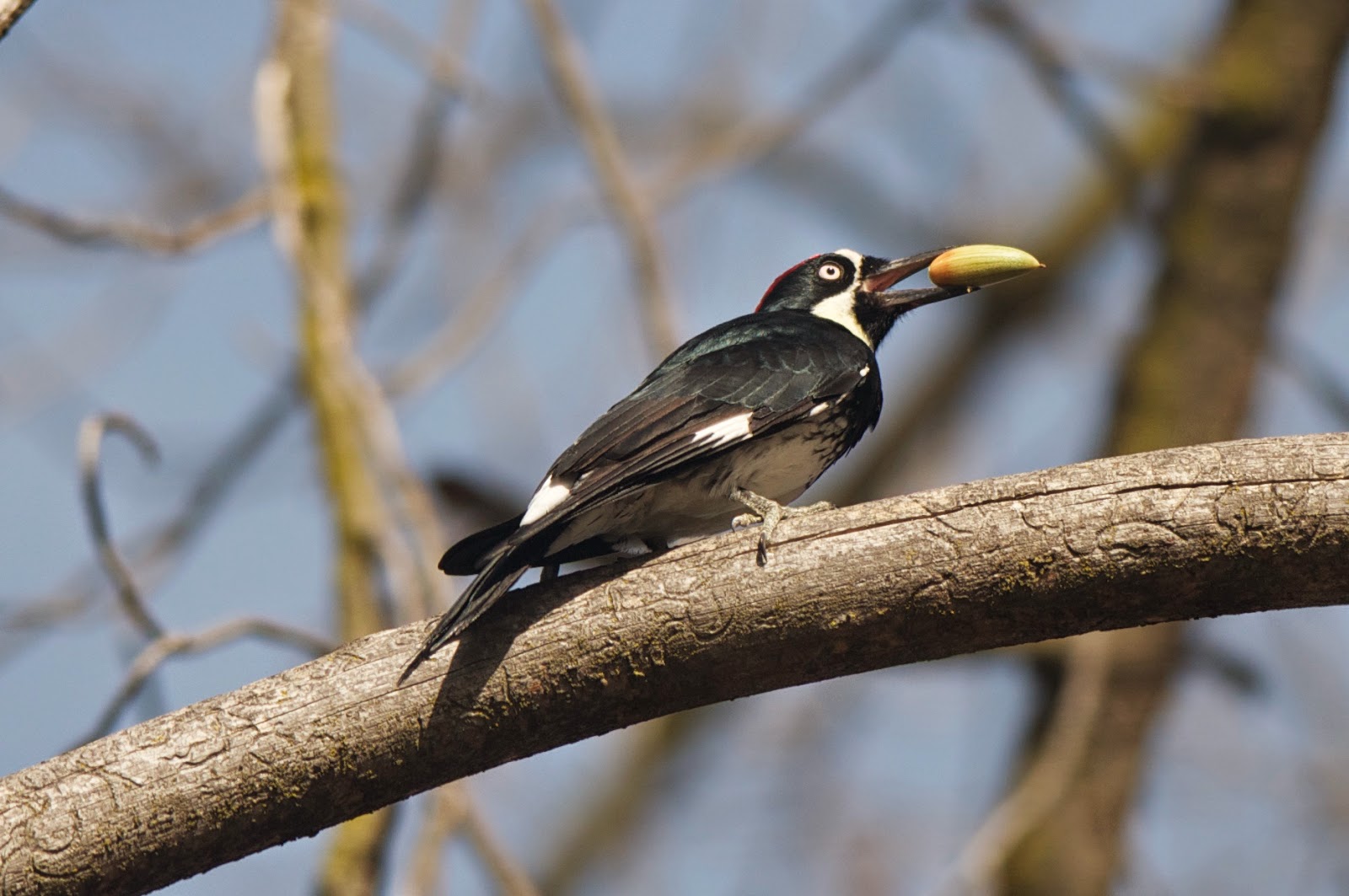 I visited the Nimbus Fish Hatchery to see if any wintering ducks had shown up on the American River yet.  They hadn't.  But I had a ROCK WREN near the fish ladder; this is the second time I've had one there this year: 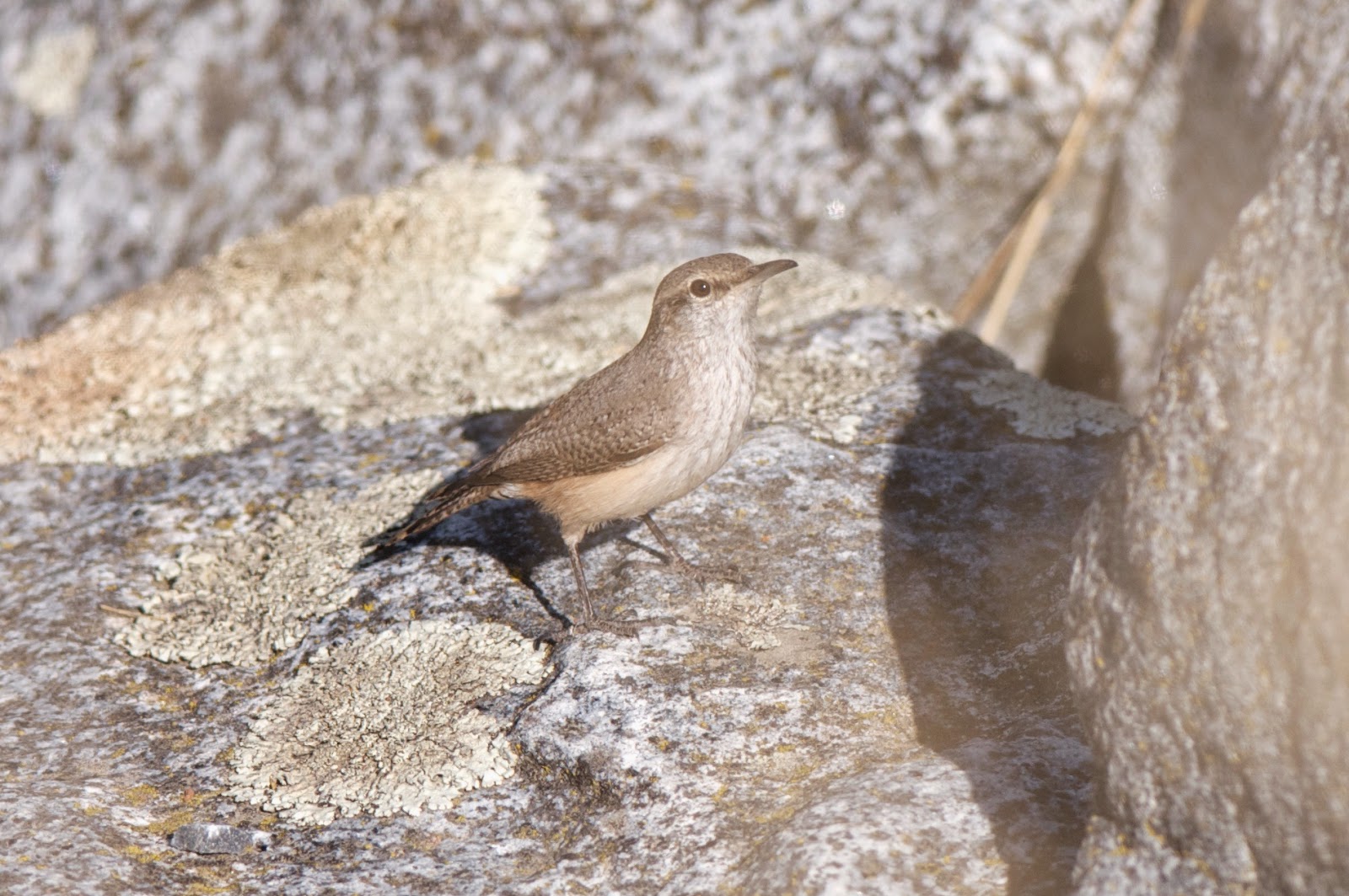 In terms of nice, sharp photos, this CEDAR WAXWING takes the cake (but I didn't take the picture; this is what happens when Ashley gets ahold of my camera): 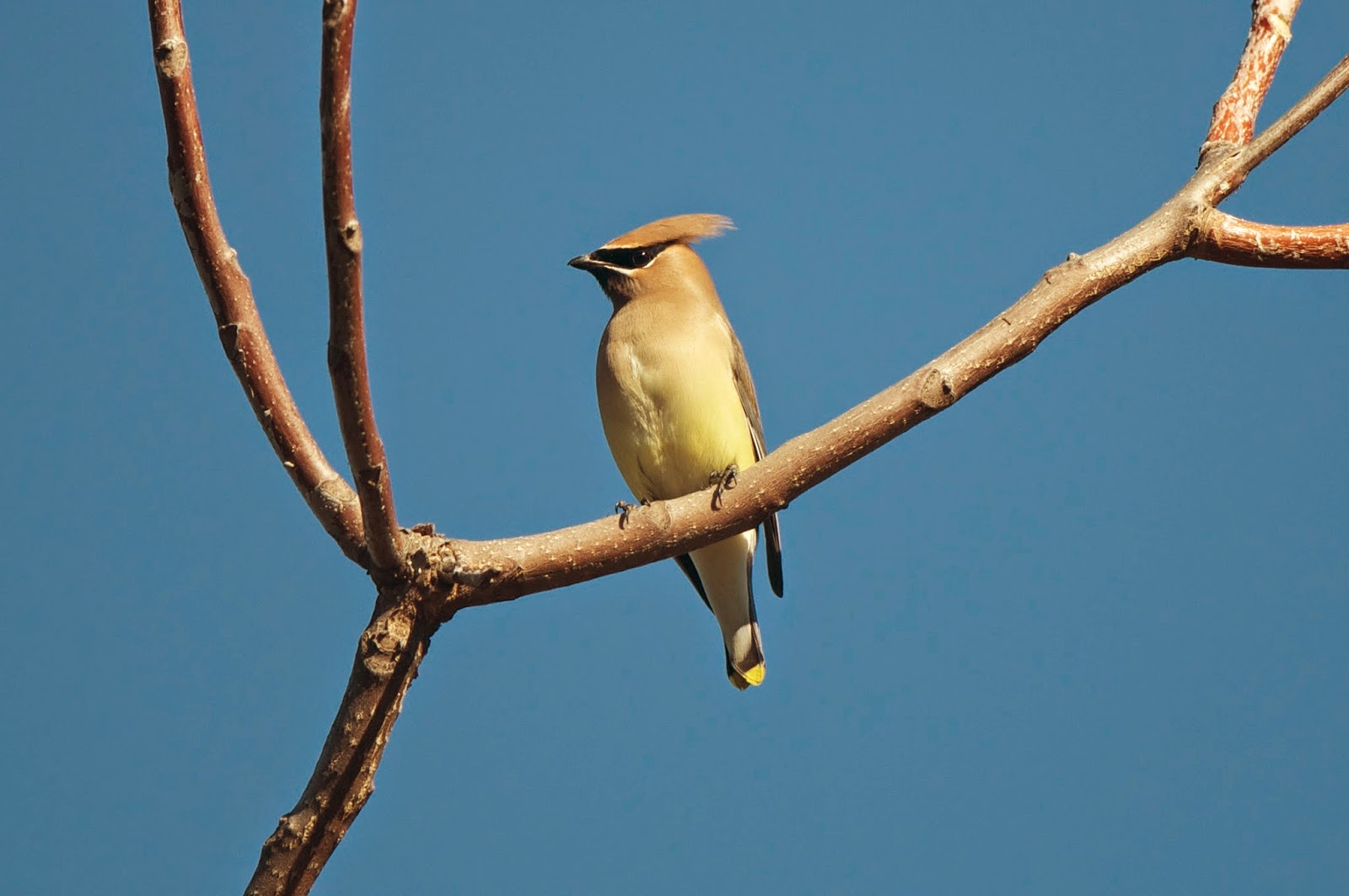 Just yesterday I spent 4-5 hours birding Cosumnes River Preserve in southern Sacramento County.  It was a very birdy morning and I ended my visit with 90 species (you can see that checklist here).  One highlight were the VARIED THRUSHES including this one that perched out in the open and sang repeatedly: 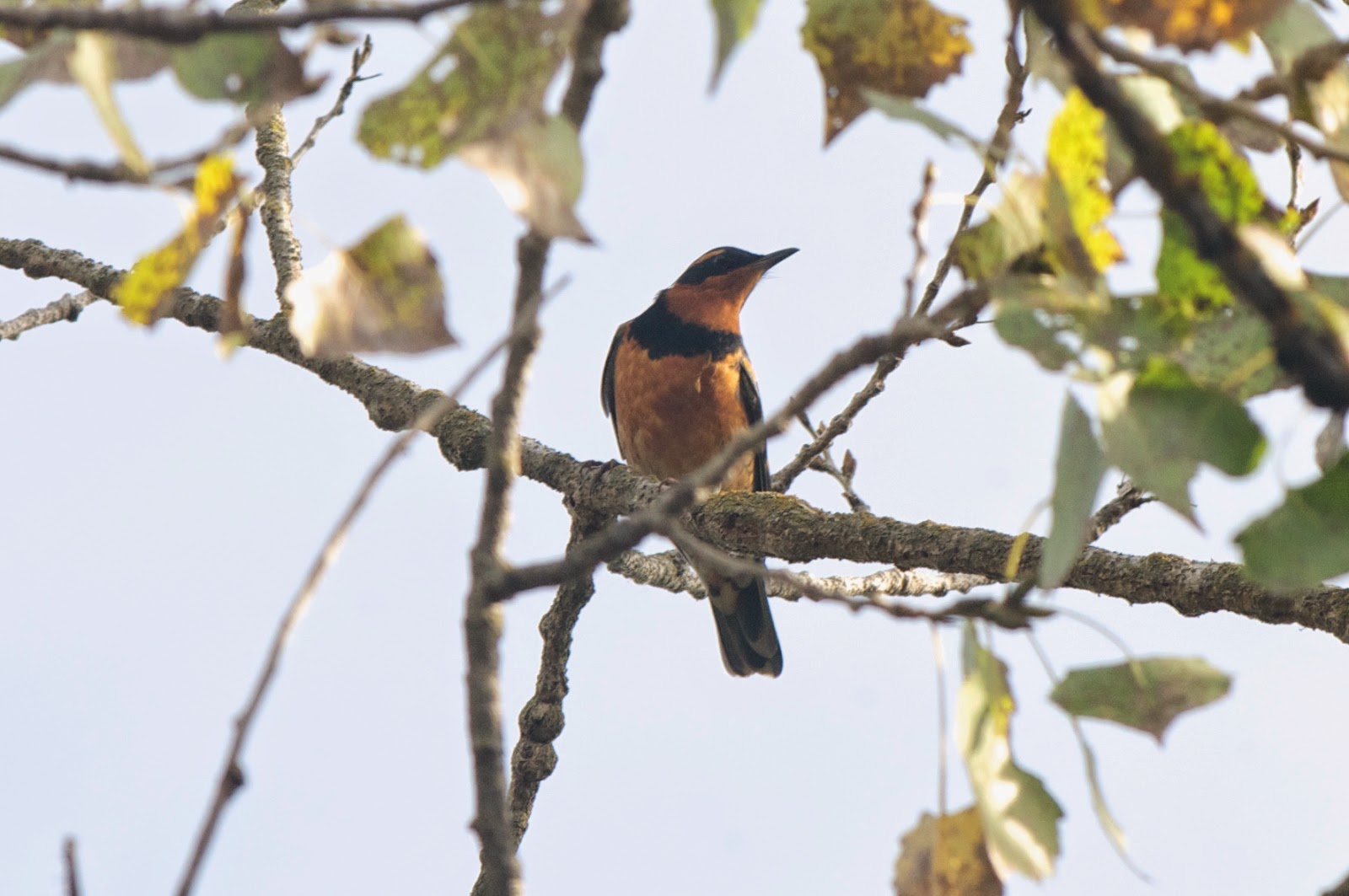 This WHITE-THROATED SPARROW, who didn't want to pose for very long, was near the visitor center (one was here last winter too): 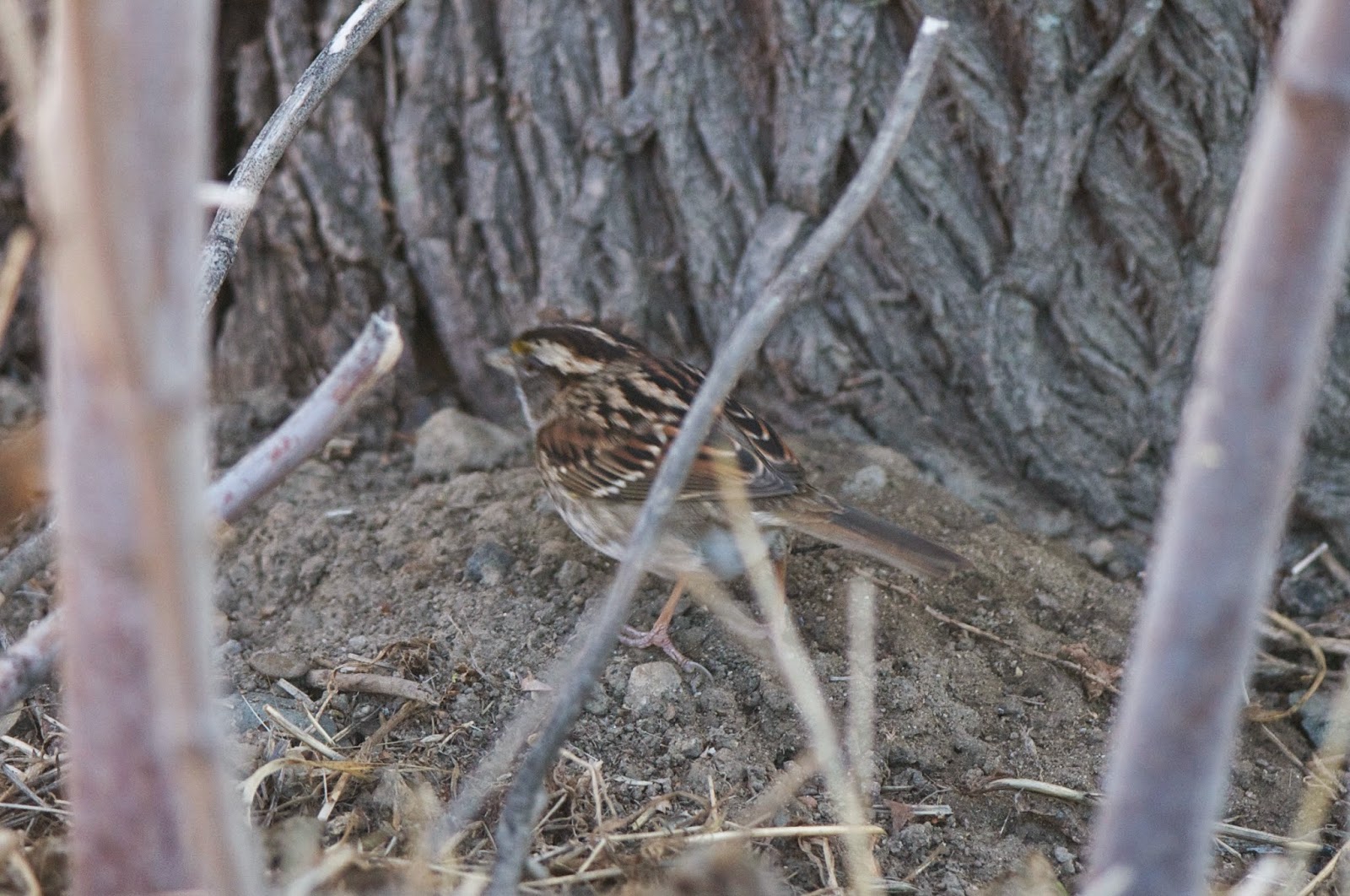 By the time I was finishing my hike, it was warming up and the insects became a lot more interesting.  This VARIEGATED MEADOWHAWK was a stunner in nice light: 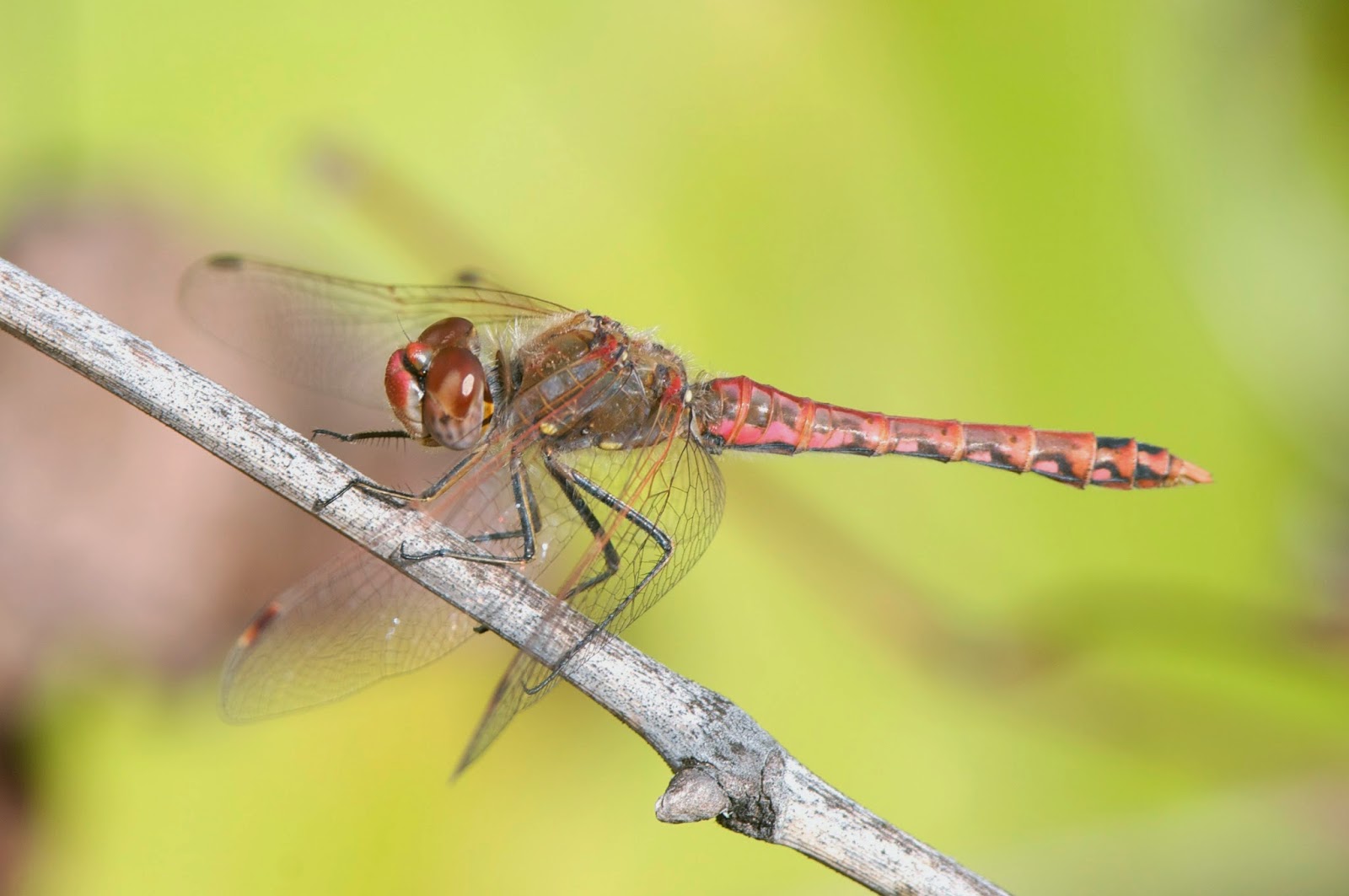 More butterflies started flying around in the warmth as well.  This butterfly is a GRAY HAIRSTREAK, the only hairstreak species I've seen on the valley floor: There was another butterfly that I hadn't seen in a long time, a EUFALA SKIPPER: 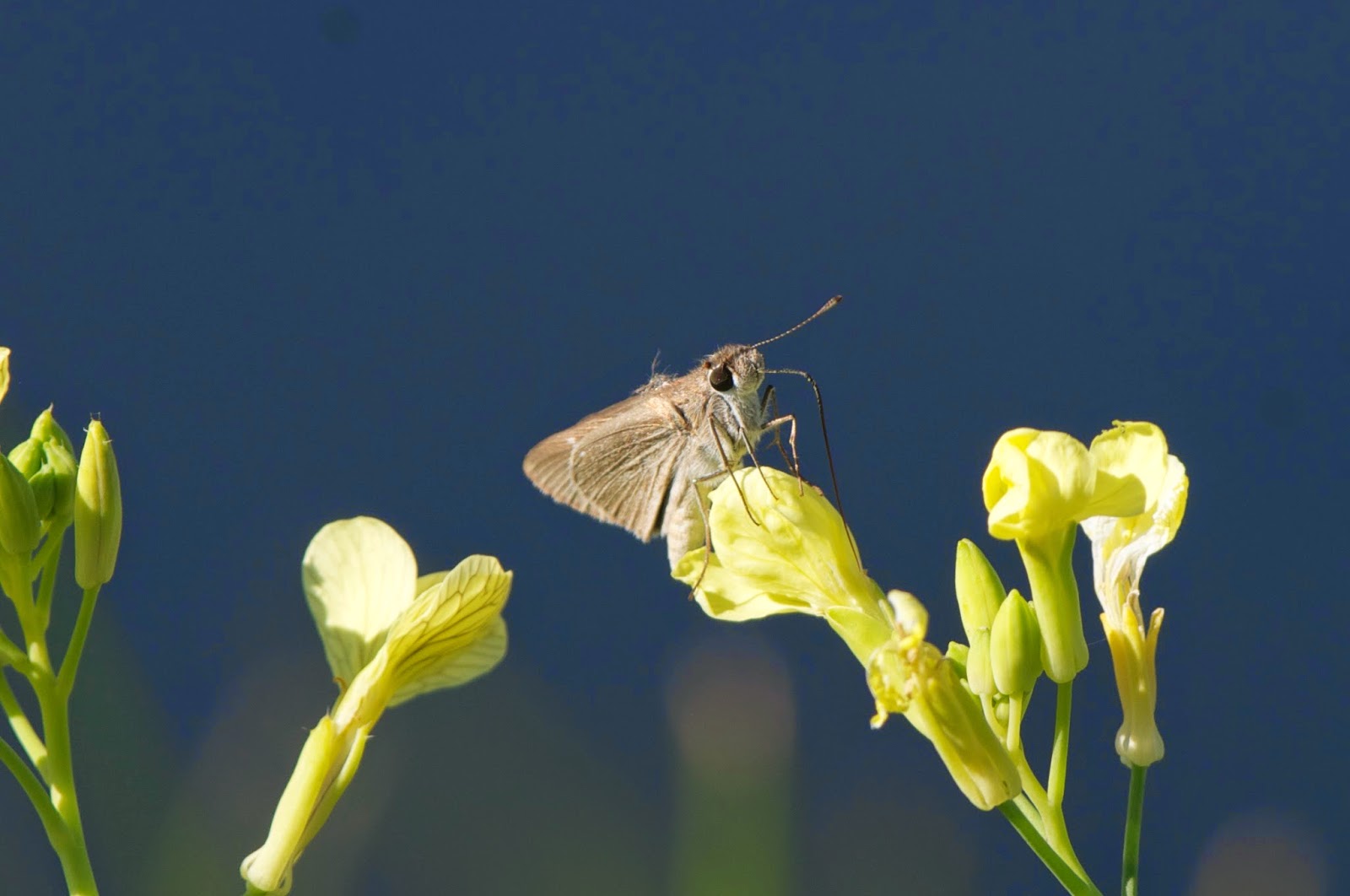