Our weather still hasn't provided us with the perfect storm for Asian rarities but we're trying to make do with what we have.

Glen had a couple of quality finds yesterday including 3 "BEWICK'S" TUNDRA SWANS.  In fact, these are the first bewickii to be seen here in 7 years.  This subspecies is the Eurasian subspecies so yes, I guess we HAVE had some Asian strays.  Anyway, here's a phone-digiscoped picture of one of them: 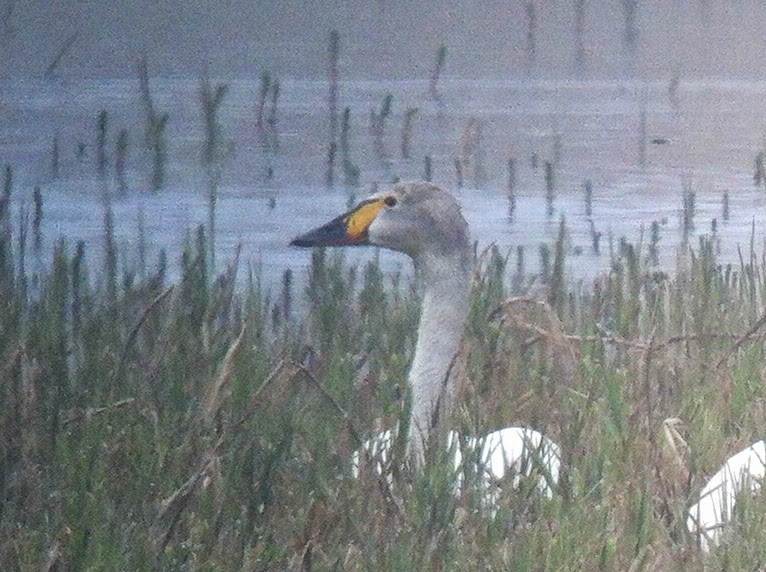 Another nice bird yesterday was a BAR-TAILED GODWIT he found near Tonki Point: 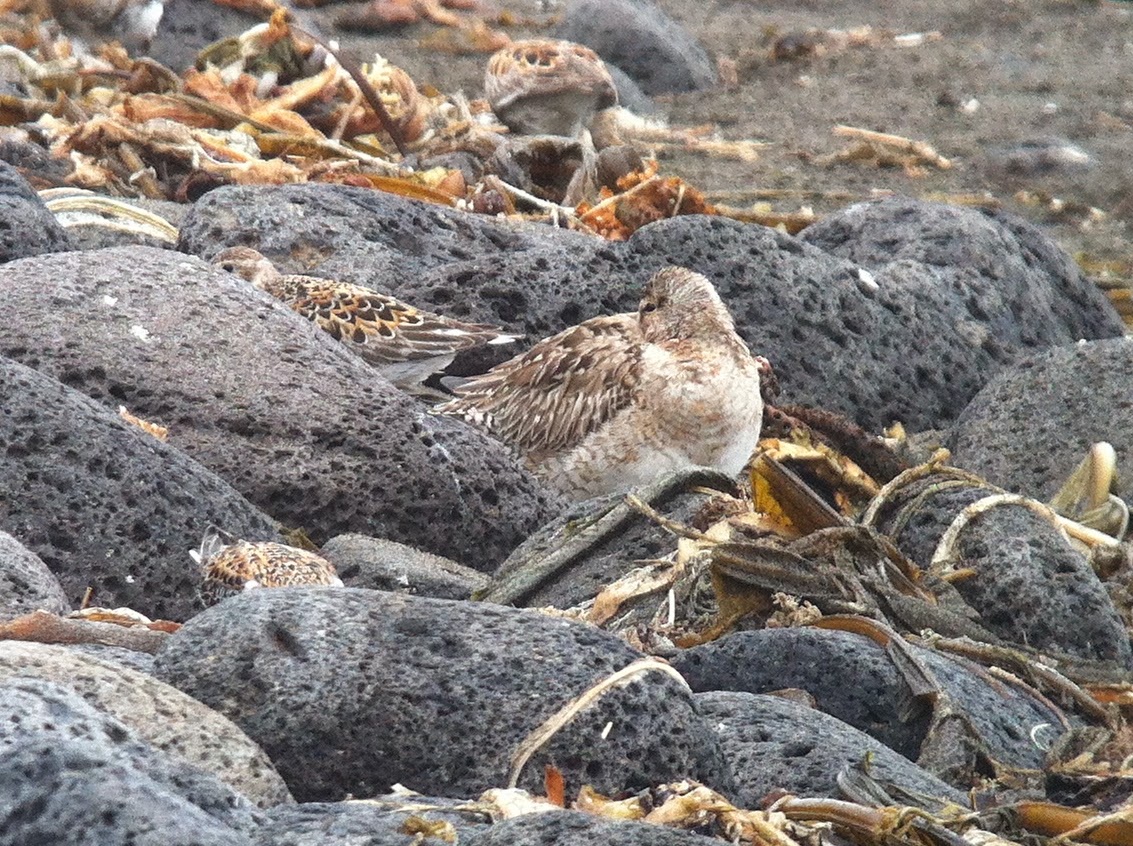 We'll likely see more of these guys but it was still fun to see something different.  Turns out, BTGO was also my 700th ABA photo bird.

We had a bit of excitement a couple of days ago when a few of us saw what appeared to be a MERLIN zip by us at Weather Bureau Lake.  However, no one got photos and given how rare they are here, we ended up just calling it a "small falcon sp".  However, a day or two later, Glen relocated it and this time got photos.  This represents the first spring record for the Pribilofs and about the 5th record overall.

The habitat at Town Marsh is slowly becoming better for shorebirds; it hosted up to 5 PECTORAL SANDPIPERS lately.  Here's one of them: 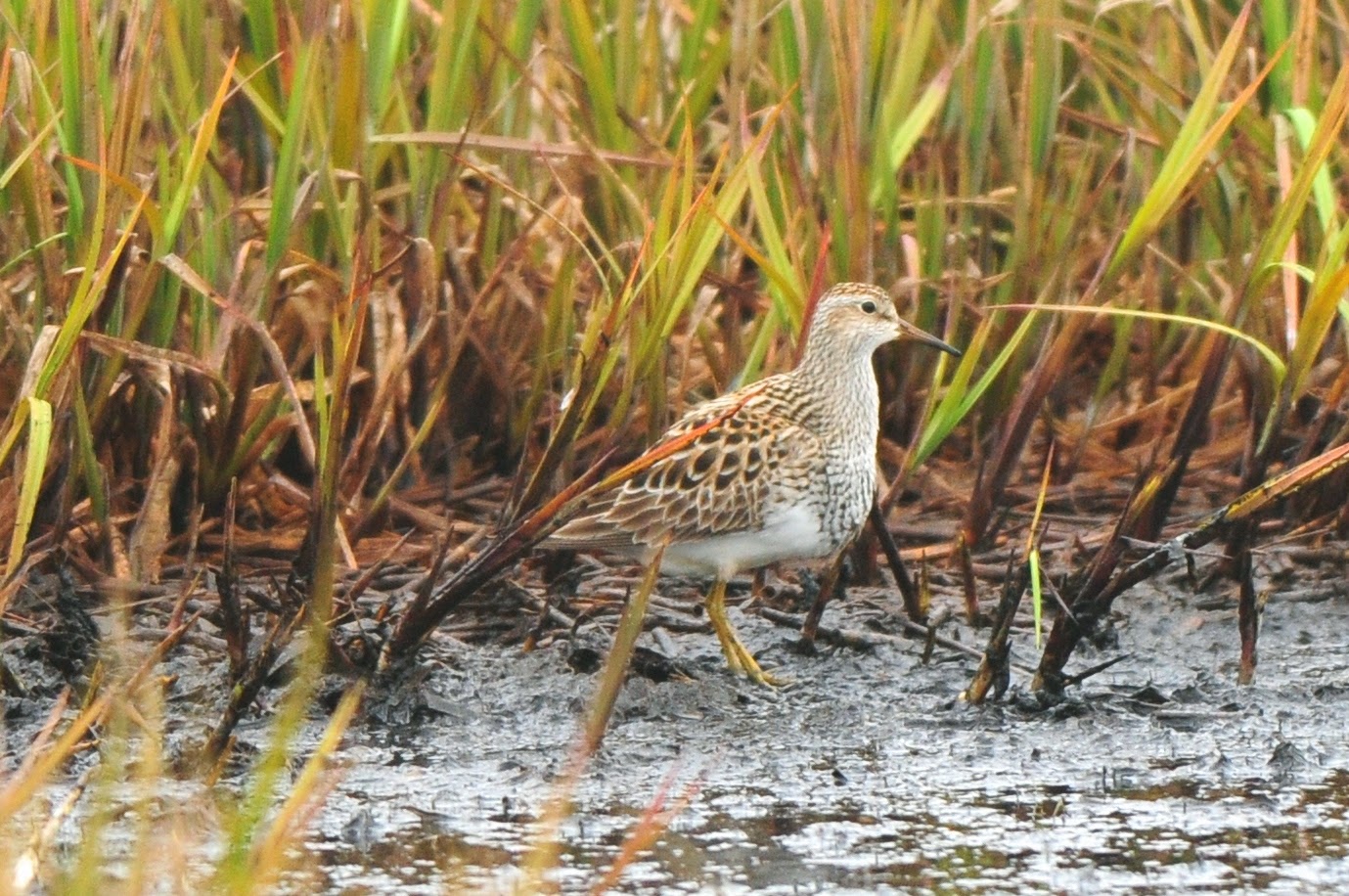 I've enjoyed spending the last couple of weeks around RED-LEGGED KITTIWAKES.  From above, you can separate them from BLACK-LEGGED KITTIWAKES by the uniform darkness on the mantle and flight feathers (the gray on the wings of BLKIs isn't exactly uniform).  Regardless, here's a distant RLKI from above: 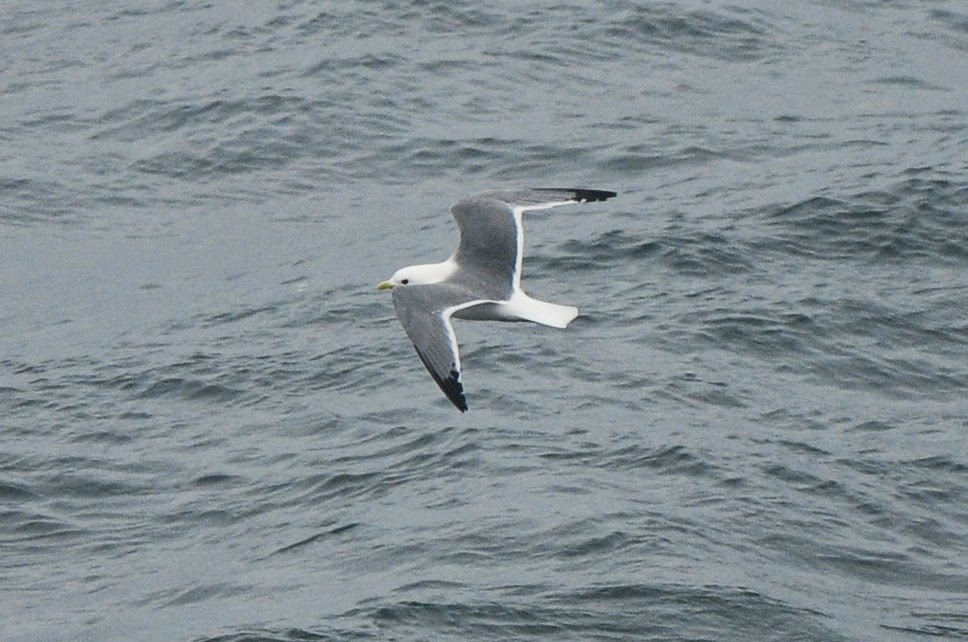 The large gulls represented here so far have been GLAUCOUS-WINGED and GLAUCOUS GULLS.  It's refreshing to be around much "cleaner" GWGUs than what I'm used to in CA.  Here's a GLAUCOUS-WINGED: 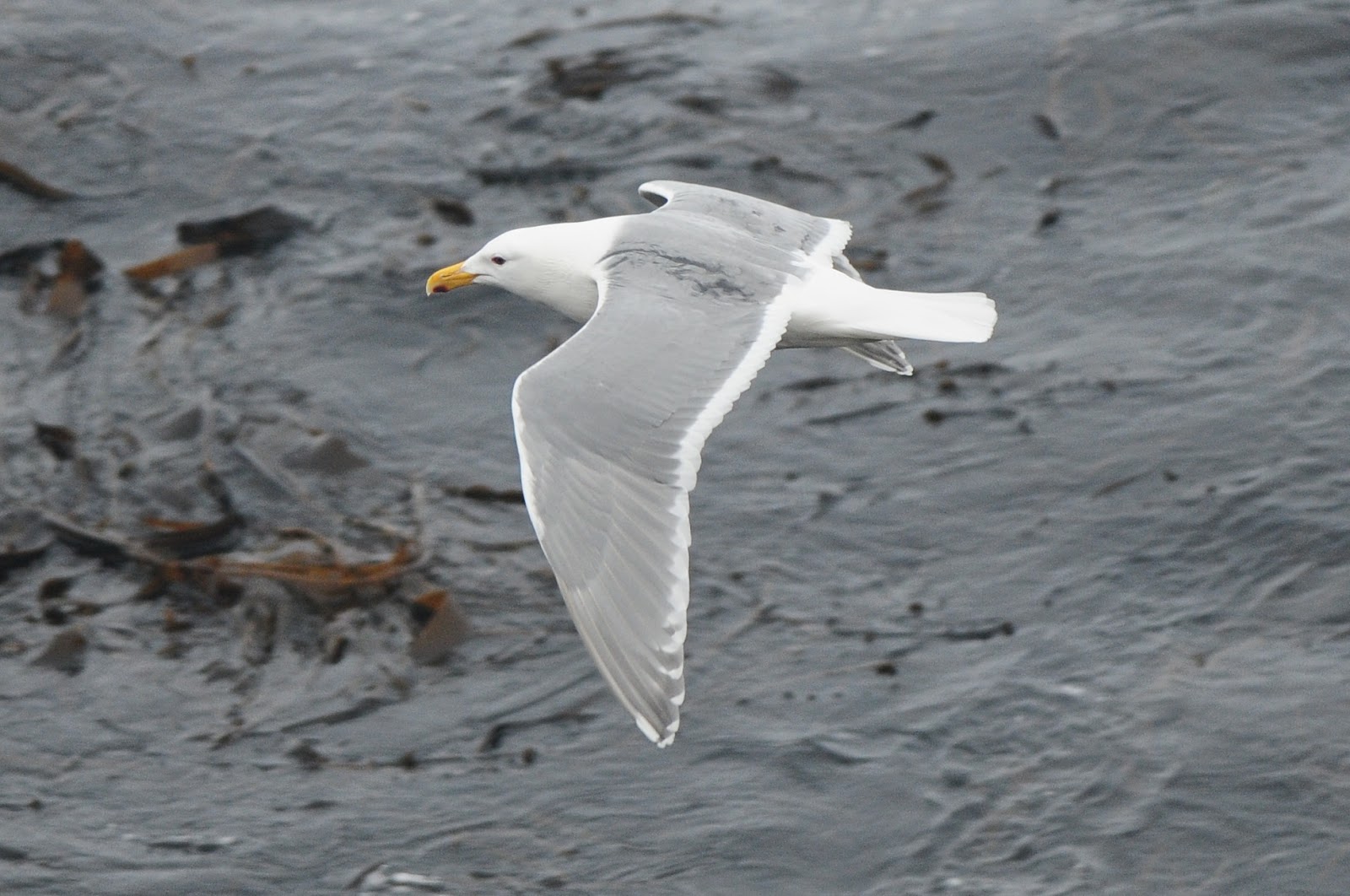 So far, Glaucous-winged outnumber Glaucous probably 15:1.  However, this nice adult GLAUCOUS was perched at East Landing this morning: 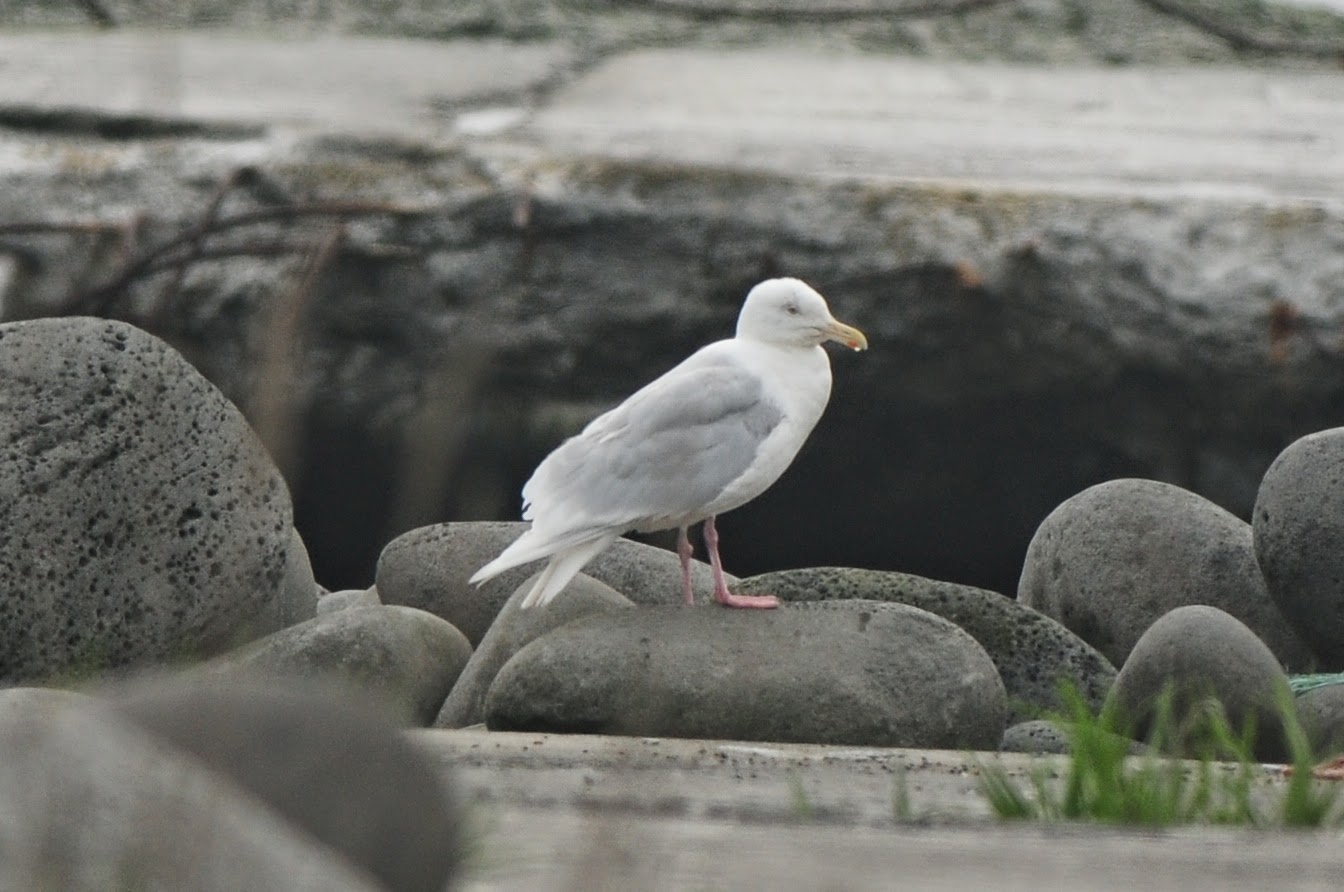 I'm sure I'll post a few pictures of flowers once in a while, especially as the spring progresses.  This is a CHUKCHI PRIMROSE: 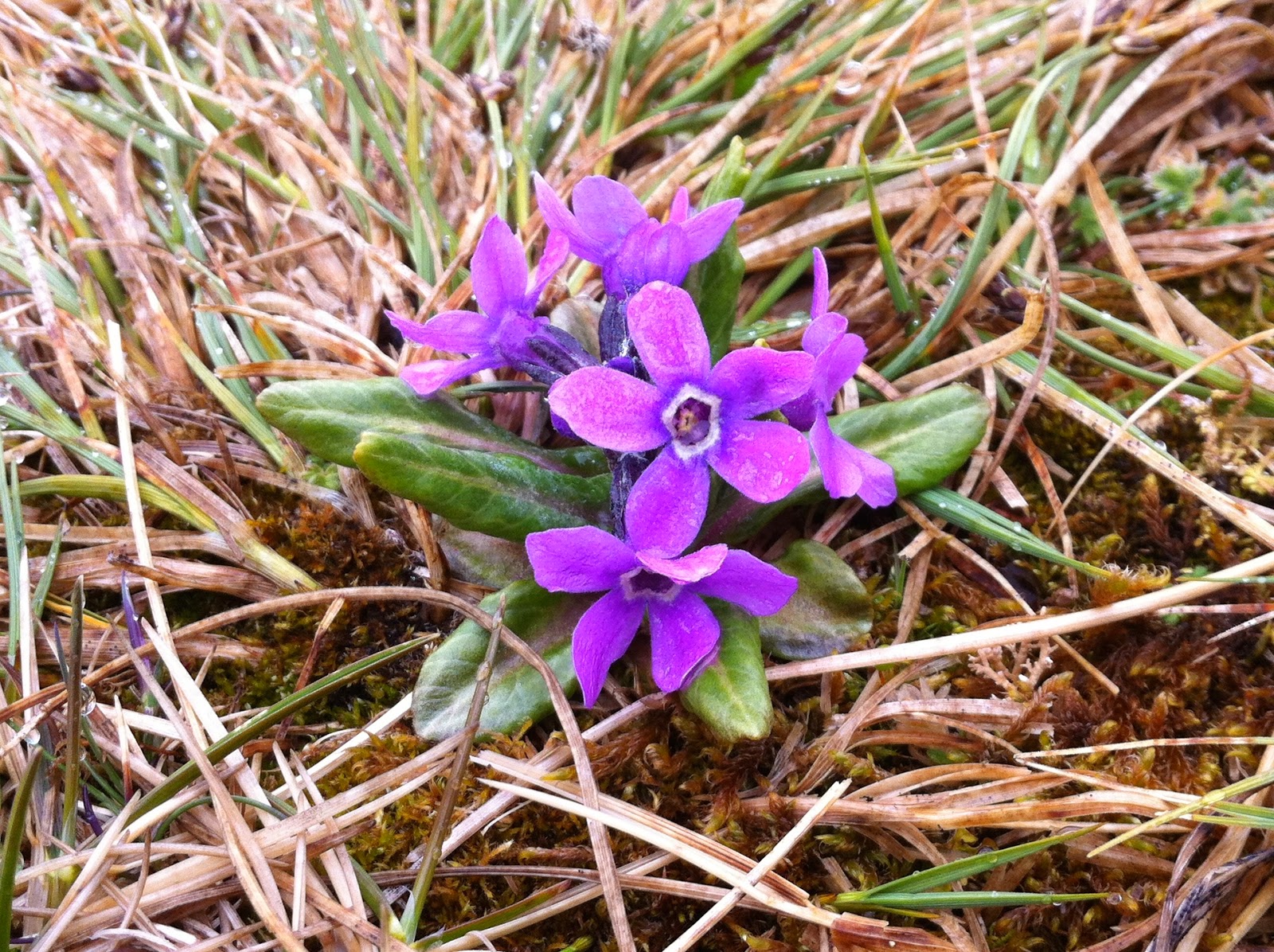