I know when I signed off on the last post that I said the next post will be about St. Paul Island.  Little did I know that PenAir had different ideas.  As you can see, I WAS there, prepped, and ready to go: 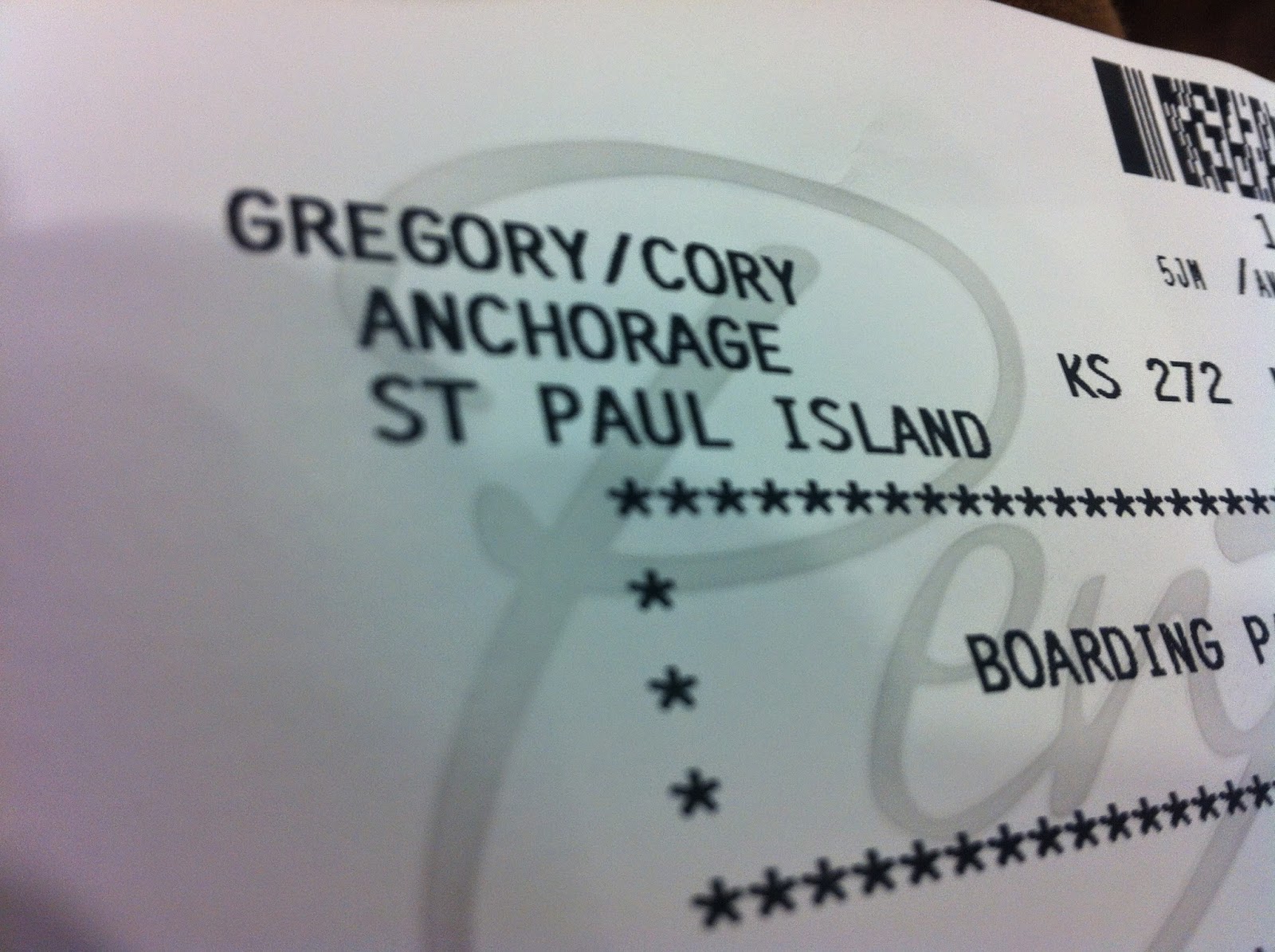 An extra day around Anchorage translated into additional birding before we departed for the Bering Sea.  We ventured up to the Eagle River Nature Center to see what was around and no, the scenery wasn’t bad: 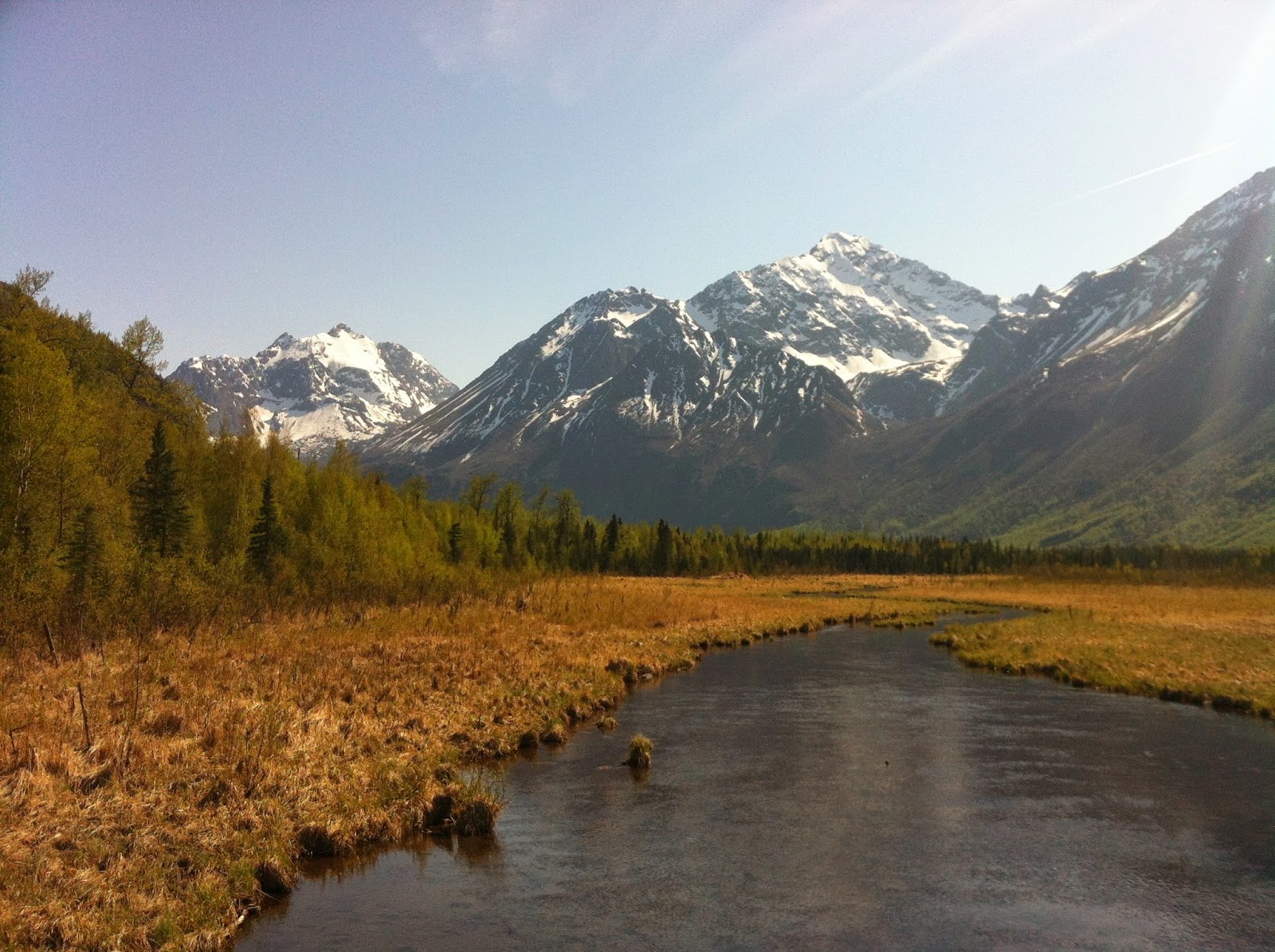 The woods were fairly quiet save for a few ORANGE-CROWNED WARBLERS, YELLOW-RUMPED WARBLERS, and the VARIED THRUSHES singing their ethereal songs.  I was still happy to see things like GRAY JAY and some PINE GROSBEAKS; this one gathering nesting material: 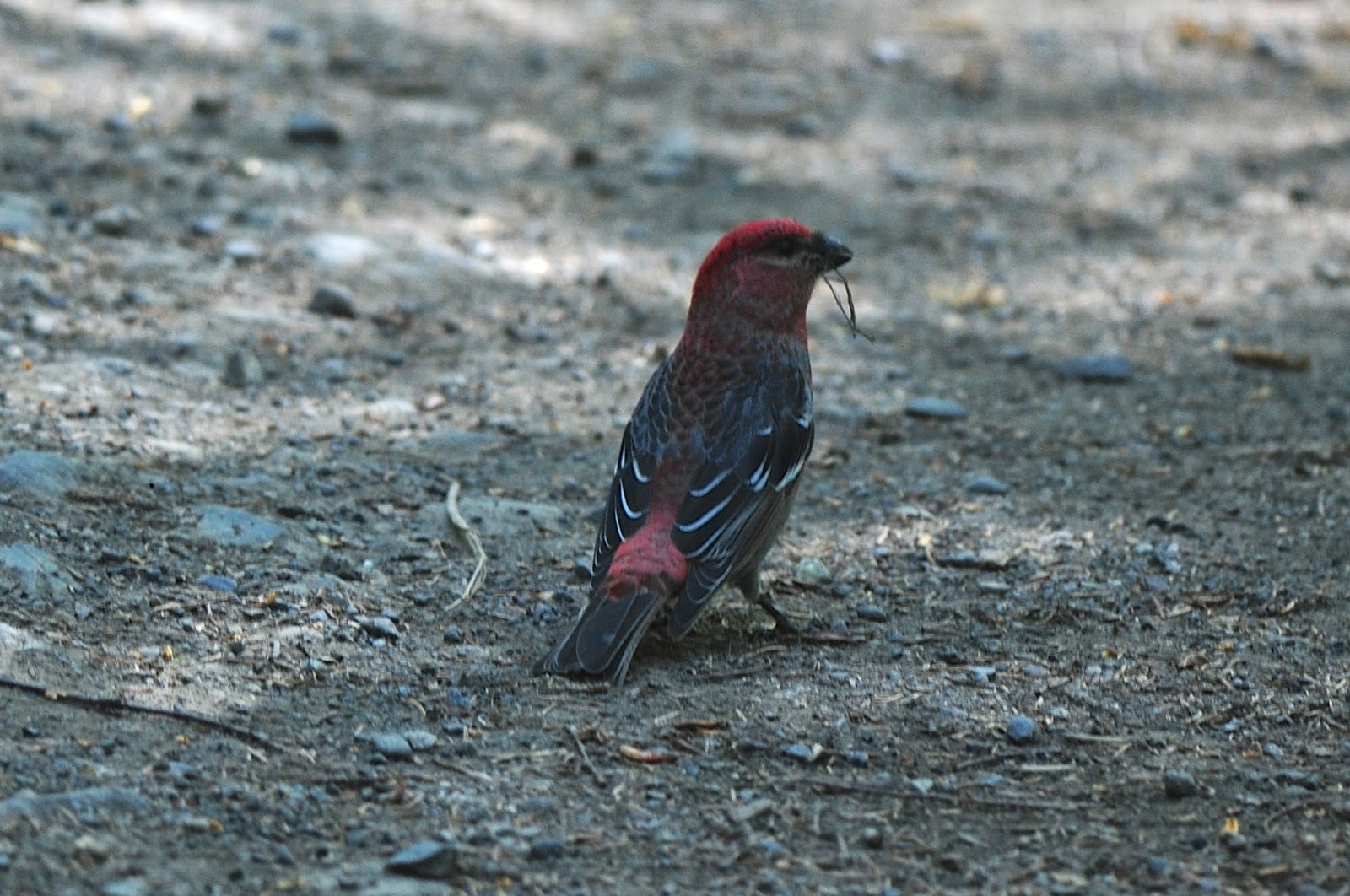 The calm and warm afternoon (yes, it was warm, in the 70s I believe) translated into a nice day for butterflies.  First up, ARCTIC WHITES were fairly common along with MILBERT’S TORTOISESHELLS.  Here’s one of the latter: 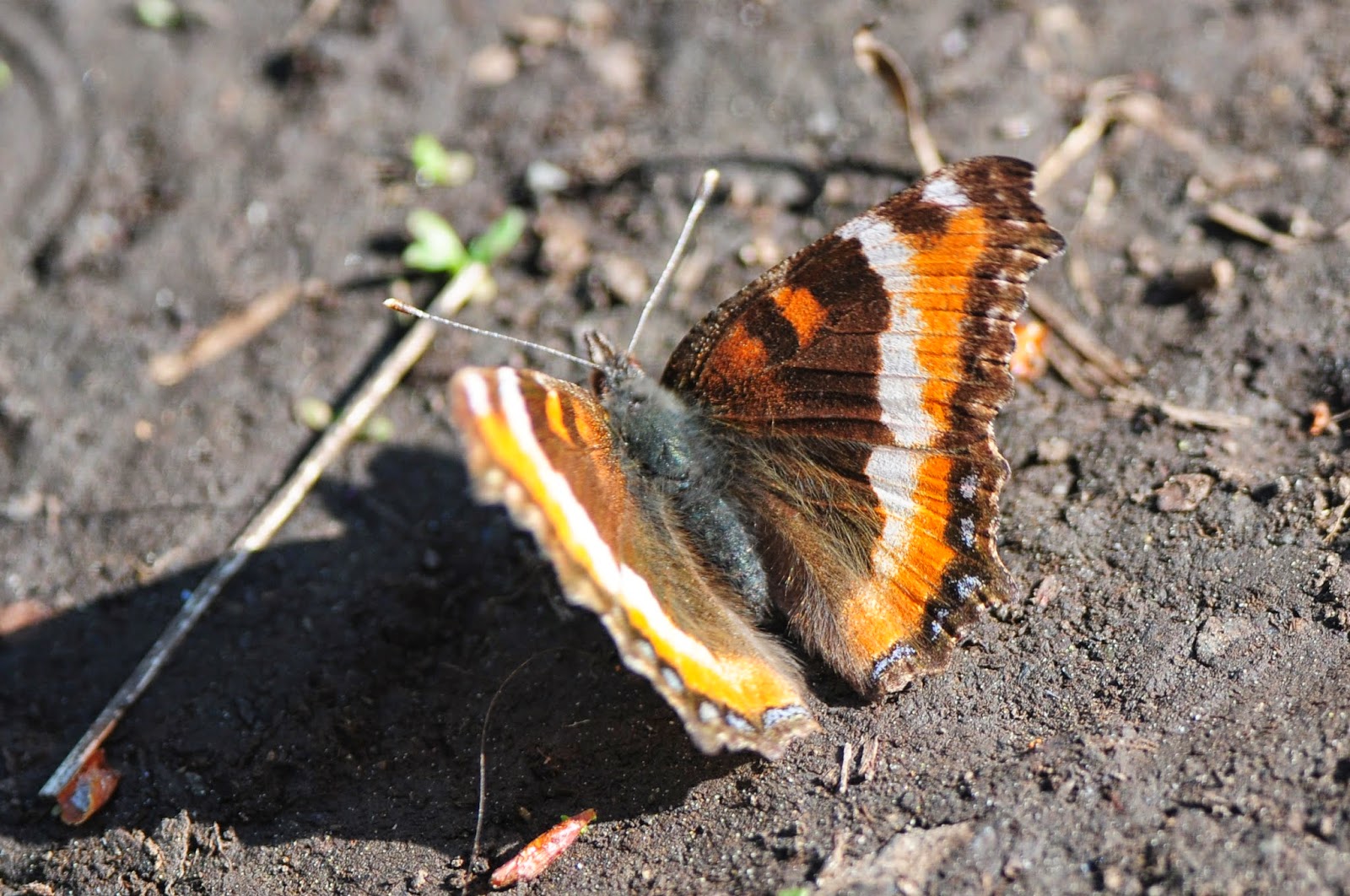 We saw several GREEN COMMAS as well, further answering my earlier question of “The range maps don’t show them here, are they actually around?”.  Here’s proof: 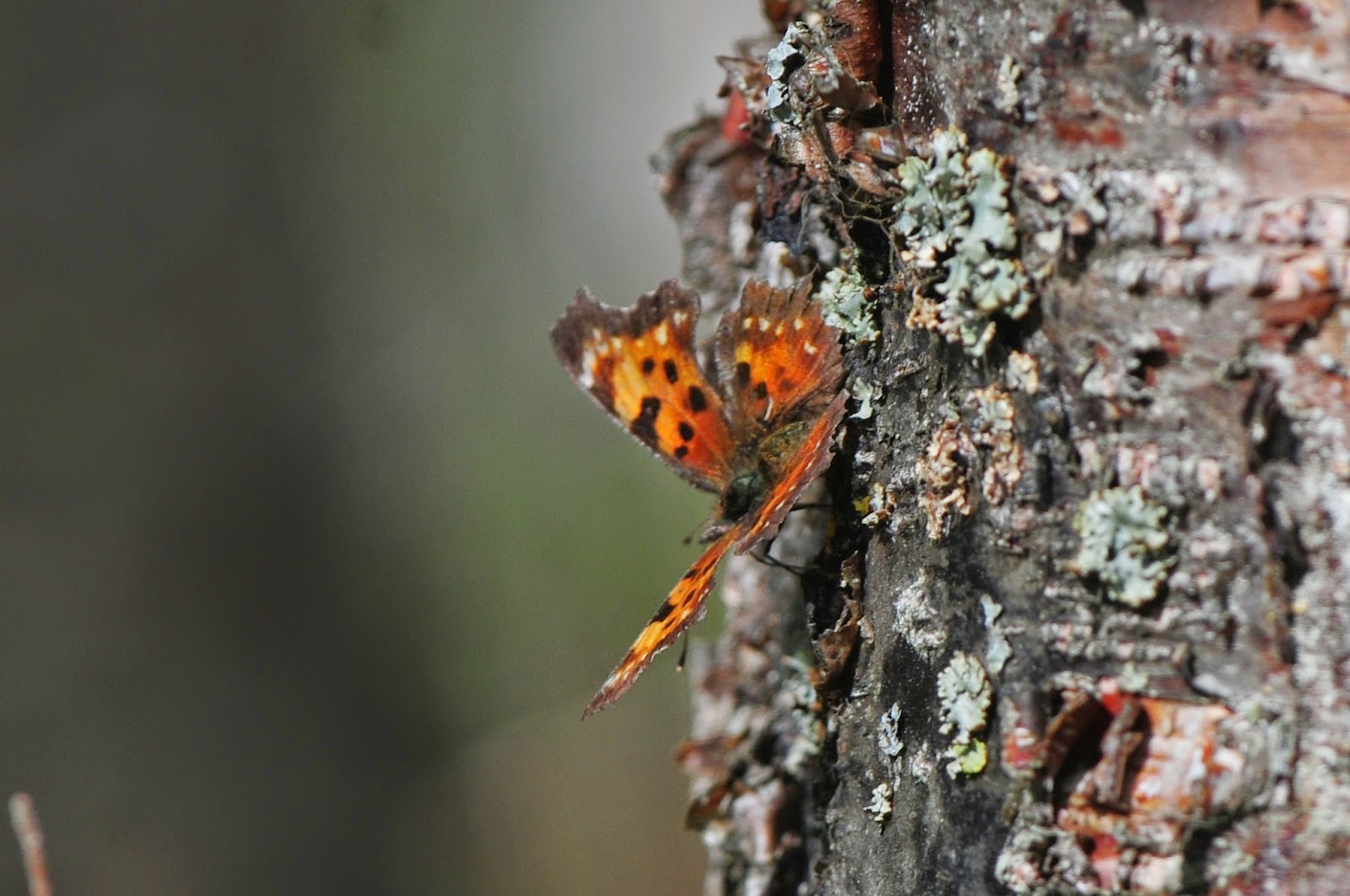 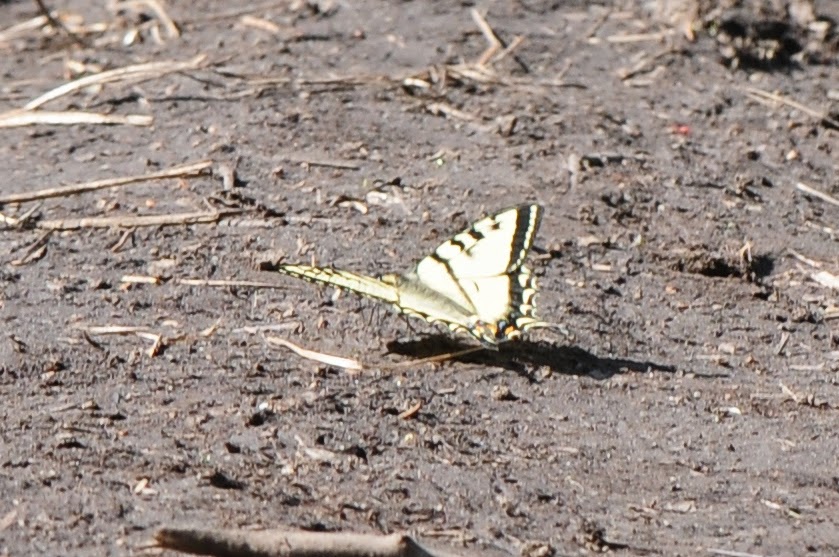 Fast forward to the next morning when we returned to the airport in Anchorage.   After our cancelation the day before, I wasn’t convinced things were going to go as scheduled.  Turns out I was wrong; this time the plane was actually going to leave!  Were our checked bags going to leave with us?  We didn’t really know the answer to that but we got on the plane regardless.  Strapped in and ready to go, we took to the air.
Posted by Cory J. Gregory at 5/18/2014 12:33:00 AM