Here follows the first of many blog posts not coming to you from California, but from Alaska instead where I'm happy to be back.  I was last here in 2006, a full 8 years ago, when I worked in Barrow with shorebirds.  I won't be returning to Barrow this time though.

Anyway, it wasn't long after arriving in Anchorage that it was obvious things were different.  I stopped at this local park (Westchester Lagoon) and the abundant ARCTIC TERNS were floating around everywhere.  The surrounding mountains were nice too: 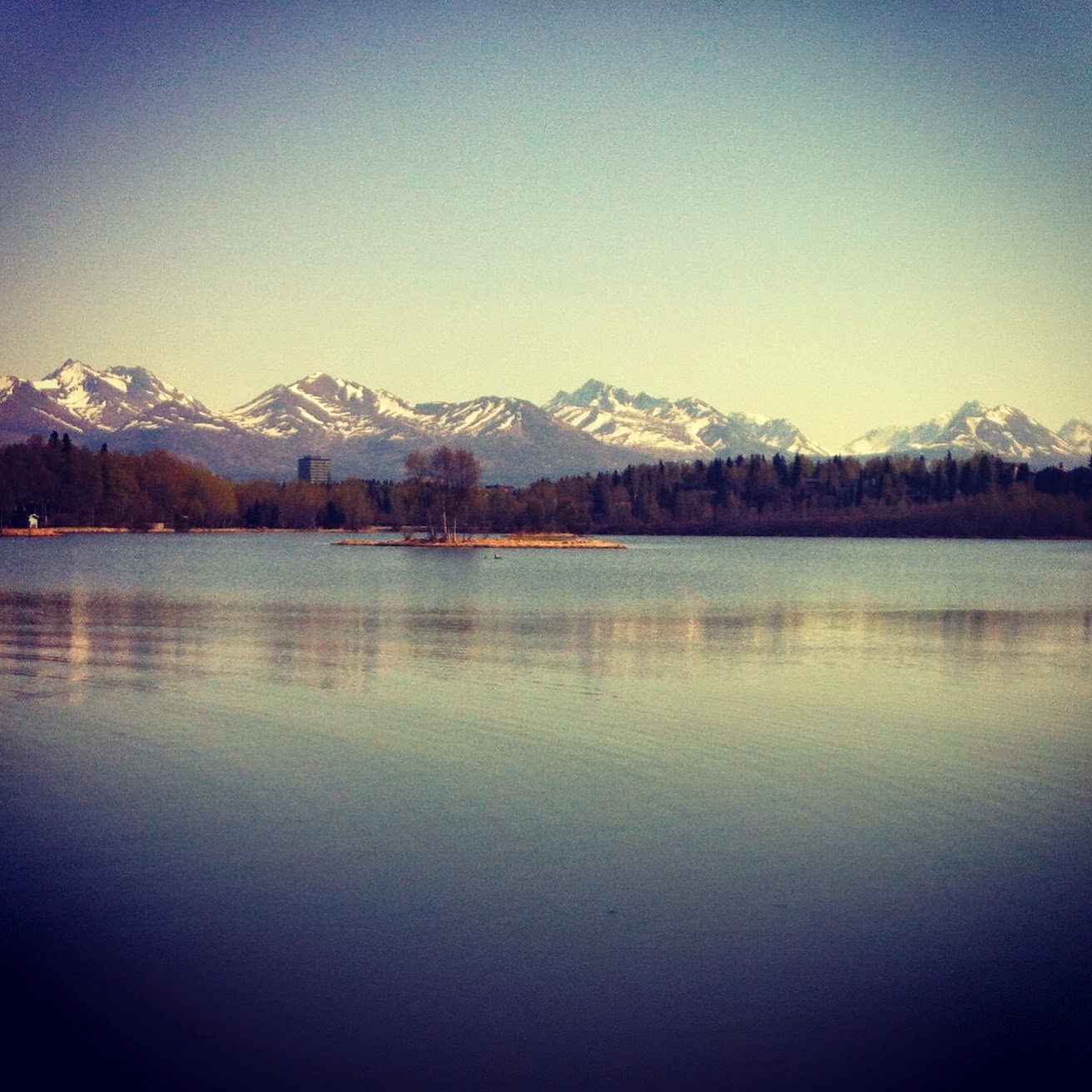 The next day I started my way down towards Homer where I planned to spend a day or two birding and hopefully targeting some lifers.  Just outside of Anchorage is Potter Marsh, a scenic place even if it wasn't well-known for birds: 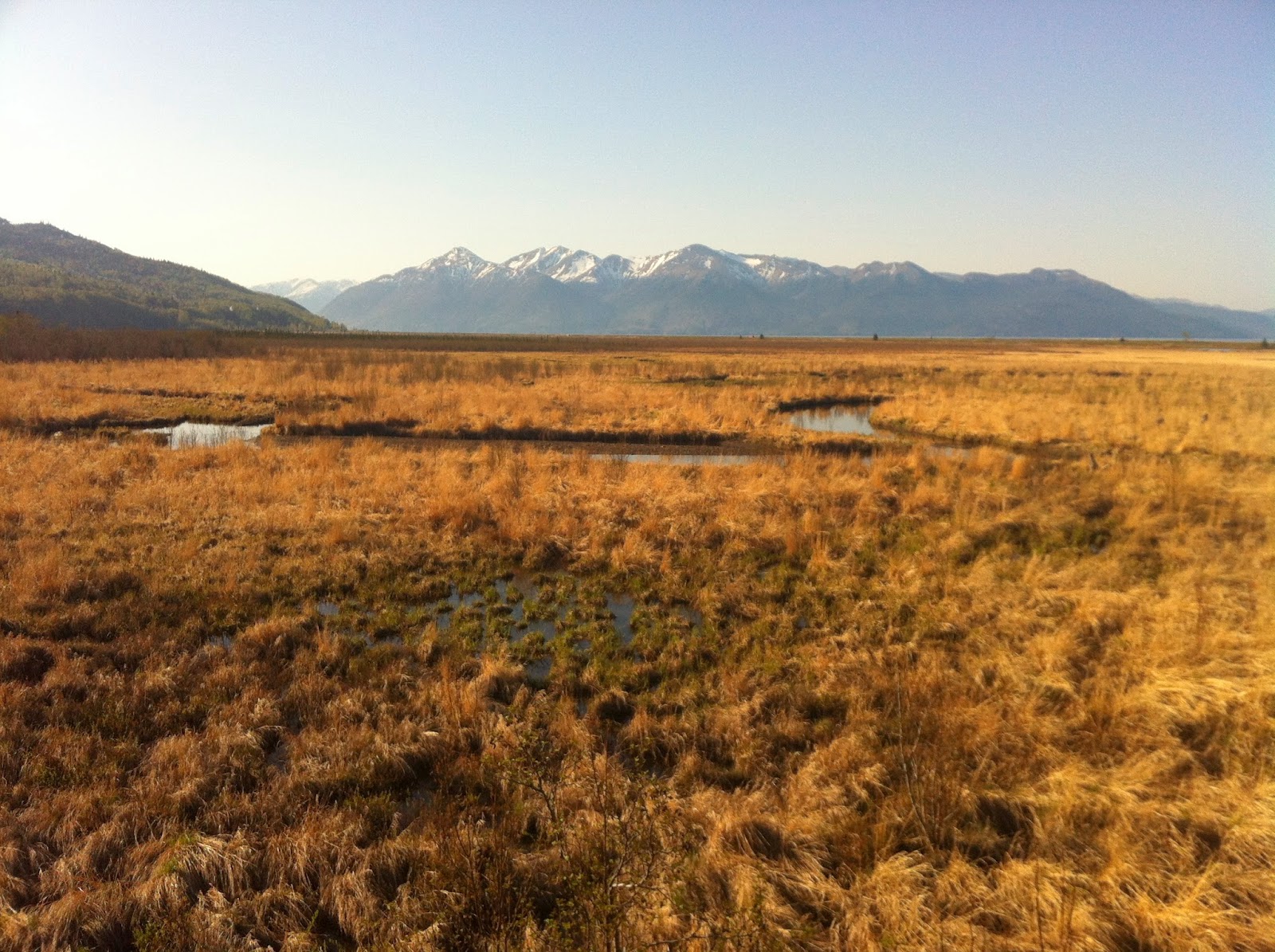 The snipe were winnowing, the Lincoln's Sparrows were ubiquitous, it was a nice cool morning.  Plus, the tame terns and gulls at the southern pull-out provided some eye-candy.  Here's a MEW GULL along with some nasty lens specks: 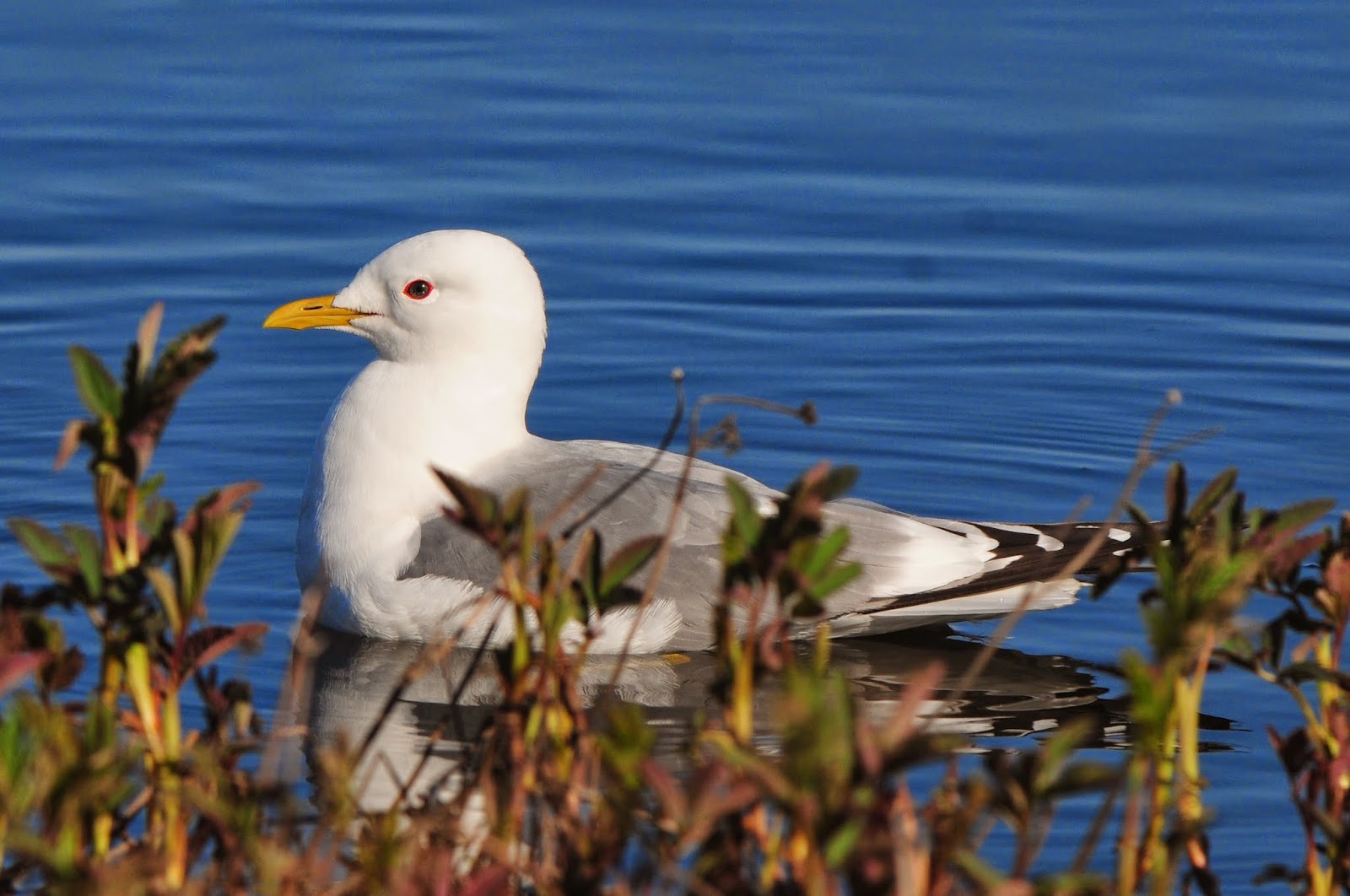 I imagine the tame ARCTIC TERNS at this pull-off have to be some of the most-photographed terns in the world: 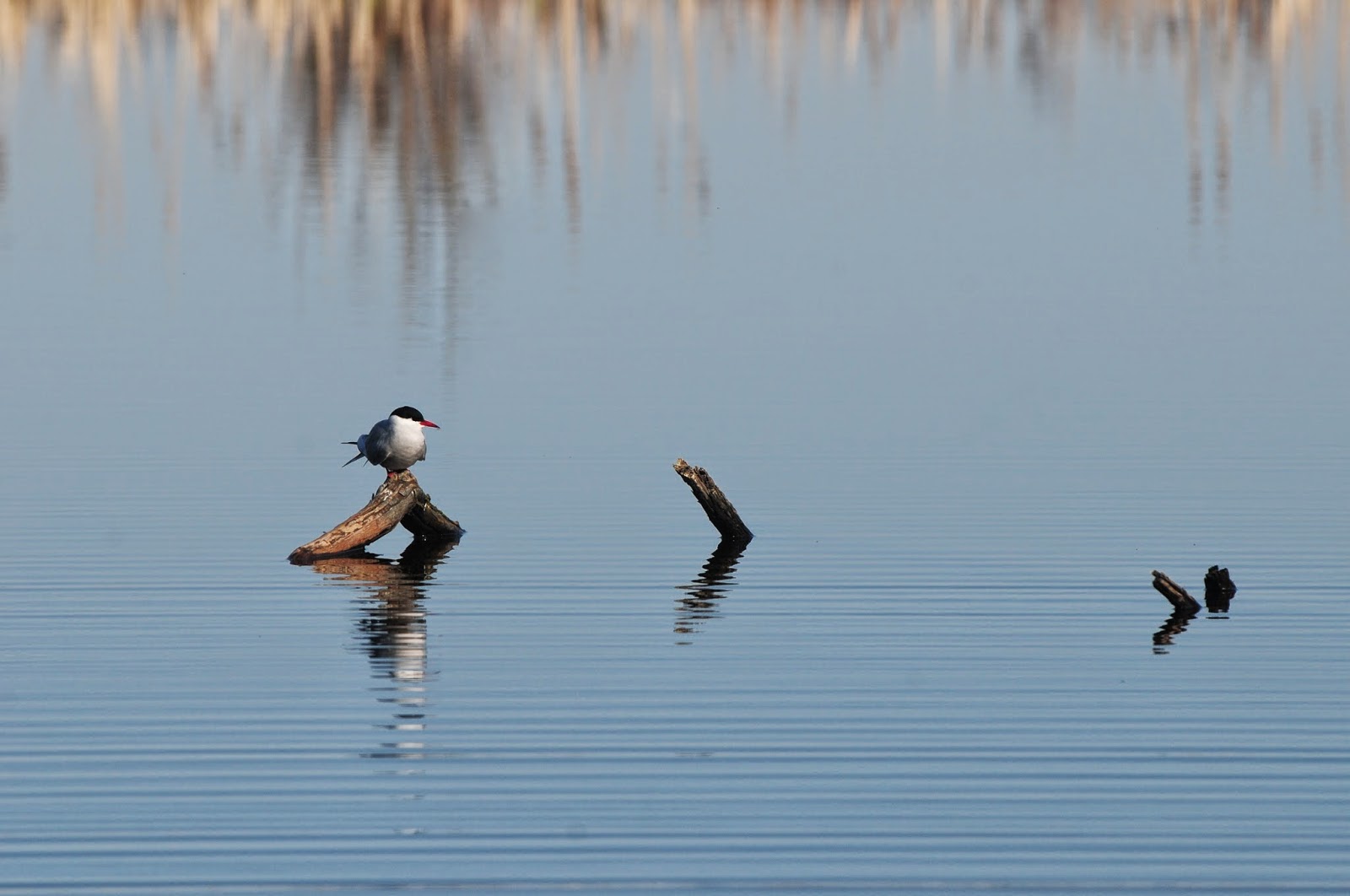 Continuing south, the view along the Turnagain Arm of the Cook Inlet was much more... satisfying than a view in the Central Valley: 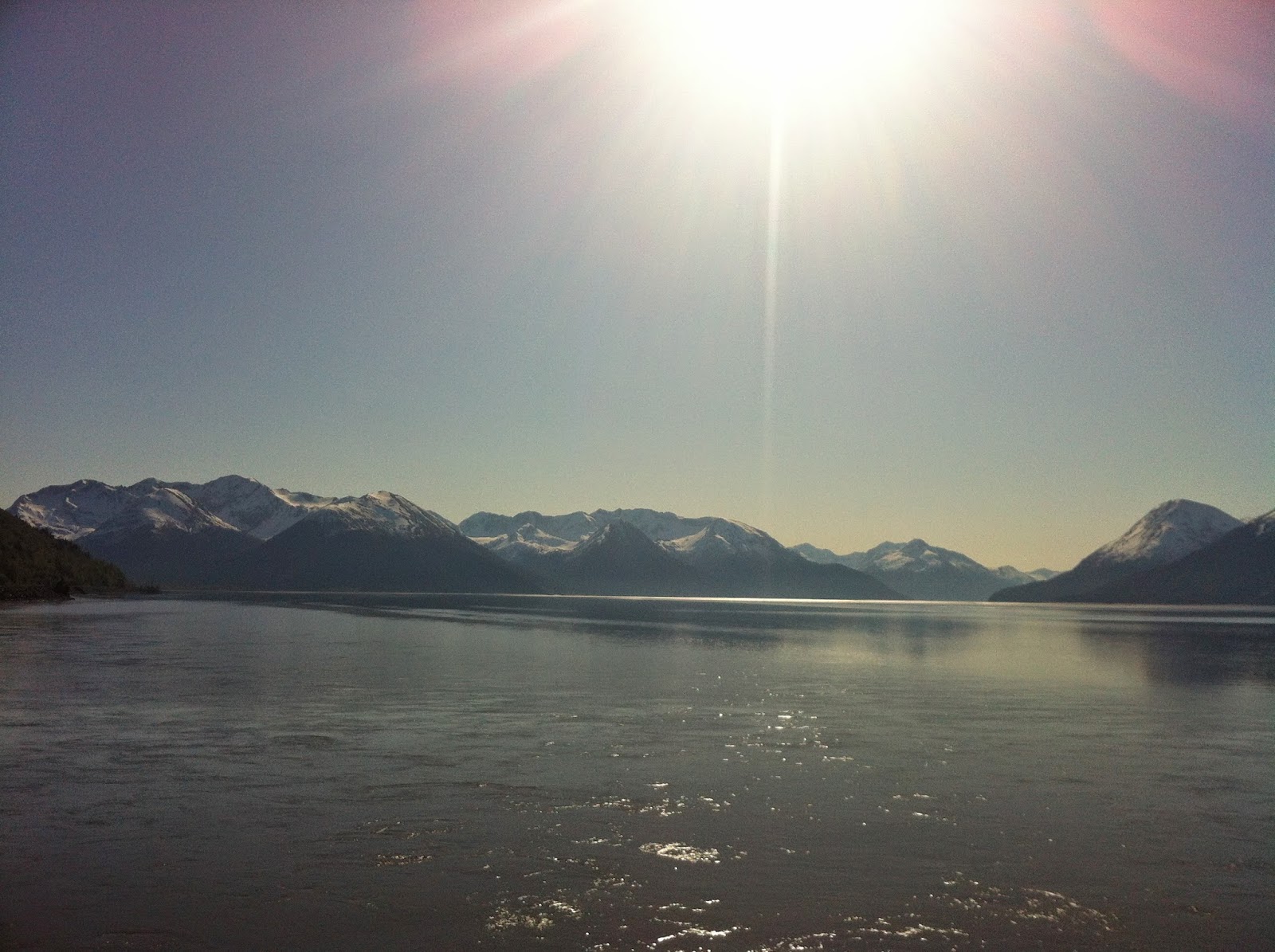 Once in Homer, it WAS obvious things were different when this MOOSE was strolling about town: 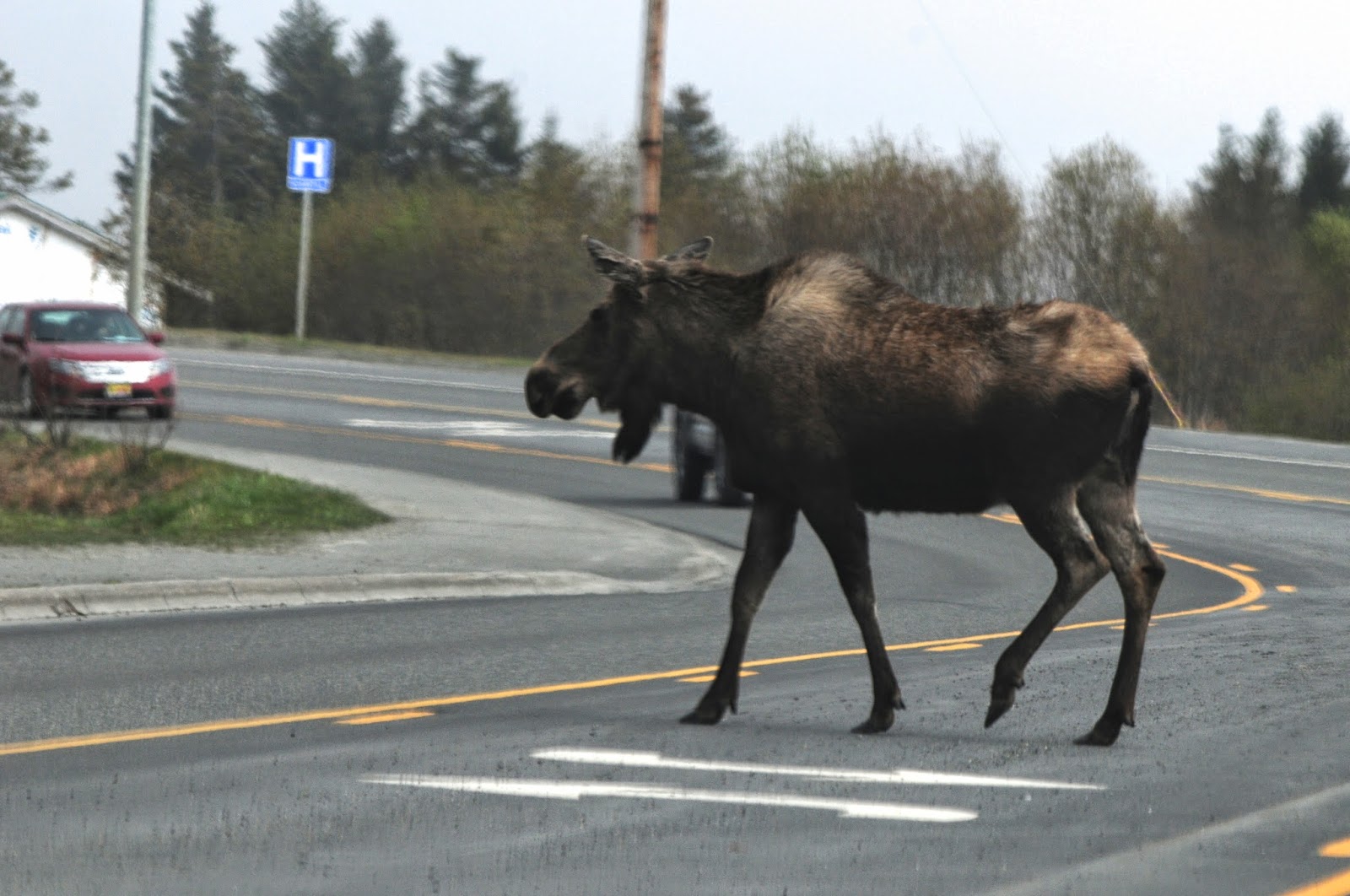 In the end, I saw 5 different MOOSE and a couple of CARIBOU during my brief visit.

The following day I went boating on Kachemak Bay (another arm of the Cook Inlet) with Karl S. to look for Kittlitz's Murrelets.  He is THE MAN for this job and I highly recommend his business.  Before I could even get to the marina, though, I stopped along the Homer Spit and got my lifer ALEUTIAN TERN.  Excellent.

Once on the boat with Karl, we motored north.  It was pretty foggy and so although the scenery was muted, the birds were still pretty cool.  For example, here's a bad picture of a FORK-TAILED STORM-PETREL that we bumped up.  This was the first FTSP eBirded in Alaska this year: 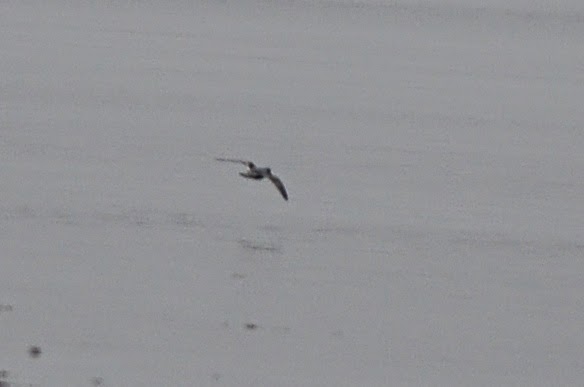 We arrived at Bear Cove and there were at least 200 MARBLED MURRELETS to sift through for the much-rarer Kittlitz's.  Bear Cove in itself was quite scenic, here's where it's at:

The MARBLED MURRELETS were making a racket too: 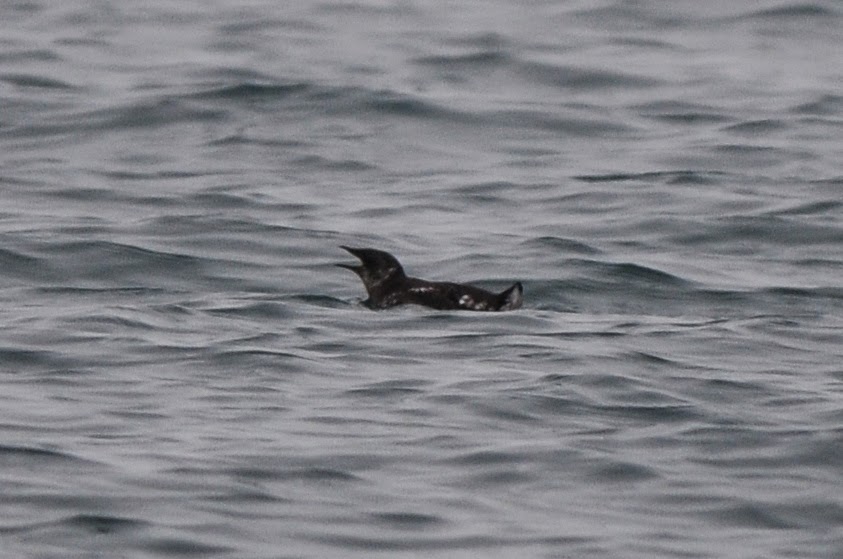 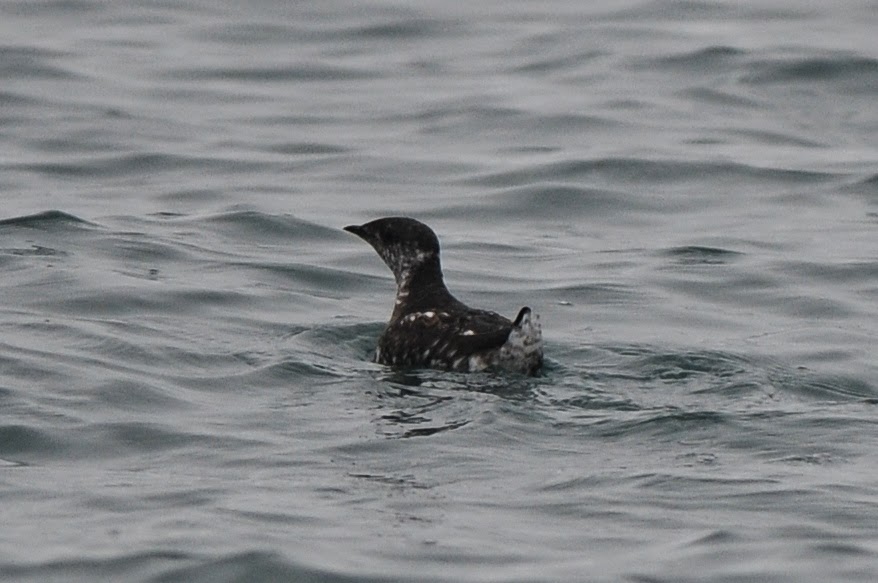 There were plenty of other birds around too like COMMON MURRE: 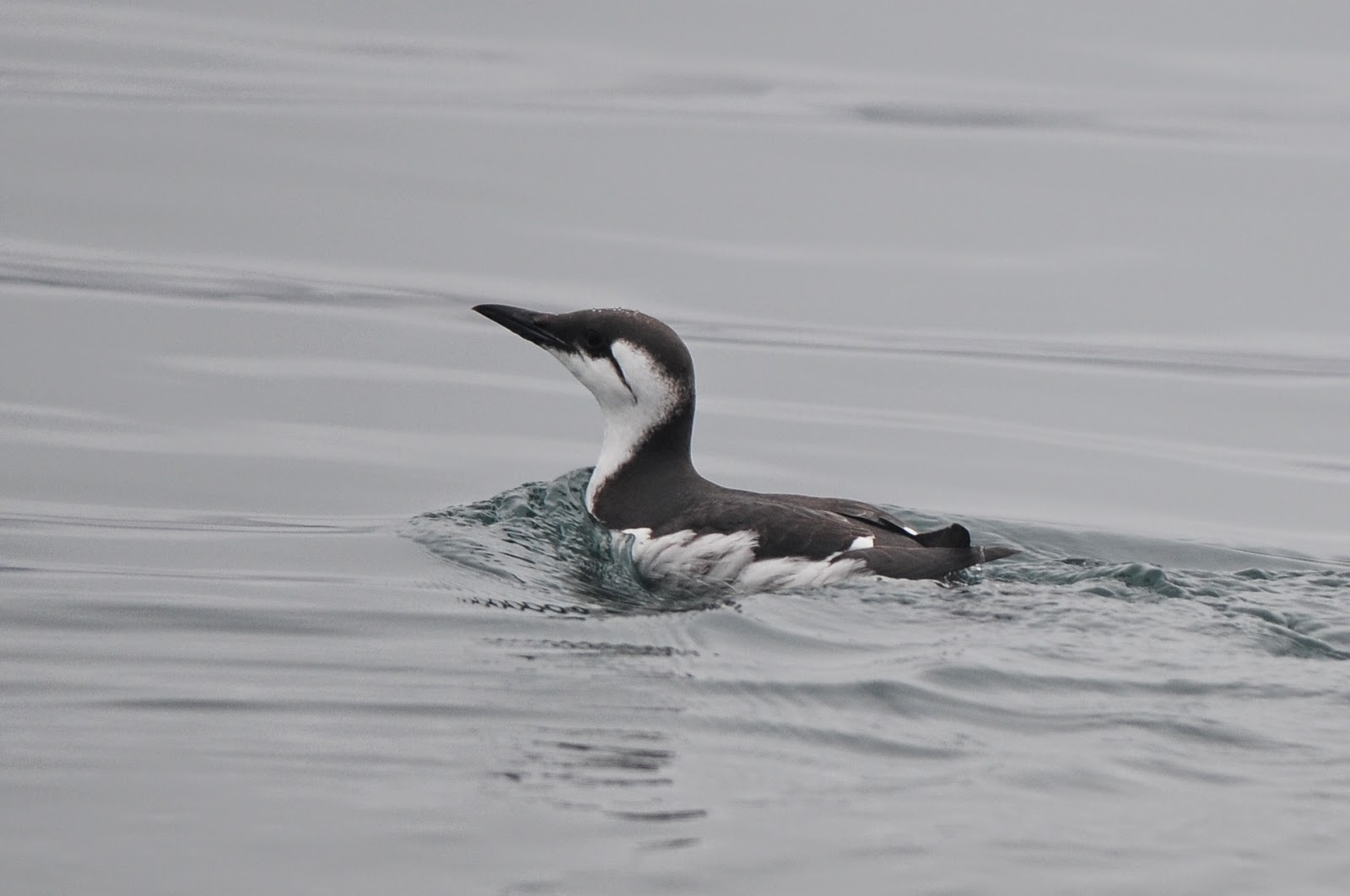 ... and this male HARLEQUIN DUCK in some amazing turquoise-colored water: 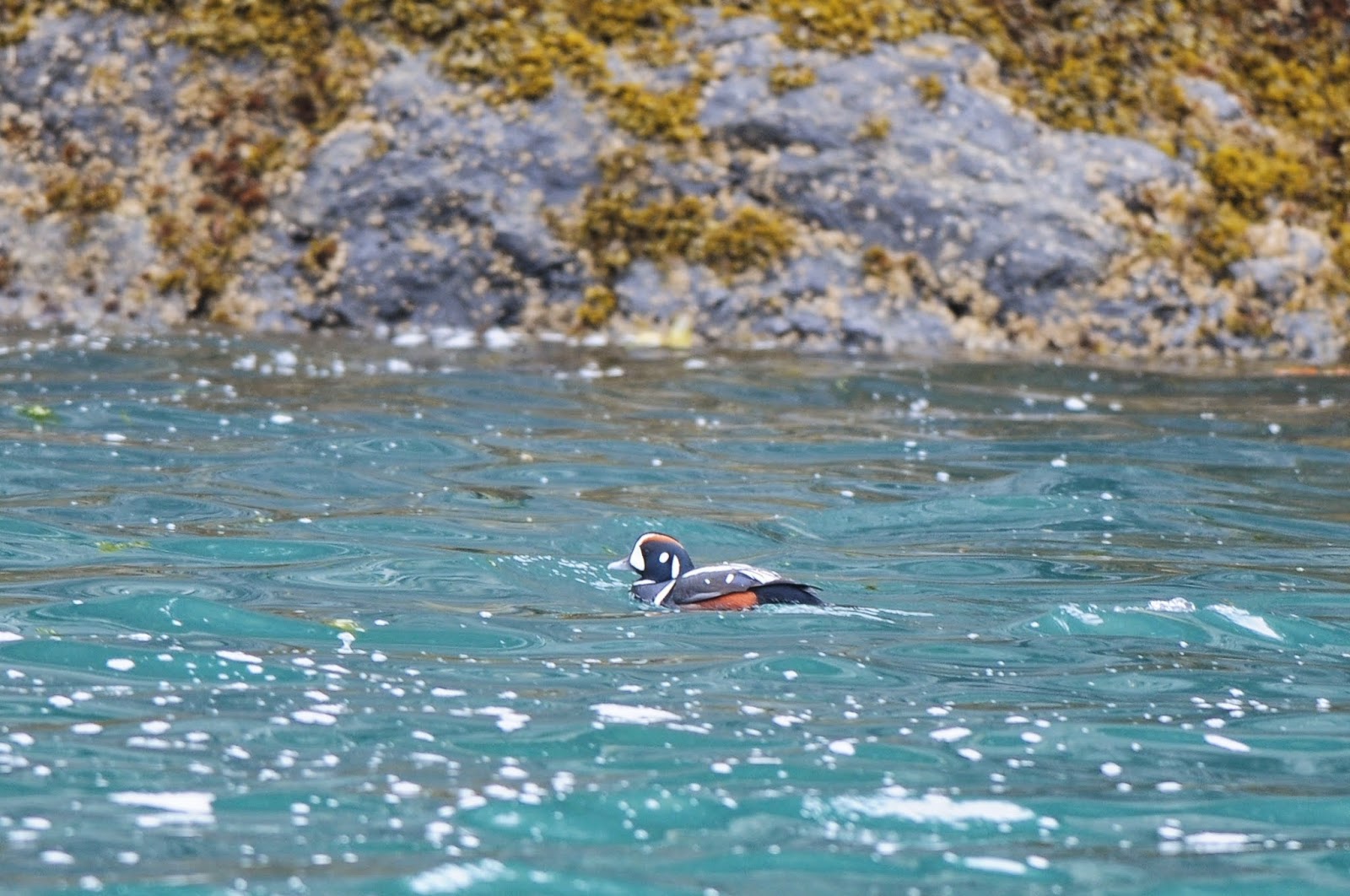 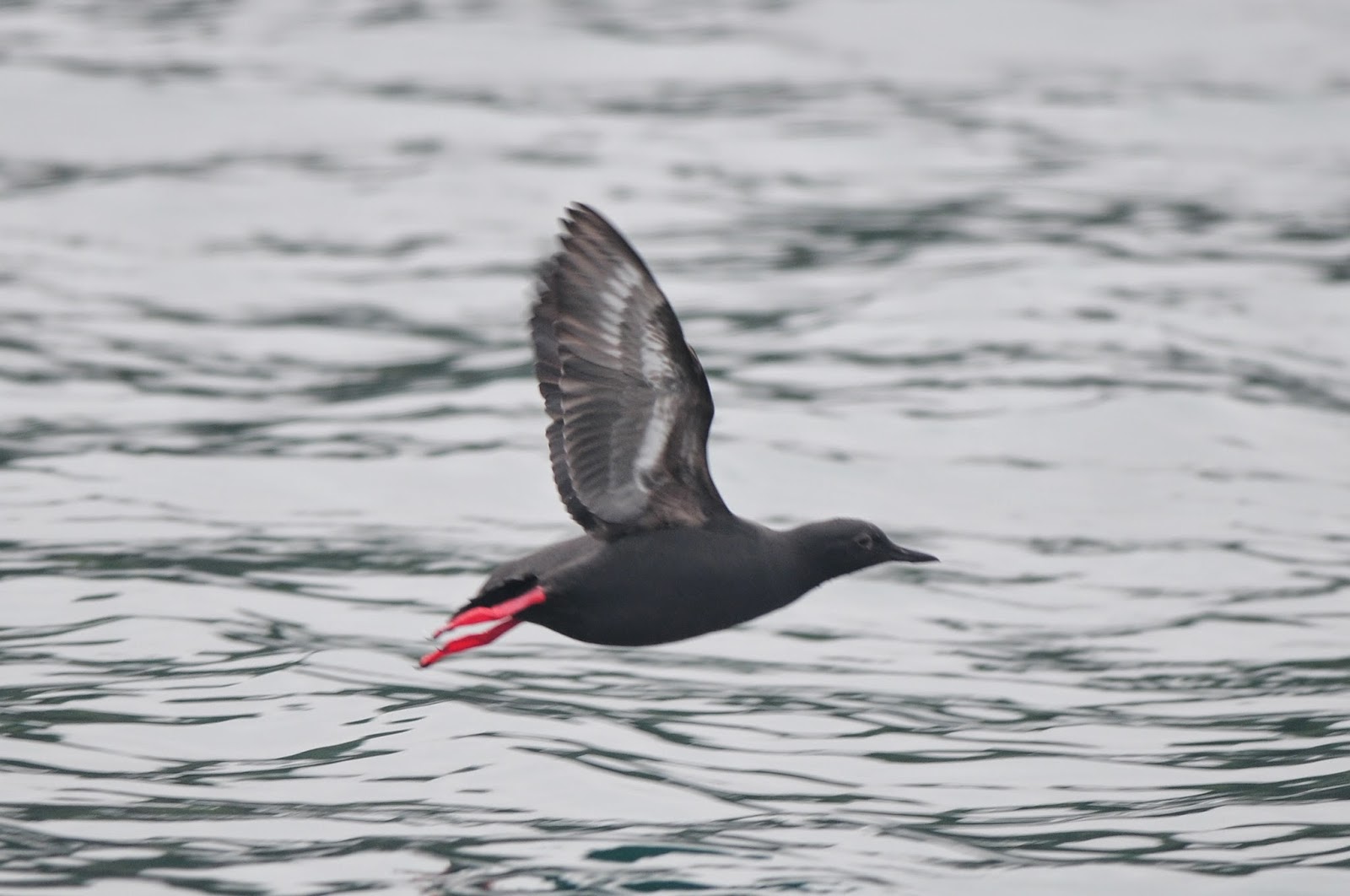 Although we never did see a Kittlitz's in the 4 hours of searching, I was really happy I went.  It's not every day you get the share your morning with hundreds of murrelets and other seabirds.

Speaking of boats, if you've watched The Deadliest Catch on TV, you'll be familiar with this boat which was docked in Homer: 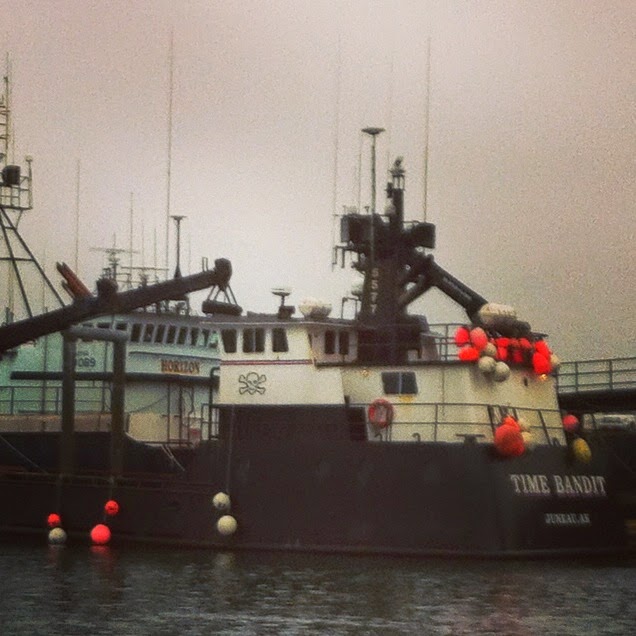 Back on the spit, two SONG SPARROWS found me and so I photographed them: 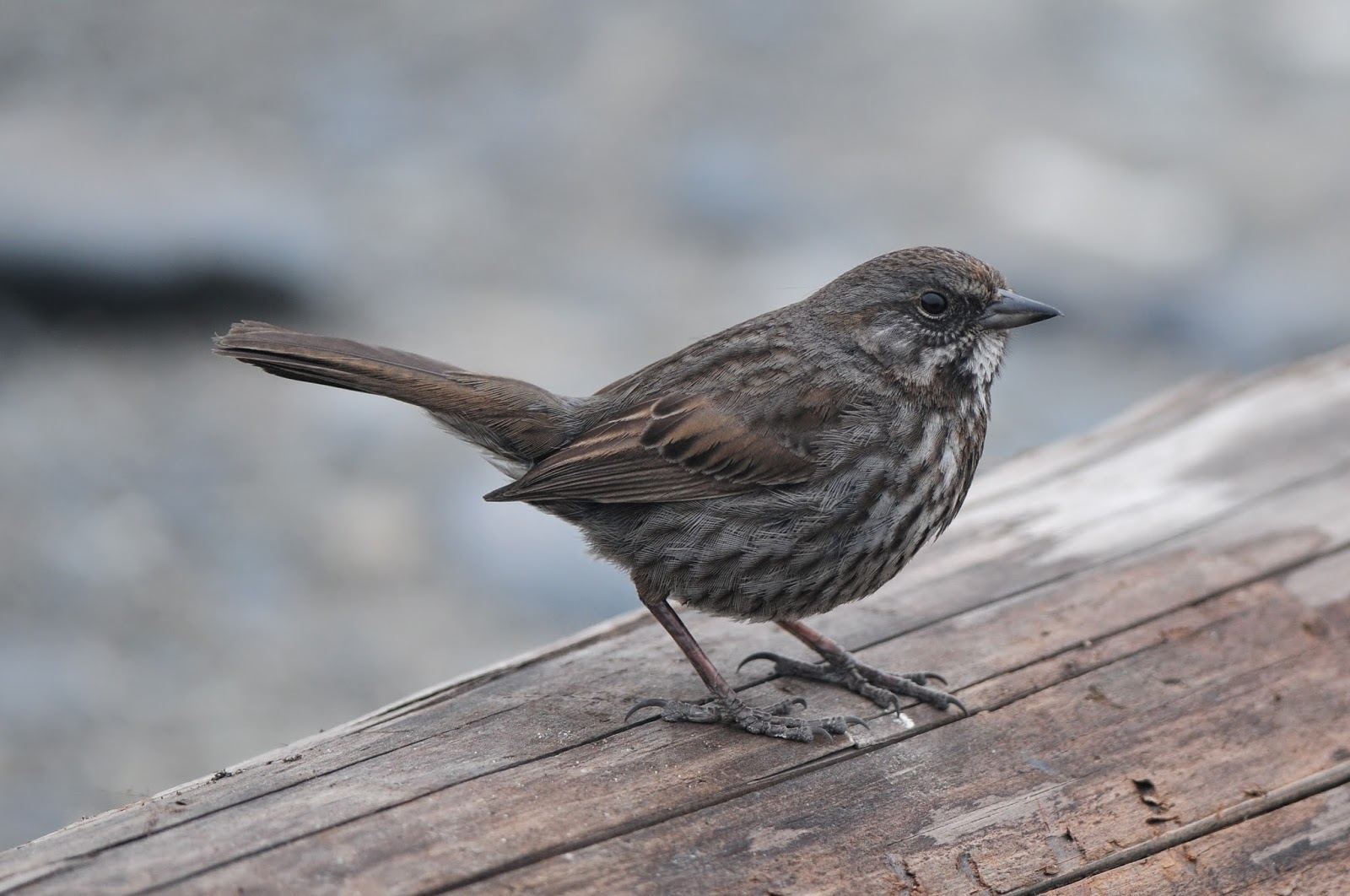 In truth, they really freaked me out; they're SO dark here.  I suppose they're probably of the Kenai subspecies Melospiza melodia kenaiensis.

I continued to bird along Homer Spit for the remainder of the day and was rewarded with things like a YELLOW-BILLED LOON and thousands more COMMON MURRES: 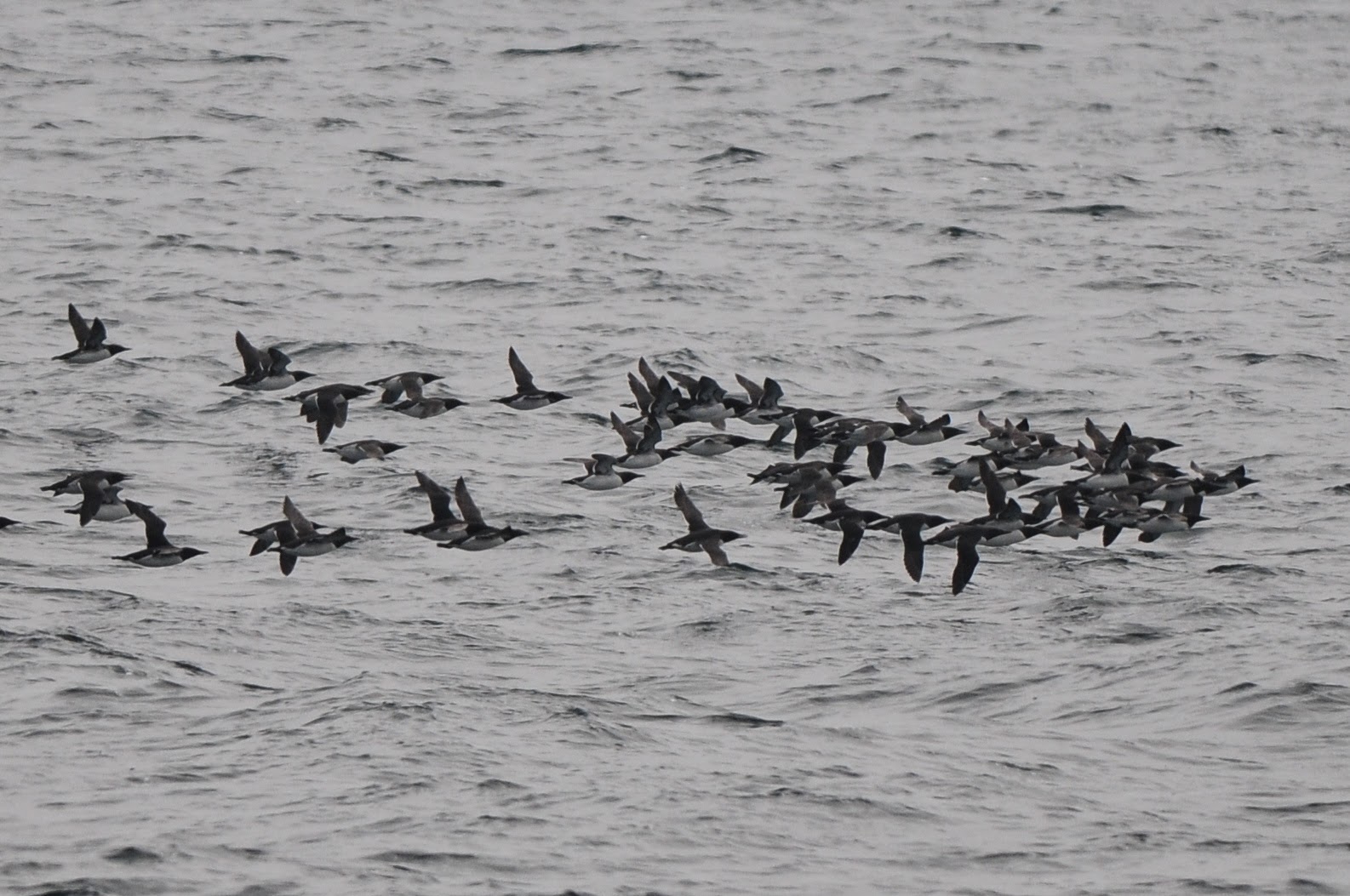 I worked shorebirds for some of the day and got to sift through things like 500+ SURFBIRDS, a few ROCK SANDPIPERS, hundreds of DUNLIN and WESTERN SANDPIPERS, as well as this big fatty WHIMBREL: 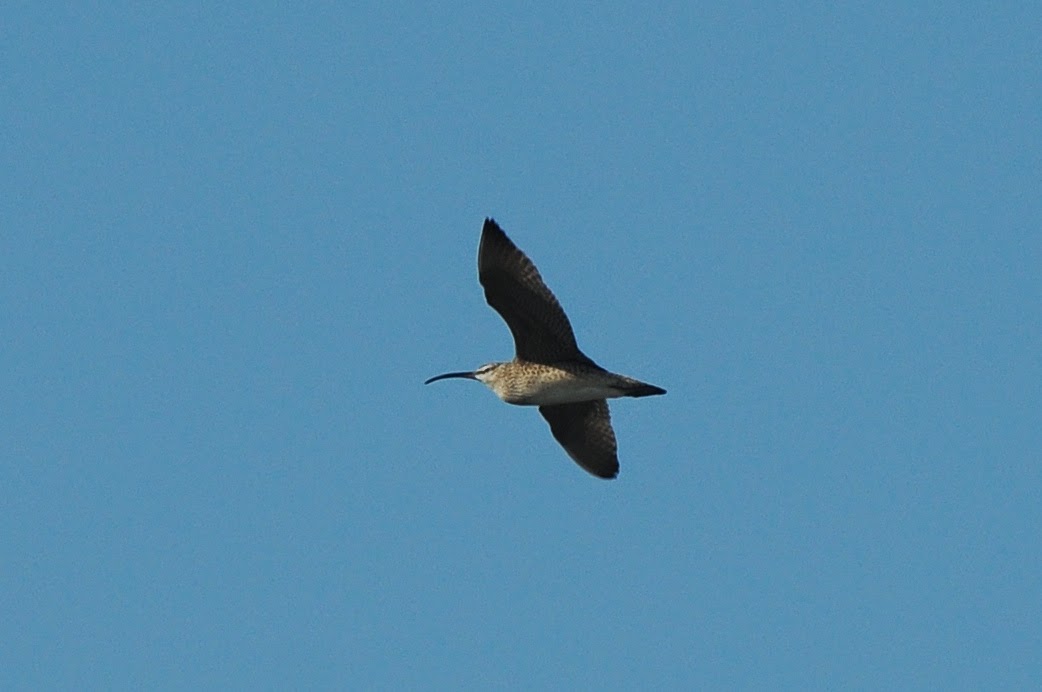 Once the clouds actually cleared, the view across the bay was fantastic: 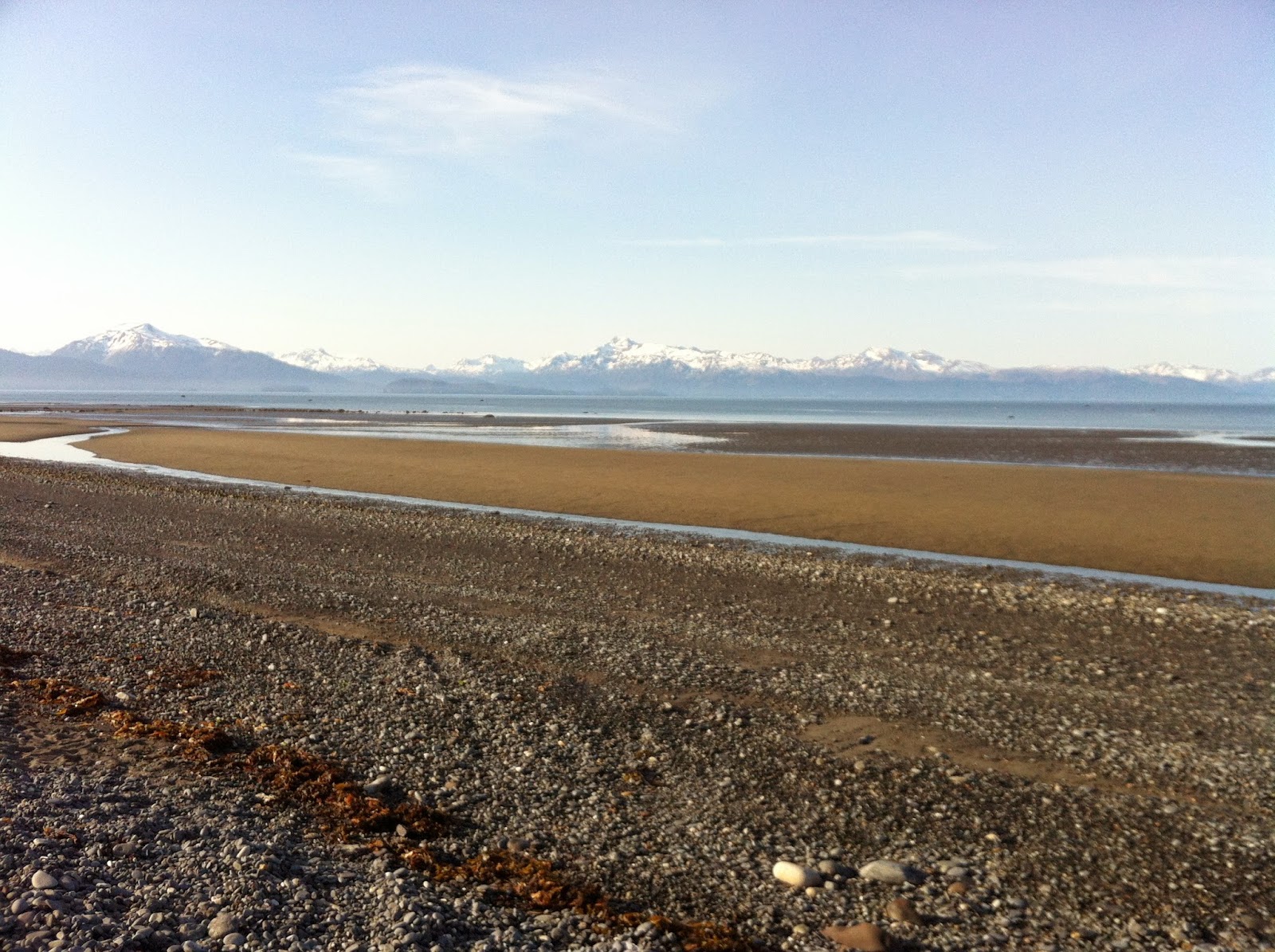 It was time to head back north to Anchorage though and so I took my time stopping along the way, hoping for some new butterflies or dragonflies.  I first bumped into this blue: 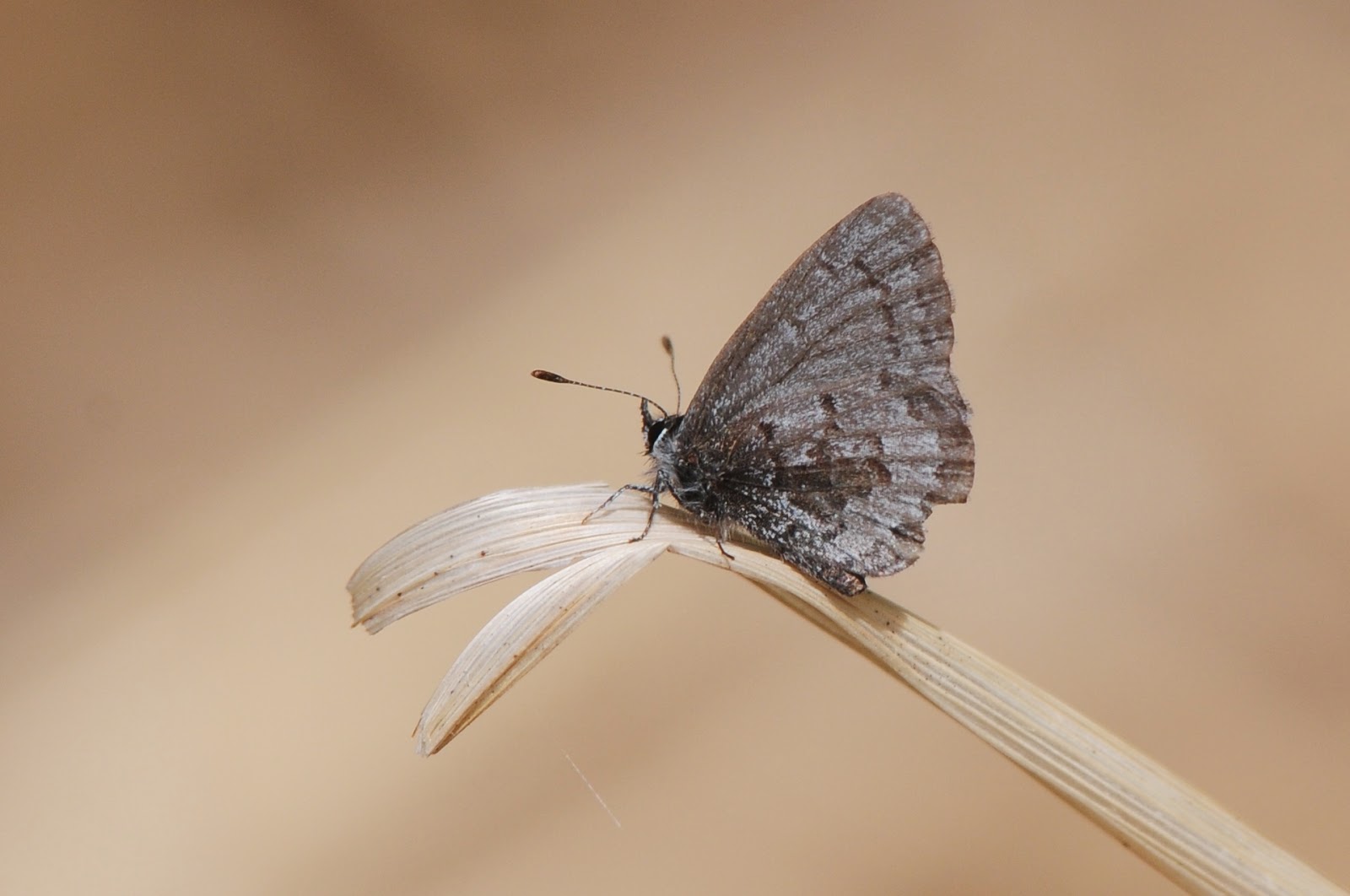 Turns out, it's probably in the SPRING AZURE complex which blows my mind (if you're familiar with the azures, you'll know that most are much paler than this).

When the random roadsides look like this, I have a hard time not stopping and seeing what birds are around: 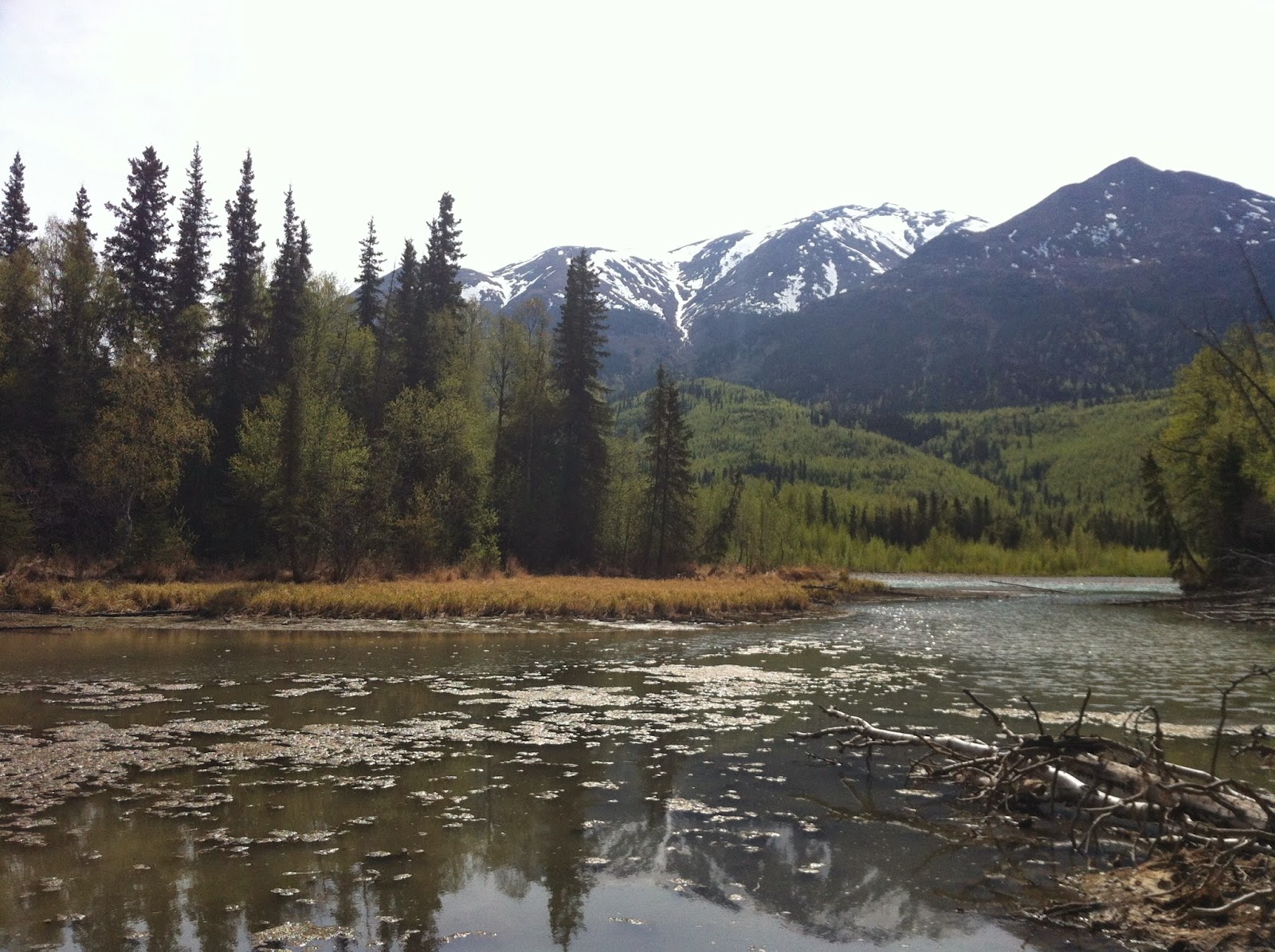 I also saw my lifer ARCTIC WHITE at one of these pull-offs: 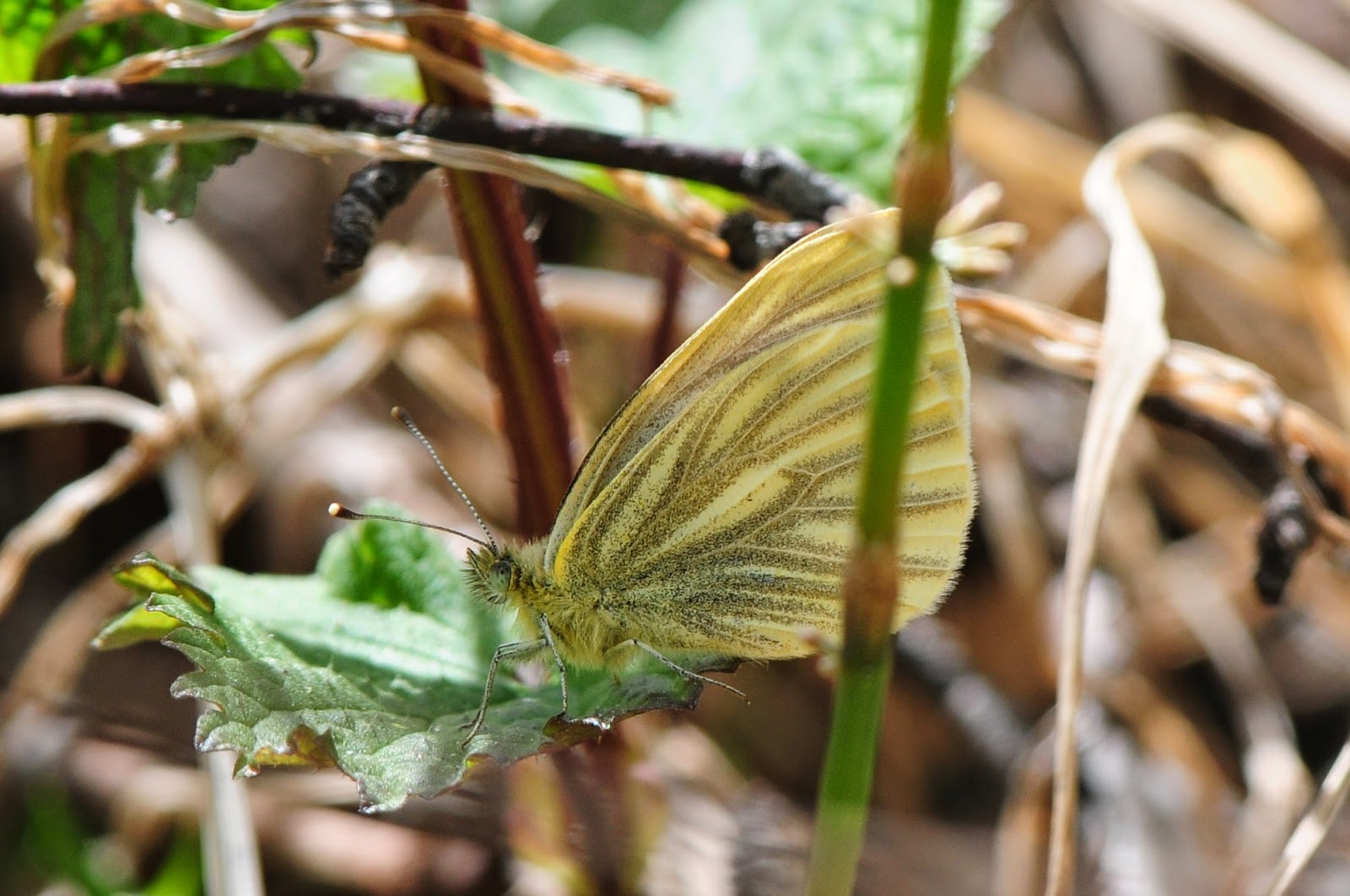 At one particular stop, I popped down to the streamside to have a look around and found a pair of HARLEQUIN DUCKS paddling about: 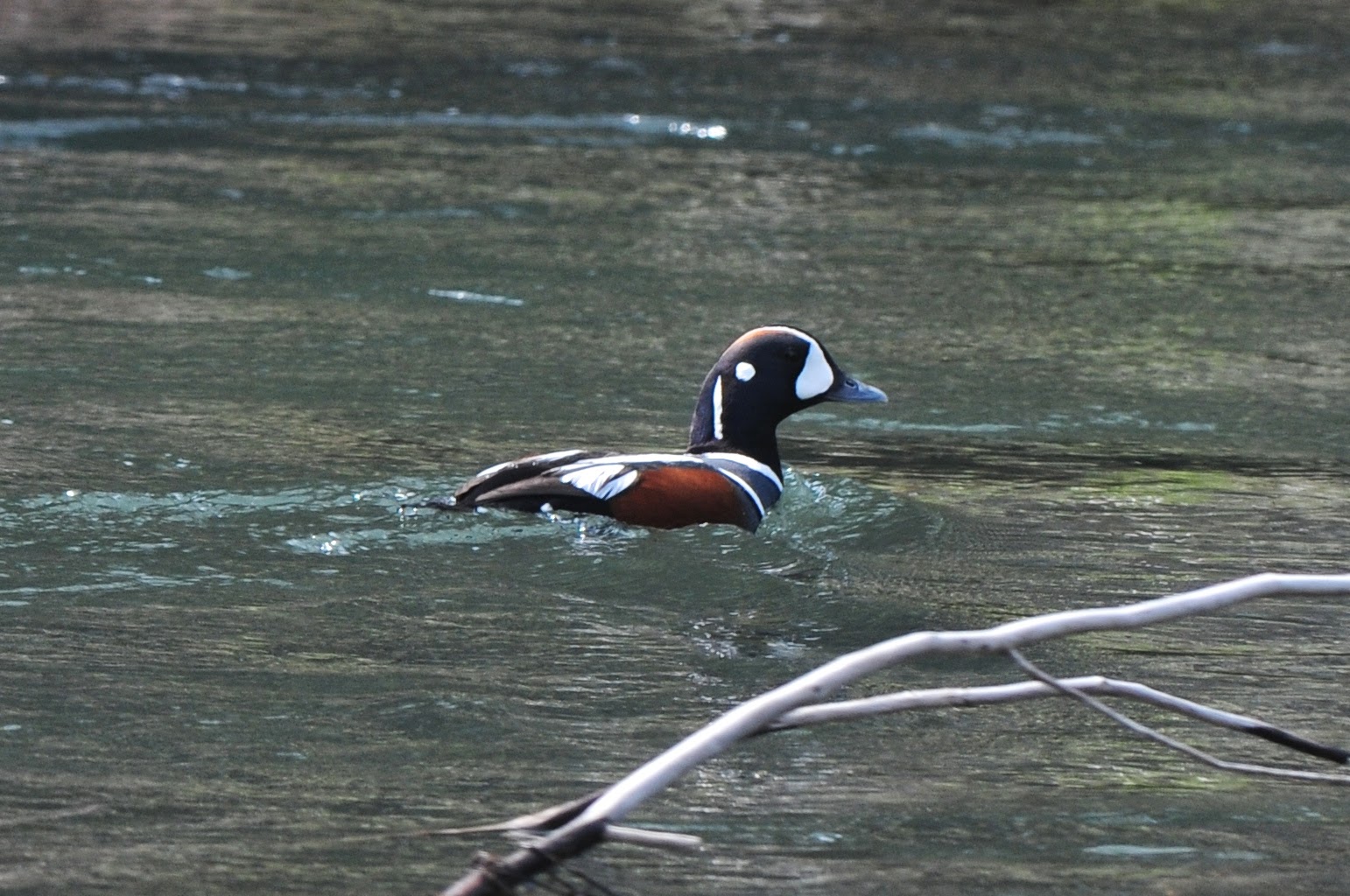 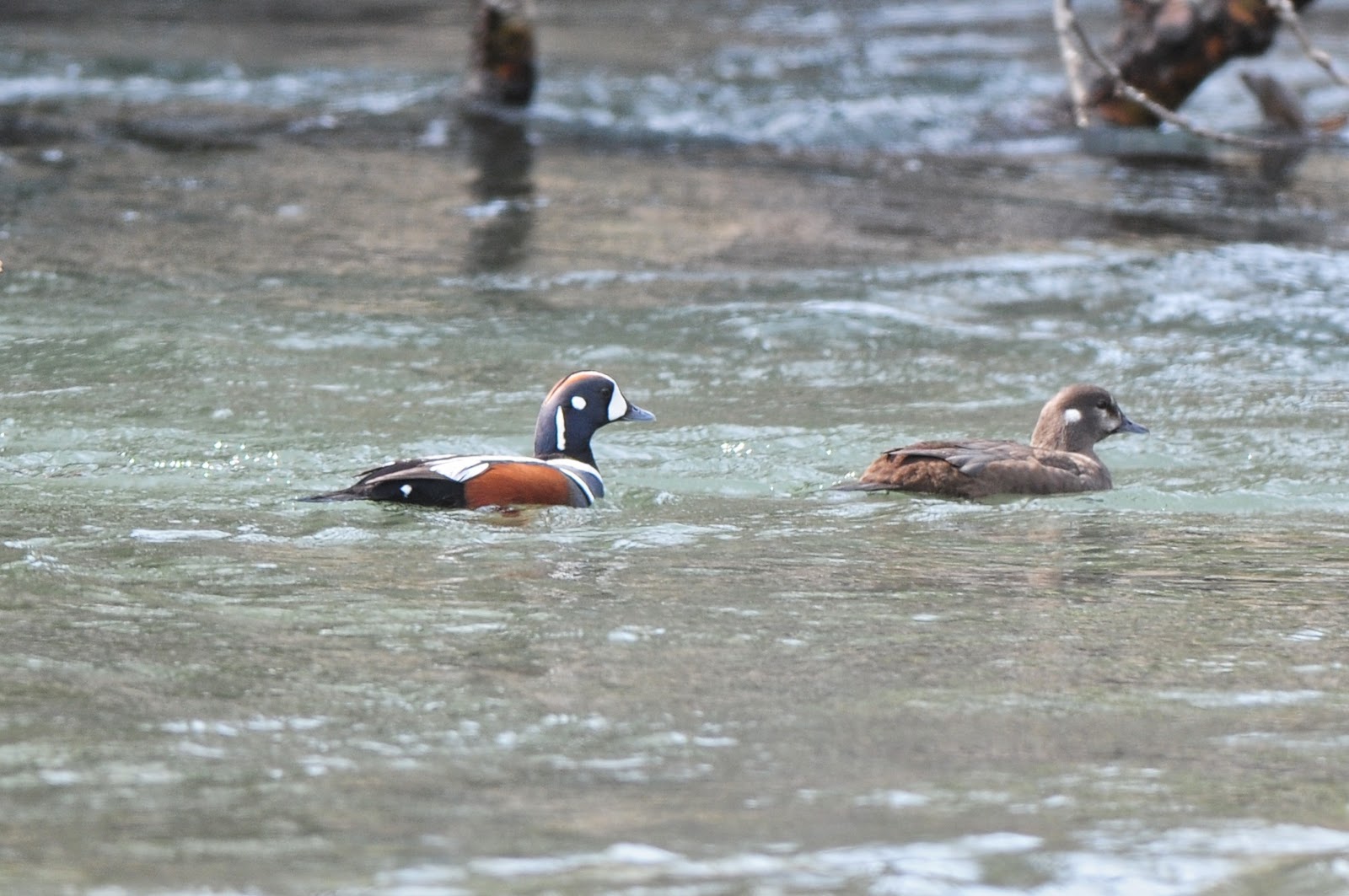 For all the hundreds of HADUs I've seen, I think these are the first I've seen actually in their river-dwelling breeding habitat.  Here's a pin showing the stream:

I bumped into this GREEN COMMA at a pull-off as well: 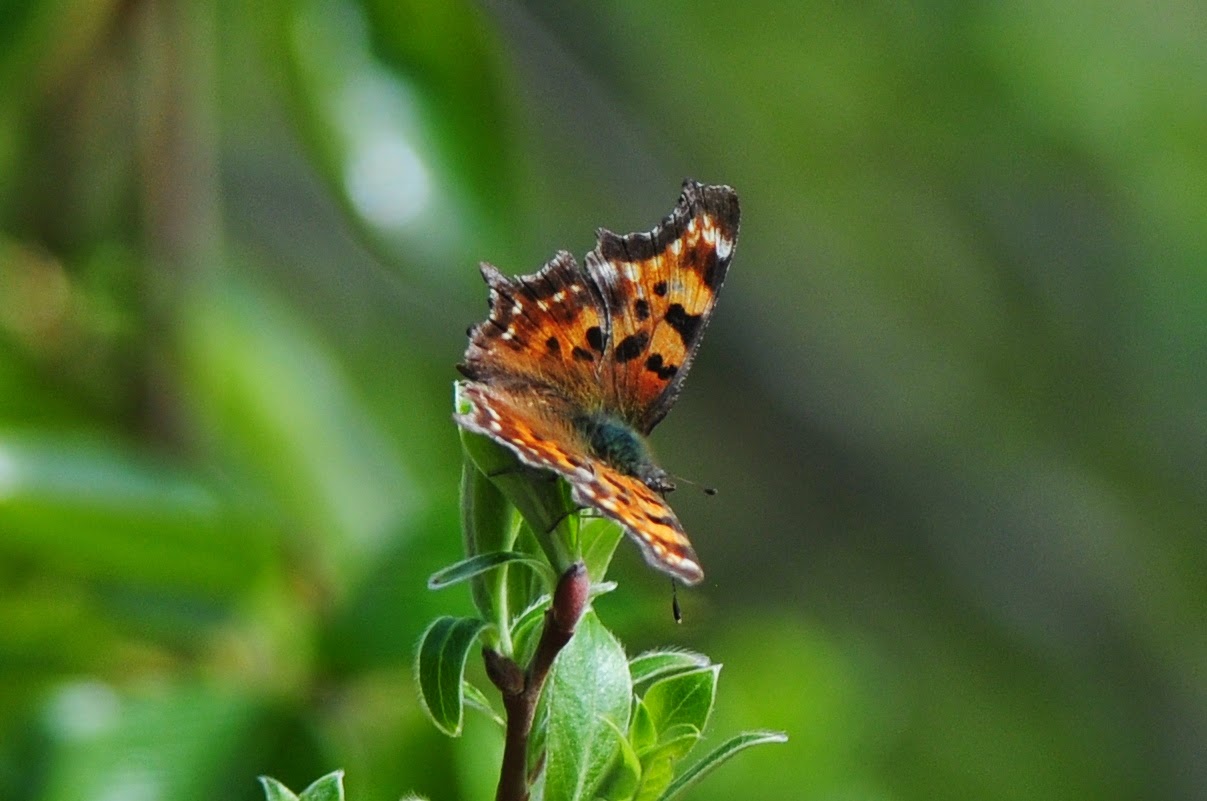 Interestingly, the range maps I've seen don't put this species on the Kenai Peninsula but who knows how accurate those maps are.  Or perhaps this sighting was noteworthy?  Either way, I'm not really sure.

Here's a pull-off I'd highly recommend.  It's by Tern Lake and yes, there were ~50 ARCTIC TERNS and many MEW GULLS breeding here: 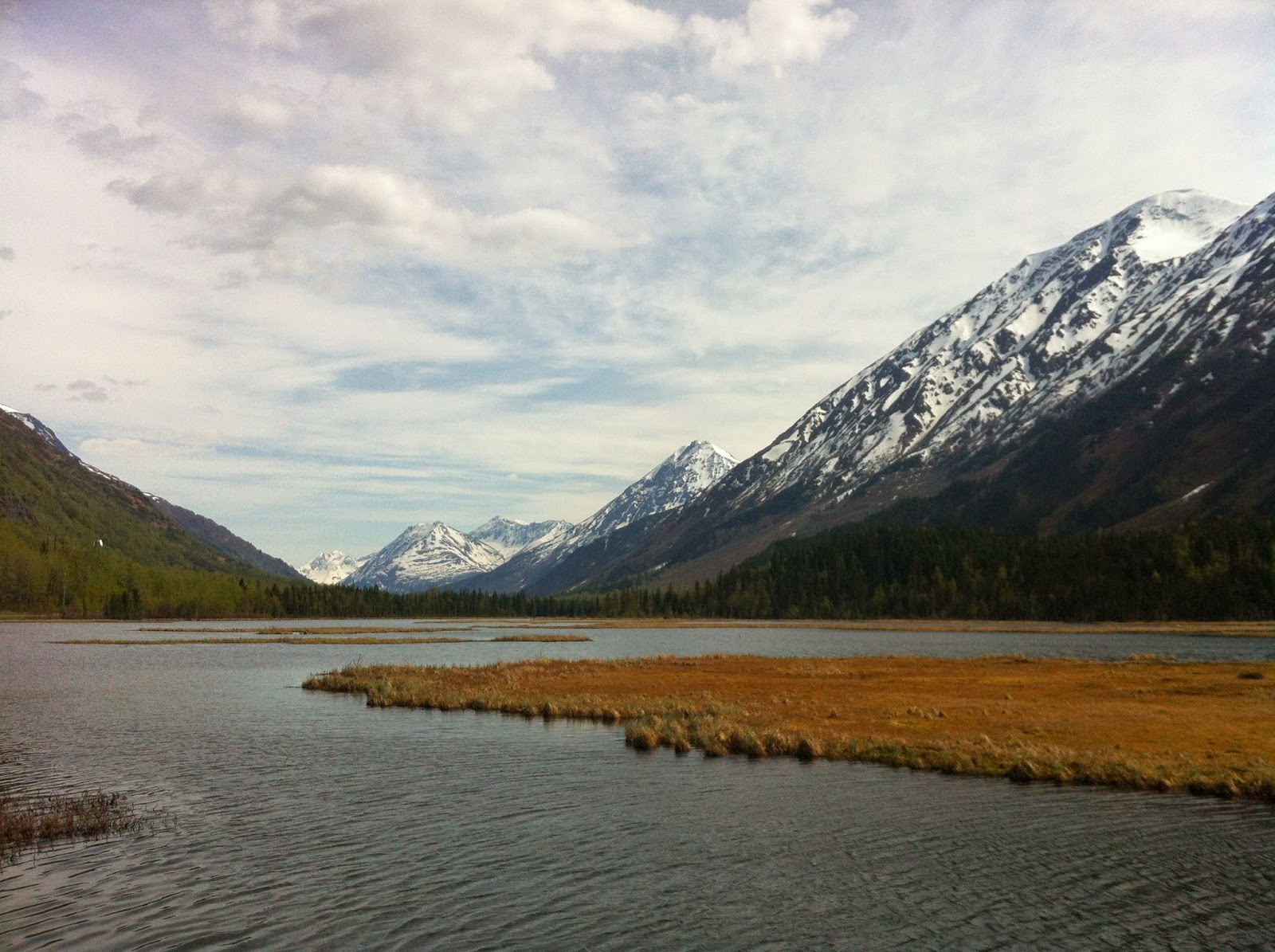 Back near Anchorage, I stopped briefly again at Potter Marsh... you know, for terns and such.  Here's an ARCTIC: 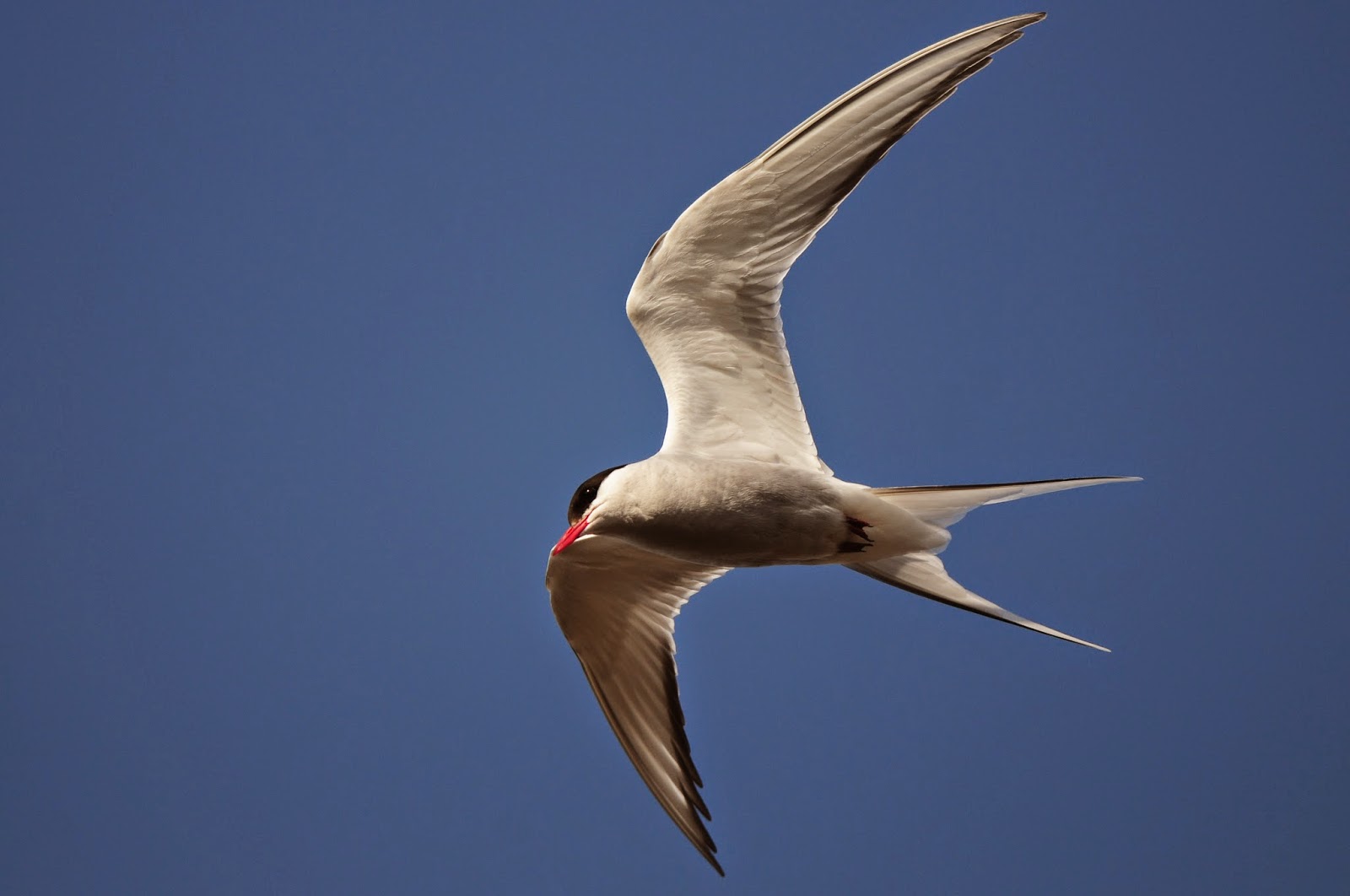