Although these last couple of posts haven't been filled with much verbosity, consider them to just be a photo dump of random shots from the last couple of days.  And hey, if you have questions about anything, shoot me an email or something.

First up, the most-uncommon alcid that breeds on the island is the CRESTED AUKLET: 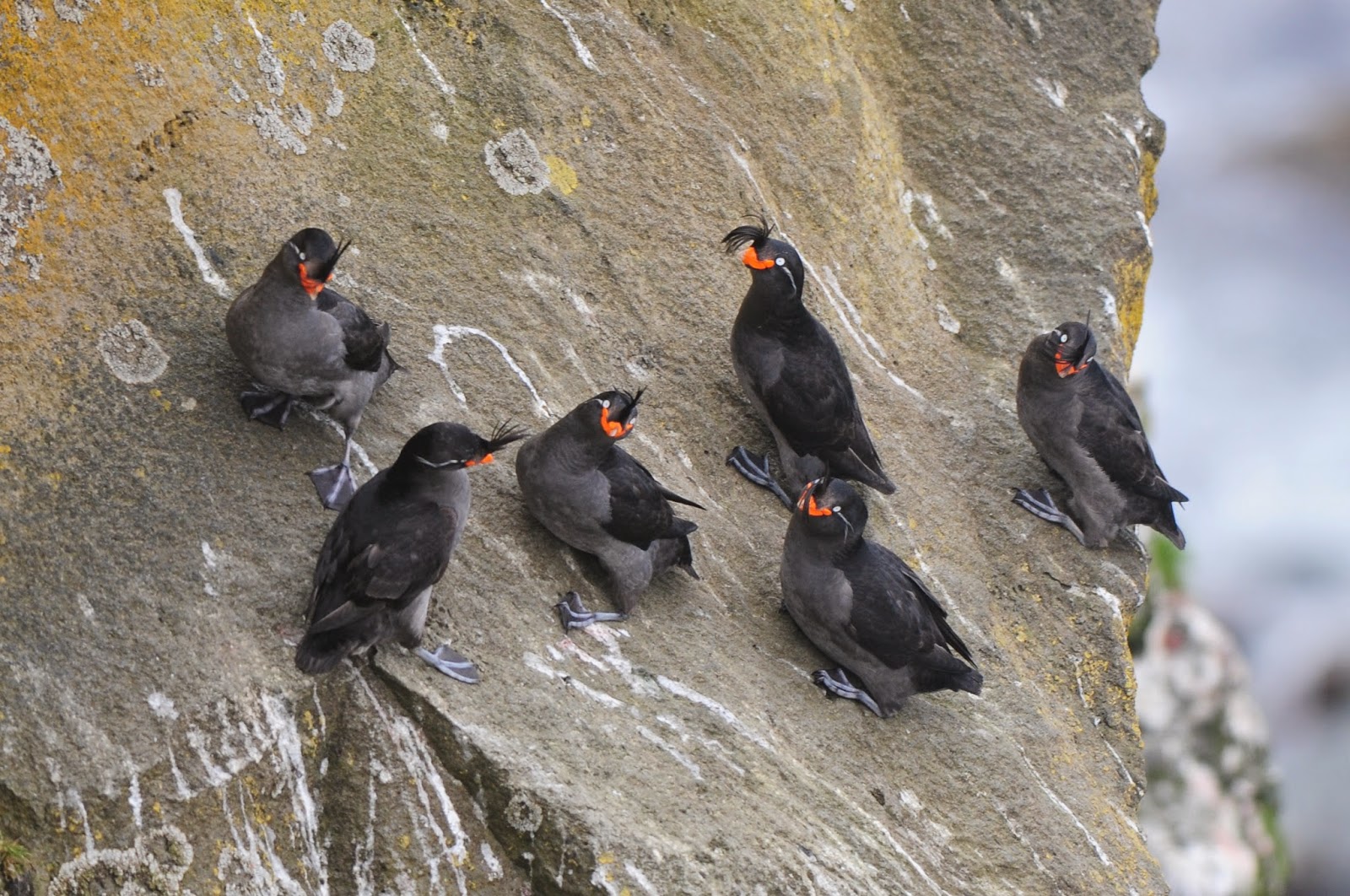 RED-LEGGED KITTIWAKES are greatly outnumbered on St. Paul by their black-legged relatives.  Here's one preening at a potential nest site: 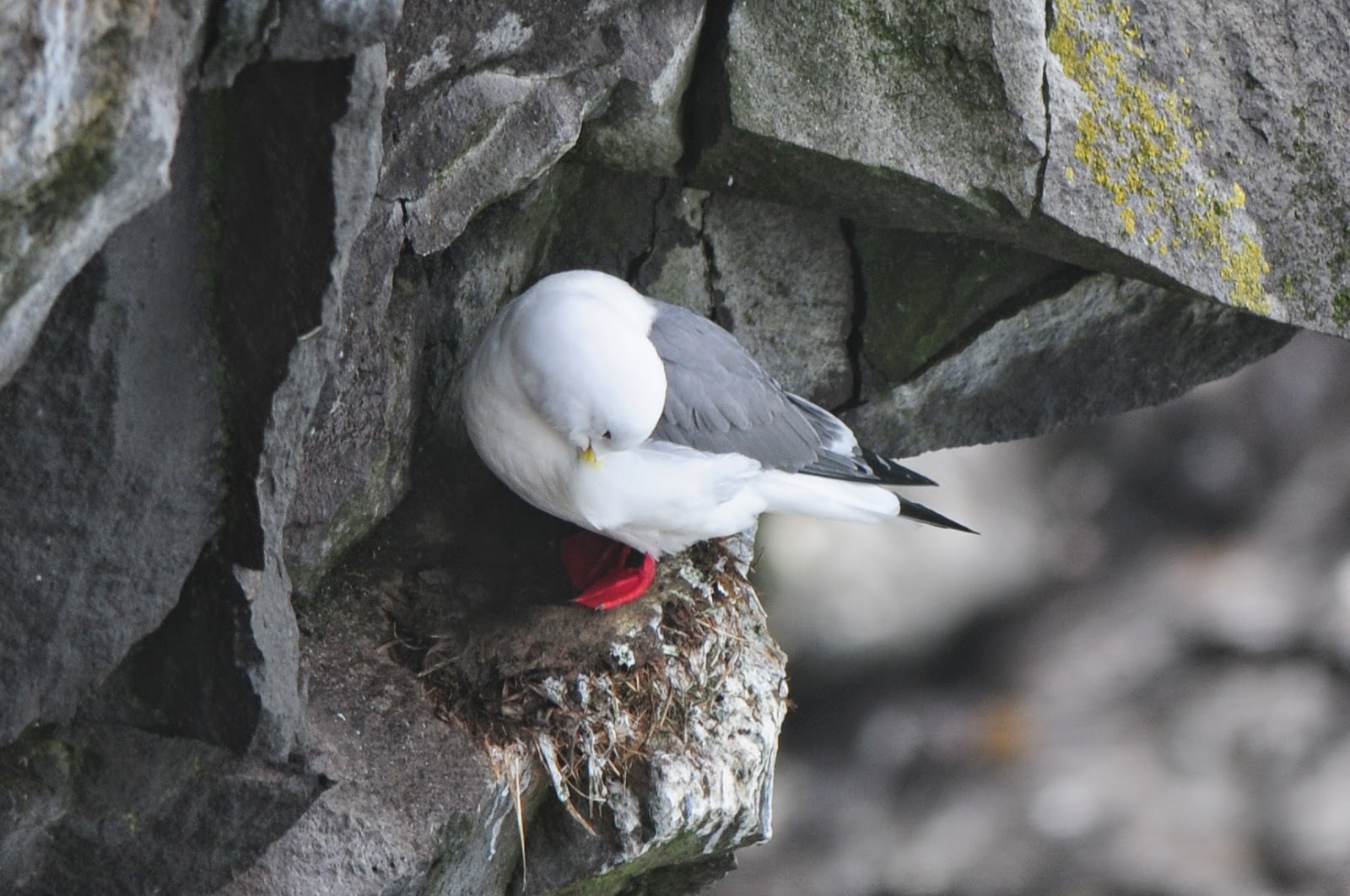 NORTHERN FULMARS are fairly common breeders on the island.  Light-morphs are the most expected but I see dark-morph birds frequently at SW Point.  Here are two light-morph birds: 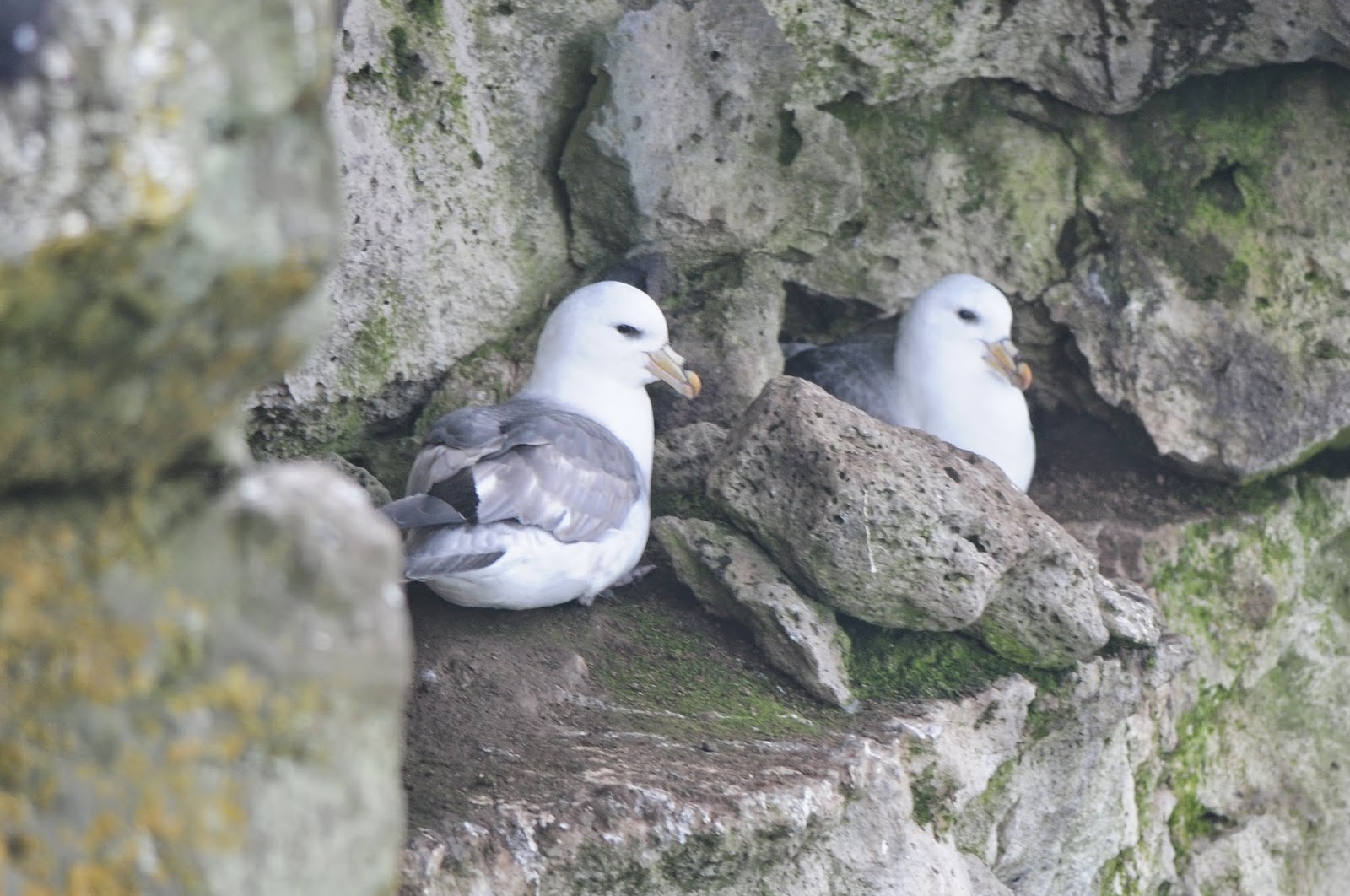 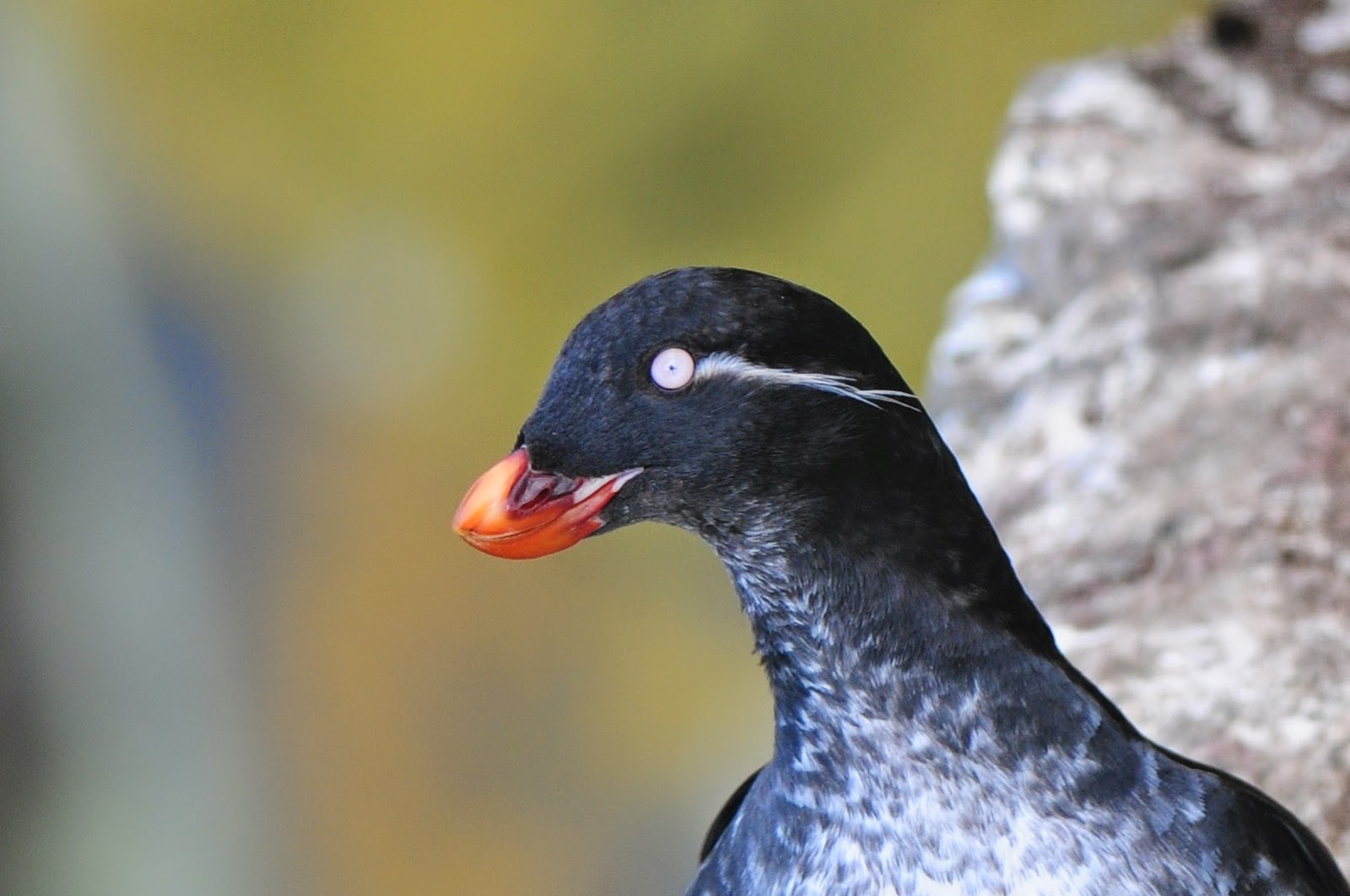 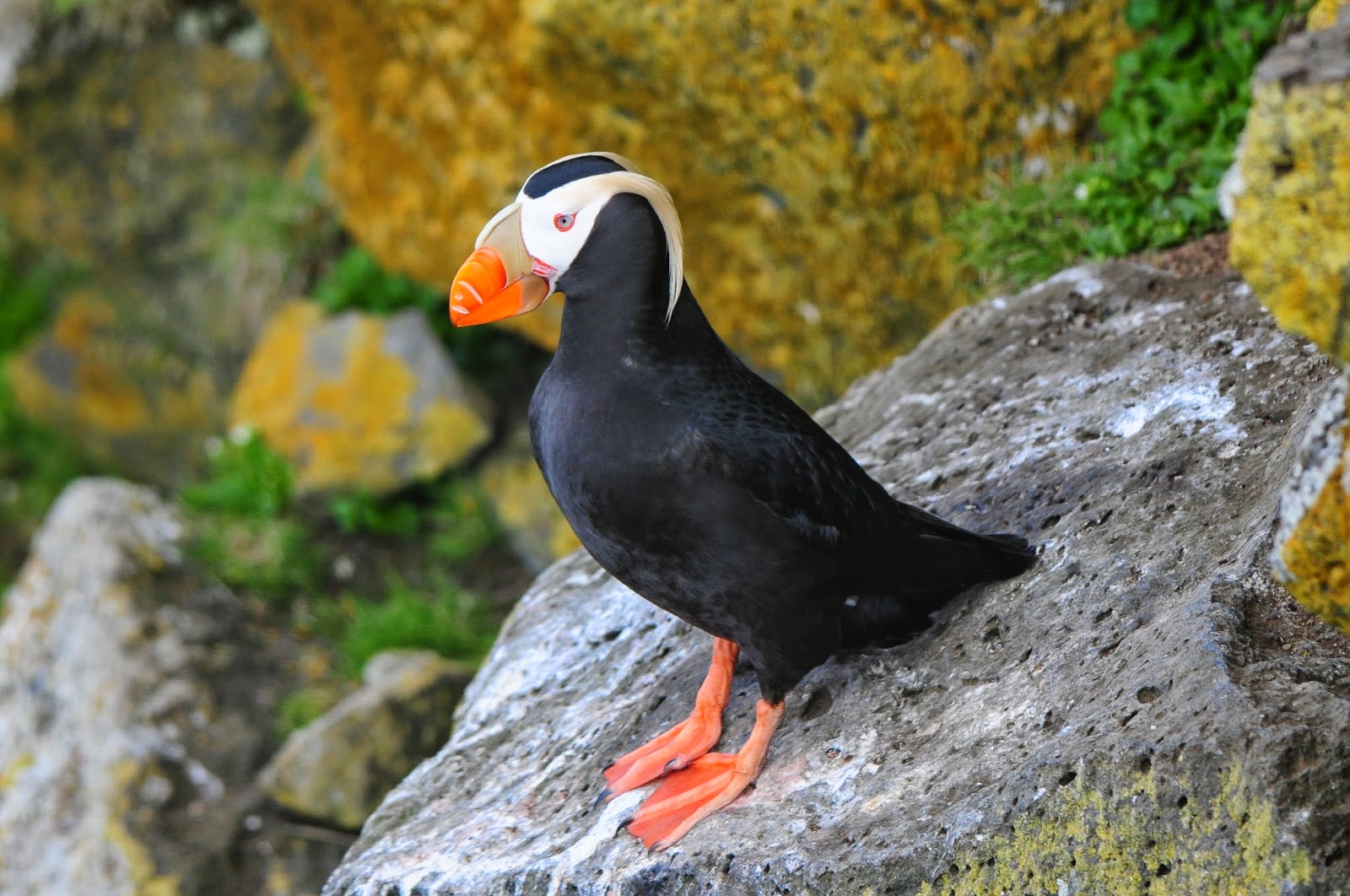 RED-NECKED PHALAROPES are abundant these days; you'll see them on most ponds and lakes.  Here's a bright female: 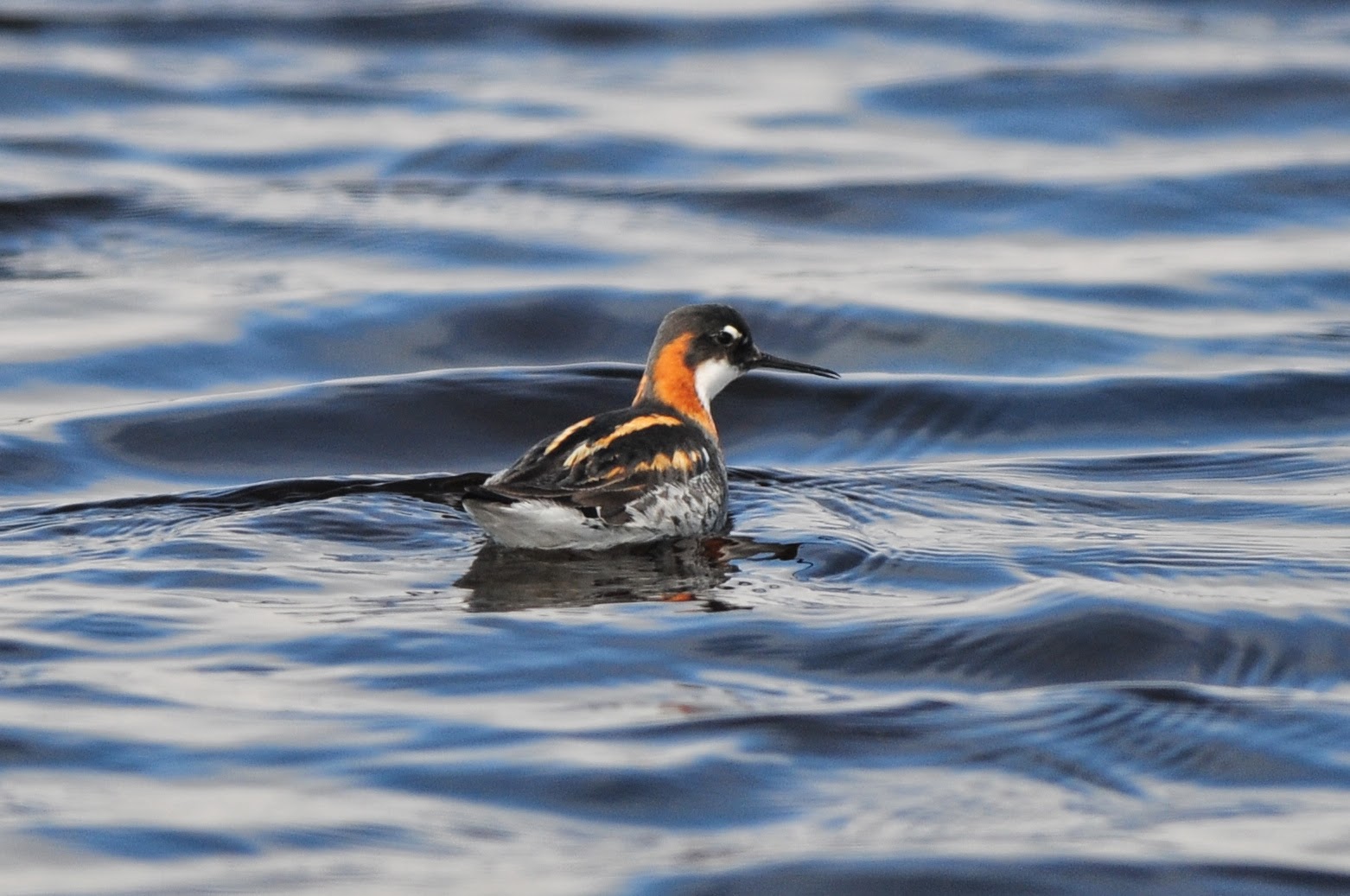 ANCIENT MURRELETS are pretty uncommon here but the harbor seems to be the place to find them so far: 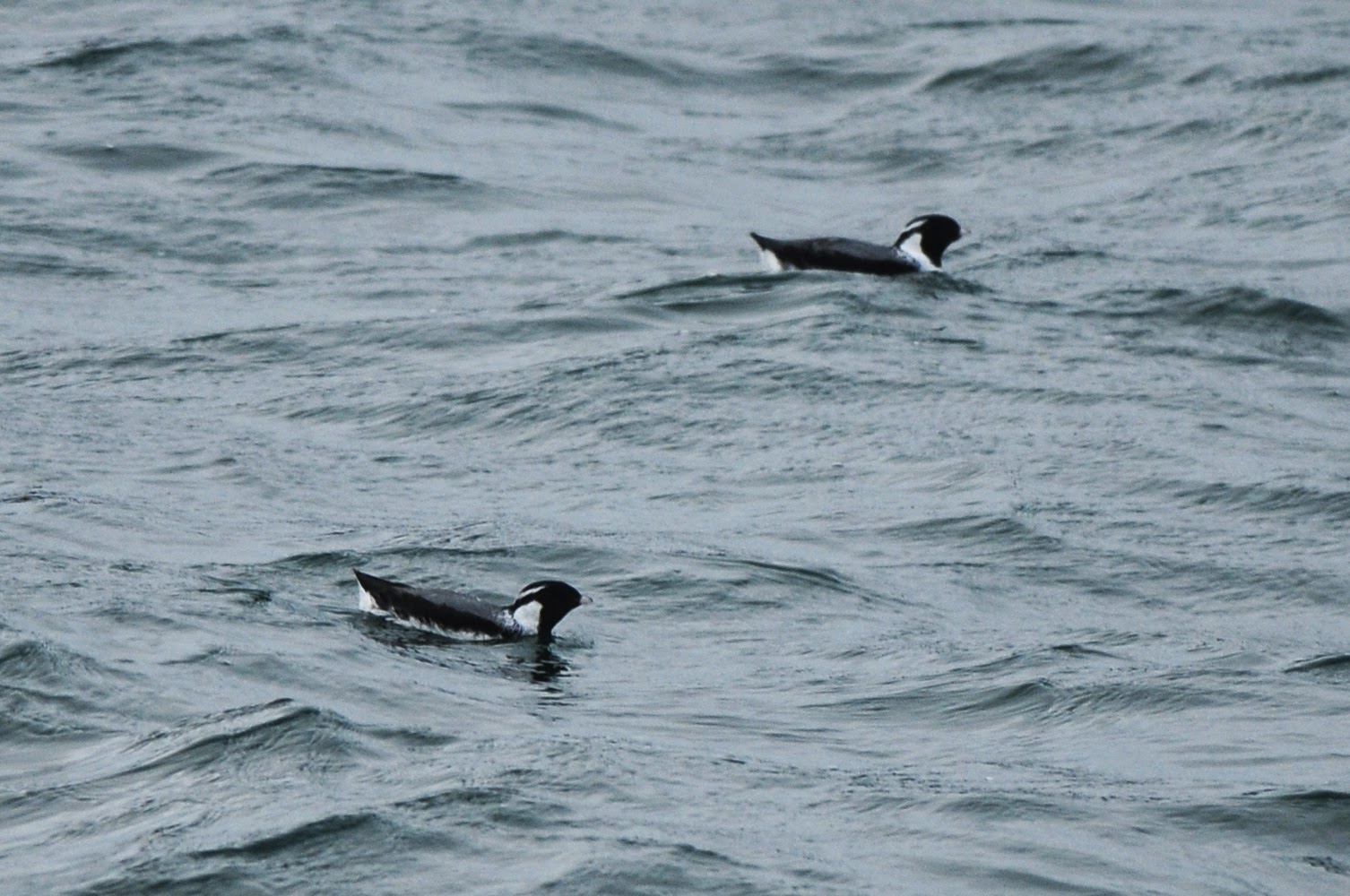 A pretty rare bird for us, this is the American (Whistling) race of TUNDRA SWAN that has been present here for at least the last 11 days: 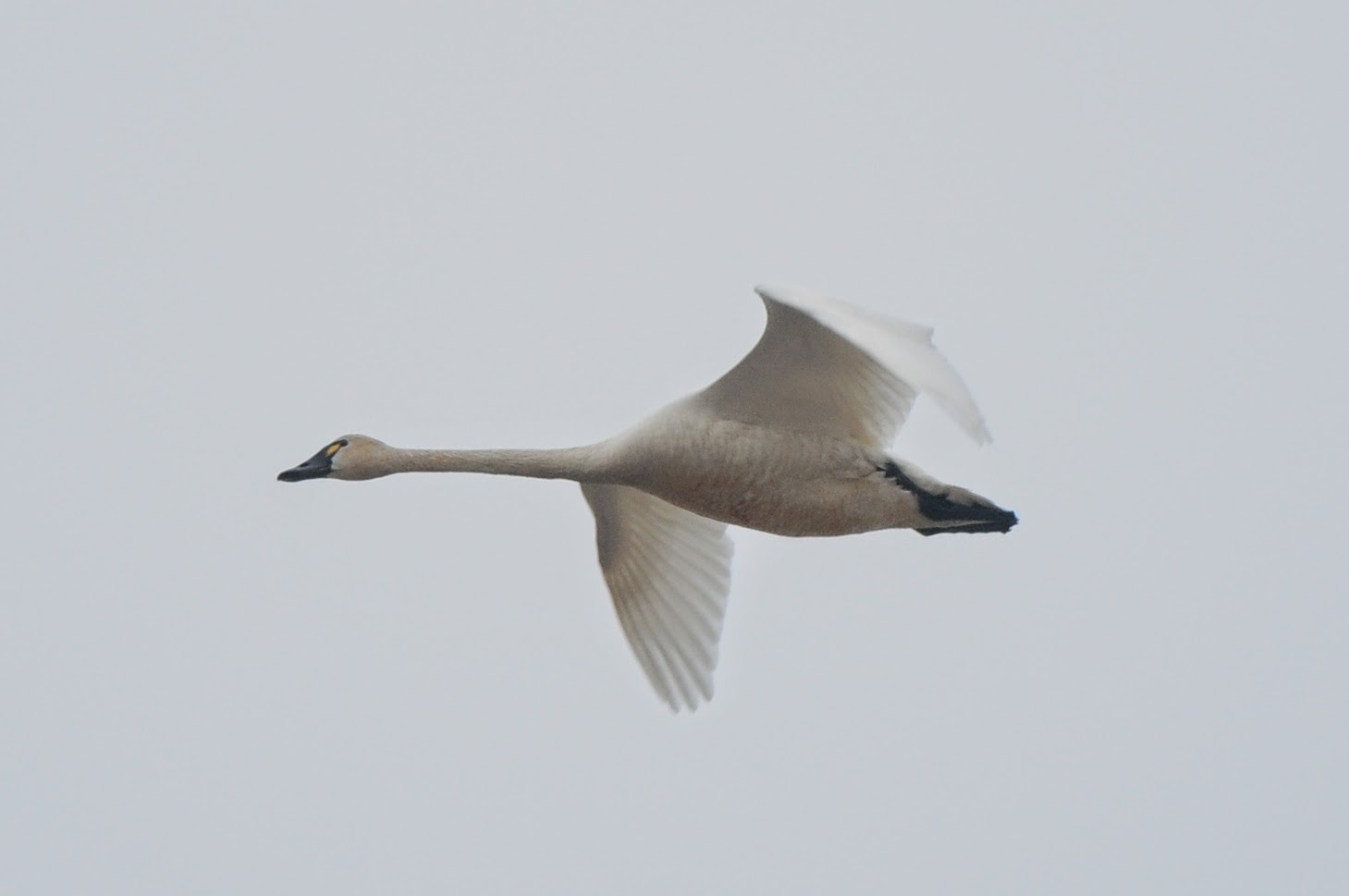 Saddest picture ever?  Yes, I think so.  I promise I wasn't beating this poor creature, I just startled it.  It's an ARCTIC FOX, btw: 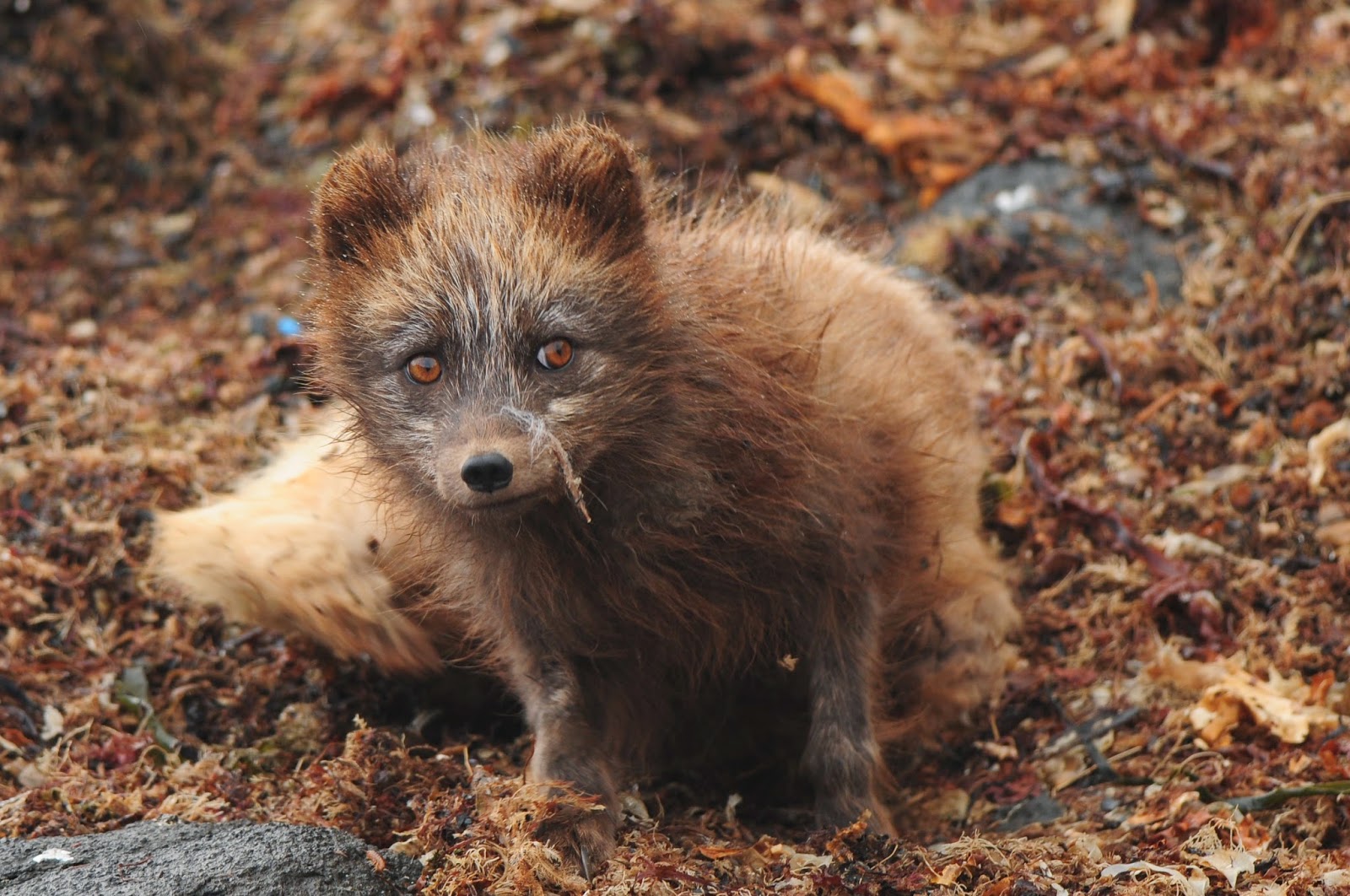 We have a herd of REINDEER on the island as well, in case you were wondering.  Nice rack... 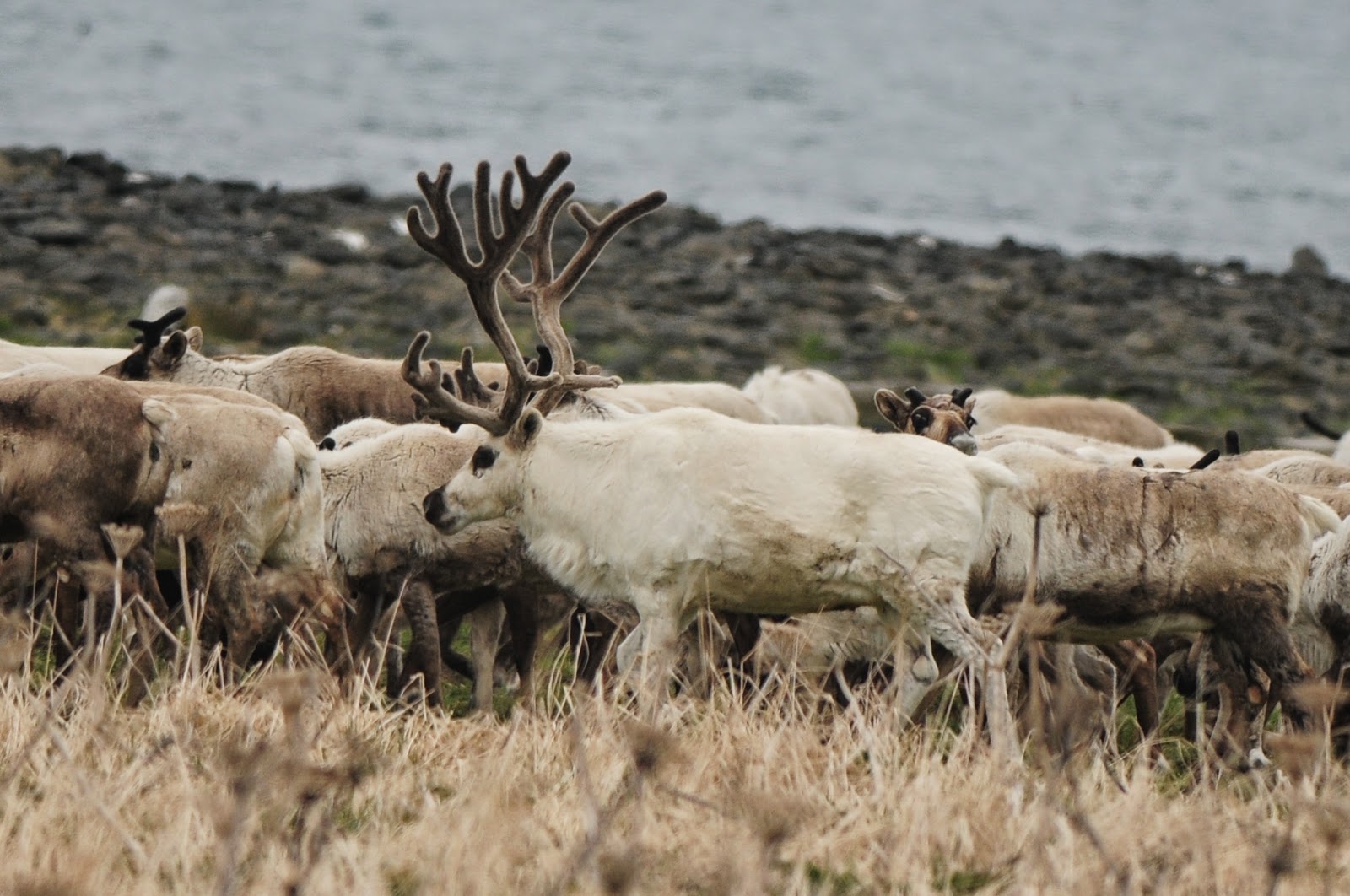 Ahh, the enormous Ptilocnemis race of ROCK SANDPIPER also happens to be the nominate subspecies.  Also, they seemingly spend 80% of their day bathing for some reason.  I've never seen anything like it. 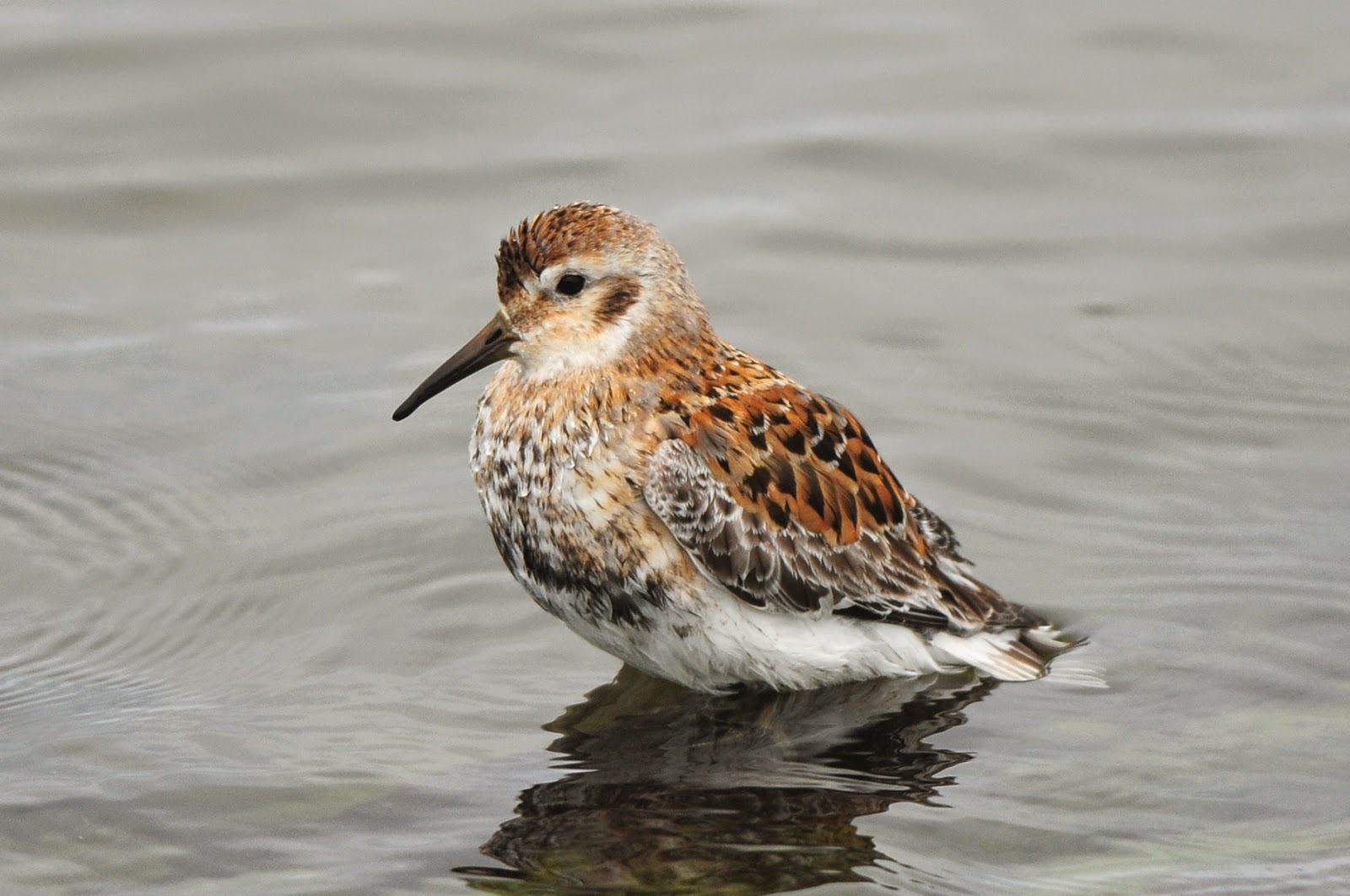 On St. Paul, the Eurasian race of GREEN-WINGED TEAL is actually the more abundant one.  Here's a double-shot for all the crecca addicts: 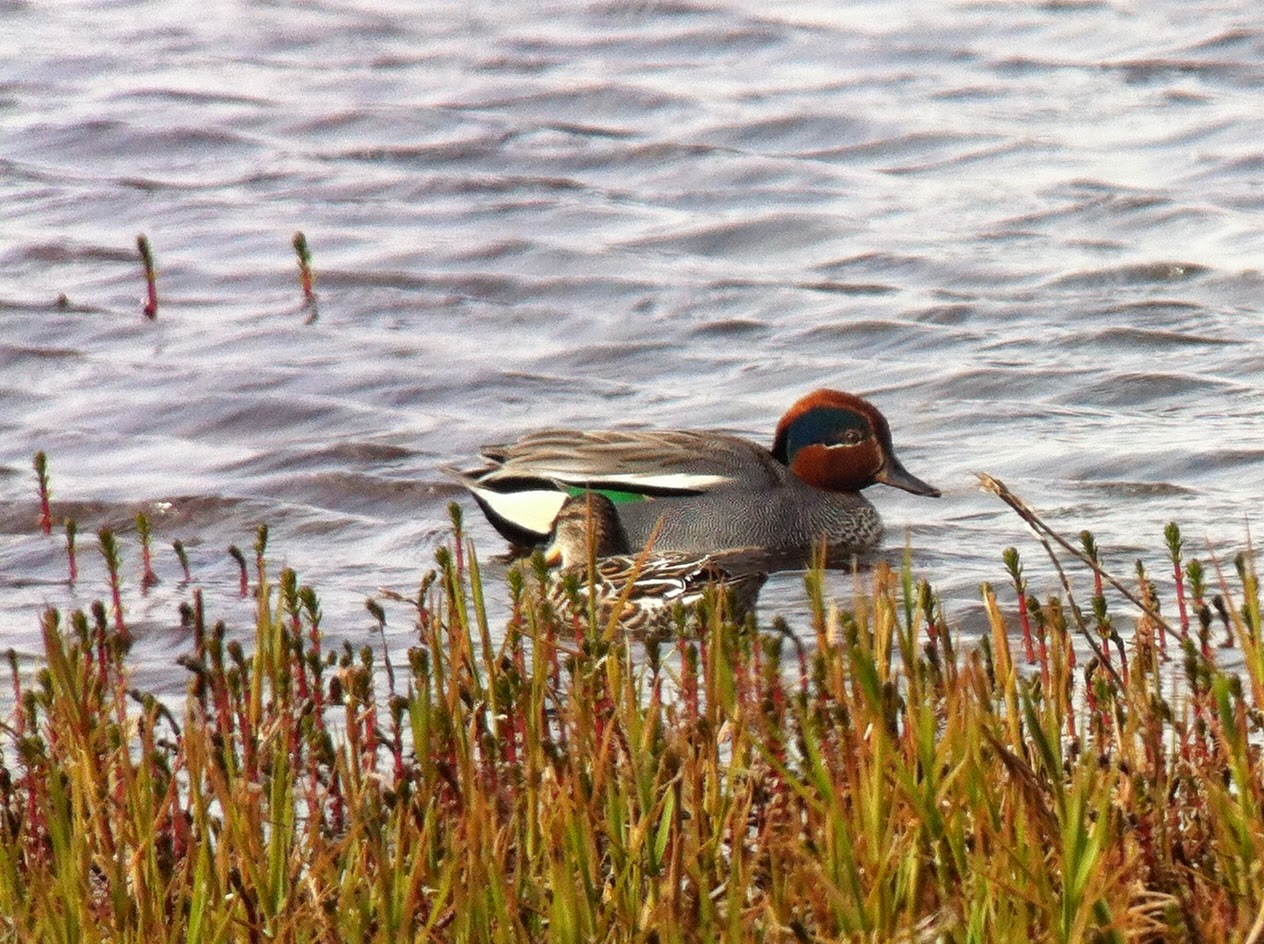 I honestly don't recall exactly where on the island this was but the RED-LEGGED KITTIWAKE action was still pleasant to behold: 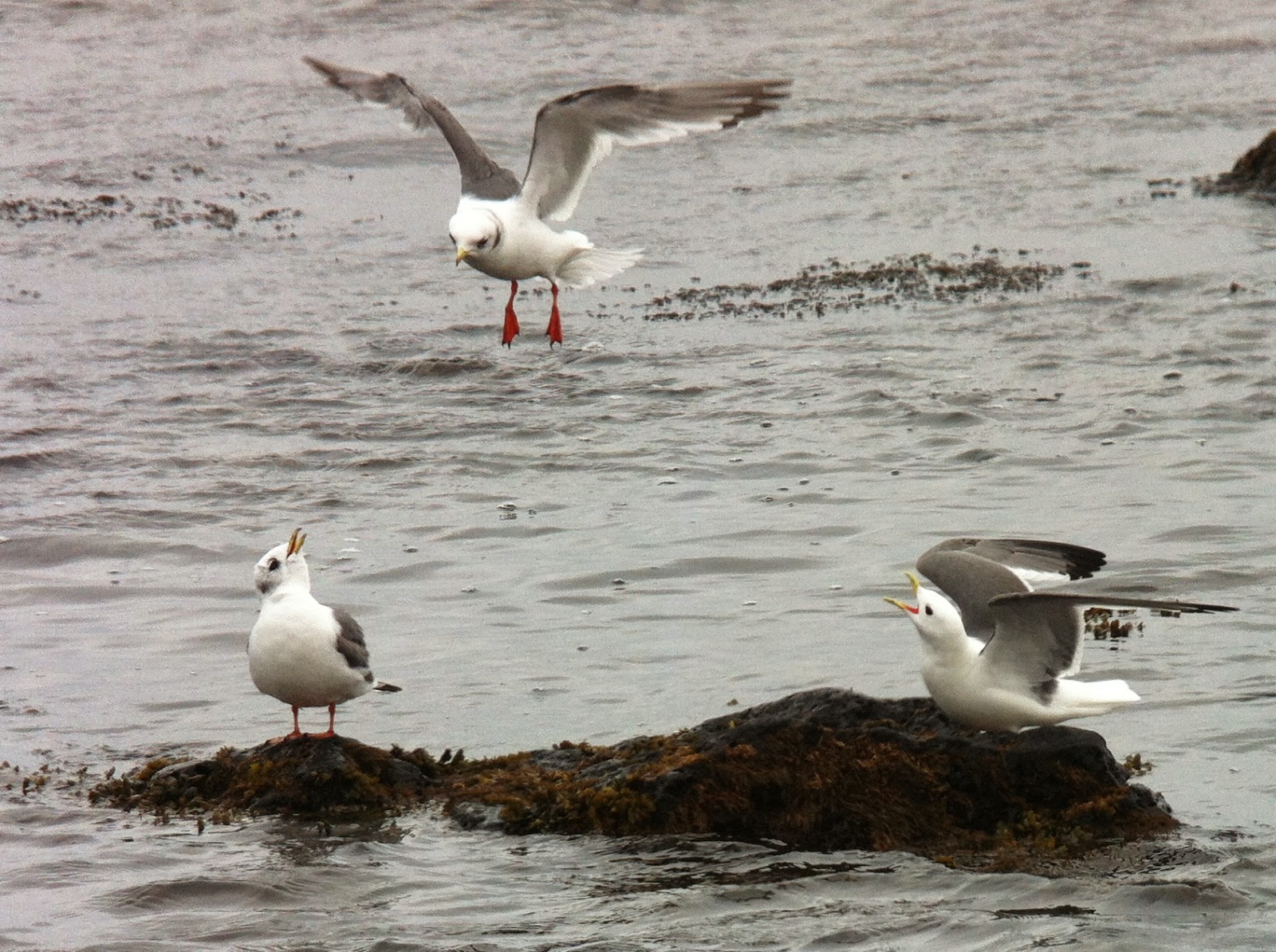 Oh yeah, this BARROW'S GOLDENEYE mixed with Common Goldeneyes was about the 8th record for the Pribilofs: 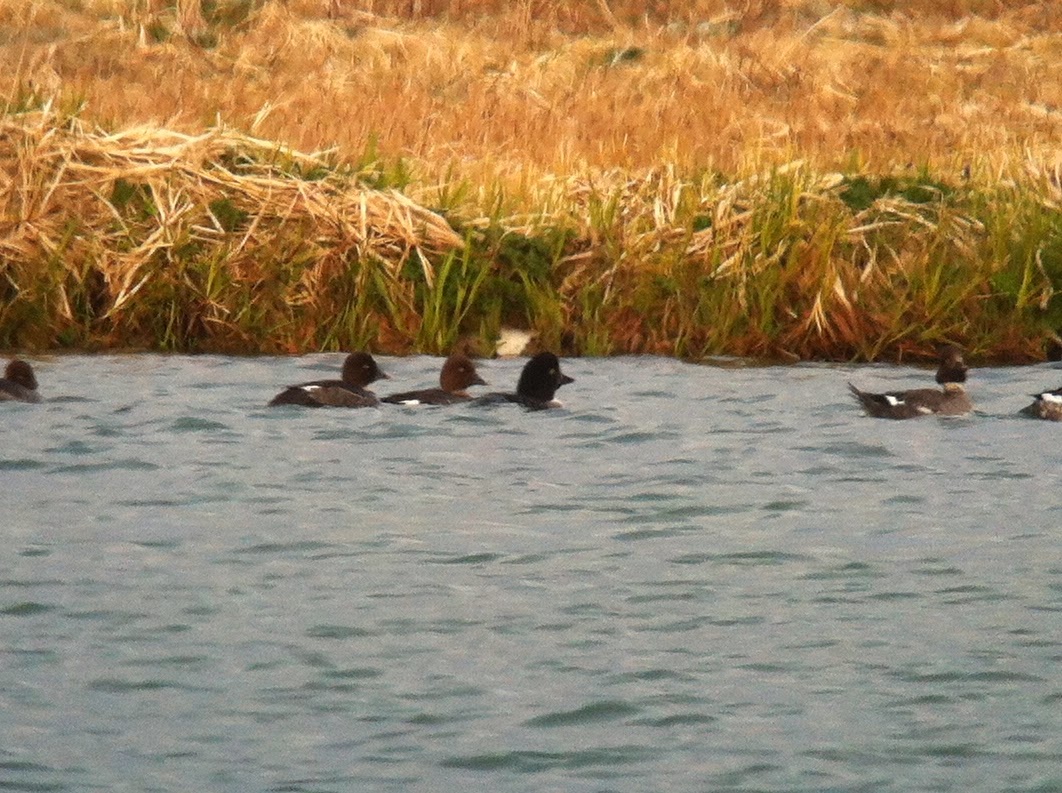 Another cool subspecies flew into the Salt Lagoon late one night; this is the variegatus race of WHIMBREL.  I expect it's wings are drooped because it spent multiple days in flight to reach here (exhausted shorbs do this sometimes): 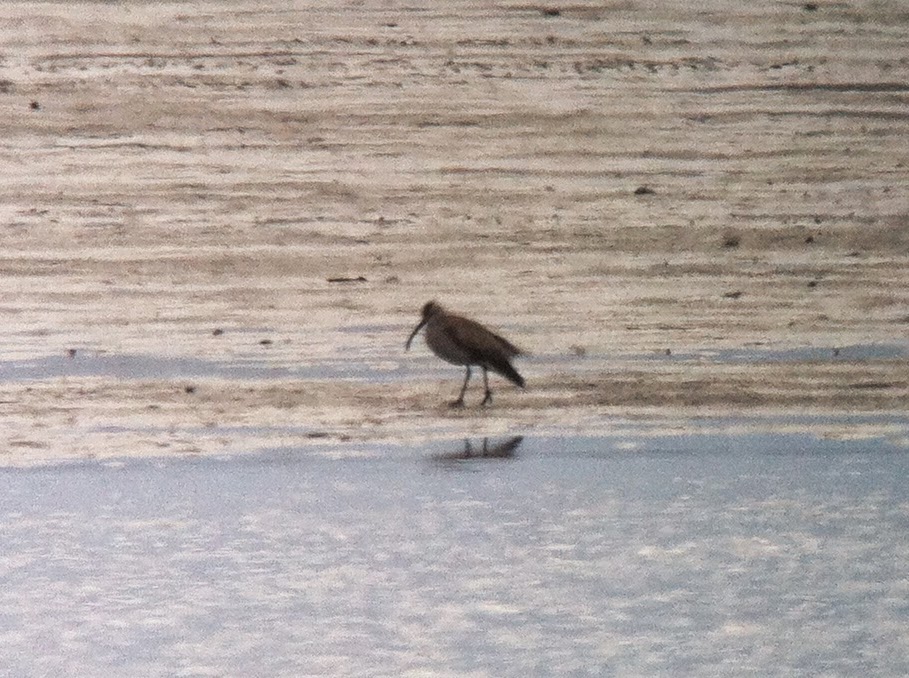