The NORTHERN FUR SEAL is actually one of the main reasons the US purchased Alaska from Russia back in 1867.  See, the US government was seriously interested in the fur coat industry.  They purchased Alaska for 7.2 million dollars and then earned that much in fur seal skins sales in the next 20 years.  Regardless of the history, yesterday evening provided us with some great entertainment from the Reef Point seal blind.  For example, here’s a close up of a not-so-big male: 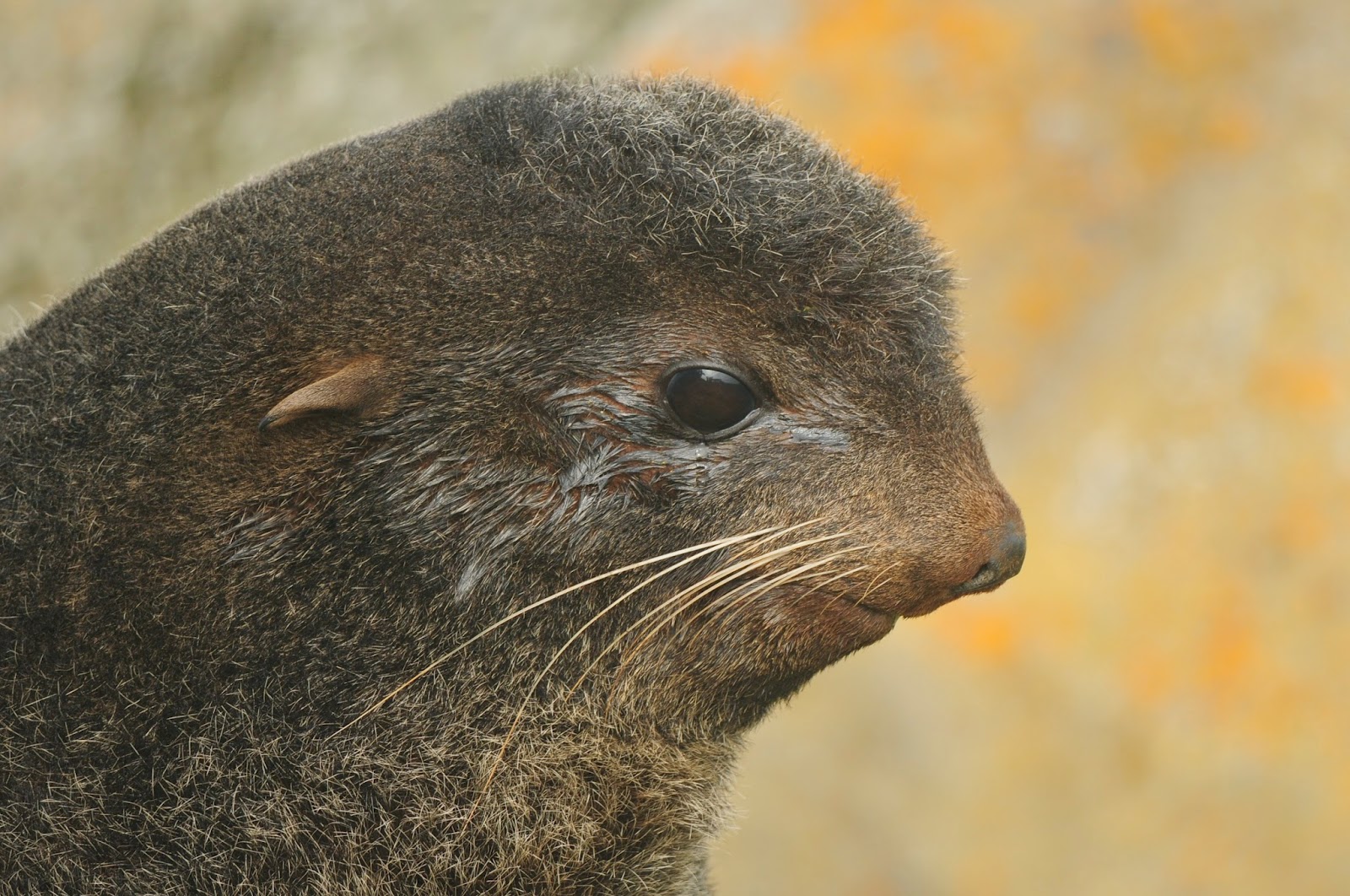 Someone needed to brush more as a youngster: 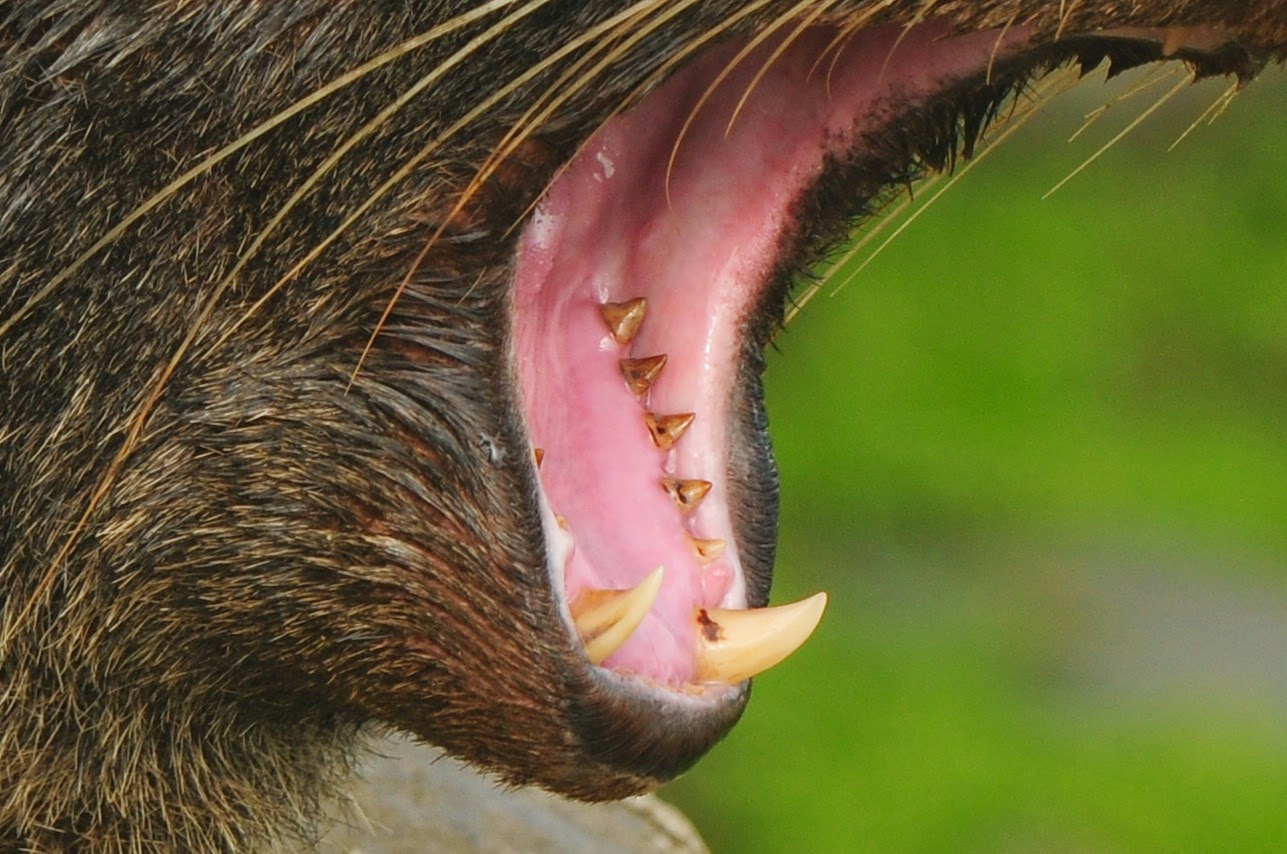 And their back flippers?  Yep, they have toenails: 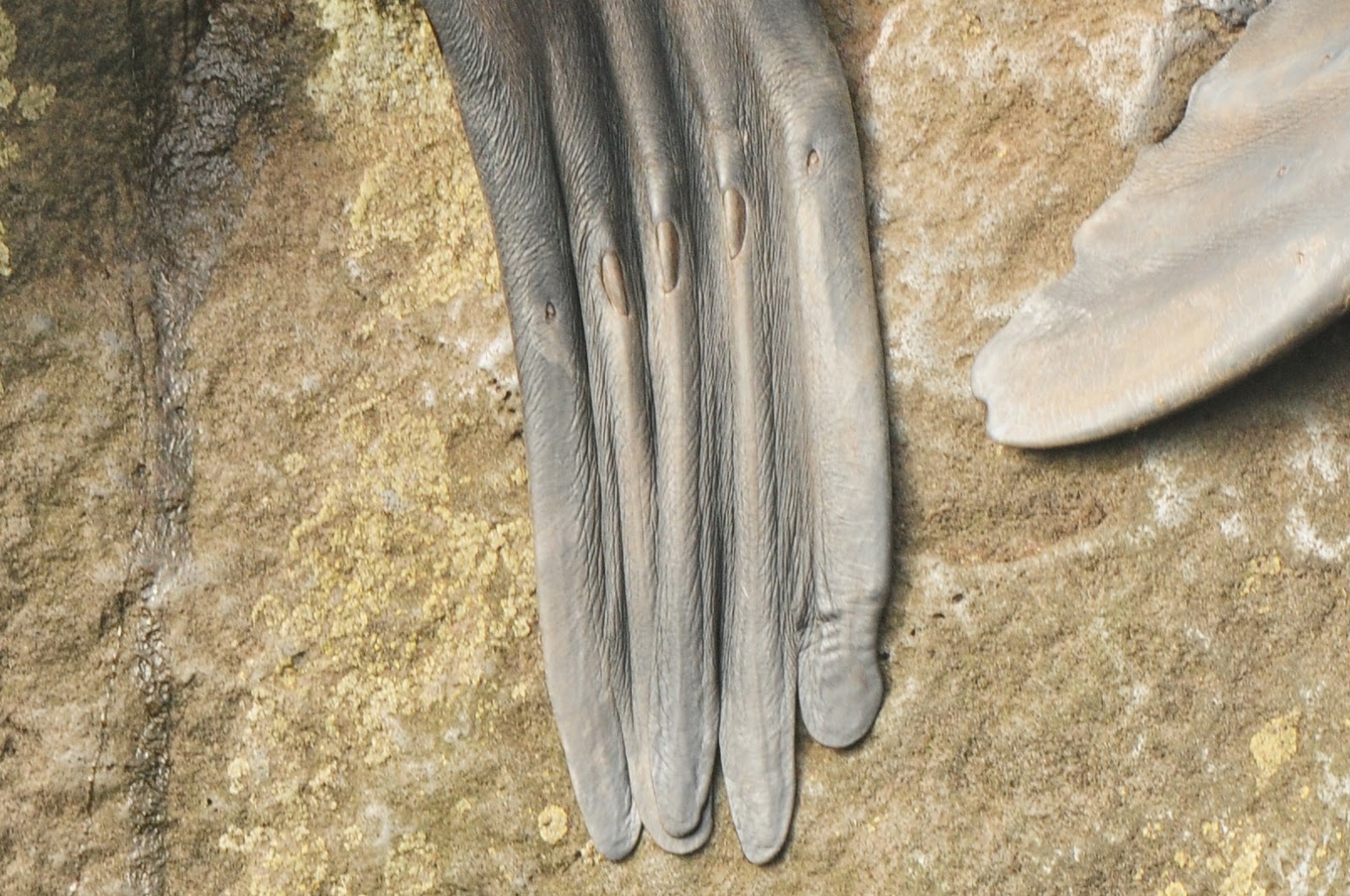 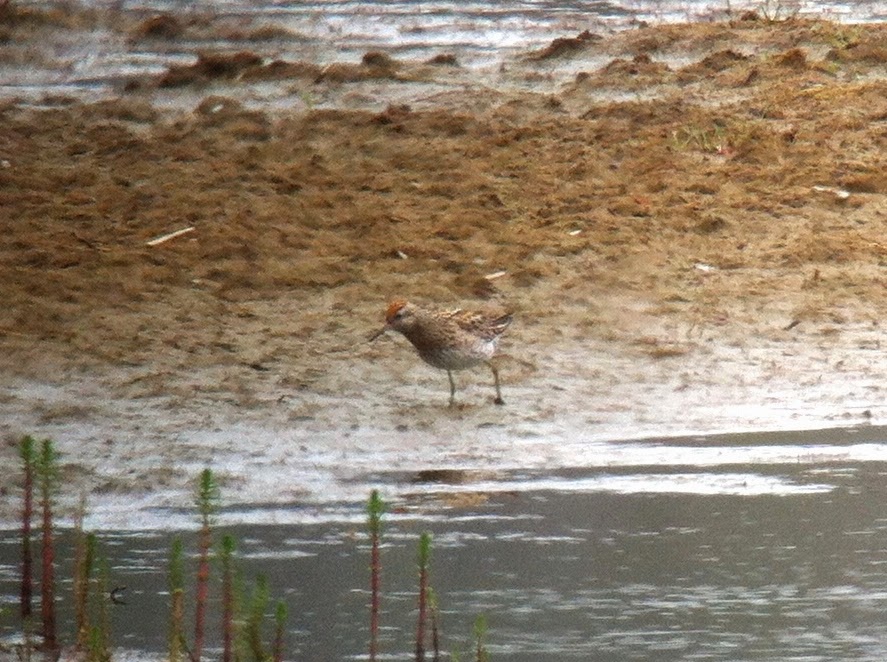 Sharp-tailed Sandpipers breed on boggy tundra in northeast Asia and so they're a nice rarity most places in North America (I've been lucky to see a few in California).  However, they're actually considered a common fall migrant here on St. Paul and other places in western Alaska (double-digit daily tallies are expected).  Additionally, most of them that show up are juveniles and they arrive later in the fall.  This adult is actually the earliest fall arrival on St. Paul Island by nearly 2 weeks.

A few minutes after that, an incredibly bright RED-NECKED STINT was found alongside the Sharp-tailed Sand!  Being a super-rufous individual, it was an easy bird to pick out.  If it’s still around later, I’ll try for pics.

Although the umbrina subspecies of GRAY-CROWNED ROSY-FINCH is rampantly abundant on the island, this might be one of my better pictures of one: 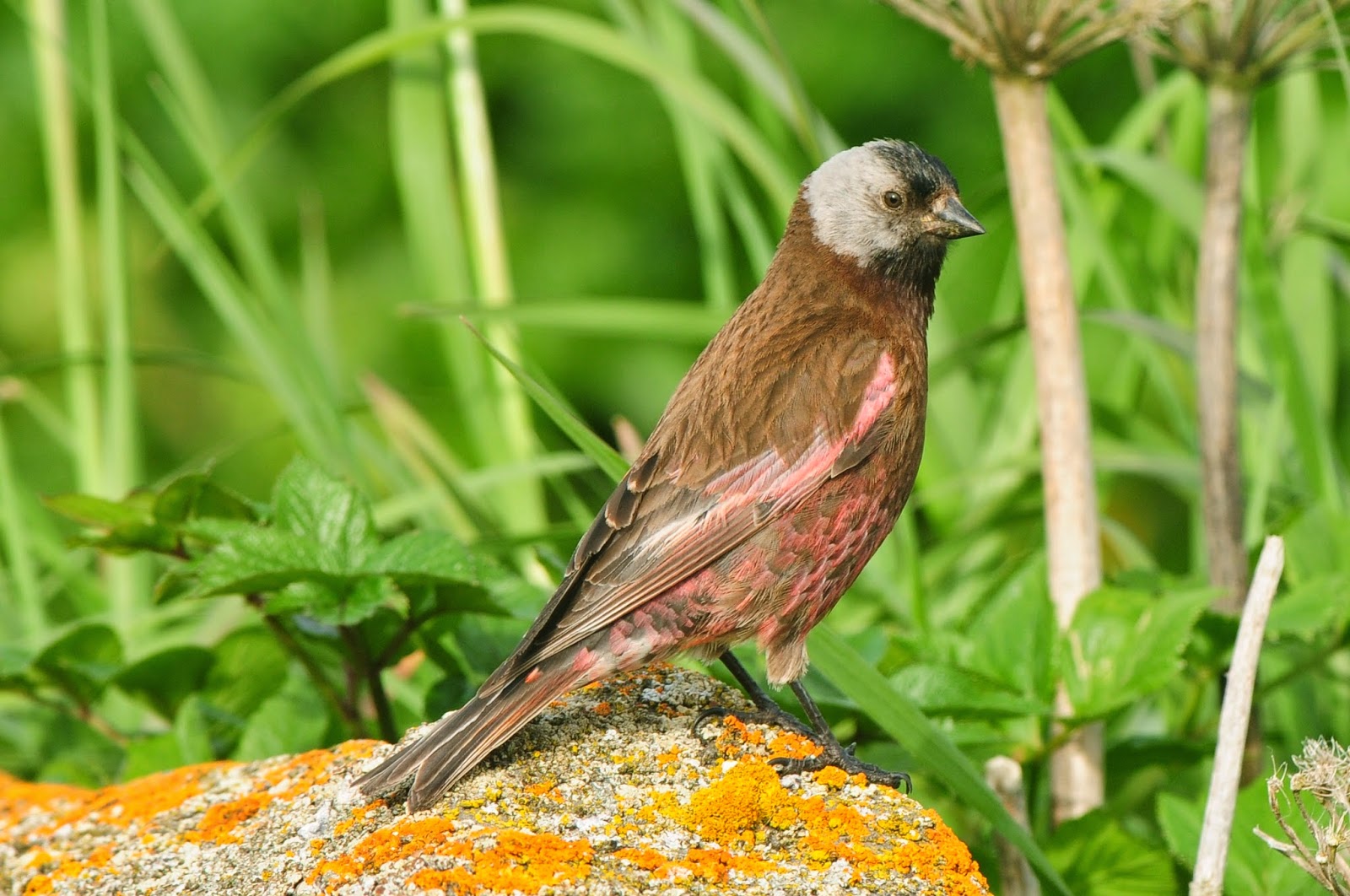 A pod of 5 KILLER WHALES (or whatever you want to call them) was offshore at Reef Point yesterday.  It was a nice calm evening and so it wasn’t hard to see the 3 females and 2 youngsters when they surfaced: 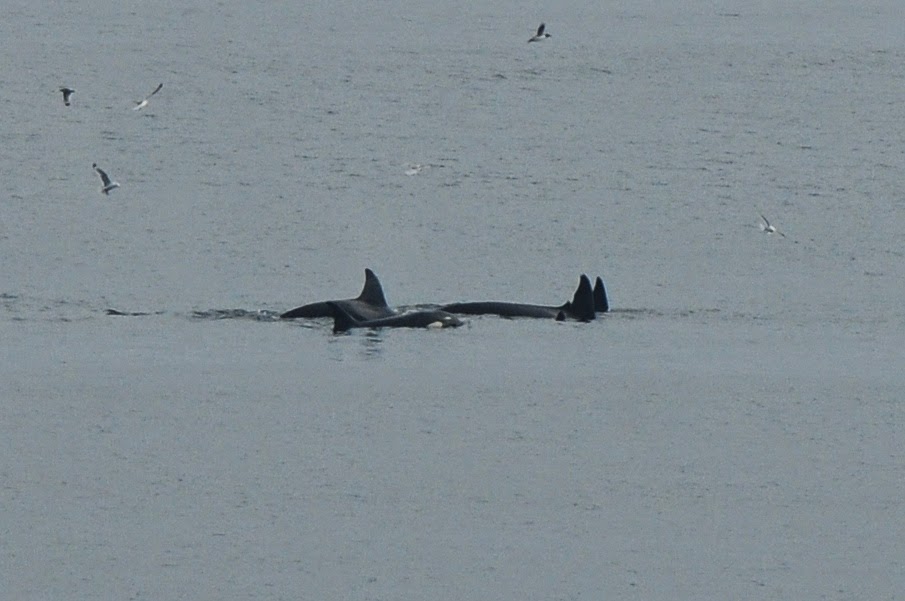 Ending with a flower, I saw this creeping plant out on the beach yesterday and instantly knew… that I didn’t know it.  Turns out, it’s my first BEACH BLUEBELLS: 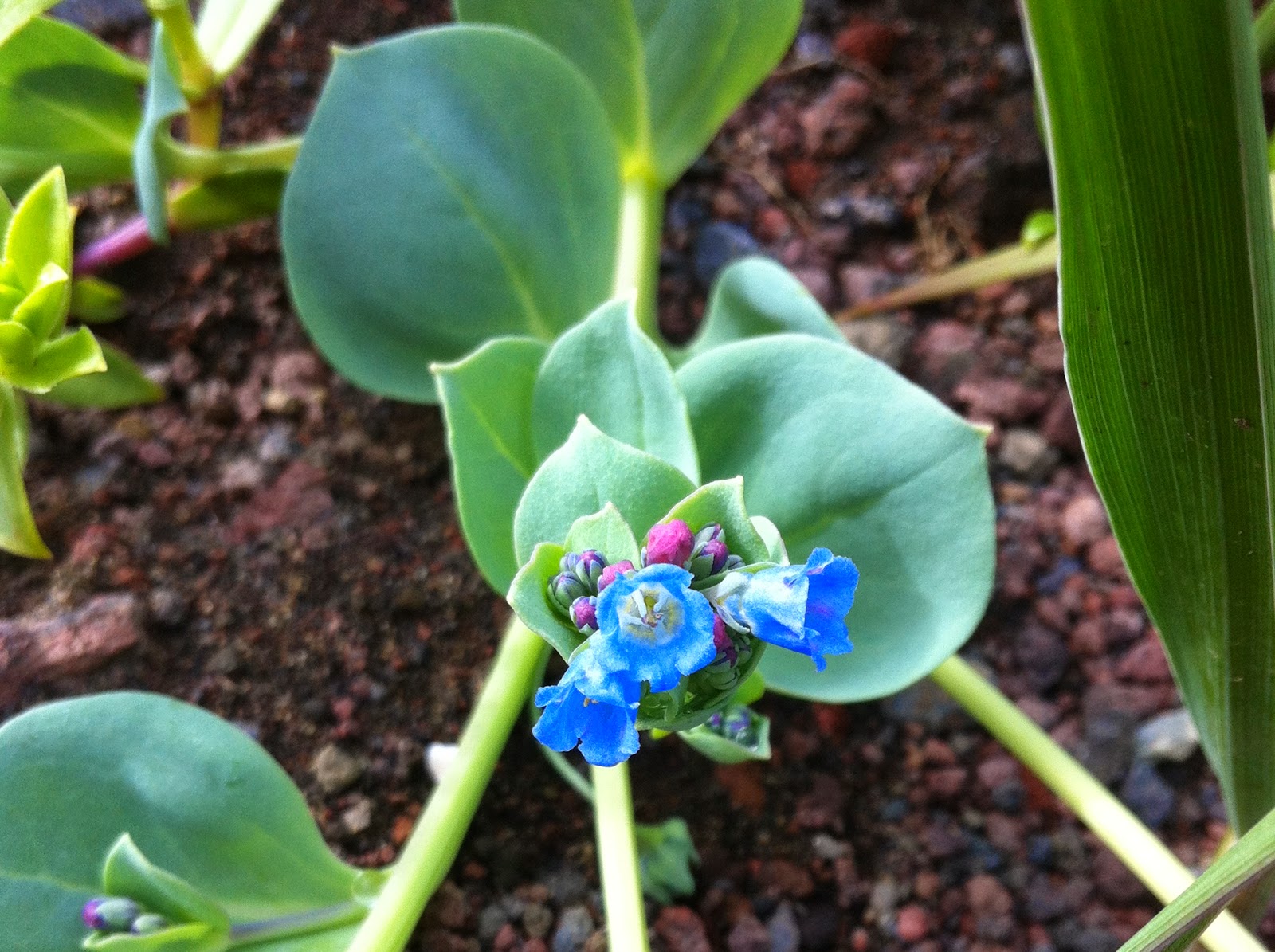