A check of the seal blind at Reef Point yielded a few COMMON REDPOLLS.  In fact, it was the second-largest Common Redpoll flock ever recorded here on St. Paul.  Here's one photo showing how a few of the 45 redpolls would perch up on the rocks: 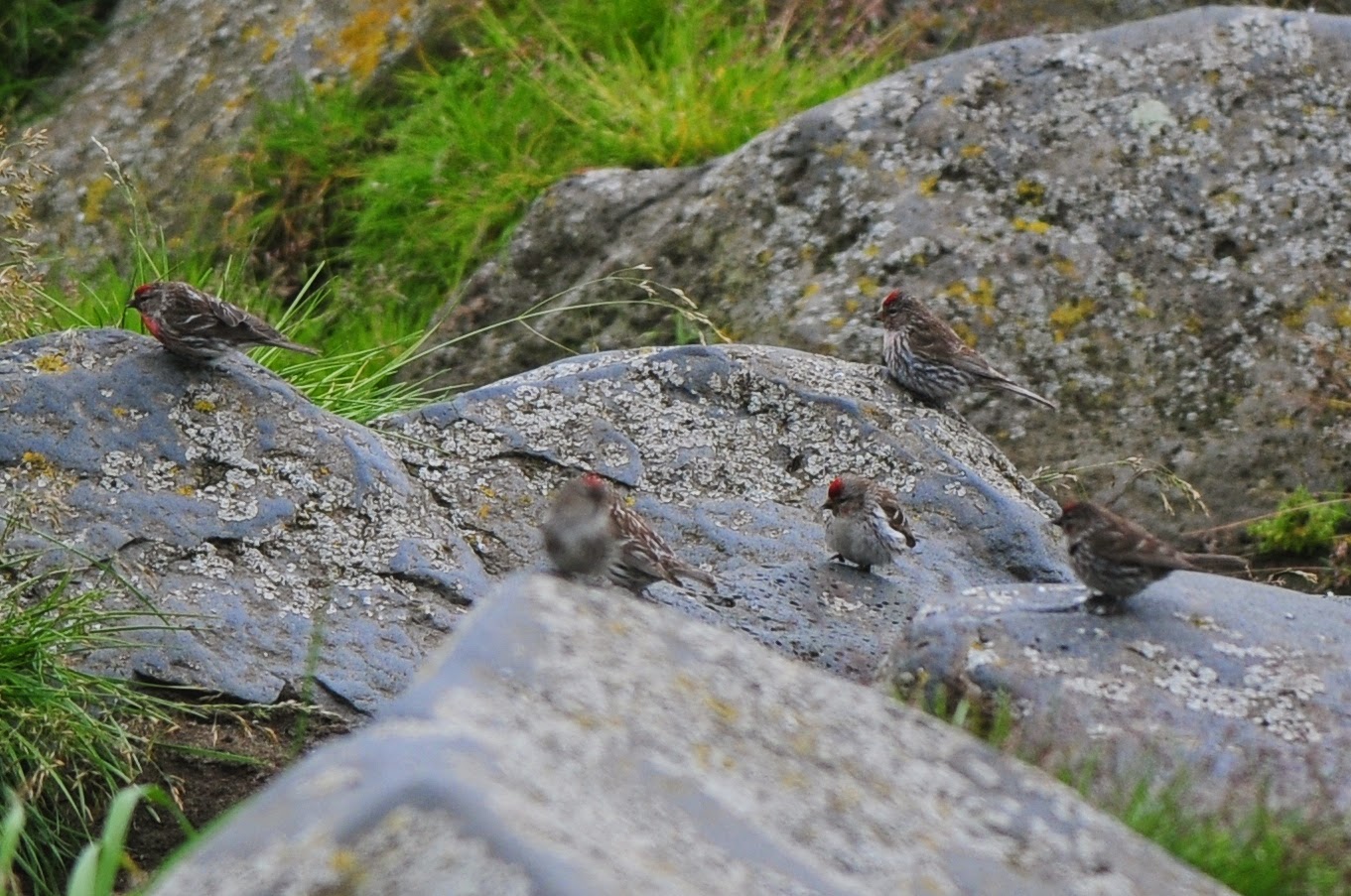 Also present at the seal blind was a young male NORTHERN FUR SEAL that wasn't too intent on leaving the area UNDER our seal blind.  We slowly made our way up into the blind and watched as this guy growled and snarled up through the cracks in the wooden floor.  It lunged at us through the floor but that only got him as far as the green, mossy underside of the blind.  He eventually wandered out but not without some nose color from the moss: 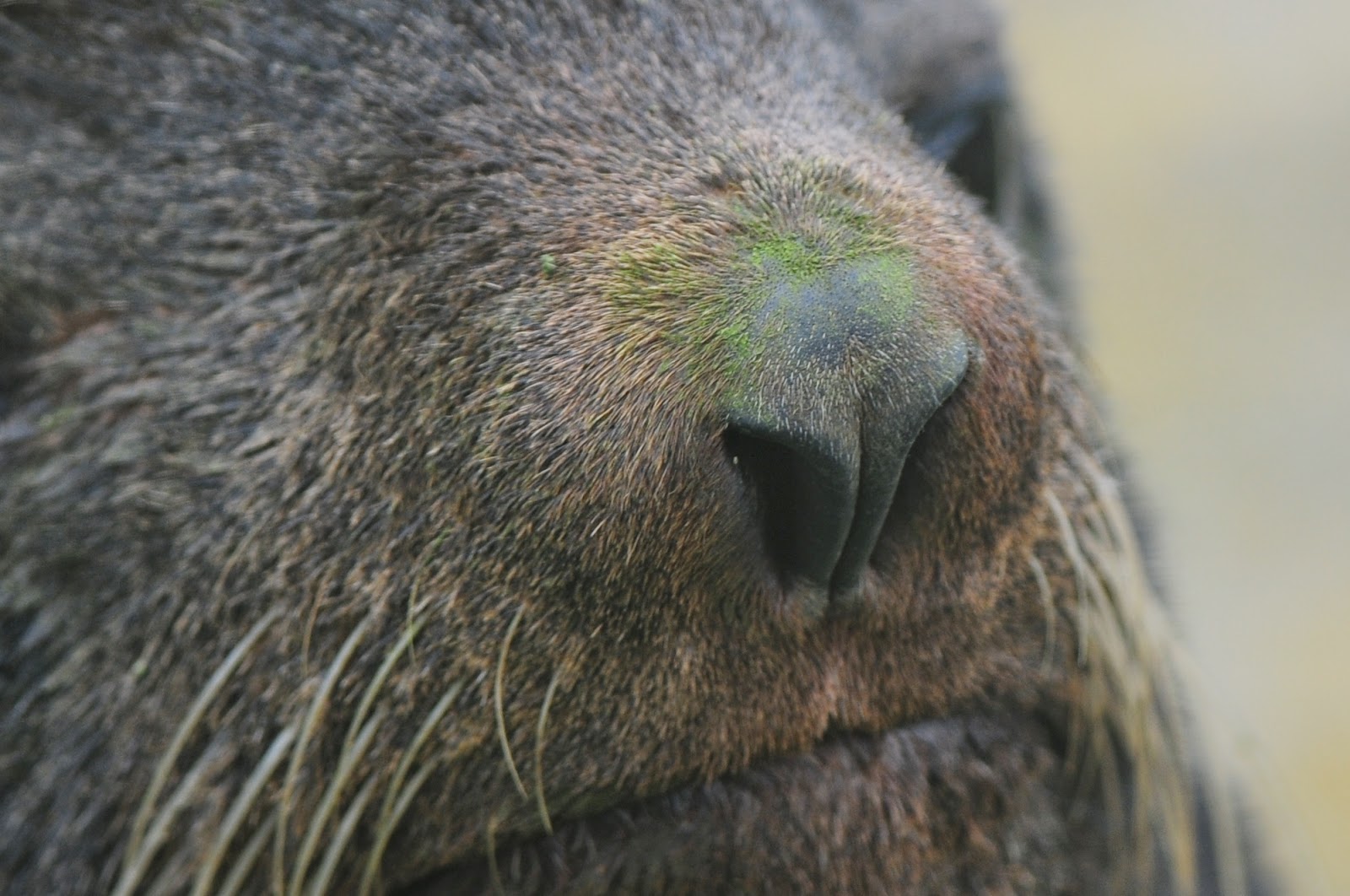 Yes, we often see all three species of breeding auklets in one view.  Here is a PARAKEET AUKLET in the bottom left, a CRESTED AUKLET on the far right, and a LEAST AUKLET with its back to us in the middle: 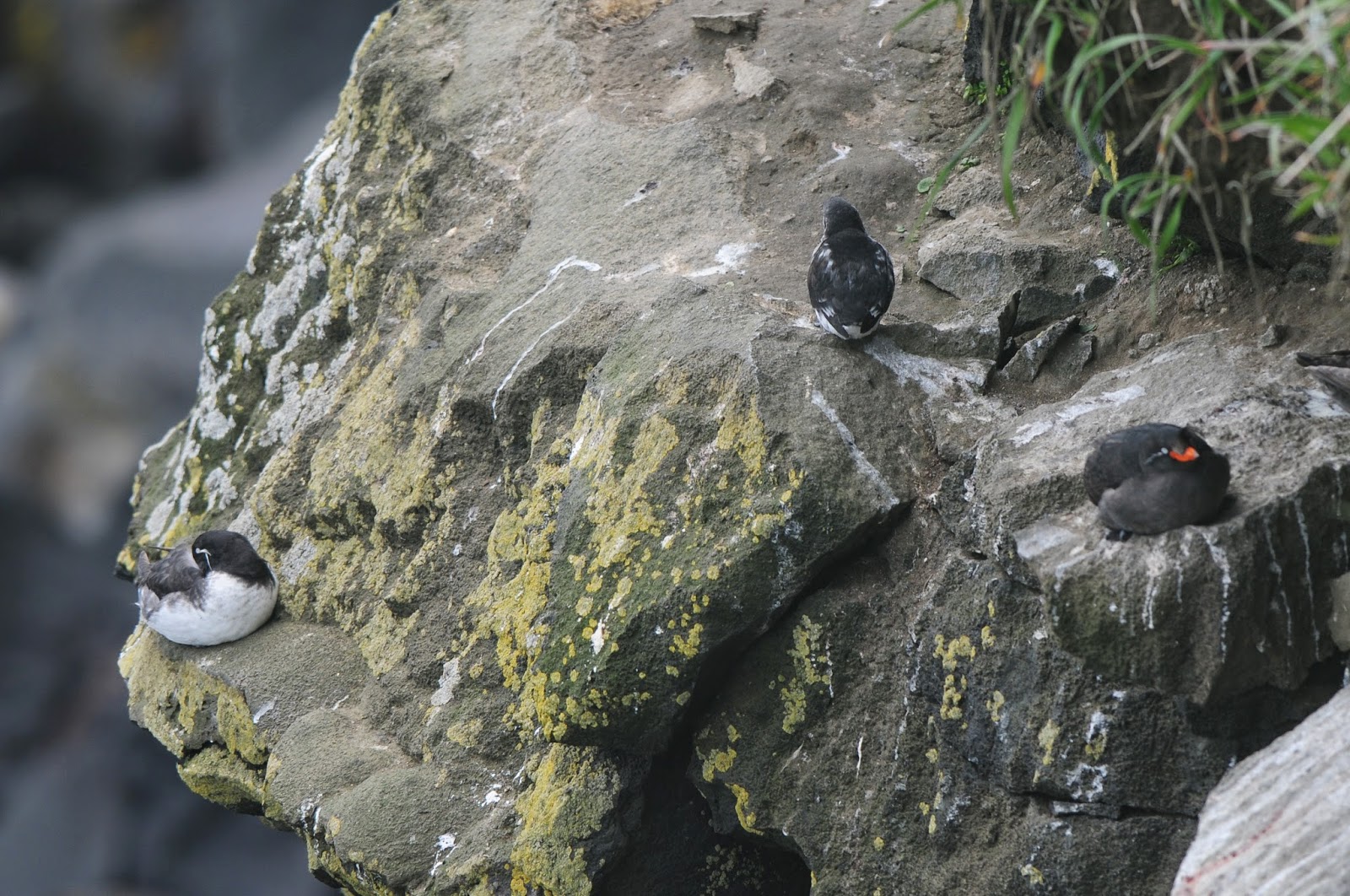 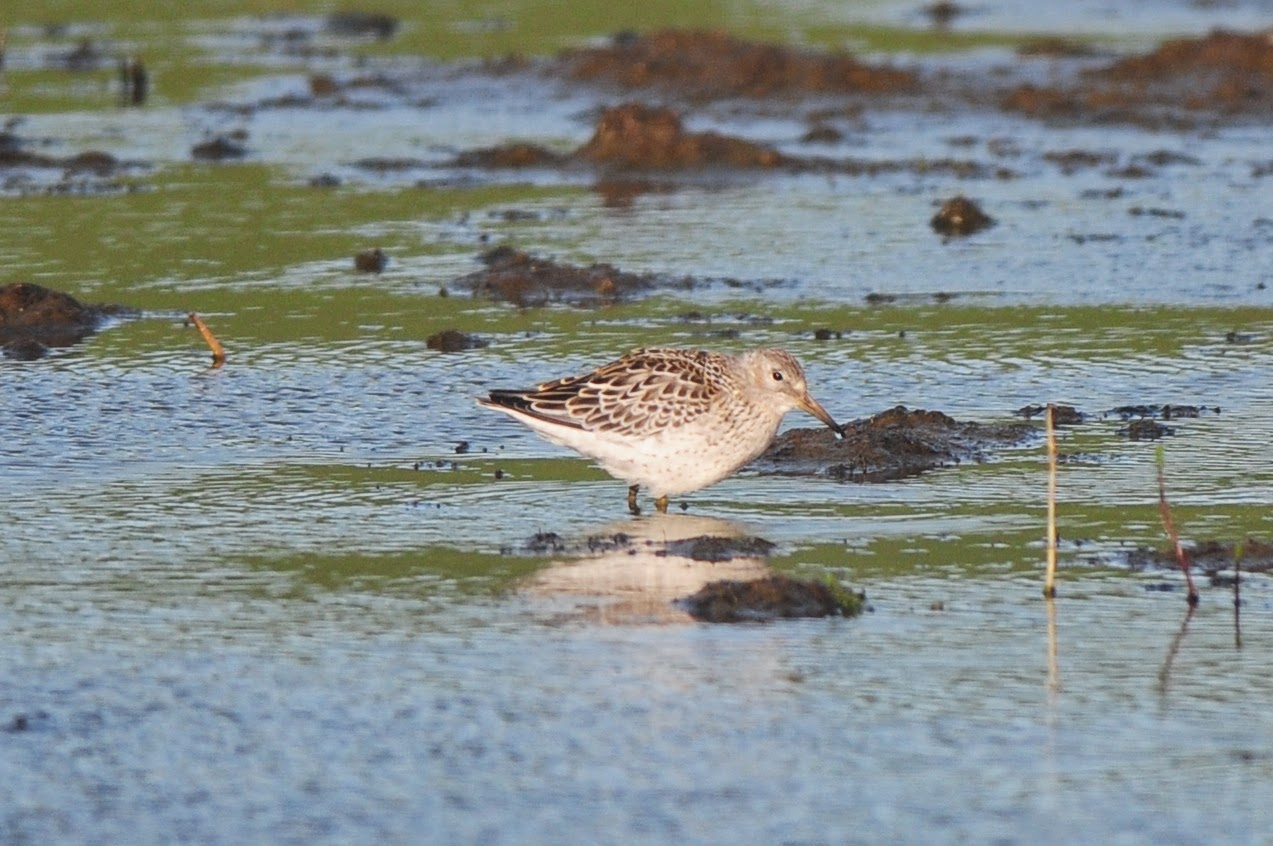 Also, the adult SHARP-TAILED SANDPIPER continued at Pumphouse Lake for the 5th day in a row.  But with the uncommonly unobscured sun behind me, all my digiscoped photos were too saturated: 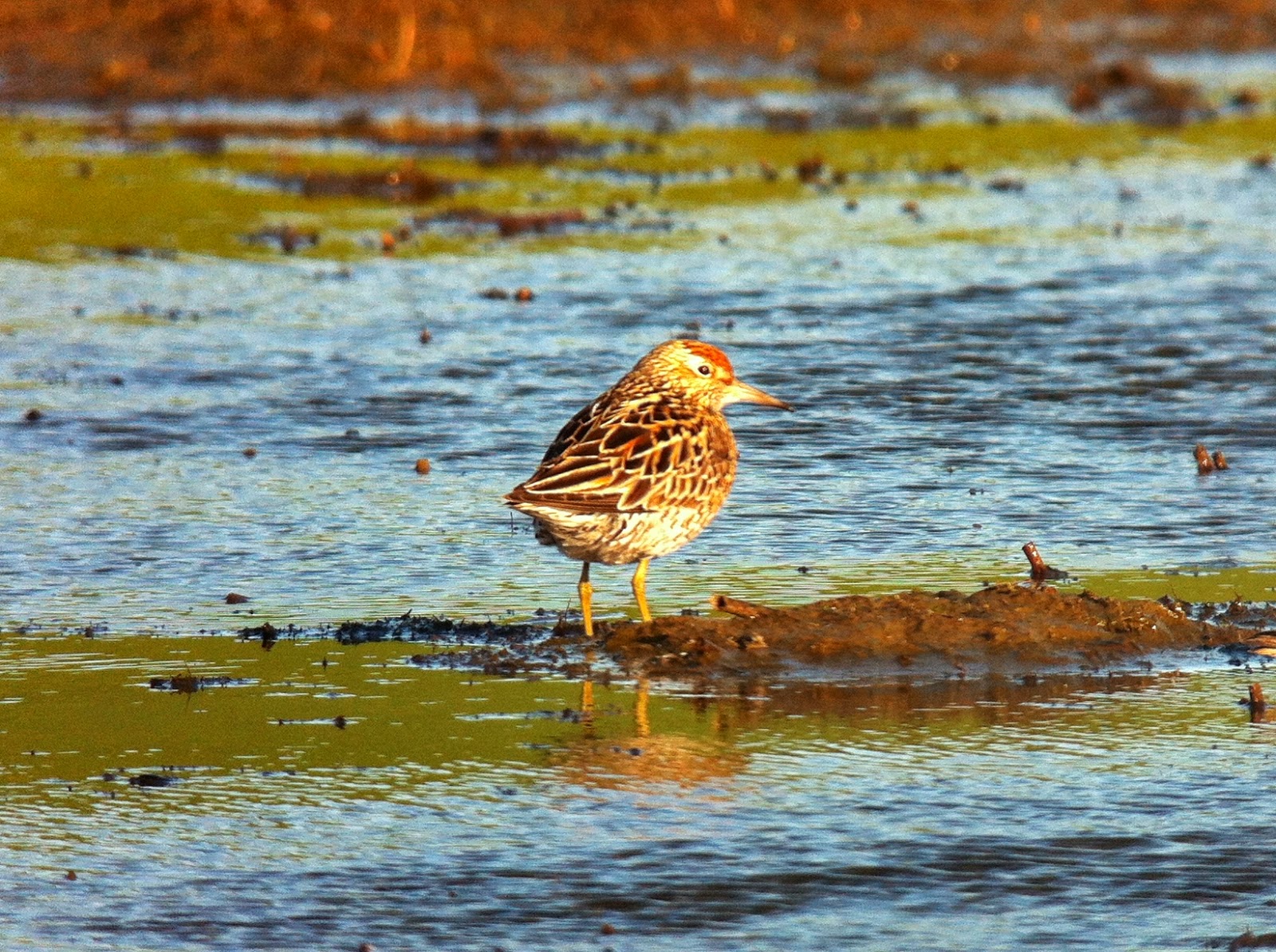 I didn't see the RED-NECKED STINT this morning although it continued up through at least yesterday.  It's been missed before though so it may still be around.