When I worked at Whitefish Point Bird Observatory last fall, I blogged every day.  It was just part of my daily routine.  As you've noticed so far this spring/summer, blogging every day is NOT in the cards.  For example, it's been a whole 4 days since my last update.  Ages, I know.  Try to curb your enthusiasm with this new entry.

I knew the day was coming, I mentioned it on here several times.  The occasion?  I SHAVED.  More importantly, that indicates that I finally got a new ABA bird after a full three week gap.  It came yesterday when we had our first GRAY-TAILED TATTLER of the season.  Although I only initially heard the bird, I birded some on my own last night and managed to relocate it at a different location. 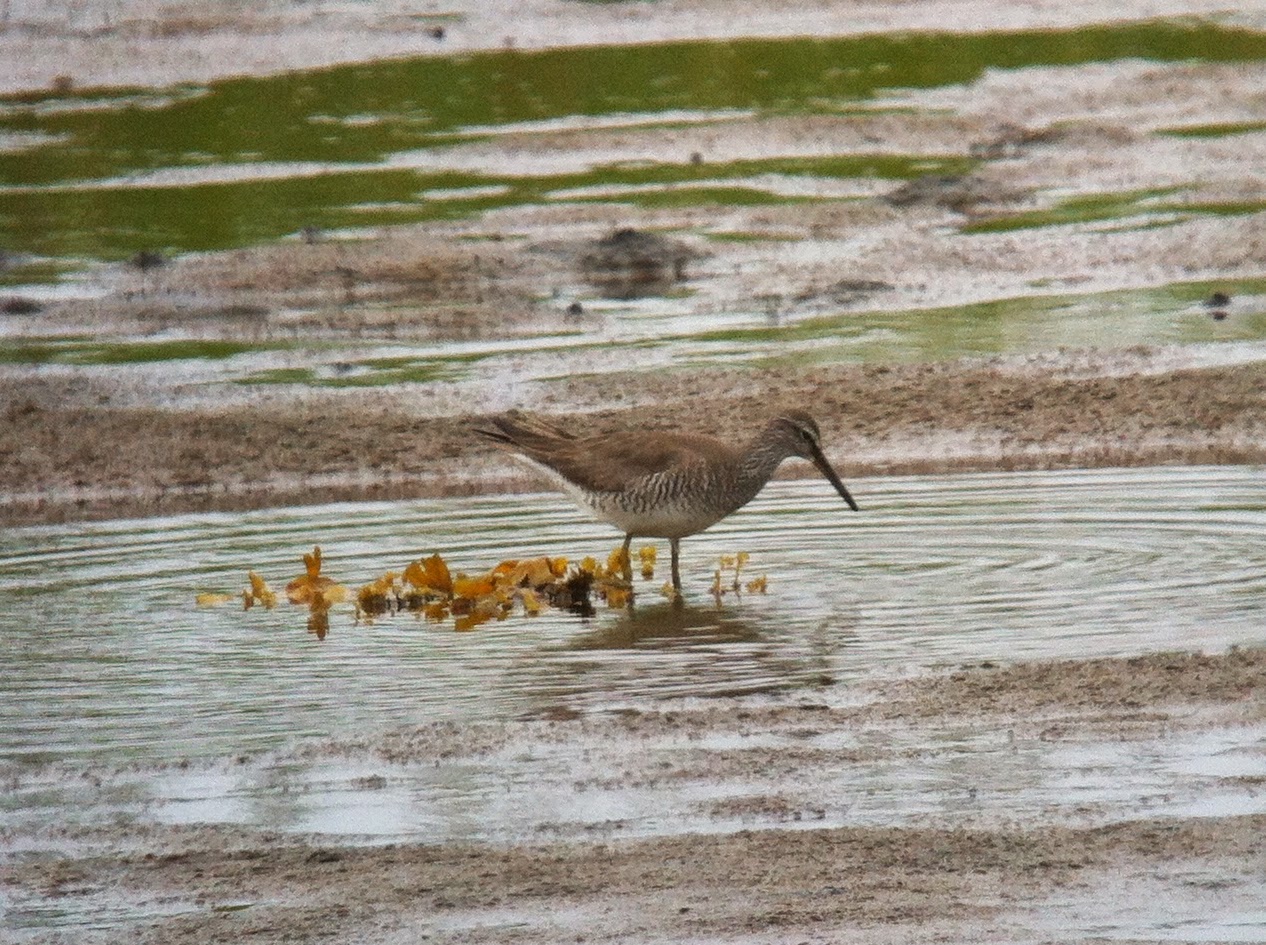 Why isn't it a Wandering Tattler, the more expected tattler species?  Note the white belly, white undertail, bold supercilium behind the eye, etc.  This species breeds in northeast Siberia and then migrates south to southeast Asia and Australia.  Just like the Red-necked Stint and Sharp-tailed Sandpiper, this vagrant can actually be common here on St. Paul Island.  I have a feeling that this was the first of MANY GTTAs.

So now with this expected lifer "out of the way", what will be my next one and how long will my beard have to grow before it happens???  Maybe it'll be a Little Stint?  Or Temminck's Stint?  You see, shorebirds are some of the earliest fall migrants in much of North America.  The same is definitely true here; late-July and August are the peak times for southbound sandpipers, plovers, etc.  This past week provided us with a nice selection of shorebirds, about 18 species worth.  Perhaps most impressive have been the number of adult PECTORAL SANDPIPERS that have been using Pumphouse Lake lately (the number is up to 30-35 already).  However, probably the gaudiest of the recent visitors is this male LESSER SAND-PLOVER that's been present on-and-off at Pumphouse Lake: 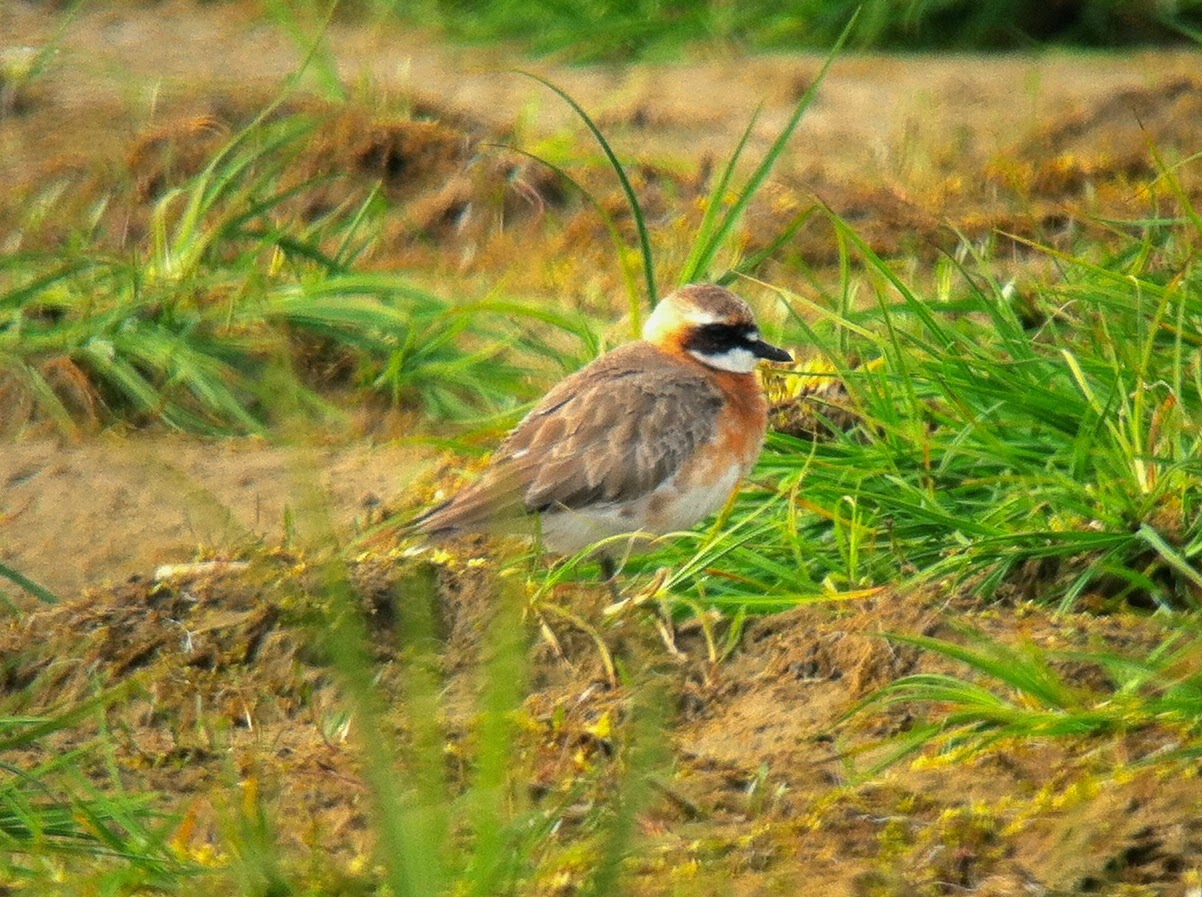 This is another species that breeds in Siberia and, like the others, is an uncommon but expected migrant here.

Not all of the rare shorebirds that find themselves on our beaches and wetlands are Asian-only breeders.  We found a BAIRD'S SANDPIPER the other day which, so far, has stuck faithful to Pumphouse Lake.  This ties the earliest fall arrival of that species here on St. Paul Island.  Here is a photo showing the scaly mantle, long attenuated look (long wings), black legs, etc etc: 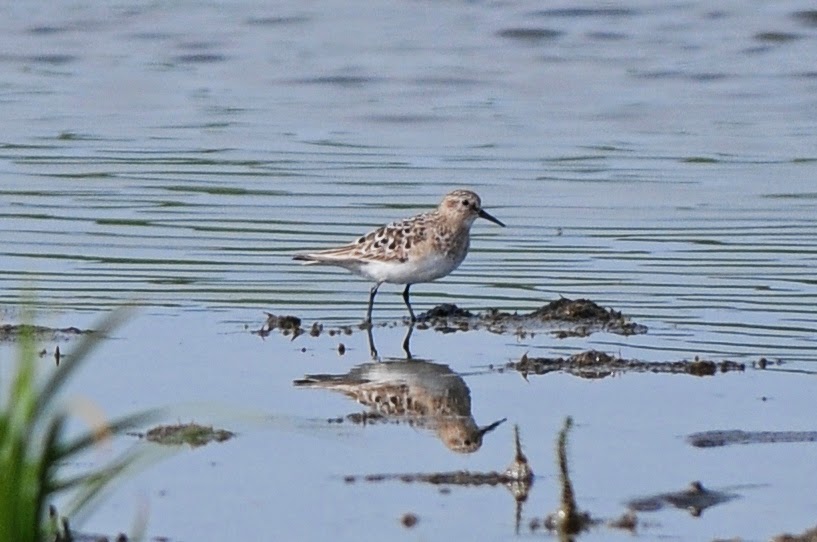 We've had a bit of north and west wind lately and so I naturally drifted towards a bit of seawatching.  One particular day, this adult intermediate-morph PARASITIC JAEGER decided to fly directly overhead.  Ok, it's a bit backlit but come on, I seriously don't care: 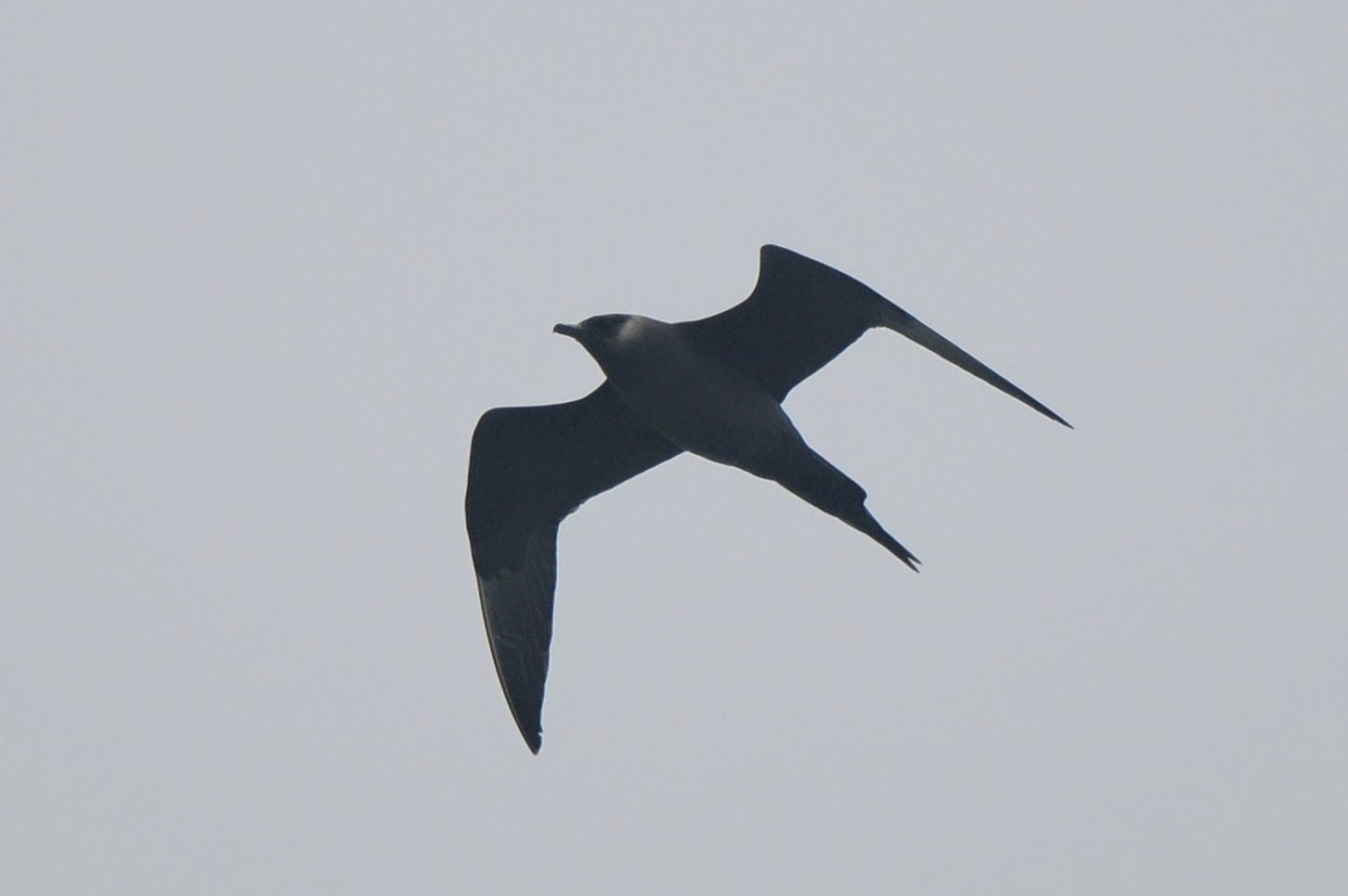 Just today I went up to Marunich to take a look around.  There are still piles of RUDDY TURNSTONES there, probably between 200-300.  I also saw species like a KING EIDER, RED-BREASTED MERGANSER, PACIFIC LOON, and 3 WANDERING TATTLERS.  Oh, and here's a nasty thing that probably is, or has some, SLATY-BACKED GULL in it: 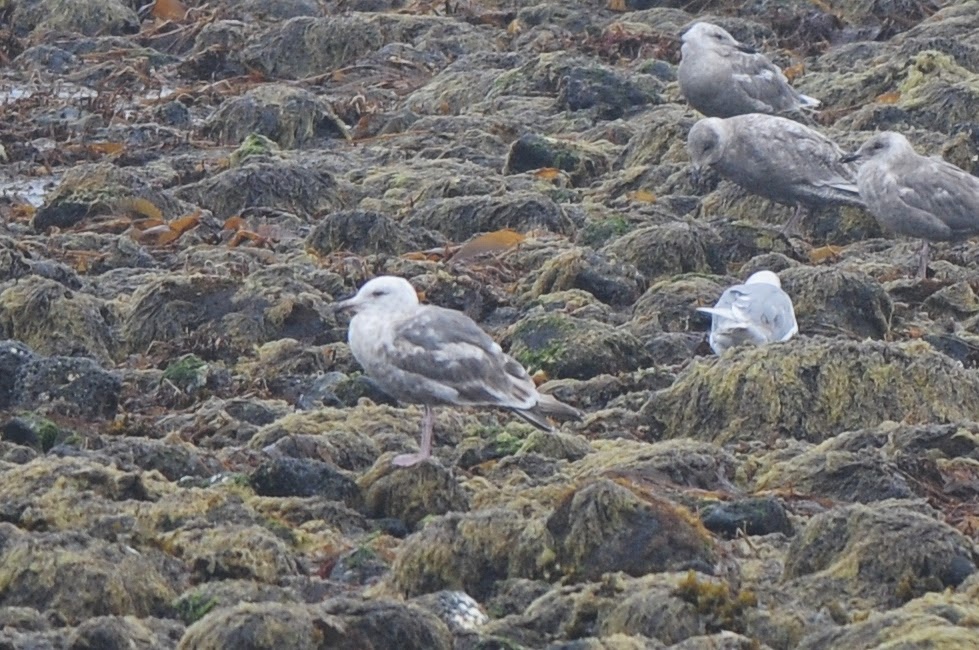 Anyway, to the one reader who reads my posts all the way to the end, this is for you: 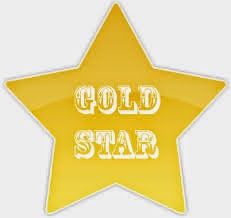