Come tomorrow, I'll have been on St. Paul Island for 2 months.  That also means that I have only 3 more months.  Hopefully some more exciting birds will be sprinkled throughout.  Speaking of that, I wouldn't mind a shave but I'm waiting on my next ABA lifer before I do that.  :-(

Here on St. Paul we're seeing more fall shorebirds arriving almost on a daily basis.  The beach at Marunich now has 70+ RUDDY TURNSTONES whereas a week ago there were hardly 10 around.  Turnstones are showing up in a lot more places too including Southwest Point, Webster Lake, Salt Lagoon, East Landing, and this one at Pumphouse Lake: 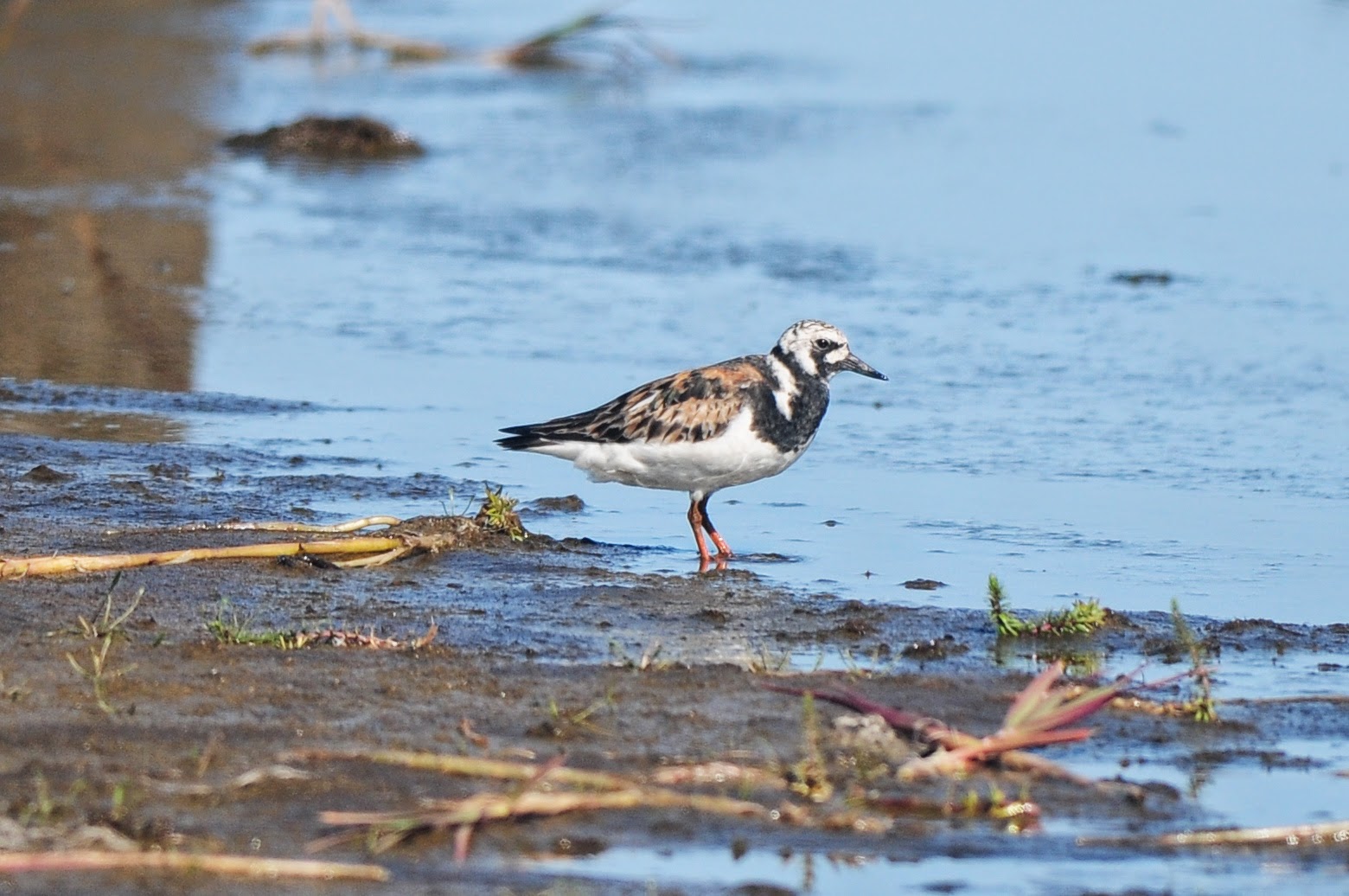 However, ROCK SANDPIPERS are still the omnipresent and abundant shorebird that they've been thus far except now we get to enjoy the youngsters that just hatched this summer.  Note the white and buffy edging to the mantle and scapulars as well as the lack of a black belly patch: 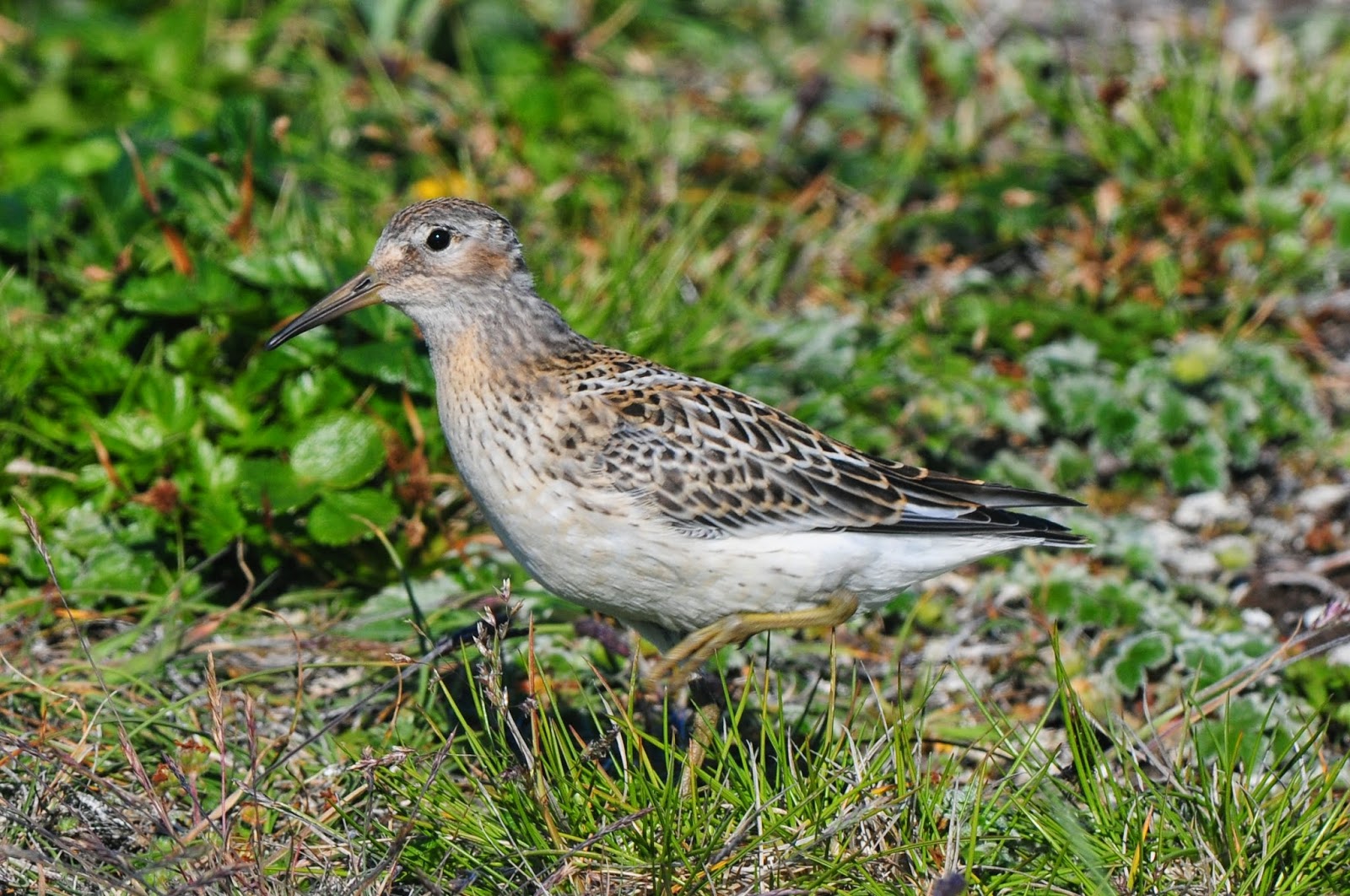 Uncommon at this point in July are PECTORAL SANDPIPERS but I surprisingly had 7 of them at Pumphouse Lake last night.  Here's one I digiscoped with my phone: 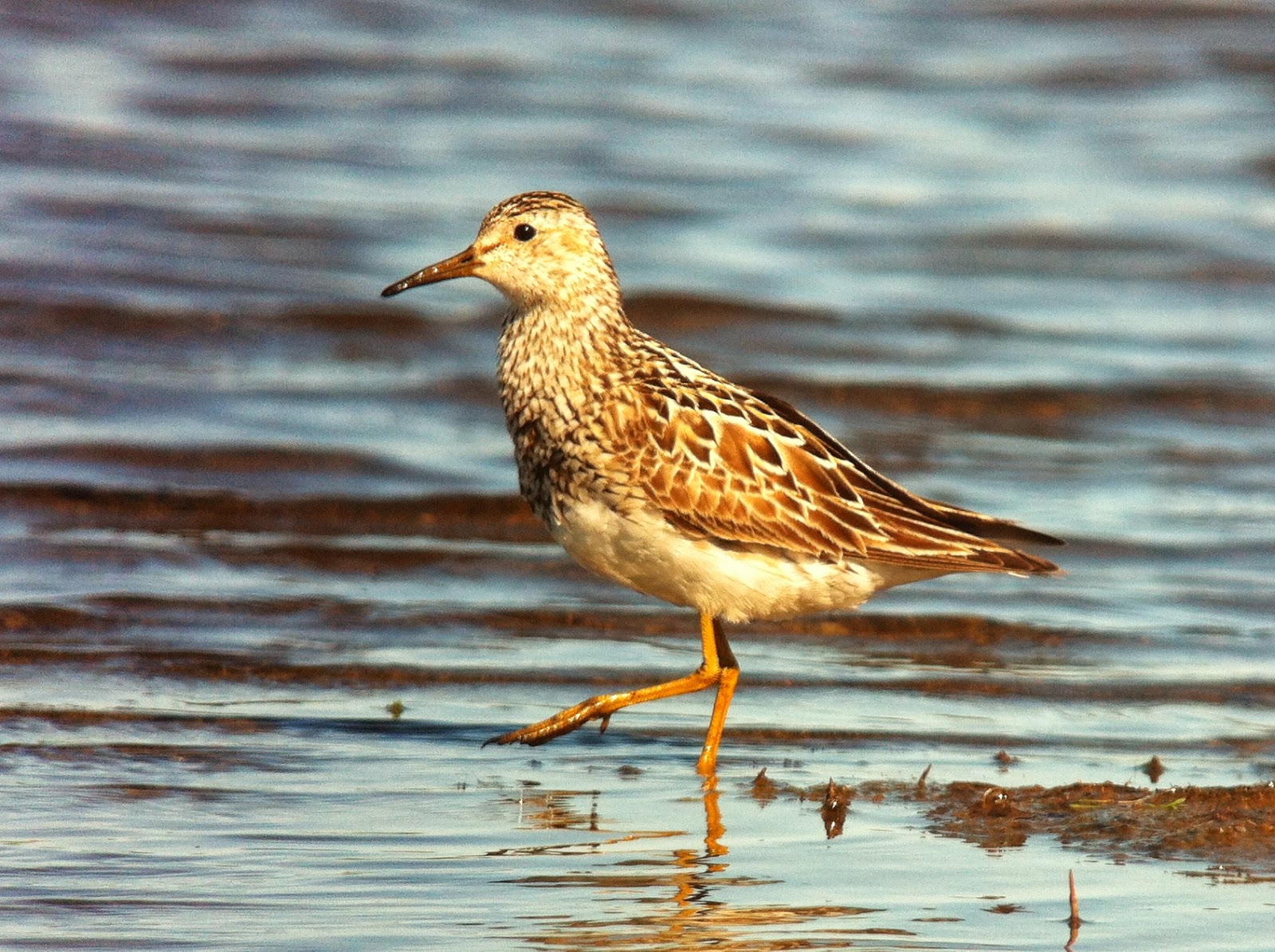 I should also mention that one of our other guides, Glen, had a LESSER SAND-PLOVER do a flyby a day or two ago at Weather Bureau Lake.  It was never relocated but hopefully one will settle in somewhere for viewing.

We've also been seeing a few more large gulls around too (finally).  My group and I stopped at East Landing yesterday and found this pale-eyed, dark-mantled gull.  Although the primaries are worn and bleached out, we're fairly certain it's a 3rd-cycle SLATY-BACKED GULL: 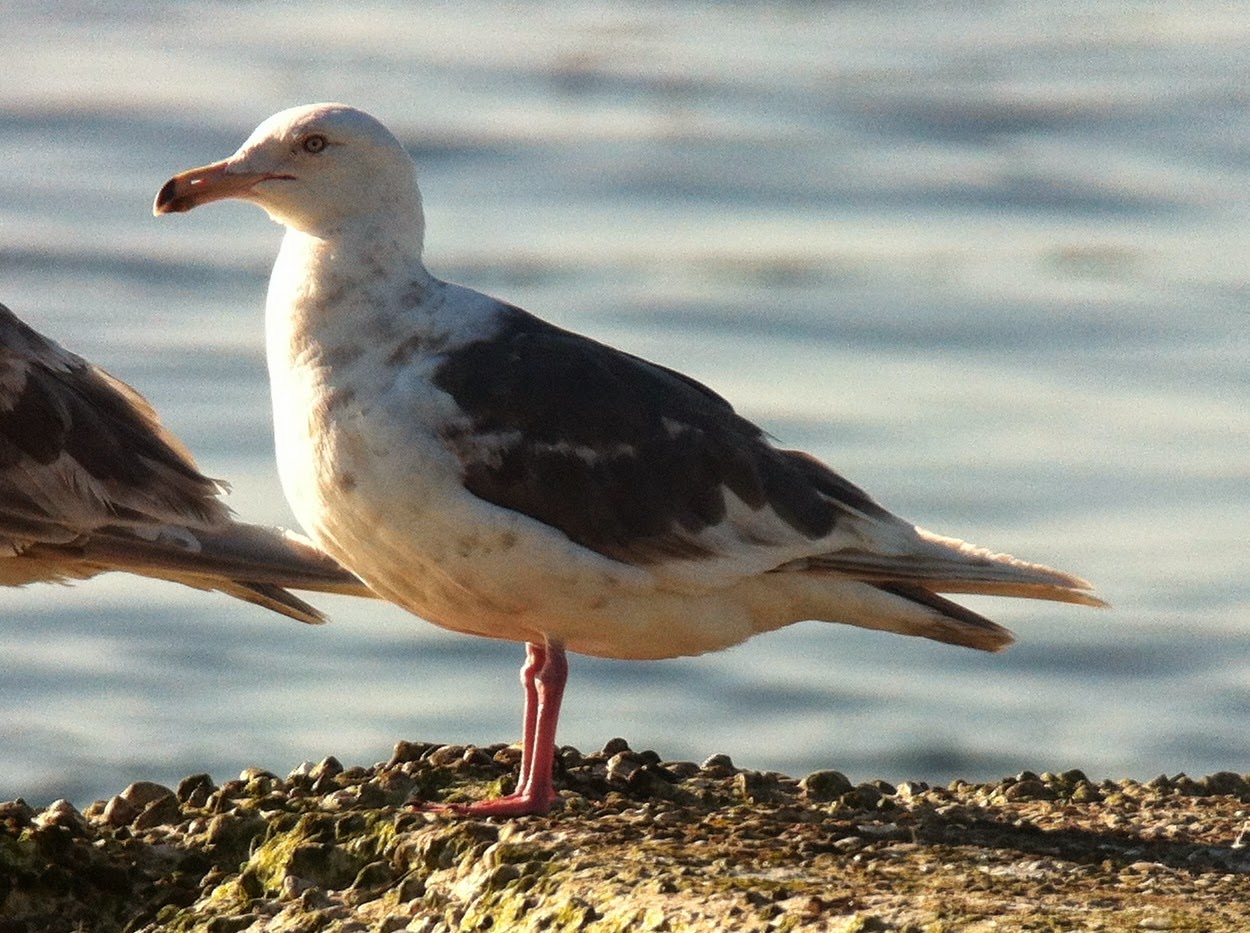 All the books describe the tip of the bill of a SBGU as being less "bulbous" when compared to Glaucous-winged or Western Gull.  Here was my chance to compare it with a Glaucous-winged and.... hark, tis less bulbous: 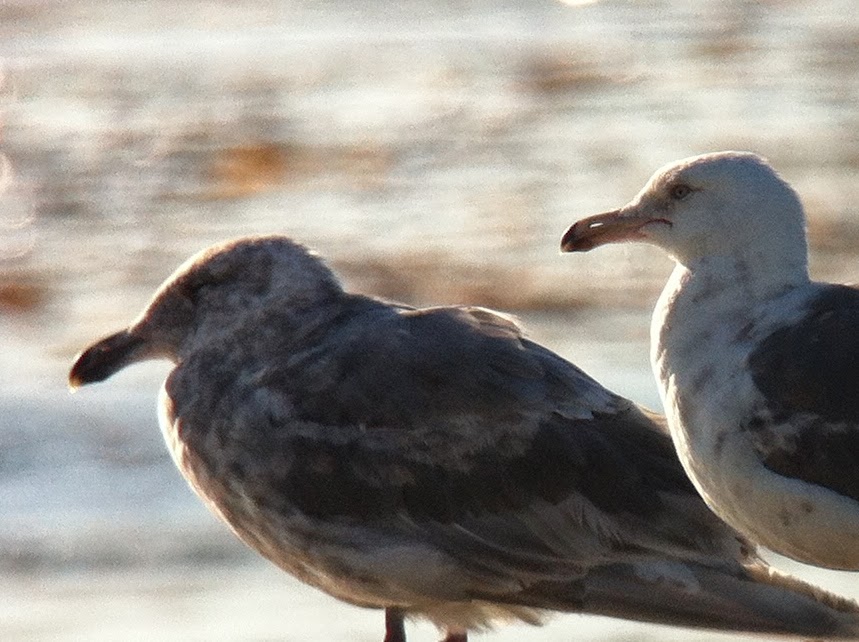 This morning I stumbled on this.... thing... out at Southwest Point.  Given that the wingtips are an obvious shade or two darker than the mantle (but not black), I think it's a good candidate for a GLAUCOUS-WINGED x HERRING GULL hybrid: 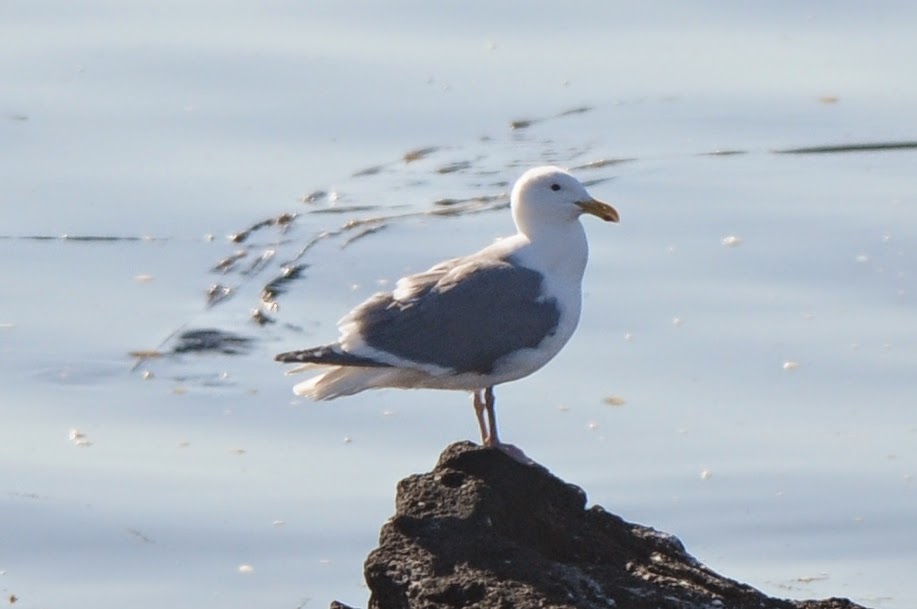 I'll close with a wildflower.  I was walking the road along the upper cut at Polovina Hill when I looked down the hillside to see a giant patch of large, yellow flowers.  They didn't strike me as any of the typical ones I've been seeing so I investigated and snapped a photo: 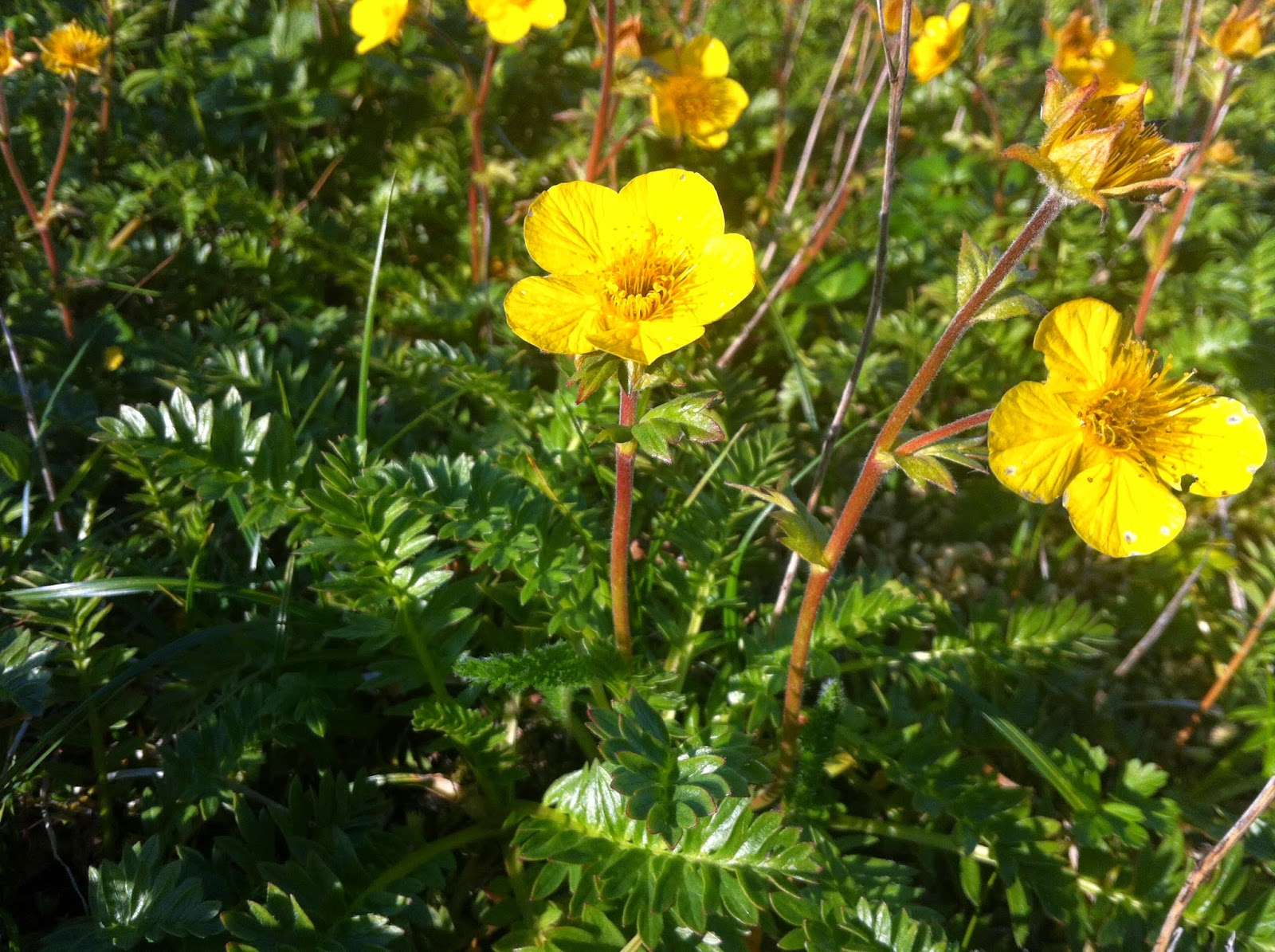 Turns out, these are ROSS' AVENS.  Our plant guide says it is uncommon on the island but easily found in its habitat.  The first location they mention is the east flank of Polovina Hill.  Yep indeed, that's where I was.
Posted by Cory J. Gregory at 7/14/2014 08:56:00 PM