When I left off last time, I was heading on a chase.  You see, a few moments earlier, Scott had called in a SIBERIAN RUBYTHROAT from the NE corner of the island.  Us three guides headed up and arrived near the Webster Gate to spread out to walk the short-but-growing celery patch.  We weren’t even a few minutes in before the rubythroat popped up, perched in the open for a few seconds, and flew a short distance before diving back into cover.  The look was fantastic even though it was short; I didn’t manage any photos but seeing the bird was the important thing.  This Asian vagrant was a lifer for all of us and the first here since 2011.

While we were in the area, we checked on Hutchinson Hill and yes, the COMMON ROSEFINCH was still present.  With the wind still howling from the northwest, we wouldn’t really expect that bird to leave the area of shelter so it still being there was a pretty sure bet: 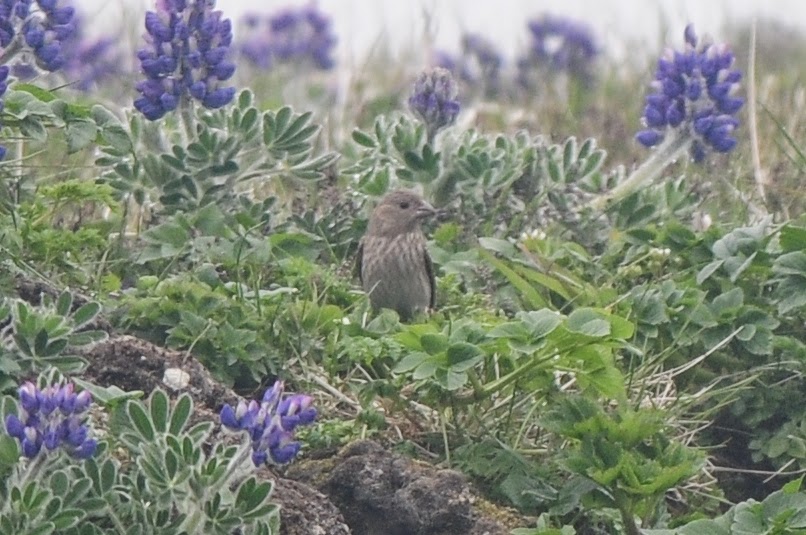 The following day was unique; it was the first day that we had absolutely no clients actively on the island.  So, naturally, we birded the entire island anyway.  I started by birding the southwest corner of the island, specially to seawatch from Southwest Point.  It was a pleasant day but I didn’t see anything too noteworthy in terms of waterbirds from the point.  Instead, I did see a COMMON REDPOLL perched a little ways ahead of me on a rock: 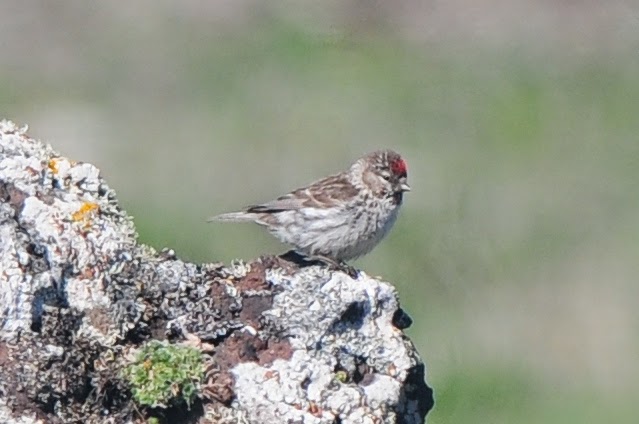 Just beyond the redpoll a splash of yellow caught my eye; I raised my bins to find an EASTERN YELLOW WAGTAIL perched there.  Knowing that I had never captured a photo of this species, I was quick to snap a few distant shots.  Of course, I also enjoyed watching the bird through the scope for quite a while too: 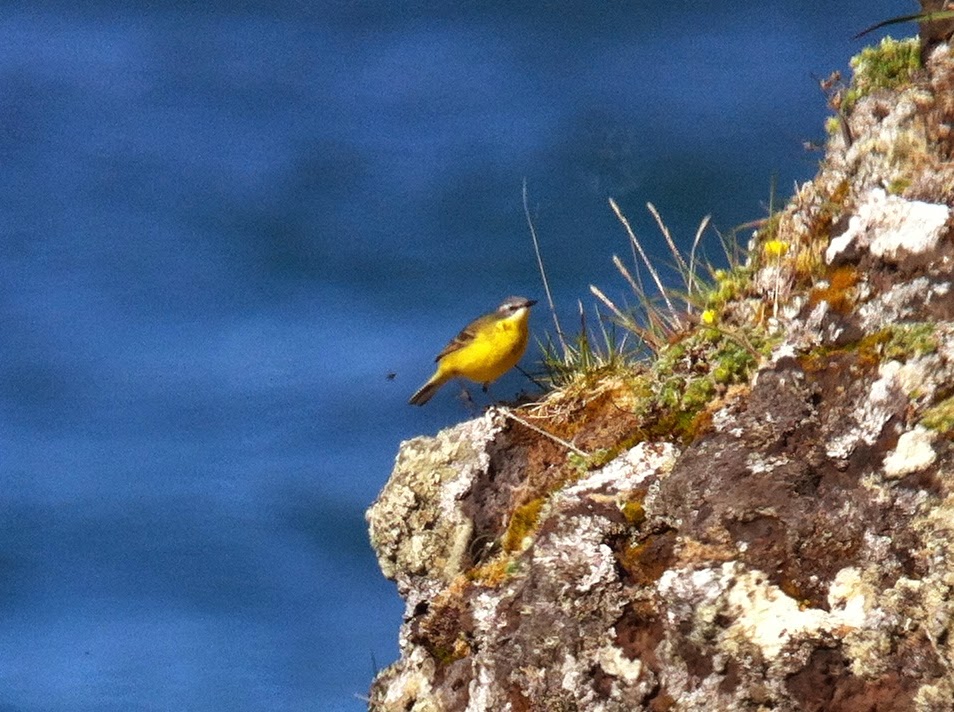 Oddly enough, it even sang once or twice.  These migrant wagtails are not exceedingly rare here (they do breed in western Alaska) but they're never common either.  Here it is again: 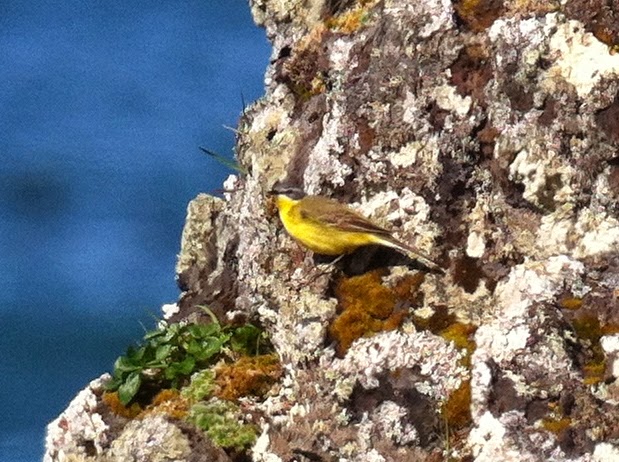 Because of the two uncommon songbirds I had just found at the point, I figured the nearby lava fields might be worth checking too.  I meandered around, not finding much at all.  A flock of 13 CACKLING GEESE were about the most interesting thing I had until... I heard something odd.   A sound I wasn’t familiar with was wafting down from above… somewhere.  I finally spotted the culprit; it looked like a SWALLOW of some sorts.  Immediately I suspected what was happening and I raised my camera to try to get some documentation photos before the bird disappeared.  The swallow had an all white rump; I had just found a Code 4 COMMON HOUSE-MARTIN.

If you know what to look for, these horrible photos DO confirm its identity.  Take a look and see if you can see the white rump: 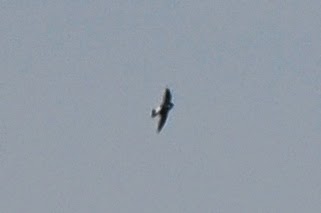 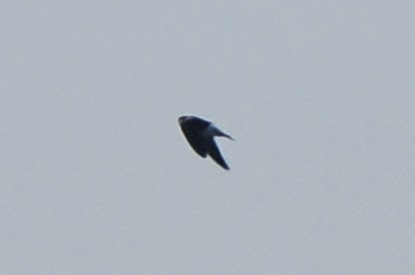 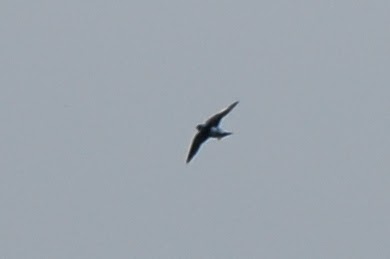 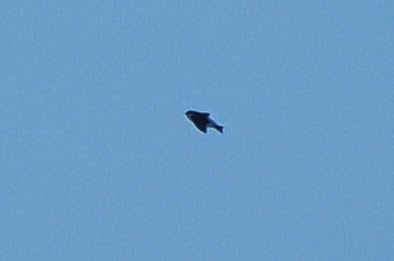 Anyway, I called the other guides but an aerial flyer like this would be hard to chase.  So far, no one else has seen this particular bird but who knows, it might still be around the island somewhere.

This is the 8th occurrence of this species on St. Paul.  Here are the years they've been seen here:

I also stopped by Antone Slough where the local RED-NECKED PHALAROPES were simply stunning in the nice light.  I took way too many photos but I’ll limit myself to posting one photo for now: 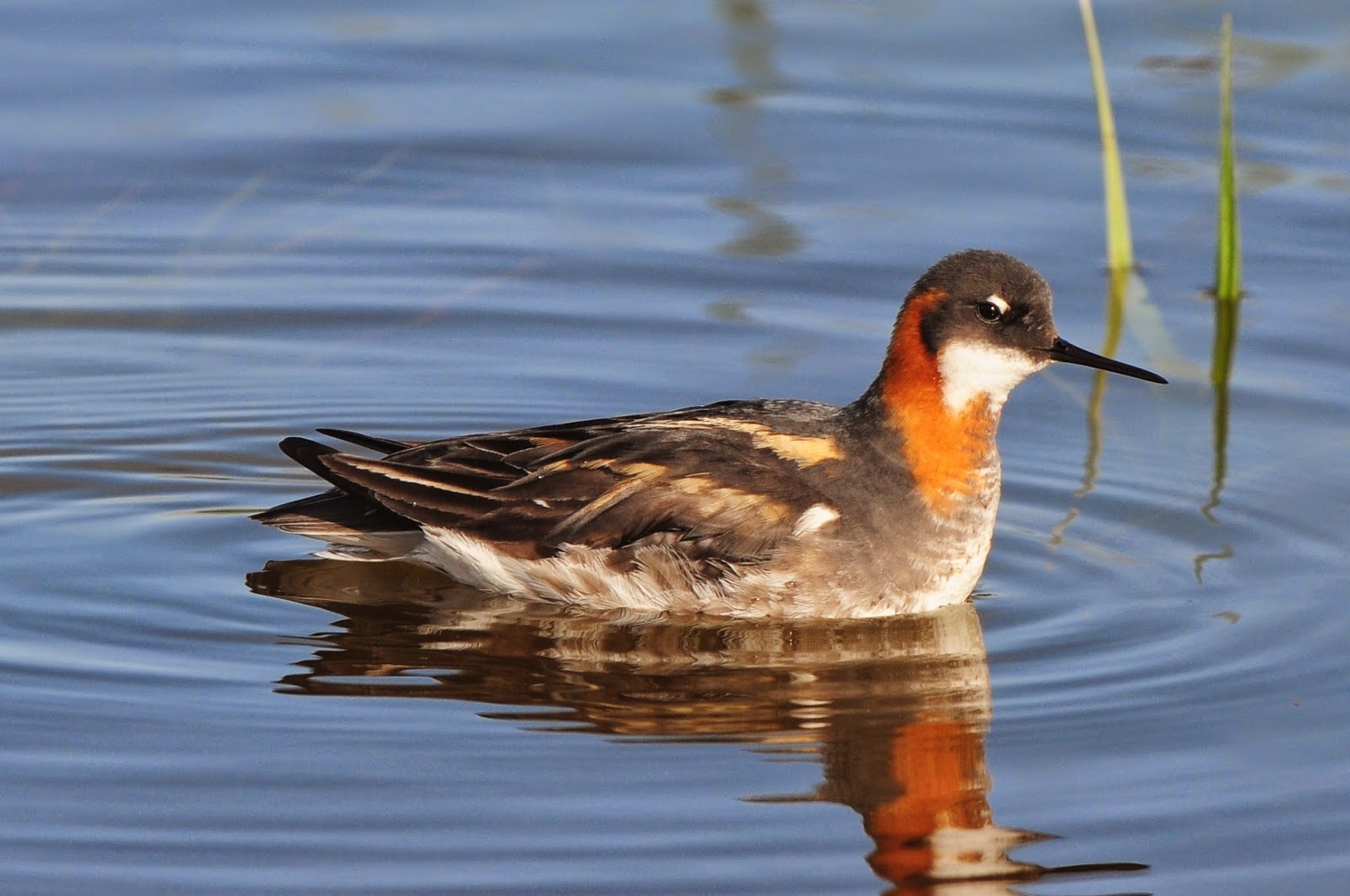 Last but not least, we checked Hutchinson Hill again just last night to see if the COMMON ROSEFINCH was still present.  It was: 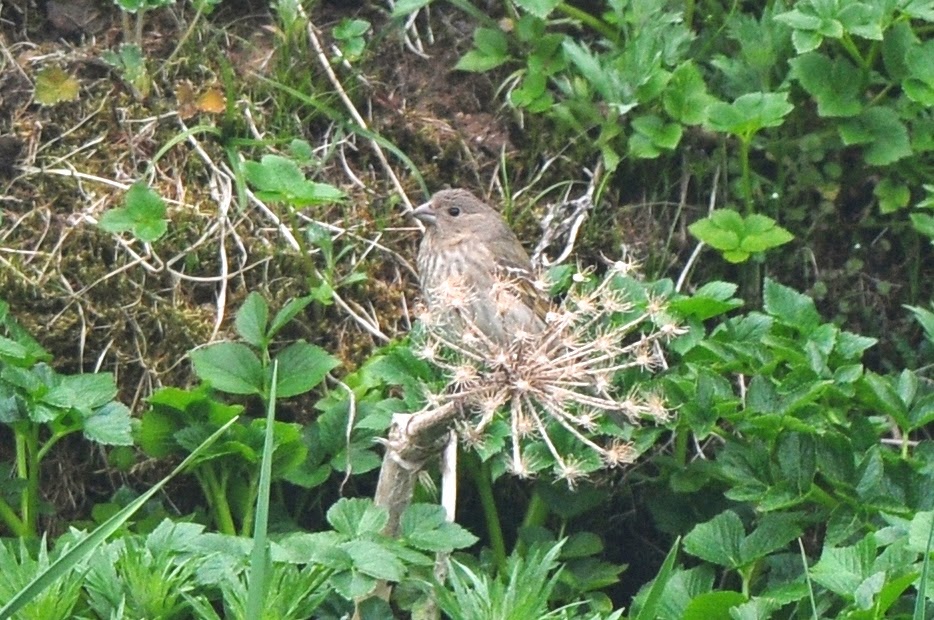