A few of the nice birds from June 2 lingered around for a bit.  One of those birds that stuck for at least another day or so was the LONG-TOED STINT in Town Marsh.  Although this additional picture isn't great, it again shows how the feet project beyond the tip of the tail: 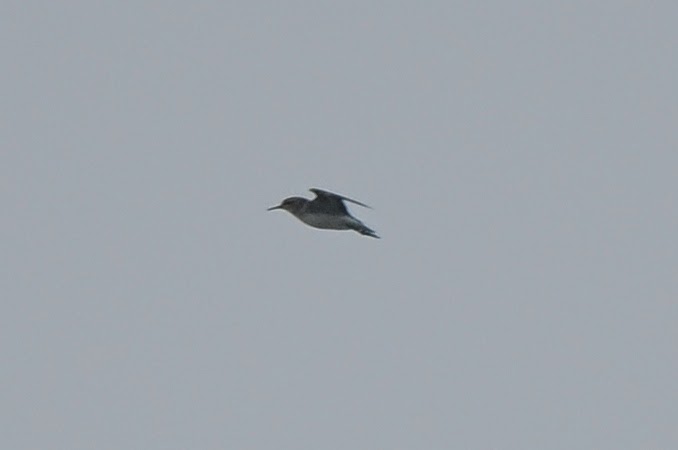 Although they're typically uncommon, we've had quite a few SHORT-BILLED DOWITCHERS around the island lately.  Here's one at Antone Slough: 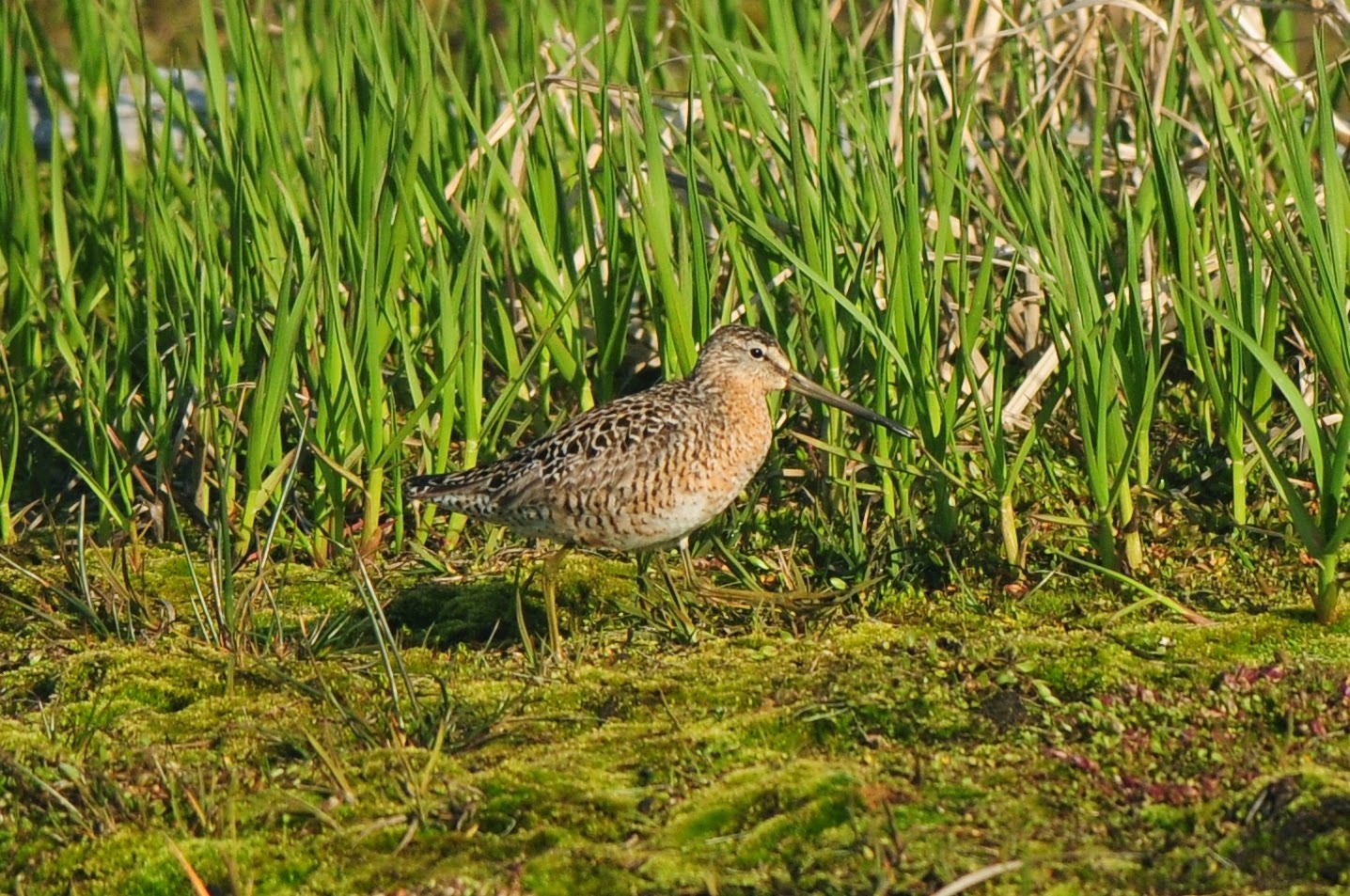 Gate Pond up in the NE corner of the island has been hosting 2-3 RED PHALAROPES lately.  Although we've seen up to 6,000 offshore, we haven't seen many on inland bodies of water yet.  The females, which are the brighter and more attractive gender in phalaropes, were quite tame this particular day: 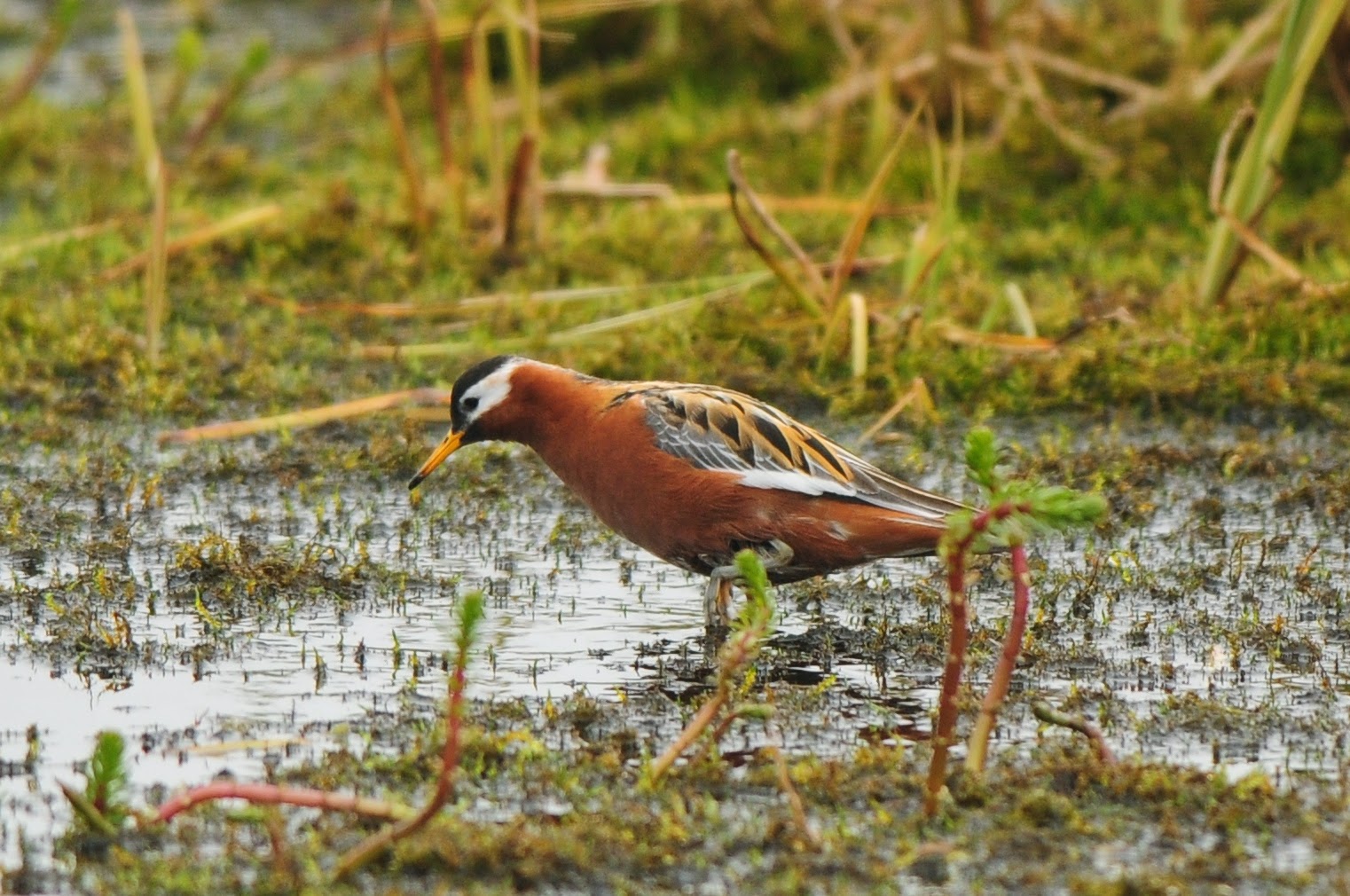 Another shorebird that's been hanging around a lot lately is this BAR-TAILED GODWIT on the Salt Lagoon.  You might have heard of this species; they've been tracked making a flight from Alaska to New Zealand, about 7100 miles... nonstop, no break for food or water.  If that's not impressive, I don't know what is.  I do know that this photo isn't too impressive... 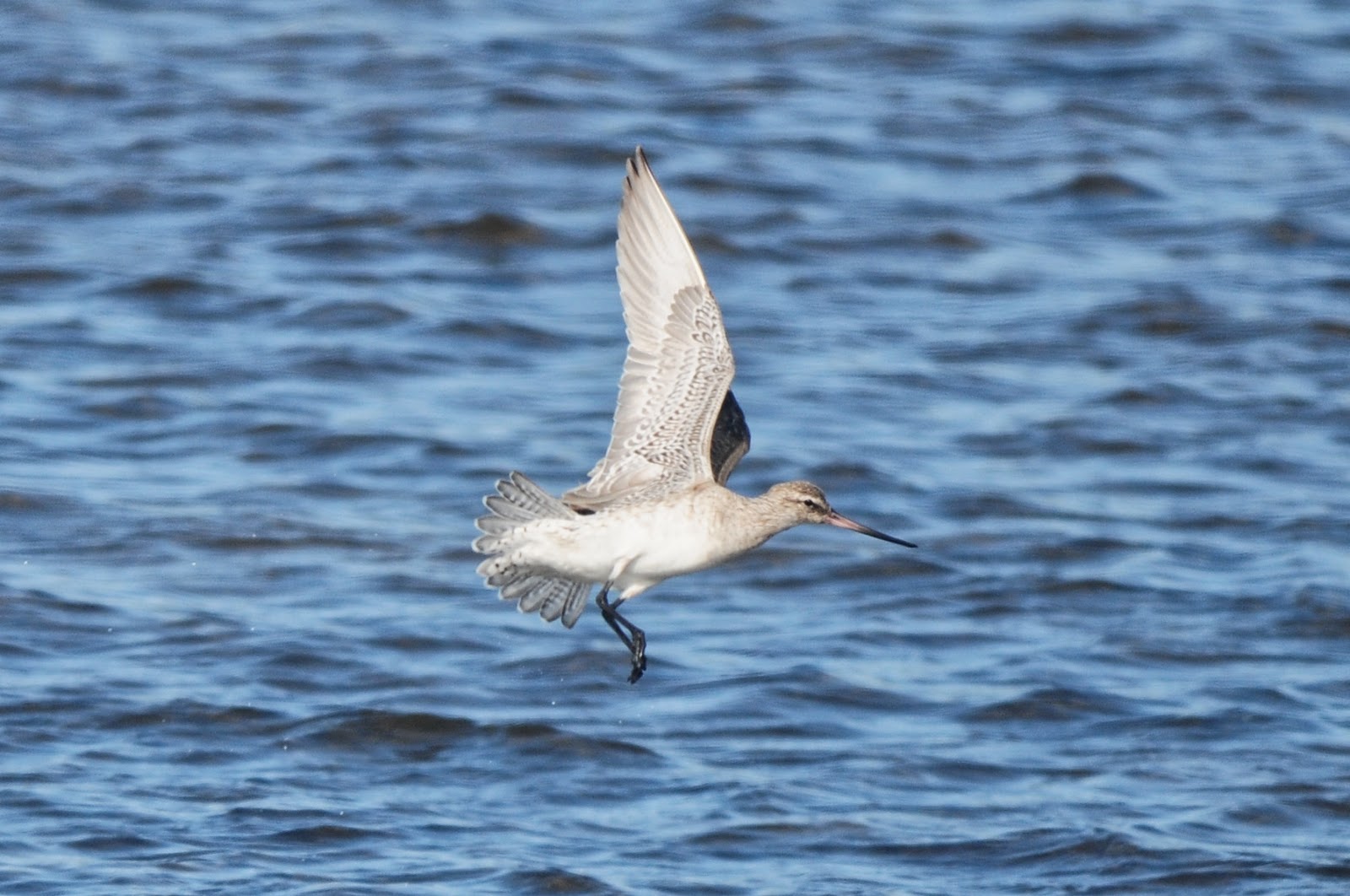 One of the rarer discoveries lately was of this STILT SANDPIPER in Pumphouse Lake.  This is another species that might be common where you are but is quite rare here.  It was a bird we all made efforts to see right away: 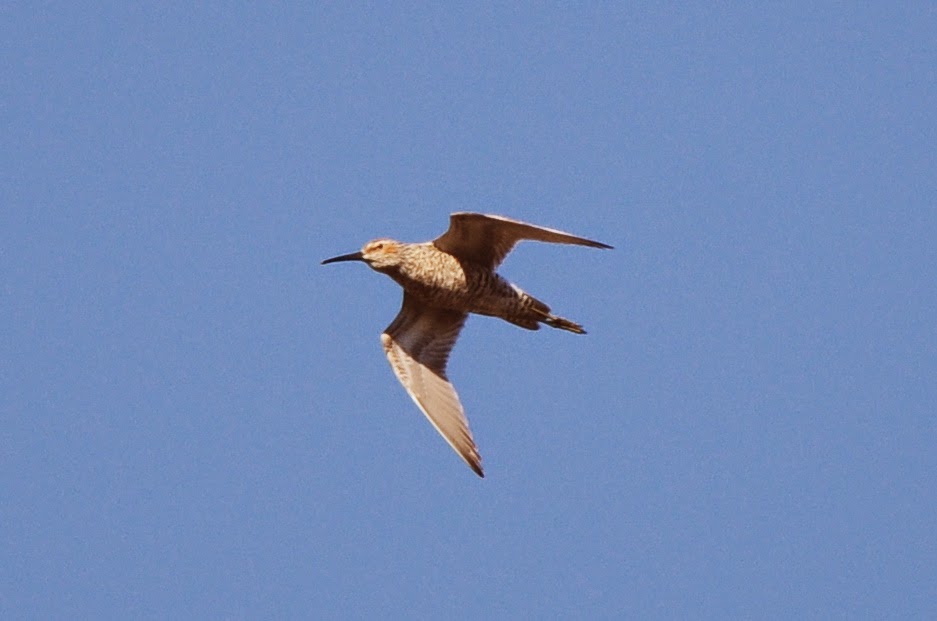 In terms of geese, there has been a flock of 12 CACKLING GEESE that we see from time to time down towards the SW corner of the island: 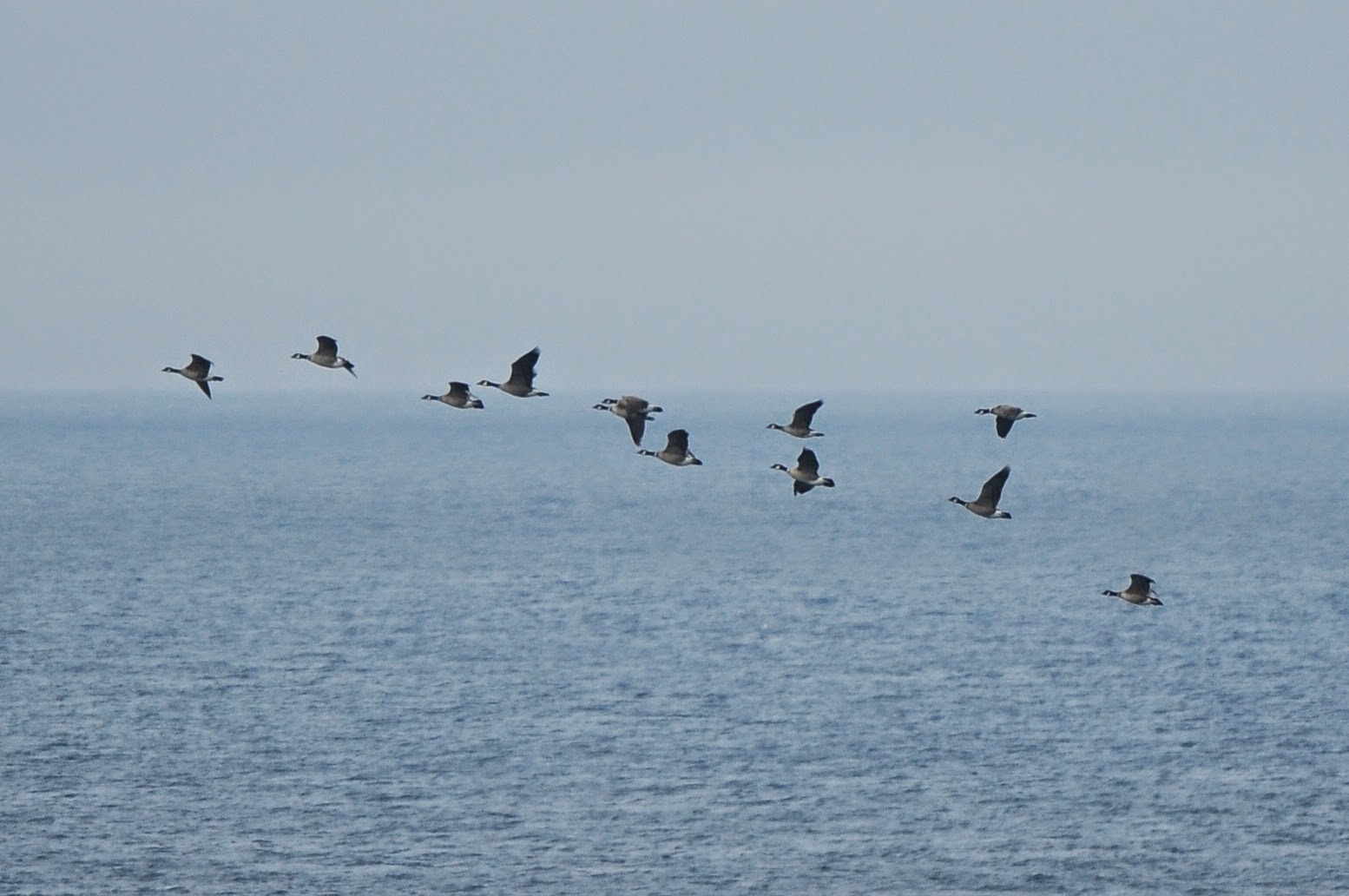 And yes, the BRANT continued at Antone Lake.... 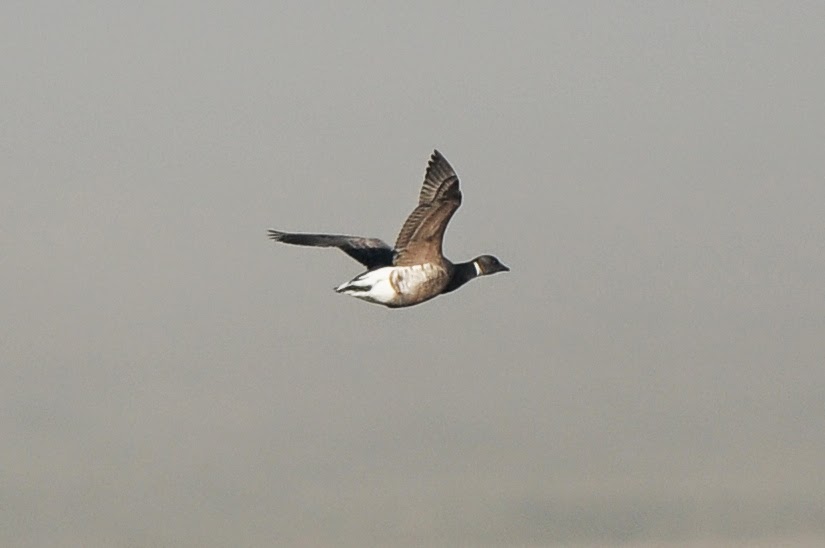 A rather random find came when Scott found a DOUBLE-CRESTED CORMORANT in the harbor.  Although they're probably common where you are, they're quite rare here and it was a good bird to try to see: 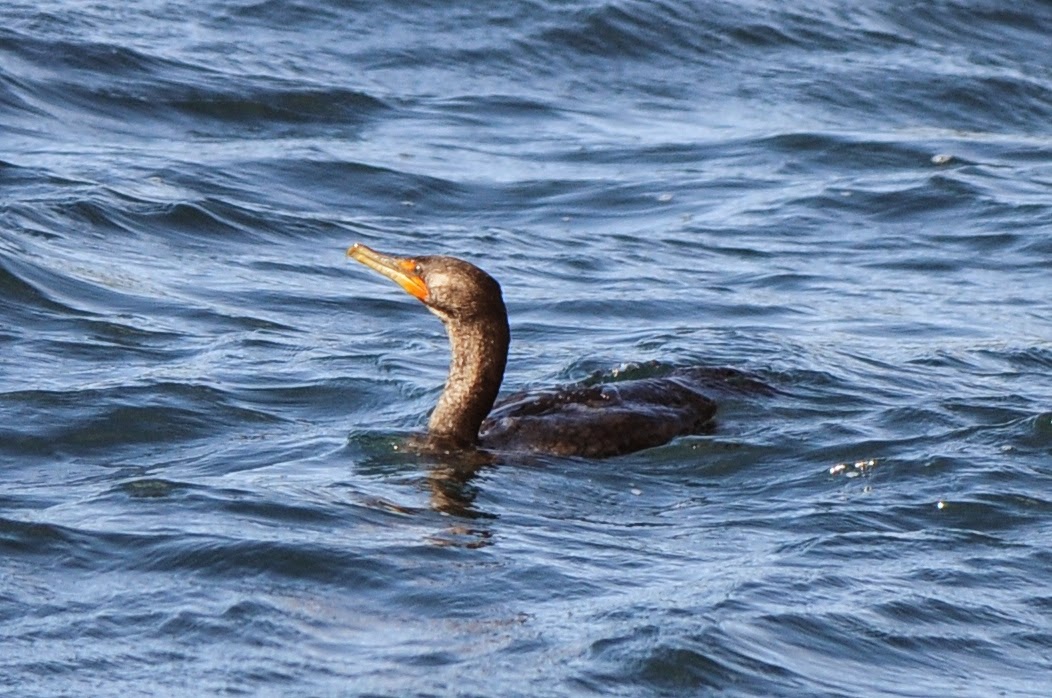 Another goofy but awesome find from the harbor was an OSPREY.  I was calmly scoping the water one morning when I overheard someone in my group telling someone else "There's an Osprey over there".  I whipped around and sure enough, St. Paul's first OSPREY since 1995 was sitting on a light pole by the harbor: 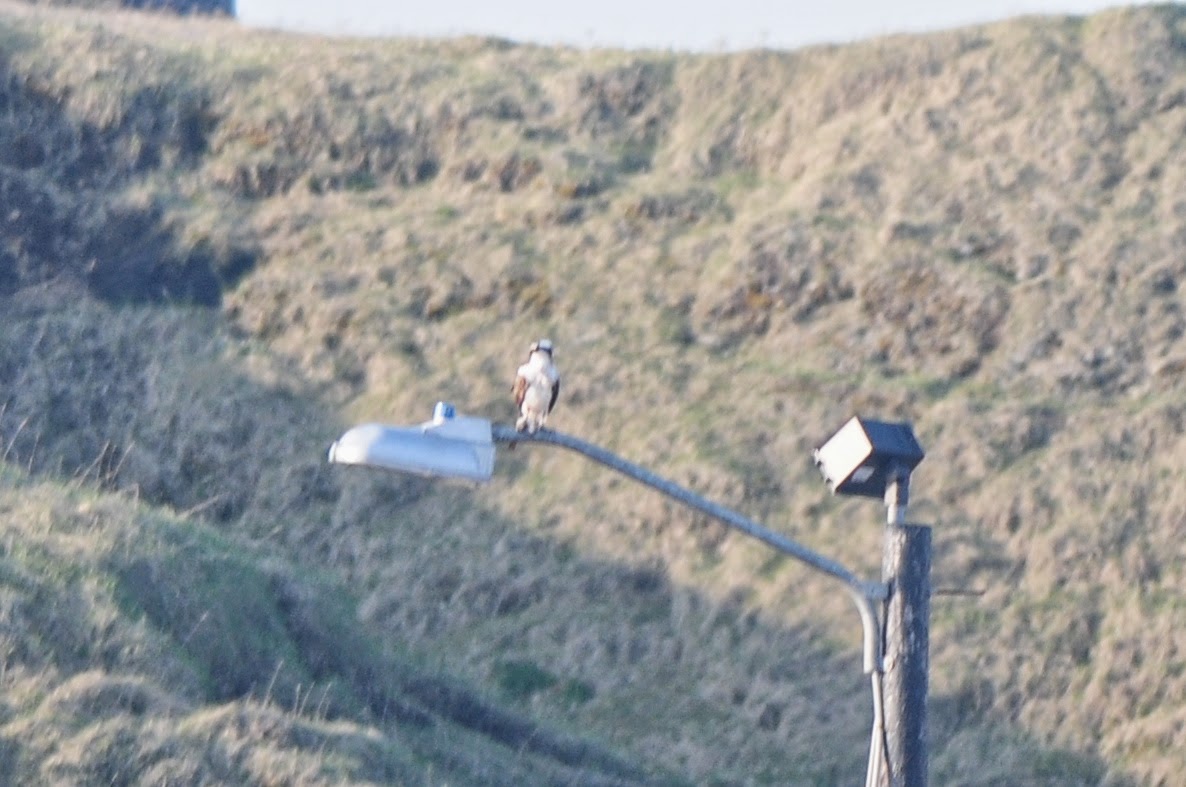 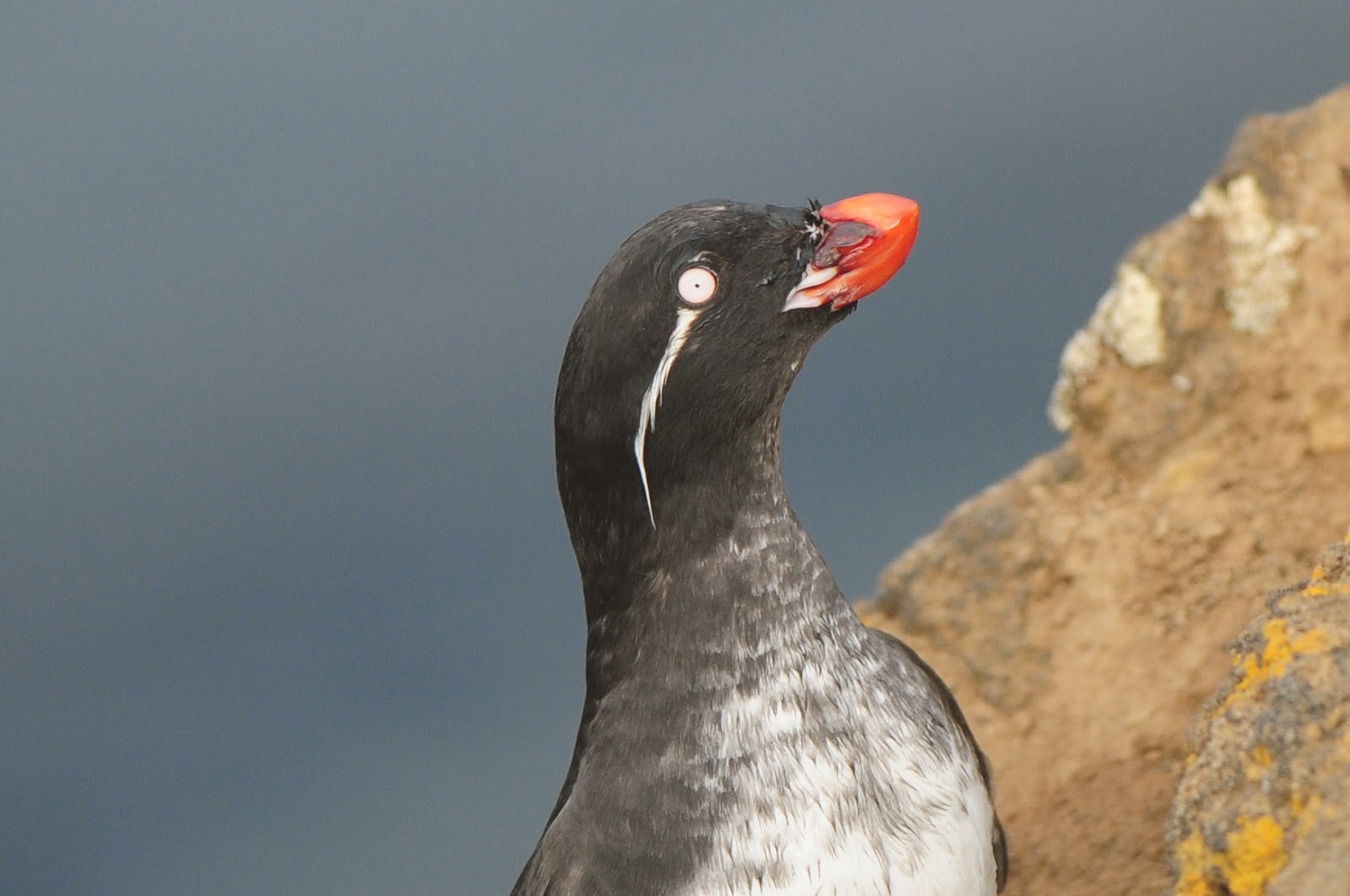 The least common of the breeding auklets is the CRESTED AUKLET (that's not to say they're uncommon though).  On a walk along Marunich, I spied this guy spying on me: 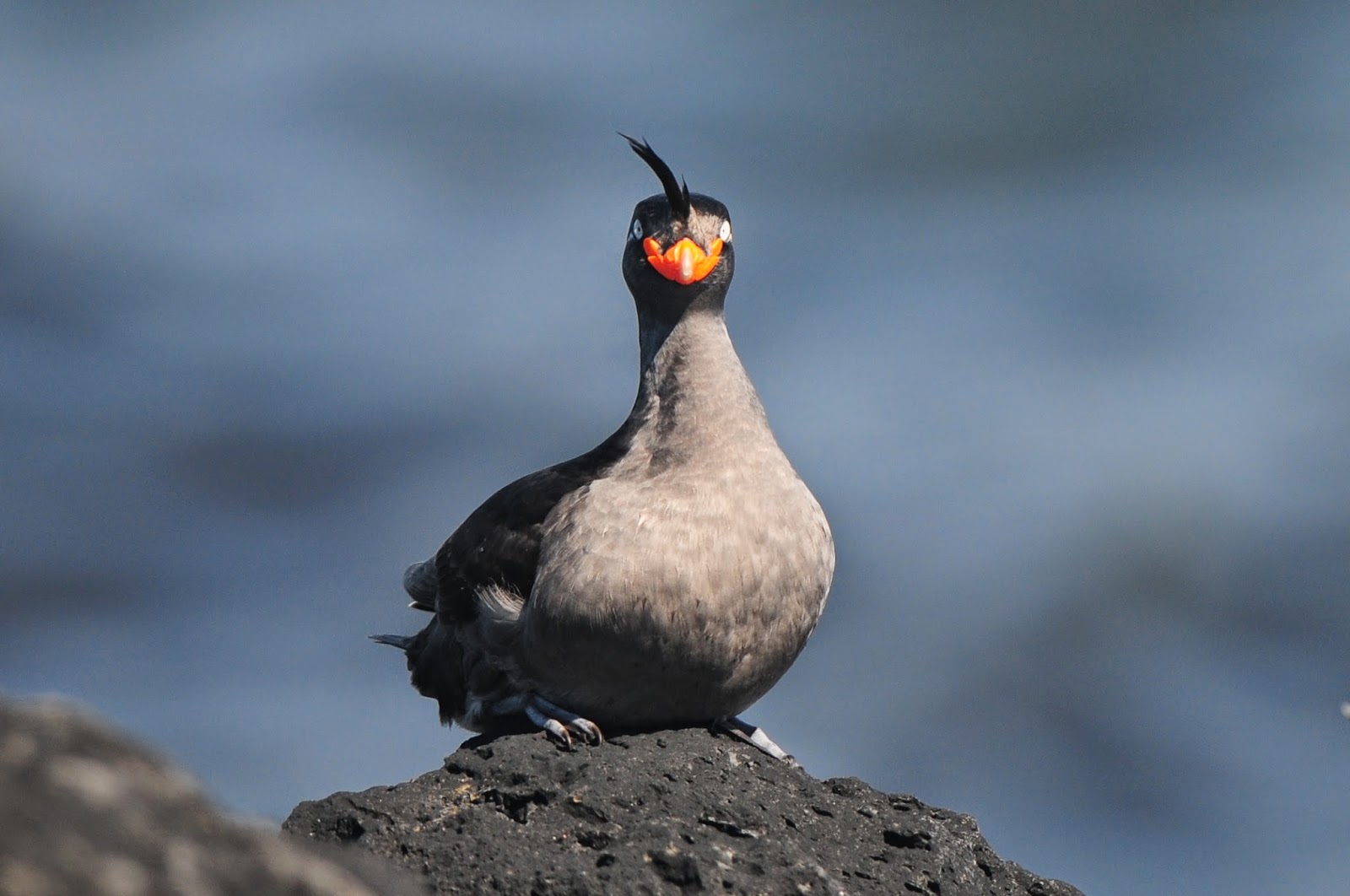 Just yesterday I found myself taking pictures of them again.  This time as a digiscoped photo with my iPhone: 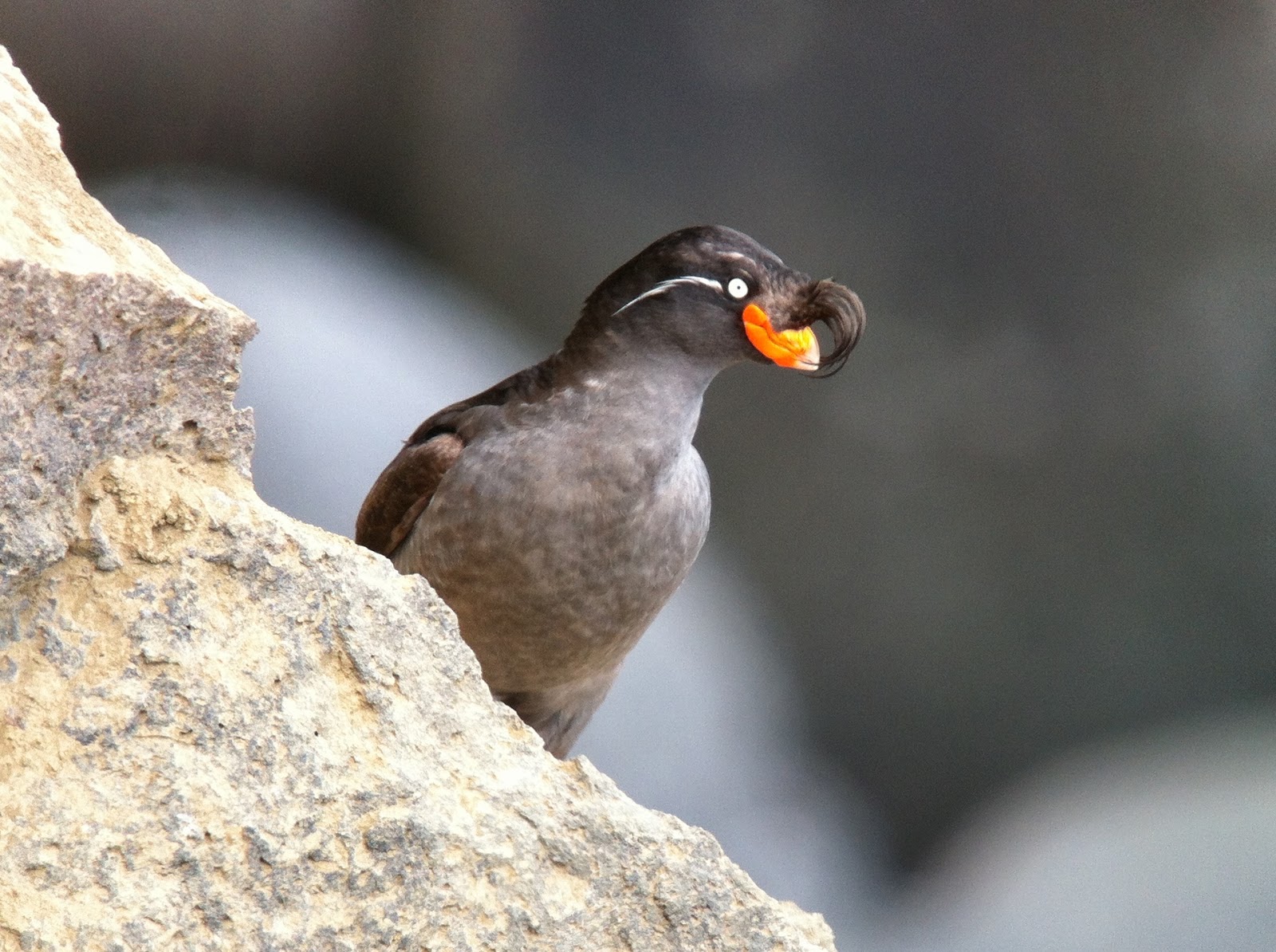 However, most visitors fancy the TUFTED PUFFINS and there's no wondering why if you get a good look at one: 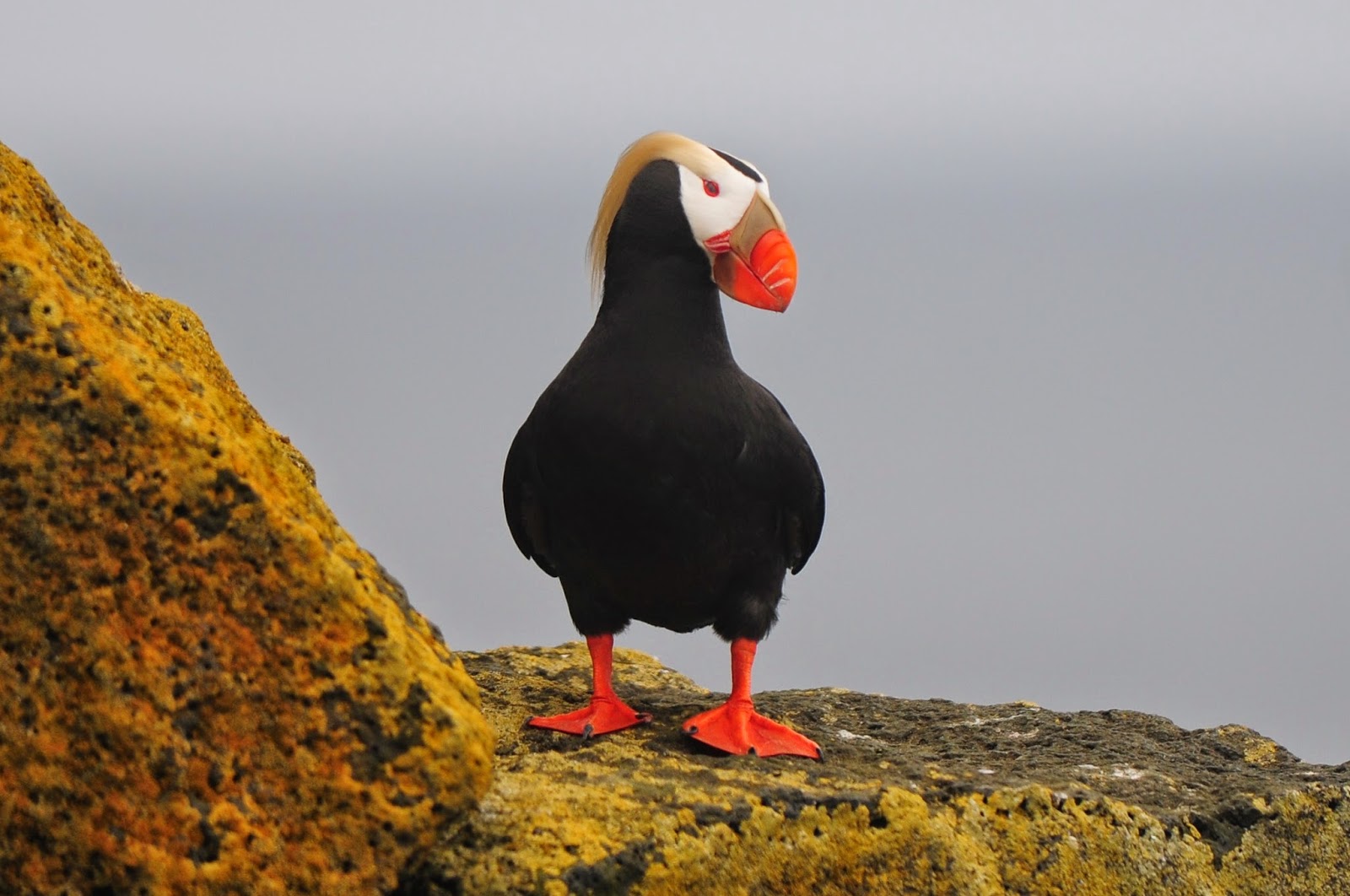 We have plenty of HORNED PUFFINS too.  Here's one gathering nesting material a short distance from where I was standing: 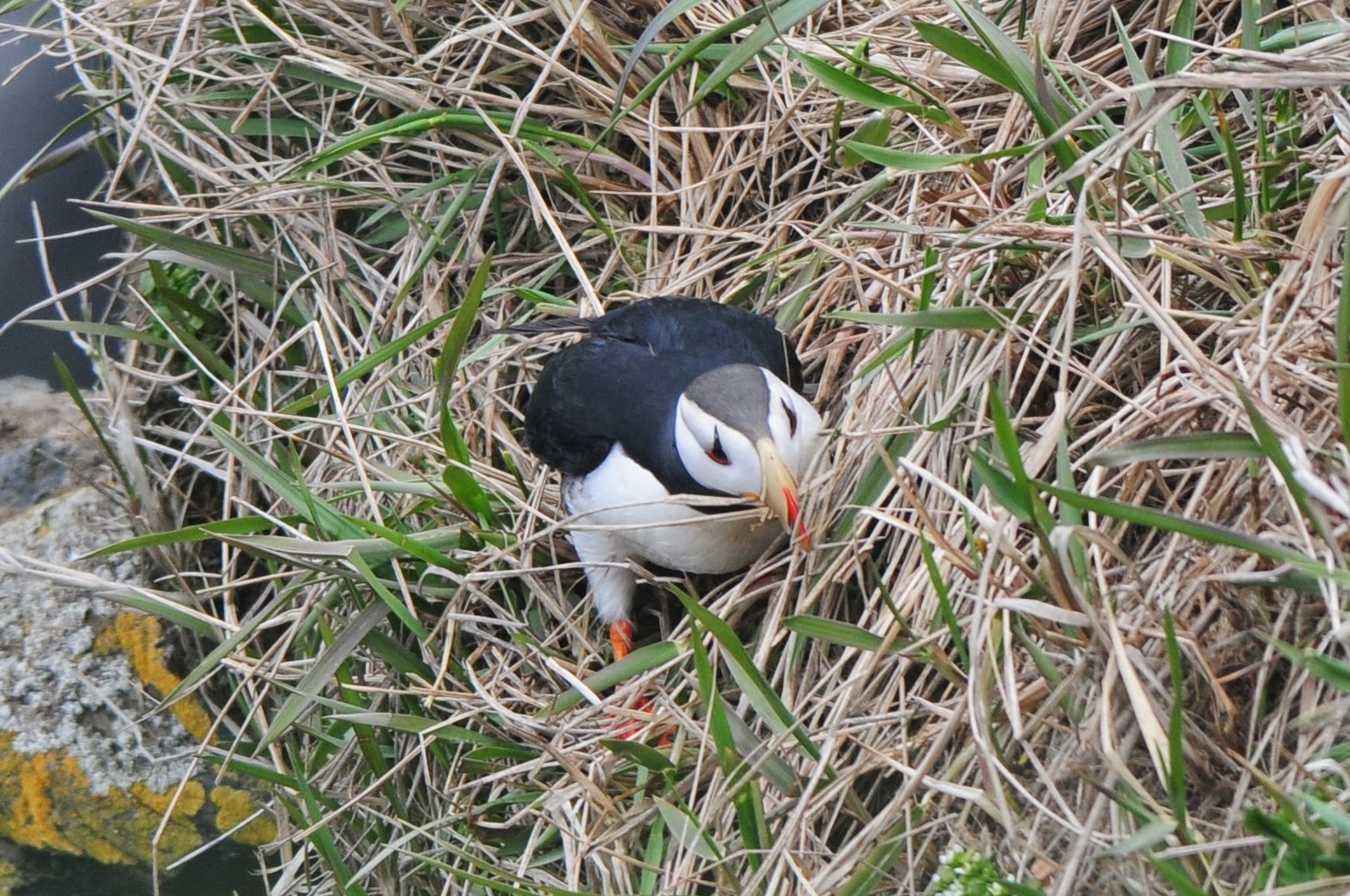 Another random find was this male BRAMBLING I stumbled on while walking the beach at Marunich.  It was feeding actually on the washed-up kelp on the beach: 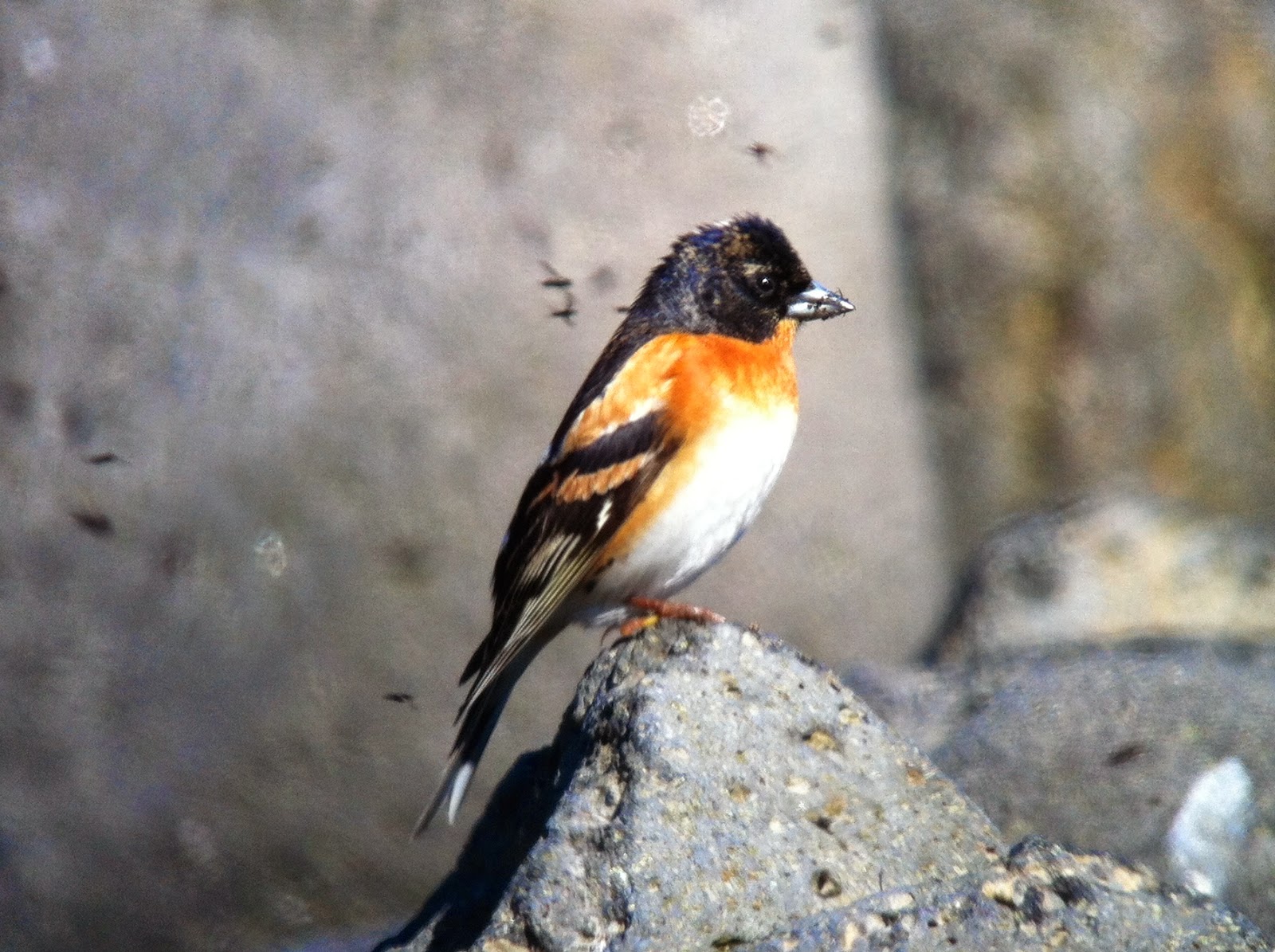 Another bird I found found from the very same location was this RED-NECKED STINT.  This particular vagrant, which is relatively pale for a RNST, was the first of that kind we've had this spring: 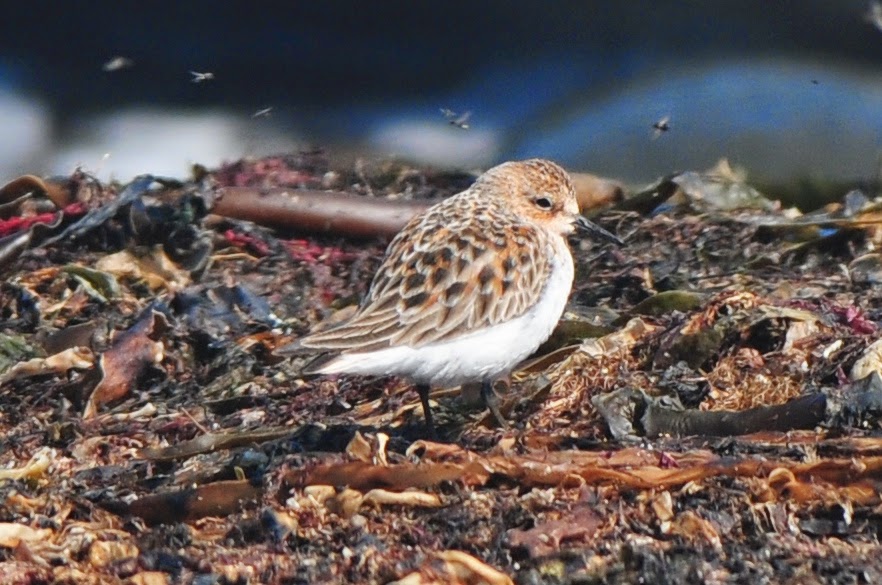 On June 2, a COMMON CUCKOO was found and photographed at Polovina Hill.  Later that day, Glen stumbled on ANOTHER cuckoo up near Novastoshna.  Although it wasn't providing great looks, the consensus at the time was that it was "just another Common".  I finally ventured up two days later to see if it was still around and to get some better photographs of it.  Thankfully, it WAS still around: 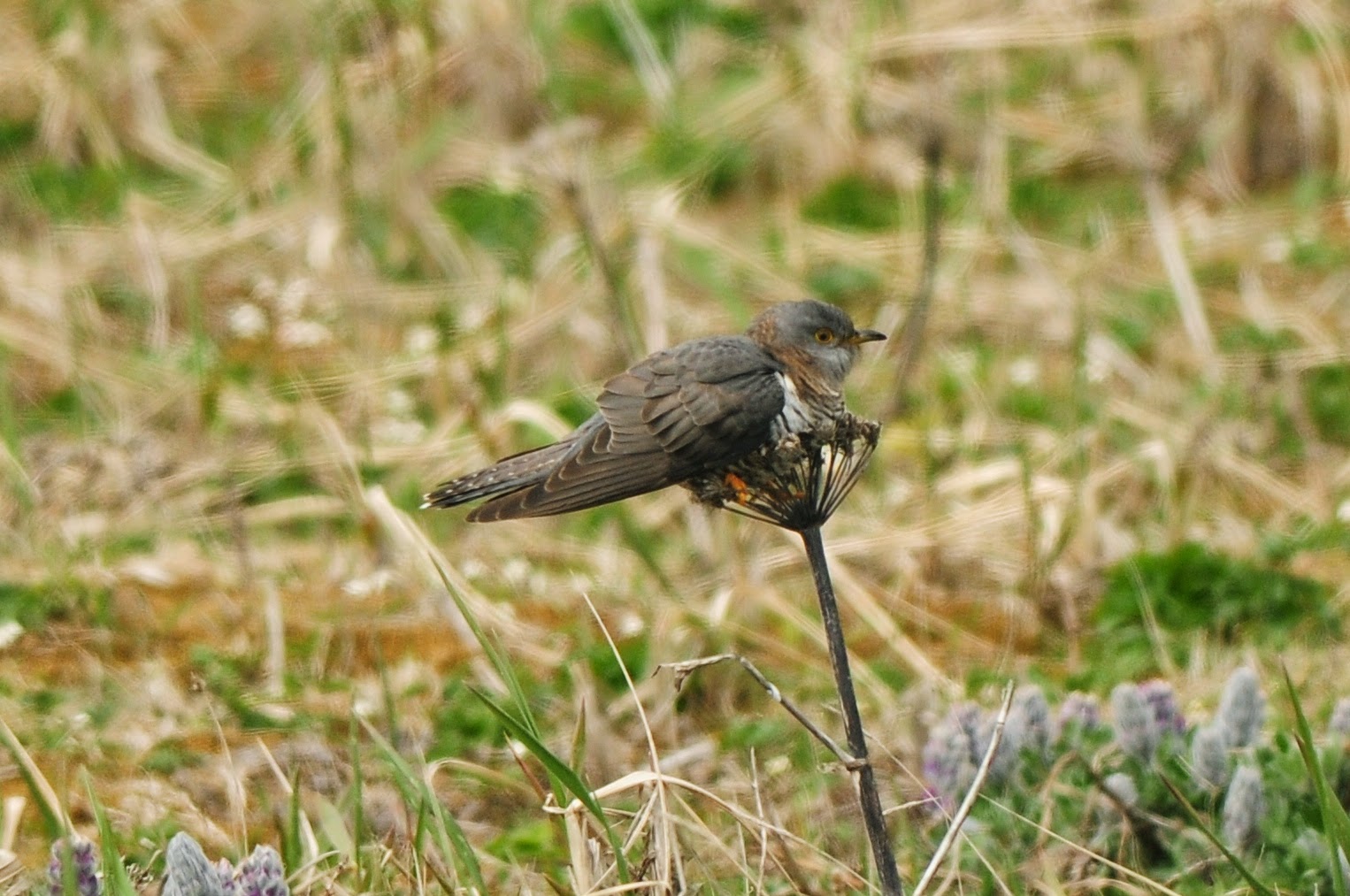 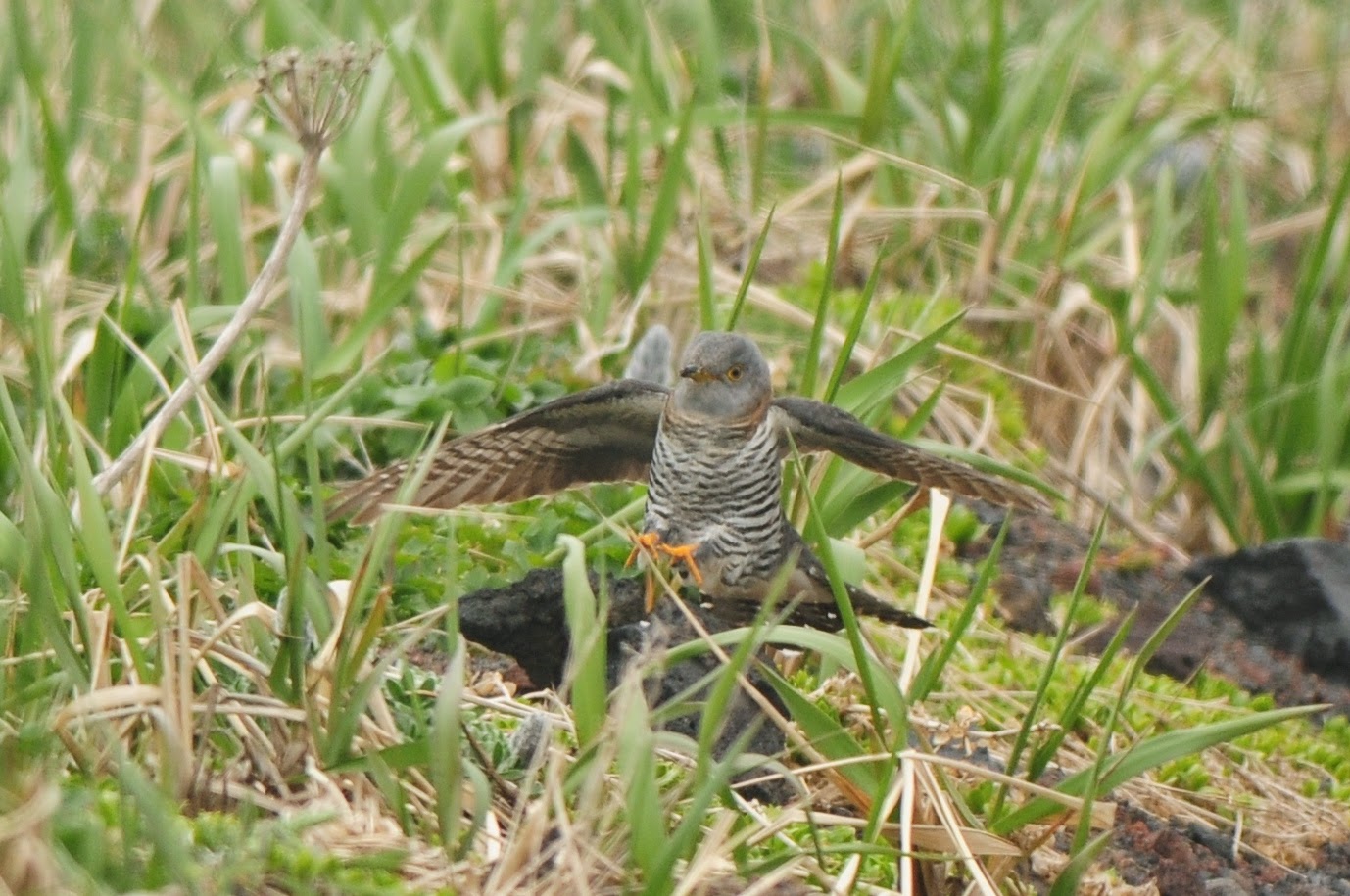 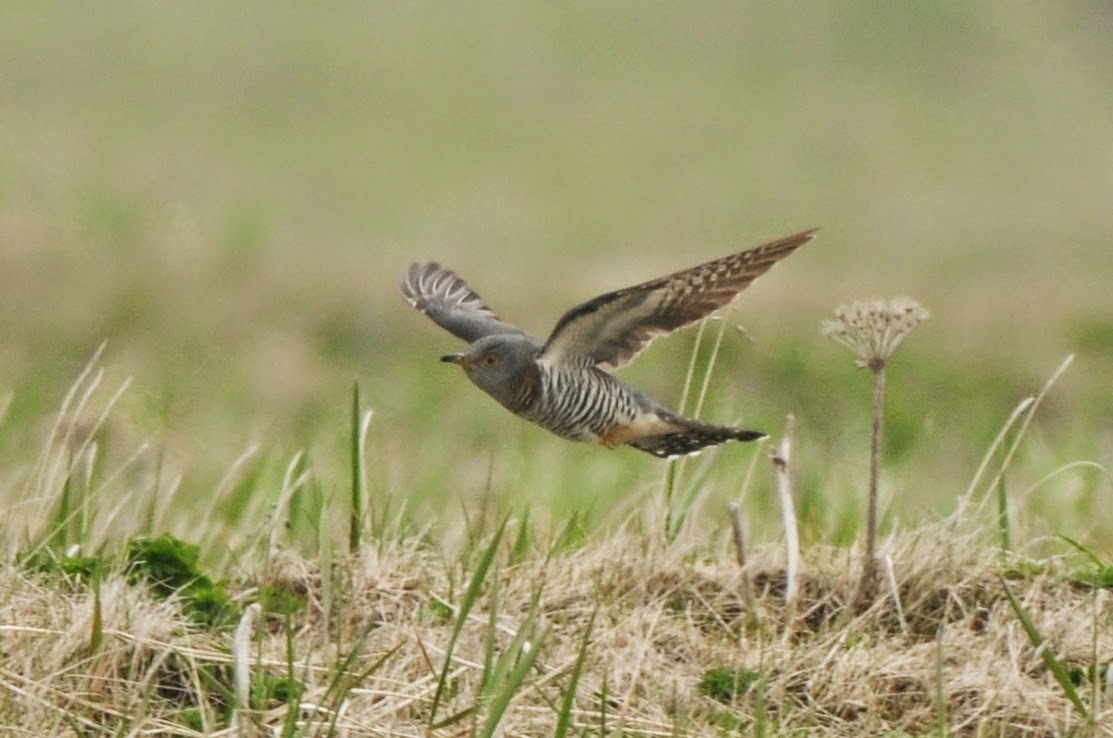 Gavin Bieber, a former guide here and current guide for Wings, spied my photos online and had a hunch about a very similar species.  In short, he brought our attention back to this bird and after plenty of discussion with lots of folks, we all concluded that this was actually an ORIENTAL CUCKOO instead!  Of course, we had no problem accepting this realization given that ORCUs are waaaayyy more rare.

I was in the area yesterday, June 7, and the bird was still around.  It perched on a sign and showed the off-white undertail coverts nicely: 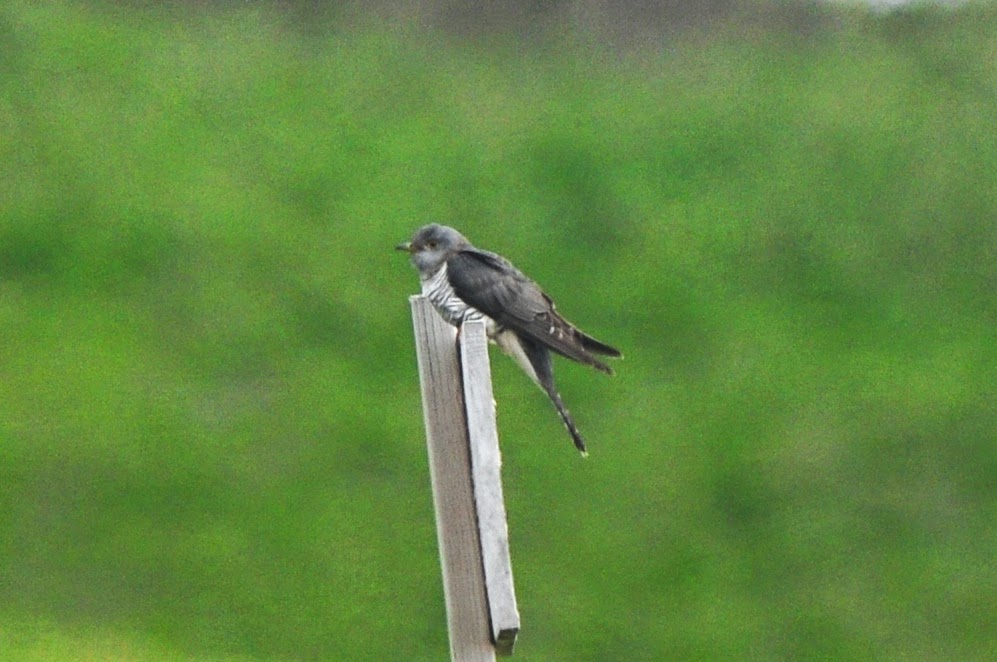 Lastly, if you wander far enough up the upper cut of the quarry, you'll come out on top where you'll have a nice panorama of the lava fields.  It's other-worldly up there, it really is: 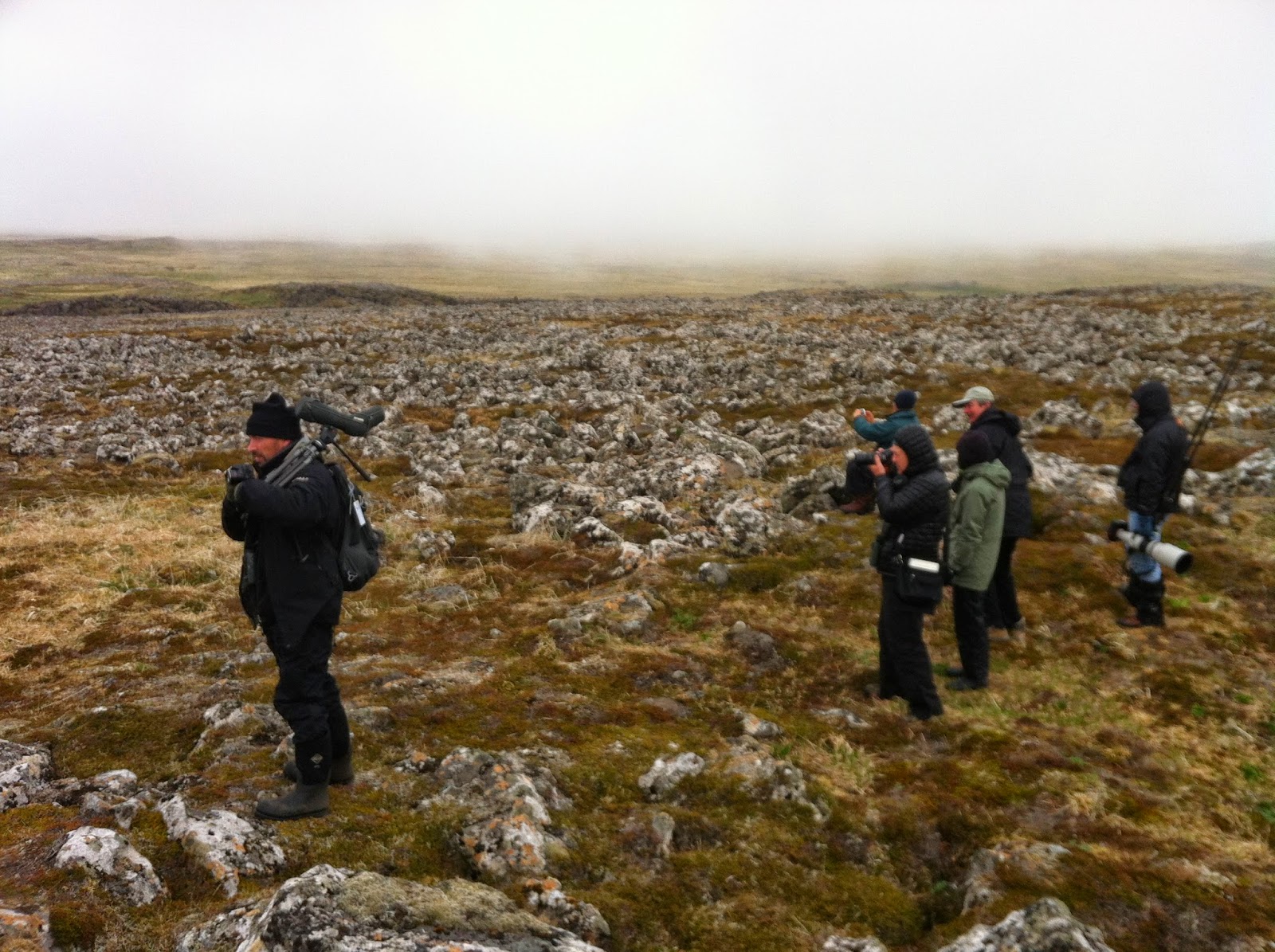