June is continuing to move along and in fact, it's hard to believe that it's nearly half over.  As the summer season continues to approach, many species already have chicks of their own.  It's not uncommon now to see NORTHERN PINTAILS with tiny broods swimming along in various lakes.  Along those lines, I peeked into a ROCK SANDPIPER nest yesterday and found that the chicks had hatched probably within 6 hrs prior (many species of shorebirds are precocial and chicks are capable of leaving the nest within hours of hatching).  Here's the cup o' fluff: 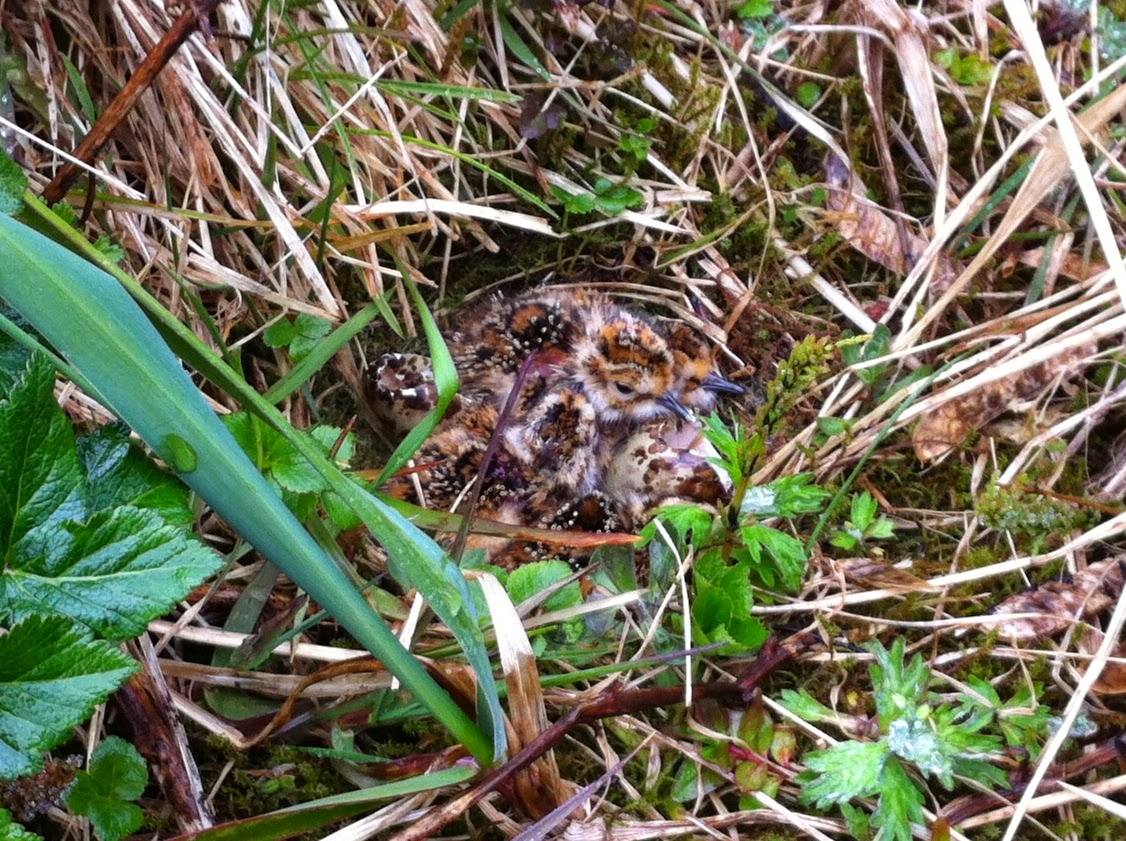 Although they don't breed here, we swung by Antone Slough to study two different races of CACKLING GOOSE that were found earlier in the day.  The one on the left with the white neck collar is B. h. leucopareia ("Aleutian") and the one on the right is B. h. minima ("Cackling").  It was the first time this season that the latter had been seen here: 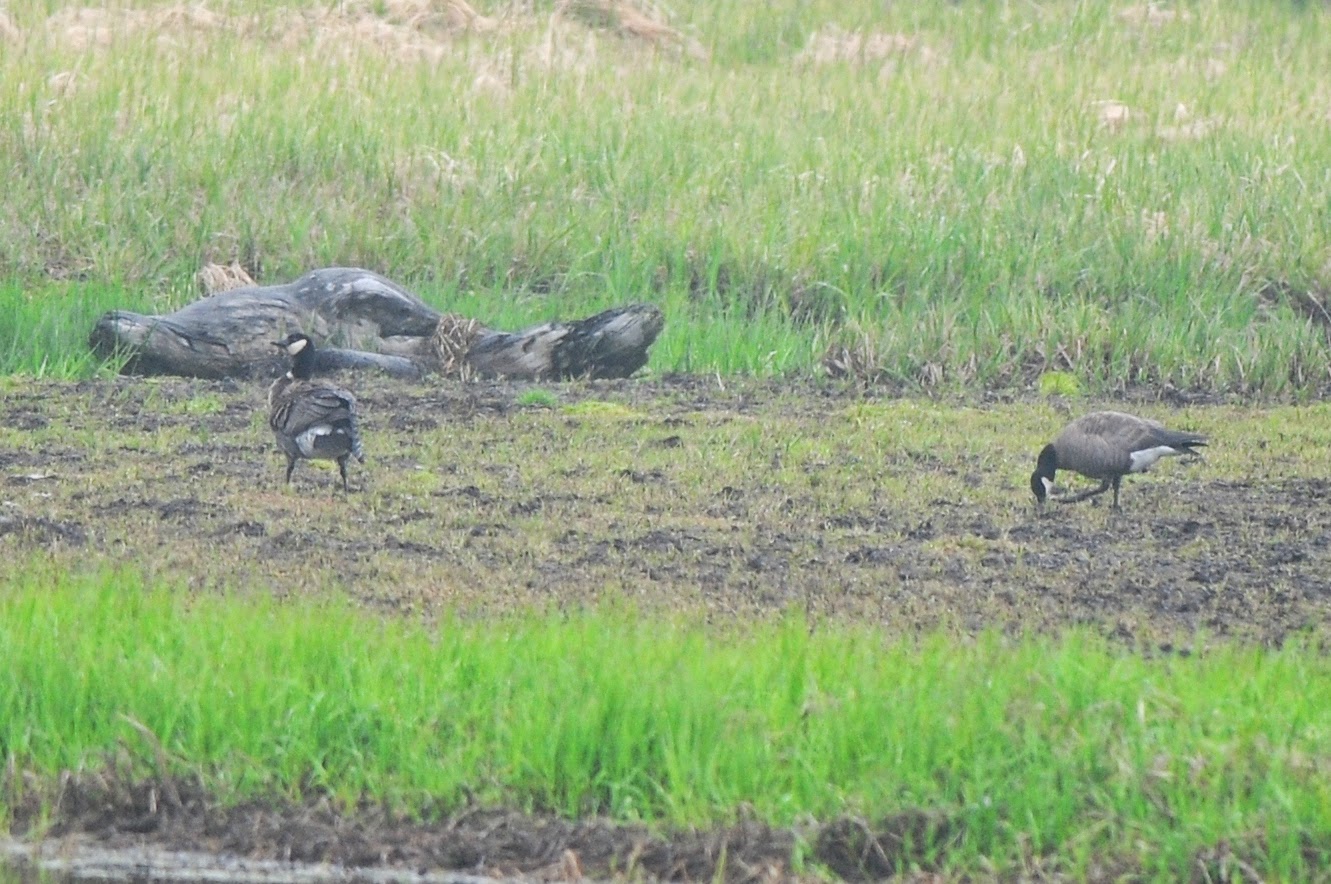 Although most of the ARCTIC FOXES here are dark in color, there are a couple of white ones around too.  I was venturing along the coast at Marunich the other day when I spotted this fox curled up on a rock taking a snooze.  As I passed by, the fox continued to sleep, oblivious that I was even there.  I eventually cleared my throat and it finally woke up just to glare at me for a few minutes: 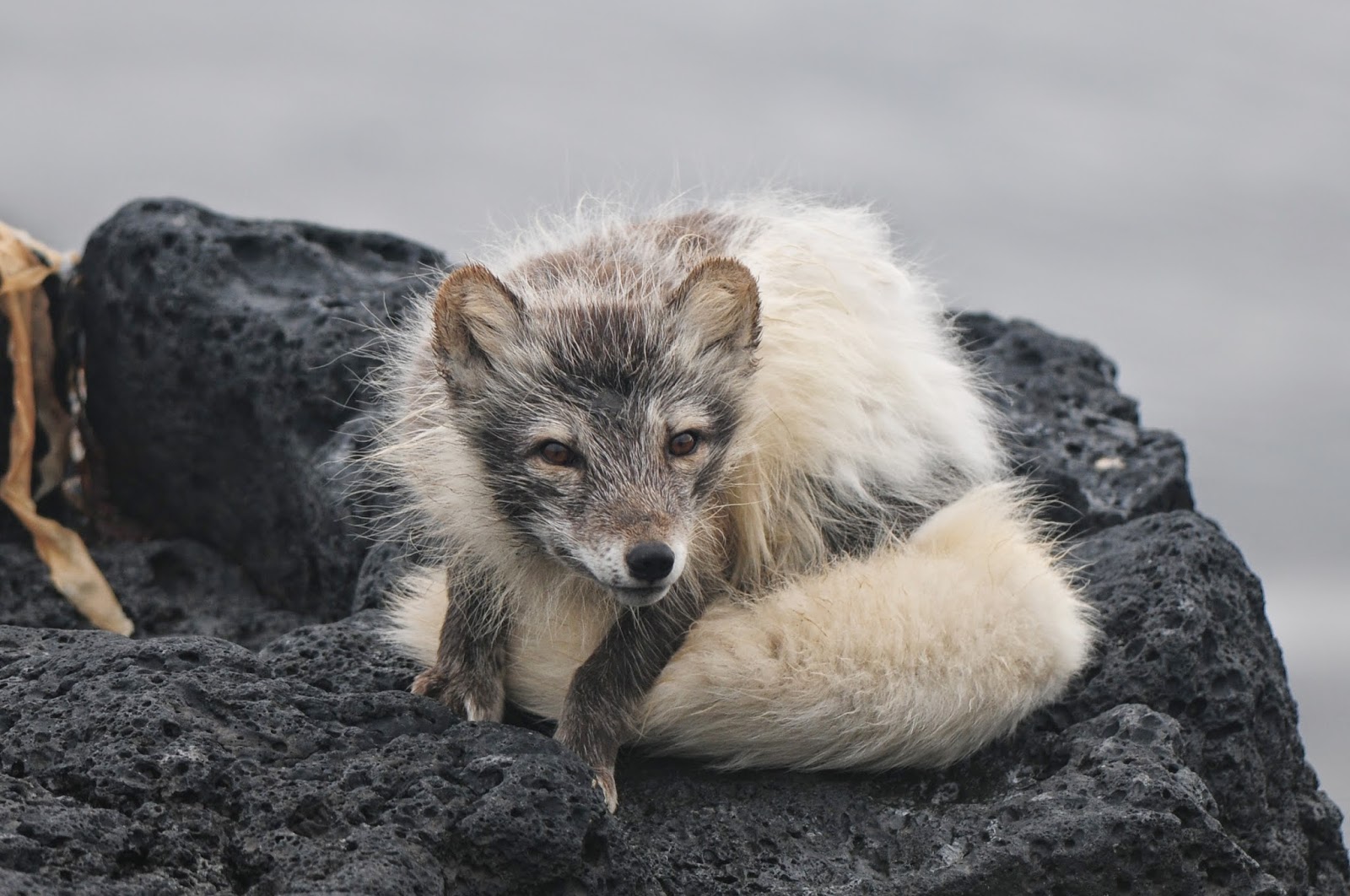 The WANDERING TATTLERS are getting harder to come by at this point in the season.  They don't breed on the island so they'll be considered uncommon if they're still around in another week or so.  This one was at Marunich: 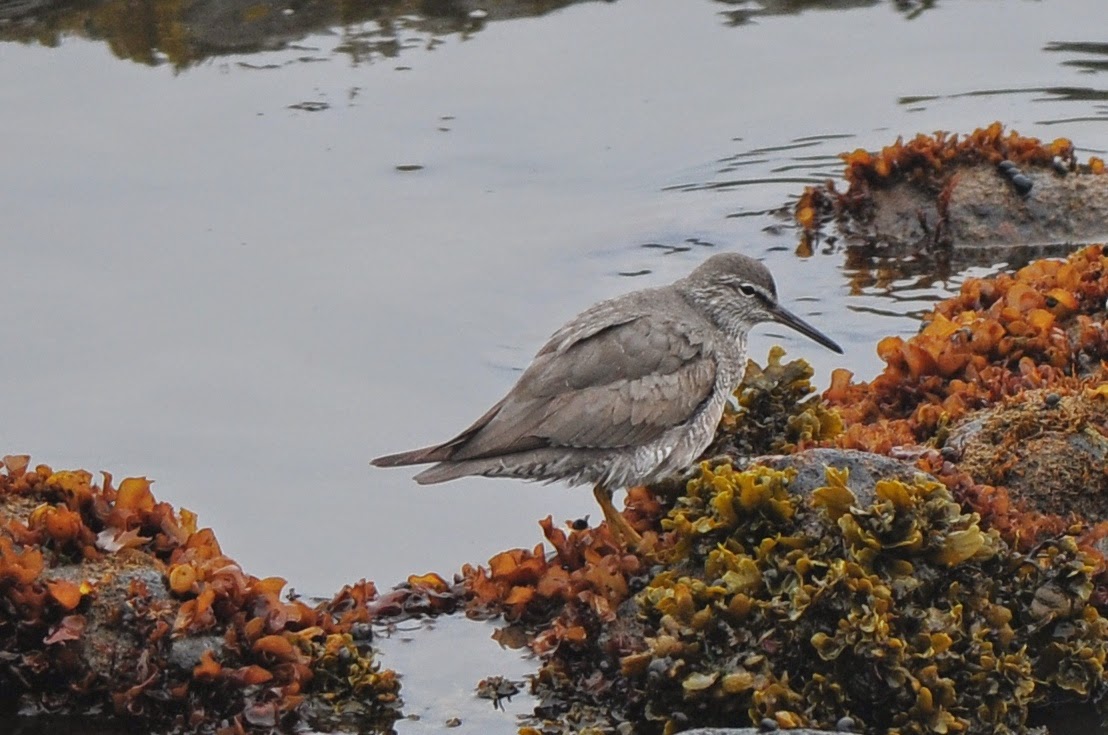 Our group was lucky yesterday to relocate the COMMON CUCKOO that Gavin had found the day before.  However, it was raining and the fog was quite thick in the upper cut of the quarry.  Basically, we could tell it was a cuckoo and that was about it: 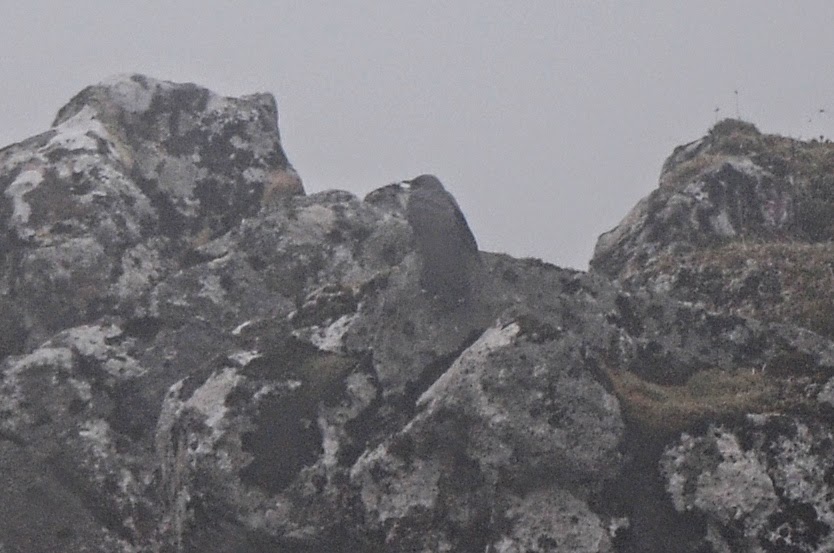 As one would expect, I continue to visit cliffs often with visitors (this theme will continue for the next 4 months).  A popular bird to target is the RED-FACED CORMORANT.  Here's an adult sporting the red face, two tufts, and a big pale bill: 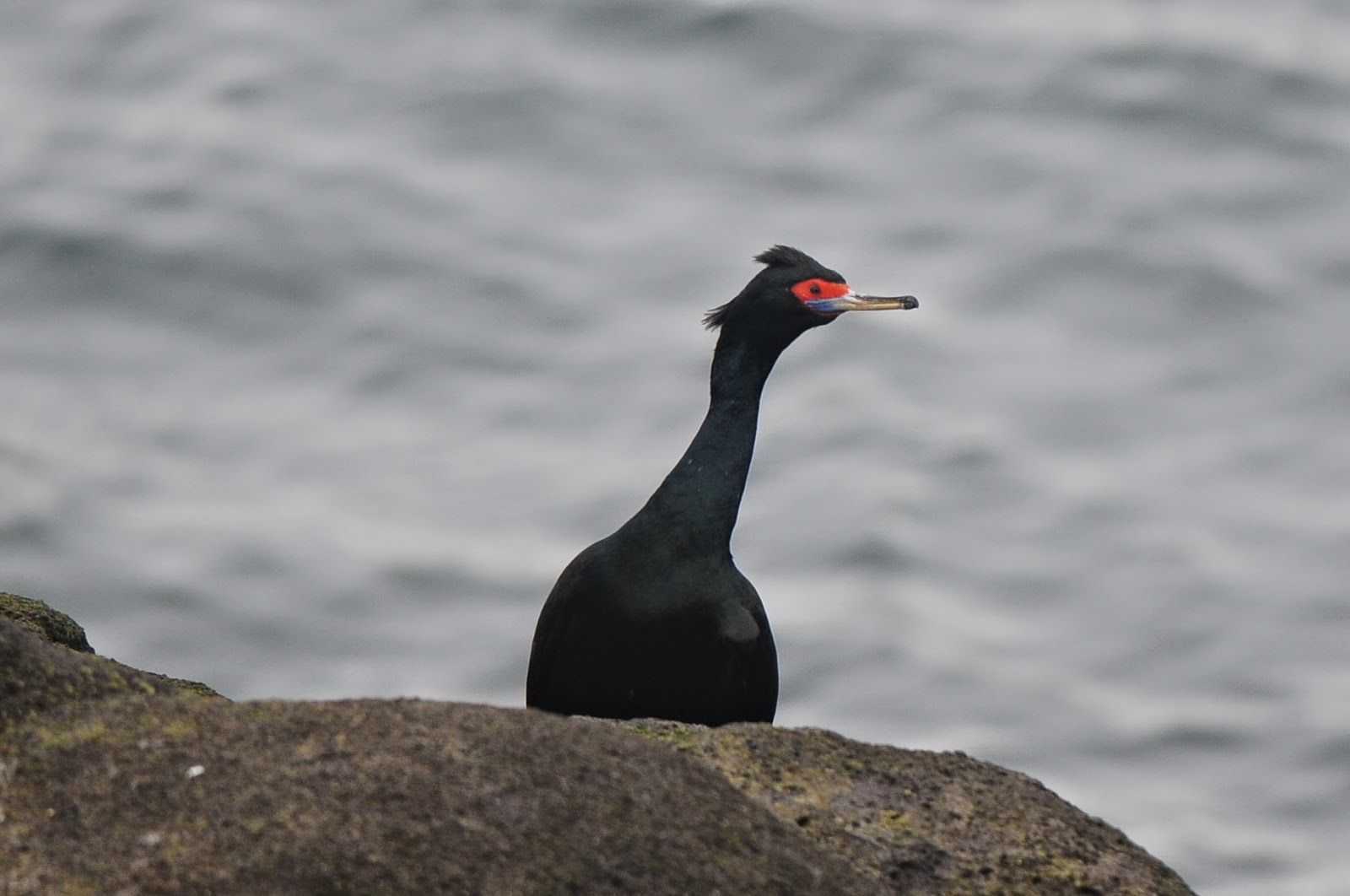 Almost all the birders on the island were lucky to see an EYEBROWED THRUSH, a rare Asian vagrant, at Polovina Hill the other day.  I say "almost all" because, well, I was the only birder who didn't.  In truth, I was at home in the shower when the phone call came and by the time I made it out to the hill, the bird had just flown out of view.  Long story short, I scoured the hillside for hours that evening and then again the next day but came up empty-handed.  I can only hope that one shows up again during my stay this year.

I'll end with a flower picture.  In my scramble around Polovina Hill looking for the thrush, I stumbled on this flower which I immediately knew was a new one for me out here.  I looked it up after the fact and it's called Weaselsnout.  What's cool is that the plant guide said they're uncommon on the island (we'll see if that's true) and that the best place is on the east side of Polovina Hill (right where I was!): 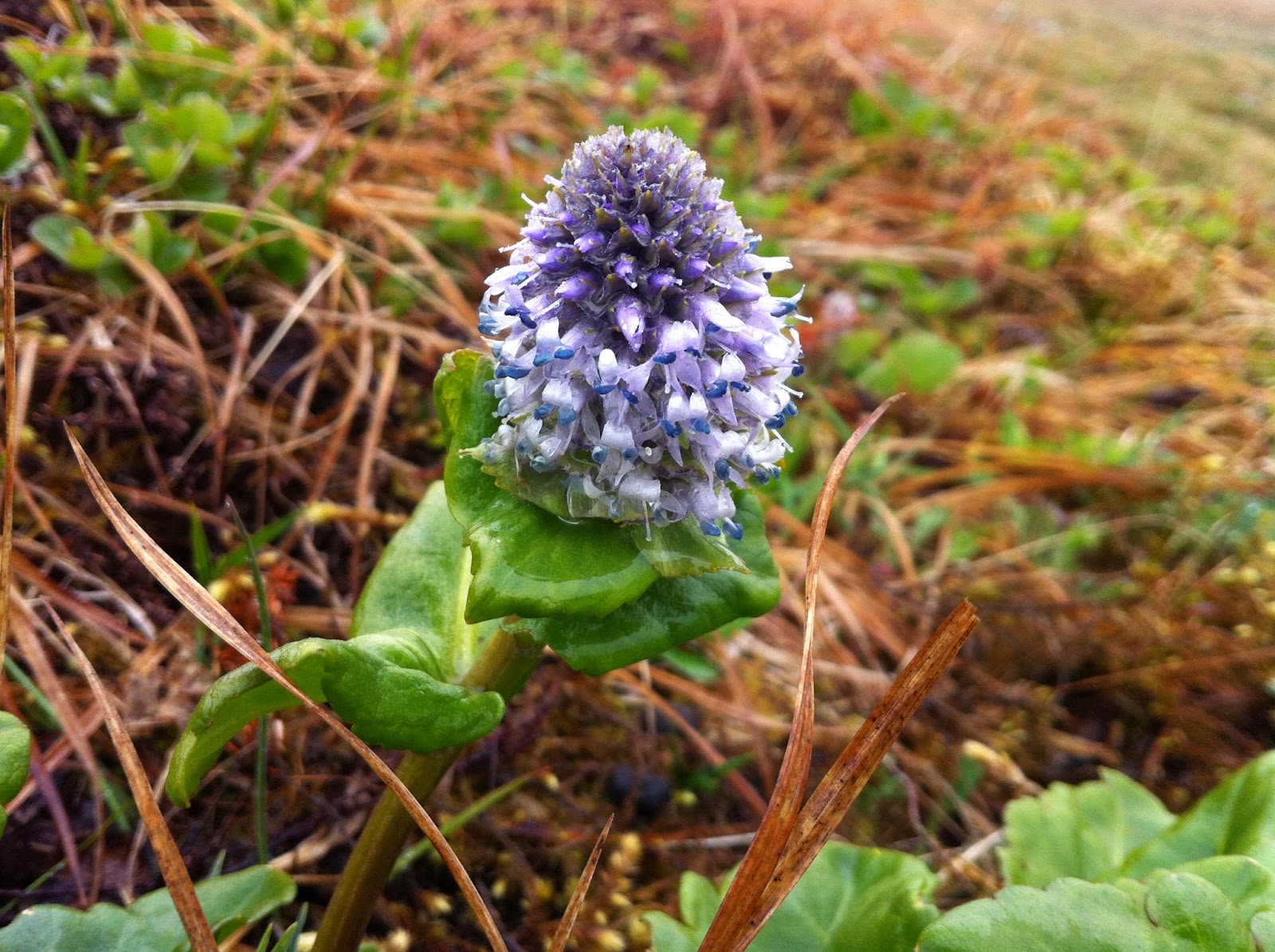