The Sizable Year at a close

Although it is now a week into the new year, I never formally concluded my Sizable Year here on my blog.

Before I get to the numbers, highlights, and big misses, I figure I may as well mention my last year bird of 2013.  I was visiting Morro Bay in San Luis Obispo County, California... and my timing couldn't have been better.  There was a "King Tide" in the works and I wanted to be on the boardwalk for hopefully a glimpse of the wintering NELSON'S SPARROW.  Although I would see this species each fall when I lived in Iowa, I did not see any this year during my time in Michigan.  And as an added bonus, it would be a new state bird for me here in California.

I found myself there at dawn, surrounded by the clamorous flocks of BRANT: 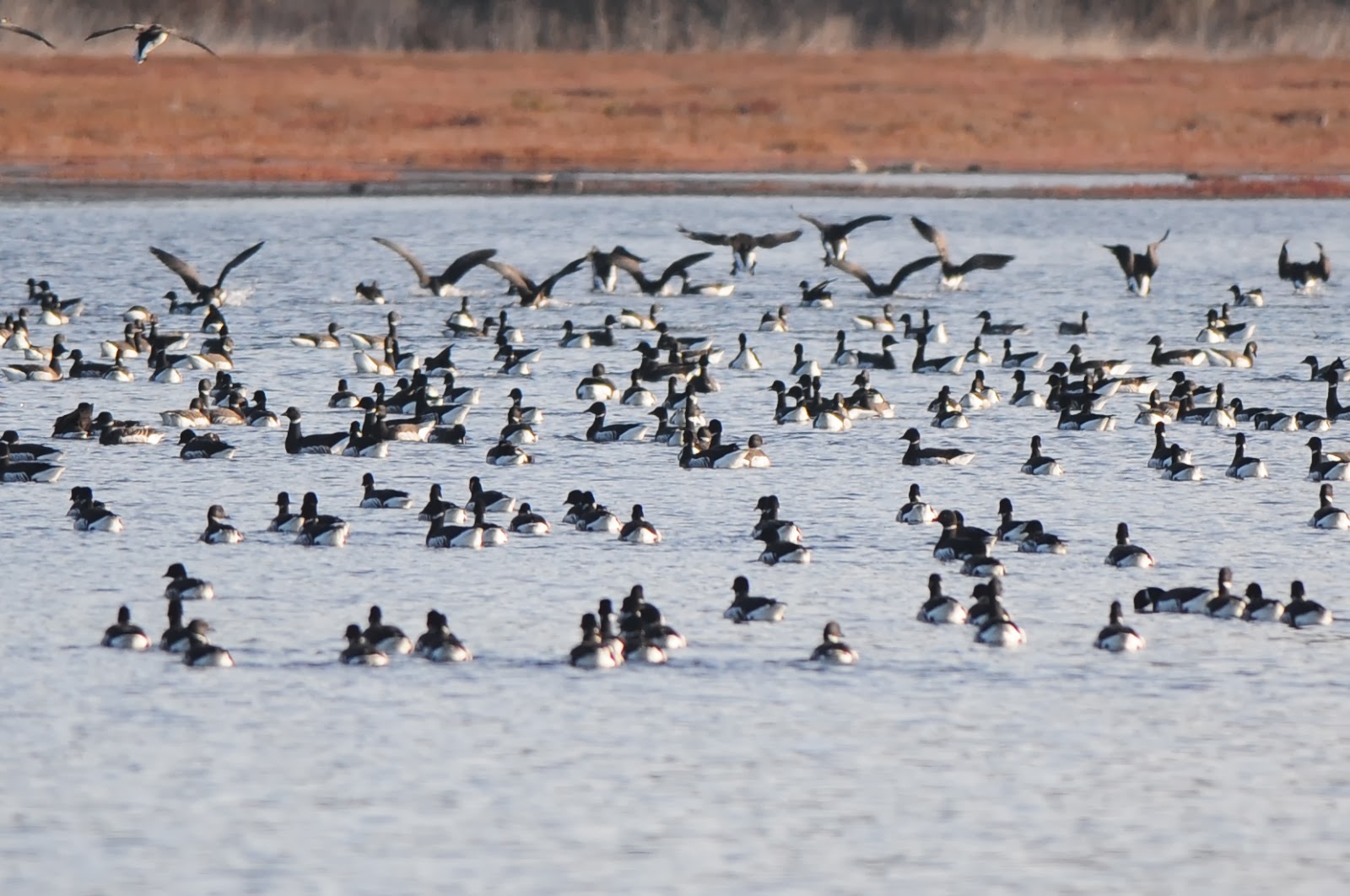 Even some CASPIAN TERNS got in on some of the action: 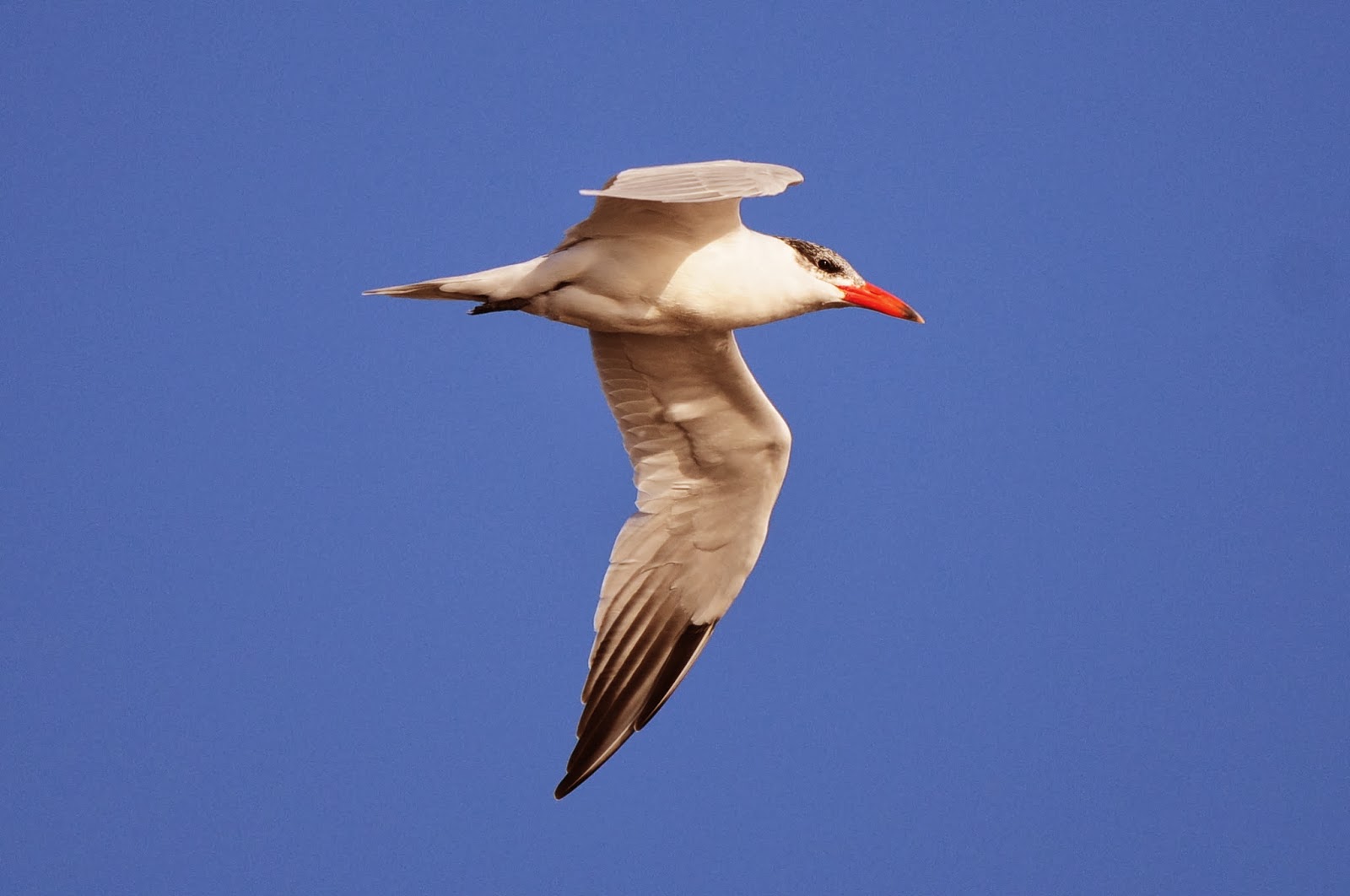 However, people weren't seeing the NELSON'S SPARROW in the usual bush.  I started to wander to other spots in order to sift through all the sparrows as they were being pushed closer and closer to us by the incoming tide.  Before I knew it, there it was, an awesome orange sparrow skulking around not more than 20 feet away!  What luck.  Not everyone got to see the bird and so I consider myself very lucky indeed.

So, the year was finally at a close and I could rest easier knowing I wouldn't be tempted to chase nearby year birds.  It was a fun year for birding, I can't lie.  I had been lucky to do quite a bit of traveling back and forth across the country, managed to do some long-distance chasing, and even managed to see a bunch of birds.  :-)

About halfway through the year, once I realized I was going to target year birds a little, I figured that breaking my previous year list was my initial target (593 species set in 2011).  So that was my goal... at first.  Once I reached that goal, I next took aim at 600 species.  Although, sure, seeing 600 species of birds was nothing compared to the awesome effort into an actual Big Year by Neil Hayward, I was merely a bird bum, a biologist that happened to be doing a lot of traveling.  I'm happy to say that I reached 600 species this year.  In the end, I tallied 611.

The American Birding Association gives a ranking (1-6) to each species on its checklist; 1 for the easiest/commonest species and 5 for the hardest/rarest (code 6 are extinct).  So, I'll give some highlights of code 3 and 4 birds that I was lucky to see in 2013:

In total, I added 26 new ABA birds to my life list in 2013, much greater than anything I would have imagined at the start of the year.  In fact, this was my most productive year for life birds since 2004, nearly 10 years ago!

Personally, I think it would be more interesting to hear what I missed instead of what I actually saw.  Of course I missed many things that I never tried for (for example, I never visited Alaska, I didn't do any pelagic birding, and I didn't visit the north Atlantic coast).  Still, some species that slipped through really stand out to me:

So with that, I'd like to thank all of the birders that helped me out as I chased a few birds here and there.