Time to hit the Sac

With the Sizable Year a not-so-distant memory, I needed some aim, some birding purpose to start the new year with.  Birders often have an itch, a nagging need to see birds SOMEWHERE but it was clear that I had no intention of doing what I did last year, I needed to travel less.  So, what better way than to focus on Sacramento County, California.  I haven't birded my home county as much as I would have liked during the last couple of years so this would be a good chance to make up for lost ground.

I wanted to start 2014 with a bang (or at least a thud) so I decided to do a serious day of birding on the 1st of the year.  My goal for the day was pretty simple; see 100 species.

I started at Cosumnes River Preserve which is a great place for waterfowl, shorebirds, and riparian birds.  It seemed like a decent place to start a well-rounded list, right?

It started out in the fields along Desmond Road (part of CRP).  Here's a flock of GREATER WHITE-FRONTED GEESE with a couple starting to depart.  This species is the most-abundant goose species where I live: 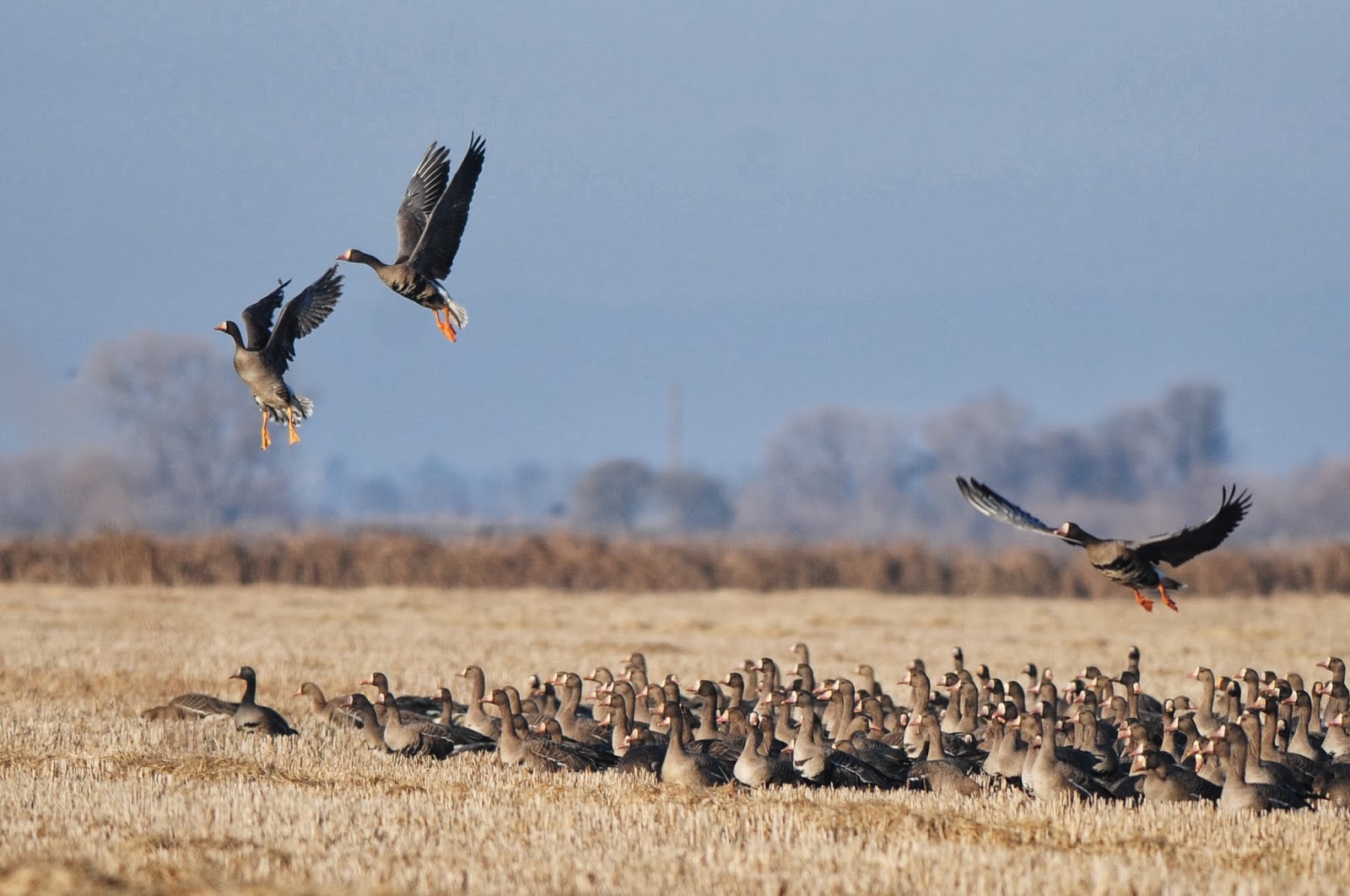 Next up is a drake GREEN-WINGED TEAL nearly glowing with the morning light: 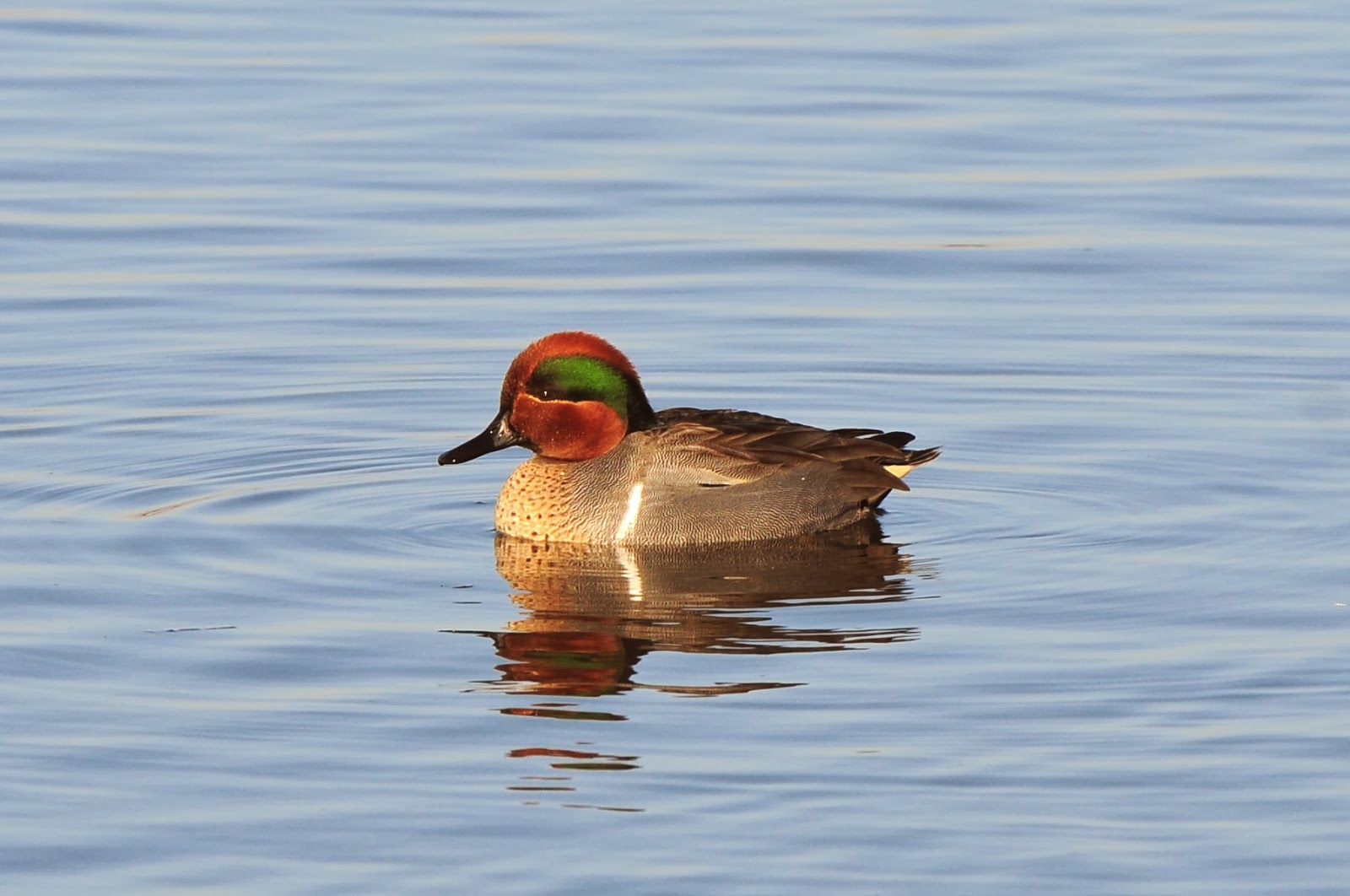 Fast-forward a couple of hours and I ended at Cosumnes with about 70 species.  Here are a couple of checklists from my visit:

I next decided to drive up to Michigan Bar Road, a well-known birding destination in Sacramento County for various things like Lawrence's Goldfinches (spring/summer) and Lewis's Woodpeckers (winter).

As expected, species such as WESTERN MEADOWLARK were abundant: 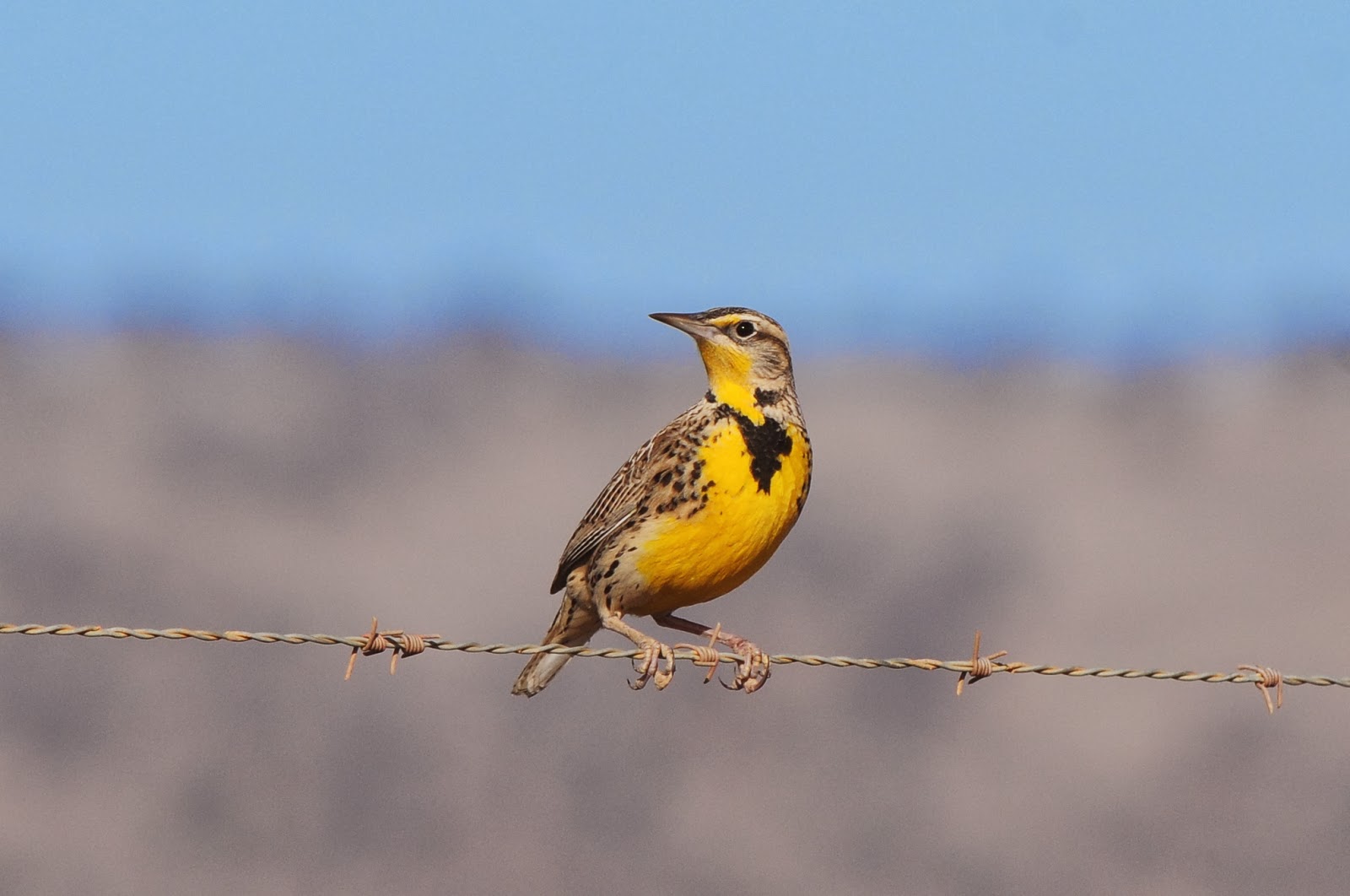 I specifically really enjoyed the LEWIS'S WOODPECKER show; I ended the visit with 20 of them (split between Michigan Bar and Latrobe roads).  They're quite distinctive in flight, a dark bird with a rowing flap; one can pick them out at a distance: 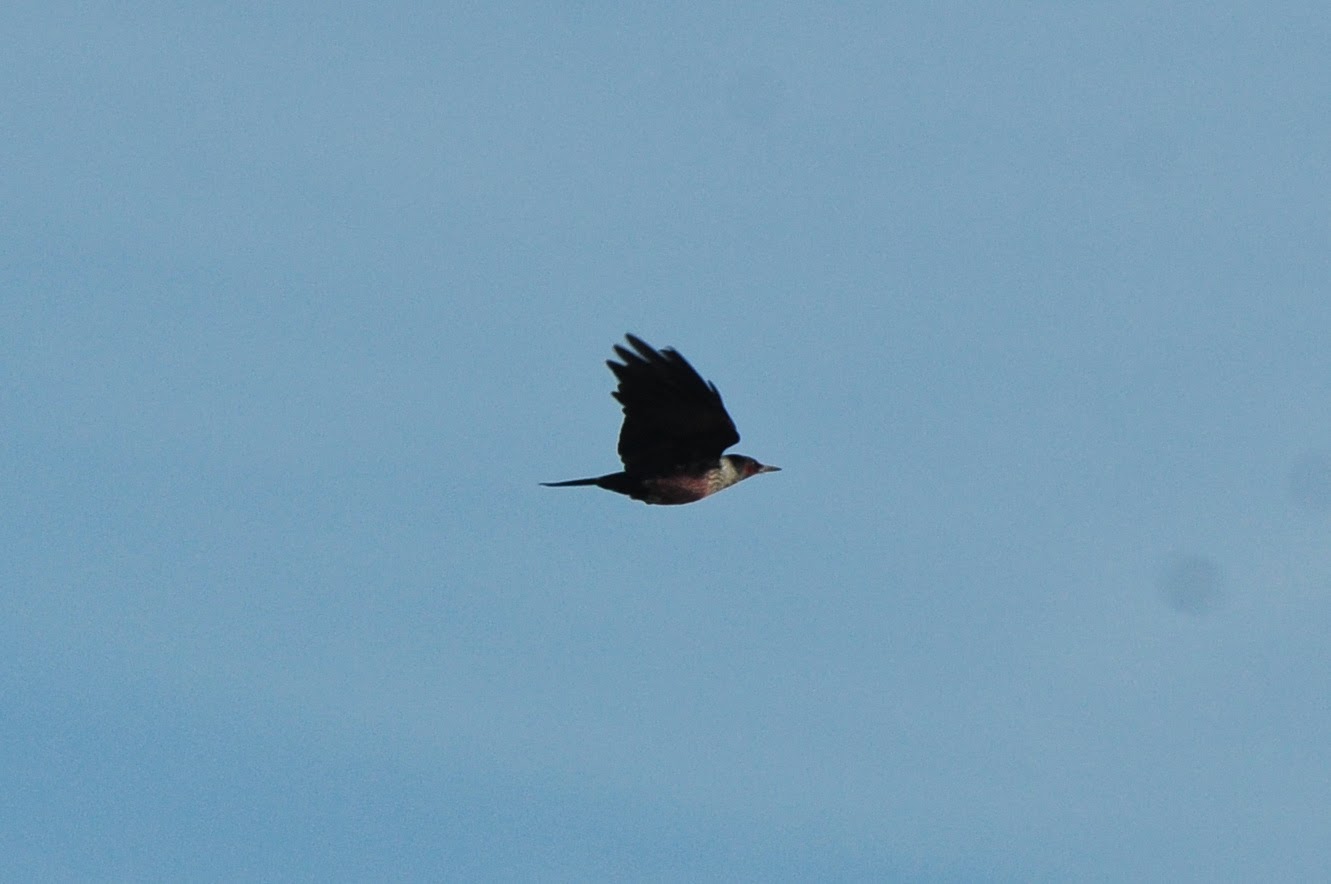 They often like to perch up high in the oaks (sometimes the very top) that litter the grassy hillsides: 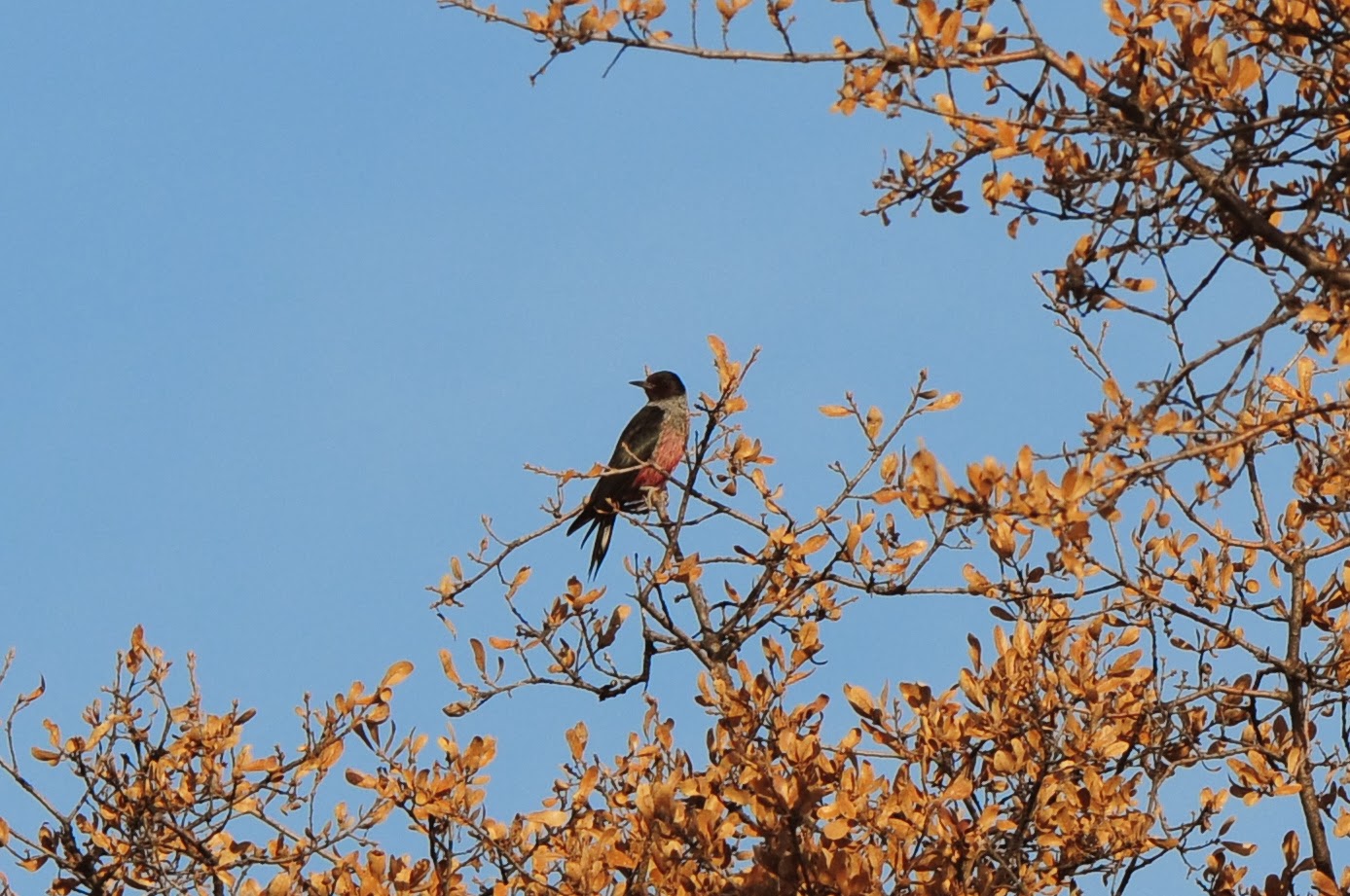 After it was all said and done, I ended the day with 97 species, 3 shy of my goal.  Oh well, I guess that means I would continue to bird Sacramento County in the coming days.

One of the targets later in the week was EURASIAN WIGEON that had been reported in northern Sacramento County.  This species had eluded me in my home county until this visit; I ended up finding 2 males with a quick scan of my bins.  I would have spent more time scoping them but the road for viewing is a small, levee road where stopping is nearly impossible.  Either way, here's a quick picture of the male wigeon: 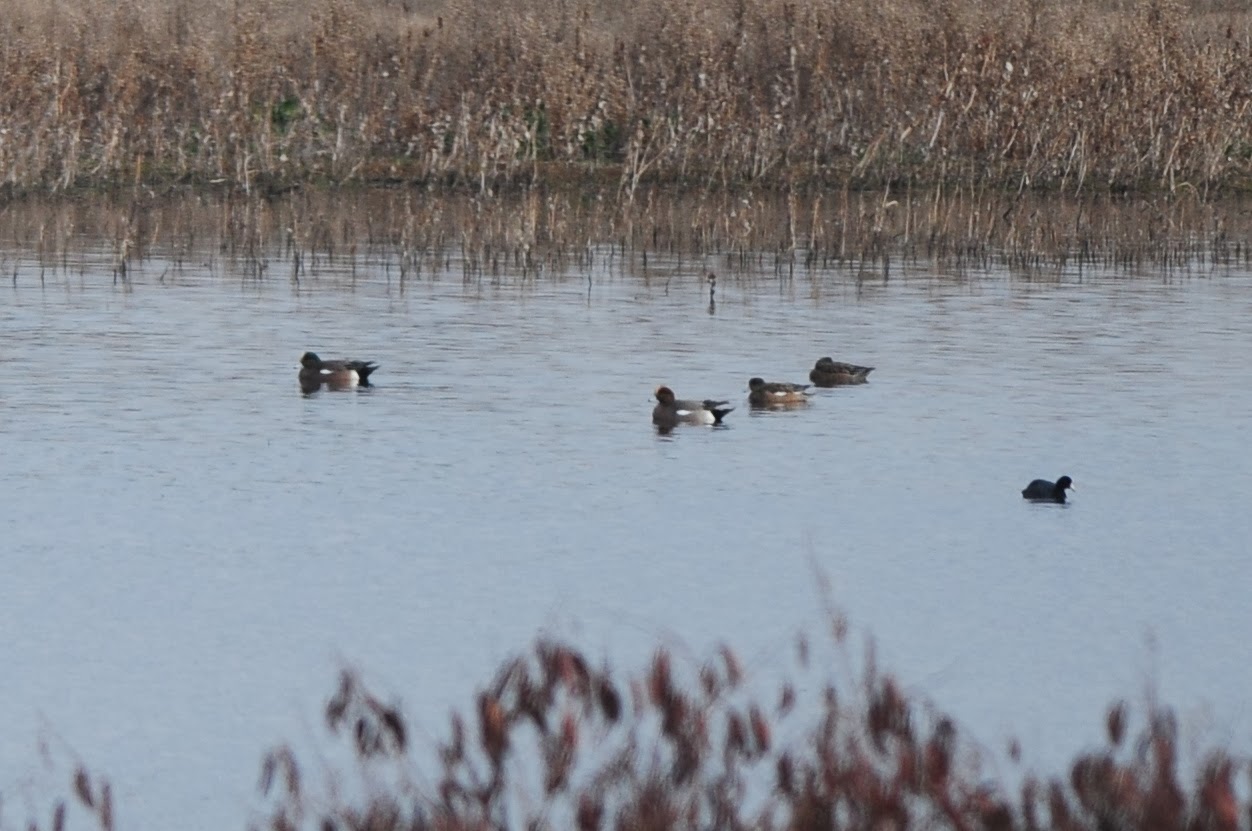 Later yet in the week, I visited a local patch of mine (that absolutely never gets birded by anyone else), the Elk Grove Regional Park near Highway 99.  I was hoping for maybe a year bird like Brown Creeper or Red-breasted Sapsucker.  Instead, the only year bird I kicked around were two BLACK-THROATED GRAY WARBLERS, a fairly uncommon winter resident in the Central Valley.  This record is maybe the 10th in the entire Central Valley in the last 30 days.  Here's a very backlit photo for documentation: 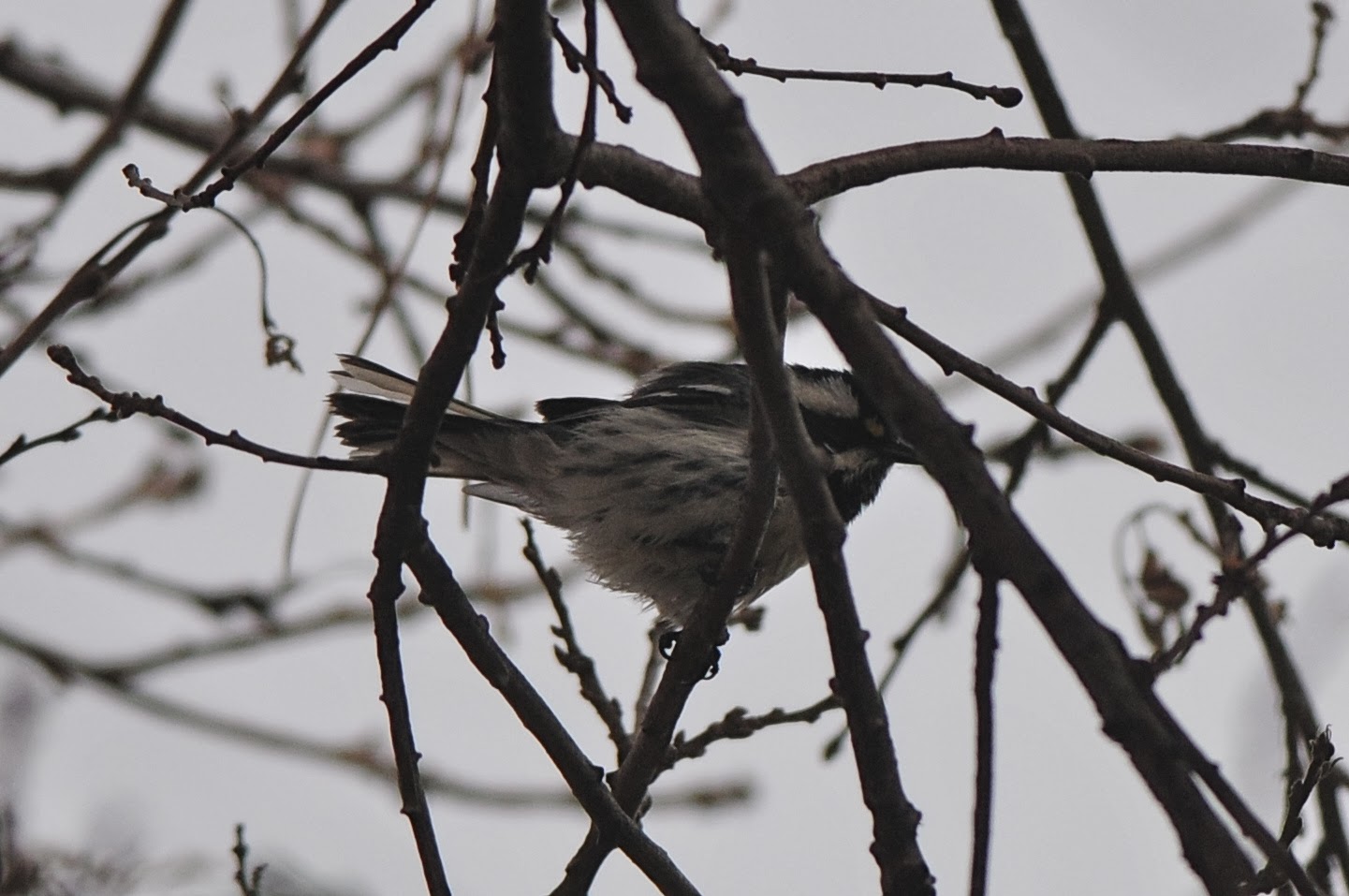 Slightly less exciting (ok, MUCH less exciting) was this EURASIAN COLLARED-DOVE that allowed a quick picture or two.  This species' range has expanded alarmingly fast here in the US.  Twenty years ago they were essentially non-existent in the state; now they're abundant: 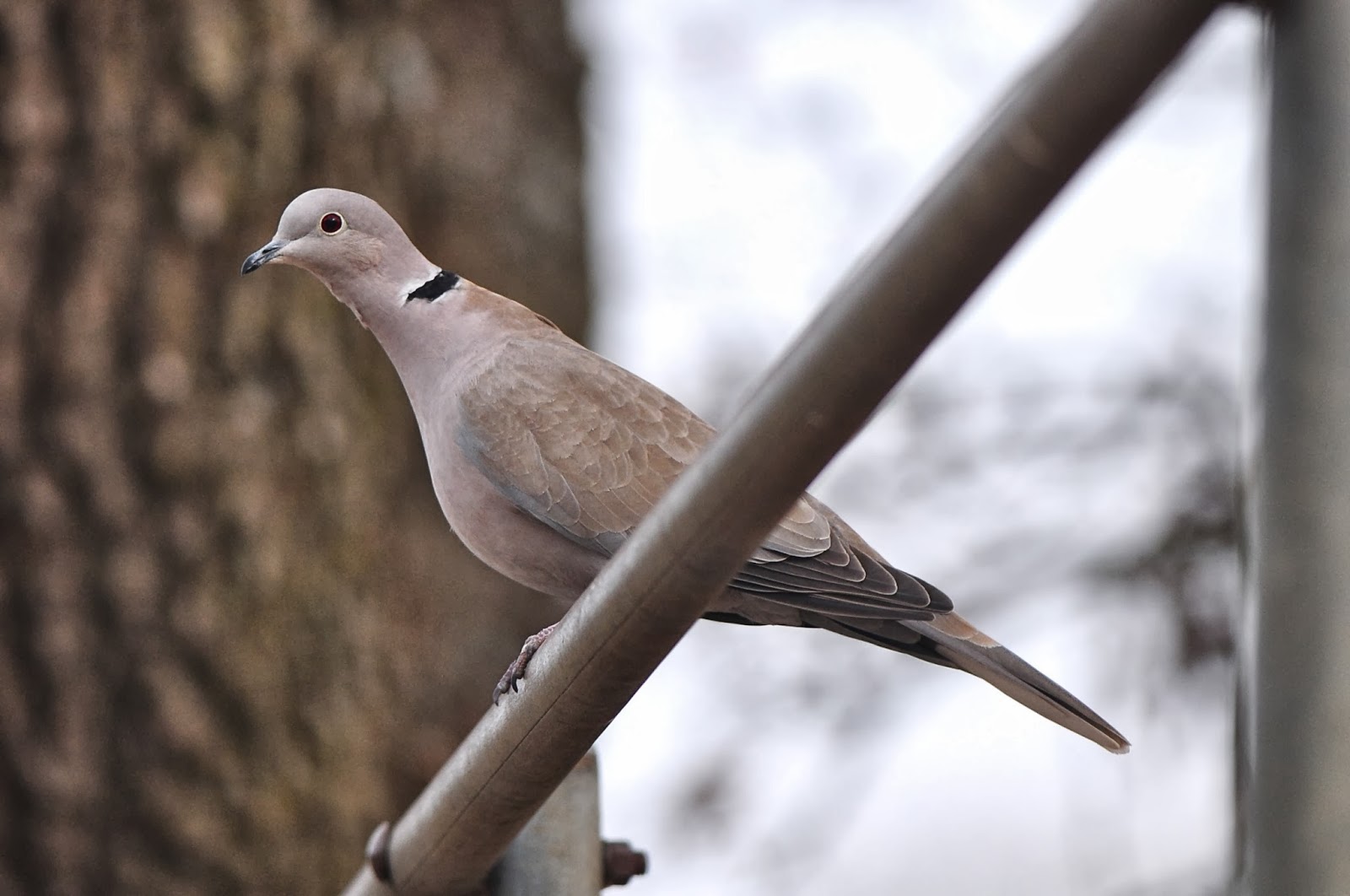 So here I am, 9 days into the new year and I've only birded in Sacramento County.  It's been fun though and my year list currently sits at 135 species.  Hmm, maybe instead of sharing these mediocre photos, I should be outside trying to find some year birds I've missed so far such as:

In case you're actually wondering what I've seen so far, I'll just paste in my current year list for Sacramento County.  Enjoy: