As the "Sizable Year" is coming to a close, I've had half a mind to focus on chasing year birds whereas the more logical half just stays local.

The part that whispers rotten things in my ears, like "Go to Bodega Bay, maybe you can find an Ancient Murrelet or Short-tailed Shearwater" got the best of me last week.  Neither of those year birds materialized in my optics so I had to take pictures of more common species.  First up, a standard WHITE-CROWNED SPARROW: 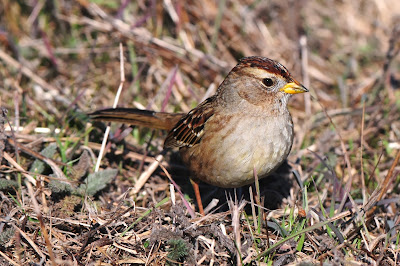 The number of BRANT was pretty decent (~1500), as one would expect, including some that weren't way out in the middle of the bay: 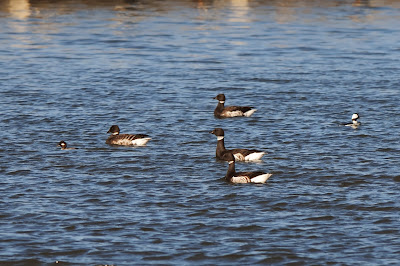 The wintering flock of MARBLED GODWITS and WILLETS were reliable as ever at Porto Bodega: 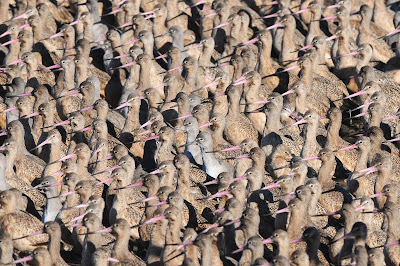 Birders who have been birding for a long time notice when other birders mispronounce names.  It just happens.  An example I've heard a lot through the years is calling a scoter a "scooter".  Well, here's the boat version of this FAIL: 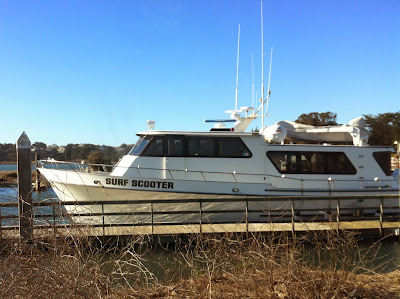 I really do like Bodega Bay although THE BIRDS never seem to mob me for some strange reason.  Here's a view of the jetties on this clear winter day: 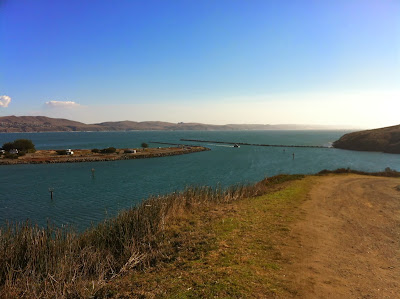 I also took a quick trip down to Morro Bay in San Luis Obispo County.  Although I didn't see any year birds, I did find these three ROSS'S GEESE roosting with a flock of gulls!  This sighting was apparently quite uncommon for this location; the last time 3+ had been seen was back in 2007: 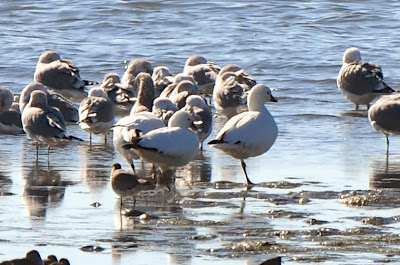 I think I'll be back to Morro Bay soon; it's a really species-rich area with a lot of potential (yes, I'm only realizing this after living in CA for 2-3 years). 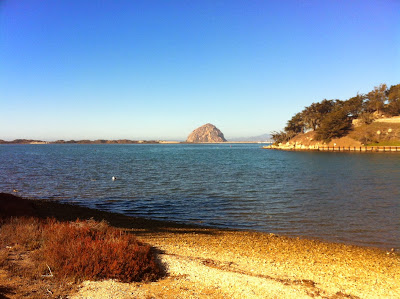 But like I said above, some of my birding has just been local.  For instance, I drove south 15 minutes to Staten Island which is a great place to sift through waterfowl.  In jotting down a few neck collar codes on "Aleutian" Cackling Geese, I stumbled on this weirdo.  It looks to be a CANADA X GREATER WHITE-FRONTED GOOSE hybrid: 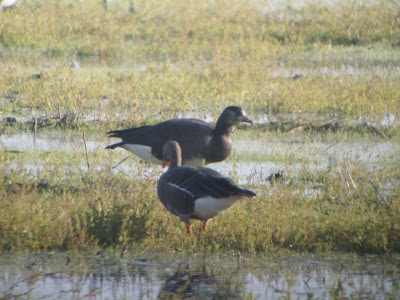 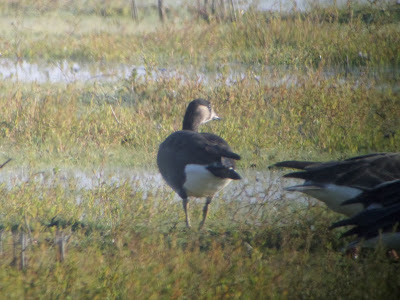 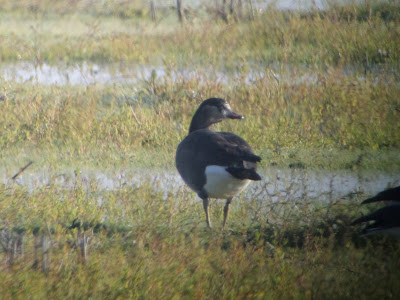