You've probably seen me mention "local patches" before but do you know what I'm referring to?  Or maybe you've heard some other birder mention their "local patch"?   This blog entry is devoted to that idea, or more specifically, one particular local patch that I recently discovered.

Simply put, I consider any local park that I bird from time to time a "local patch".  For example, I live in Elk Grove and there are 3-4 parks within a 10 minute drive that I consider my local patches.  These aren't glorious tracts of untouched forest or grassland, they aren't attracting any other birders (which, I won't lie, is kind of nice); these simply are little patches of "slightly birdy" habitat.

My recent discovery started when I was fooling around on eBird the other day, specifically the "Hotspot Explorer" function that was added recently: 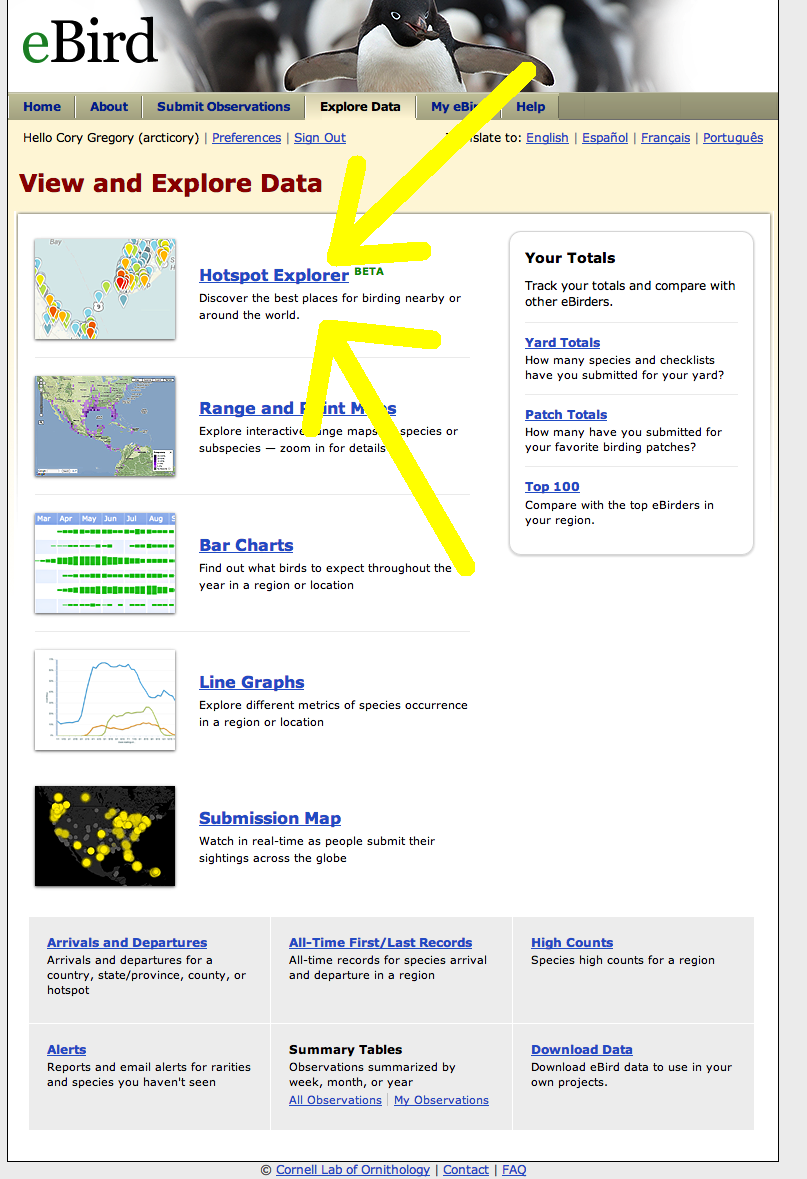 Once there, I zoomed in on my neighborhood using the map and found a couple of pins where existing hotspots already existed.  One of them I didn't recognize, it was labeled "Camden Park" and was only 7.4 miles from my house.  Interesting.  So I hopped in the car and went there.

Here's a map of the general area (note, you can switch it to "satellite view" to see more detail):

I wasn't expecting much, honestly (you can't let yourself get too hyped up about junk like this).  However, after spending a few minutes there, I found myself impressed with the variety.  Remember, this is a pretty urban park in an area where urban parks can be pretty disappointing.  However, there were some nice marshes with lots of thick veg, some open water, etc.

It didn't take long to notice the waterfowl on the small ponds.  Included were things like MALLARDS, GADWALL, AMERICAN WIGEON, and a plethora of CANADA GEESE. 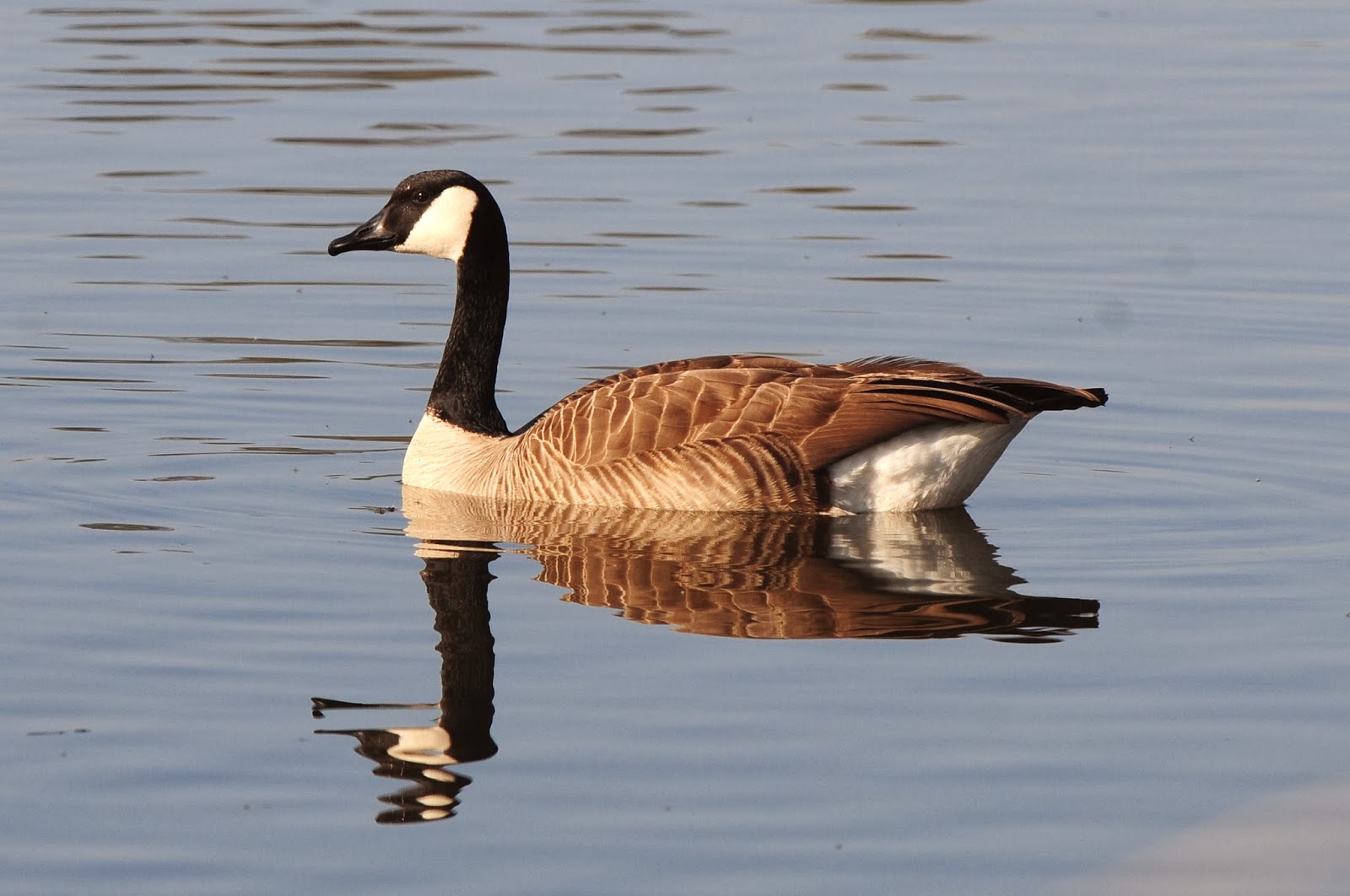 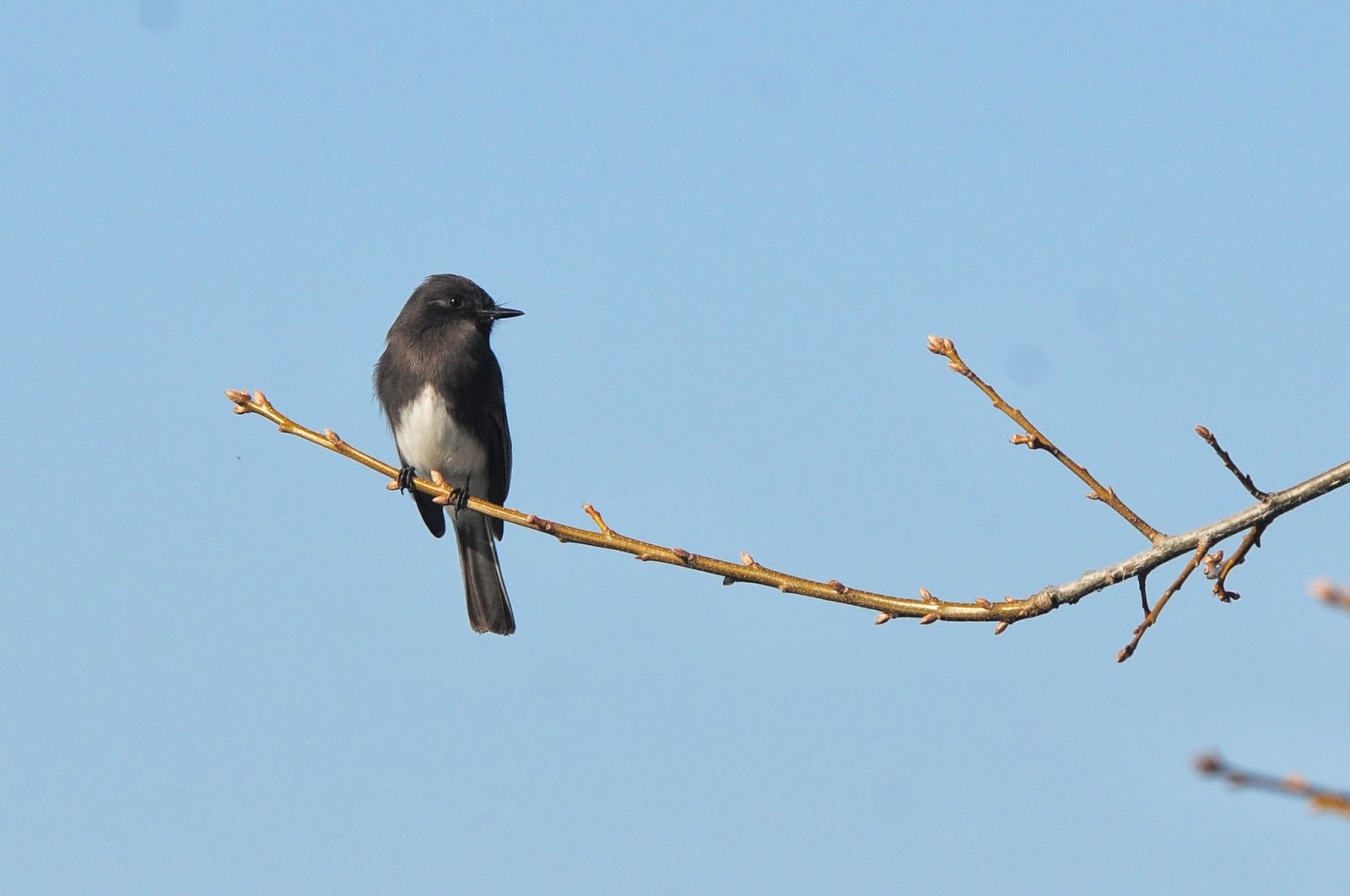 Camden Park offers a couple of things that my other local patches just don't.  For example, BLACK-CROWNED NIGHT-HERONS often roost in (or on) the thick veg.  Today I ended up with 3. 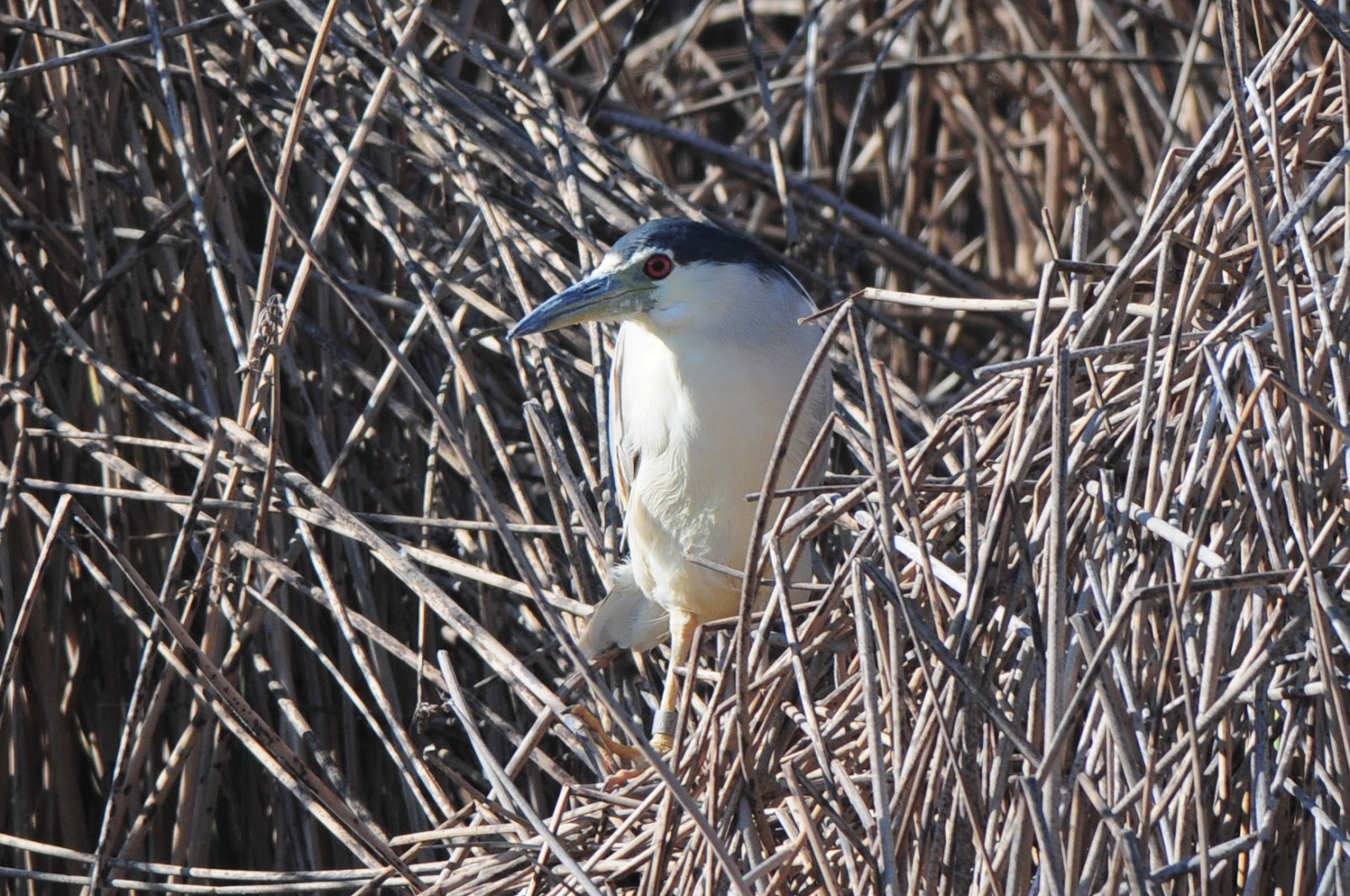 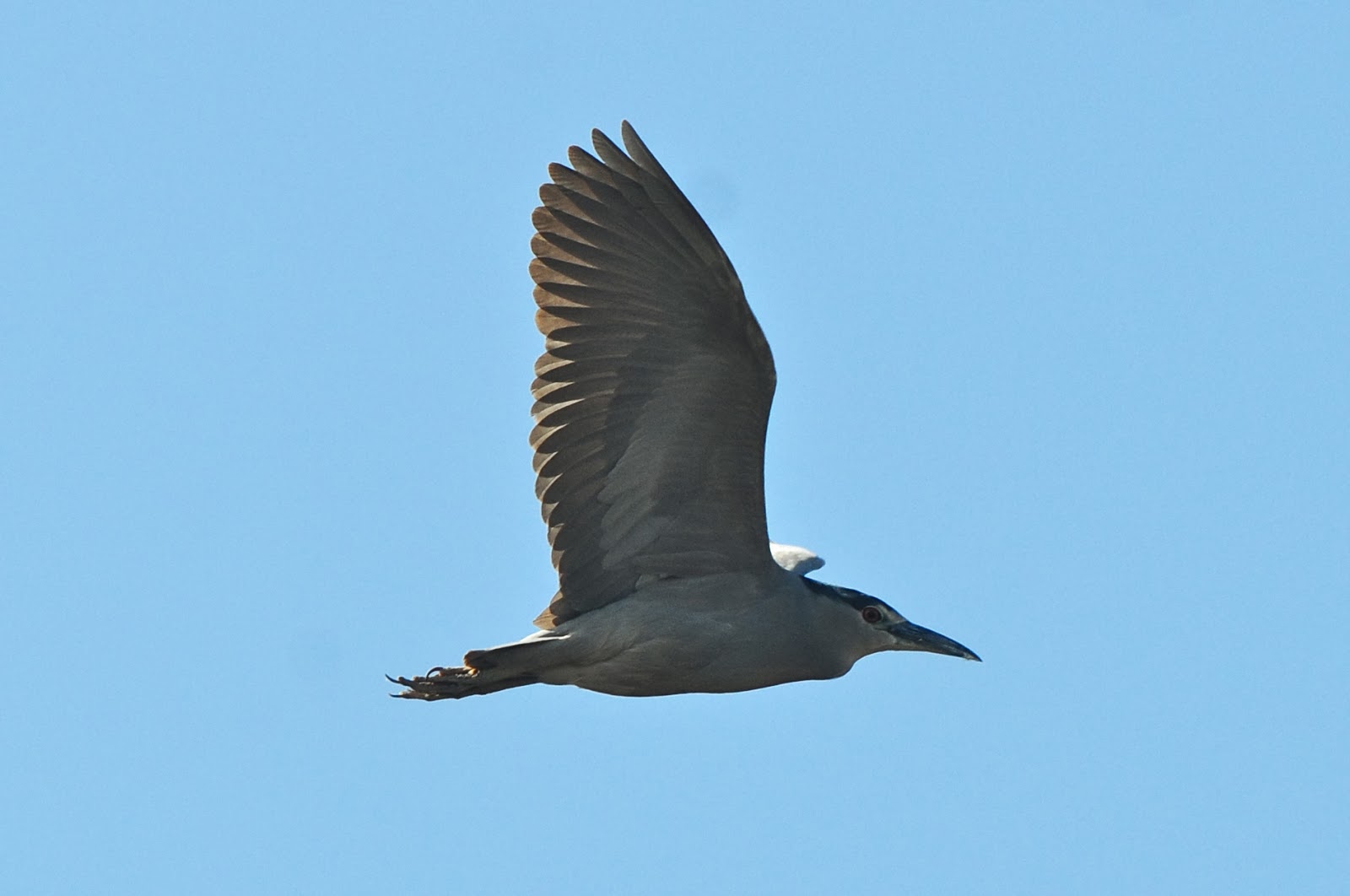 The most common bird of prey at Camden Park seems to be the 2-4 resident WHITE-TAILED KITES.  Here in the Central Valley, you can sometimes just find them perched in your neighborhood trees: 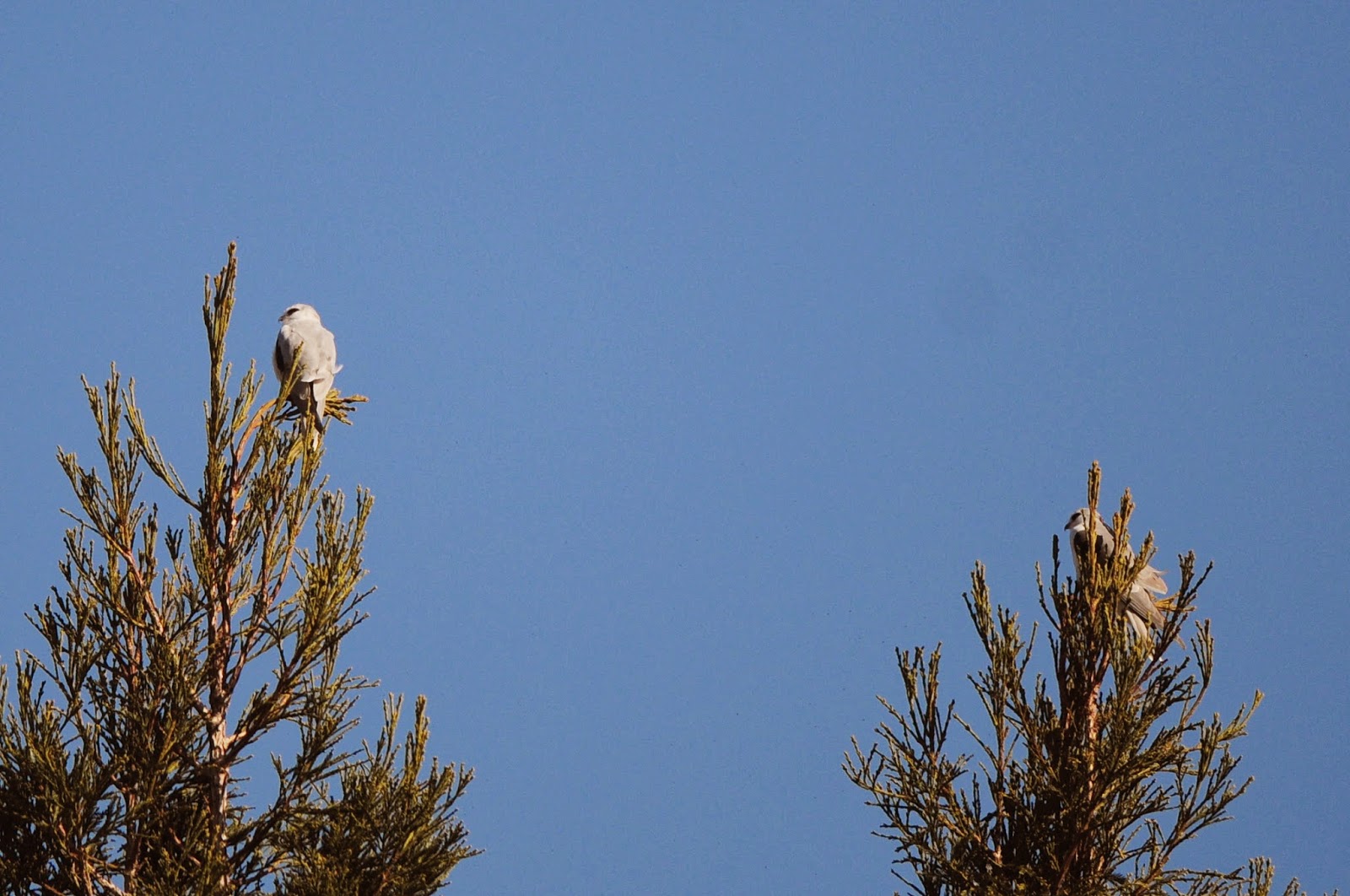 I was even more surprised to find this RED-BREASTED SAPSUCKER in the park today.  I looked around and didn't see any of the evergreen trees I would have expected it to be near: 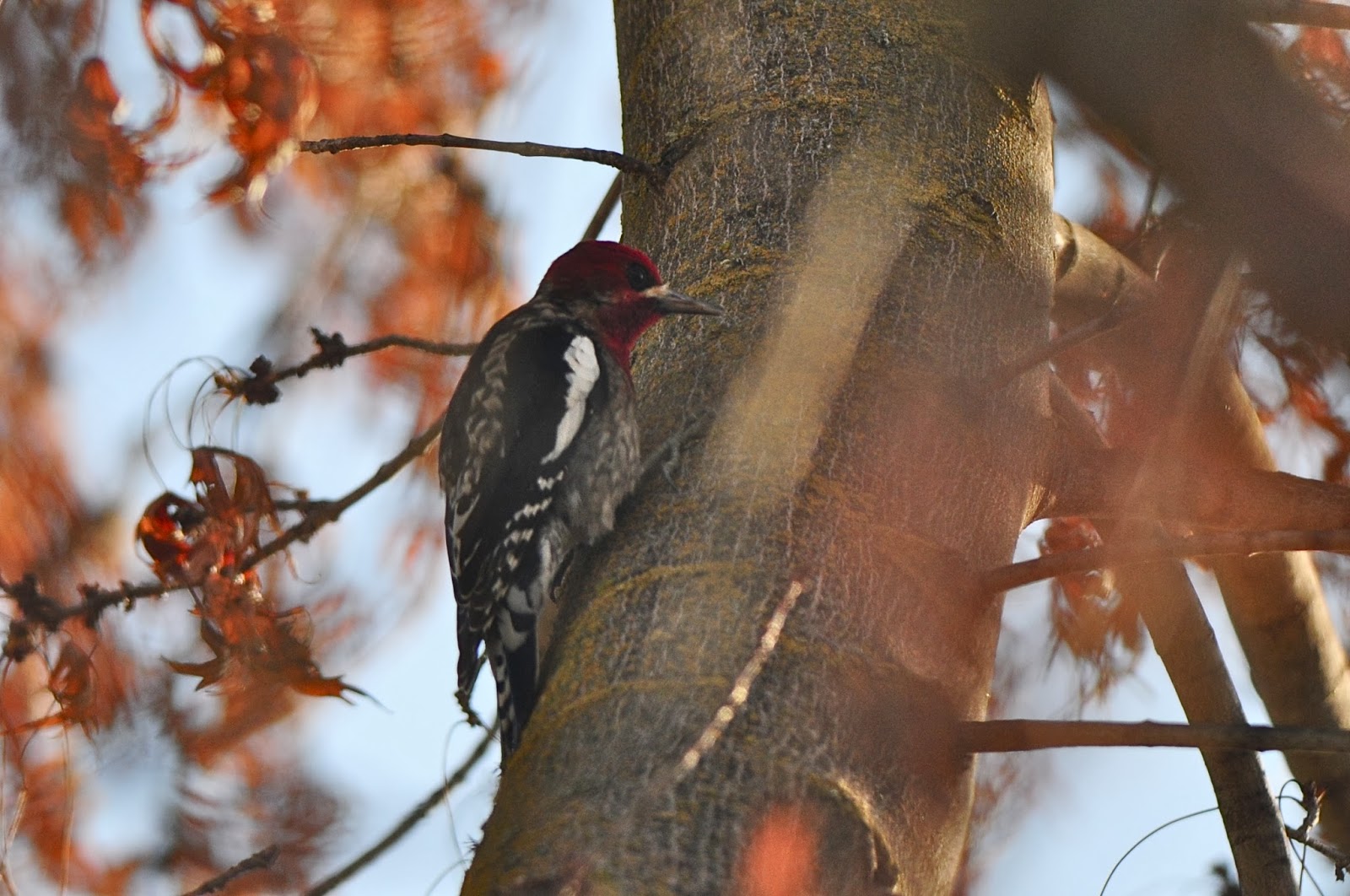 At one point, it flew across the street and landed on a palm!  I can safely say I've never seen any species of sapsucker on a palm tree before today: 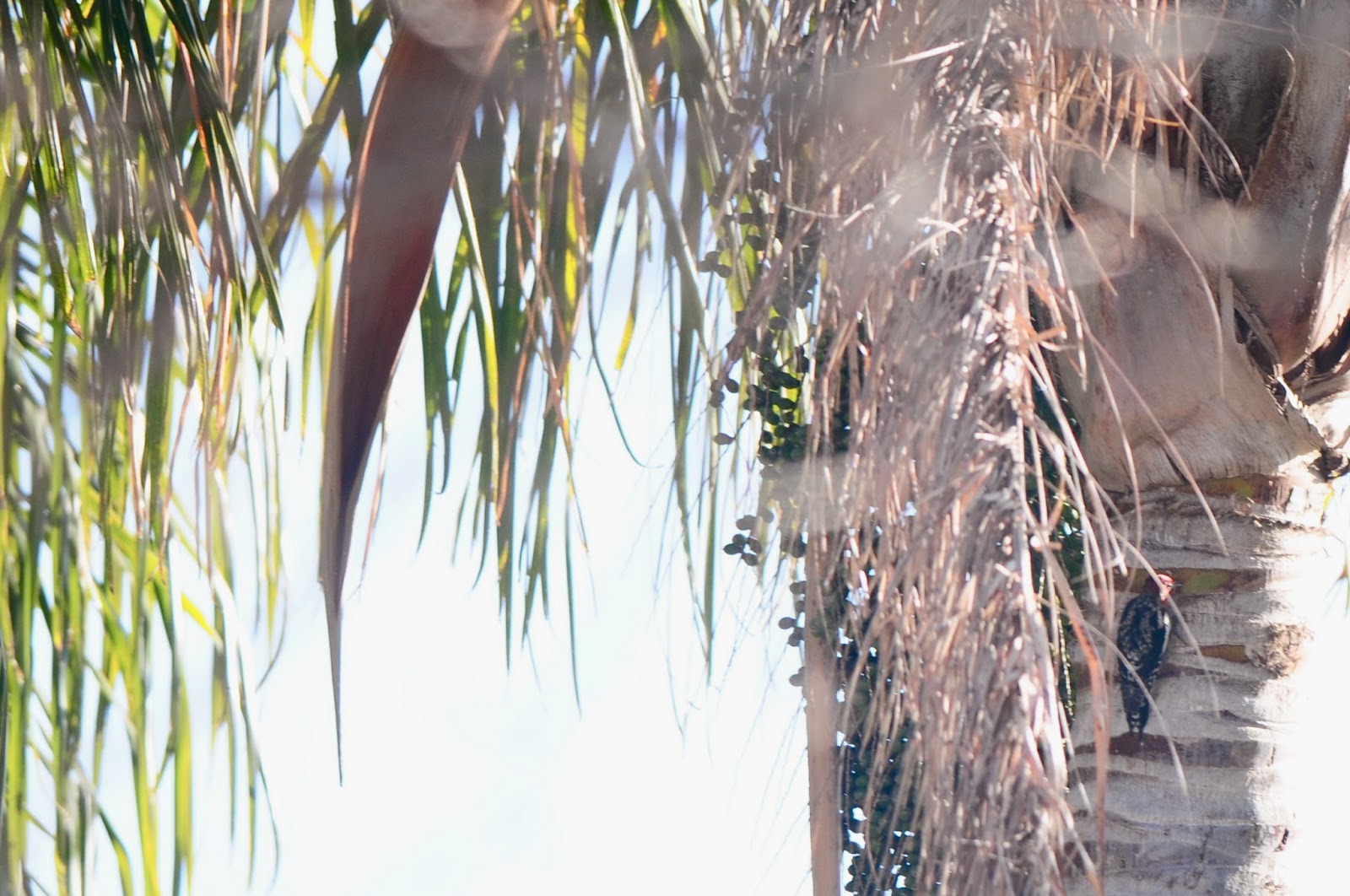 However, probably the most bizarre sighting today at Camden Park was this RING-NECKED PHEASANT that was strutting about on the mowed grass.  With so little suitable habitat, I was pretty stunned to find this species in such an urban environment: 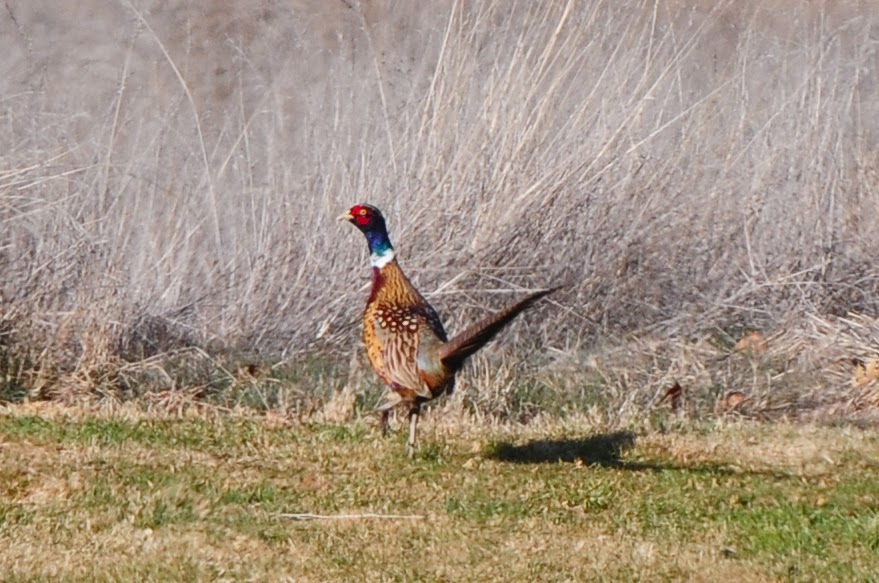 So all in all, I tallied 50+ species today in less than 90 minutes, not a bad feat for being in the middle of winter (and town!).  If you want further details about what I saw today, you can see my checklist here.

Before I go, here are two photos I thought I'd share.  I took recently but from a different local patch (Elk Grove Regional Park).  First is a YELLOW-BILLED MAGPIE: 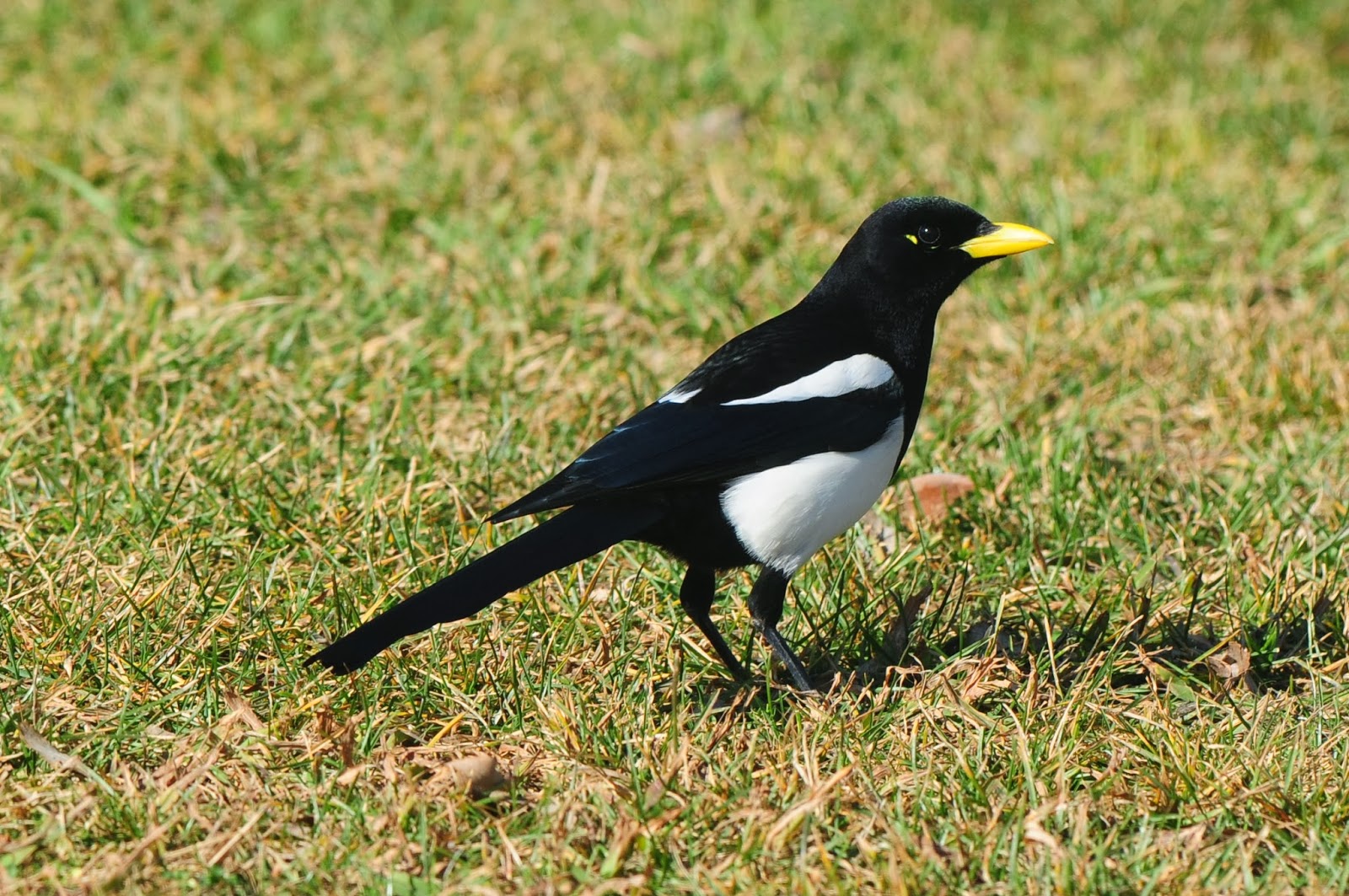 ... and then this WESTERN SCRUB-JAY: 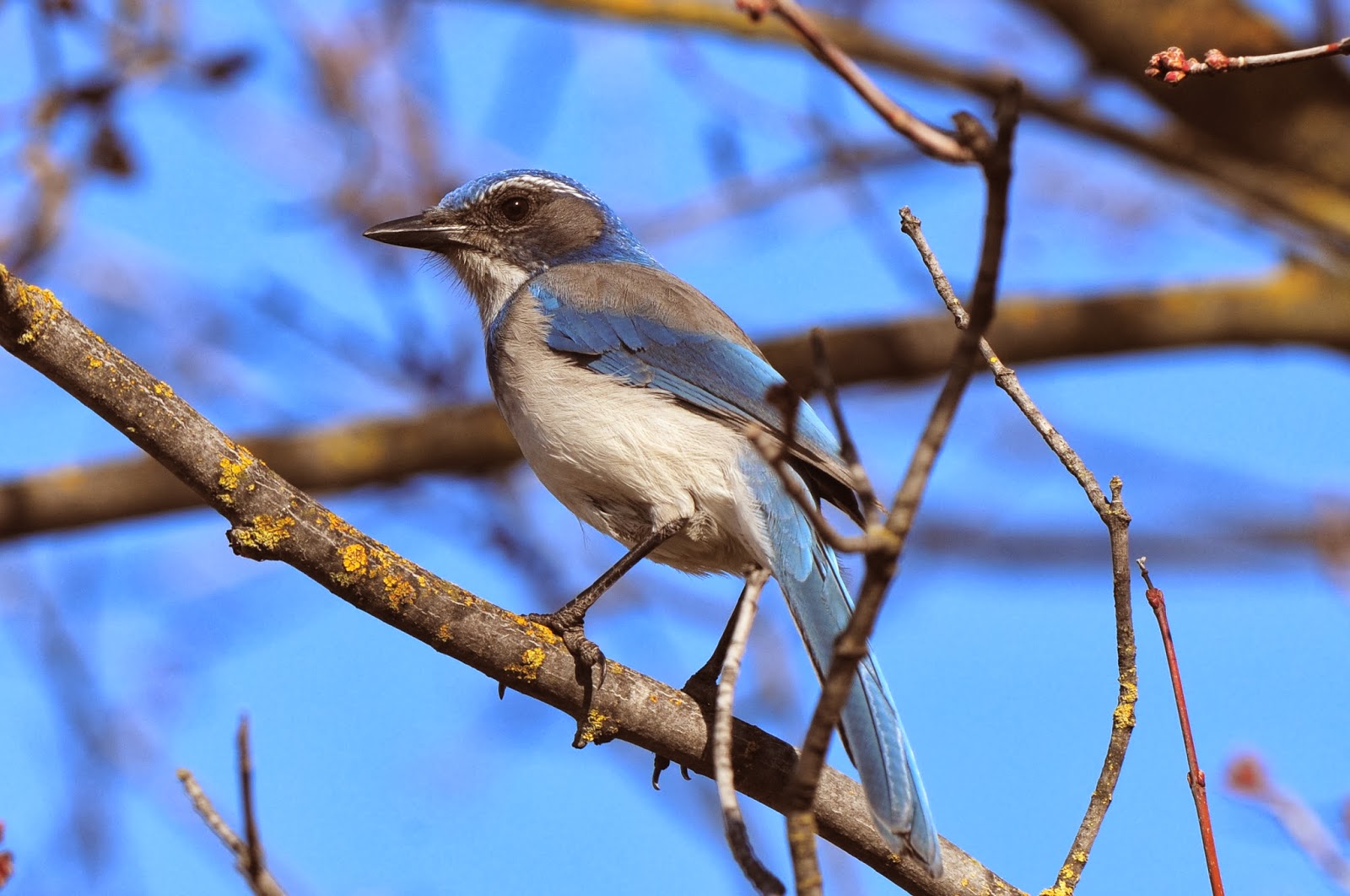 That's all for now.  You can expect a book review just around the corner...