So far this year I've limited 100% of my birding to two counties in California; Solano and Sacramento.

Even though there aren't life birds or mega rarities in these parts at the moment, it's been enjoyable keeping tabs on county birds this year and trying my best to stay on top of things.  Even though I reached 150 species in Sacramento County this past week, I've been keen to continue finding species that have escaped me so far.  At least for me, birding is at its most interesting when there are goals and targets involved.

One such target was HUTTON'S VIREO, an uncommon year-round resident in the Central Valley.  I finally tracked one down the other day at Cosumnes River Preserve (with such a distinctive song, it was straightforward to pick out).  To untrained eyes, this species can resemble RUBY-CROWNED KINGLET but note the thick bill among other things: 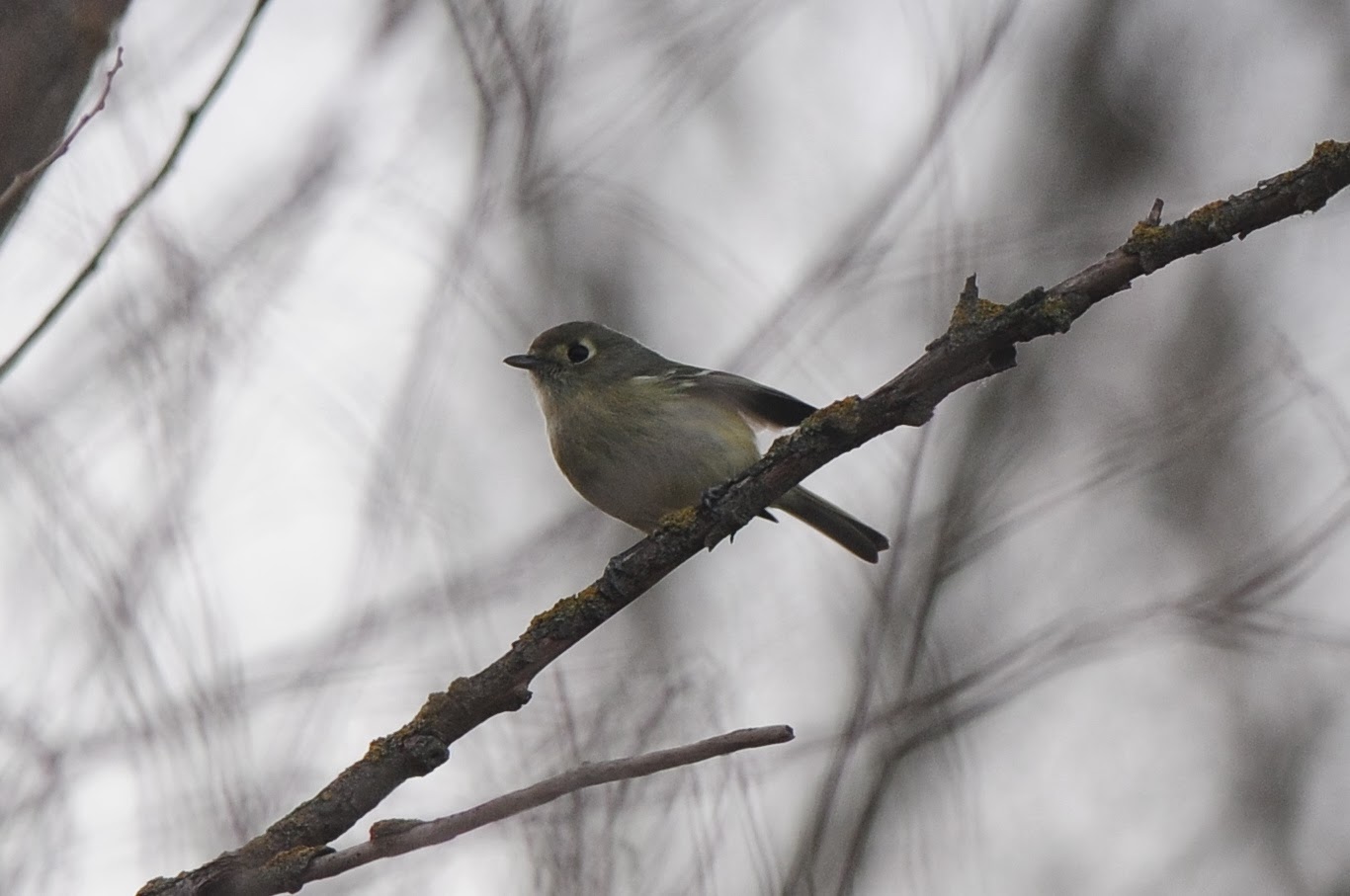 The vireo was in good company; we tallied 70+ species on that checklist.

Another species I was missing was BLUE-WINGED TEAL (no, they're NOT common here).  After quite a few checks at Cosumnes River Preserve, I finally found two males there this morning.  Here's one of them: 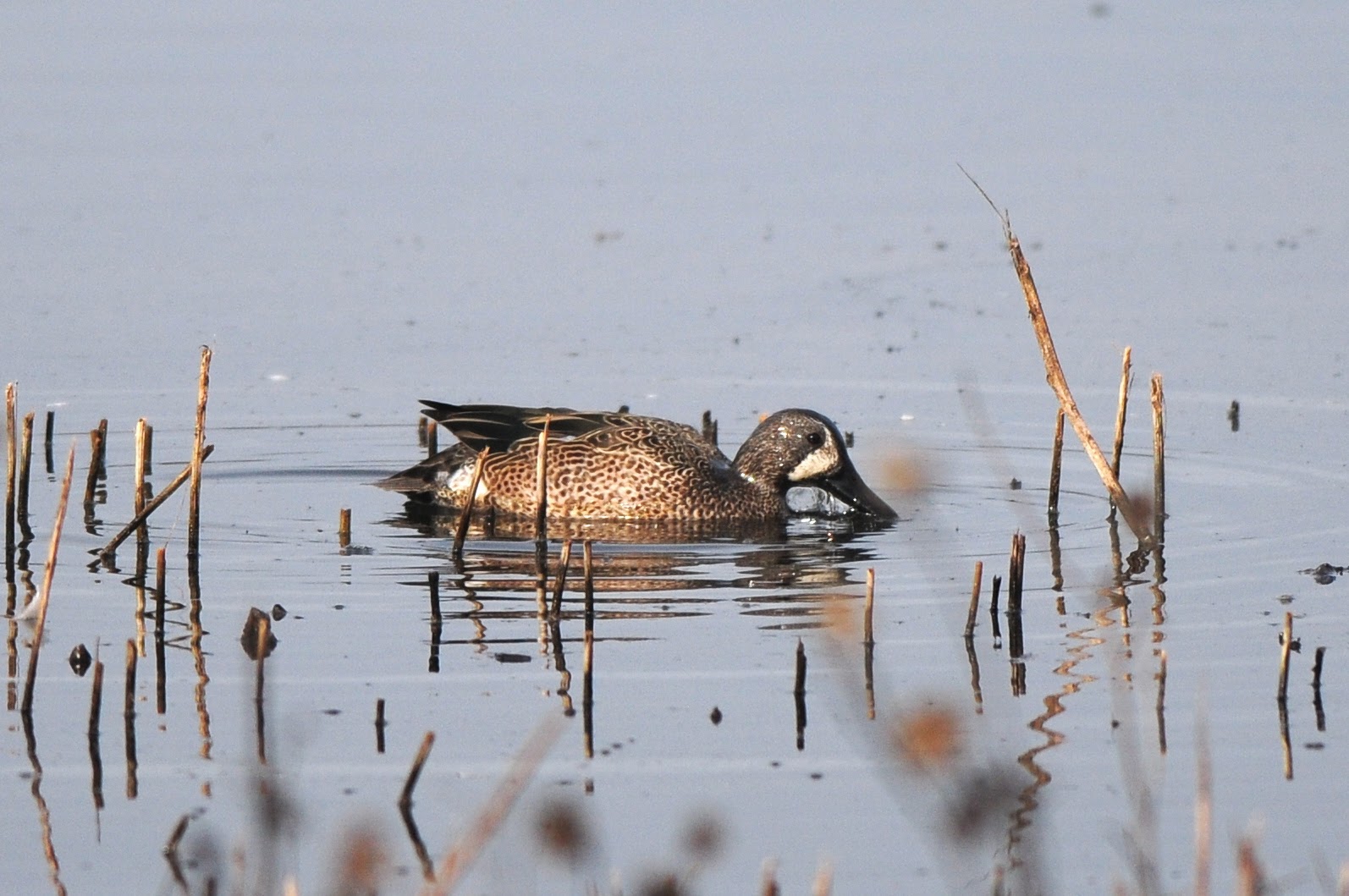 Here's a pintail from this morning as well: 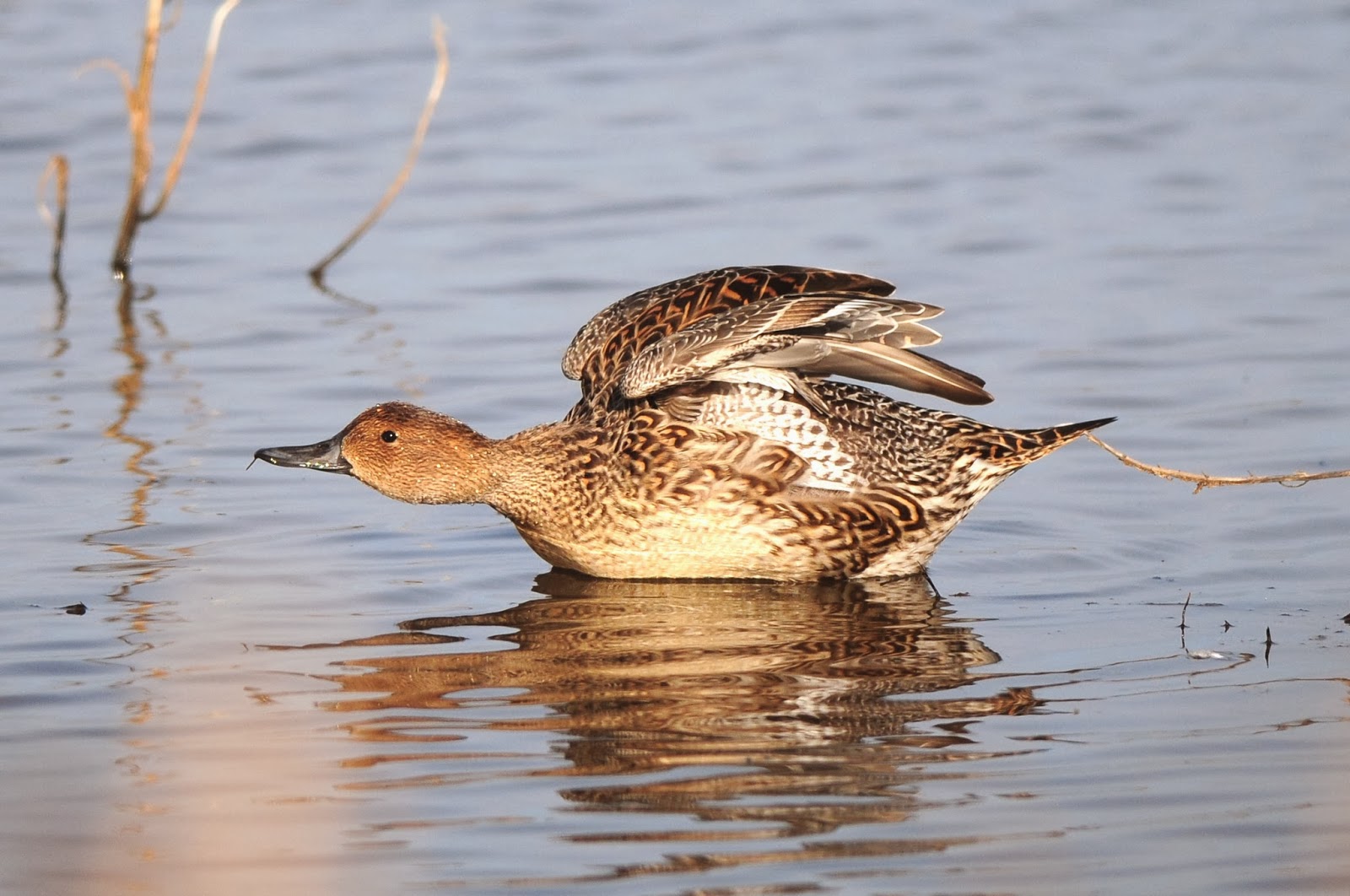 So here are some other species I'm still hunting for this year in Sacramento County:

The first three are giving me a major headache....